4. There are plenty of shows to choose from, and many free programs as well (e.g., Bellagio Fountain Show)

5. You don't have to worry about the rain

6. There is no such big show business and gambling city anywhere else in the world; the atmosphere is unique, even people-watching in itself is an enjoyable program

7. There are plenty of amazing, surprising architectural creations.

9. The Mirage Full Eruption Show and, full moon over the Eiffel Tower 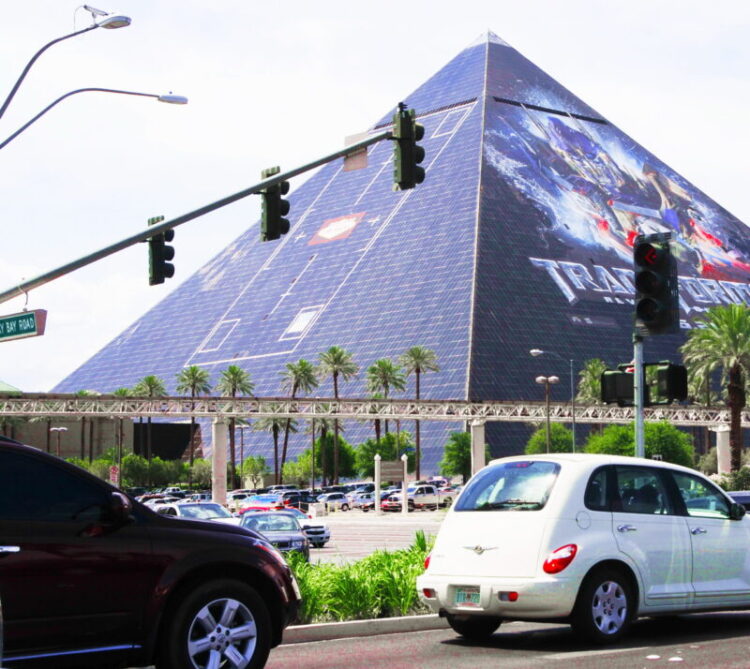 Las Vegas - Luxor, a resort&casino - Apart from me, who cares that the Egyptian Luxor has no pyramids at all? - Elter photo

1. Las Vegas - a Starbucks - one bottle of Italian sparkling mineral water for 5,14 USD (the price was not marked)

3. To whirl in my thoughts whether this Las Vegas phenomenon is massive, ridiculous kitsch, or a superb professional, amusing, funny visual world

4. The world of gambling is not my liking so that I couldn’t immerse myself so much in this entire experience.

5. The total cost of a night entertainment always comes out more than what we have planned - Las Vegas is very professional at shortening the content of your wallet

6. The constant noise and crowd, after a while, became annoying

7. The cold in the hotels and restaurants because of the air condition

8. Our hotel was so big that we had a 15-minute walk from point A to point B

9. Six USD deduction for withdrawing money from the ATM

10. We should have spent a day less here and dedicate that day off to spend more time in San Francisco 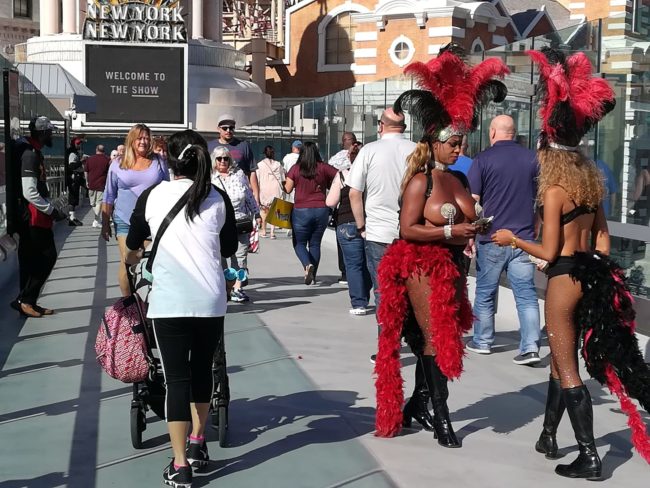 “Likes
1.    There are plenty of cheap but good-quality hotels
2.    The casinos and hotels, which we’ve all seen in films and TV series
3.    In the evening, after dark, the whole Strip is bathed in light, and even people who aren’t generally impressed by such ‘artificial’ displays are sure to be captivated by the spectacle
4.    The musical fountain show outside the Bellagio, which is performed twice every evening
5.    “Venice” with its bridges and gondolas
6.    The old-town section downtown, where you can walk along covered streets, and the Fremont Street Experience, which is full of colorful, flashing lights
7.    The big boulevards
8.    The Hoover Dam is only about half an hour from Las Vegas by car. It’s a monumental, breathtaking structure, on the border between two states. It’s interesting to stand in the middle of the dam, and know that if you take a step to the left or right you’re crossing between different time zones!

Dislikes
1.    It’s crazy hot during the day in August – I even found it difficult to breathe when I first stepped out onto the street
2.    Every enclosed space runs the air conditioning on full blast
3.    Fast-food restaurants on top of fast-food restaurants and the ‘proper’ restaurants are very expensive
4.    Every diner offers humongous portions – hard for a European stomach to handle!
5.    Sugary soft drinks everywhere – even the lemonade was just too sweet for me to drink
6.    The local buses are expensive, and there’s so much traffic in the evening that they move at a crawl
7.    Hardly any shade if you’re out on the street during the day
8.    The lack of fresh air in hotels: the air conditioning meant it was impossible to open the hotel windows

Also:
I only went to Las Vegas because I wanted to see it once. It was never going to be my favorite destination, since I’m not the typical visitor to the US, obsessed with the more-more-more-and-even-more character of American life, and the most artificial city in the country.
By day the city really isn’t anything special. In fact, it’s pretty boring – all you can really do is go to the casino, relax, or maybe swim in the hotel pool. When evening comes, on the other hand, the temperature drops a little and everyone revives. People here like to show themselves to the best advantage: everyone dresses well, and a cloud of perfume and aftershave envelopes everything. People stop off at restaurants, or to try their luck at the casino, or else just stroll along the Strip. Even those who generally don’t like ‘artificial’ places are sure to find some magic in Vegas. The light and sparkle is so overwhelming that it captivates everyone! You find yourself picking up the general mood, and letting yourself gape in childlike awe at a glowing building, or fountain, or casino. For me, it was like stepping into another world. It’s possible to just walk for hours, and stop only when your feet are too tired to carry you any further! (Agnes, 2017)

“Be sure, if you haven’t yet turned 21 (the age of majority in the USA) then be careful when it comes to using the slot machines, since it’s possible that one of the hundreds of security guards will spot you and ask you to leave. Also, it’s worth knowing in advance how much time you’ll have in the city, and then planning what you’re most anxious to see If you want to explore the whole strip on foot, I would estimate that you’d need to set aside at least two days for that.”

You can reach some of the casinos on the Monorail route running parallel to the Strip (ticket: 5 USD). Daytime, in the heat using Monorail is convenient. 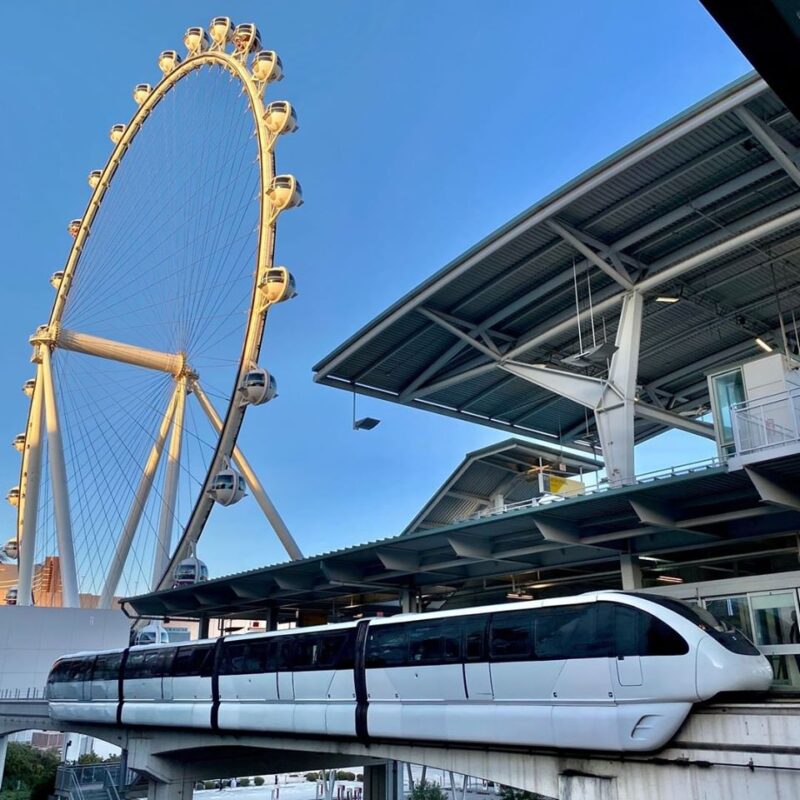 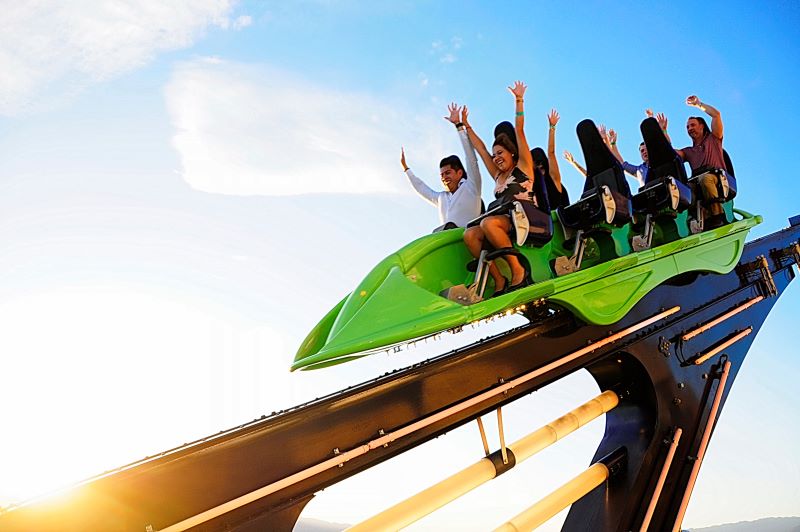 Of the 20 largest hotels in the US, 17 are in Las Vegas! Someone calculated that it would take 288 years to spend one night in every hotel room in Las Vegas.

“Every hotel on the Strip has its own theme, and thus its own unique charm – usually by trying to ‘borrow’ from somewhere else in the world. At first – maybe at second too – it sounds awful, but somehow the sheer effort they put into it makes it impressive. It at least gives you an impression of what the designer of these buildings felt when he was trying to capture his impression of the originals. 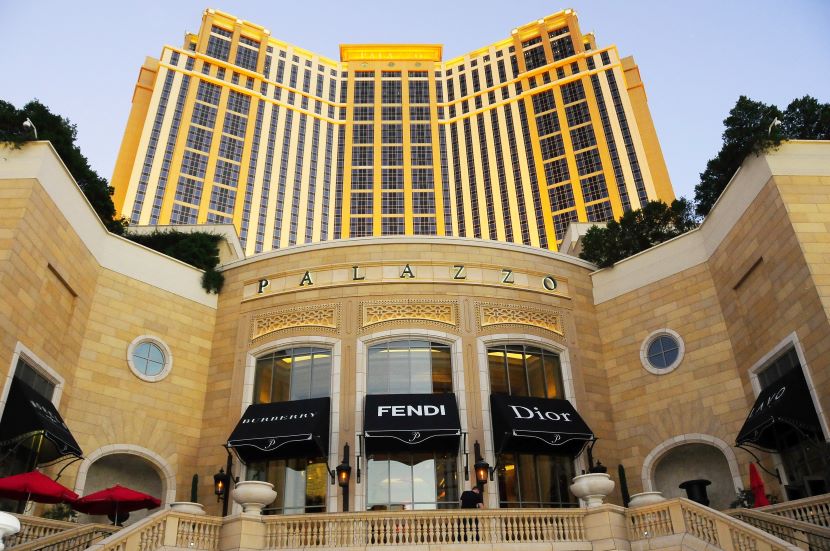 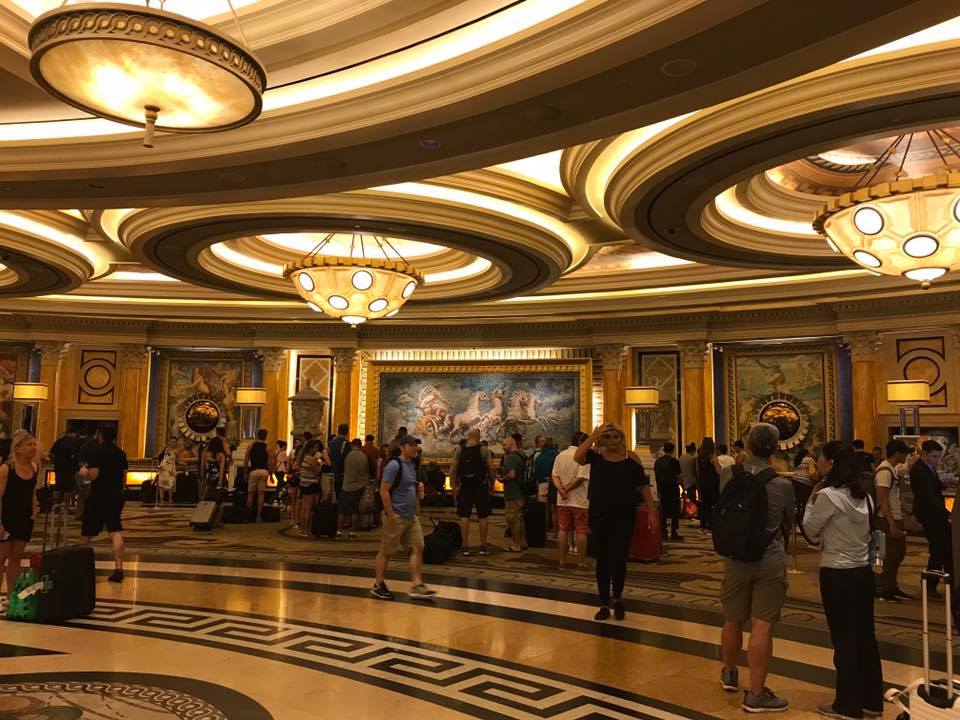 “We went to eat at the Heart Attack Grill, and I suffered for it. When we arrived, the rules were explained to it – if you don’t finish what you order, you’ll get spanked on the backside with a chopping board by a waitress in a nurse’s outfit. The person I went with – it later turned out he’d chosen the place deliberately – ordered a four-level hamburger (their biggest, the eight-level, is the biggest hamburger on sale in the world). I didn’t realize how big it was when he ordered it, since he deliberately spoke under his breath. When it arrived, I was already in shock. I did my best, but only managed three levels of hamburger, so of course, I got my spanking :D

In Las Vegas, purchases are subject to an 8.1% sales tax. 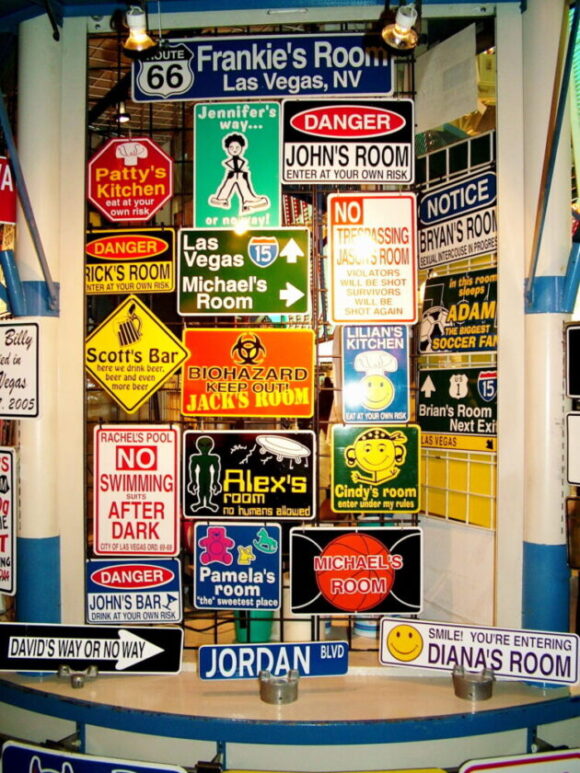 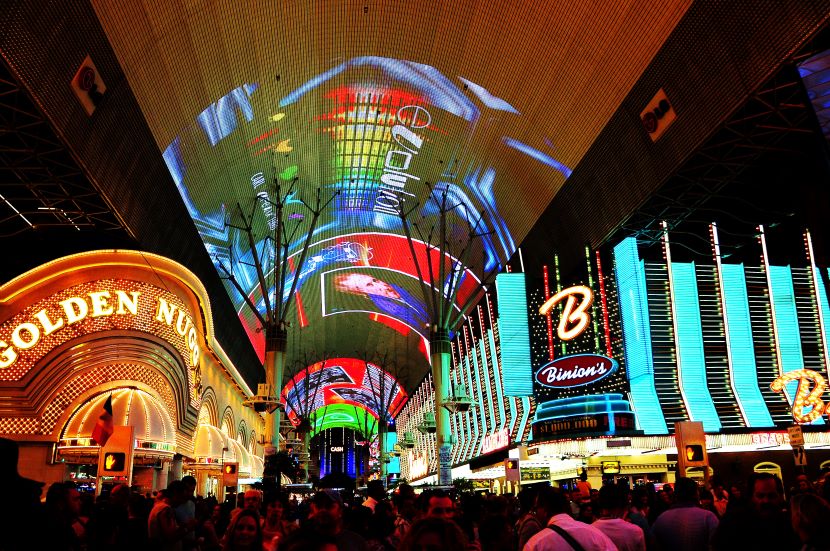 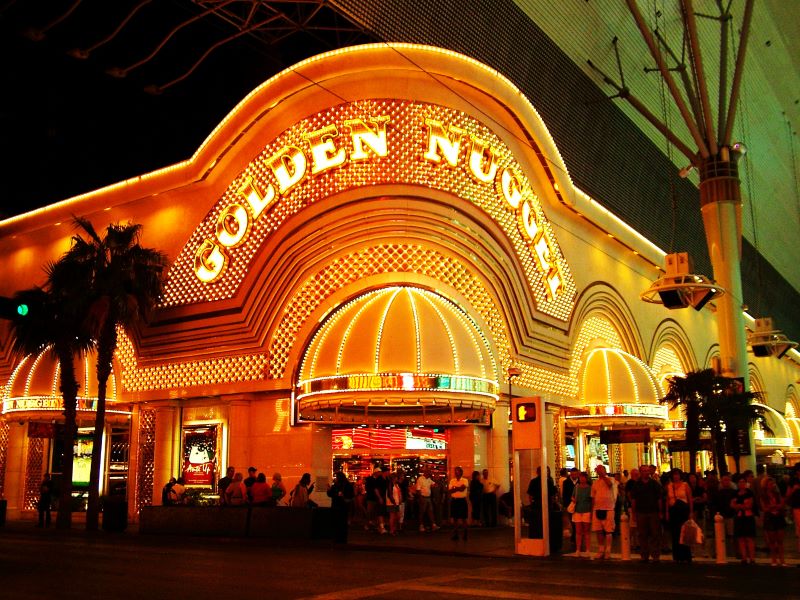 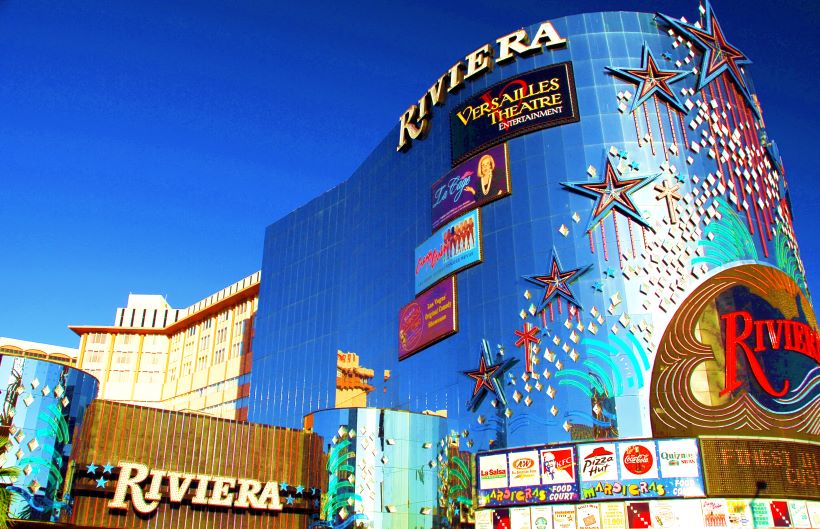 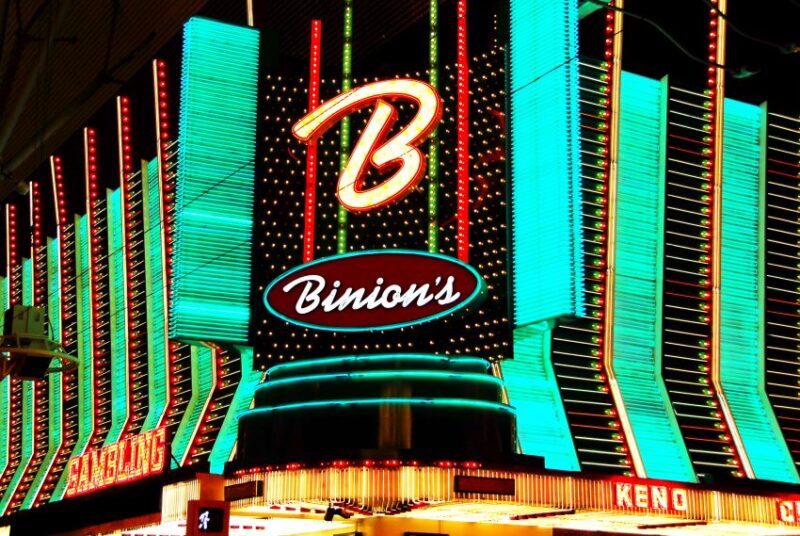 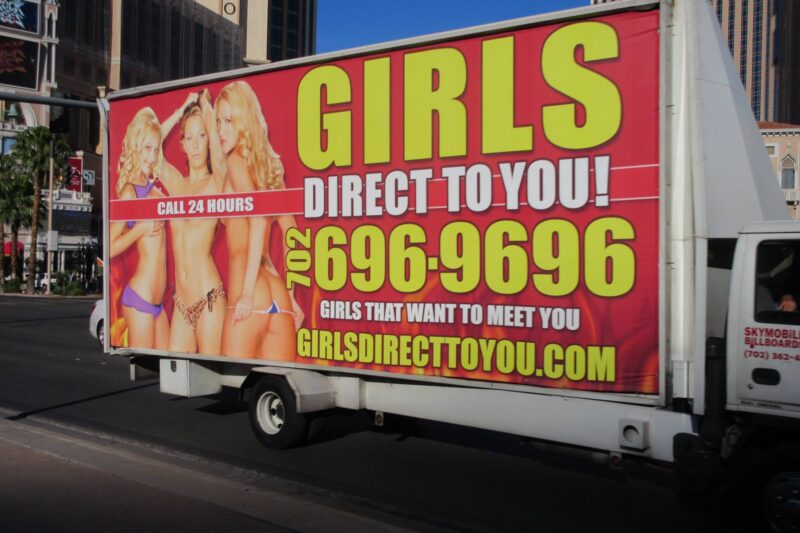 Approximately 34% of thefts and scams committed at Las Vegas casinos are to blame for the staff.

There is a so-called Black book in Las Vegas that contains a list of people banned from all local casinos.

Contrary to popular belief, prostitution is banned in Las Vegas. 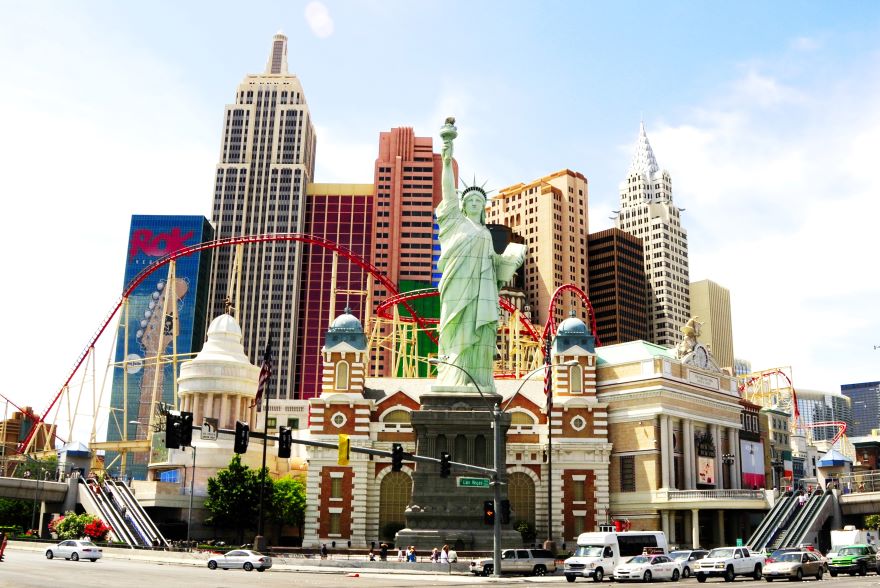 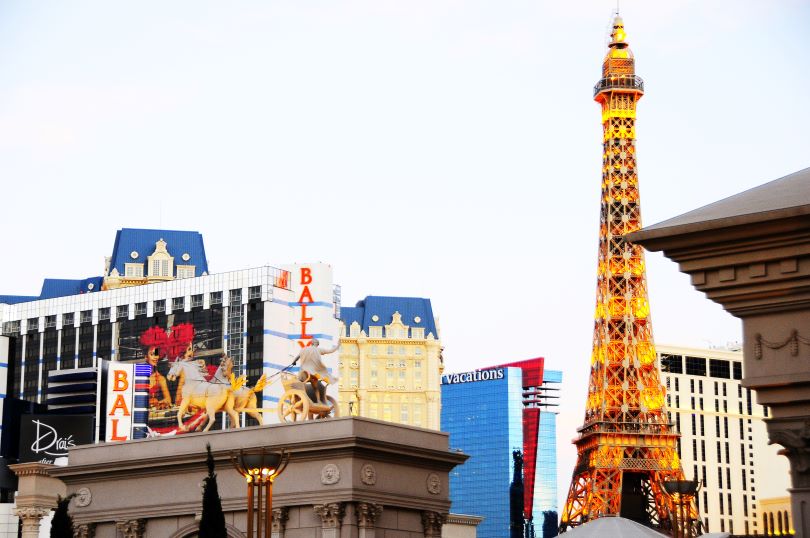 1.  In Las Vegas, you can smoke in casinos, designated hotel rooms, and bars not serving food. Smoking is prohibited in restaurants, hotel lobbies, reception rooms, the international airport, and several public areas.

2. Casinos usually turn a blind eye to all kind of behavior that is prohibited elsewhere. For instance, they do not ask for an I.D. from minors, etc. Everything is tolerated  that makes visitors spending money. 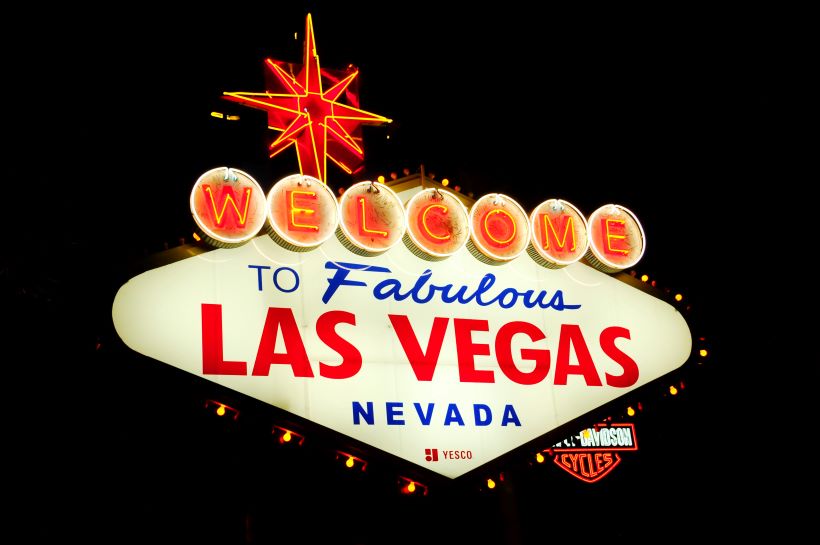 Las Vegas - the famous ,,Welcome to Fabulous Las Vegas" sign on the south side of the Strip - Karoly Elter's photo

In Las Vegas until 1870, camels were still the primary means of transportation. 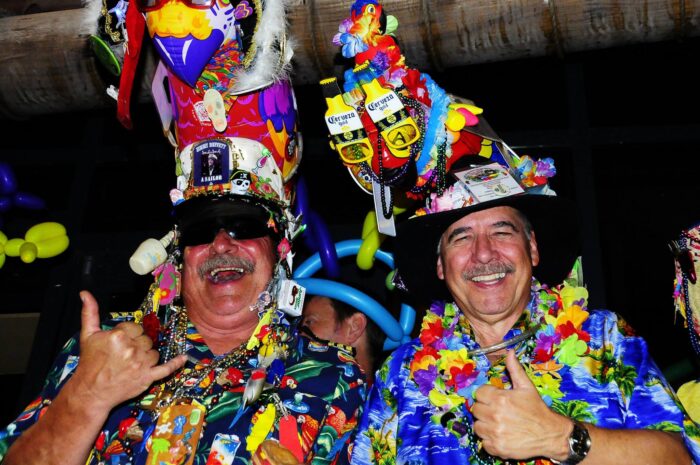 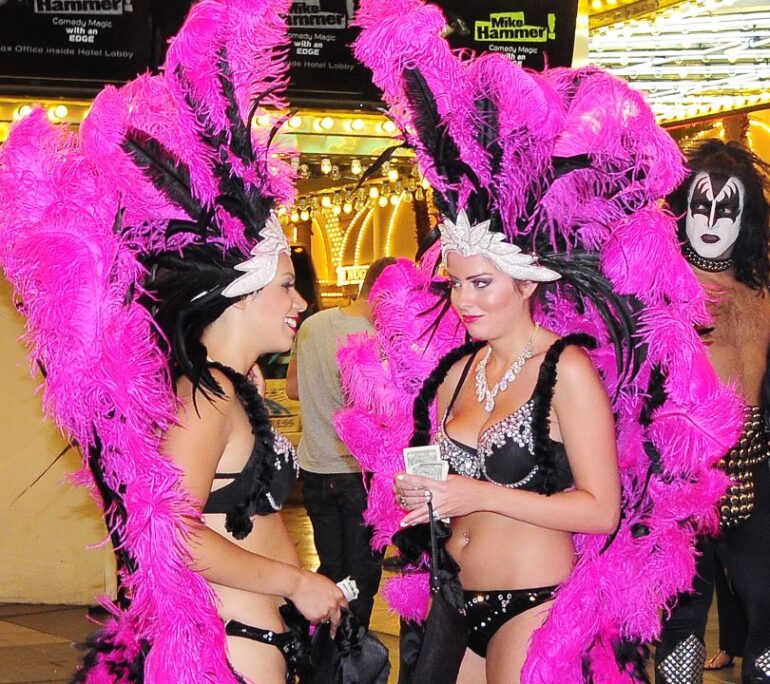 1. In casinos, security guys don't like it if anyone takes photos of the gambling customers, on the machines, gaming tables.

2. The early 1970s was the end of the era where people “dressed up” to gamble at casinos in Las Vegas. Nowadays, you are far more likely to see people wearing wrinkled lounge pants on the casino floor. No strict dress codes, even some requirements exist. 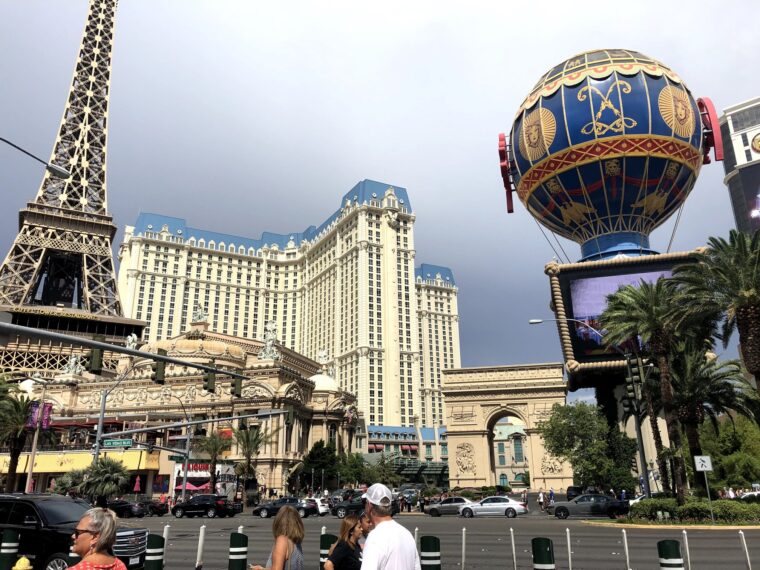 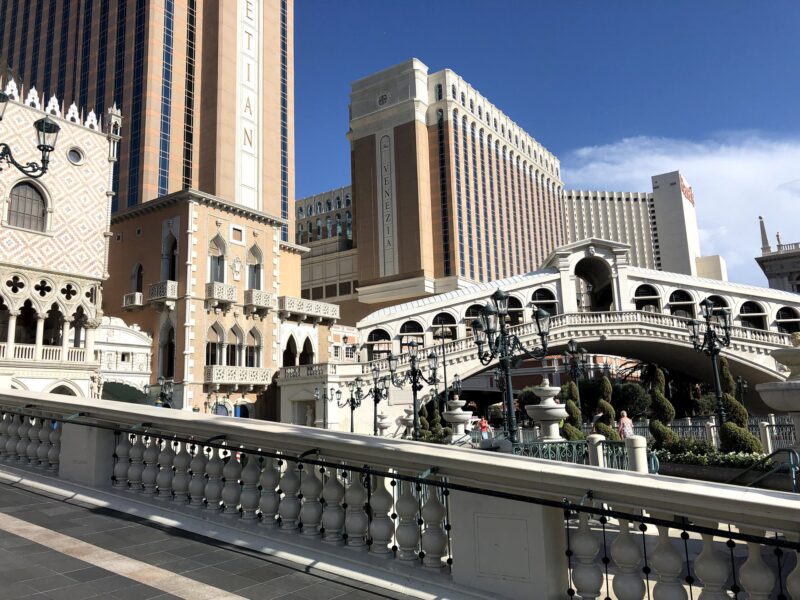 Las Vegas - Venetian with the Bridge of Sighs - m.t. photo 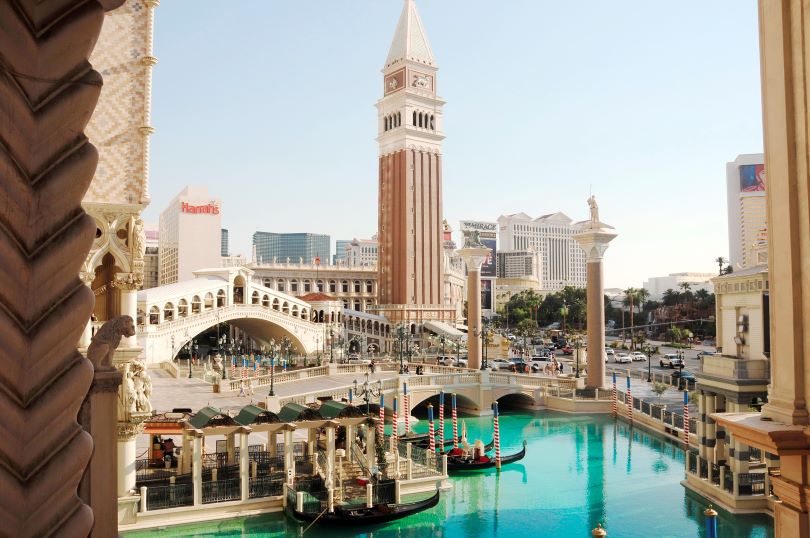 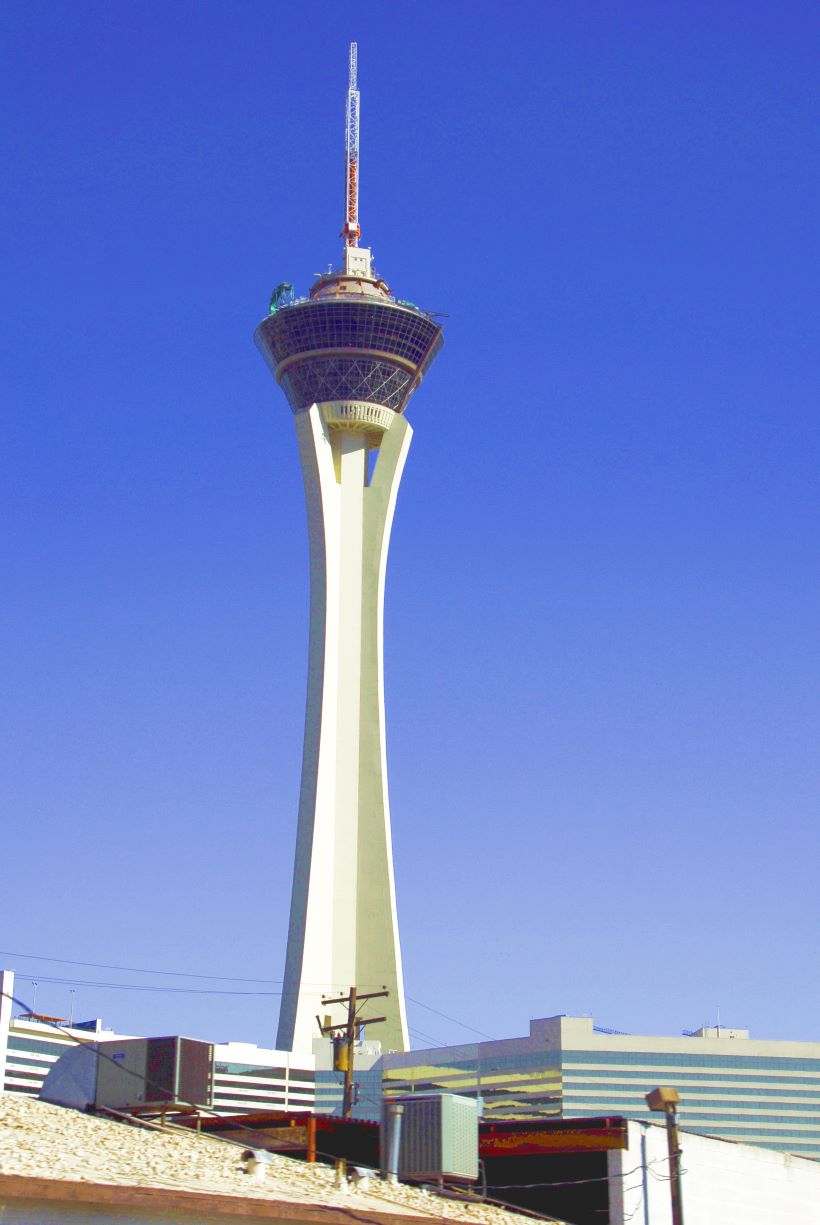