1. One of the most photogenic landscapes in Portugal

2. Dreamy view from the Baroque city of Lamego

3. Particularly spectacular landscapes offered when driving on the N-222 road from Peso de Regua to Pinhao

4. the atmospheric, hundreds of years old farmhouses, we wished to own any of them

5. Casa do Visconde de Chancheleiros near Pinhao, our best accomodation - a wonderful farmhouse with a huge garden full of lavender and roses

6. A lovely local lady who passionately talked us about the local wines

7. A side trip to Amarante, an atmospheric small town where some bakeries sell penis-shaped cakes (bolos)

1. As a driver, I had huge handicap in enjoying the gorgeous views

2. The litters at some lookouts - many tourists are outrageously polluters

3. There are a lot of wineries in the area offering wine-tasting, but they have not had any luck with me - the Porto wine is too sweet for me

4. Meet a challenge when driving on some steep one-lane roads in rainy weather

5. The tourist infrastructure is not on a level of Toscana. 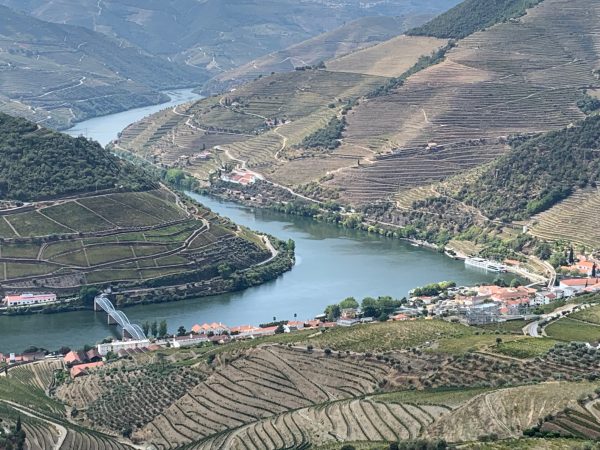 The Douro Valley is often compared to Tuscany, but the analogy seems a bit forced to me, and
serves at best only to draw more visitors to this Portuguese landscape. Sure, both are wonderful
areas for wine production – the vineyards are probably even more ubiquitous in the Douro Valley
than in Tuscany – but the underlying topography is very different. Here the sloping landscape is
formed chiefly by the meandering course of the Douro river, while Tuscany’s bucolic landscape is
less densely planted, its hills stand in picturesque independence from one another, and the
scattered manors with their rows of poplars have a more unique character. In any case, the Douro
Valley has plenty enough beauty of its own, and needn’t degrade itself by playing kid brother to
Tuscany’s more famous landscape.
We were always eager to get a view of the river, either from right up close, or from one of the
hilltops that rise above both banks. Driving along the serpentine road which follows the course of
the river naturally puts you at a disadvantage, compared to the railroad traveler, when it comes to
admiring the scenery, and that goes for the car passenger too – they’ll constantly be checking their
smartphone, trying to find the best way through the valley. The roads which snake across the
mountains are narrow, and there are often no barriers before plunging gorges. Also, local drivers
have a tendency to impatiently tailgate unhurried tourists, so even reaching the valley itself can
present a few challenges.
The number of vineyards, of all shapes and sizes, is simply incredible. Most are simply grown in
gardens behind private houses, but we saw some large-scale operations too, and – as elsewhere in
Northern Portugal – it’s clear that the cultivation of the soil has not lost its appeal. True, we didn’t
see many young people, but there were plenty of middle-aged and elderly people out tending their
vines.
To anyone thinking of driving the long Douro Valley, my advice would be to focus on the stretch
between Pinhão and Mesão Frio. This is where the landscape is most spectacular, and where you can
take the best photos. Two villages in particular are worth taking a closer look at, and these are the
very same Pinhão and Mesão Frio (particularly the former). Both are right on the river, and you’ll see
plenty of sightseeing riverboats, mostly from Porto or Peso da Régua. There are also traditional,
dark-brown, galley-like ships which used to ship barrels of wine, but today usually carry tourists.
Among the various viewpoints, we’d recommend our clear favorite, the Miradouro Casal de Loivos!
Drivers: be advised that there’s actually a perfectly good parking area right by the viewpoint, so you
don’t need to work up as much of a sweat as we uninformed travelers did.
The casual traveler also routinely makes mistakes in planning. And how! Our accommodation in the
Douro Valley had a terrace with a captivating view, with an oxbow in the river below flanked by vine-
clad hillsides. The guesthouse itself was modern and functional, however, with no character
whatsoever. We should have stayed in a so-called quinta instead – a more traditional farmhouse-
style dwelling – and best of all in an isolated, romantic setting. Well, never mind – there’s always
next time. 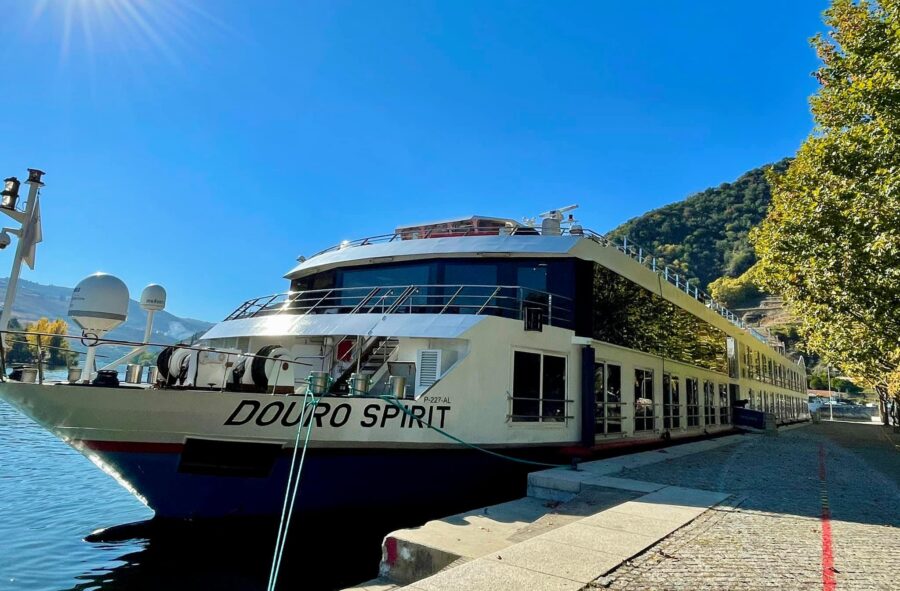 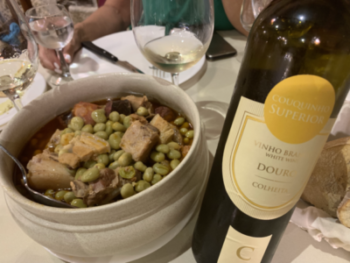 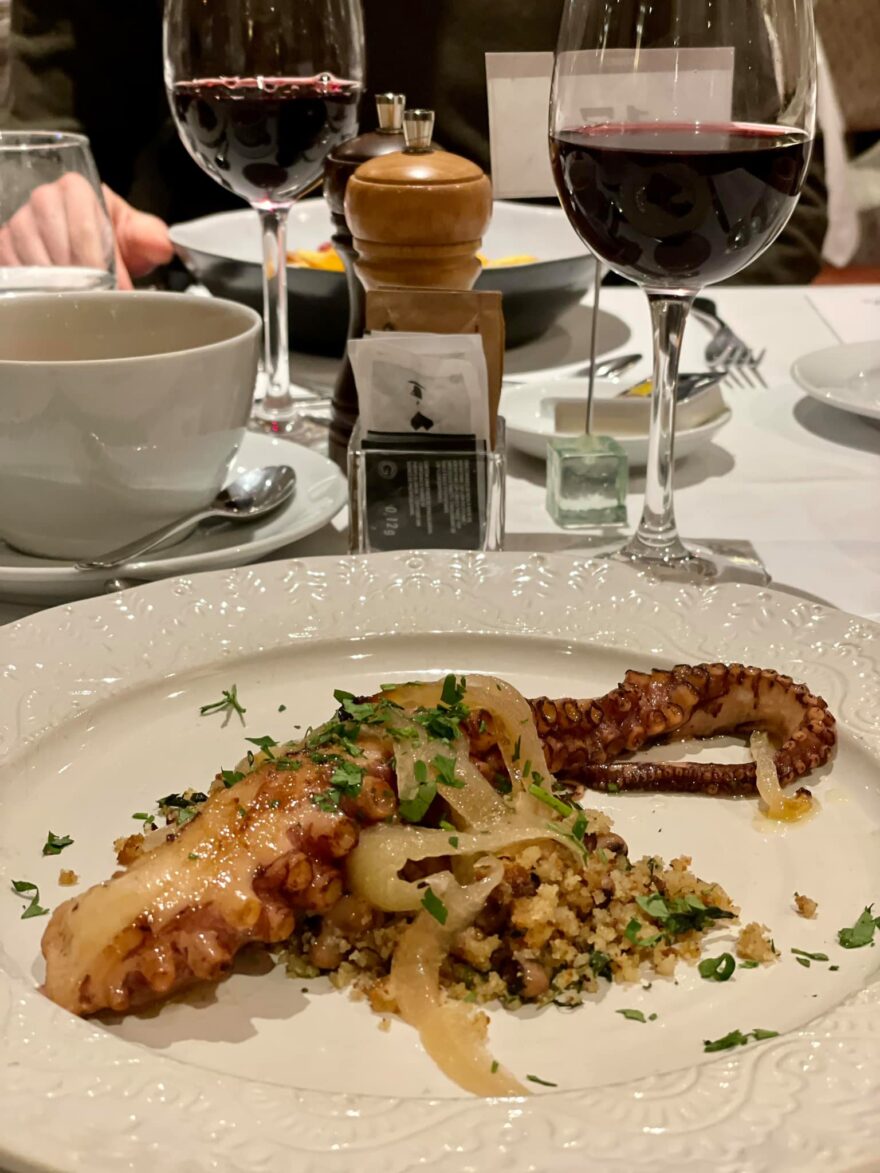 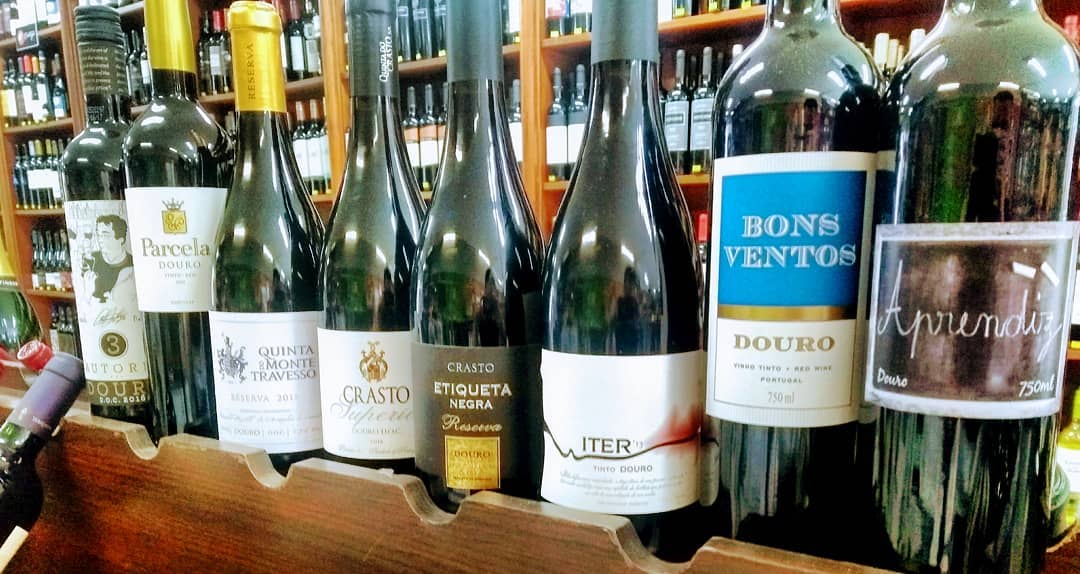 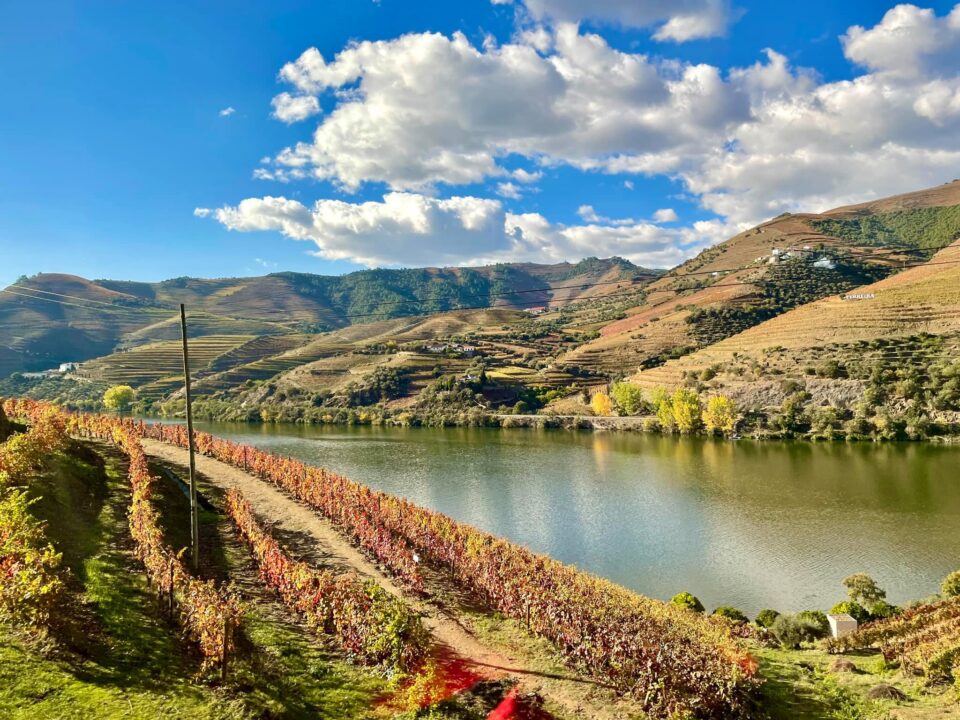 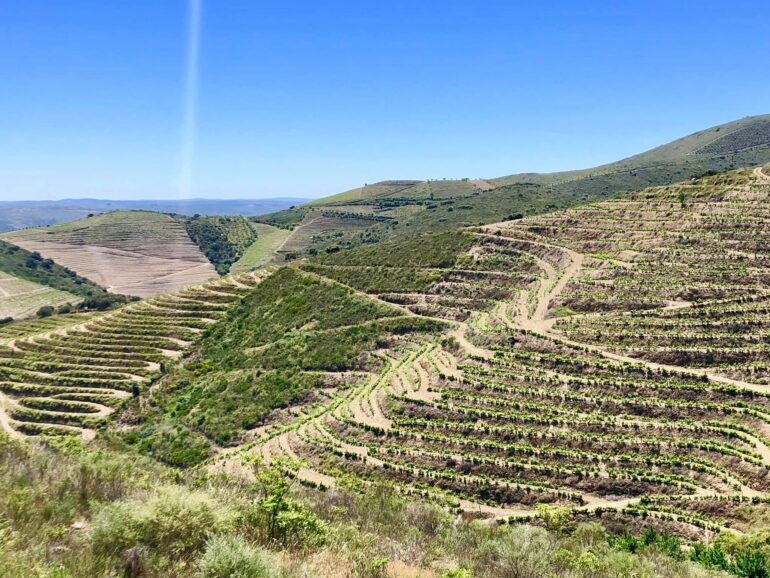