1. The port area of Puerto Mogan is simply magical – do not miss it!

2. There are more nice sandy beaches on Gran Canaria than on Tenerife

3. We adore Las Palmas because it is an authentic Spanish city and not an artificial holiday spot – plus its Las Canteras beach is great

4. The dunes of Maspalomas are lovely - like a seaside Sahara desert

5. The crystal clear waters at the blue flag beaches

7. Adventurous driving on the very small scenic roads linking Teror to the highway, through Santa Brigida and Tafira

8. The fantastic Old Town of Las Palmas: Triana and Vegueta are must-sees in both daytime and evening

1. Some beaches are artificial and the water there is not so crystal clear

2. At the dunes, many nudists are insensitive to families with small kids

3. There is not much to visit after about a week - the program is than limited to eating and frequenting the beach

4. Playa del Ingles is the embodiment of mass tourism - nothing romantic about it

5. The high entry fees for the theme parks (for ex. Palmitos Park)

6. Some dirty streets in Las Palmas and the unpleasant sounds of the wild winds

7. Some sidewalks are very slippery after it rains

The debate over which destination will make the better holiday is not without its share of risks, simplifications and biases, and ultimately it’s best if you can try both, then make up your own mind.

1. More sandy beaches, and these are more beautiful than on Tenerife
2. Less crowded and not as touristy as Tenerife
3. More sunshine, and winters are warmer than on Tenerife (Mount Teide draws clouds to the latter)
4. The shopping possibilities in Las Palmas
5. The landscape is more diverse, and the sand dunes are exciting
6. The southwestern part of the island gets very little wind

1. Fewer party options than on Tenerife
2. A bit more boring than Tenerife
3. The eastern part of the island is overdeveloped

1. More party and entertainment options than on Gran Canaria, especially on Playa de las Americas and Playa de los Cristianos
2. The natural environment is more exciting (e.g. Mount Teide)
3. Public safety is a bit better than on Gran Canaria
4. There are more activities and entertainment for families with children
5. A better choice of water sports 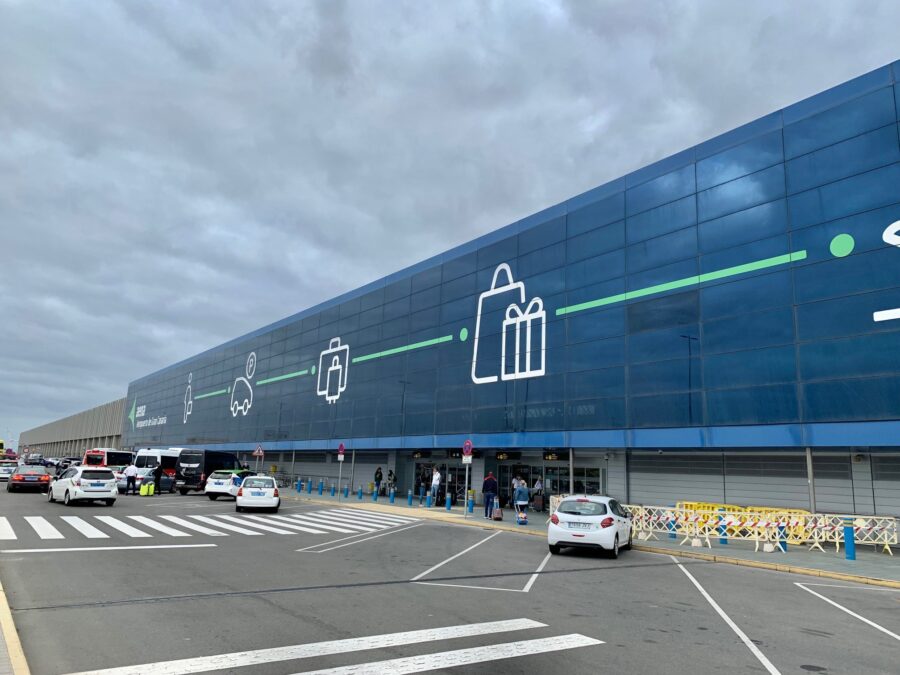 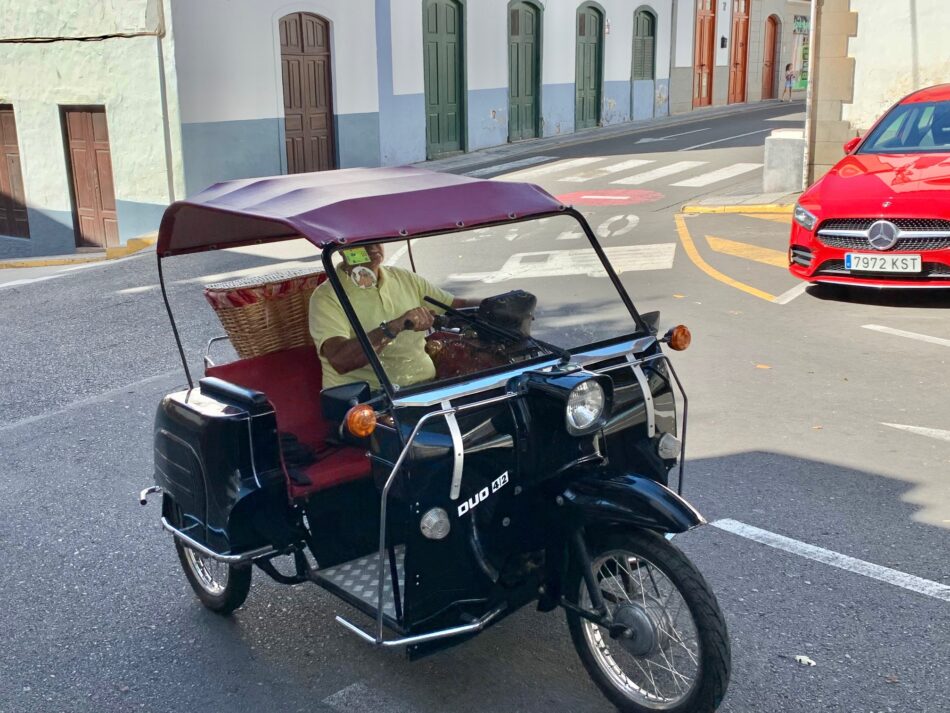 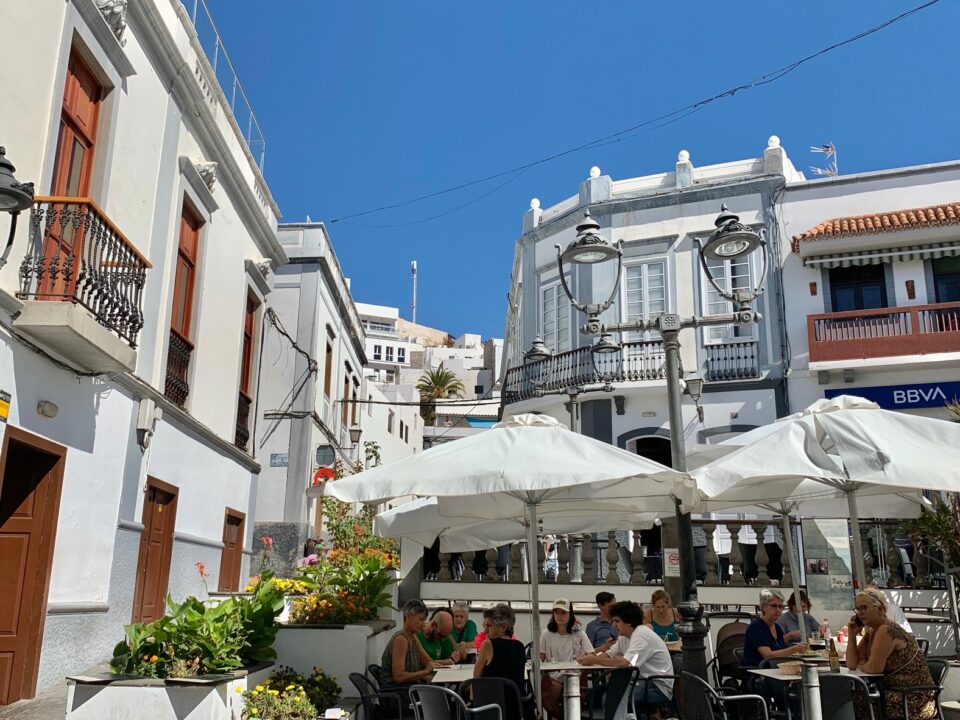 The weather at the northern end of the island is colder, rainier than the southern end. Although there is only 80 km (50 mi) distance between them, the weather can be different at the same time. 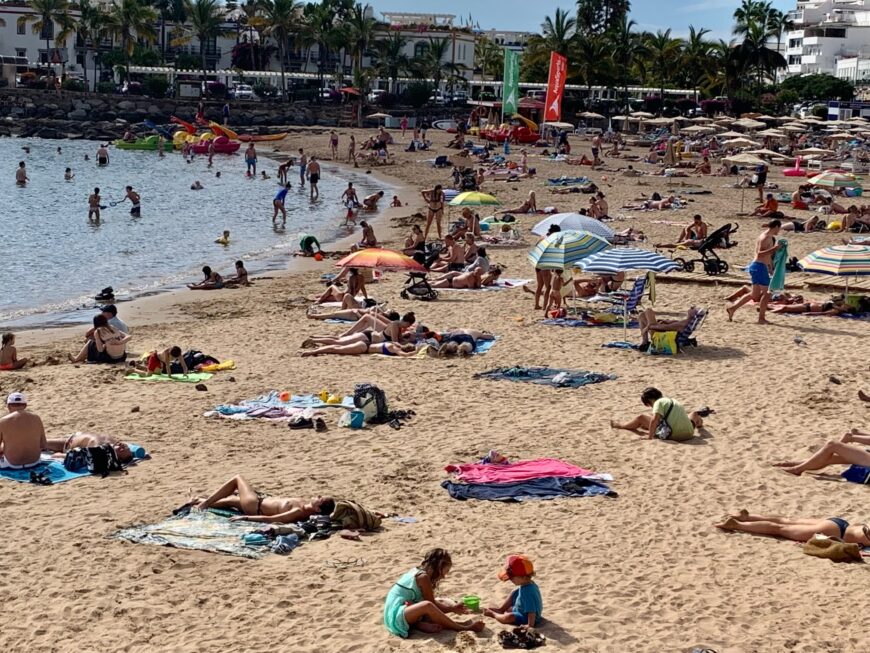 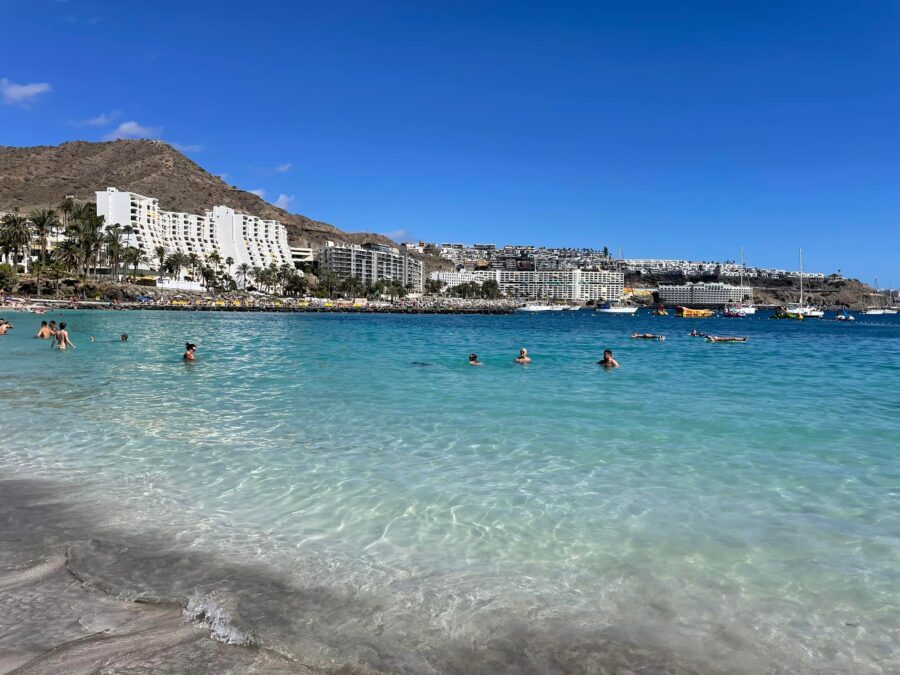 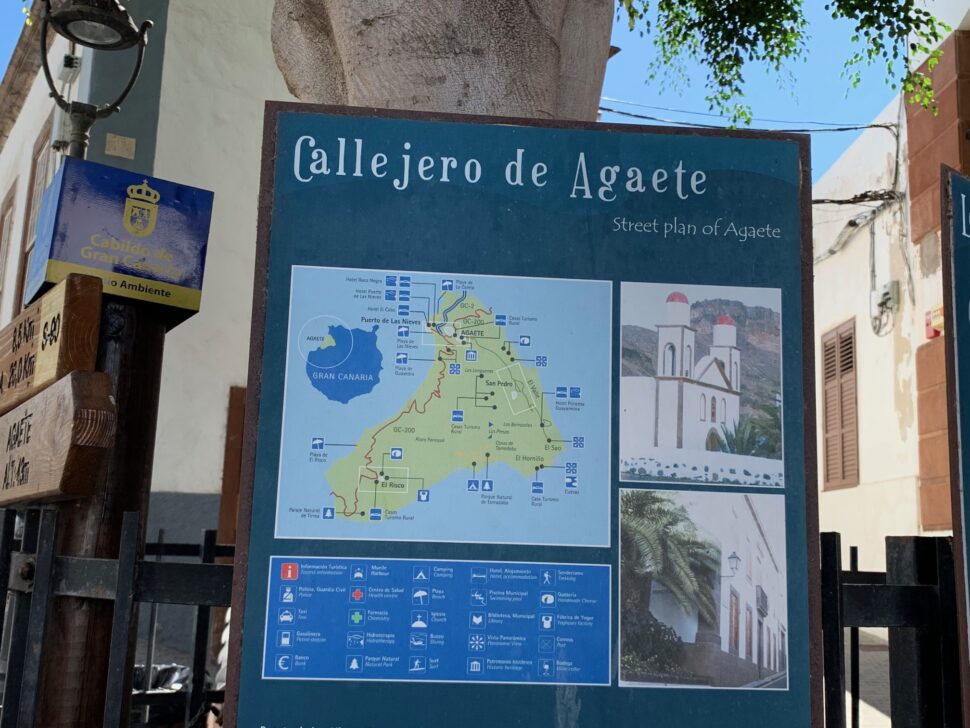 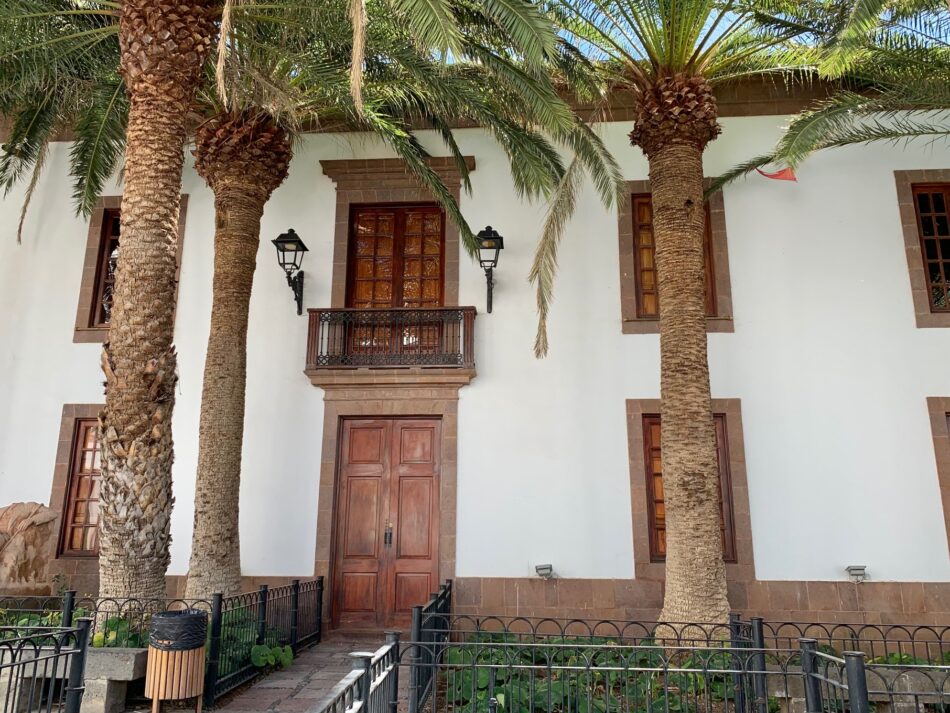 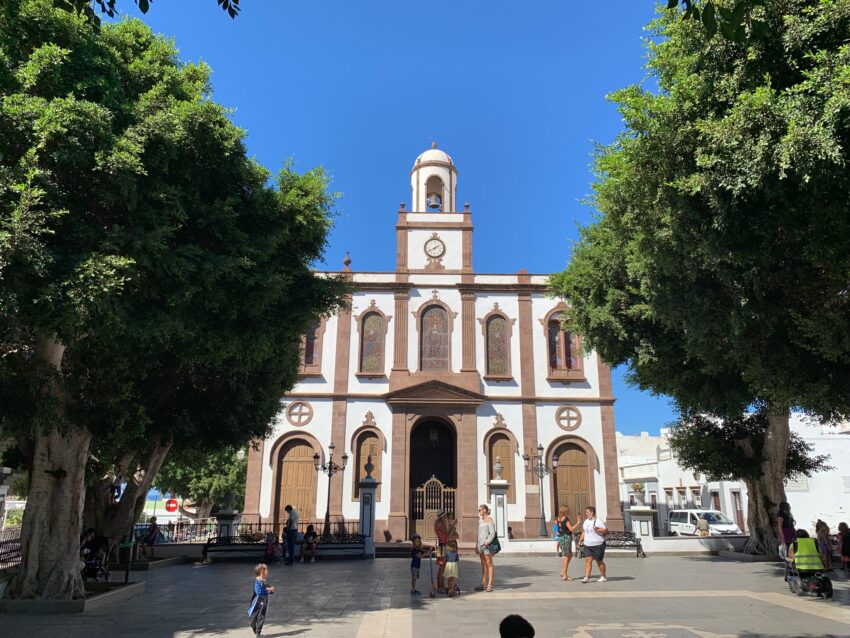 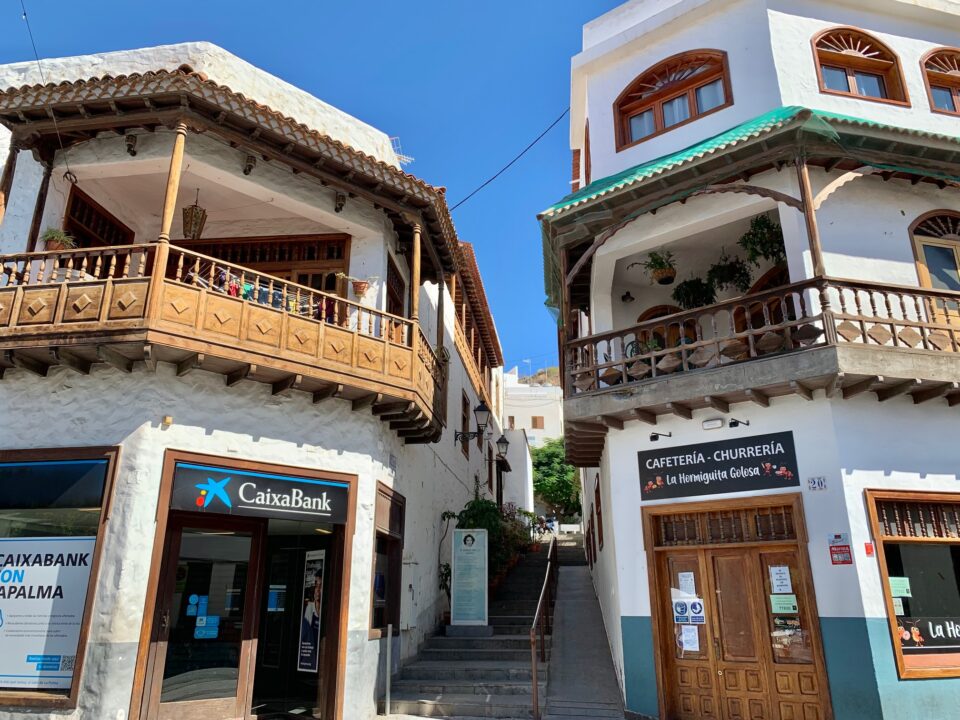 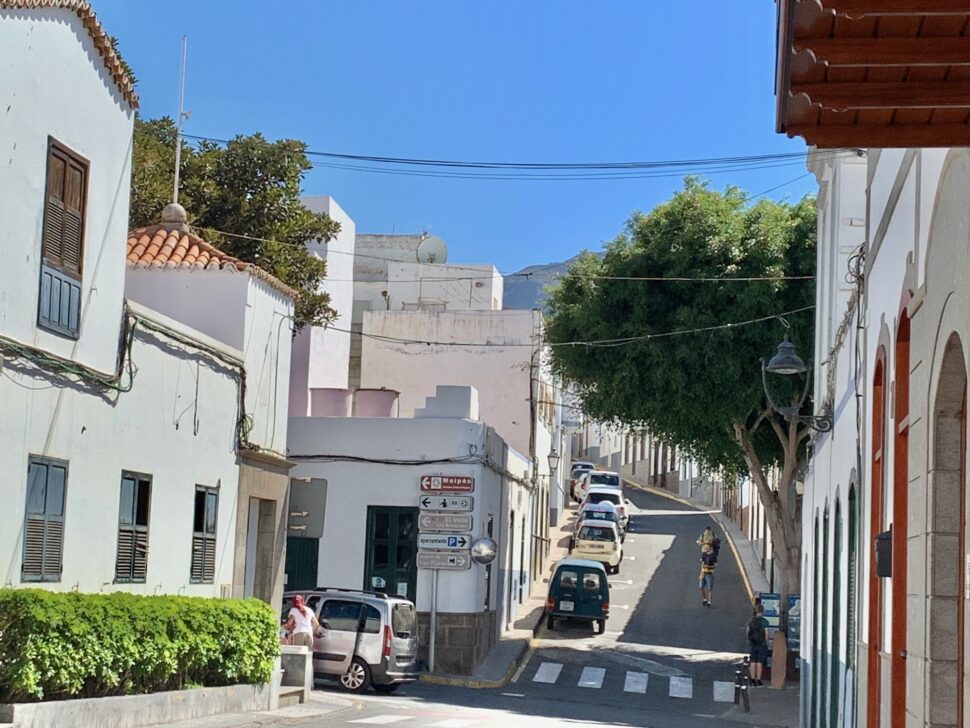