1. The clean Las Canteras Beach with light brown sand, no pebbles in the water, perfect facilities (toilets, showers, lockers) - many hold the view that this is one of the best beaches of Gran Canaria

2. Nice to be among locals, not just vacationers - Las Palmas is full of ordinary everyday life scenes unlike the artificial mass tourism settlements of the southern coast

6. The wonderful Vegueta, the Old Town of Las Palmas in the evening lights

10. The exemplary discipline of dog owners

1. The northern part of the island, with Las Palmas, is somewhat colder than the South (more clouds, wind)

2. Not easy to find a parking place

3. Tap water is not for drinking - lousy taste - but you can brush your teeth with it.

4.The Black African (illegal) street vendors, with their routinary supply, are dissonant nuances in the given milieu.

5. Can not understand why Italian restaurants can almost outnumber the ones offering Spanish or local cuisine

6. The horrendous traffic jams may spoil the peace of a vacationer

7. The Santa Catalina cruise port is frightening with its dimension

8. We had the feeling that the reconstruction of Mesa y López is an endless story

10. Not much nightlife apart from Friday and Saturday nights 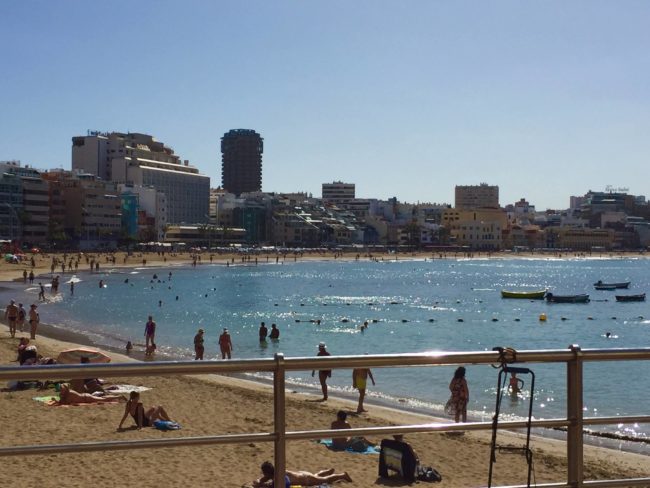 We visited Gran Canaria for a week in November, and spending the whole week in Las Palmas turned out to be a great idea. It was an unbelievably pleasant surprise. I wasn’t expecting a real Spanish city to have so many different sides to it! We think that for anyone who isn’t looking to party, and who doesn’t want to spend their holiday in a tourist ghetto, Las Palmas would be a great choice.

The city has a lot to offer. First off, the best beach on the island, Playa de las Canteras, is right here. I’ve rarely seen such a good beach in a city: fine, clean sand, clear water, no stones or pebbles, cultured surroundings, and at least three quarters of the bathers are local people – really nice, friendly people.

Las Palmas is a big city, with a huge range of shopping and dining options, and all necessary services. In this respect it’s like most other large Spanish cities. What sets Las Palmas apart, however, is that it’s so far south, right off the North African coast, which means it has great weather, but it’s also safe, clean and cultured, so in this sense doesn’t resemble Africa at all.

What surprised us was the diverse character of the city’s different districts. The tourists who stay in the southern part of the island only come to Las Palmas for a day at most, usually during the morning or afternoon, so they’re hardly able to discover all that we managed to experience.

The most memorable parts were the two old-town districts, Triana and Vegueta. The pedestrian street of Triana is crowded in the evening, and the streets leading off it are full of restaurants and bars. It’s worth seeing both by day and by nightz. (aji, November 2017)

It is not worth driving within Las Palmas. It is better to walk or take a bus. Yellow is the local bus ticket: € 1.40.  The blue card is a ride ticket with which you can make ten bus rides (85 Euro cent/ride).
You purchase the yellow ticket from the driver onboard the vehicle, while the blue card must be purchased in advance.

Taxi is relatively cheap, and all taxi drivers correctly use the taximeter.

Free parking on the street is where there is a white curb; blue curb means paid parking. Parking is not expensive; the problem is finding the free space.
There are parking garages in the center, but beware of the very steep driveways and exits. One hour parking is free in the garage of the large shopping malls.

In the free car park next to the Alfredo Kraus Concert Hall, drug addicts and the homeless pretend to be parking attendants, and demand money for giving directions.

Recommended bike rental: Free Motion, but you can also use the bicycle-sharing network called bybike.

Scooters ride on the red bike lanes, and that works well.

The standard tip is 10%.  There is no service charge.

The restaurants in the Old Town are more authentic than those in the Las Canteras Beach area.

In the tapas bars, you better order a minimum of two tapas per person if you want to get full.

There are surprisingly many Italian restaurants in Las Palmas 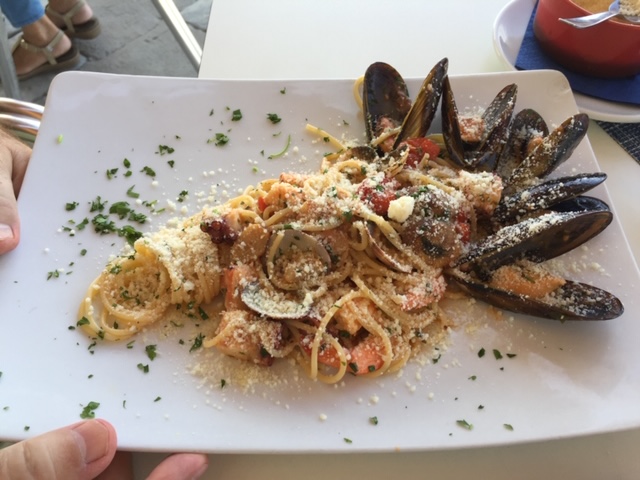 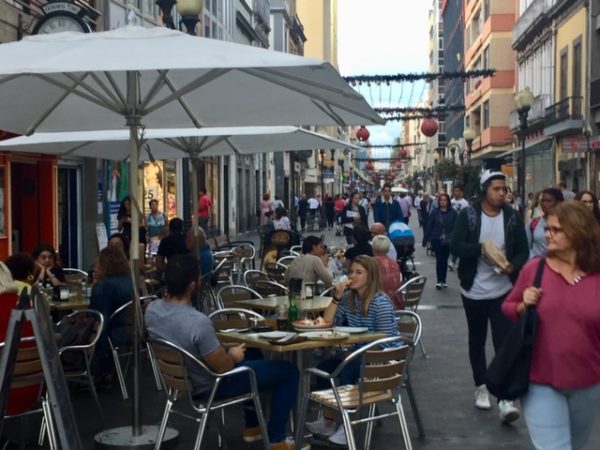 The bigger and better shops don't open early morning, luckily the bakeries do. Many supermarkets are closed on Sundays. 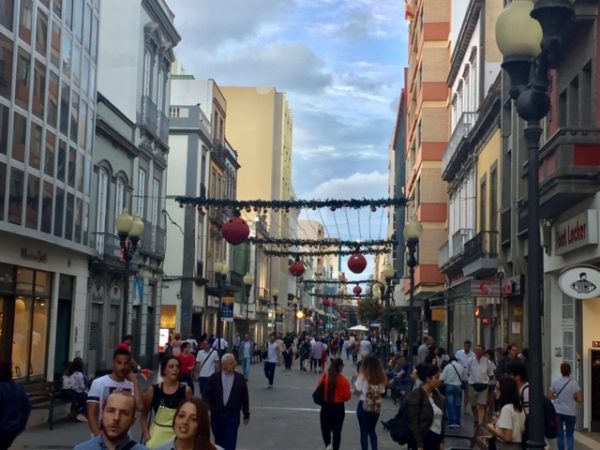 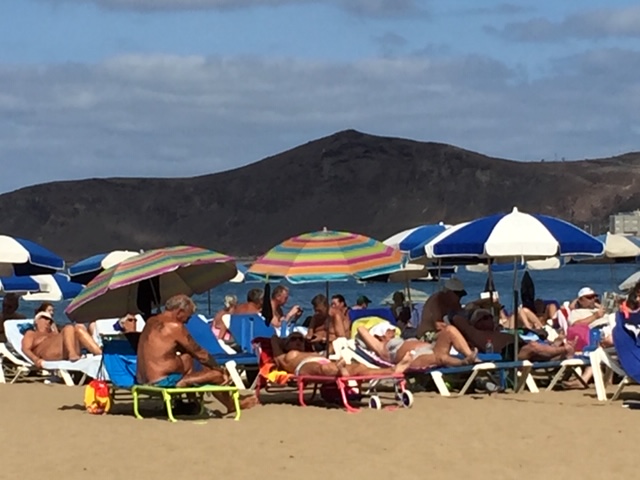 In the closest SuperDino supermarket, we saw a sizable rubber baton on the security guard's belt. We have wondered what danger justifies holding that one? (k.j., 2021) 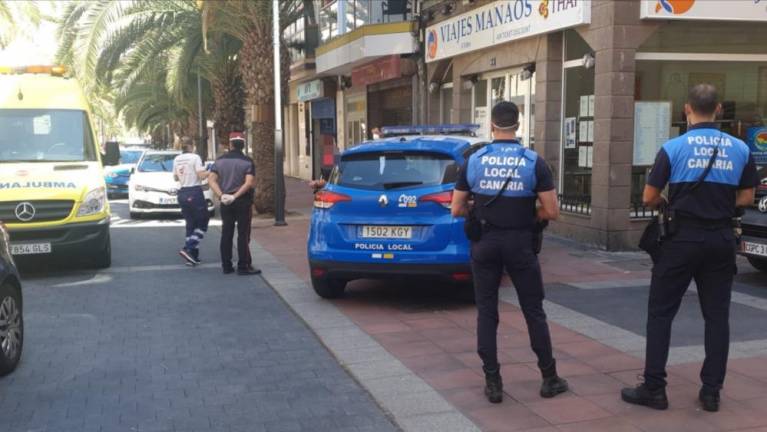 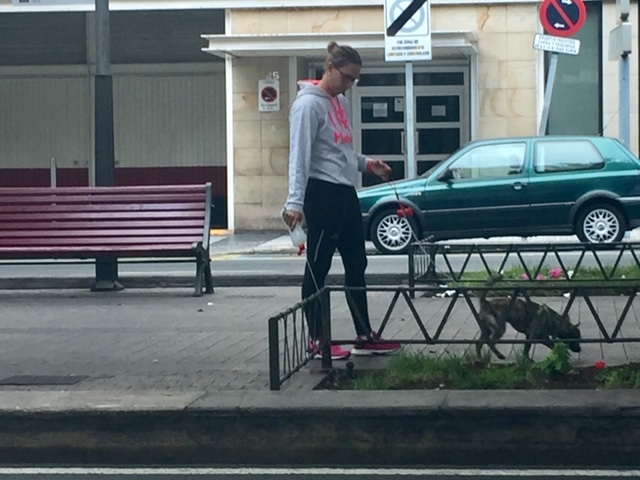 Las Palmas - We have never seen anything like that anywhere else. Every dog walker has some detergent flacon in their hands and sprinkles its content to where the dog urinates. - Krista photo 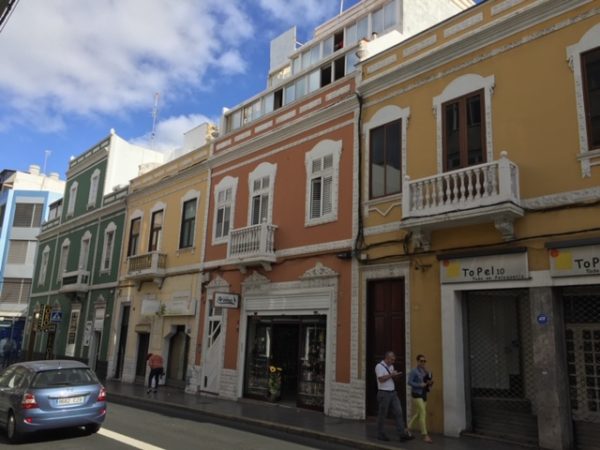 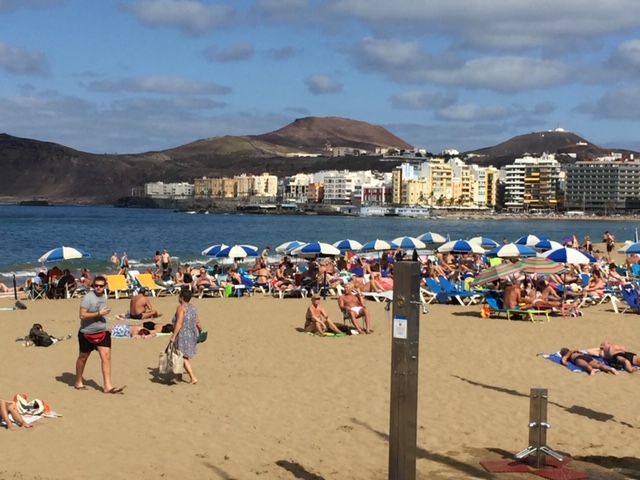 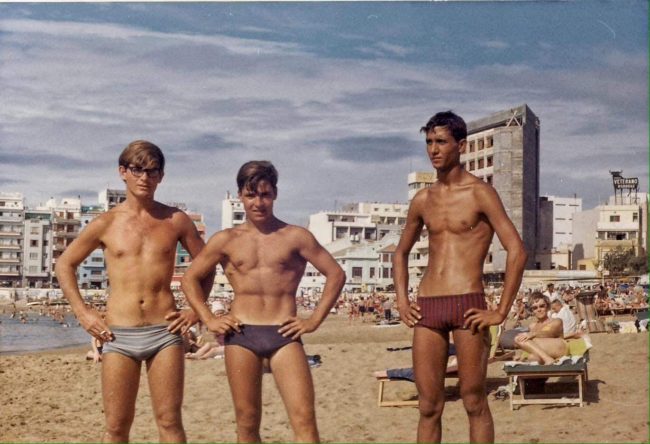 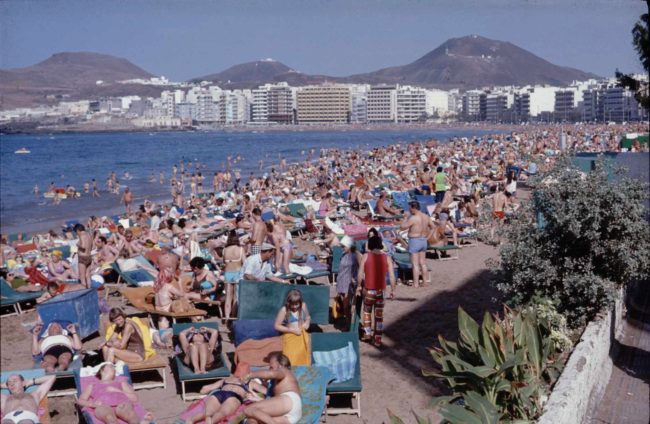 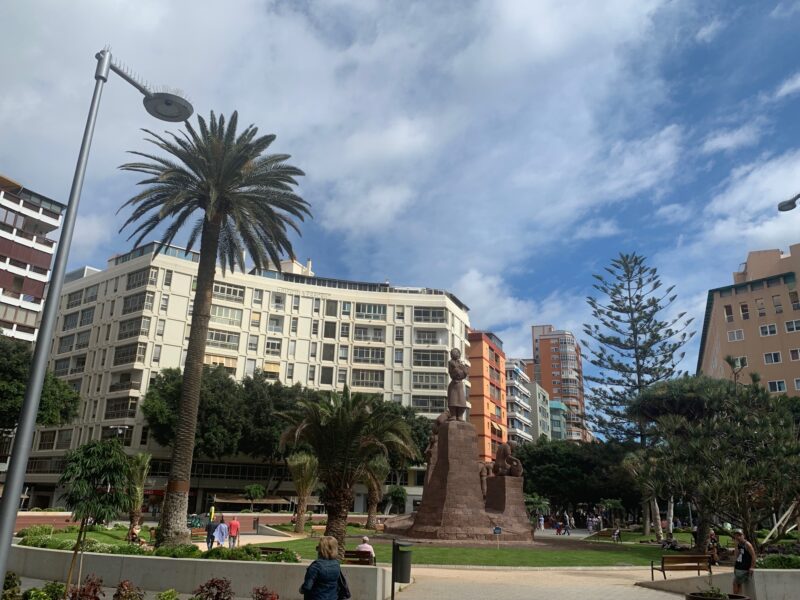 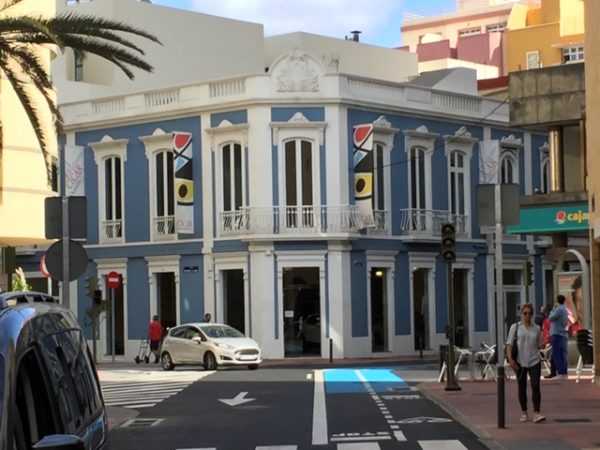 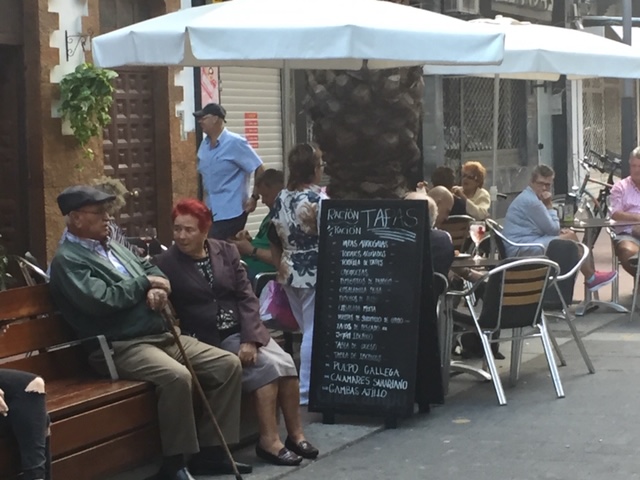 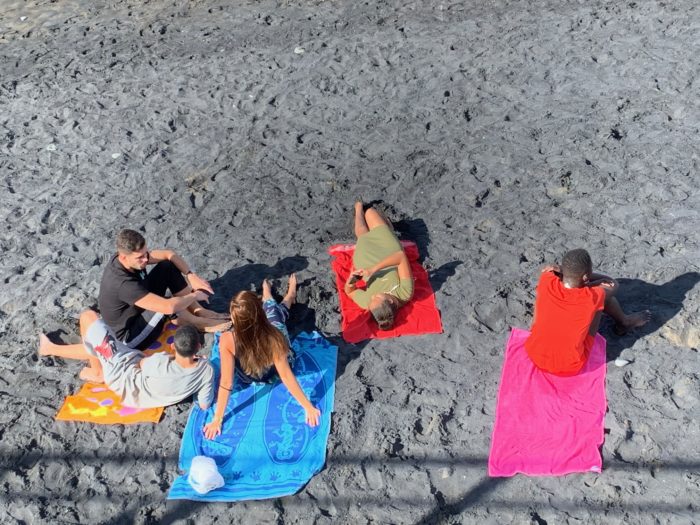 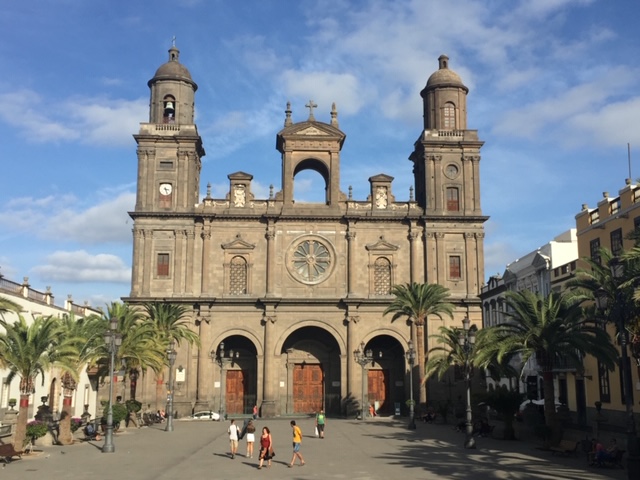 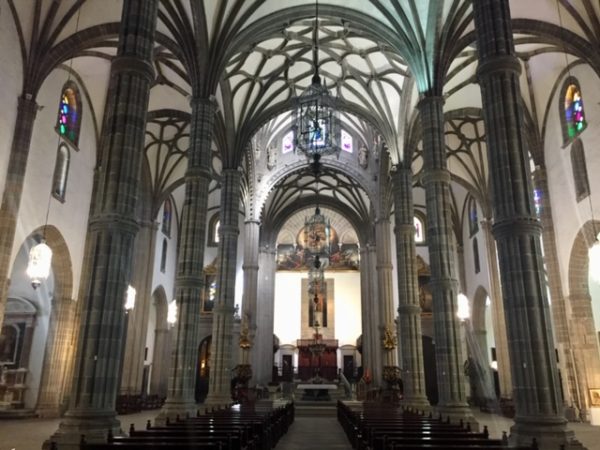 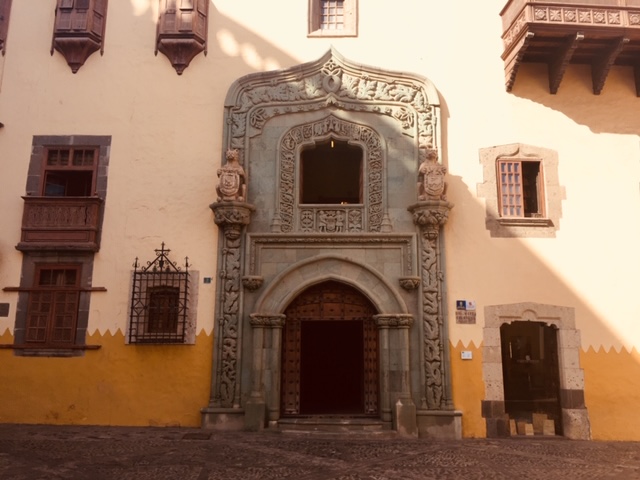 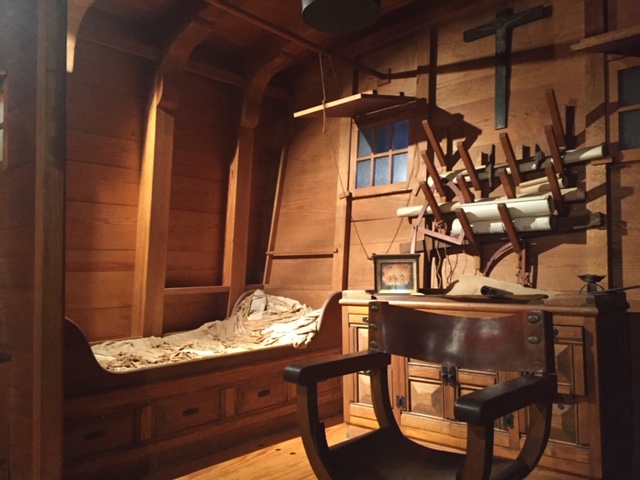