“In my opinion, Segovia is unjustly overlooked by most travelers. Its ancient Roman aqueduct, fairytale-like Alcázar and its cathedral – one of the most impressive in Spain – are more than enough to justify a daytrip. The Aqueduct and the Alcázar are the two sights farthest apart from one another, so it’s quite a long walk between them, but there are many interesting things to see on the way.

From the train station – a bit rustic in appearance, but not bad – it’s just a short walk to the Roman aqueduct, which is easily the best photo subject in the city. No wonder it’s a UNESCO world heritage site. You won’t be counting the meters on your walk from here, because the walk through the old medieval town towards the Alcázar is an experience in itself.

There are also lots of restaurants, bars and souvenir shops, but compared to Toledo, the shops don’t sell anything particularly interesting. Segovia gets fewer tourists than Toledo, but it’s a much friendlier, more livable place. It’s worth visiting both – each has a very unique ambience. We made a day trip on a Saturday, and I liked that it never reached the miserable crush of tourists we experienced in Toledo, even at peak times. I think the difference is that here there are fewer large tour groups – in Segovia you generally encounter individual travelers or small groups. It took a long time for the city to get moving in the morning – in fact I think it was noon before I saw many locals out and about.

The dimensions of the cathedral are difficult to appreciate. Fortunately you’re allowed to walk around it, so I’d suggest doing that first. Unusually, it also includes a claustro, or courtyard, which is very attractive, though you’re not allowed to walk through it.

The third unmissable sight in the city is the Alcazár. There are several of these throughout Spain, so this one is officially the Alcazár of Segovia. There’s an English-language audio guide to tell you about the building’s fascinating history. From outside it’s a real fairytale castle, and the interior could serve as a film set. The castle is easy to walk around, and the items on display are interesting and clearly explained. We liked it so much that we went around twice.” (Adam, 2017) 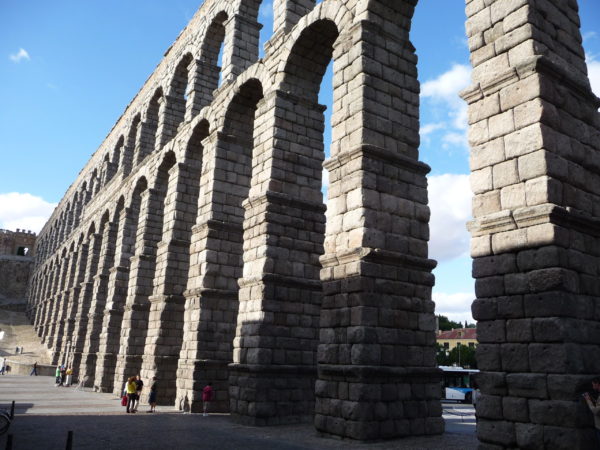 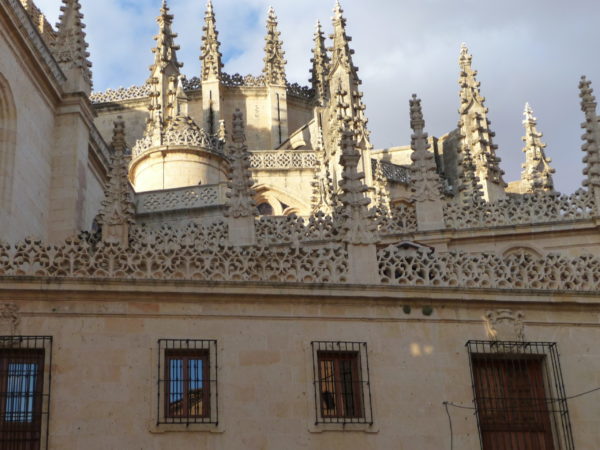 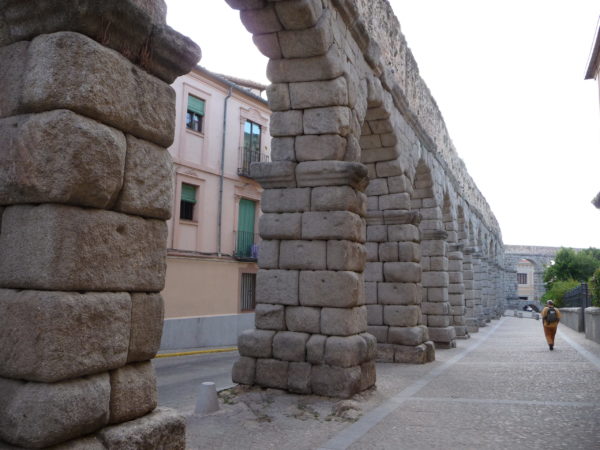 We looked for an easy way to get to Segovia, which isn’t much bigger than Bozeman Montana, but it can only be reached by a long bus route. A real high-speed train stops not far away, and can be reached by shuttle bus, but I preferred to take the slower direct bus from Madrid. A company called La Sepulvedana (private) runs frequent buses between Madrid Moncloa and Segovia bus station. If you buy a return ticket (y vuelta) it’s cheaper than buying two single tickets. These average but comfortable buses are the easiest way to get to Segovia, together with tourists from every corner of the globe. It’s advisable to buy your ticket in advance – you can’t buy one from the driver, only online or from the company ticket booth 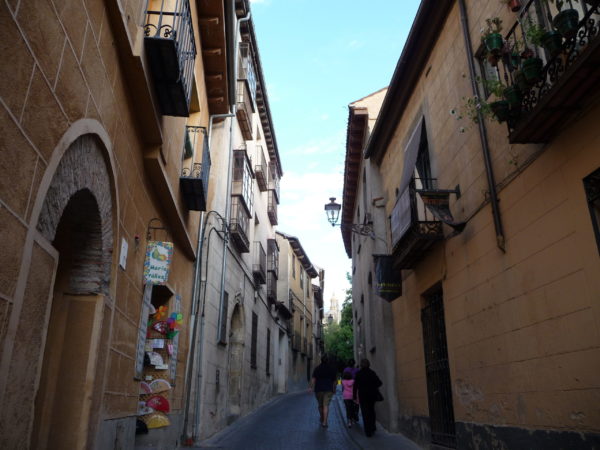 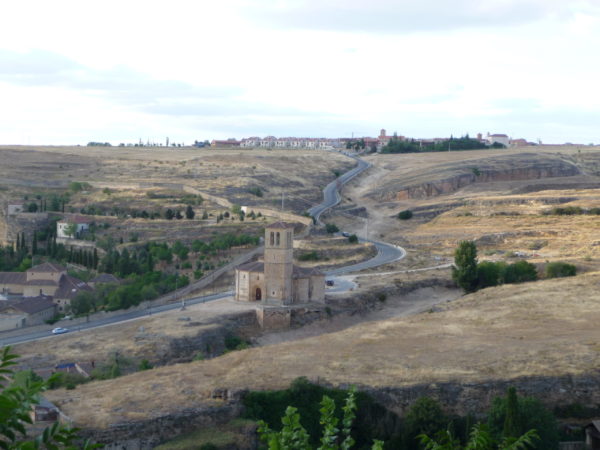 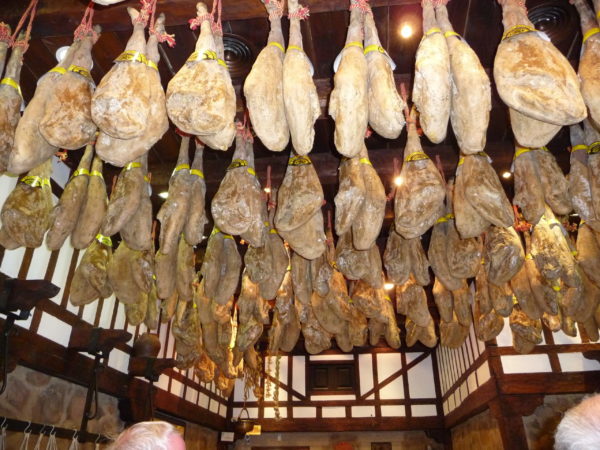 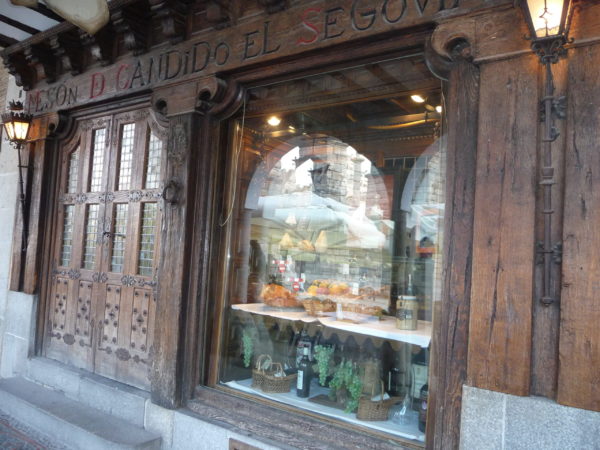 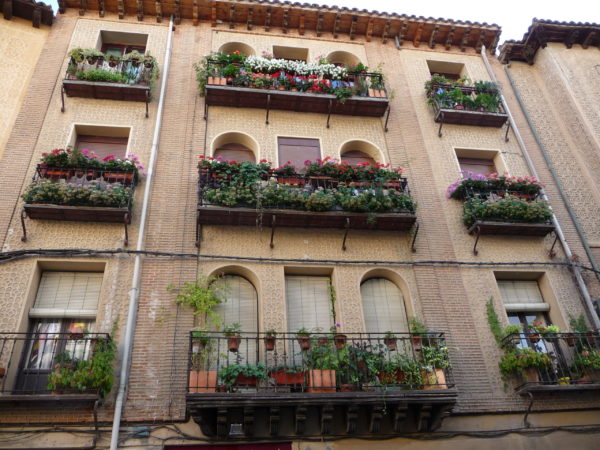 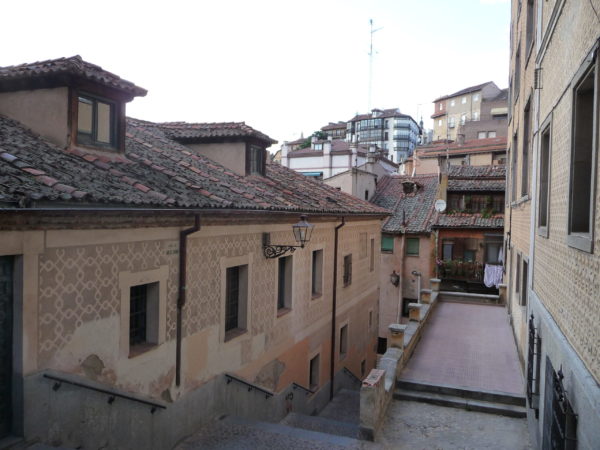 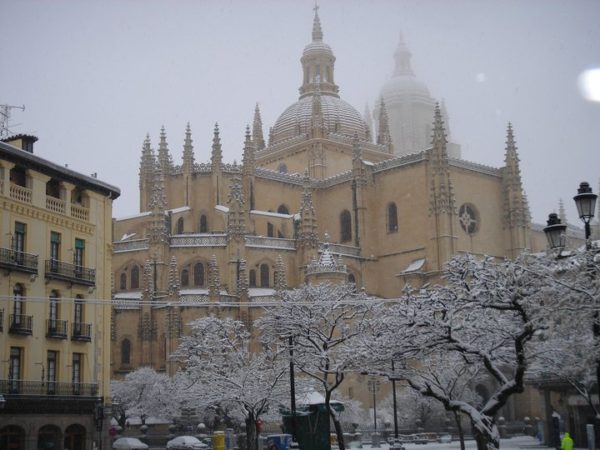 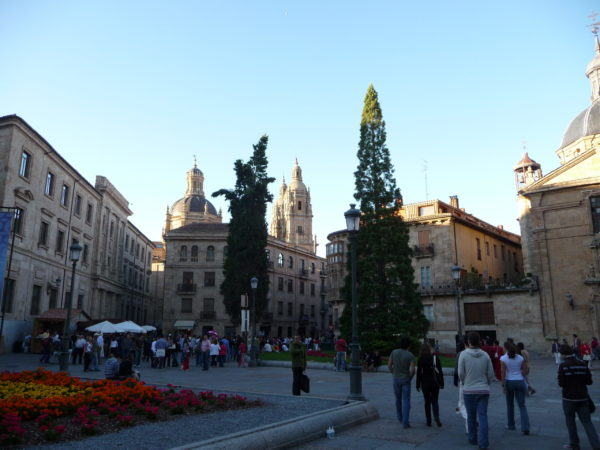 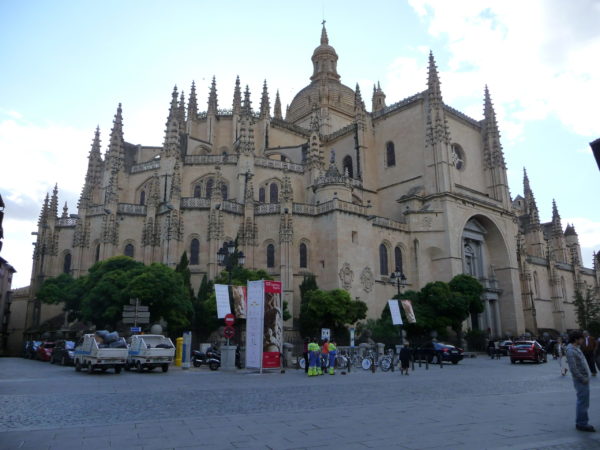