1. The geographic diversity of the island, and its natural attractions
2. Wide, sandy beaches and beautiful blue seas
3. Valldemossa and Deia, small towns in a very picturesque landscape. The houses in Valldemossa all
have pot plants in the windows, making them wonderfully attractive – a great place for a stroll
4. The island is basically very clean, and you feel safe there – there aren’t many beggars or shady-
looking characters
5. A lot of different activities on offer, meaning it has something for everyone – either a relaxing
beach holiday or a party paradise for youngsters
6. The view from the Mirador Es Colomer, overlooking Formentor Bay
7. The Cathedral of Pálma, which Gaudi had a hand in constructing
8. The local products made from almonds – the almond ice-cream and almond liqueur are
particularly good, and the freshly-squeezed orange juice is heavenly.
9. The old town of Alcúdia
10. Mallorca’s beautiful architecture

11. I drank in Sóllar the best freshly-squeezed orange juice of my life (from locally produced orange)

1. Mallorca is famous for its fake pearls – sometimes their price can even exceed real pearls – but
there are a lot of cheap, junk reproductions. Go to a specialist shop instead
2. A lot of tacky souvenir shops – can be hard to find something original
3. The tourist crowds in the old town of Alcúdia
4. The huge masses of fake designer bags and accessories in the market of Alcúdia, which gives it a
cheap, flea-market sort of feeling
5. I expected more from Palma’s aquarium – it turned out to be a bit boring
6. Taking the bus from A to B, you sometimes have the feeling you’re on an uninhabited planet

7. Servers in cafés and restaurants often seem a bit overwhelmed – if you want a quick espresso you
should count on waiting about 20 minutes for it
8. The tap water is theoretically drinkable, but I wouldn’t recommend using it for much besides
bathing and brushing your teeth – it’s better to buy bottled water
9. The usual Mediterranean driving culture – drivers always seem to be engaged in some sort of
speed-trial, which can be frightening on narrow, twisting roads  (w.n., 2019)

-Mercat Artesanal: Maybe we went at the wrong time, but there were about 4 or 5 tables with handmade jewelry, and the market was exhausted.
-Castell De Bellver: the view from the upper level is beautiful, but it is a sight to be missed entirely; the castle in Capdepera is also the same.
-Illetas beach was a huge disappointment. It doesn't even come close to what we imagined based on the photos: tiny bay, dirty water.
-El Arenal Beach: Lots of people, and the water is very shallow (you have to go a long way in to be able to swim)
-Jardines De Alfabia: A tiny garden with not too many attractions. Not worth the price.
- We missed the beach toilets, and it would have been nice to have at least one shower or toilet on each of them.
Also, unfortunately, we didn't find many bays where there wasn't overcrowded. (2022)

“Mallorca was a real surprise for me. Before I arrived, I imagined that there wouldn’t be much to do
here besides partying and sunbathing, but by the end of the first day I had abandoned this
stereotype. Mallorca has everything you need for a real Mediterranean holiday: beautiful azure seas,
sandy beaches and palm trees. I can also recommend the island to families with young children,
though they should avoid El Arenal or Magaluf, and stick to the eastern and southeastern coast
instead.
The island is also rich in natural beauty, which makes it a great destination for those looking to
disconnect: The Serra de Tramuntana, for example, is an unmissable area for hikers and nature
lovers, and is a UNESCO world heritage environment. At the same time, I’d only recommend it for
experienced drivers, because you’ll have to deal with narrow, winding roads full of hairpin bends,
and unfortunately accidents are a frequent occurrence. Beneath the surface, Mallorca is bursting
with magnificent natural beauty, and the Dragon Caves are another must-see attraction.
The island is a genuine pearl, and although it’s the largest of the Balearic Islands, it’s still only about
as big as Long Island, so it’s quite possible to explore it in a week if you rent a car. This is much more
fun and better value than a whole-day tour of the island, which really does take the whole day, and
basically involves sitting in a bus for most of the time. Car hire is straightforward, and in most places
they don’t charge a deposit to your card (just in case the possibility of being cheated was putting you
off the idea). Most cars cost about €37 a day.

Car rental is necessary to discover the island because you can hardly reach the most beautiful spots by long-distance buses. Car rental is not very expensive; a small and medium-sized car may cost about 130-140 euros/week (fuel not included). 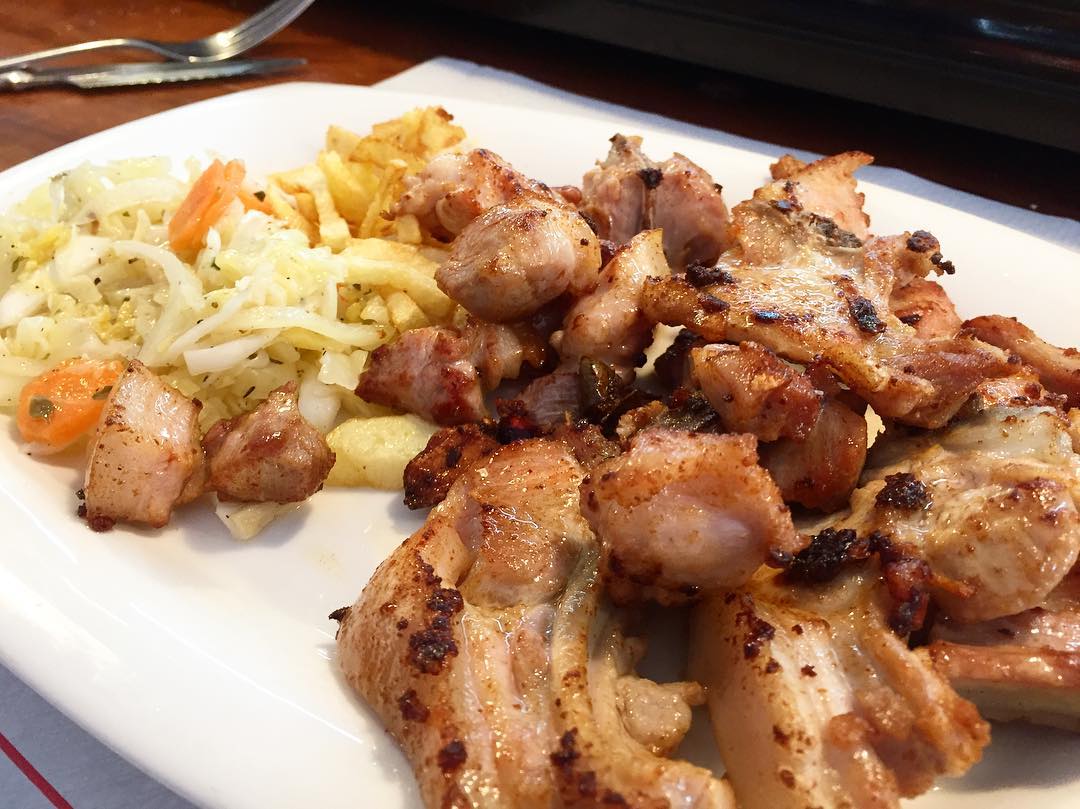 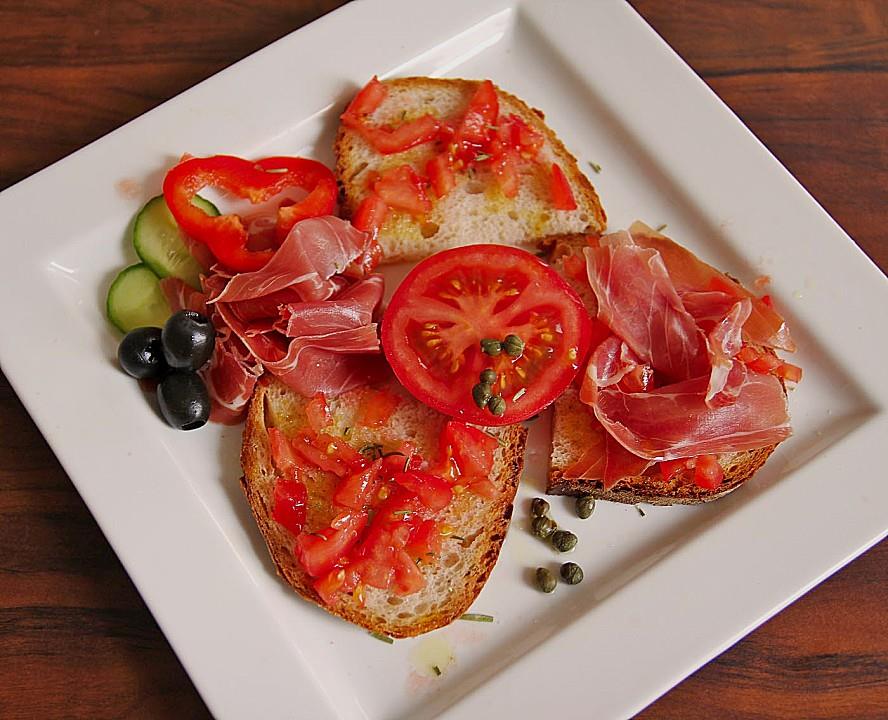 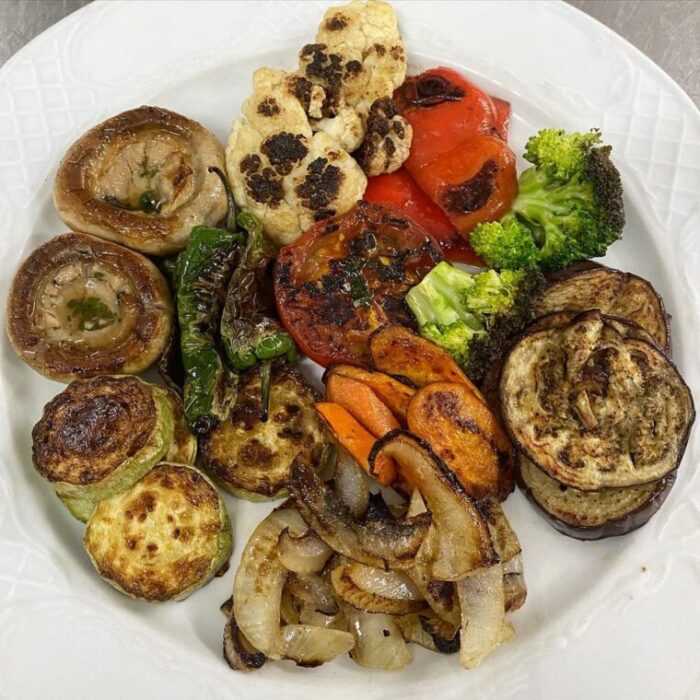 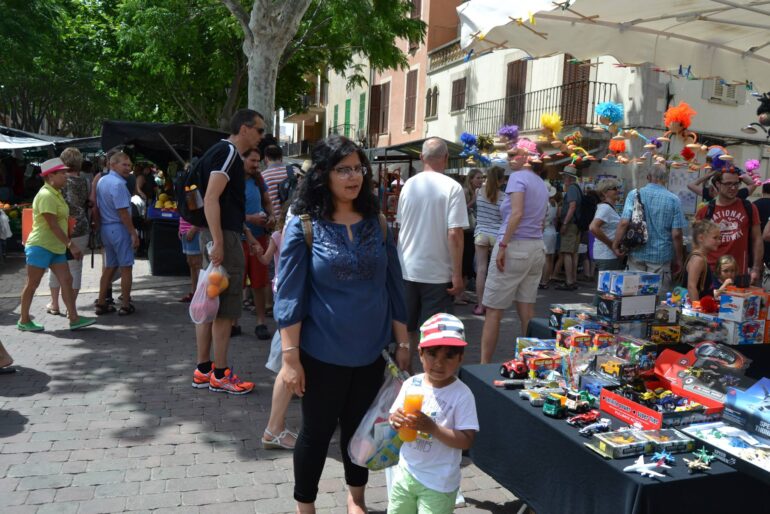 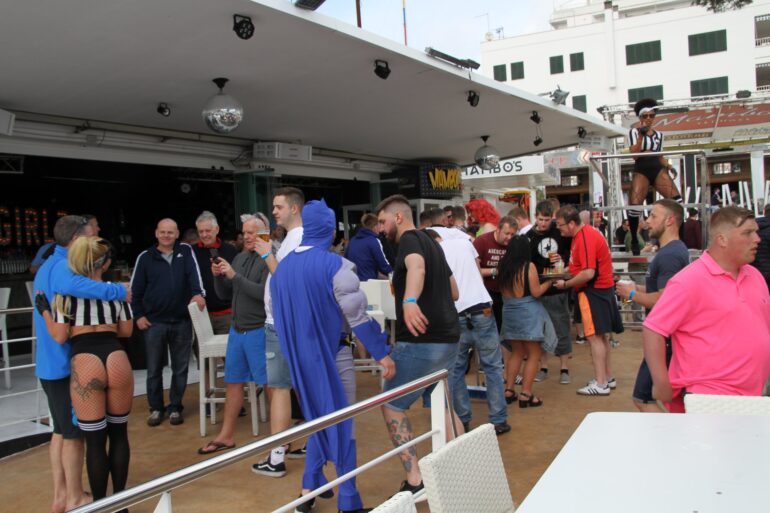 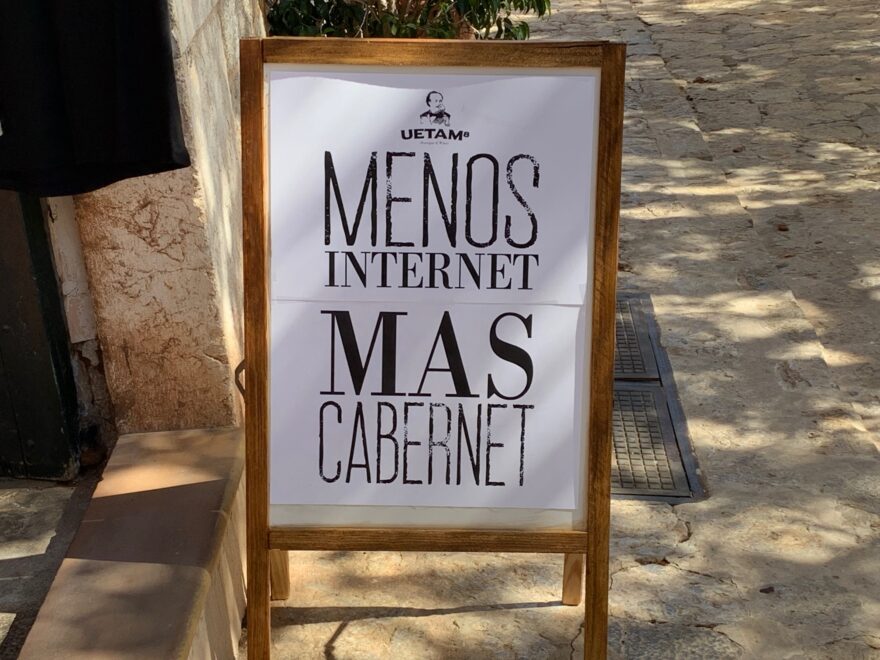 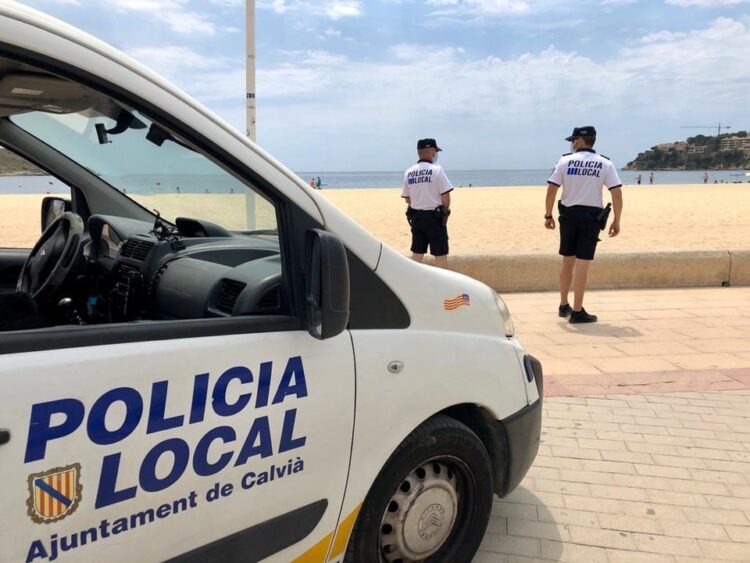 “Mallorca, like most seaside destinations in the Mediterranean, has the most jellyfish during the summer heat. It should be noted, however, that Mallorca's beaches are not frequented by deadly jellyfish. Their sting is unpleasant, but it does not spoil the holiday. Unfortunately, it is not possible to specify when and on which beaches you should watch out for jellyfish. More or less of them may appear on any beach and bay at any time. This is because jellyfish swarms migrate (or rather drift) quite randomly.

Some foreigners spend months on end in Mallorca and are not stung by a single jellyfish during the whole season. In any case, it’s usually pretty easy to see if there’s any danger when you get to the beach – if for no other reason than that kids seem to love throwing the washed-up jellyfish around. Otherwise, you may see other beachgoers staring at the water very carefully.

If you do get stung, pour only seawater on the sting, not tap water. Vinegar, wine, and other alcoholic drinks are also possible. You only have to go to the doctor if you get a jellyfish sting in the eye.

Sea urchins can also be a danger – it’s not specifically venom that causes problems, it’s the quill itself, which is often difficult to cleanly remove. The sea urchin’s quill is non-toxic. Sea urchins occur are mostly found in the rocky bays of Mallorca. It is not possible to delimit geographical areas occupied by urchins in relation to the island. "

Mallorca is one of the Balearic archipelago's main islands, alongside Menorca, Ibiza, and Formentera. Of these, Mallorca is the largest and most populous.

Mallorca's name comes from the Latin term insula maior (the larger island) as it is the largest Spanish island.

More than 10 million tourists, vacationers in 2019.

The capital, Palma de Mallorca, about half of the island’s population lives here.

Catalan and Spanish (Castilian) are the official languages ​​of the island. Catalan has been an equally official language alongside Spanish since 1983 and is now considered a first language. The Catalan dialect spoken on the island is called mallorquí.

From May to October is the best time to make a holiday on this island. June to August is the recommended period for young people seeking hustle and bustle, great nightlife. Outside the high season (May, September, and October), life is slow, the best timing for calm vacation and many excursions.

Quiet locations for families with children: e.g., Alcúdia (beaches with slowly deepening water), Soller, Ca'n Picafort, and usually the parts of the island further away from Palma (the capital).

The most beautiful bays are at Cala d'Or.

A beach called Es Trenc is visited by more than half a million people a year, and - believe it or not - 25 tons of sand is carried away every year unintentionally on the soles of slippers, between their toes, or on towels. After each tourist season, the lost sand is replaced in an organized way. 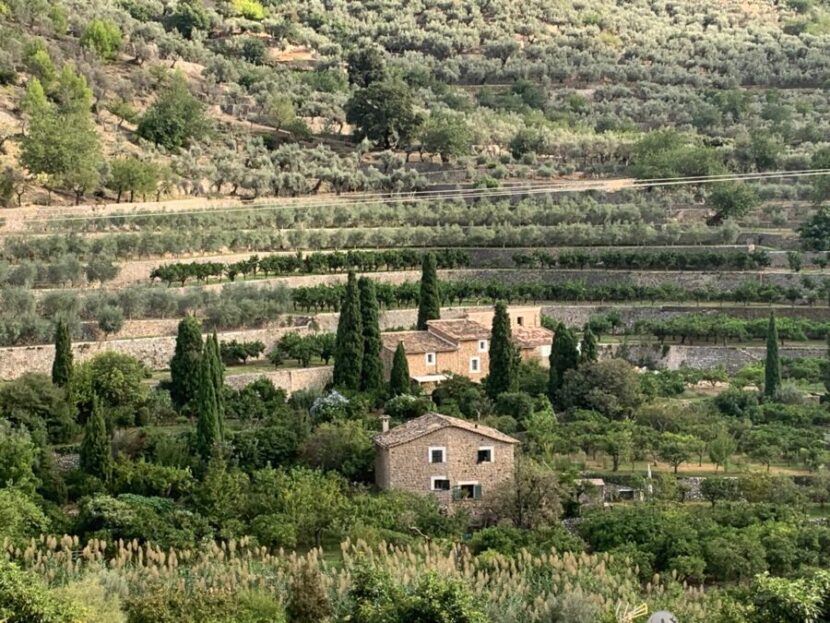 “Locals call their island an oasis of tranquility, and indeed, the abundance of sea, sunshine, and natural beauty make not only foreigners but also locals calm and happy. They have a typical Spanish zest for life, although especially in rural towns you can feel that they are not always happy to see throngs of tourists. While they make a living from them, they are also bored of them, which, given the sight of young Britons and Germans drunkenly flirting and hooking up, isn’t altogether surprising. The island’s traditional way of life has been changed in a relatively short time by forcibly developed mass tourism, with all the usual negative effects, so many locals feel they are slowly being pushed out of their homeland.

One positive, however, is that almost everyone speaks English and often also German, so you won’t be lost even if you don’t understand Spanish.

Incidentally, the locals speak an island version of Catalan, which even the average Spanish speaker struggles to understand, so in the end, English will almost certainly be the common denominator. The majority of the locals, as on the mainland, are deeply religious Catholics, so despite the island being a holiday resort, we should not walk anywhere except the beaches half-naked or in a bathing suit, and churches and cathedrals should of course only be visited inappropriate attire. 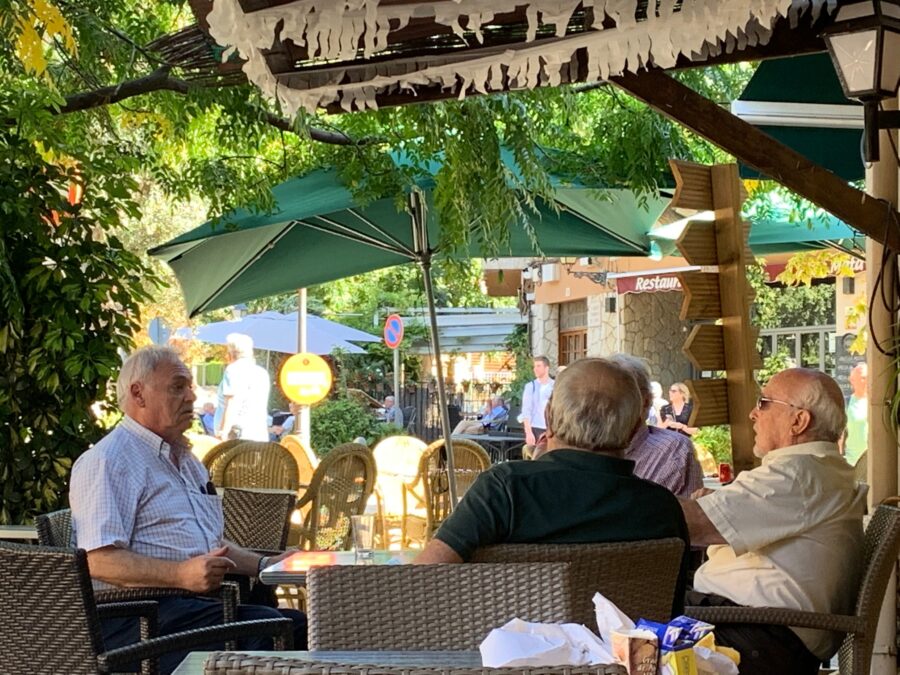 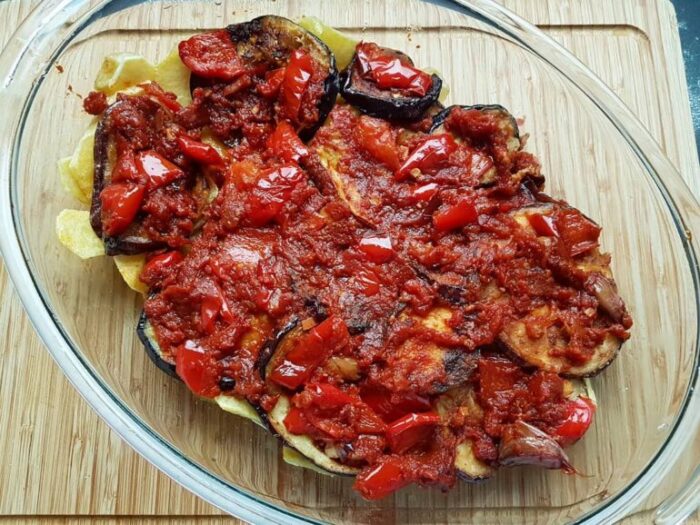 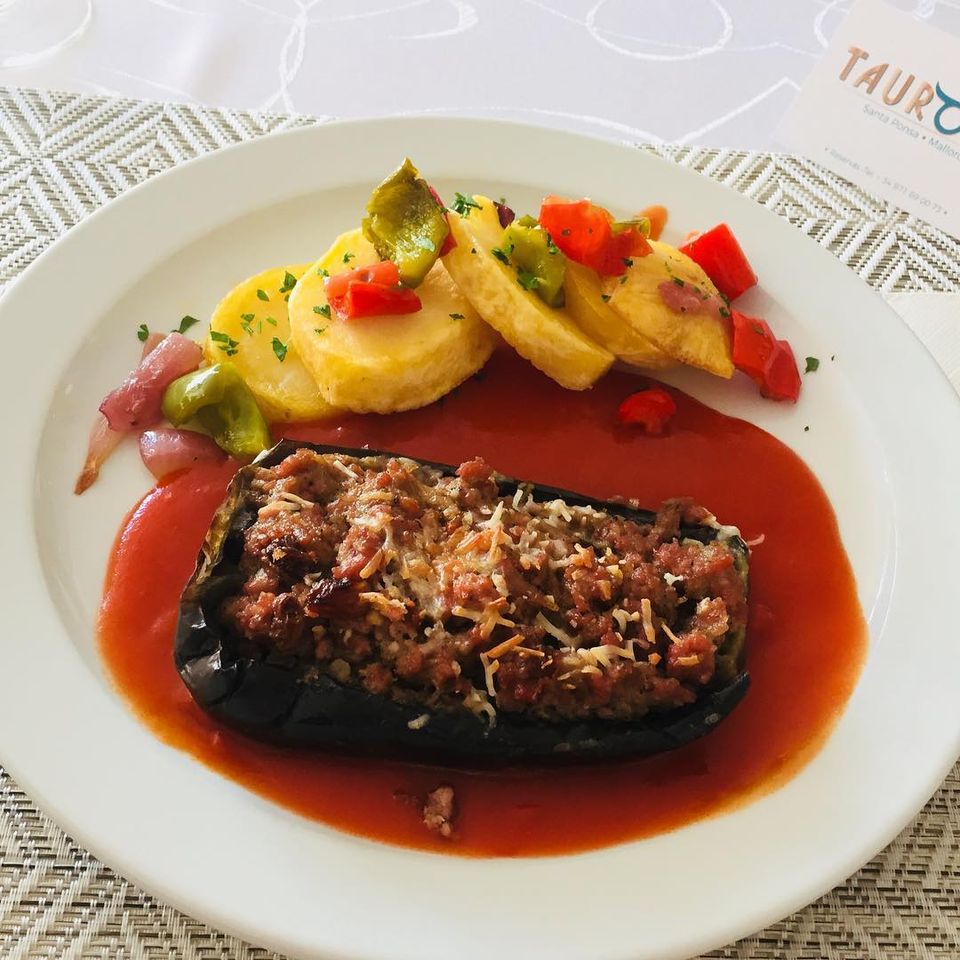 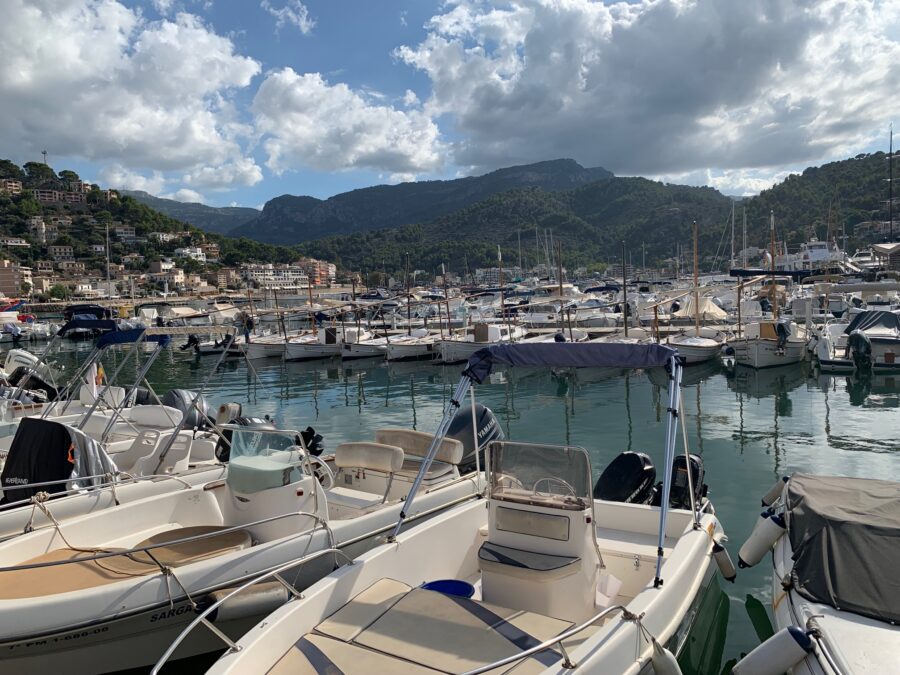 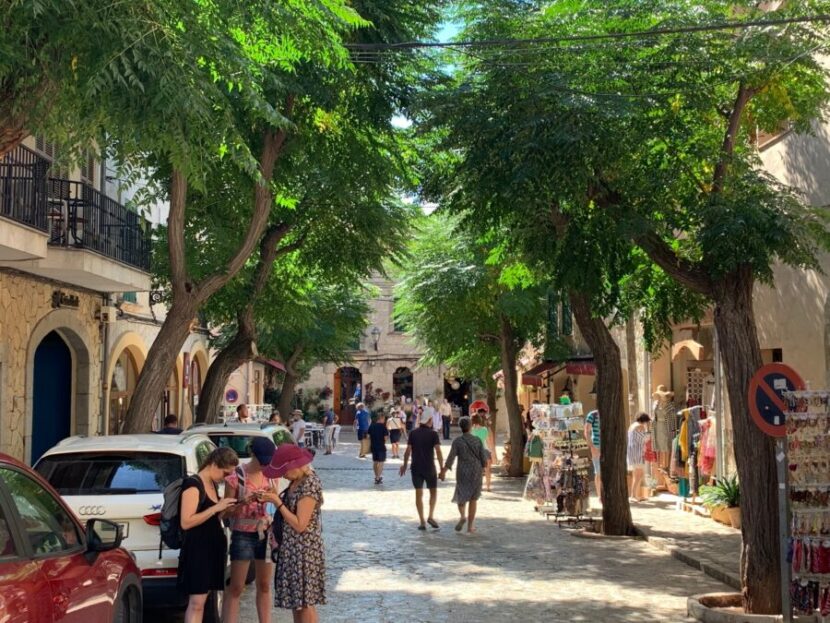 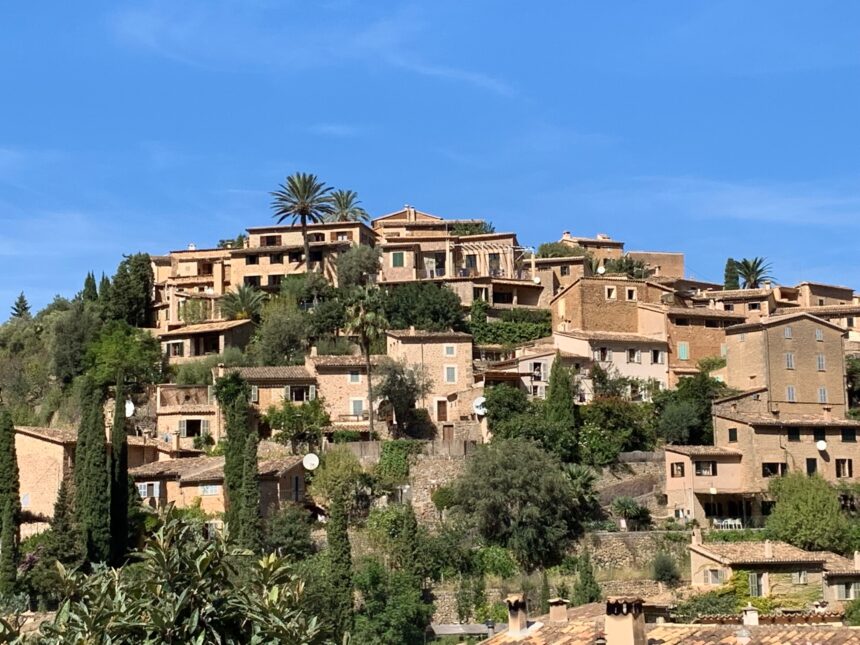 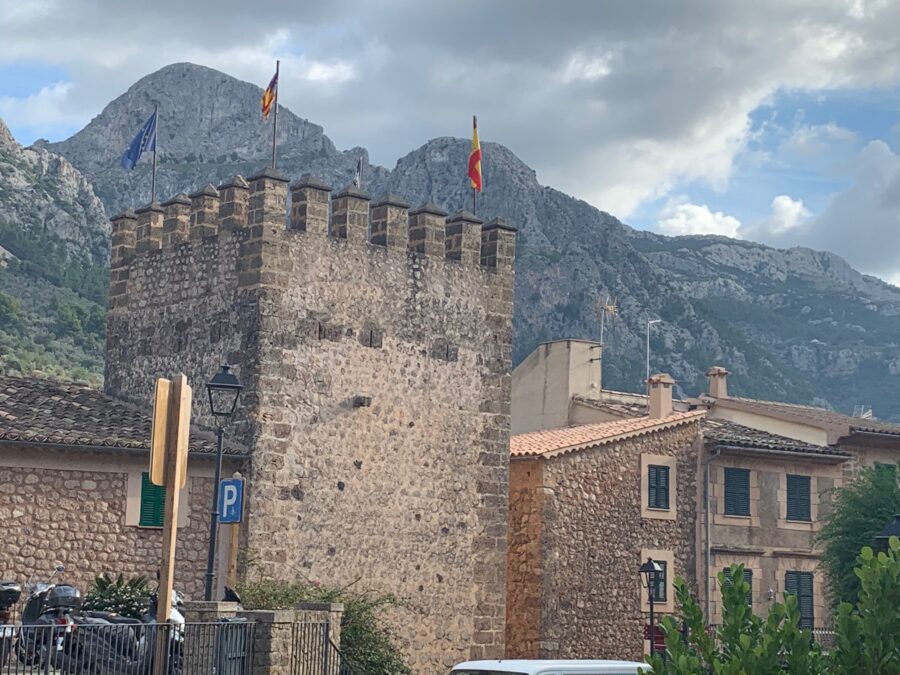 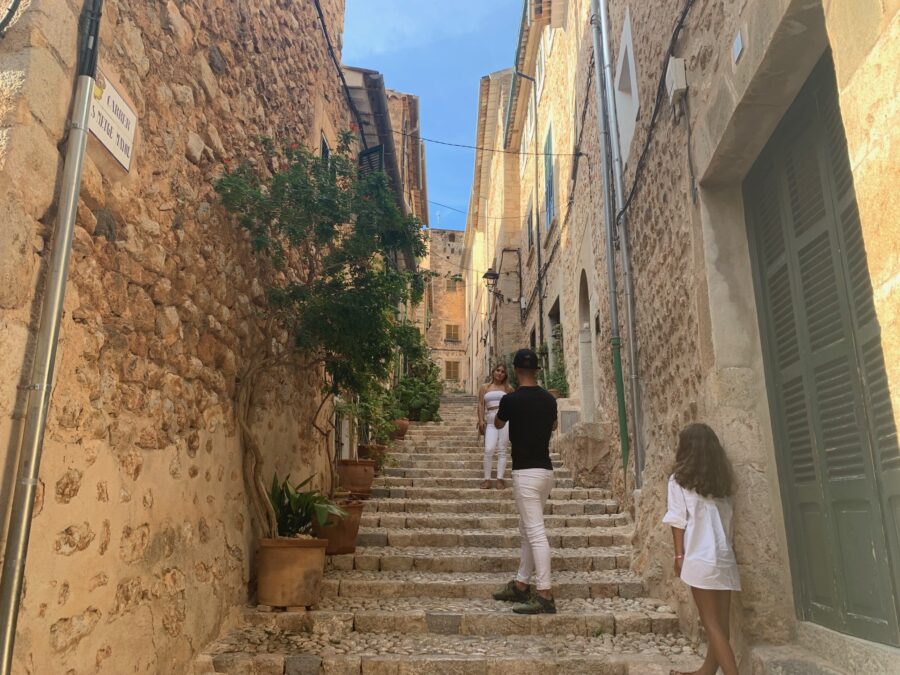 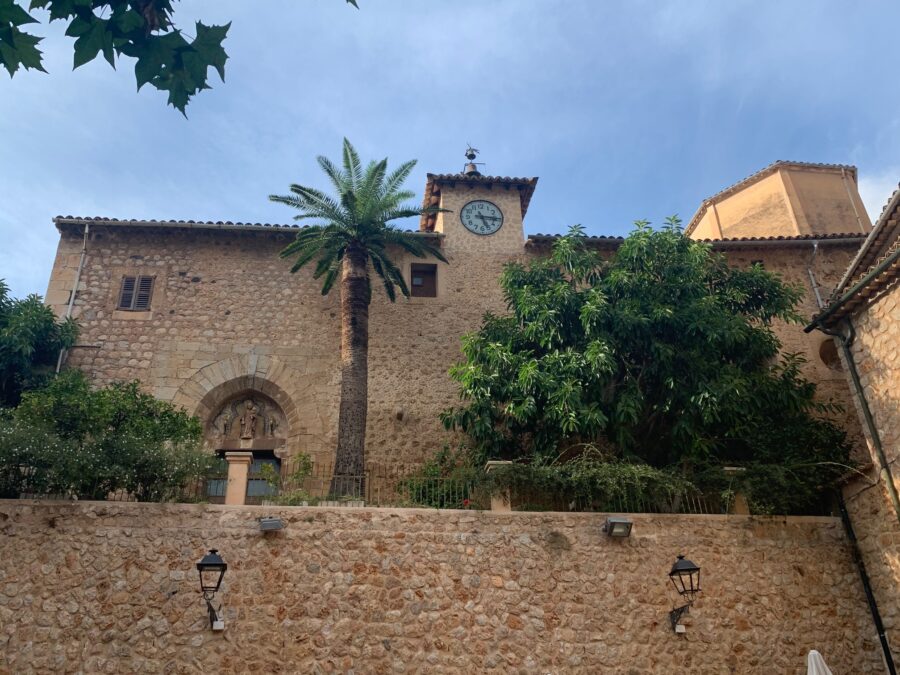 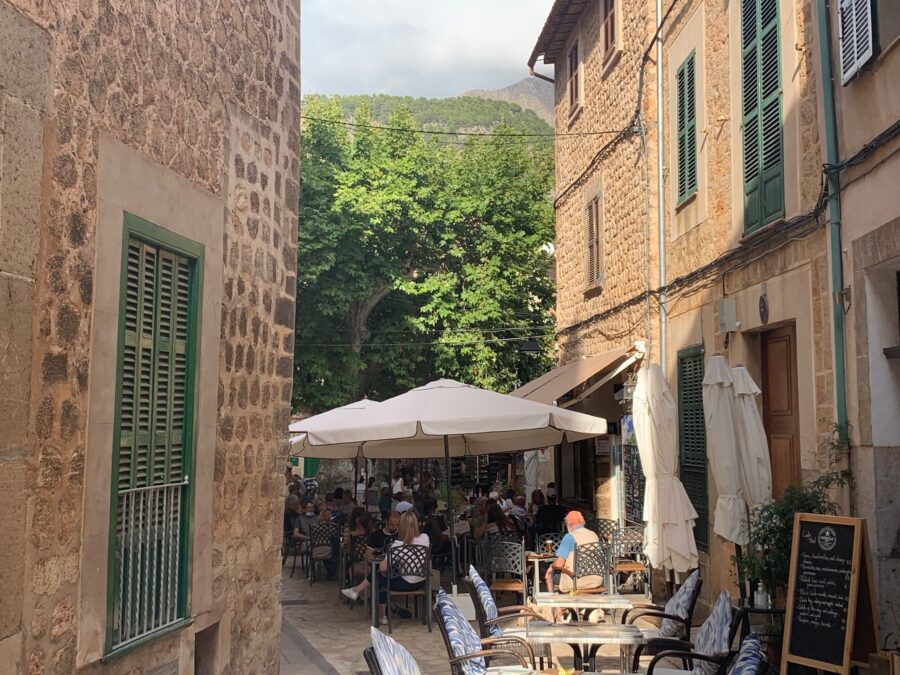 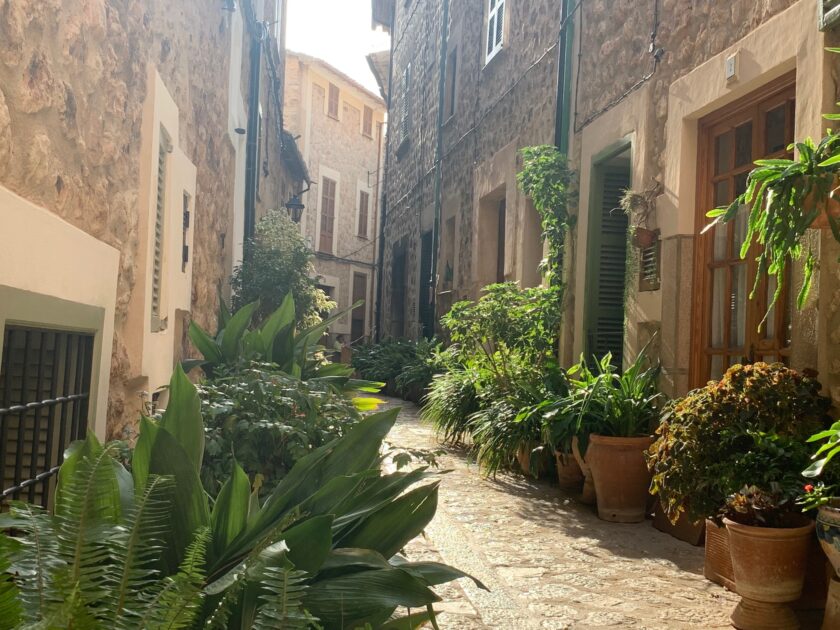 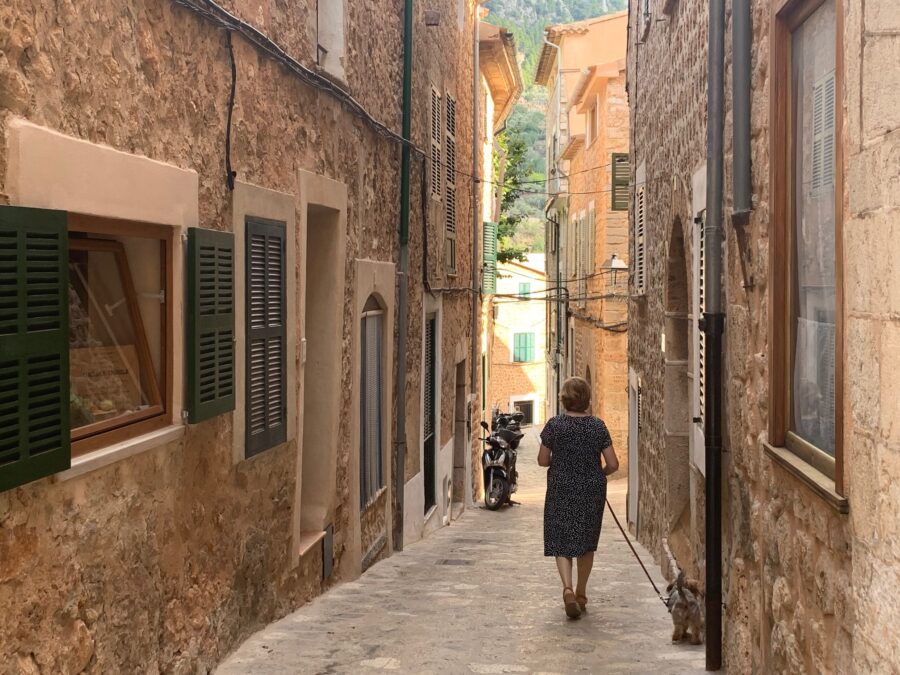 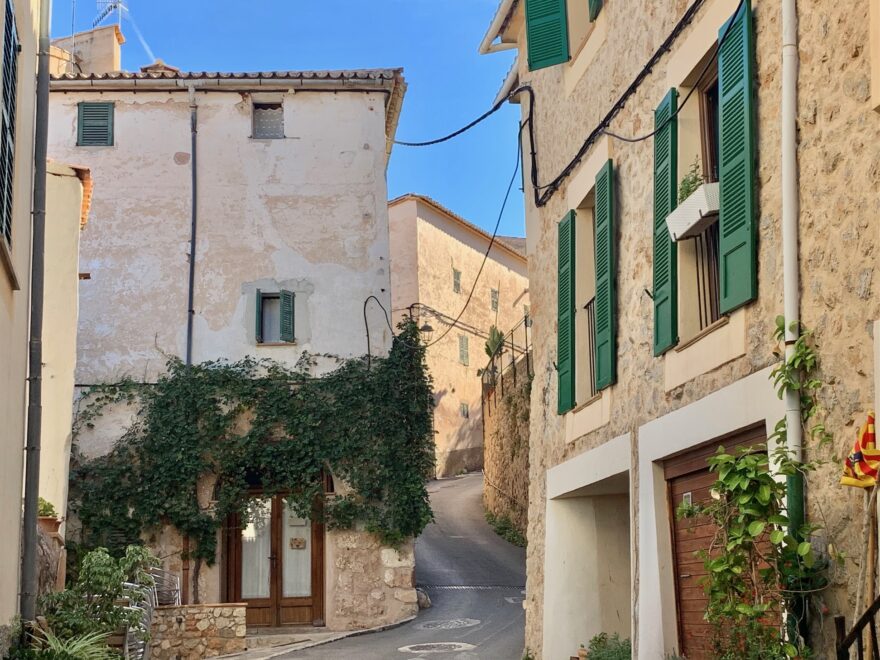 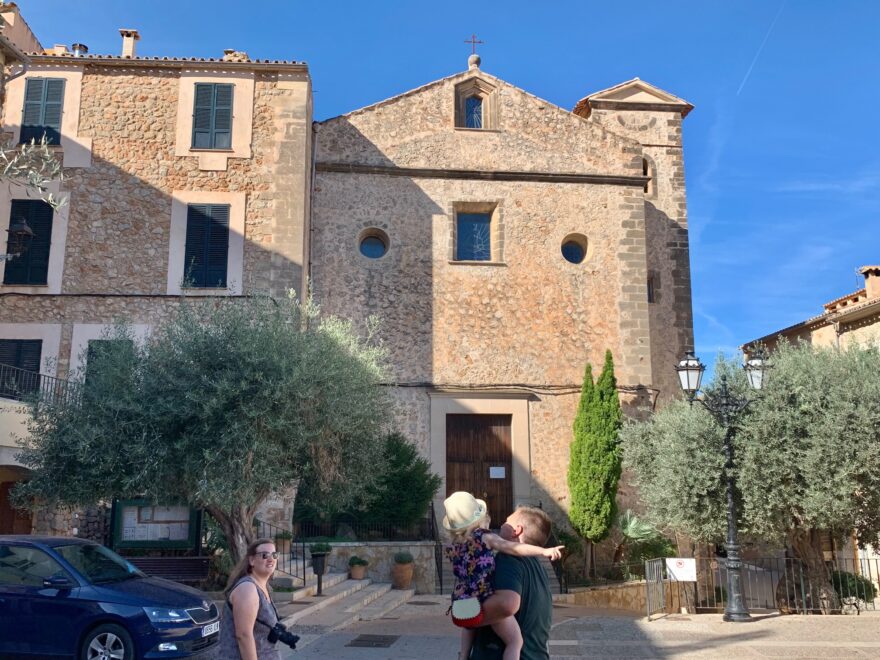 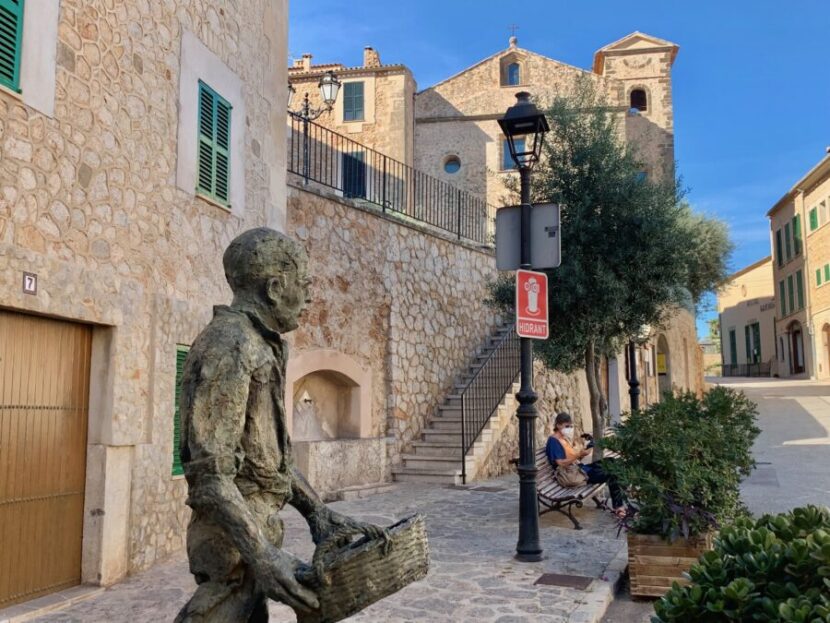 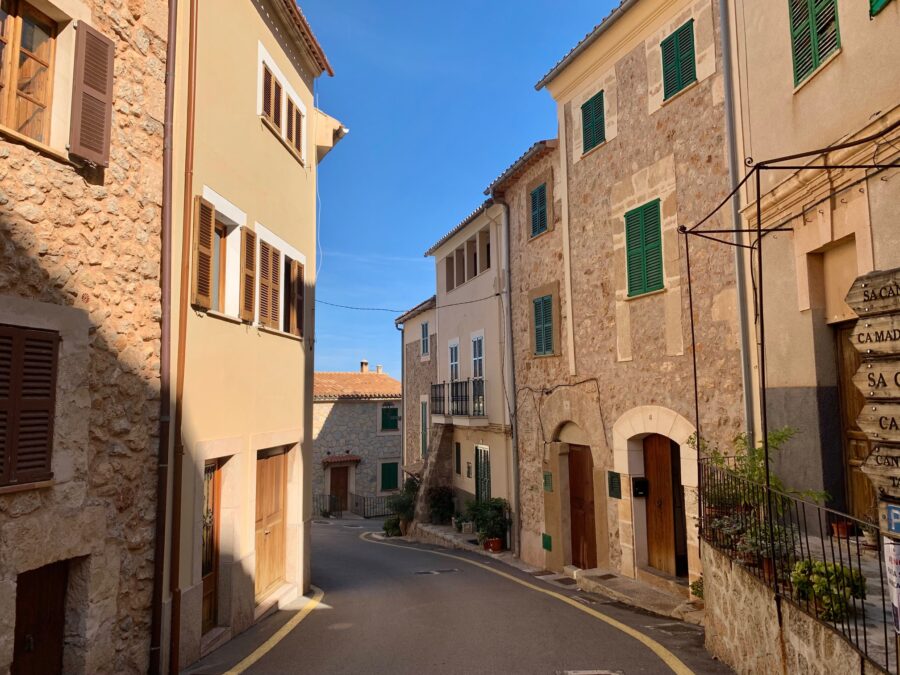