2. The charming path to the Miramare Castle

3. A pleasant stroll on the banks of the Canale Grande

5. Nobody cares if you take a swim in the sea from the promenade

6. The setting is Central European, but Trieste offers everything an Italian city should: a Roman theatre and triumphal arch, big squares, nuns, youths on mopeds, tasty pizza and pasta, great coffee

8. Our favorite even before entering the city: having seafood pasta on the terrace of Tenda Rossa, a fantastic restaurant near Miramare Castle overlooking the Bay of Trieste

1. A huge challenge to find a free park space – your best bet is an underground parking lot

2. As elsewhere in Italy, the locals drive like madmen

3. When arriving from Slovenia on the highway, the huge, ugly industrial zones and thinly scattered houses can be unsettling

4. Most restaurants close between 3 and 7pm

Trieste was an Austrian city for many centuries, and remains the ‘least Italian’ of Italian cities, but this is just what makes it unique. The main square, Piazza Unitá, named after union with Italy, is the city’s main attraction during the day, and when it’s illuminated in the evening it becomes truly spectacular.
In the mountains which surround Trieste, between San Nazario and Opicina, is a hiking route called the Strada Napoleonica. Part of this is a paved path, while in other places it’s just a well-worn woodland trail.

If you approach the city from Slovenia, Trieste looks absolutely atrocious. You drive across a sort of bypass/entrance overpass, and a gigantic industrial port unfolds in front of you. I can hardly imagine a worse first impression, and while it turns out to be far better than this suggests, there’s a moment when you wonder what you’ll do if it isn’t…” (2017)

“When I got to the city center it was as if I had fallen into an anthill, where everyone is rushing, cars are speeding everywhere, the streets are narrow and winding, and everything seems extremely urgent. My impression in the morning was that Trieste is this big buzzing, pulsating thing, where hustle and bustle and crowds are everywhere.

The opening hours are very restricted. If we want to visit one church, the other would be closed by the time we get there, or it might be closed for the whole of that day. It was impossible to coordinate and plan our trip in the city in such a way that everything fitted in, because this is not such a small city. Not everything is easily accessible on foot, and distances can be substantial. (I didn't figure out the public transport. Maybe it's easier that way, but I don't know). Chaotic.

Parking is real torture - the locals recommend the bus, but I'm not sure that's really a solution. After circling up and down the catchment area of the port, we just found a good little parking lot. The visit to Trieste could begin.
Walking through winding streets, along the park (the genre sculptures of Italio Svevo also make quite an impression), we reached the shoreline, near the marina, and saw the old lighthouse still quite far away, but we reached it at last by walking along the shore. Although the lighthouse no longer fulfills its original function, there are offices on the ground floor, the staff are friendly and welcoming, and you can go up the spiral staircase to the tower and look out from this vantage point by the sea.

The Grand Canal is one of the most interesting places in Trieste because there are so many beautiful, worthwhile sights in one place, and even the alarming rush fades here to a quiet calm. Everything around the canal is attractive, and everywhere we look, we see something beautiful and unique. On one side is a restaurant, on the other a park with benches, a little further away is a square with its Italian charm, and in one street there is a beautiful church with golden mosaics. The latter attracted me like a magnet. It turns out to be the Serbian Orthodox Cathedral, its full name is Chiesa Serbo Ortodossa di San Spiridione, and it certainly captured my attention, because even though I fell in love with it at once, getting inside wasn’t so easy – it was closed, so we had to come back in a few hours to see from the inside that the outside and the inside are truly harmonious in this church.” (2020) 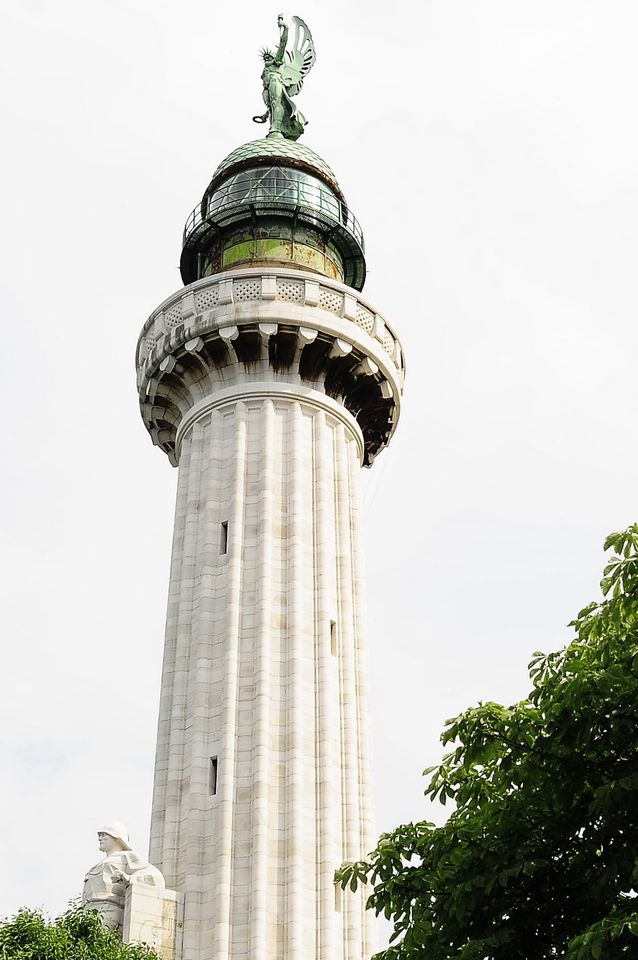 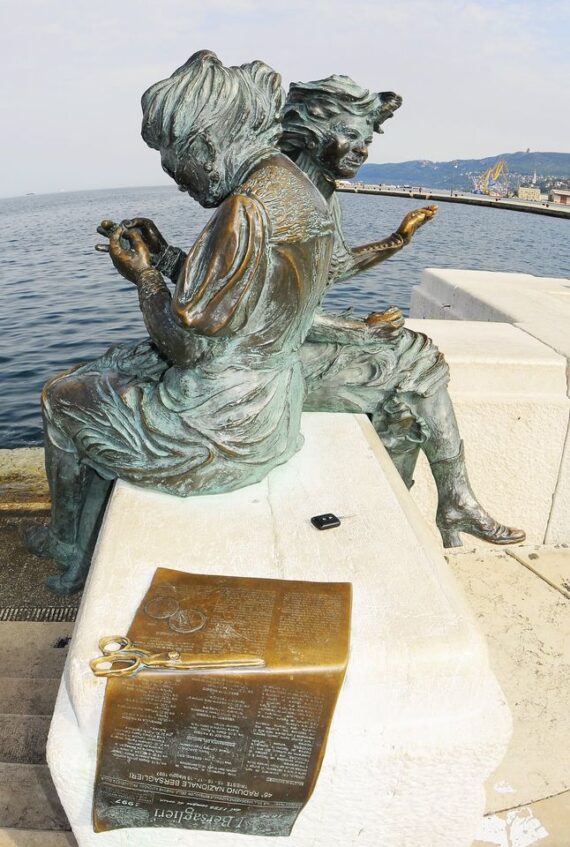