1. Walking by the castle in Sirmione, or along the banks of the Mincio in the town of Peschiera.

2.  Going out to Gardaland theme park, or swimming beneath the cliffs at Manerba
3. Driving along beneath high cliffs and through tunnels on the road to Limone, taking the roads up
through either Tremosine or Pregasina before reaching Limone sul Garda itself, which is a marvel
4. Walking up to the castle in Torbole
5. Watching the rock climbers several hundred meters up at Arco
6. Talking a stroll on the Ponale path from Riva del Garda towards Malcesine
7. Taking the cable car to the top of Monte Baldo, drinking a glass of wine in Bardlino and walking
through Lazise. Salo is also gorgeous
8. Great ice creams, delicious wine and food
9. Among the great Italian lakes, Garda is the cleanest
10. Windsurfing at Riva del Garda
11. Many beautiful plants and trees, including lemon trees 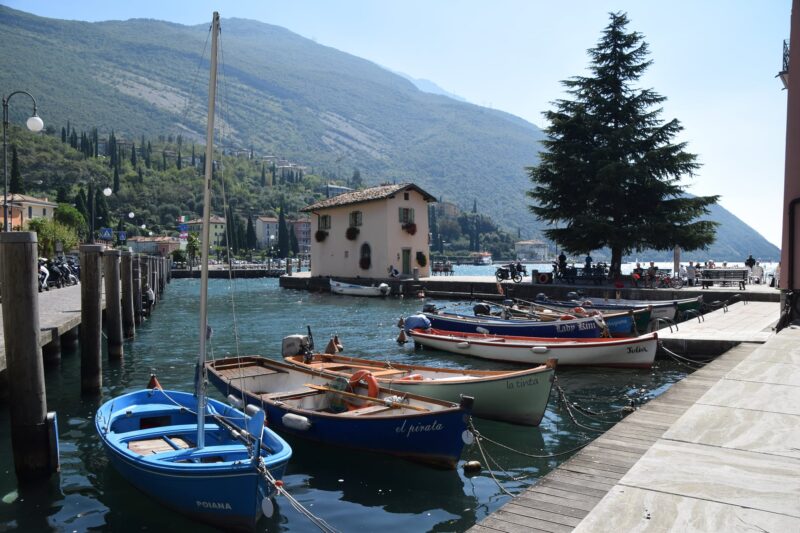 1. Big crowds in August, especially in the towns, and the restaurants are absolutely crammed
2. The lake water could be cleaner – polluted in some places
3. Traffic jams on weekends
4. When the weather turns bad it can spoil your plans
5. Some roads are in bad condition, and you have to drive carefully
6. Even mineral water is expensive
7. The beach facilities are not very practical
8. Standing in line at Gardaland
9. A lot of steep, tiring streets, and dangerous hairpin bends on the roads (especially for and because
of cyclists)
10. Speed limits are not widely observed 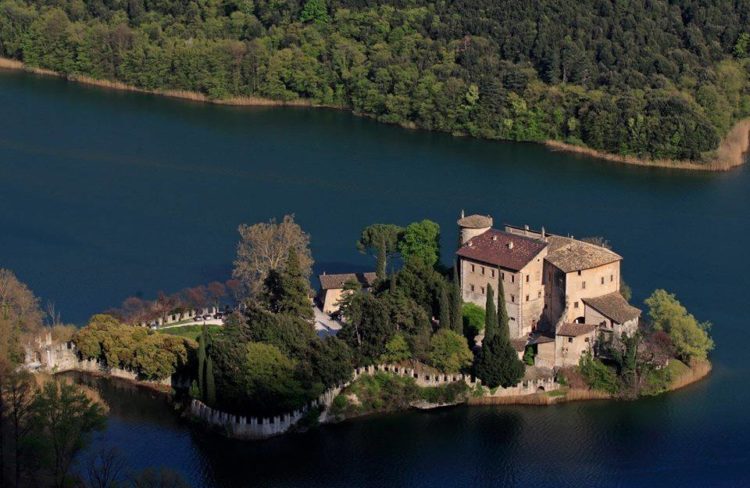 “Our hotel was in the town of Garda itself. We took the cable car (unfortunately) up to Monte Balda (€22 per person) then realized the next day when we looked at our map that we could have got there by car as well. (We did some hiking too – it’s fantastic to walk in that beautiful landscape).

We rented trekking bikes for one day and did a 20km tour along the lakeshore… We saw Bardolino Castle, had lunch and then cycled back.

We spent one afternoon shopping and visited a mall in a town called Affi (and bought very good quality clothes and shoes, at good prices).

Most of our time was spent sightseeing in towns, but I have to admit that there were lots of sights we only looked at from the car. The traffic was terrible – it took us 30 minutes to get to a shop just 8km away because everything was so slow. That’s why we missed out on so many sights. If we went back we’d definitely rent a motorbike instead.” (z.k. 2019)

“Forgive me if I gush a little in describing what is so wonderful about this lake. Lake Garda forms a peculiar little world of its own: a mixture of Mediterranean atmosphere and majestic mountains. This 51-km-long glacier lake is hemmed in from the north, west, and east by the high peaks of the Dolomites, while its southern reaches are bordered by a broad plain. On its eastern and western shores, the vast mountains seem to ‘grow’ almost directly out of the water. This is where the winding road which skirts the lake passes through a series of tunnels. Along its sides, planted like rows of candles, grow tall, branching cypresses, colorful oleanders, bougainvilleas, slender palms, and groves of lemon trees.

Armies of windsurfers race across the endless, dark-blue surface of the lake. Due to the scale of the lake, and the southern vegetation, we might easily imagine we’ve reached the shores of the Mediterranean, were it not for the mountains, the peaks of which are still blanketed with snow in the springtime. So, outside of this Southern Italian/Swiss region of lakes, where else can such a unique and beguiling atmosphere be found?

“There is a high-quality road which runs right around the lake, sometimes running through tunnels or beneath high cliffs. It is suitable for cycling as well, and the drivers are tolerant of cyclists – the driving culture here has adapted to them. The circumference of the lake is around 150km in total, and there are no steep ascents or descents – it’s fairly flat. So long as you remember the names of a few towns, you don’t even need a map. 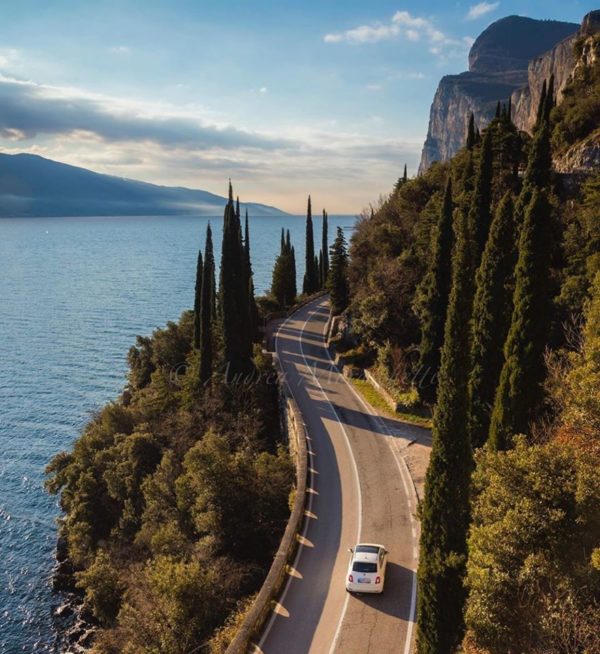 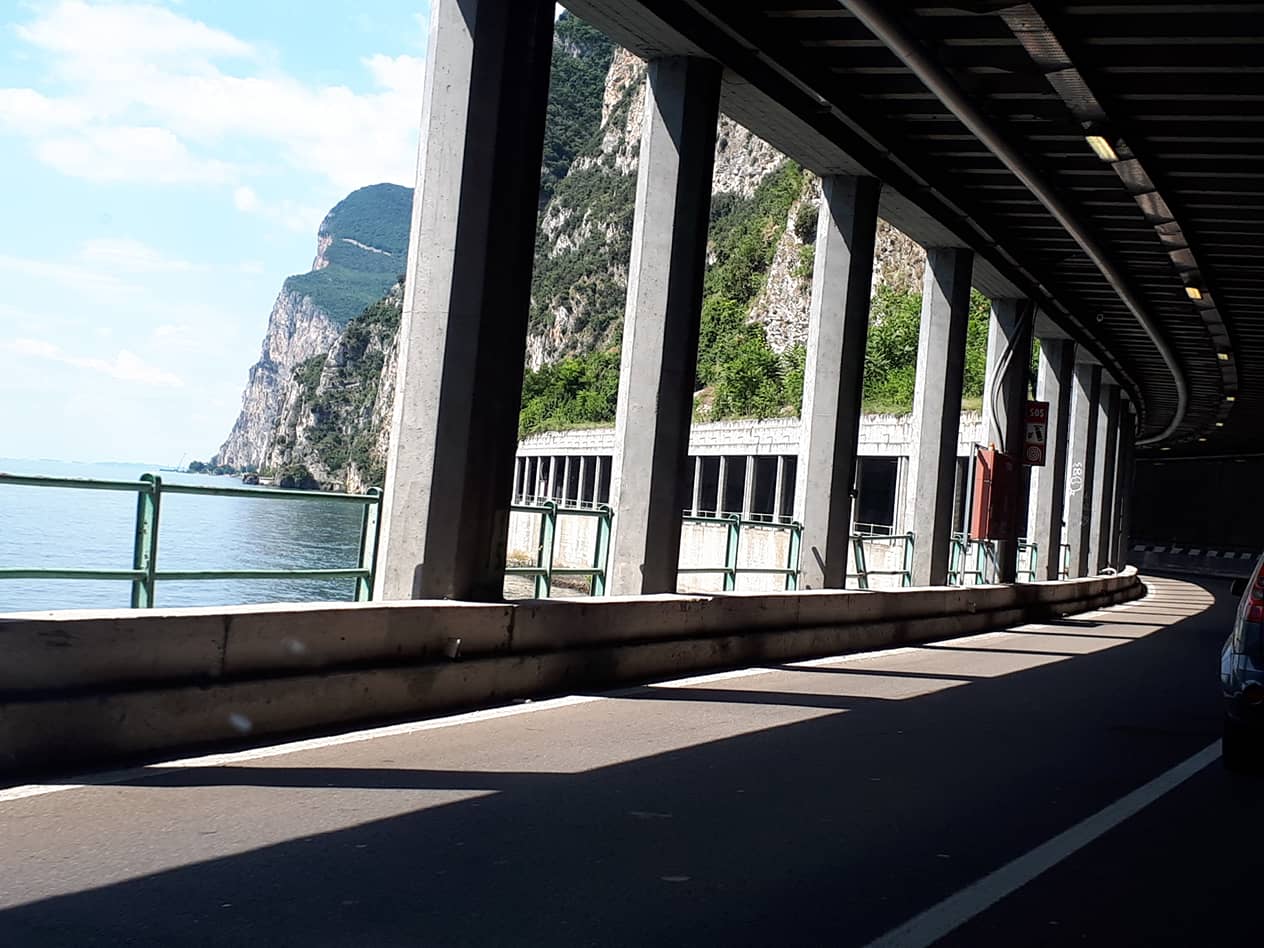 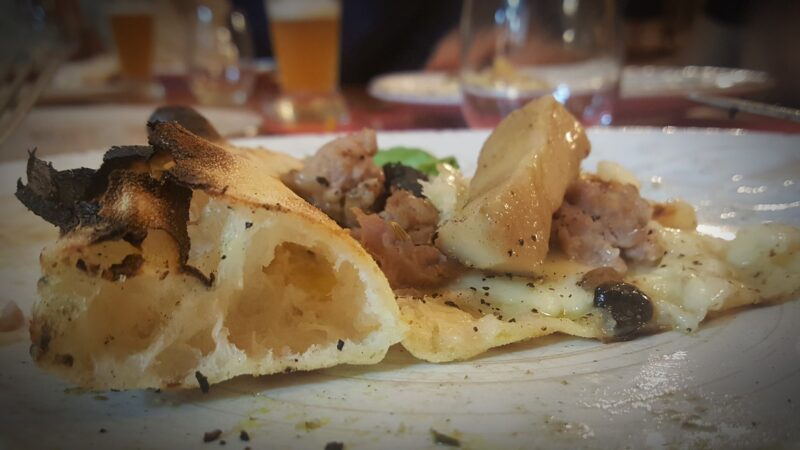 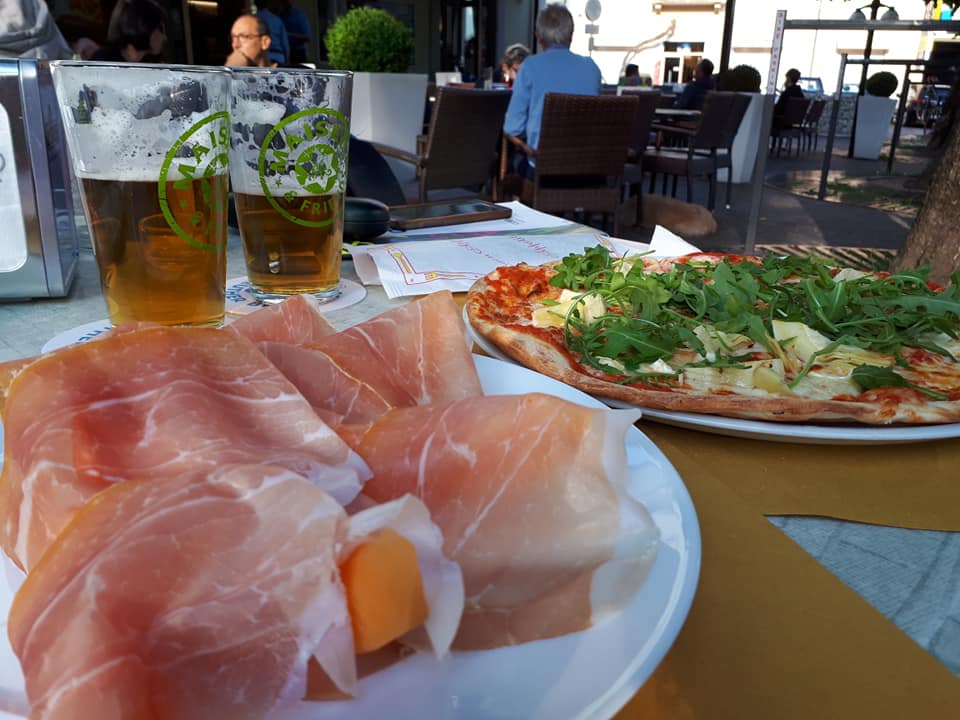 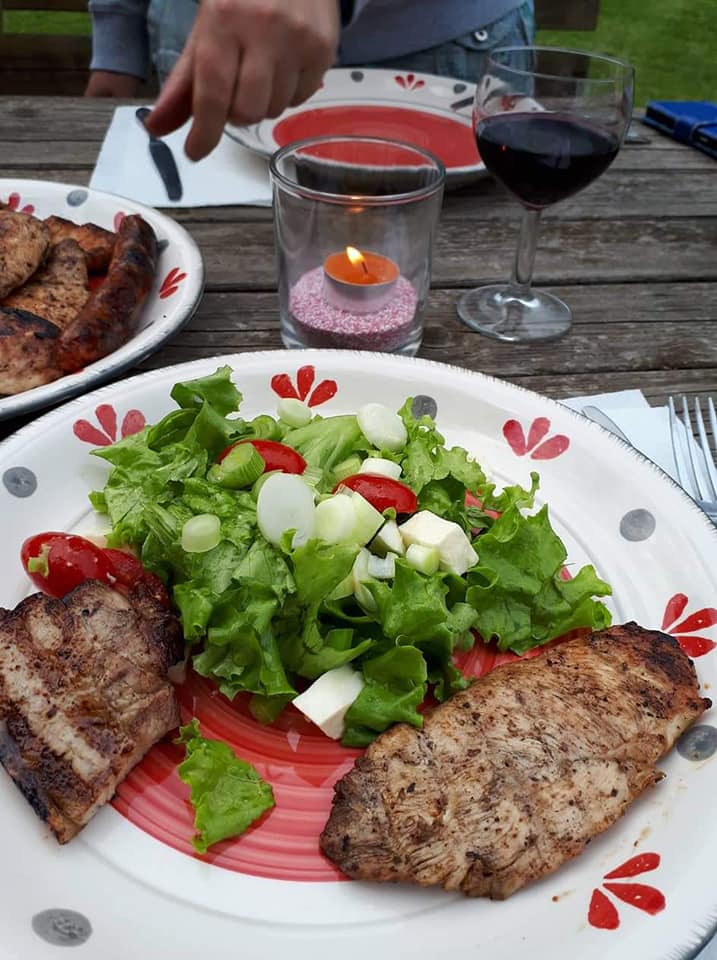 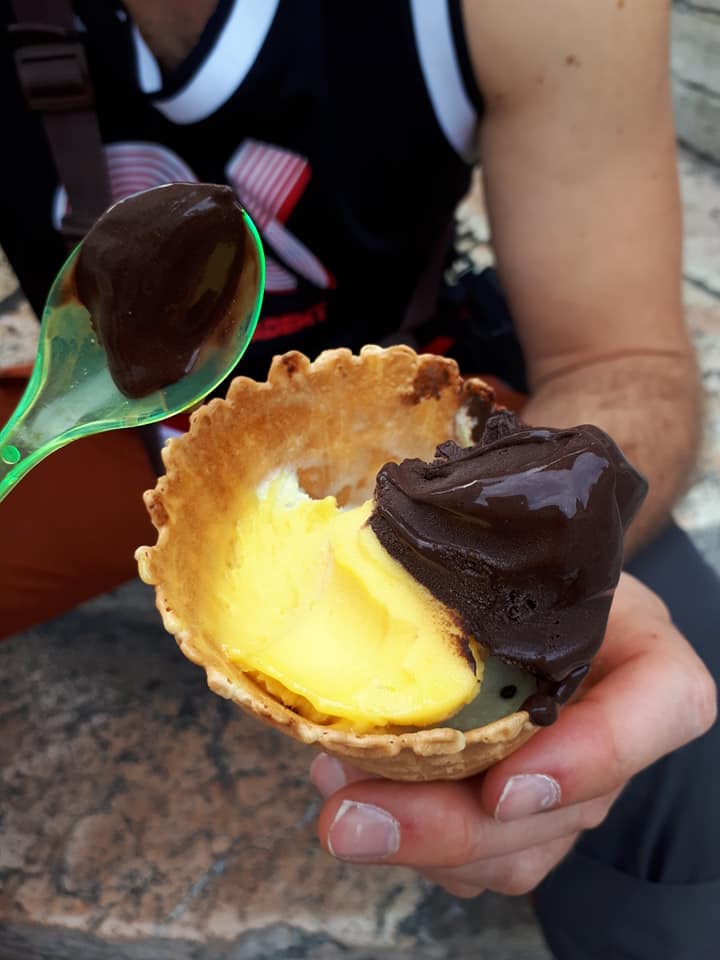 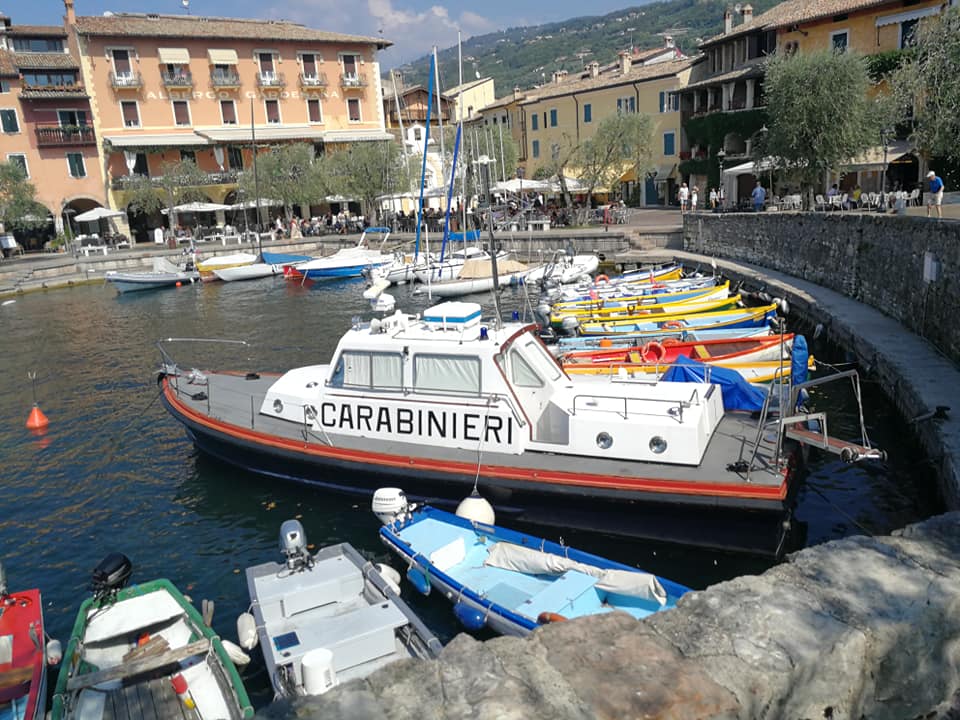 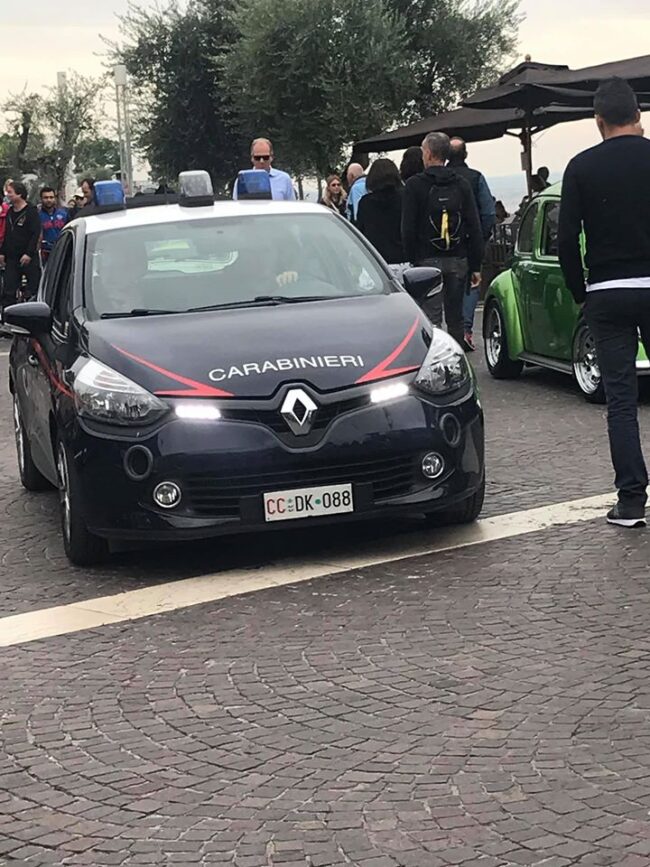 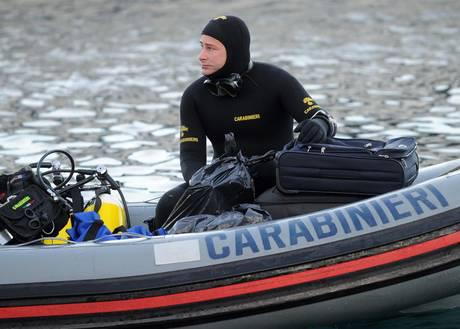 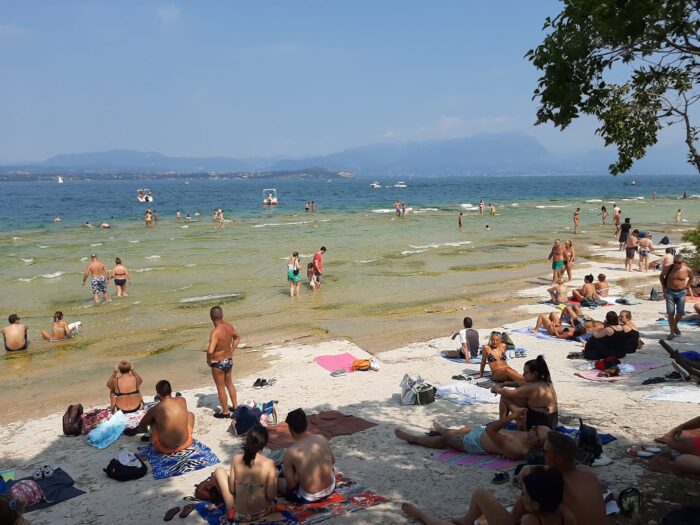 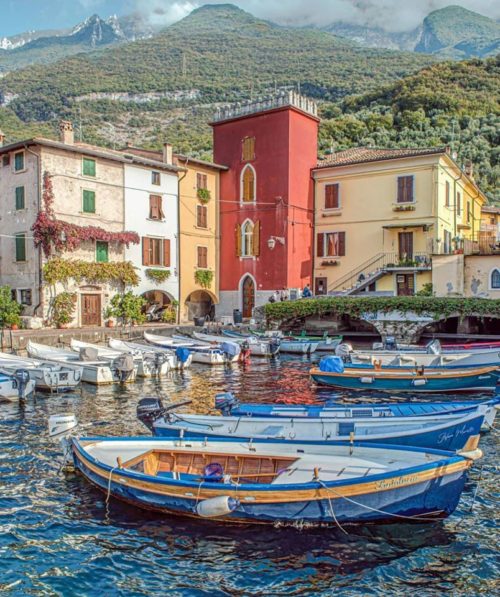 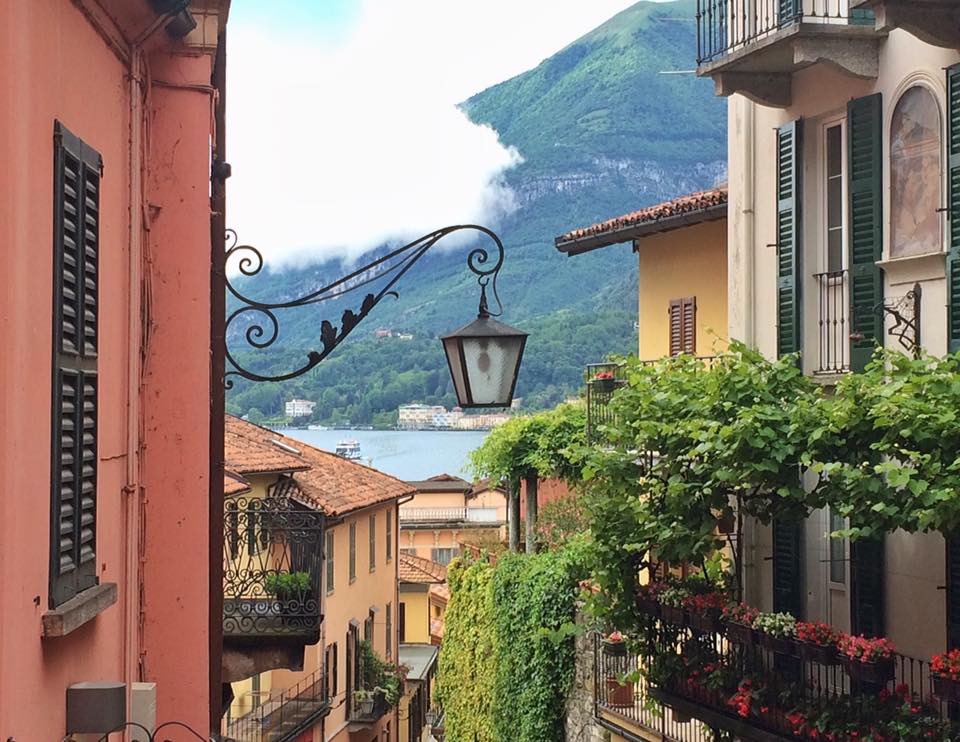 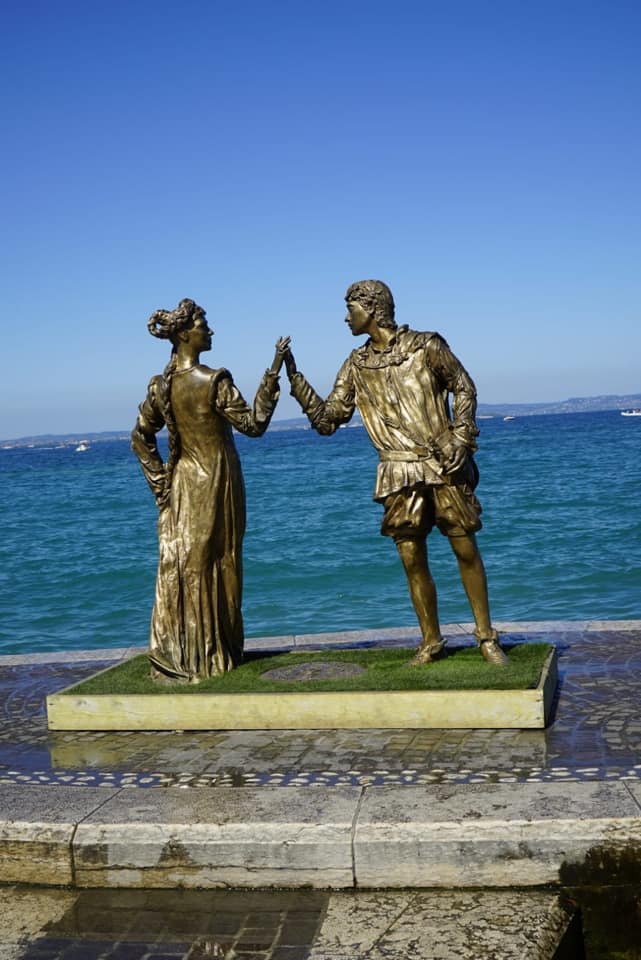 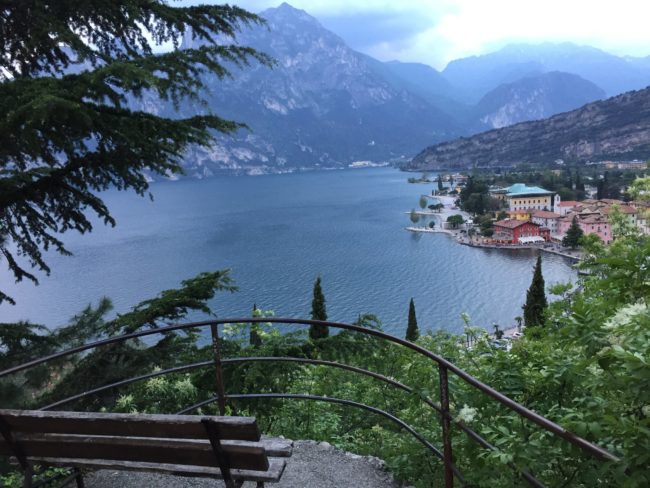 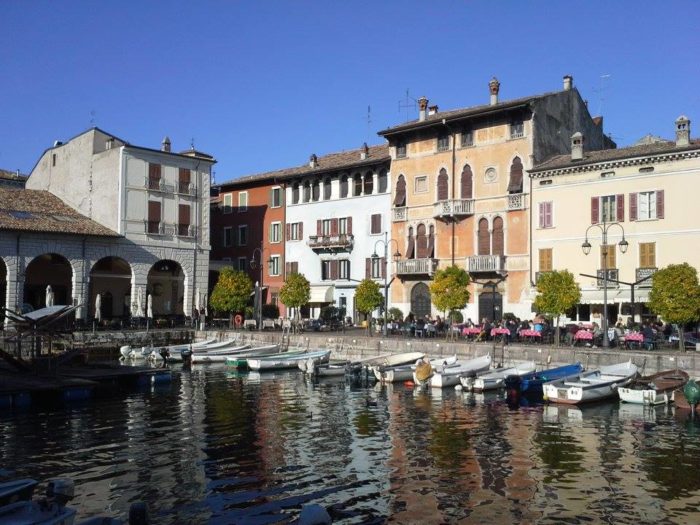 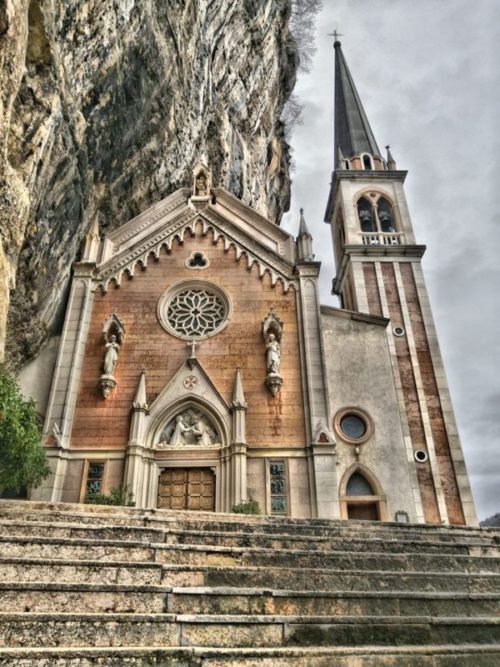 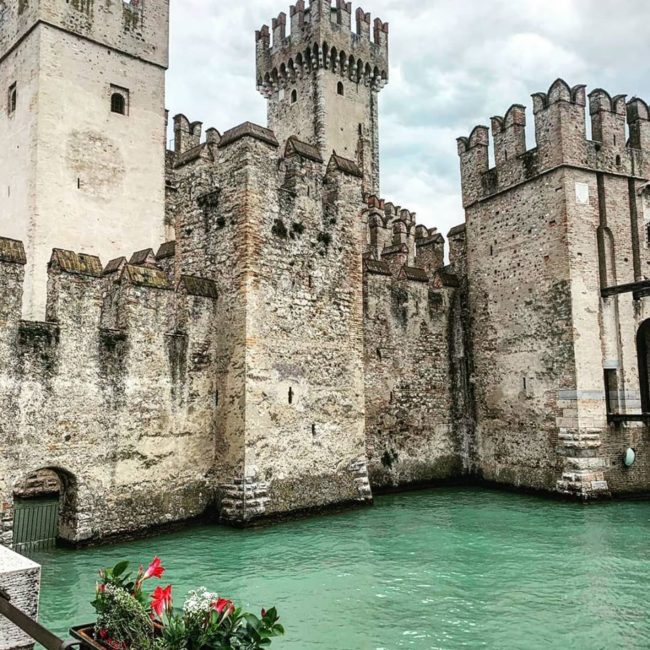 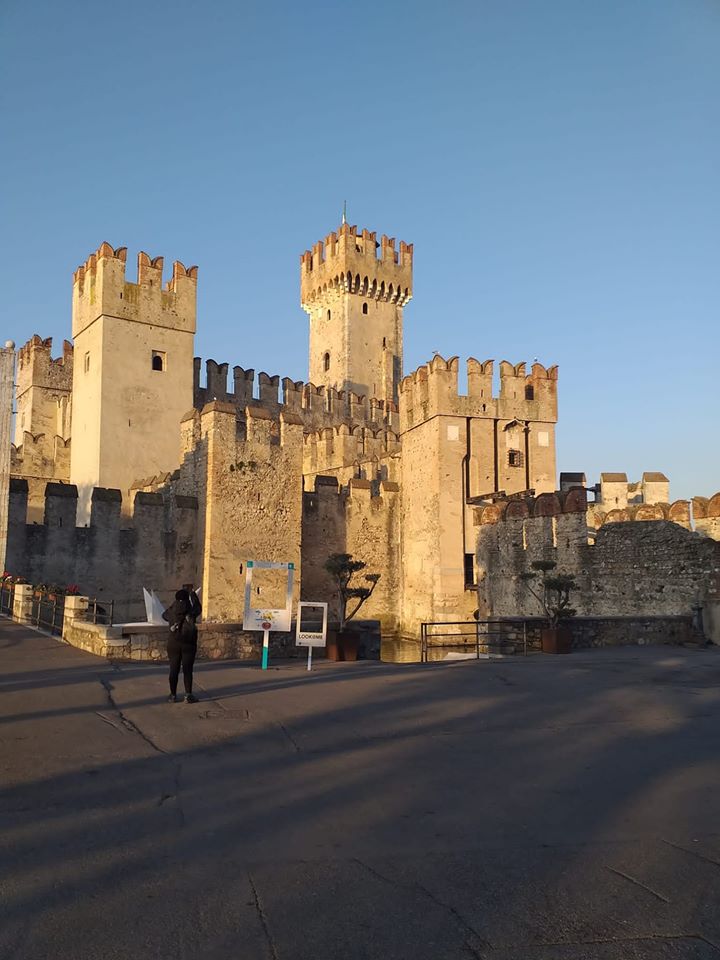 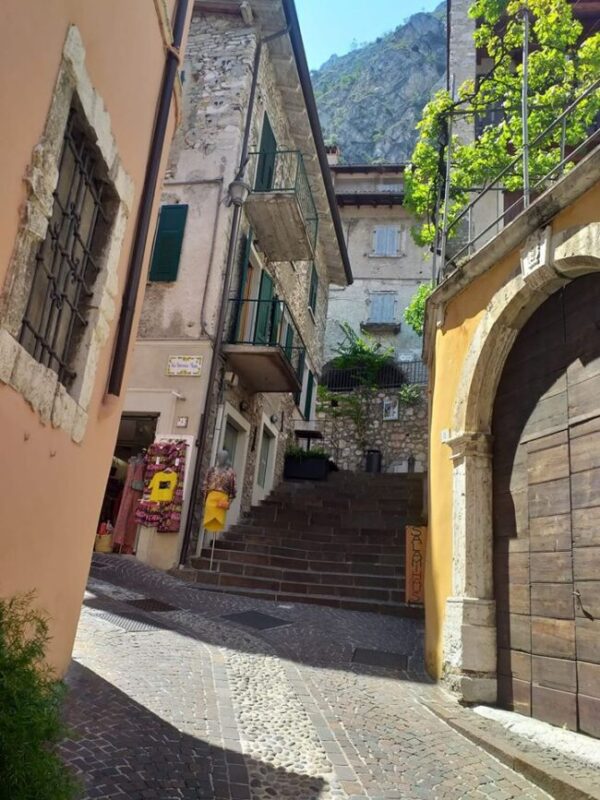 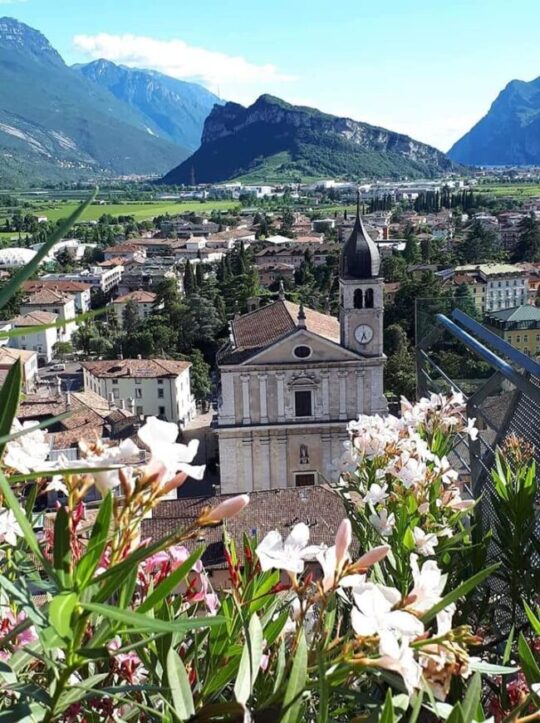 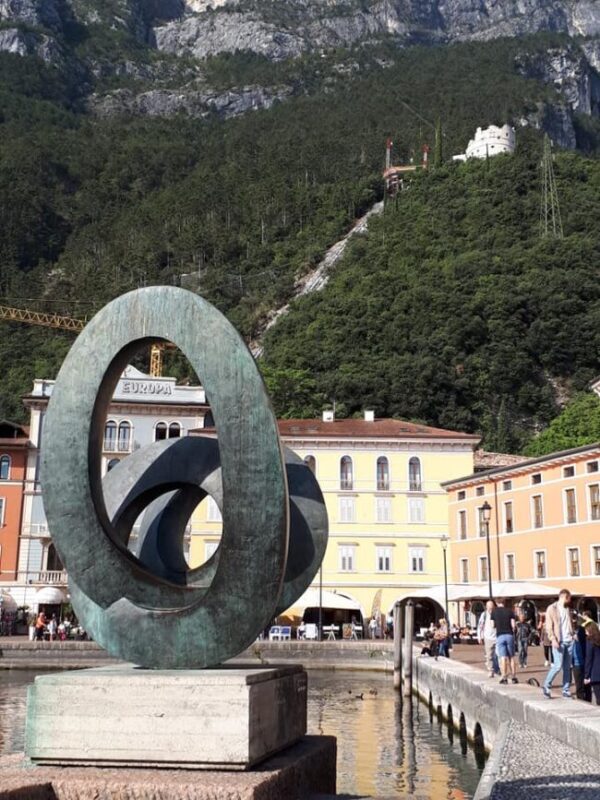 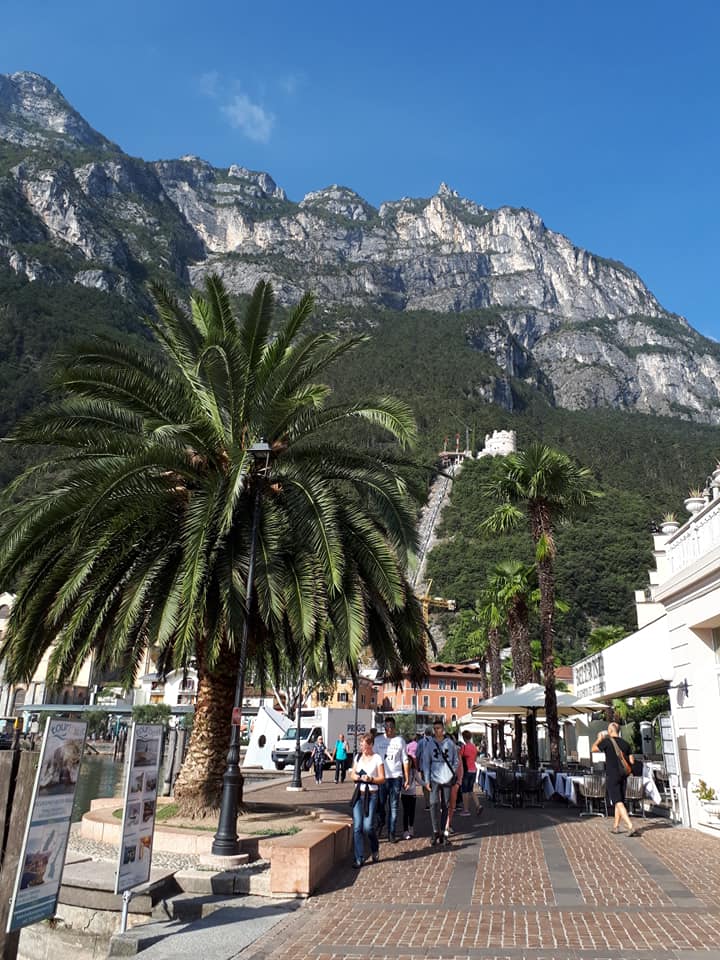