1. Wonderful panoramas on the city, on the rooftops

1. The topography of the city causes a solid physical challenge (walk up the hill, then down, then up again).

2. Over the years, too many locals have moved from the city center to the suburbs; therefore, the center shows a lack of everyday life, which is only thanks to the students.

“Perugia, home of Bacio chocolates and center of the Umbria region, welcomes visitors arriving at its train station with a miniature metro line, or mini-metro. This is no bad thing because the city is way up on top of a hill. Getting to the center on foot takes forever, or at least a pretty long time. It’s also lucky that the plateaus are connected to one another by lifts, stairs, tunnels, and this mini-metro, with its little trains that look like ski-lift gondolas. At the mini-metro terminus, you find yourself right in the historic city center, with a view over the whole valley. It’s a stunning view, whether in sunlight or in rain, at night or during the day. The layout and construction of the whole city are no less jaw-dropping. There is no end to the architectural marvels from the Middle Ages.

The traveler, walking through squares jam-packed with laid-back locals and hurrying tourists, has the impression of being in a video game set in medieval times. As though the whole thing was just scenery or some kind of spoof. But how? It’s like a giant stage-set, behind which, in the hidden terraces and narrow alley-ways, lives are lived out of sight of curious tourists. A guidebook writes the people of Perugia are much more stand-offish than, for instance, their neighbors in Siena. I get the same impression as we explore more, venturing deeper into the heart of the city.

Even though we can walk the streets, Perugia still does not give up all its secrets, and some of them remain hidden. It’s a feeling that strikes us as we sit on the balcony of what was once probably a monastery, admiring the view of the valley and eating otherwise tasteless, crispy bread dipped in olive oil, as well as a mozzarella and pesto salad we made ourselves, and drinking a dry white wine with a slightly sour taste. A peculiar place.

Perugia is a very hilly city. Most of the main sights are located on the hilltop in the historic center, Centro Historico. It is almost impossible to drive into the historic center (old town) unless you have a hotel reservation. It is cumbersome driving a car on the cobbled, one-way streets even outside the old city. Road signs are more likely to be confusing, and you may end up circling multiple times in the same places. It would be best if you preferred to walk in Perugia.
In one day, you can easily explore the city. 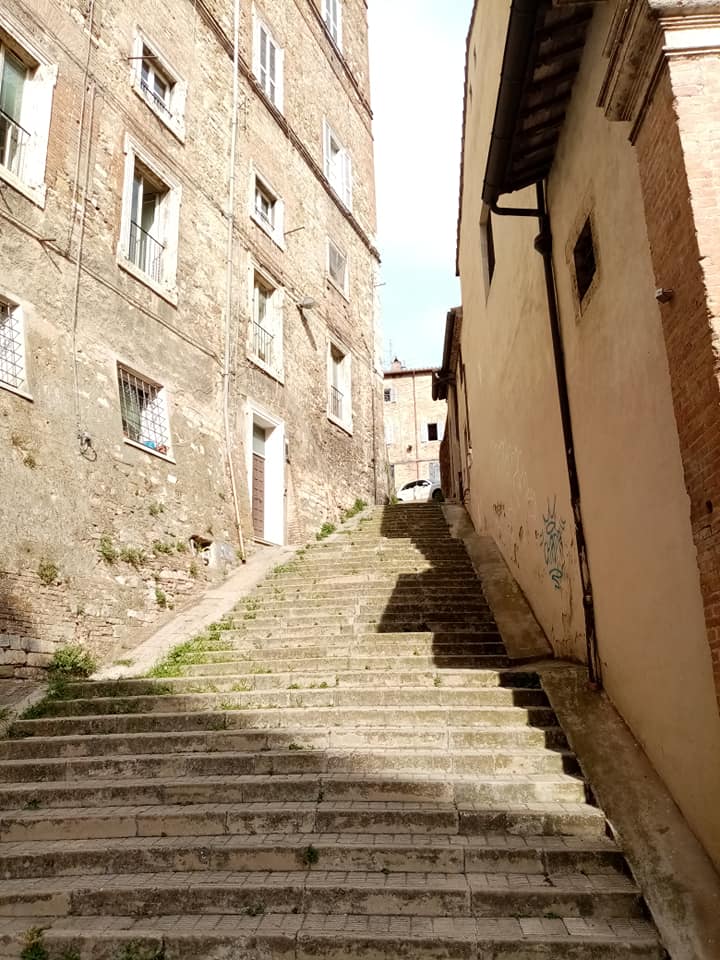 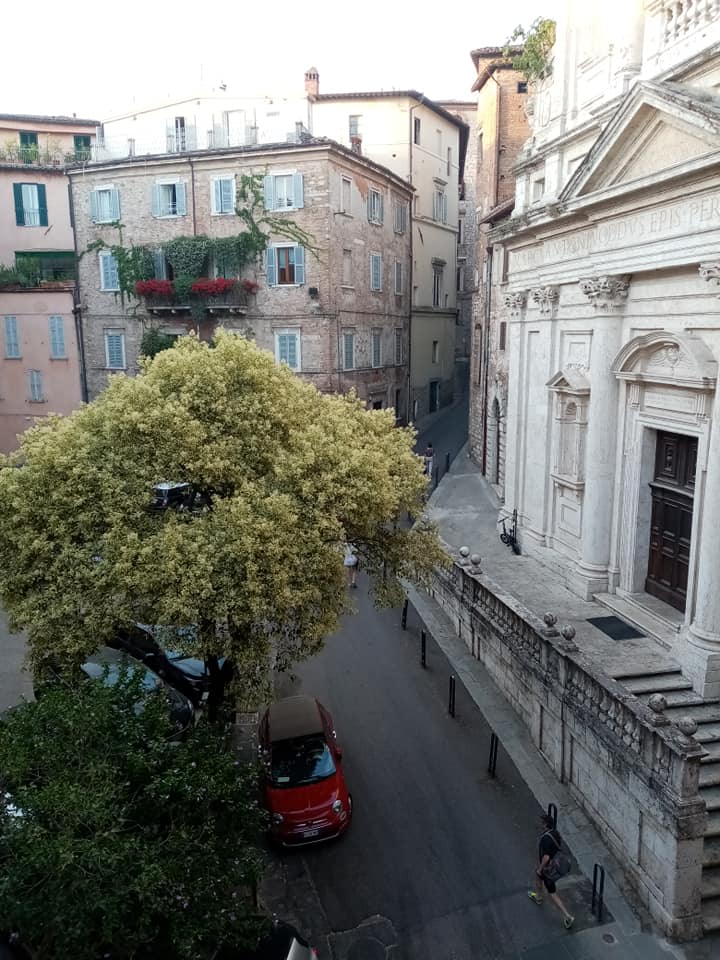 Perugia - view from a room of the Hotel Anna - a.e. photo 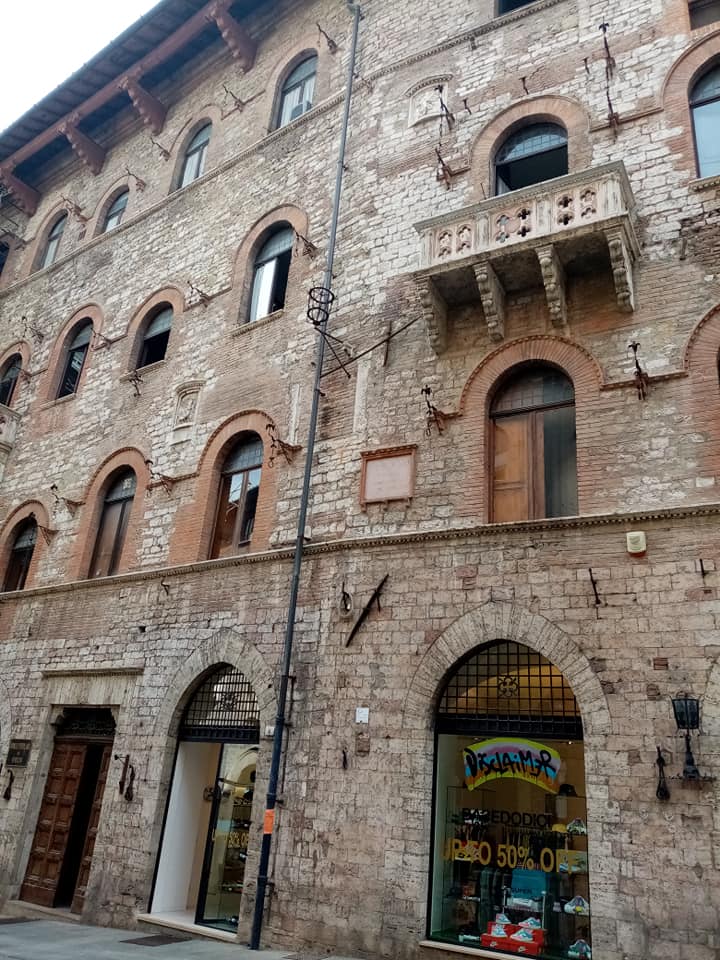