1. The old town in the city center is interesting, generally in a good condition and surprisingly large,
and the old buildings (for instance the palazzi) are beautiful

2. Wandering aimlessly in the characterful little side streets (caruggi)
3. Great coffee (especially espresso)
4. Not as many tourists as in other great Italian cities
5. A lot of palm trees, despite being in North Italy
6. The sea breezes, and the exciting bustle of the port
7. Learning about the city’s fascinating and complex past
8. Delicious fish and seafood in the restaurants
9. At first glance Genoa can seem ugly, but when you explore the city a little your opinion invariably
improves. Still, it’s true that the city has seen better days, so discovering its hidden charms requires
a little patience
10. Seeing the house where Christopher Columbus was born, and the oldest lighthouse in Europe,
the Lanterna
11. The village-like character of the Boccadasse neighborhood (it used to be a fishing village)

1. Horrendously difficult (borderline impossible!) to find a parking space in the city. Genoa
sometimes seems very disorganized
2. A lot of historic buildings deserve renovation
3. Some streets and even whole neighborhoods are dirty and dilapidated, with a depressed
atmosphere and bad smells. There are some streets which at night (or even on a Sunday afternoon)
don’t feel safe, and street lighting is often lacking (certain side streets leading off the Porto Antico
particularly stick in my mind)
4. Easy to get lost while driving in the narrow streets. Too many cars in too little space.
5. The wares sold in the Porto Antico aren’t very exciting, and at night some troublemakers in the
local bars can make it dangerous
6. The ugly, industrial outskirts and the many anonymous tower blocks
7. A lot of prostitutes by day and night in the side streets of the old town, and the activities of the
(mostly Roma) pickpockets
8. It’s very hard to find a restaurant open before 7:30 or 8:00 in the evening.
9. Motorists, moped users and cyclists all tear about like maniacs, seriously endangering the safety
of humble pedestrians
10. The beaches around Genoa aren’t so pleasant – they quickly fill up, and the water is dirty

“Genoa is a large city, but it surprised me how much quieter it felt, in comparison to other Italian cities of a similar size. By eight o’clock in the evening the historic old town is often practically deserted, and few shops or bars stay open so late. There are a lot of black-market sellers, dead-beats and destitutes. It’s not really a fun city, and there aren’t many parts you’d really want to take long walks in. On the other hand, the funicular railway is cool, and lets you visit some great viewpoints. Of course, there’s plenty to see. Via Garibaldi, with its many palaces, is a UNESCO world heritage site, and it’s interesting to stroll around the port area – the cargo freighters, cruise ships and yachts are spectacular! (2016)

“Genoa isn’t a typical tourist city, but it has an attractive mix of seaside vibes and some historical atmosphere, and it was this combination that captivated me. The ‘modern’ districts were the ones that felt most old-fashioned, and while there’s plenty of activity, the city was never uncomfortably crowded. If you’re looking to combine a beach holiday with a spot of sightseeing, Genoa might be just the place, though be prepared to travel to get to the beach: the coast directly next to the city is, unfortunately, inaccessible.” (2016) 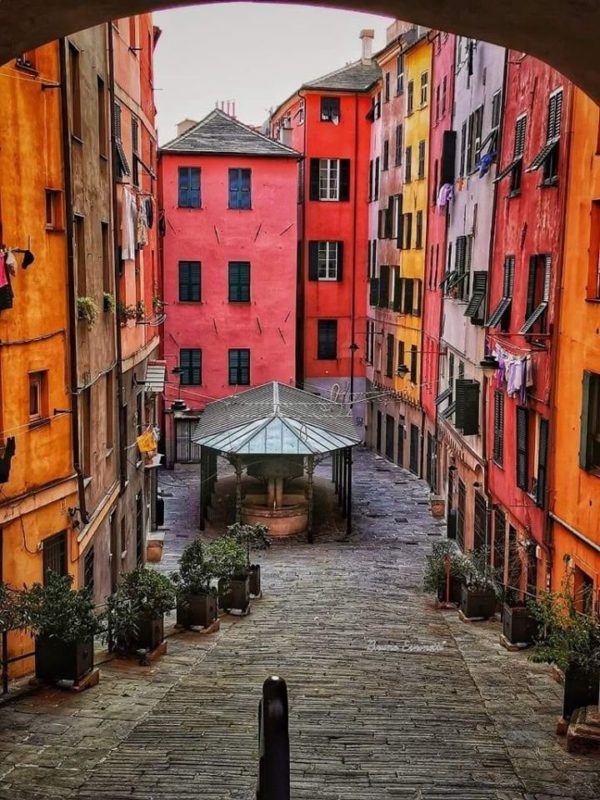 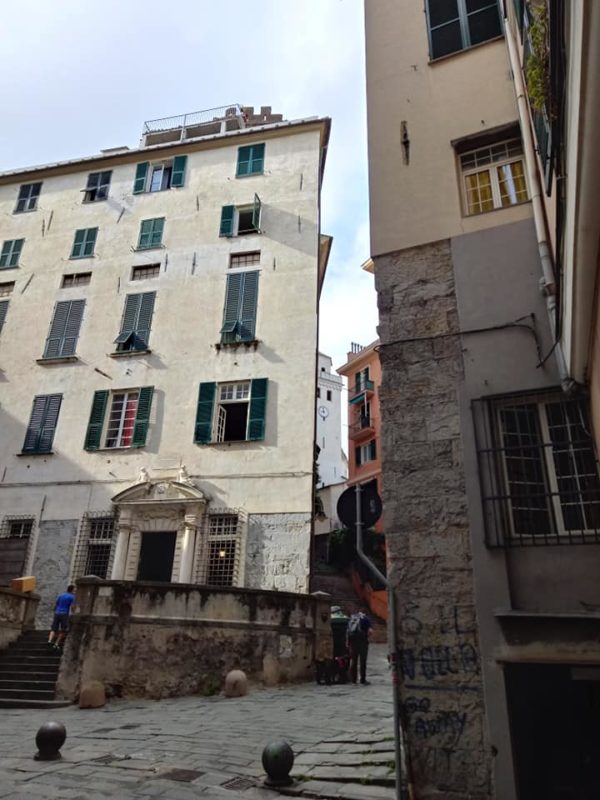 In Genoa use licensed taxis only. They are clean, safe, but expensive. You cannot hail a cab. You must call it by phone or by app or go to a taxi parking. 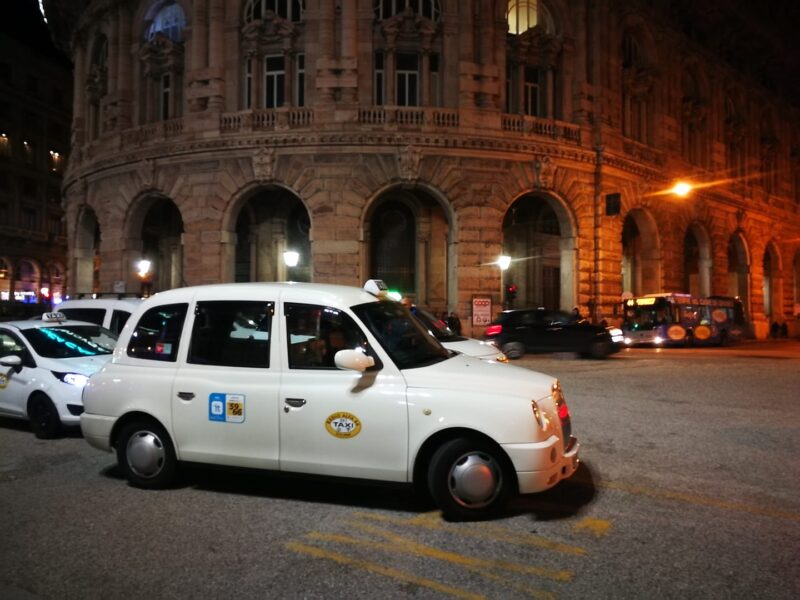 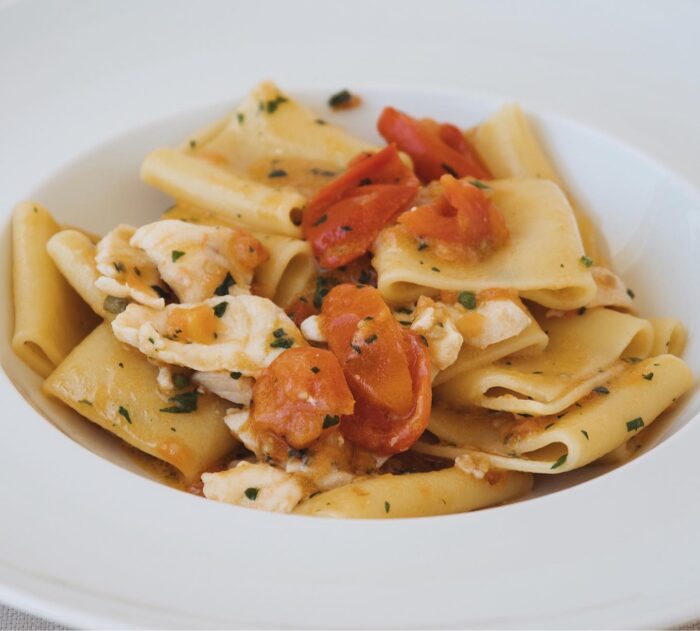 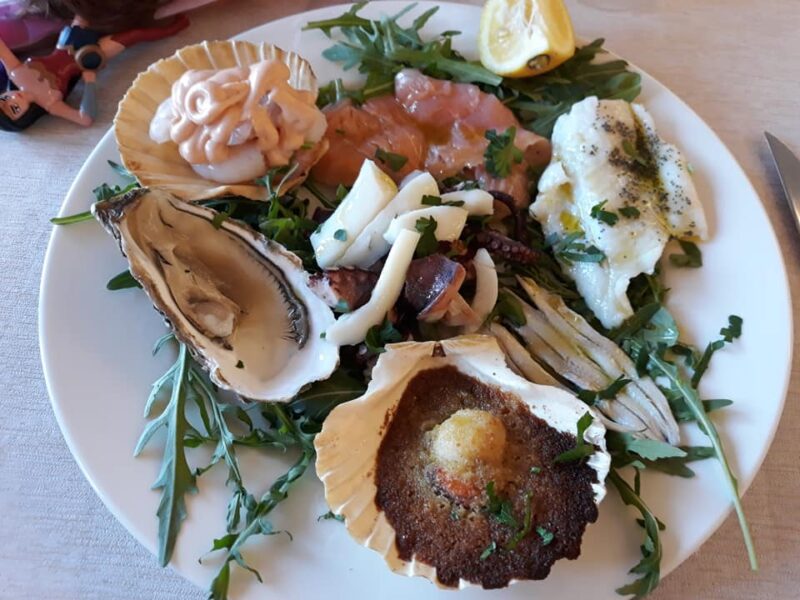 On Fridays and Saturdays, young people from all over Genoa come to the Old Town (Centro Storico) to enjoy themselves. Many of them get drunk, making it easy for innocent bystanders to get involved in fistfights. 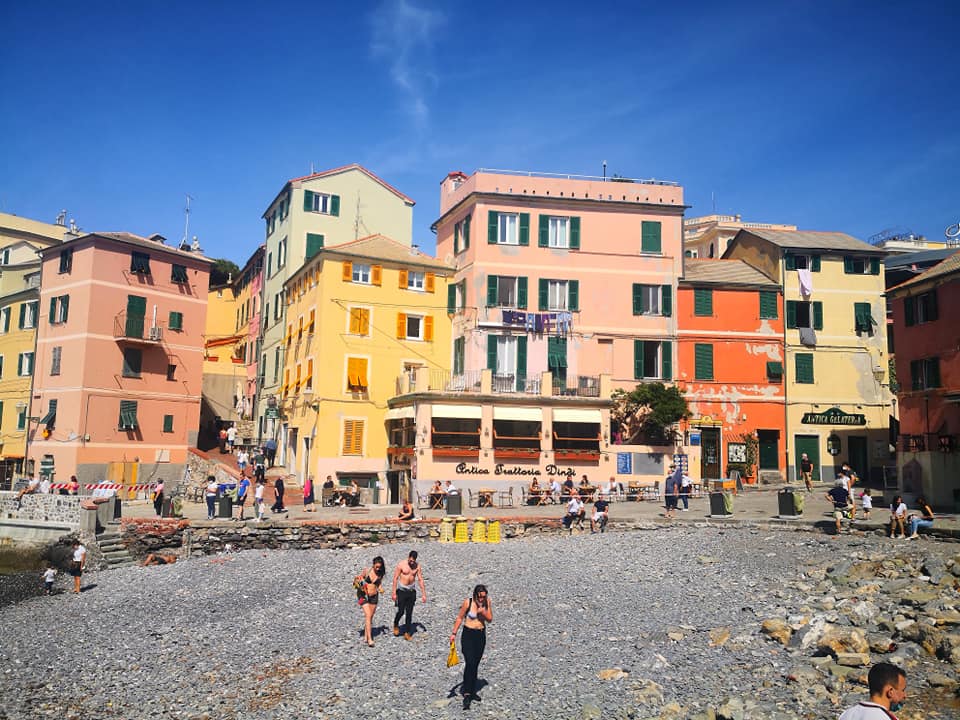 Genoa, an industrial port city, is in the northwestern part of Italy, in the center of the Italian Riviera. Genoa is about 156 km (97 mi) south of Milan.

Genoa is the city with the oldest population in Italy.

Genoa is the second largest port in Italy. This is a significant commercial harbor, so nearby seawater won’t be the cleanest to swim.

The Strade Nuove and the system of the Palazzi dei Rolli in Genoa’s historic centre are UNESCO World Heritage site. These are monuments  from the late 16th and early 17th centuries when the Republic of Genoa was at the height of its financial and seafaring power.

You can find excellent beaches with a 20 minutes car ride from Genoa. 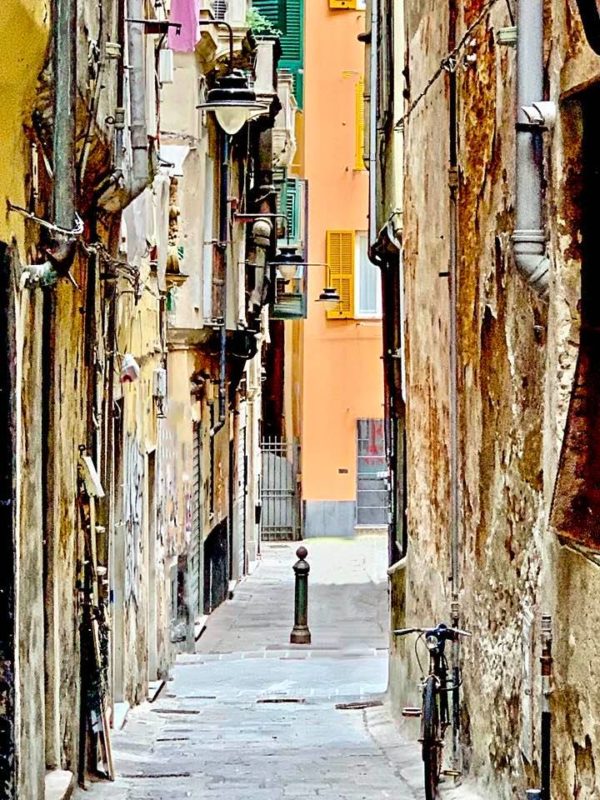 From the 13th until the 17th century, Genoa possessed many territories, including Corse, a few Greek islands, and even a part of Crimea. Genoa ruled most of the Mediterranean commercial routes.

Cristoforo Colombo was born here in Genoa in 1451. In the historical center, you can find the house of Columbus. 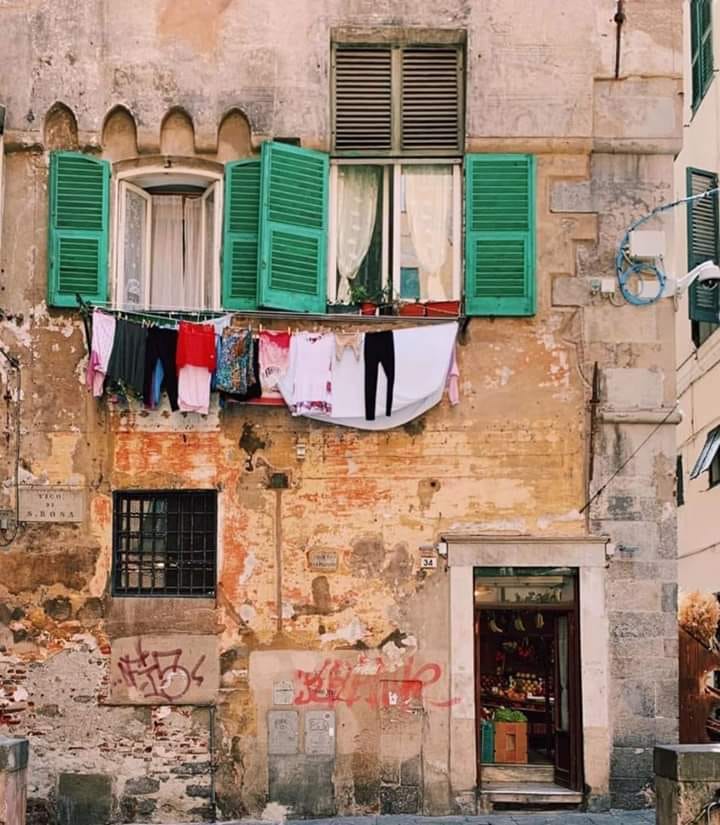 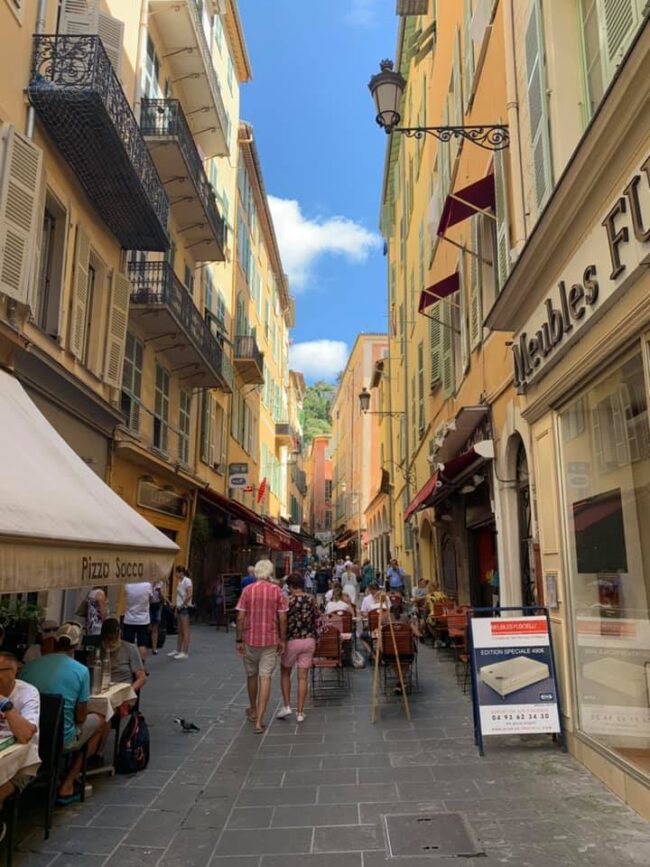 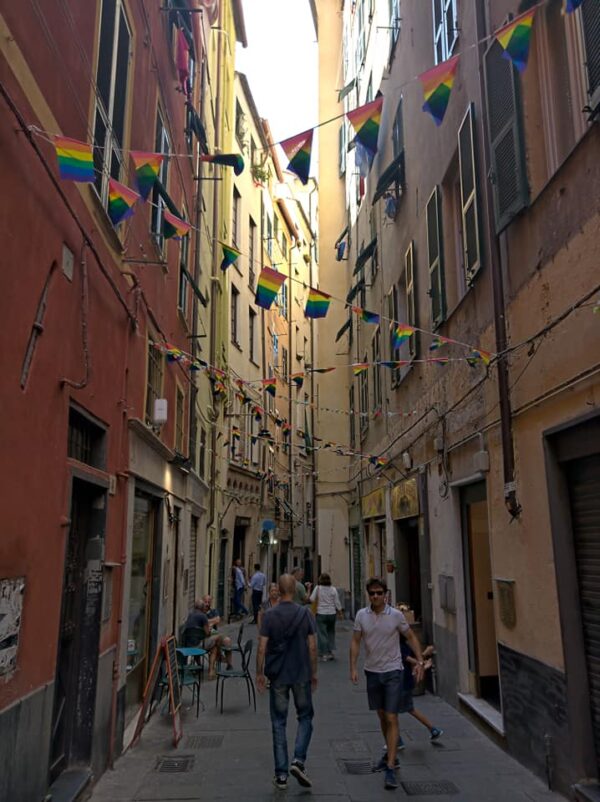 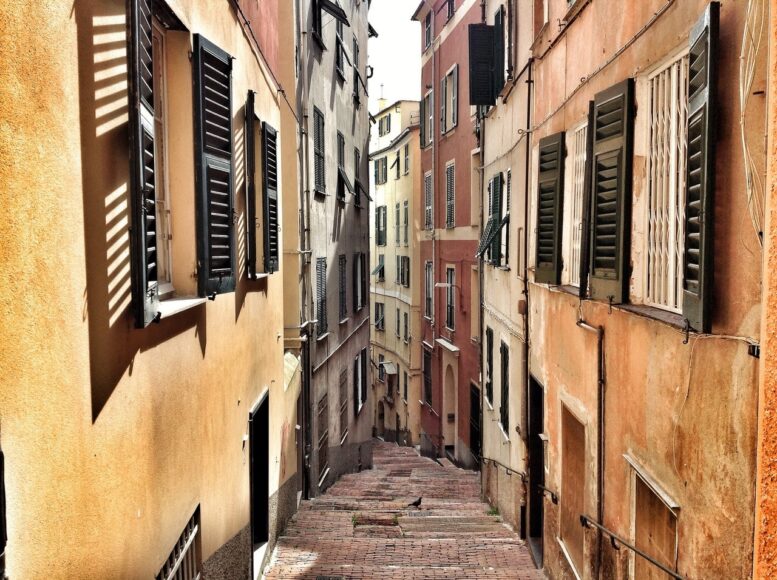