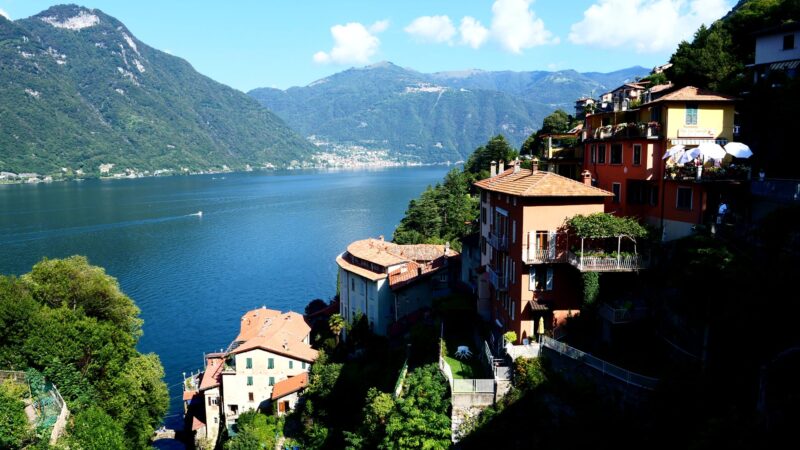 1. Approach the port of Bellagio by boat

3. The public beach of Gravedona

4. Varenna - perhaps the most beautiful place around the lake

6. Background setting of Lake Como: snow-capped peaks of the Alps

8. The road between Como and Bellagio has wonderful views of the lake

1. George Clooney missed to invite us to his lakeside villa.

2. It is not easy to drive a car on some sections around Lake Como due to hairpin bends, narrow road sections, construction works, and life-threatening motorcyclists

3. That it is not advisable to swim in the lake because of all kinds of harmful bacteria, otherwise the water is very deep and mostly cold

4. Traffic around the lake is a bit chaotic, plus the local drivers nervously express their anger and inpatient when tourists drive slowly to enjoy the view.

5. Most of the tourists like Belaggio, but for our taste, it is a somewhat kitschy, overdecorated attraction

6. If it rains a lot, there aren’t many indoor program options at the lake

7. We were not particularly impressed by the town of Como

8.I am not enthusiastic about the pebble beaches

9. At Sirmione, our parking effort was a total failure 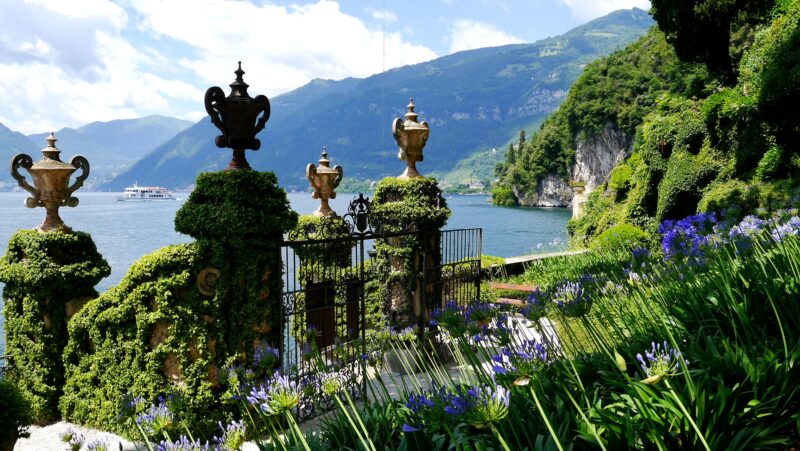 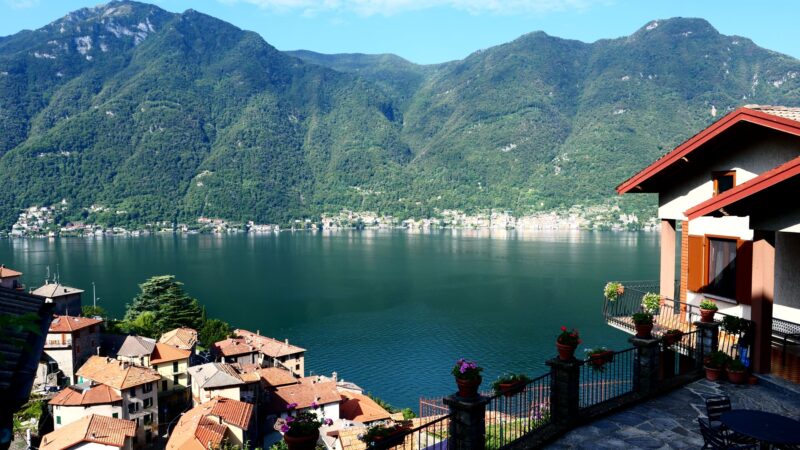 “It’s worth driving around the lake by car, but it’s by no means necessary to stop in every town. You can more or less see everything worth seeing in most of them from the car.

If you don’t stop at all (though who would be so foolish?) you could probably drive right around the lake in about 4-5 hours, so long as you don’t get stuck in traffic.

We stopped in the following towns and afterward felt that we’d got the balance more or less right: on the western shore, we made a brief stop in Domaso, then spent a bit more time in Gravedona. To the south, the most pleasant place was Menaggio, and I’d definitely recommend spending an hour or so there. Cadenabbia is mostly interesting because of the distinguished, elegant old hotels, and you might enjoy imagining the time a century or so ago when the foremost people of Europe holidayed here.

In our celebrity-obsessed world, of course, many are excited to know which villa is the one owned by George Clooney. We didn’t see the villa, but we did drive – turning off the main road onto a narrower track – to the four small settlements (Laglio, Soldano, Carate-Urio, and Pangino) where one of his estates are located. Of course, we were not outraged to find that Clooney was not in fact standing on a street corner in Laglio, waving to show us the way to his summer house and offering to have a coffee with us. At least we could check that he’d picked a good neighborhood to call home.

Our verdict? Good, and most importantly discreet. There is no fuss on the streets of Laglio or the nearby towns. No restaurants, bars or shops. Behind the tall, gloomy, rather crumbly walls, covered in thick vegetation, the owners of the private villas presumably have enough service that they don’t have to resort too often to public places, with their curious onlookers. So George deftly conceals himself from the watching paparazzi. (Incidentally, do you know where the word paparazzo comes from? In Fellini’s film La Dolce Vita, the star-hunting photographer was called Paparazzo.)

The visit to the lake came to a worthy end with a visit to the nearby hill of Brunate. Como is more interesting from up here than down in the streets.

In the lakeside towns, there are of course many restaurants and bars. In Italy, pizza and pasta dishes are followed by another course (the so-called secondo piatto) at dinner. We’d recommend that people stick to the true specialties of Italy, which are precisely pizza and pasta. These second dishes are nothing special.

When it comes to desserts, the choice is similarly uninspiring. You should simply do the best you can here as well: choose an ice-cream parlor where the colors of the ice-cream varieties look somewhat natural. Their gelato can be genuinely unbeatable when it’s done right.

Scheduled buses around the lake usually arrive per hour. 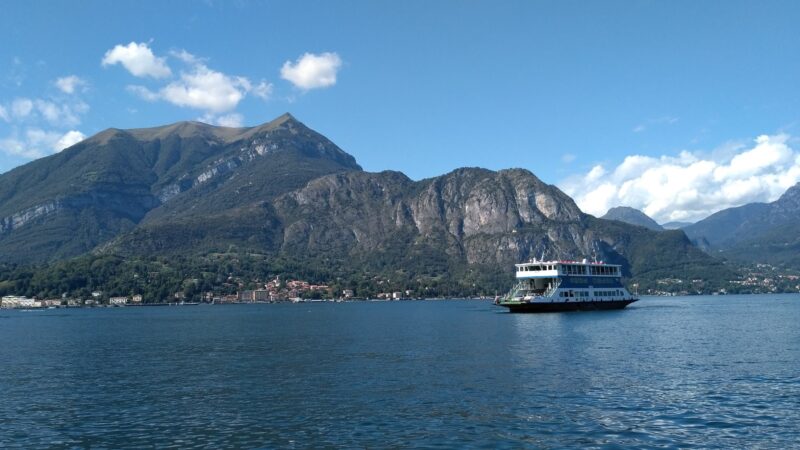 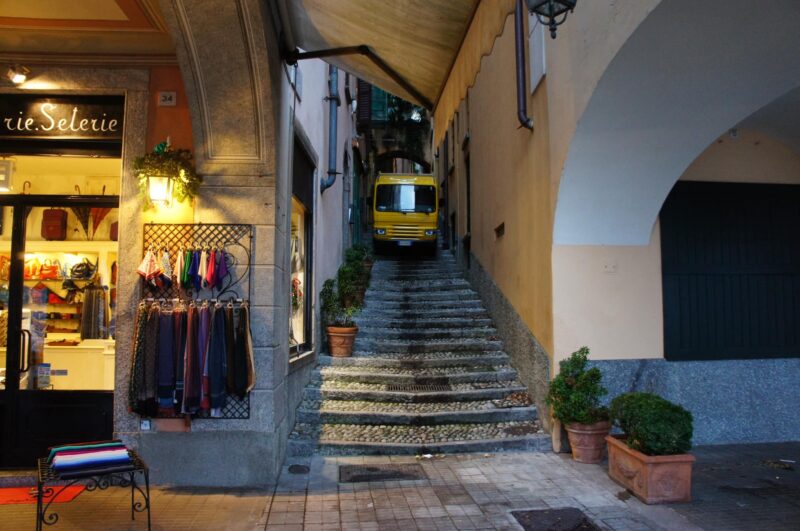 In the high season (July and August), it isn't easy to succeed with a last-minute accommodation reservation 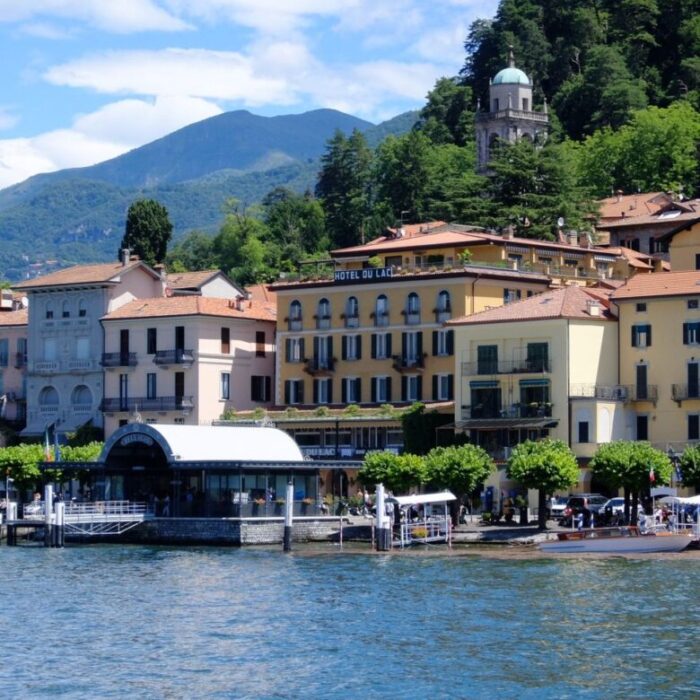 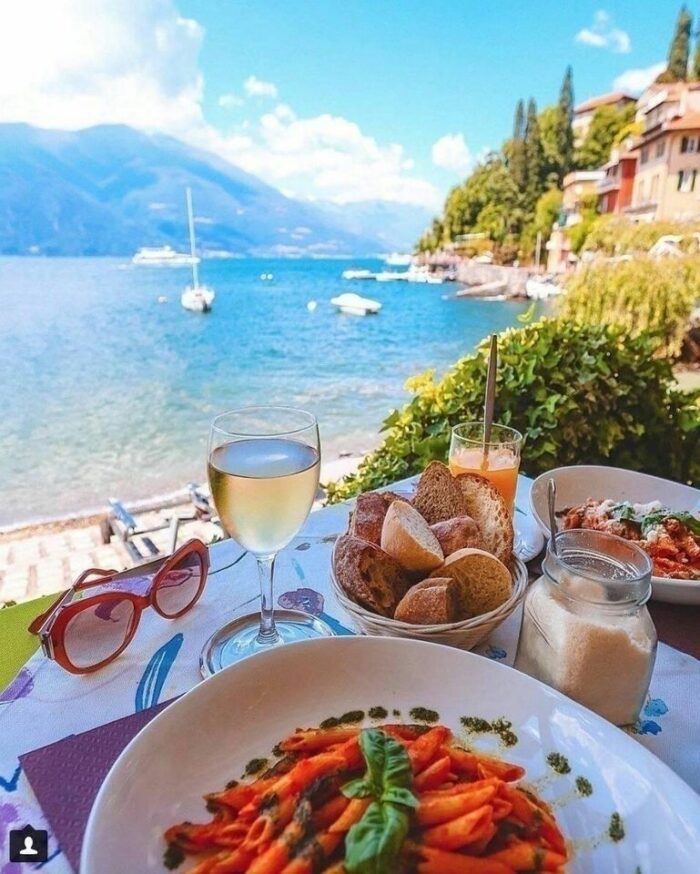 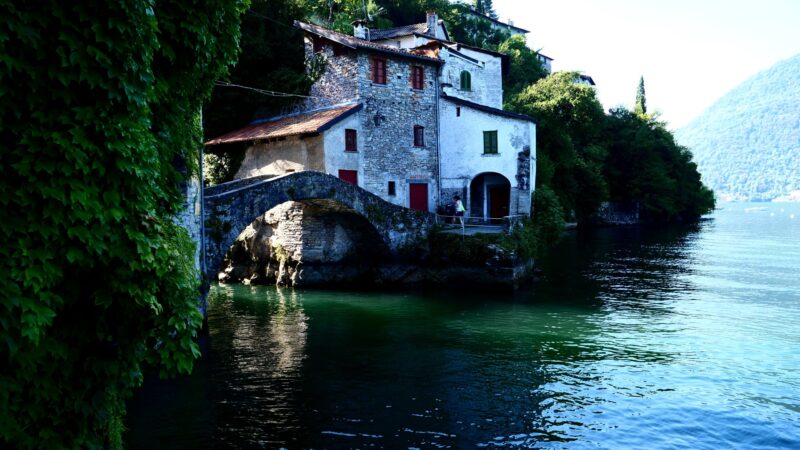 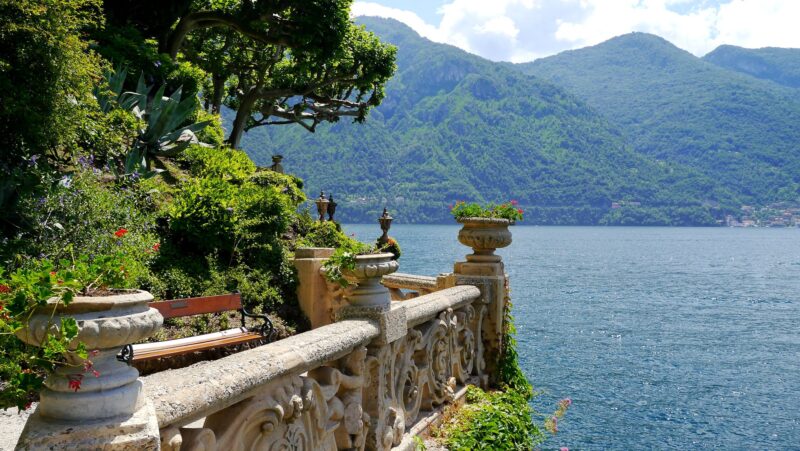 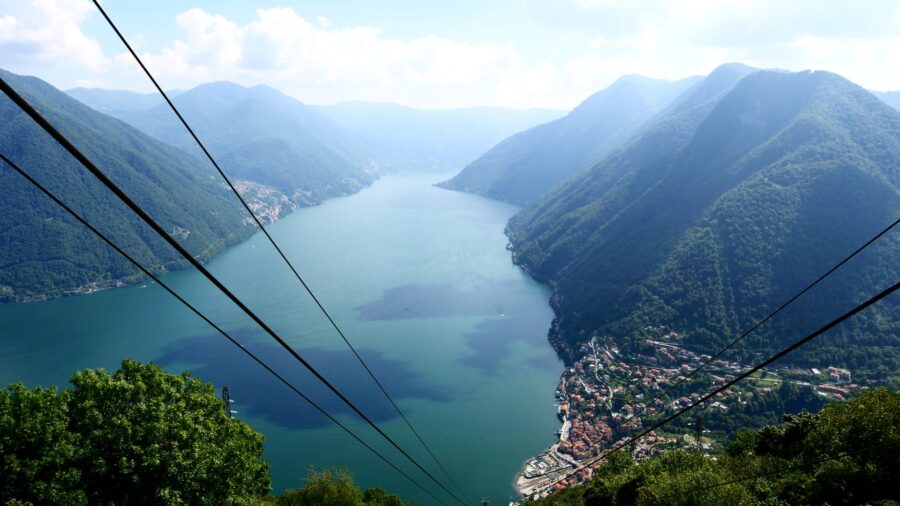 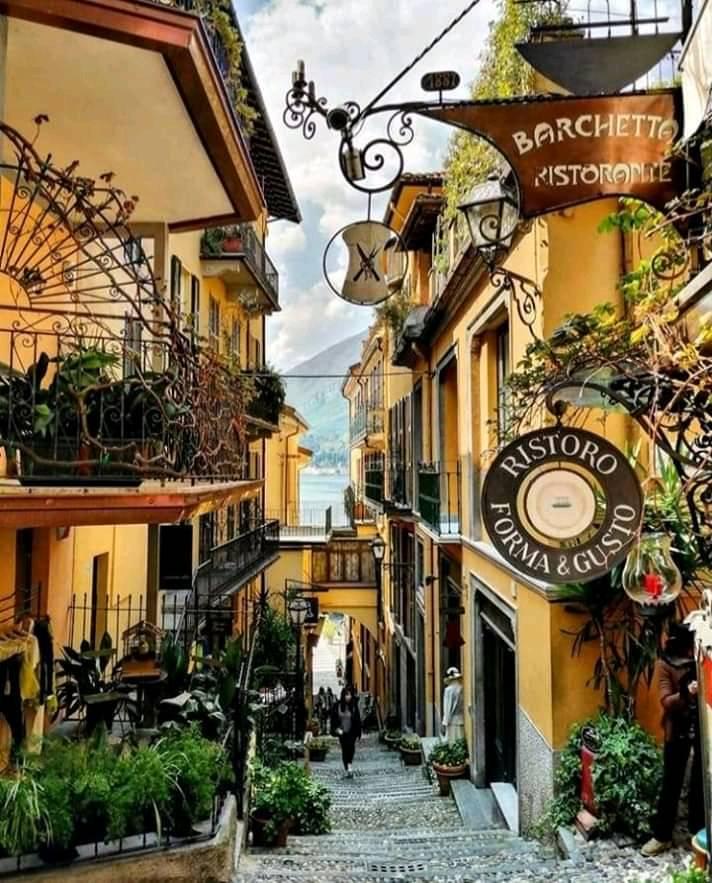 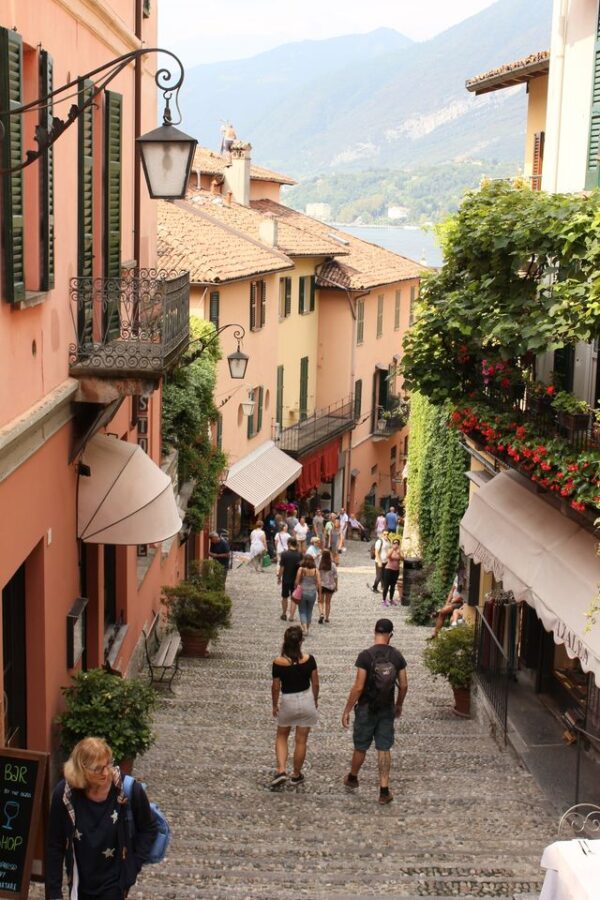 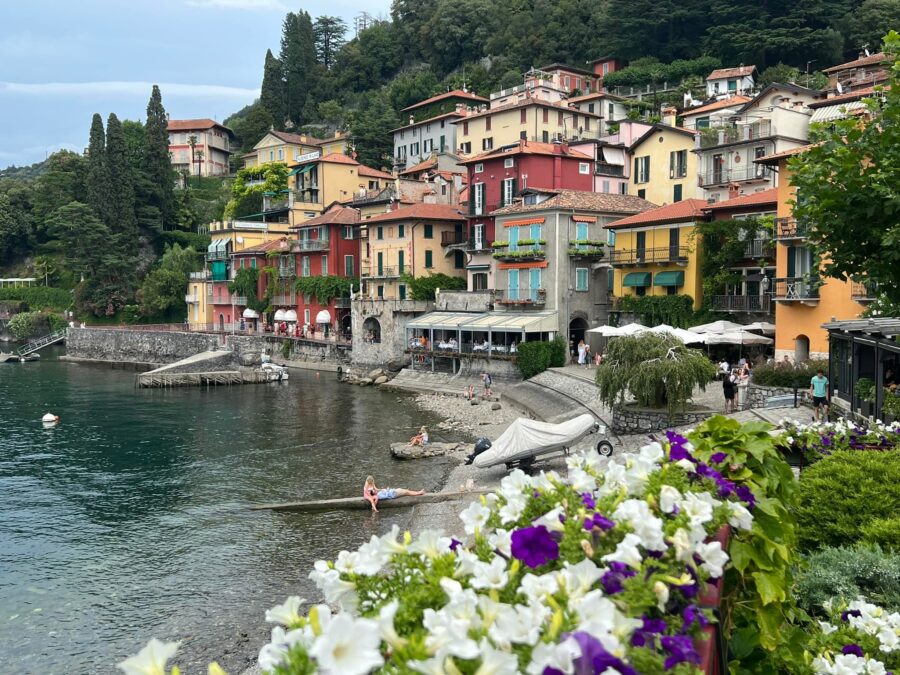