2. No long distances, easy to discover

4. The authentic Caribbean charm has been successfully preserved – no overdevelopment as on some other islands in the area

6. Locals are friendly in their cautious, shy way

7. The volcanic mountain in the middle of Saint Kitts looks like an Oceanian landscape (like Bora Bora) - with the clouds flowing around its peak, the view is truly magical

8. Each island has a rather different character

9. The small capital city, Basseterre, reclaims its peacefulness as soon as the cruise passengers have returned to their ships

1. After a few days, there is not much more to see and the beach remains the only worthwhile program

2. Everything is very expensive because of the transport costs

3. Get used to the very slow services

4. Some parts of the main road that runs around the island are in lousy condition

5. Some hotel chains have recently settled there, indicating that mass tourism may soon overcrowd the place

7. Some obvious problems with the garbage collection system

8. The only place where you can easily get a taxi is on the pier when a cruise ship arrives

10. Some locals on the streets trying to take advantage of tourists

“You can visit several museums, climb three volcanic peaks, surf, dive, sunbathe, swim, and have fun. I especially liked that the whole island is green, washed by the deep blue of the Atlantic Ocean on the east coast and the turquoise of the Caribbean on the west. We also hit the beach called Reggae for a few hours, where we enjoyed some horrendously overpriced cocktails. Unfortunately, the Caribbean is damn expensive, but even so, I was reluctant to get back onboard our cruise ship.” (2017)

“On St Kitts, we chose the ‘swimming with dolphins activity. This is something that features on quite a few people’s bucket lists. Even before the trip, I had ordered and paid for the activity on the company's website. I was also a little worried because the originally $180 program was offered for $100 by a live chat customer service representative. (The package included playing with the dolphins, as well as all the photos with the dolphins and one large printed photo) But in the end there everything was completely fine. There were two types of activities to choose from: one was to play with the dolphins and take different pictures together, the other was complemented by the fact that in the water these lovely animals even pull tourists along with them a little, almost swimming with them. Like any tourist program, this one put photography center-stage.
The taxi driver took me to the place from the port, which was very close, for $20. While waiting for the activity to start it was not possible to swim in the sea, but a nice swimming pool and some sunbathing areas could be used. Those who arrived as part of an organized trip from the cruise ship paid 150 euros, not including photos. In our tour, we had about 60 tourists in groups of 12-13 people, and each group got one instructor and one dolphin. They only spoke English, but we used a special kind of pointing communication with the dolphins. They did their job very kindly and professionally. Meanwhile, the pictures were taken by a local photographer. (My camera could not be used).
The group stood in a row in the water. It is best to be around the middle of the row.
Right at the end of the activity, even if you’re still wet and in your bathing clothes, it’s worth hurrying to the main building to select your photos – it’s quite a time-consuming process, and a big tumult developed after us. Those who paid on the ship even had to pay an extra $50 for the photos. With pre-booking, we end up paying less than half the price.
I highly recommend the activity to everyone.
Afterward, we asked our taxi driver to take us to a nice beach. That also worked out well. Timothy Beach. There was a soft mattress on the sunbed and we received an invoice for the rental!!!” (2018)

The two islands each have an international airport. However, Robert Llewellyn Bradshaw International Airport (RLB) on St Kitts receives most of the long-haul flights.

Both islands are relatively small, and it's easy to get around. Each island has a public bus network that connects most tourist attractions. Larger hotels will often offer a shuttle service, and there are taxis everywhere.

There is a ferry service to travel between the islands of Nevis and St Kitts, one way taking 45 minutes. It is also possible to fly from one island to another.

St.Kitts and Nevis is a right-hand driving country, like Britain.

No traffic jams. Unlike many other Caribbean countries, motorists drive here in a courteous, polite manner.

The road network is relatively well developed. Most of the roads are two-lane, narrow, and in some cases very winding.

For a tour of the island by a rental car, the 60-kilometer Circle Island Road is ideal. From Basseterre, the road runs along the Caribbean coast around  ​​Mount Liamuiga and then leads down the coastline facing the Atlantic back to the starting point at the port. Numerous sights await along the way, such as Old Road Town (the first English settlement), Romney Manor, or the mighty Brimstone Hill Fortress.

Only use motorcycles and scooters with appropriate protective clothing despite tropical temperatures.

Cruise ships stop at the capital city, Basseterre, which is on the south coast of the 30 x 10 kilometer big St. Kitts.

There is a large taxi rank at the cruise port. When coming from your cruise ship and passing the gate, follow the main street of the Open Air Terminal and turn right at the second cross street to find this taxi rank.  The way is signposted and easy to find.

Dispatchers organize the distribution of vacationers to taxis. You can also have a tour put together here. For example, there is a taxi trip to Brimstone Hill Fortress with a one hour stop and then on to Cockleshell Beach with a 3 hour stop.

You should pay the taxi fare after the return. Otherwise, there is a high risk that the taxi driver will be gone.

Most taxis are minibusses or safari buses. The prices are set by the government and are agreed upon with the dispatchers on-site. Since the island is small, the fares are not high. It gets even cheaper if you share a vehicle. You may have to wait a moment for the dispatchers to fill the car. 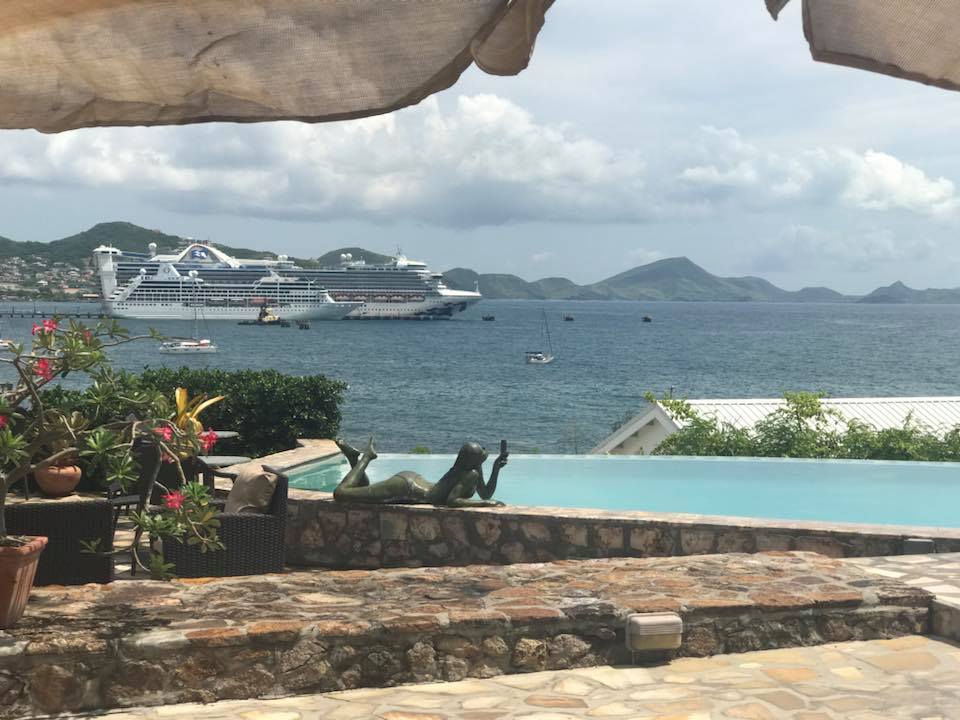 The tourist season in St Kitts and Nevis runs between December and April.

Several resorts do not operate during the hurricane season, July-October.

Most of the accommodation is pensions. Even the hotels have some homely feeling of a guesthouse. 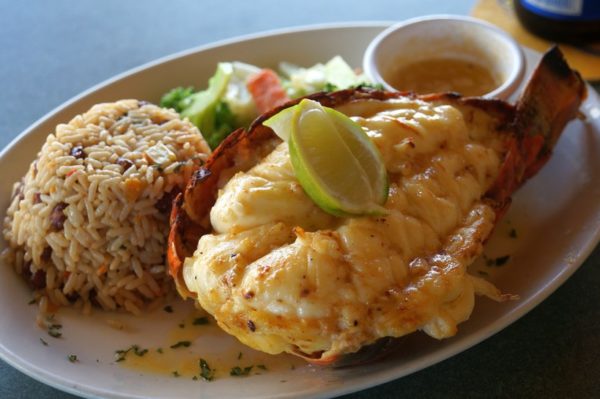 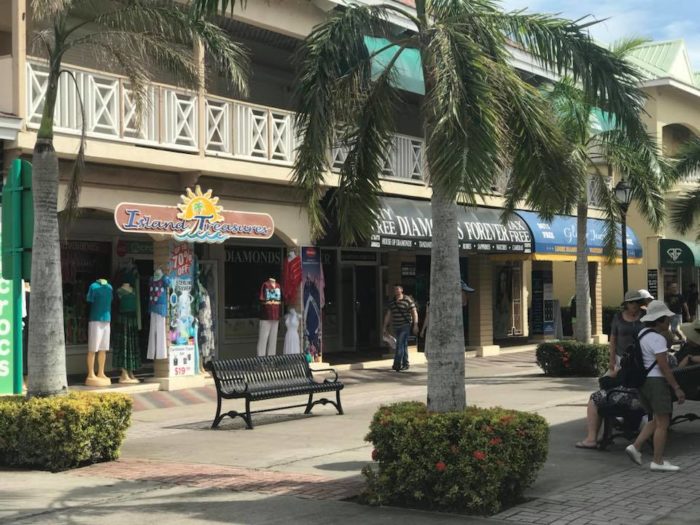 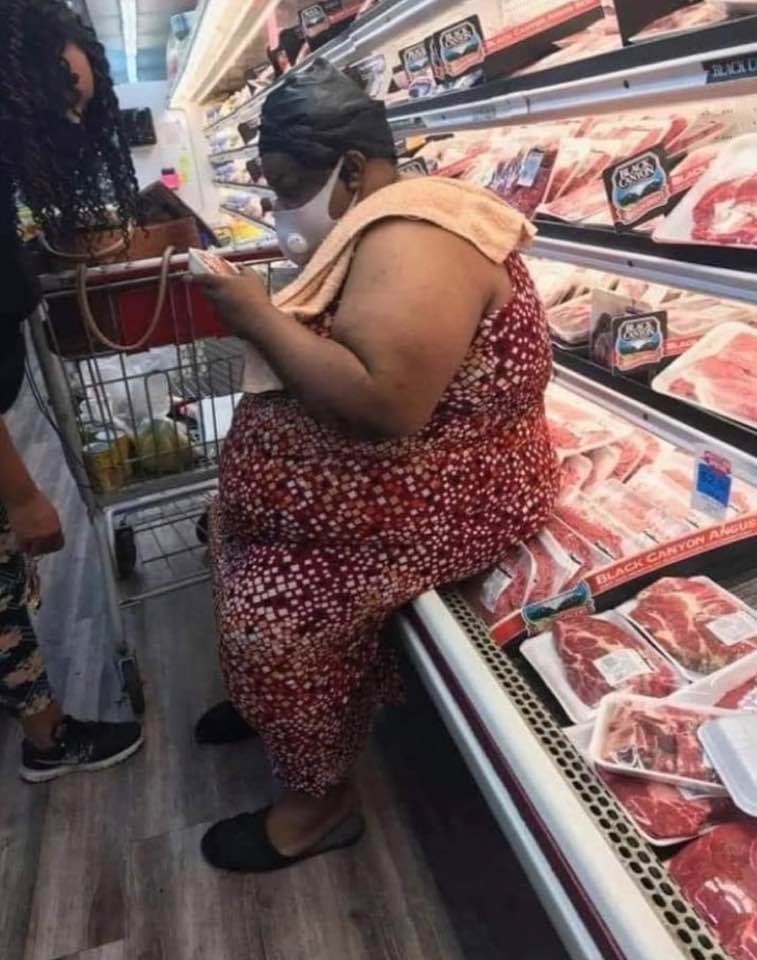 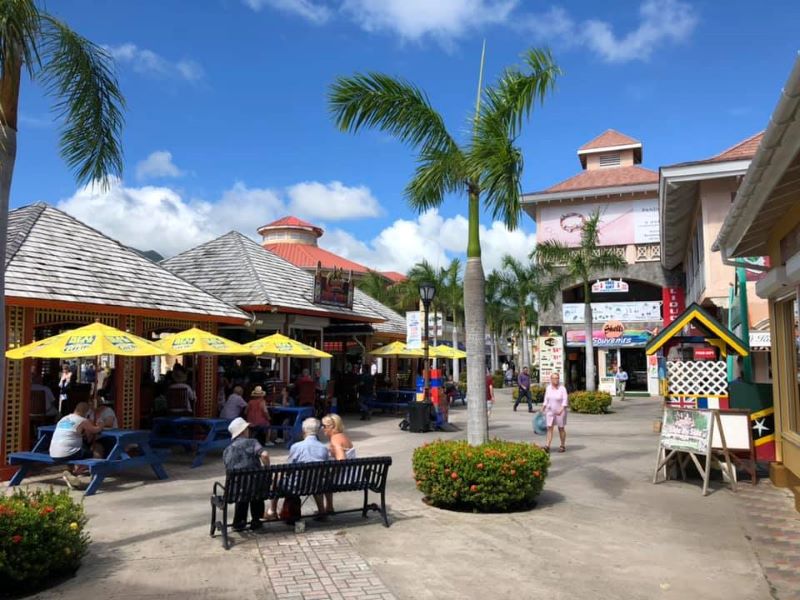 Each year, in December, a Carnival takes place.

Public safety is reassuring on both islands.

There is some crime on the islands, but it doesn’t affect tourists. There are clashes between smaller gangs, and drug addicts commit minor crimes to get their dose.

Drug use and trafficking, even in the smallest quantities, are strictly prosecuted by the police authorities; under no circumstances should one assume that foreigners will be spared persecution. High fines and imprisonment are imposed for violating drug laws; a bail release is usually not possible. 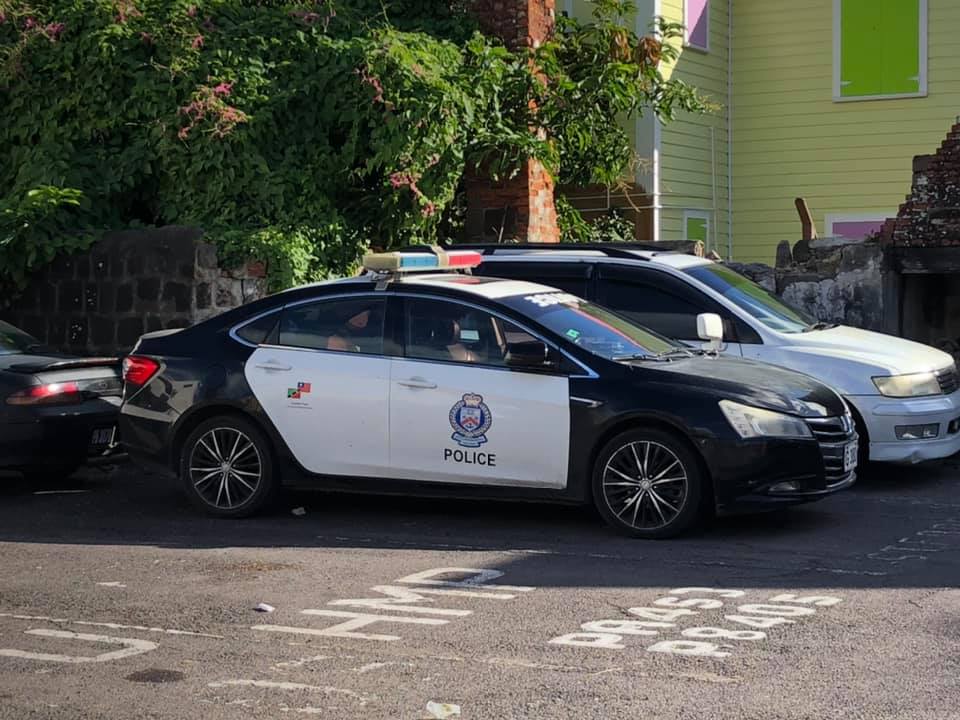 Health care in St Kitts and Nevis is adequate, and in routine cases, meets the international standard. There are three government hospitals in St Kitts and one in Nevis. One of them specializes in trauma cases. If local hospitals can not handle a case, patients are transported to Puerto Rico. There are no private hospitals in the country, but some health centers offer private practice.

1. Internet and phone service is excellent.

2. Although homosexual acts are punishable by law, there are no known cases of criminal prosecution.

Religions: 94,5% Christians (most of them Protestants, Pentecostals, and Anglicans)

Form of government:The country is an independent state in association with the United Kingdom. Queen Elizabeth II is the head of state. She is represented by a Governor- General who takes advice from the local Prime Minister and his cabinet. 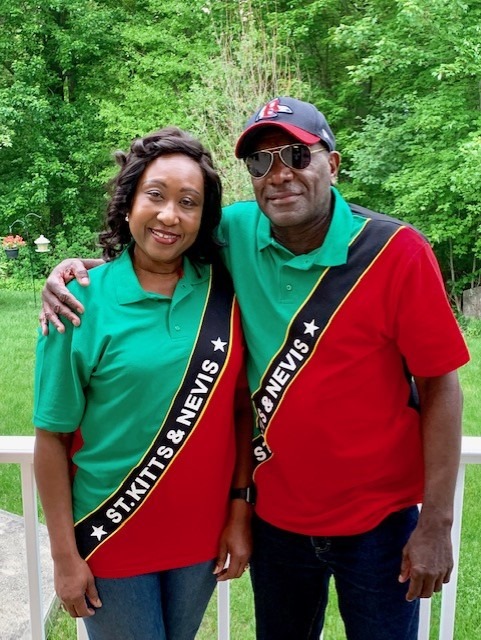 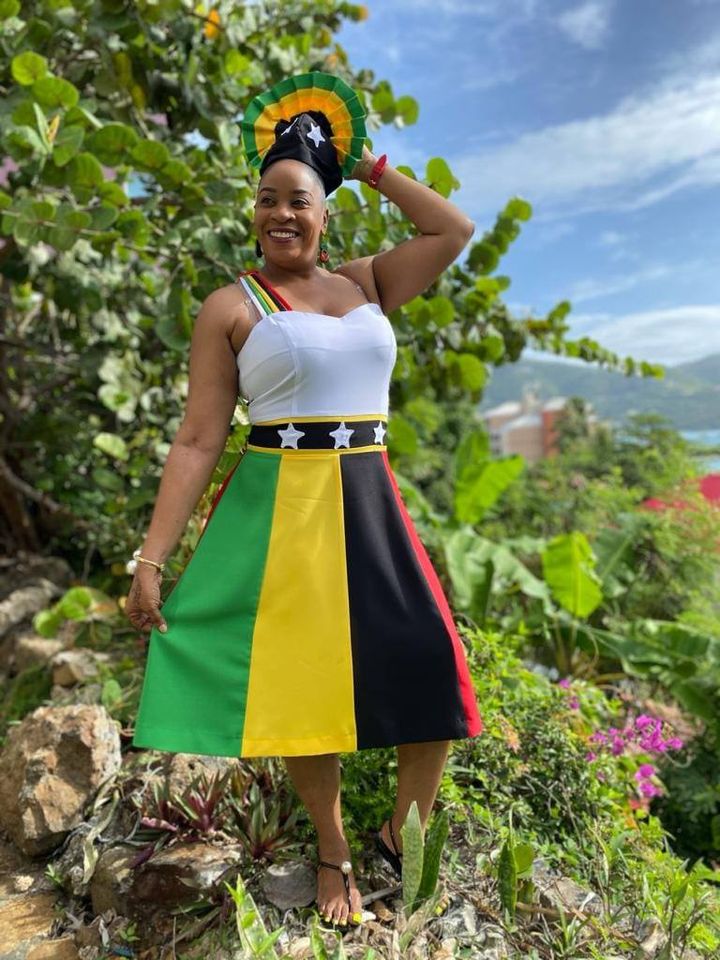 The name of St-Kitts is an abbreviated version of Saint-Christophe. Initially, the maps showed the island naming it Saint-Christophe, then over time, it was nicknamed St Kitts, which got in dominant use. Today both names are accepted so that you may be referred to the country using the name Saint Kitts and Nevis, or - if you like - Saint-Christophe and Nevis. 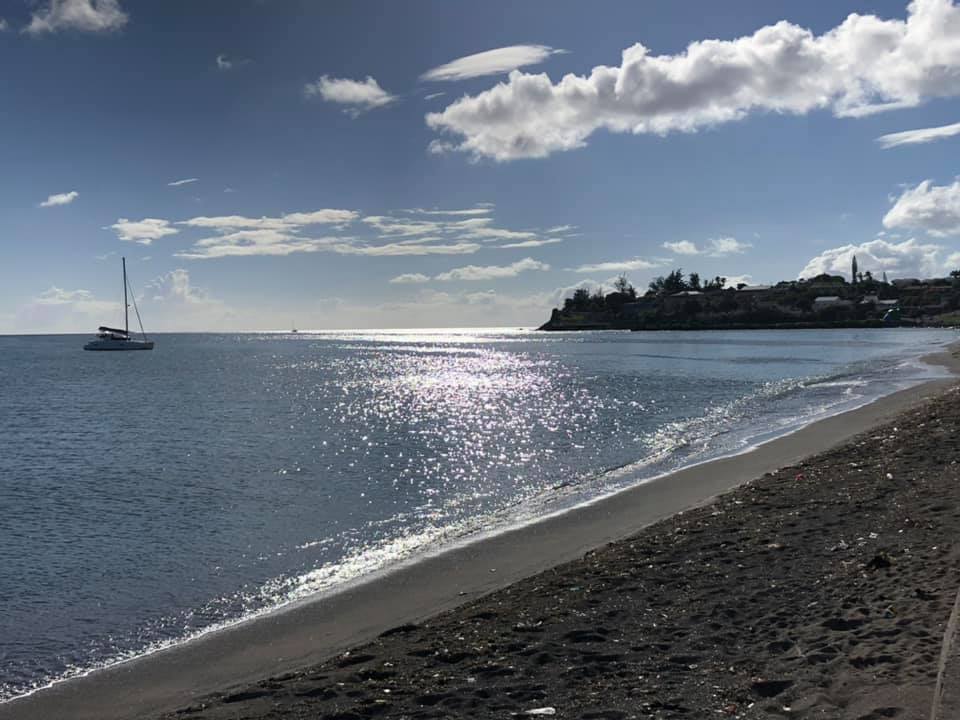 St. Kitts - The sand of this beach here is black, because it is a volcanic island. The Caribbean islands were generally formed from volcanic eruptions (same as the Hawaiian islands). . p.j. photo

During the tourist season between December and April, the climate is dry, and temperatures vary around 27C (81F).

The hurricane season is between July and October. The temperatures are then hotter and more humid.  Between the hurricane season and the tourist season (December-April), there are a few months when the weather is good, and the islands are less crowded.

The rainy season runs from May to October.
The worst temperatures and risk of storms are usually between August and November. Apart from a possible hurricane, the rainy season generally has little or no impact on vacations as the days are sunny, and the rains are sporadic.

Water temperature is around 26 C (80F) all year round.

Columbus (modestly) baptized the island Saint Christopher during his second voyage in 1493.

St. Kitts was the first island in the eastern Caribbean to be settled and heavily fortified by the Europeans in 1623. The British and French helped each other gain a foothold in a region dominated by enemies, the Native Indians, and Spanish.

In 1626, the English and French colonizers massacred two thousand native Kalingo Indians. The native people felt that the territorial expansion threatens their very existence by the French settlers.  A chief, called Tegremante helpt by Caribs from some nearby islands, prepared an attack on the European settlements. The French united with the British preemptively attacked the native people.

From here, other islands were then taken over. With the help of contract workers and slaves, the English and French created a rich plantation island.

Partners became competitors and, during the Napoleonic Wars, bitter opponents. If you want to convince yourself of the severity of the conflict, you only need to visit Brimstone Hill, one of the mightiest fortresses in the Caribbean.

St. Kitts - The bell tower at Romney Manor - The sugar plantation was worked by African slaves, and the bells would sound the major milestones of each day - start work, breaks, finishing work, etc. p.j. photo

,, Two hundred years ago, most of the Caribbean islands looked like St. Kitts still does today. Extensive light green sugar cane plant fields swaying gently in the wind with elegant mansions nearby. Many of these houses are well-preserved, keeping a typically English atmosphere." 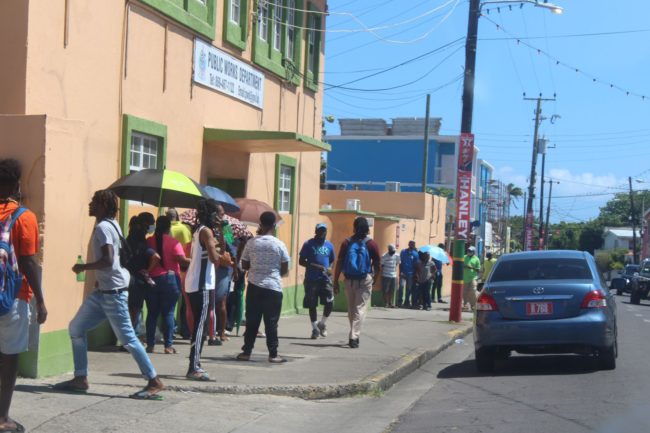 The locals are friendly and mix well with tourists in restaurants, bars, and activities.

A polite manner is a must in their society. Children are intensely educated to behave appropriately. It is unaccepted to be disrespectful, rude to another person, especially to elders. 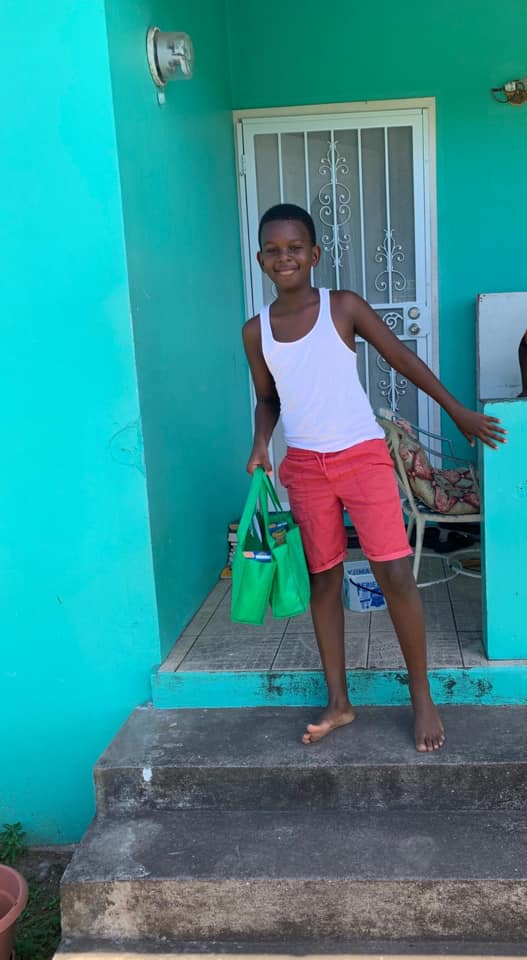 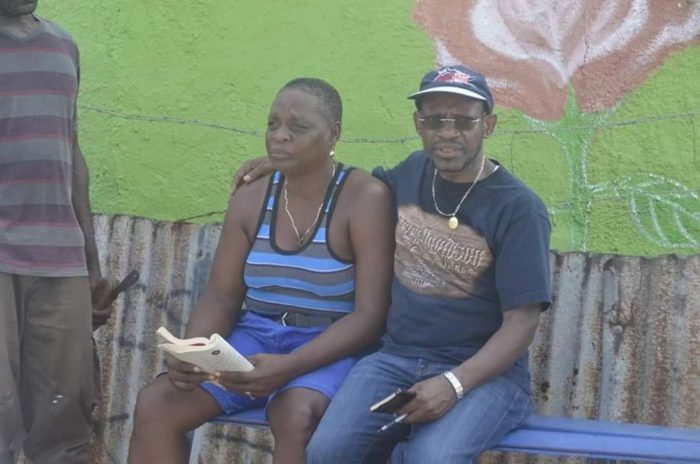 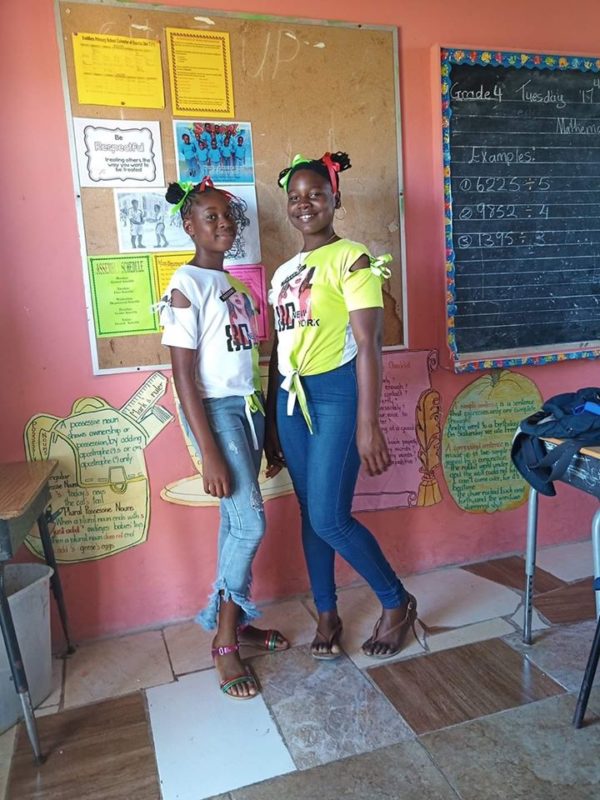 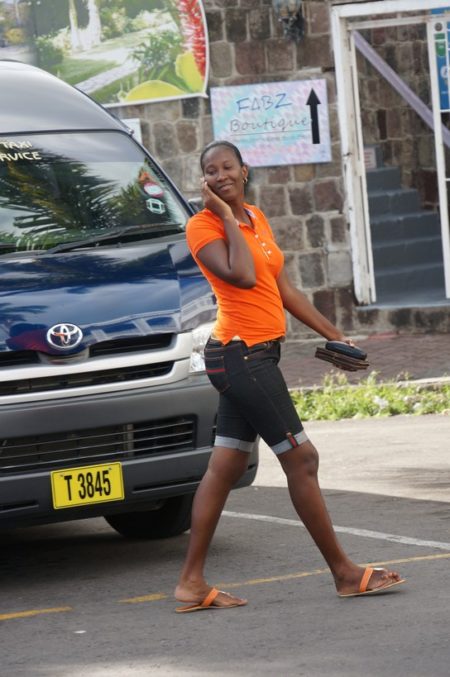 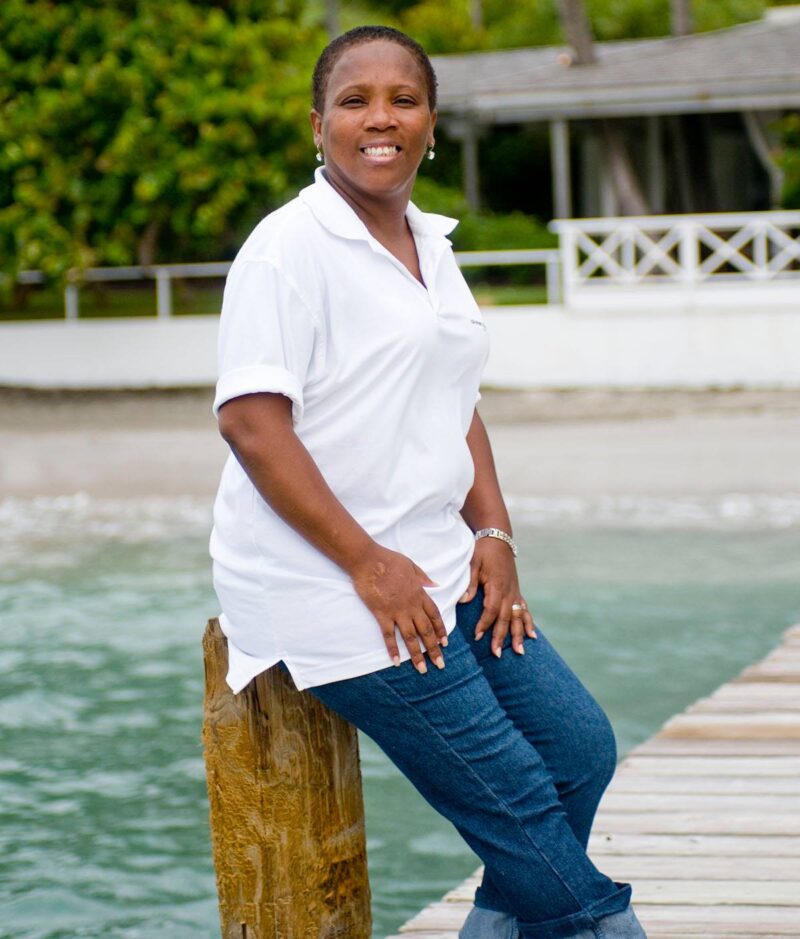 1. Under no circumstances should you try to rush a local service provider. Inhabitants have an unhurried lifestyle, and shopkeepers and waiters are no exception.

The majority of dive sites on St. Kitts and Nevis are around 12 meters (40 feet) deep and feature visibility that snorkelers will appreciate.

Basseterre is a small capital that is easy to explore on foot. The most beautiful way out of the cordoned port area leads through an archway via the National Museum, left of the post office. Just a few meters further, you reach the Circus and the Berkeley Memorial. If you turn left into Bank Street, within about 100 meters, you will get Independence Square with Cathedral. 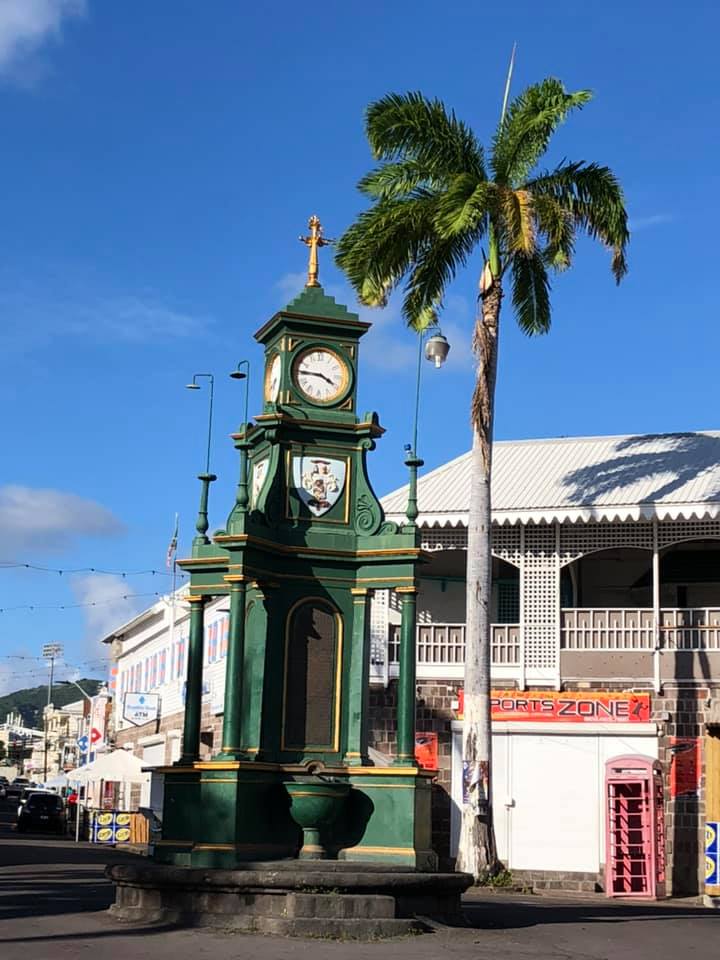 Saint Kitts - Basseterre - The Circus (a central circular) with the clock - p.j. photo 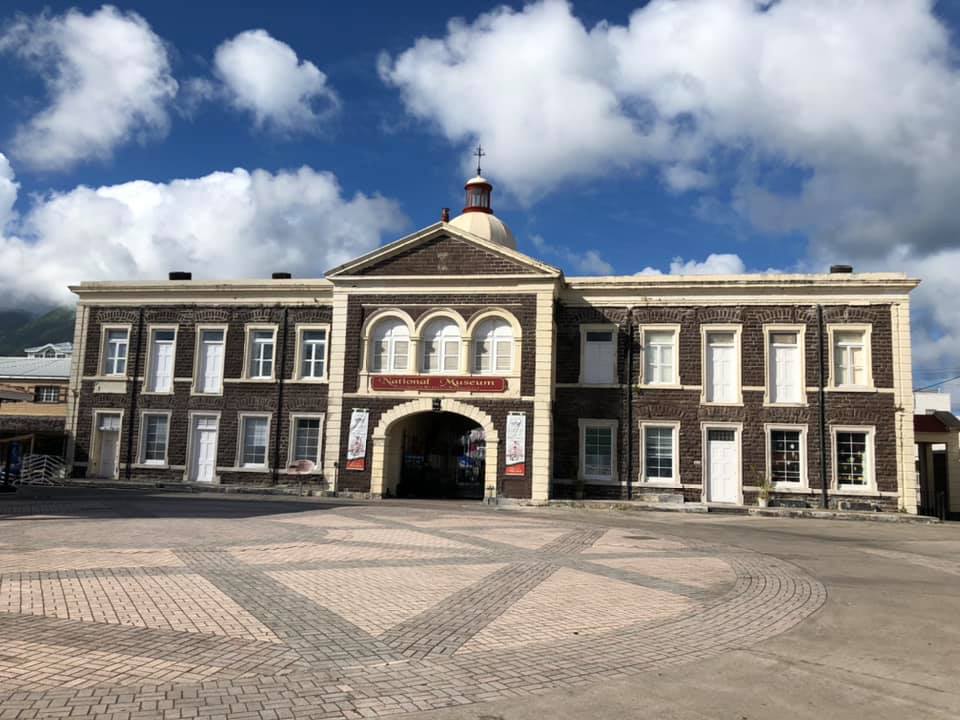 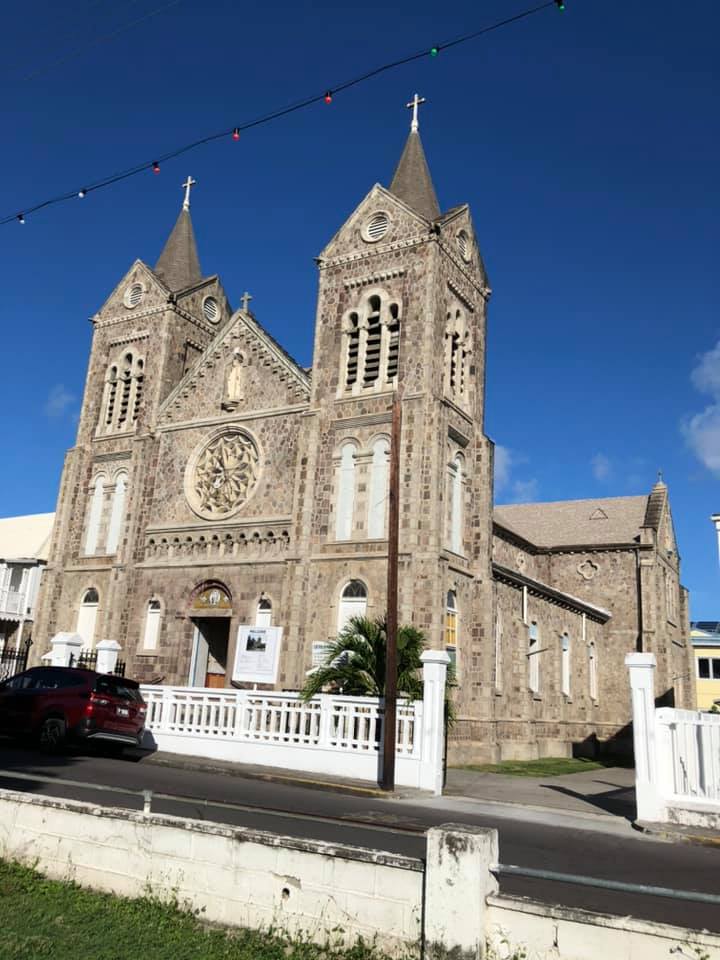 St. Kitts - Basseterre - The Catholic Co-Cathedral of the Immaculate Conception - Only 6% of the population is Catholic - p.j. photo

The largest fortress ever built in the Western Caribbean, a UNESCO World Heritage Site. 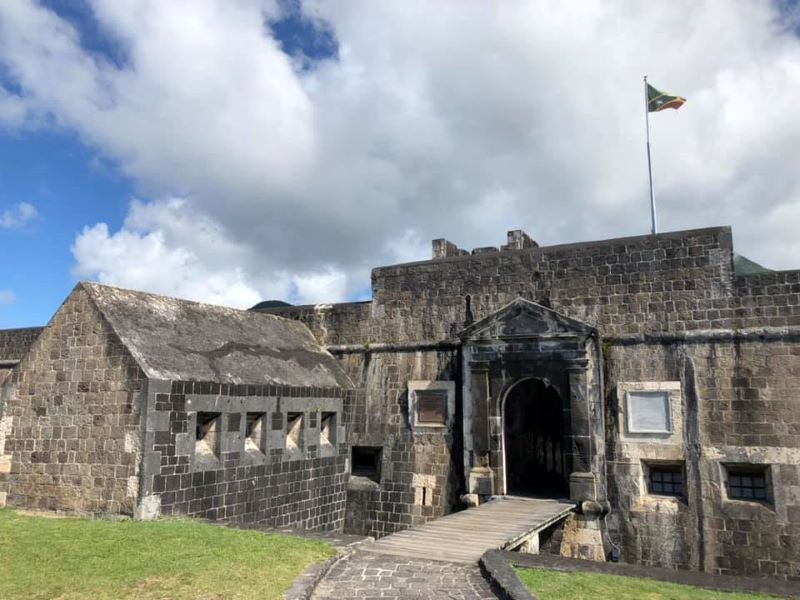 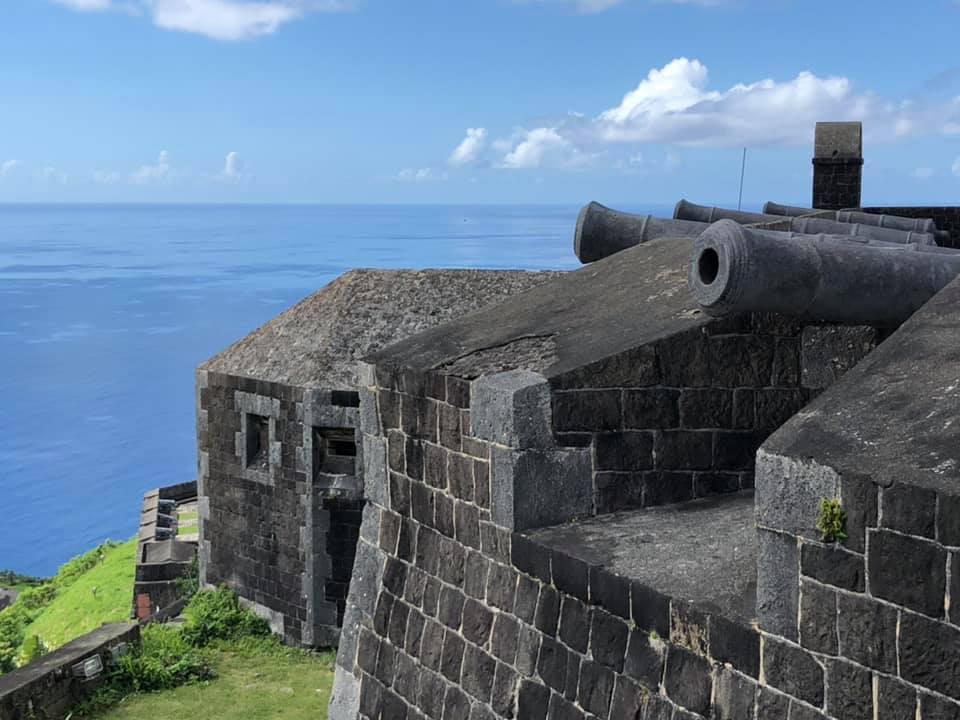