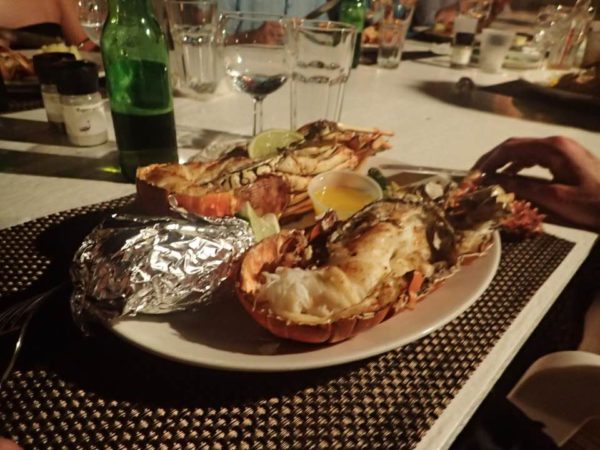 3. Excellent safety, the locals do not harass the visitors

5. Apart from the crowd that sometimes pours out of the cruise boats, not too many tourists, calm destination

6.  The bays and beaches of Virgin Gorda, like the Baths

7. Having grilled lobster as a snack on the beach

9. The Brewers Bay and the Little Apple Bay

10.  The panoramic view from the top of a hill in Tortola

1. Most of the hotels are bad value for money, imported goods, especially alcohol, are very expensive - everything is more expensive than on the US Virgin Islands

2. The nerve-racking sand fleas and mosquitoes, especially in the morning and in the evening on the beach

3. It is difficult to discover the islands without renting a private boat

5. The very slow service in restaurants

6.  Poor, rough areas in the interior of Tortola Island

7. Locals are not particularly friendly to visitors

8.  The winding hill roads are dangerous

9.  The food options are almost the same in every restaurant (roast chicken, fish, shrimps, and clams)

The name of this British Overseas territory might sound like the title of a seventies soft sex comedy romp but there is much more to them than an odd name and for that matter an odd status. In fact, I’m still a bit confused. It is definitely one of those places that you either own two homes or need two jobs. As I fall very much into the second category I did feel a bit of a second-class citizen. The snooty looks of some of the people as they roll by in their massive SUVs did occasionally make me feel like lobbing a brick at them.

The first European sighting of the Virgin Islands was by the Spanish expedition of Christopher Columbus in 1493 on his second voyage to the Americas, who gave the islands their modern name probably based more on hope than experience. Perhaps at some point, they will be renamed the dodgy tax haven islands, based more on experience than hope.

Anegada has salt ponds. I was told the queen of England has the right to collect the salt but as she is in her nineties I think she must have help. Didn’t see her or her minions while I was there though. It's worth a visit even without the queen there are blooming cacti, wild orchids, and century plants, (Agave) as well as some beautiful stretches of white-sand beach - Loblolly Bay and Cow Wreck Bay Beach are both worth a visit. Not sure why, perhaps the cow was steering the boat? Perhaps the boat collided with a cow out for a swim? We may never know. You can stay at the funky thatched bungalows at Anegada Beach Club they make a great base, but start saving now because it's not cheap. They don’t like you fly camping either. Garden bay has placed more ease on the wallet. In many respects the islands are variations on a theme and if you just want a taste Road Town (the capital) is as good a choice as any unless you’re rich.

The rum-based cocktail was invented in the British Virgin Islands (BVI) at the Soggy Dollar Bar, There is supposed to be at least one rum distillery on the BVI but I didn’t find it. The nearest I got was Pusser’s Rum, which is distilled in Trinidad and Guyana but used to be distilled here. Apparently, the local place was destroyed by a hurricane not sure if it’s going to get back up and running. People told me all sorts of stuff about it but I can’t remember, no idea why. Talking of rum, I went to a full moon party, as you can imagine at full moon. It was laid on for the tourists somewhat but there were some excellent guys dancing on stilts and of course rum. Dos Make sure you can afford it or go somewhere cheaper. Try the rum but remember it's stronger than you think it’s going to be. The nature stuff is the best part Don’ts Don’t throw rocks at the rich people Make sure you know how much you will be expected to pay. Don’t steal the queen's salt. Enjoy! 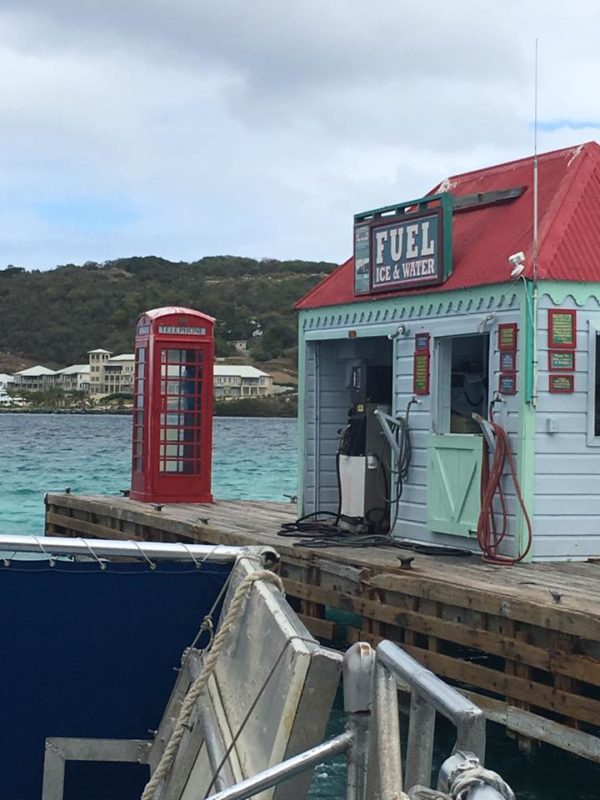 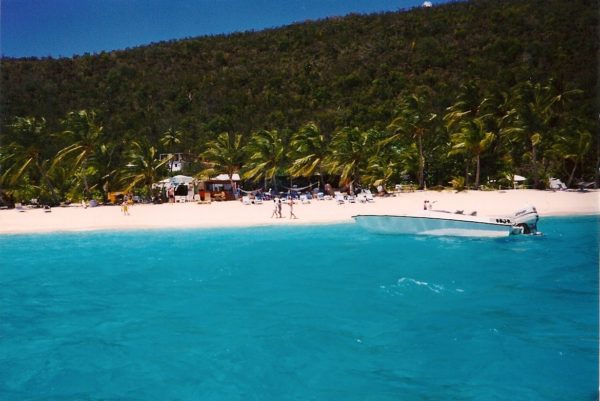 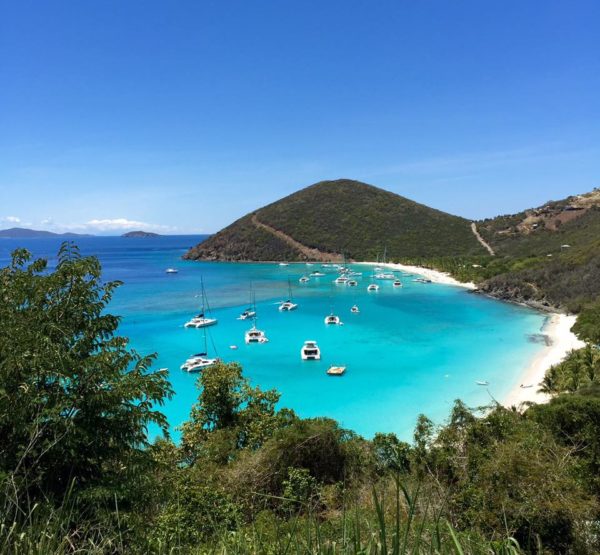 The official currency of the British Virgin Islands has been the United States dollar (US$) since 1959, the currency is also used by the United States Virgin Islands, which is like the BVI only the people are fatter. If you’ve got loads of dollars buy yourself a yacht. Apparently, it’s a great place for yachting, don’t know why I didn’t do it. (Alan Durant, 2021) 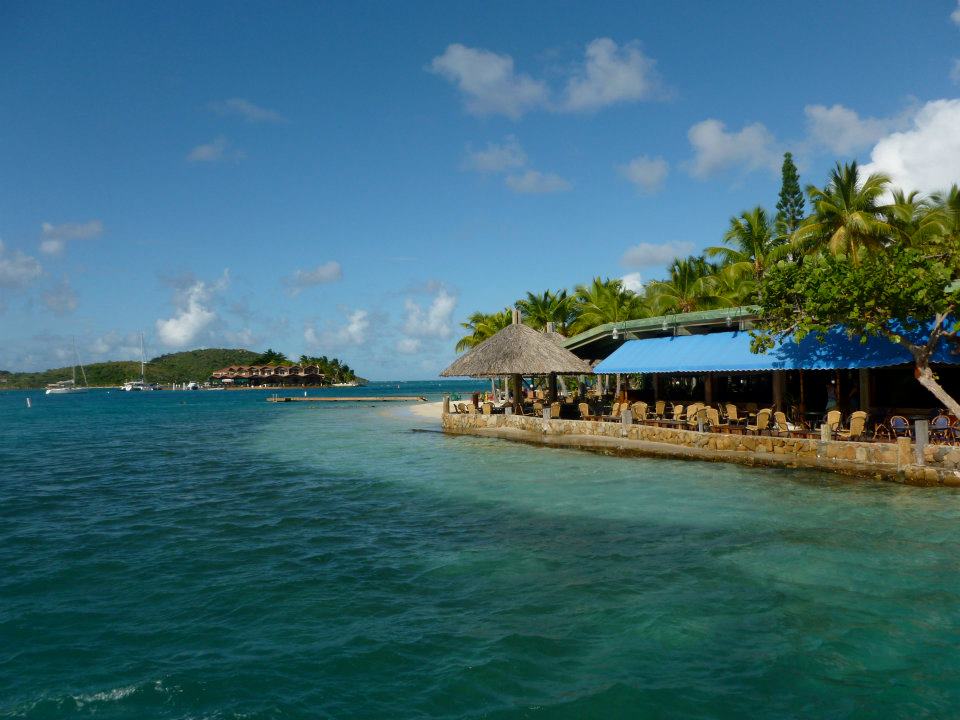 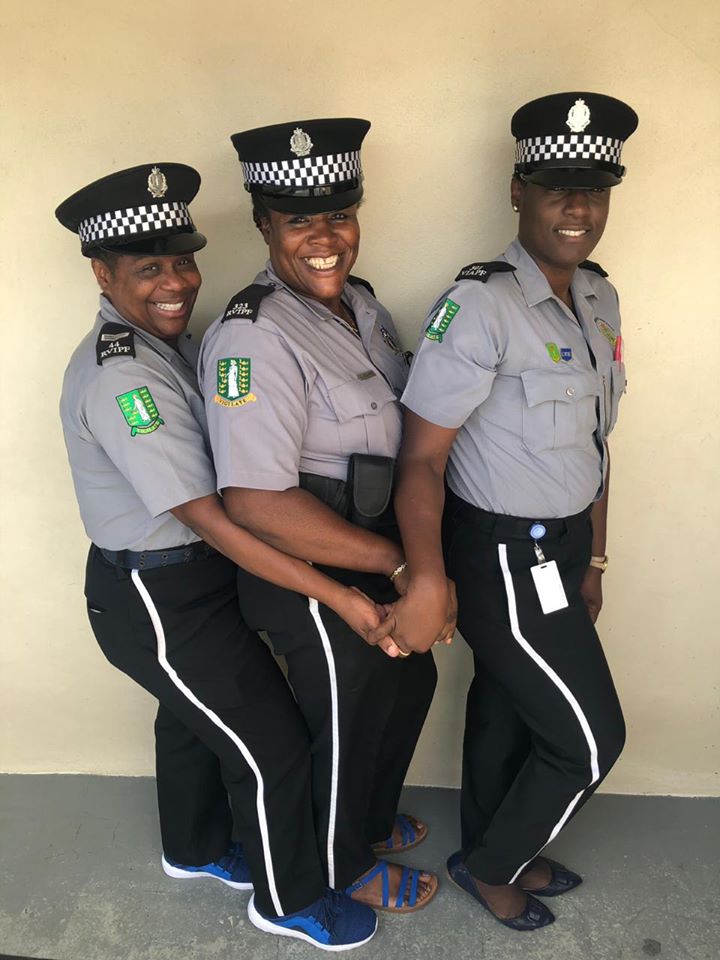 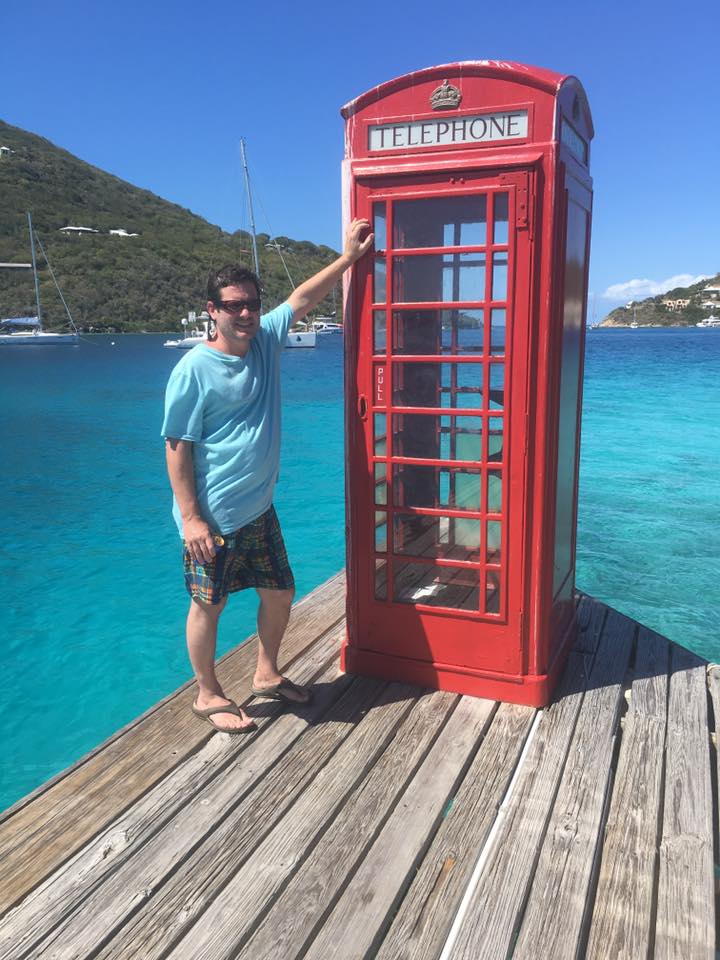 BVI - a piece of Britain

BVI - official flag - The motto on the flag reads ,,Vigilate", translated from Latin means ,,Be watchful"

The best time to visit the British Virgin Islands is from December to April; in fact, it is the least rainy and the least muggy period. Within this, January, February and March are the driest and the least hot of all. In summer, June and July are generally less rainy than August and September and also have a lower risk of tropical storms and hurricanes, which are most likely between August and October, that is when the sea is warmer. As regards the rainfall, there is a relatively dry season from January to April and a rainy season from May to December, the latter having a relative decrease in June and July.

The least rainy months, when precipitation doesn't go above 50 millimeters (2 inches) per month, are February and March.

Apart from hurricanes, which can bring strong winds and torrential rains but fortunately, occur rarely, usually, the weather is nice or variable, interrupted by short showers and thunderstorms, more likely and more intense during the rainy season, which means that in any case, the sun shines all year round. The sea is warm enough to swim in all year round, about 26 °C (79 °F) from January to April, and 29 °C (84 °F) in September and October.

From June to November, here as in the whole area of the West Indies, there is the danger of tropical storms or hurricanes with a higher probability from August to October.

,, Pretty hot though so as the Australians say slip slop slap with the sunblock. Or is it slop slip slap or was that the girl you tried to pick up at the bar? Hurricanes occasionally hit the islands, with the hurricane season running from June to November. Running is probably the best idea along with ducking and hiding. I’ve never seen a full-on hurricane in real life but having seen the fringes of a few I don’t want to. They seem to wreck stuff on a regular basis. 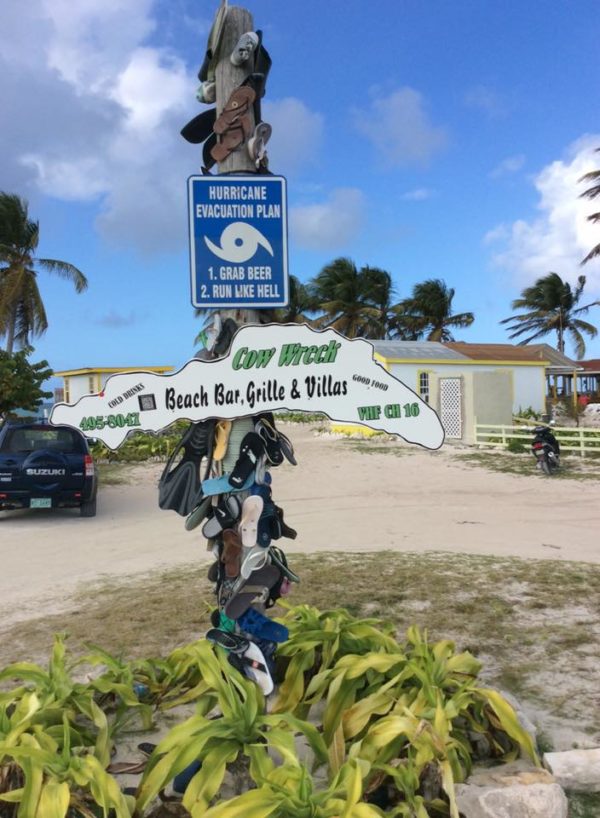 What keeps the island afloat (no pun intended) is finance and tourism. For finance don’t say tax evasion, avoidance, or money laundering. Not unless you want to find yourself in court. “More than half of the shell companies exposed in the Panama Papers investigation were registered in the BVI. According to an analysis by the International Consortium of Investigative Journalists. More recently, ICIJ revealed as part of the FinCEN Files investigation that BVI companies appeared in one in every five suspicious activity reports filed by banks that had concerns about possible money laundering.” (BCIJ) Not sure if they are hiring but keep your eyes open. Tourism is the more important earner for locals who get precious little direct benefit from the billions siphoned through their country.

A larger proportion of the businesses in the tourist industry are locally owned, as are a number of the highly tourism-dependent sole traders (for example, taxi drivers and street vendors). This is fine if you don’t mind selling tat on street corners, waiting tables, or taking fat annoying Americans out fishing, all for a pittance. (Alan Durant, 2021)

White Bay is Jost Van Dyke's most popular beach. It’s about as stereotypical a tropical beach as you can imagine. It even has a cool reef, good for snorkeling. Try not to get run over by the posh yachts. (Alan Durant, 2021) 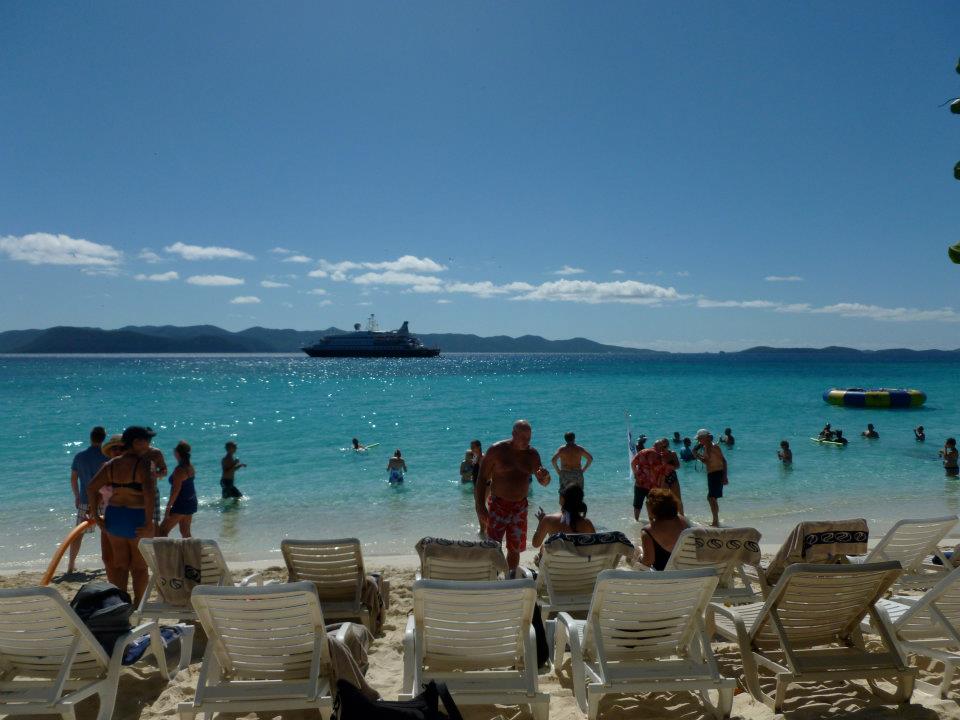