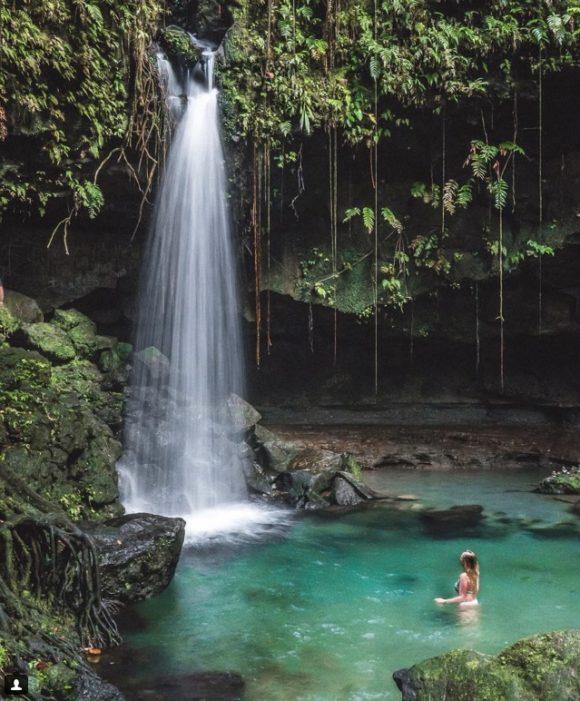 (Not to be confused with the better-known Dominican Republic)

1.   Many magnificent birds, butterflies and flowers – the pure beauty of nature

2.   The island’s humble, simple character is charming – “a discreet Garden of Eden”

8.   Excursions in the rainforest

10. Learning a lot about nature in the Papillote Tropical Garden 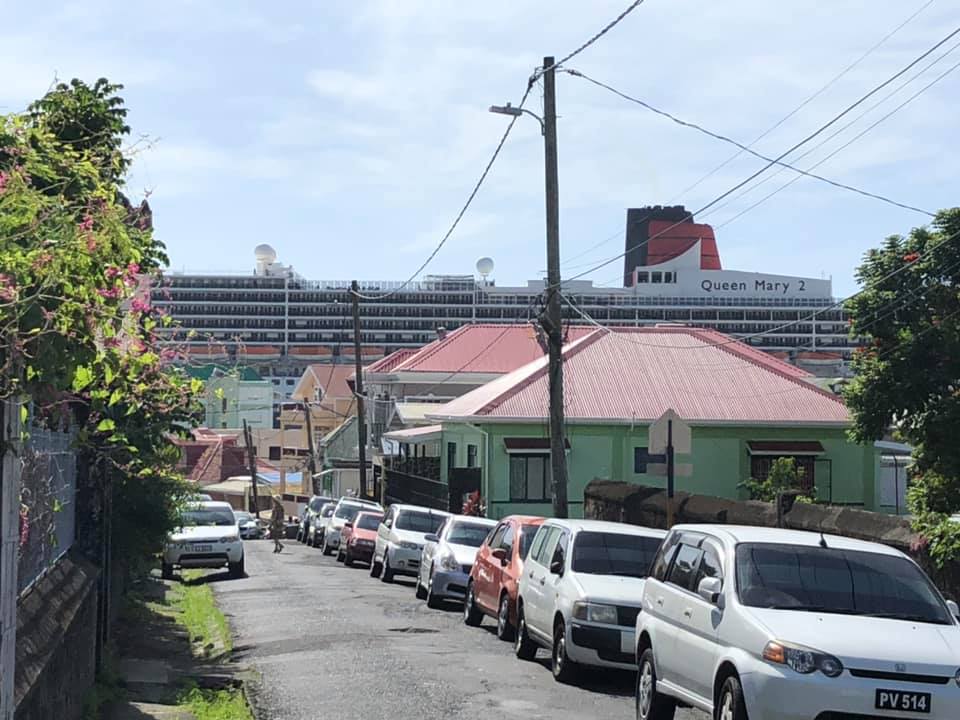 2.   Most of the animals we encountered were either cows or mosquitoes (I wouldn’t call either really exotic)

4.   The scary landing at the small airport

5.   The crowds flowing out of the cruise boats shatter the authentic calm of the island

7.   Roads are in bad condition (a lot of potholes)

8.   Not easy to discover the inland without a rental car

9.   Not many nightlife and good restaurant options - even a mediocre quality restaurant is difficult to find

10. Dominica is not particularly good for snorkeling (except for Champagne Bay) 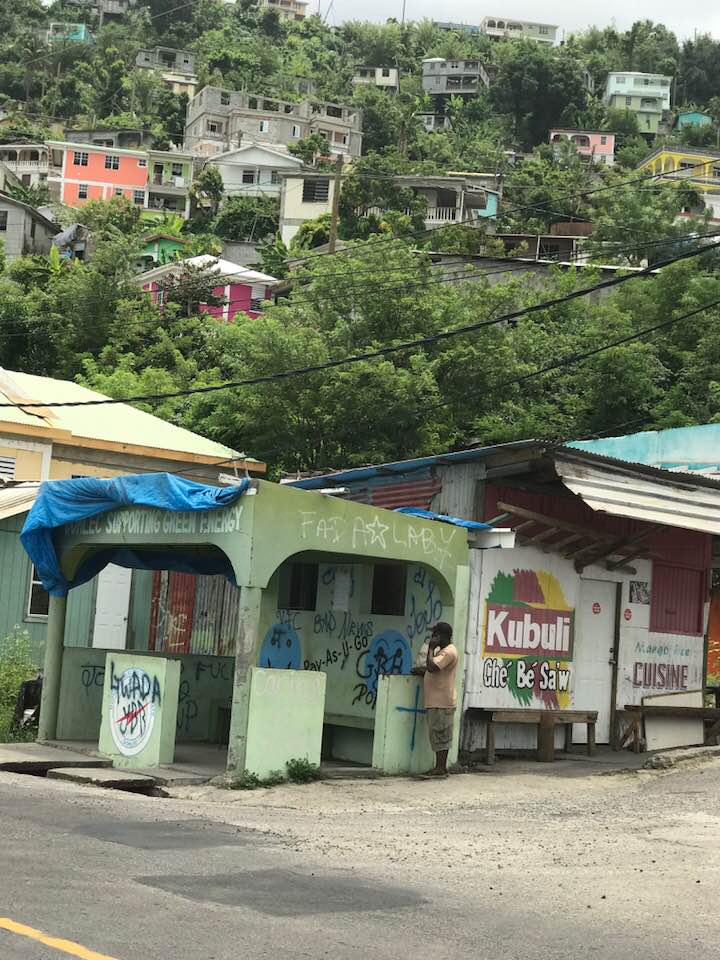 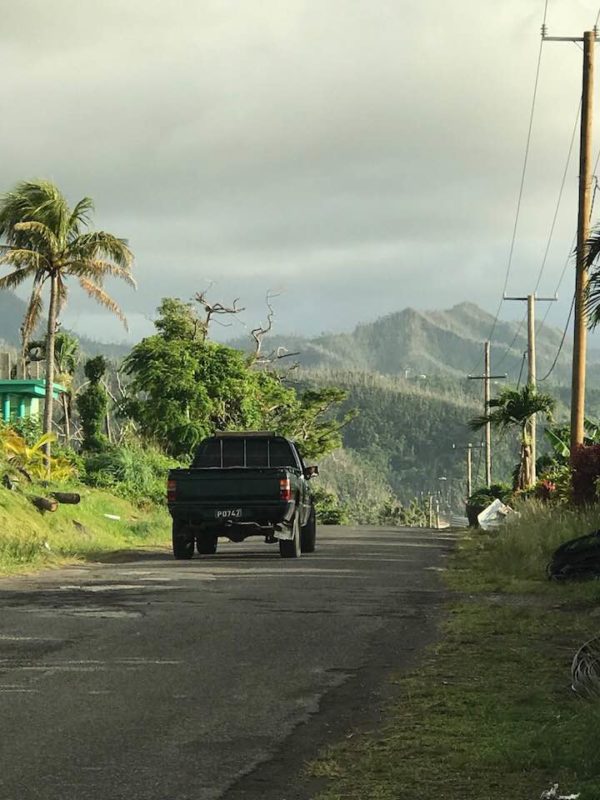 Dominica - on the road -s.a. photo 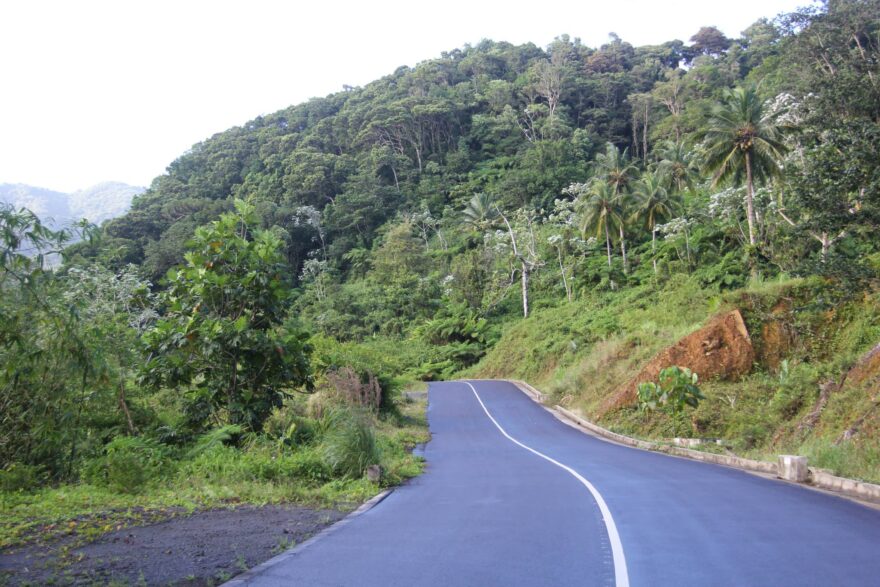 Dominica - Roseau - The old market benign today with market stalls, but this is where slaves were bought and sold. The French introduced slavery and the British expanded it until it was abolished in the 1830s. - p.j. photo

Some locals try to dupe tourists. Give a polite but firm response. 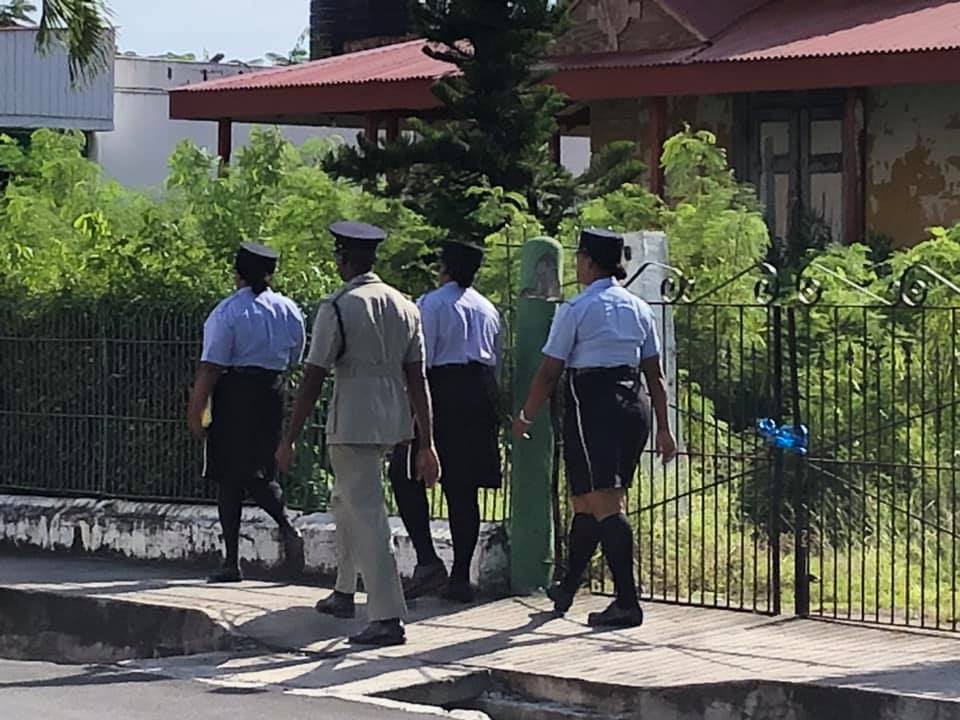 Locals drink the pipe water, but visitors should prefer to drink bottled water, especially those who have a sensitive stomach.

1. You will need bug repellent. 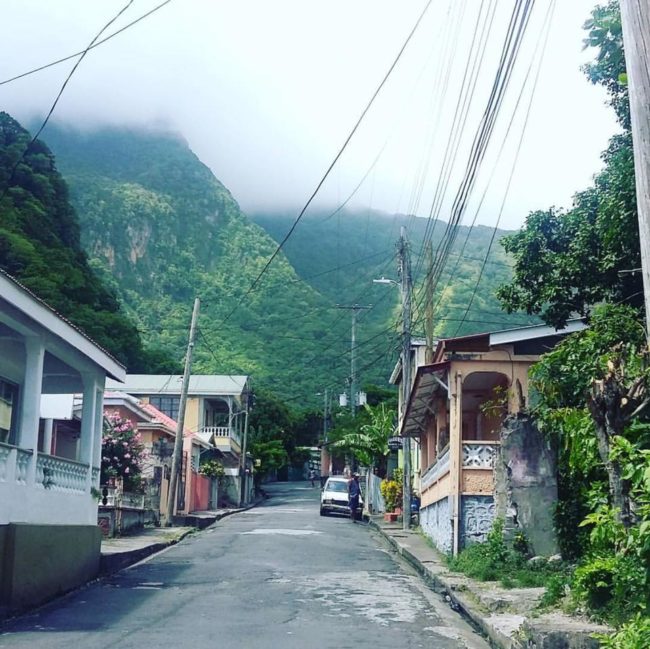 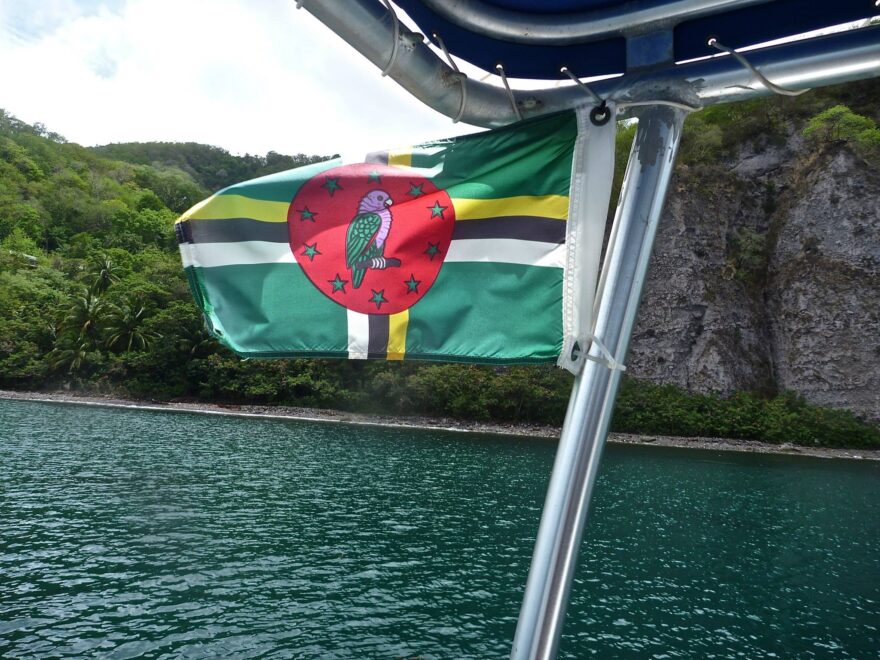 Dominica - national flag - the bird you see in the middle is the sisserou parrot, that is endemic to Dominica - m.j. photo

Dominica is a small island in the Lesser Antilles of the Caribbean, between Guadeloupe (north) and Martinique (south), about half of the way from Puerto Rico to Trinidad and Tobago.

Capital city: Roseau - The only town of the island. It has retained many original colonial buildings.

Dominica was a British colony until it gained independence in 1978.

The country is a republic, as, upon independence local people decided to have a president as the head of state, and not the Queen. Dominica is still part of the Commonwealth, and the official name is The Commonwealth of Dominica. This name is used to avoid confusion with the Dominican Republic.

Religion: 61% Roman Catholic, 18% followers of evangelical churches - about 20–25% of the people do not practice any religion

June to November is the rainy season, and a chance to experience the excitement of a possible hurricane.
December to May is the dry season, though not without any rain. Optimal timing for a visit would be January - March. A carnival is takes place in February or March (dates vary)

The whole island is made of volcanic rock too. It is home to one of the last natural hot springs in the world. 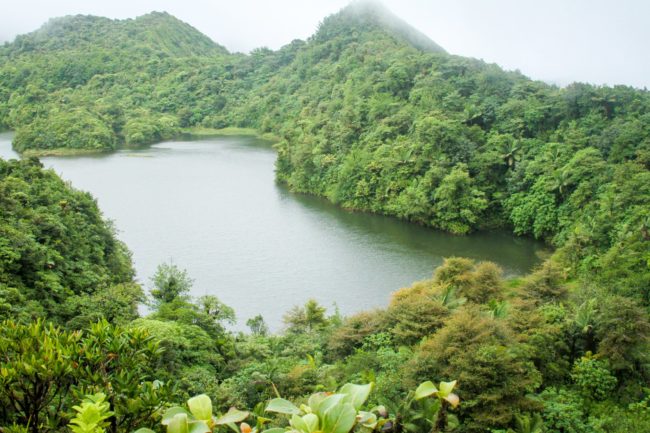 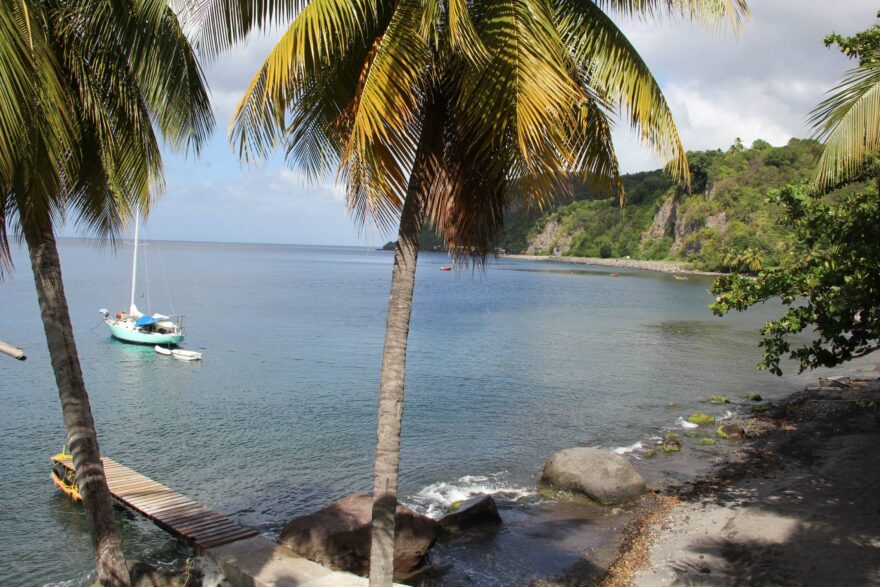 On Sunday, 3 November 1493 Christopher Columbus saw the island from the deck of his ship and promptly named it 'Dominica,' which means 'Sunday' in Latin. 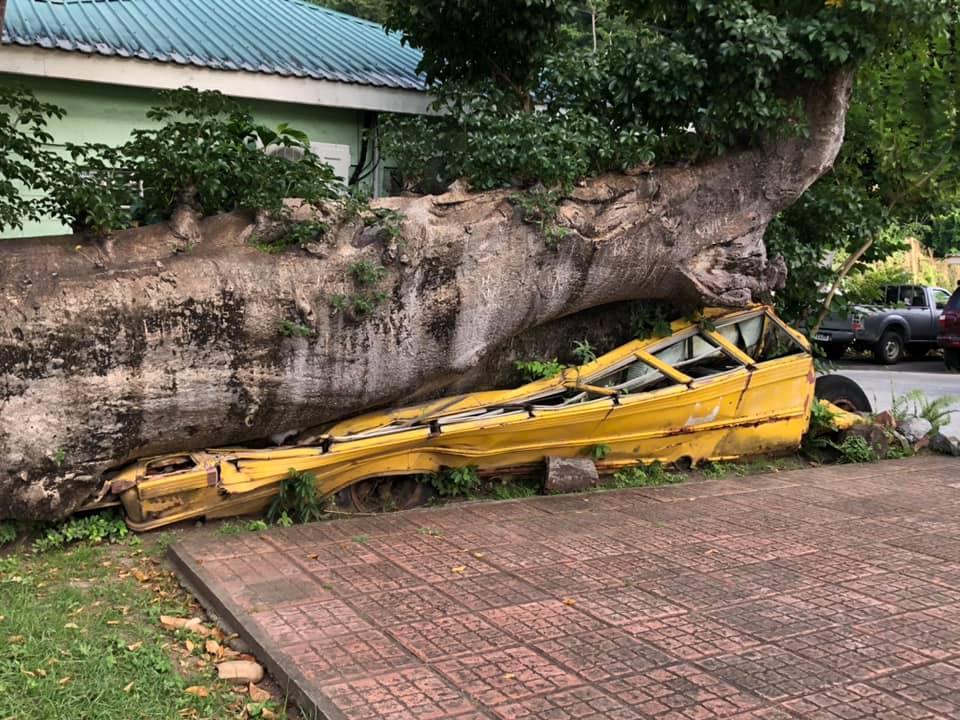 Dominica - That's a yellow school bus - crushed by that tree in 1979, during the devastating Hurricane David. Fortunately no-one was on board it at the time. - p.j. photo

There is practically a two-party system in Dominica.  The Dominica Labor Party(Red) and the United Workers Party(Blue) are the forever competitors. The Labor Party uses to be the winner. No new party could have any chance to join this competition.

Dominica - The headquarters of the Dominica Labour Party. The party's symbol/logo is a shoe. Their voters are asked to put their X by the shoe. - p.j. photo 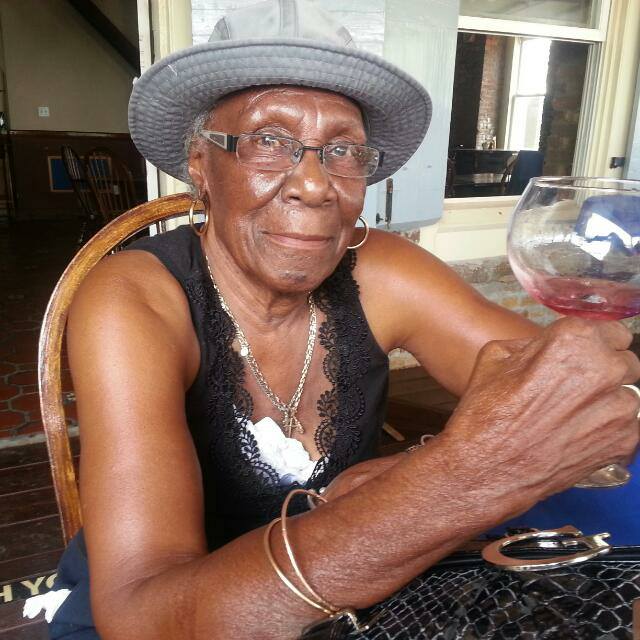 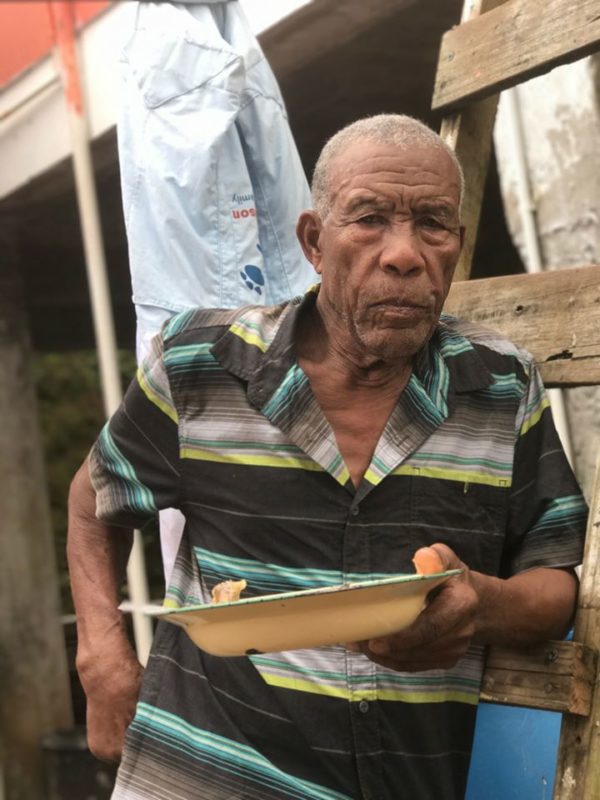 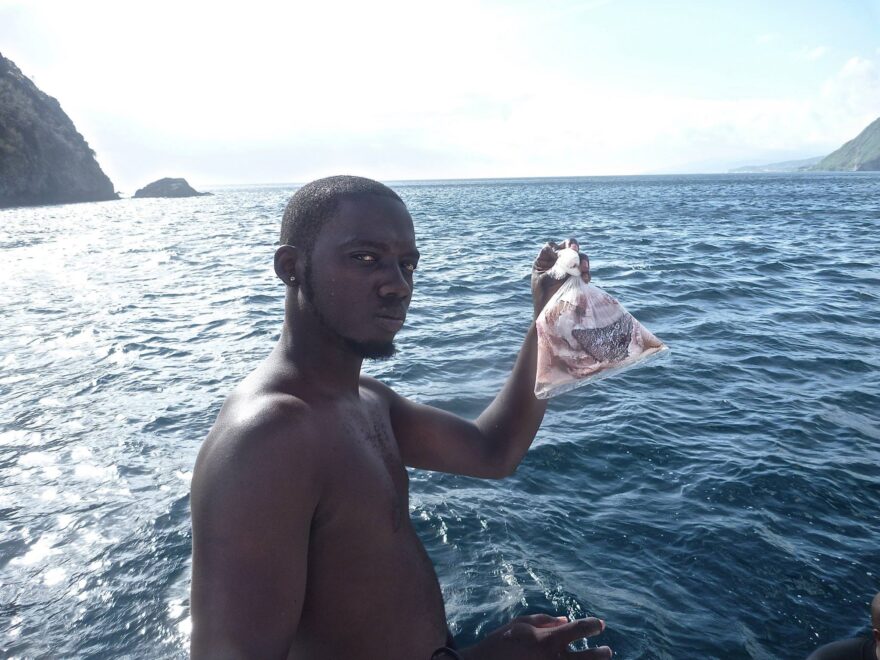 Dominicans don’t eat too many desserts. The most common pastries are the cinnamon buns and currant rolls. An unsweetened doughnut-like pastry called a “bake” (often with codfish) is a popular snack. 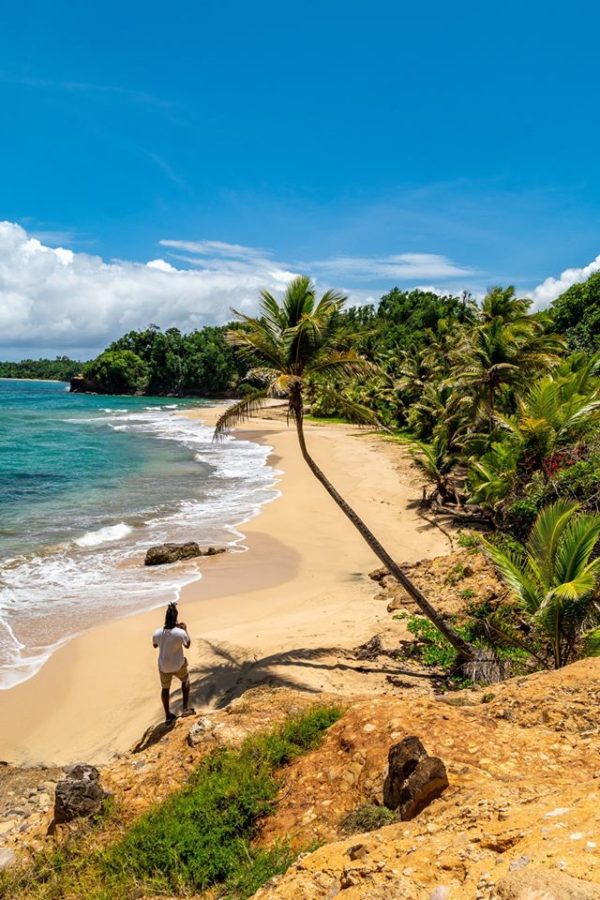 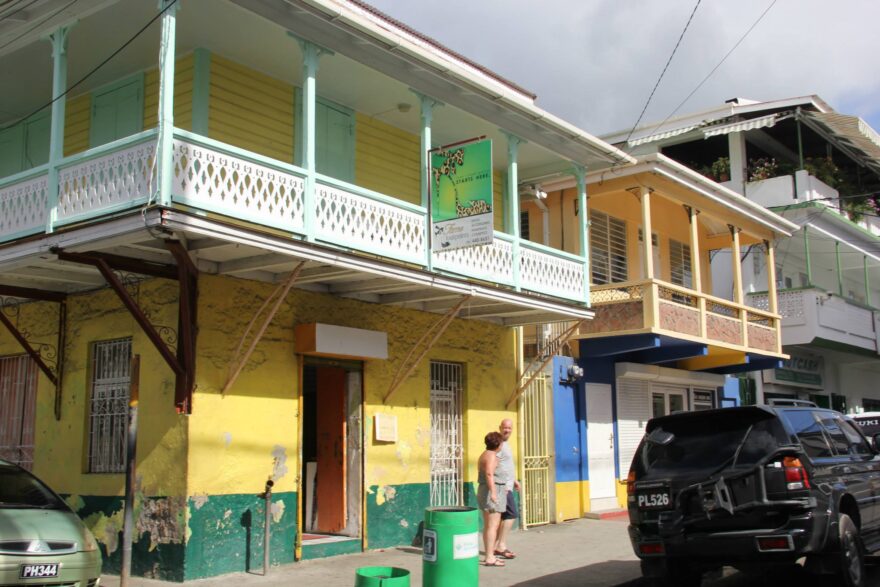 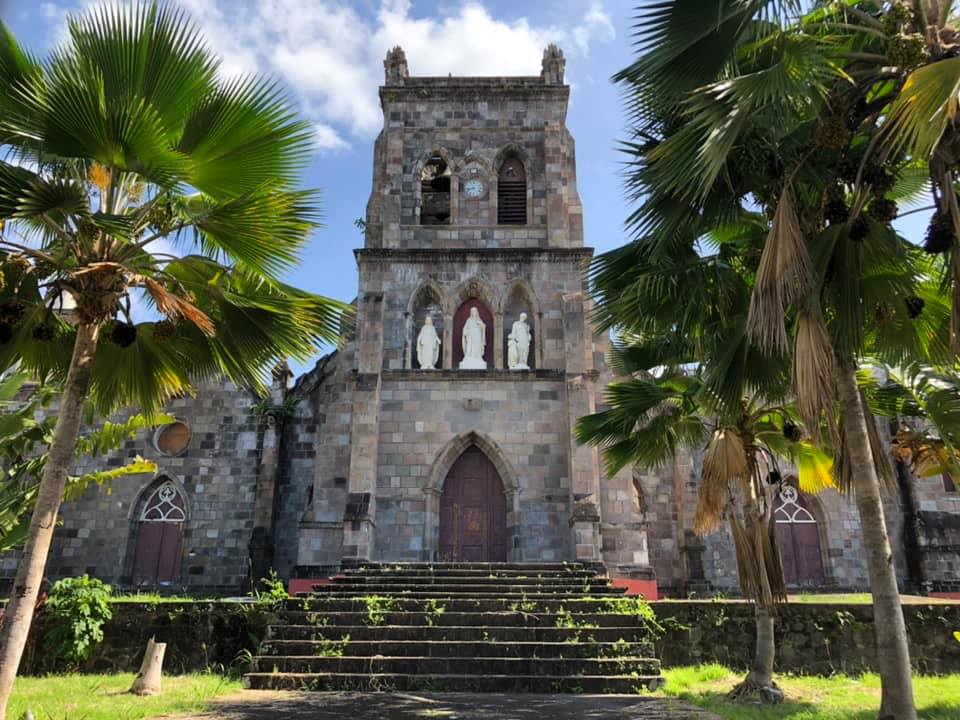 Dominica - Our Lady of Fair Haven Cathedral - the main Catholic church in Roseau, badly damaged by the hurricane in 2017 and not in use while repairs are - slowly - made, as money allows. - p.j. photo