2. Amusing mix of Caribbean character and French cultural and lingual impact – we thought Guadeloupe was more beautiful and charming than Martinique

4. Many beaches with gently deepening water – one of our favorites is Salako Beach

8. Taking a ferry to visit Martinique, with a stopover on Dominica

Accessing the top of La Soufrière is by no means as easy as they say. There’s a covered rest place at the top because heavy rains are a frequent occurrence here. The hike is about 8km from the car park, but given the steepness of the climb, it’s likely to take at least three hours to reach the summit. At the start of the tourist trail is a hot spring, and its waters collect in a small pool. After a long hike, it’s a perfect spot for a refreshing dip.

I would definitely recommend any travelers to the island to visit the town of Sainte-Anne. There’s a market there twice a week, and you can get some wonderful items. Last but not least, I highly recommend the beaches in that area, which are perhaps the best on the whole island.”

Bus drivers have an arbitrary understanding of schedules. They don't feel like working on some weekends in defiance of the official timetable.

Local drivers have a pathological affinity for honking.
Most of the roads are terrible, especially at night. 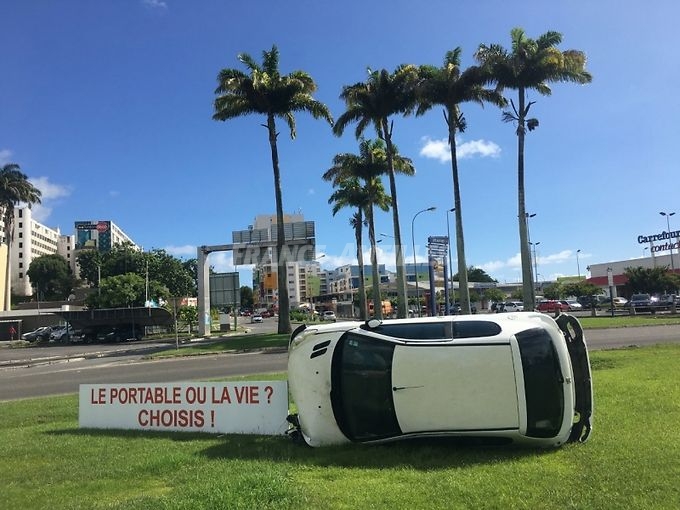 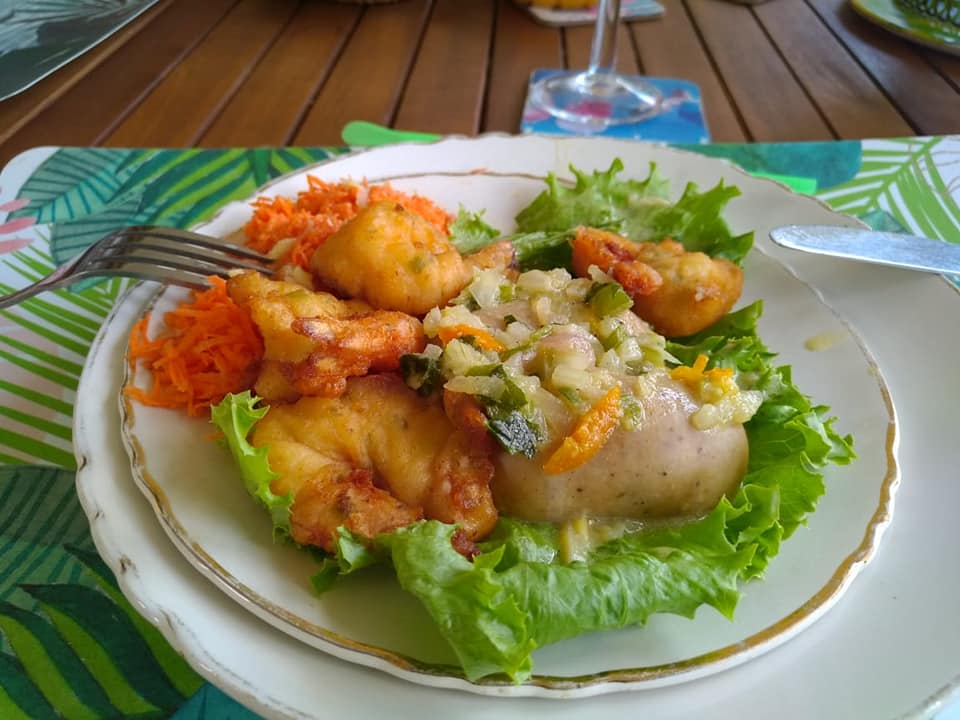 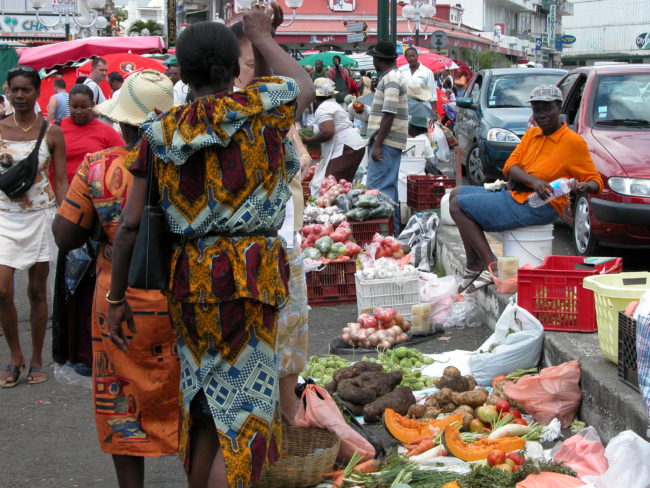 Do not leave any valuables in the seats of the rental car. 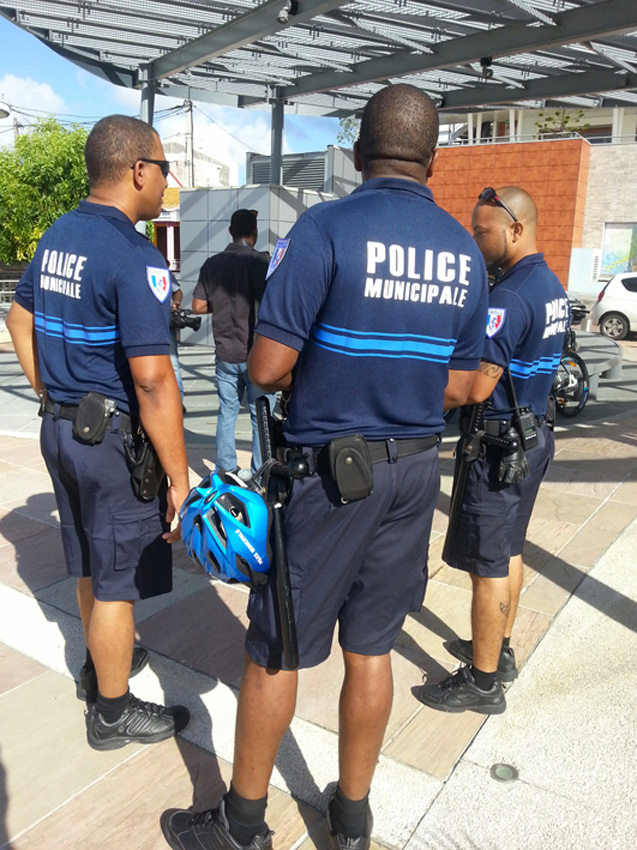 “Mosquitos and other bugs

These wage a ceaseless war against us, and there are times when they win. I have no option but to cover myself in mosquito repellant, which is a very boring procedure, and there are times when I forget to do it. In addition, I’m not at all sure that it’s good for my skin. Fans and air conditioning systems seem to inhibit them, so I’ve grown increasingly accustomed to keeping these on all the time.

Since mosquitos here can spread zika virus and other diseases, it really is worth trying to avoid getting bitten as much as possible. There are plenty of mosquito repellants on the market, but it’s worth buying the local variety in a pharmacy when you arrive, since it works on tropical varieties as well.

Cockroaches can appear anywhere, even in places with frequent and thorough cleaning. My main problem with them is that the variety here can fly, which they frequently do, and I seem to be a particularly attractive landing spot for them. I try not to reward this behavior, as I really don’t desire the pleasure of their company.

Tiny ants are probably the most annoying bugs – they’re speedy little things, and if a single crumb falls on the kitchen floor they immediately invade the kitchen. In fact, sometimes they come into the house even when there’s no food to be had.

“I will stand up and say that La Caravelle beach, dear Sainte-Anne, is probably the most beautiful in the world. It belongs to a four-star hotel called Club Med, but thank God anyone can enjoy any of the beaches here for free. While the service is somewhat Caribbean (meaning you have to wait a little longer than would usually be considered justified), you can at least enjoy some Caribbean ‘fast food’ in this delightful setting.

I’ve been to many beaches, before and since, but La Caravelle remains my favorite. If only because you almost always encounter iguanas, which never cause any trouble but simply amble about between the towels and beachgoers. They aren’t dangerous, though you might get slapped with a spiky tail if you upset them. I love watching them.” 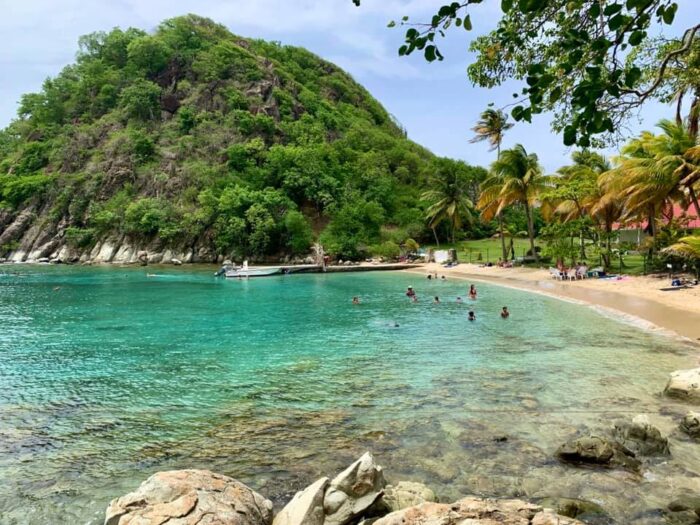 Guadeloupe - Guadeloupe is too beautiful to become a trash can - r.p. photo

Guadeloupe is a French territory (an overseas department, so not a country) in the Caribbean, part of Leeward Islands, and the Lesser Antilles (geographical regions). Guadeloupe consists of 8 inhabited islands; the two main islands are: Basse Terre és Grande Terre
Guadeloupe is not a French colony, moreover part of the European Union (funny is not it?).

Language: French is the official language, but many inhabitants also speak Antillean Creole (Créole Guadeloupée) - This creole or Kreyol is French-based language, even so almost incomprehensible for people from France. The pronunciation is very different, and there seems to be an essential influence from other languages.

You can experience heavy but brief downpours every day for a week, then no rain for a month.

The tourism high season is from Christmas to March (regular and robust trade winds, the "coolest" period of the year (23 to 28 degrees on average) and July to August (hotter and humid). The hurricane season (rainy season) lasts from June to November The tourism low season is from April to May, during the dry season.

“While some local politicians try to stir up anti-French sentiment among the locals, everybody knows, when they consider the matter dispassionately, that without French money and investment, the quality of life here – which is high by Caribbean standards – would plummet. For the inhabitants of the island, the chief advantage of being French citizens is access to the country’s social and health networks.

A large proportion of Guadeloupe’s wealth comes from its sugar cane production, and from sugar cane, they also produce rum. Vegetable and fruit production are also significant. Apart from that, however, almost everything is imported from Europe, and the cost of shipping is of course, reflected in local prices, which are significantly higher than the European average.” 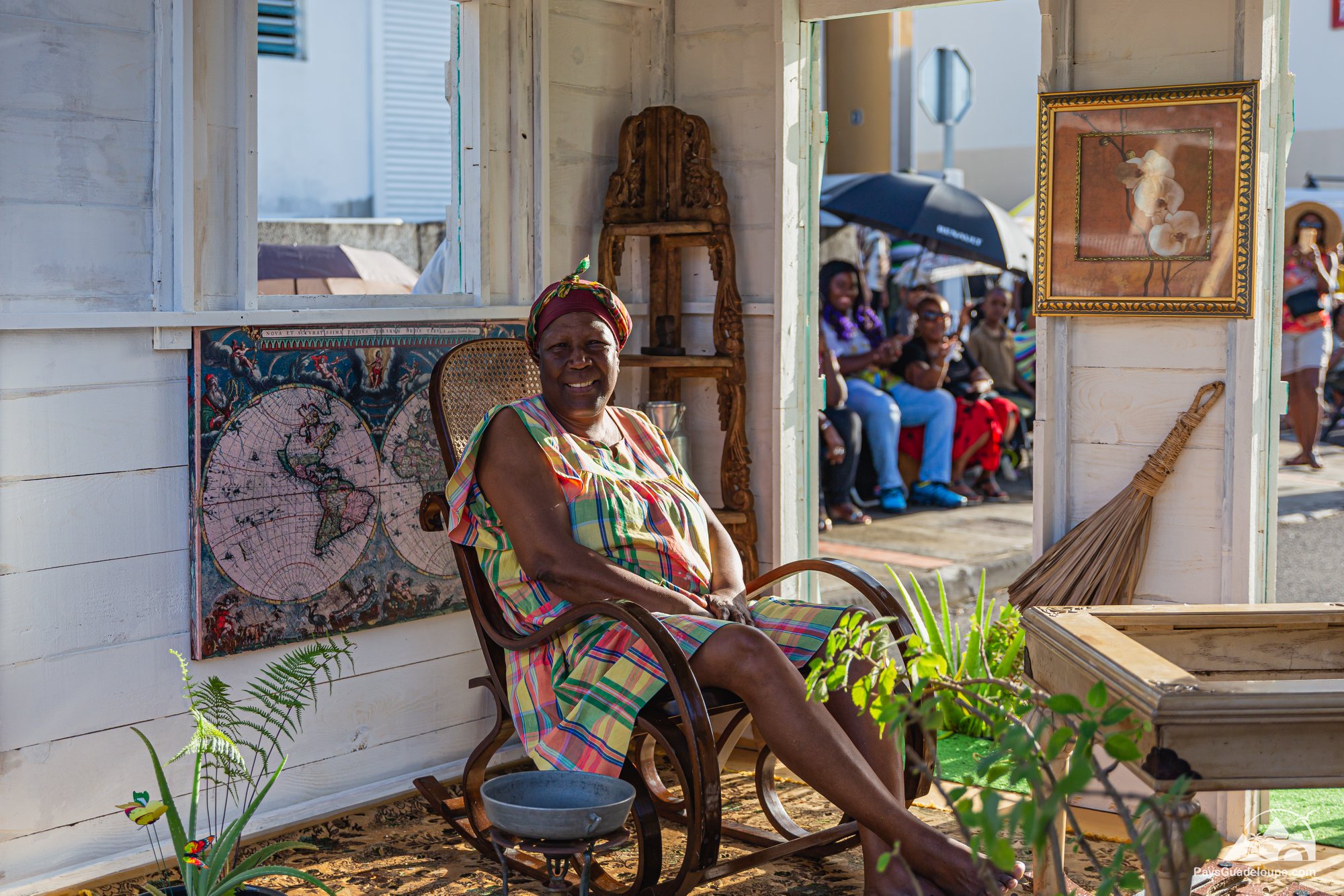 1. Do not take photos of locals without their permission.

,, Sainte Anne has the best beach - period! Some other lovely beaches:  Grande Anse beach in Deshaies, the hotel beaches in Gosier, the beach in Bois Jolan (a mix of countryside and beach), a Petit Havre, small and cozy beach, cool surf spot. La Caravelle, it’s the postcard beach with the blue lagoon and the white sand. There are incredible black sand beaches in Basse Terre. Port Louis also has an incredible beach. The beaches of Marie Galante are unknown gems. On the road to La pointe des chateaux on your left, there are very beautiful beaches. " (M.M, 2019) 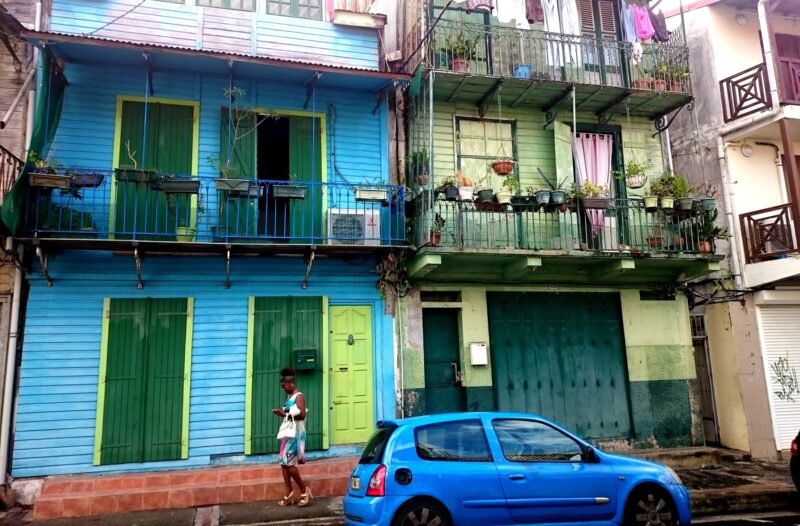 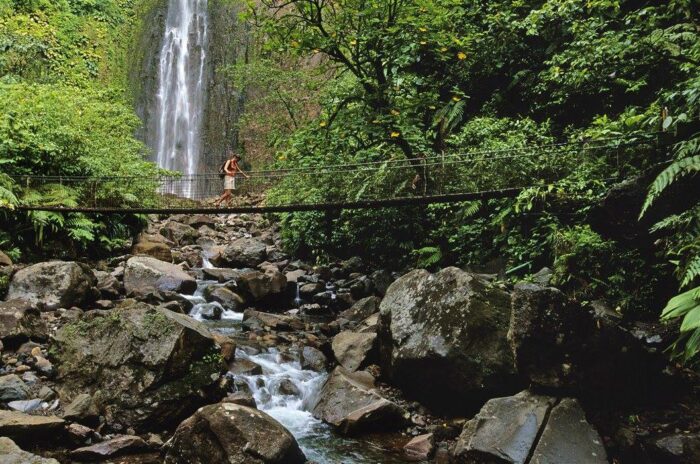 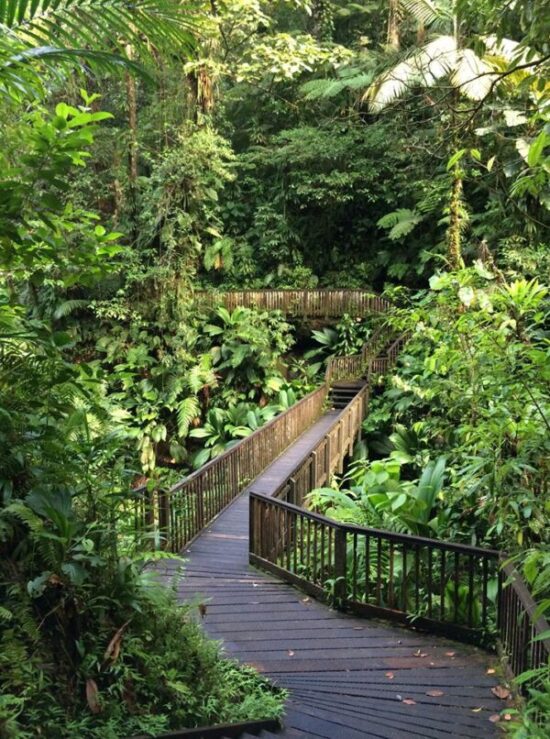 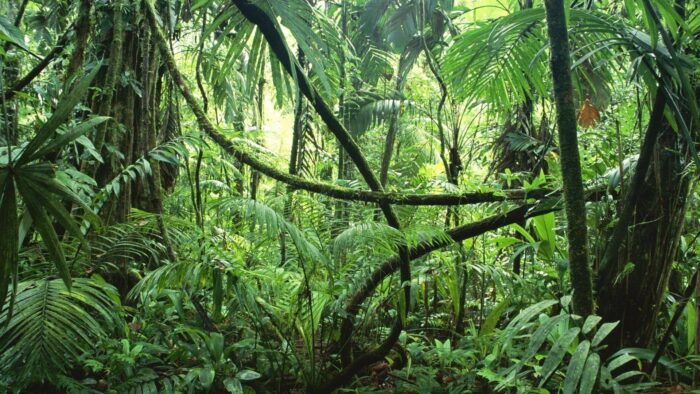