1. The enchanting, clean beaches of the northeastern coast, the wave-free Seven Mile Beach at Negril

2. The colorful flora of the island, the thrilling rainforests at Ocho Rios, the fine, cool weather of the Blue Mountains

3. Jamaicans are mostly friendly, open-minded, many of them have an excellent sense of humor and are somewhat unconventional

4. The air is filled with rhythm, music (not only reggae), the spirit and cult of Bob Marley is everywhere

6. Somewhat cheaper than the Caribbean average

9. We adored rock climbing on the Dunn’s River Falls (a bit scary though at some points)

1. Terrible public safety in Kingston – risky to walk in the streets, being afraid of muggers and insane drug addicts

3. The huge crowds of cruise passengers invading some streets in Montego Bay and Ocho Rios

4. A lot of beggars, dealers trying to sell drugs to tourists

5. There is a kind of racism, unpleasant bland quirks (whitey) and a lot of arrogant, agressive, rude locals

6. Many tourists only stay within the resorts as they think the outside world of Jamaica is wild and dangerous

8. Some country roads are in dangerously bad condition

9. Those locals who pretended to befriend us and then turned nasty when we didn’t want to give them money

10. Trying to get used to the slowness of services 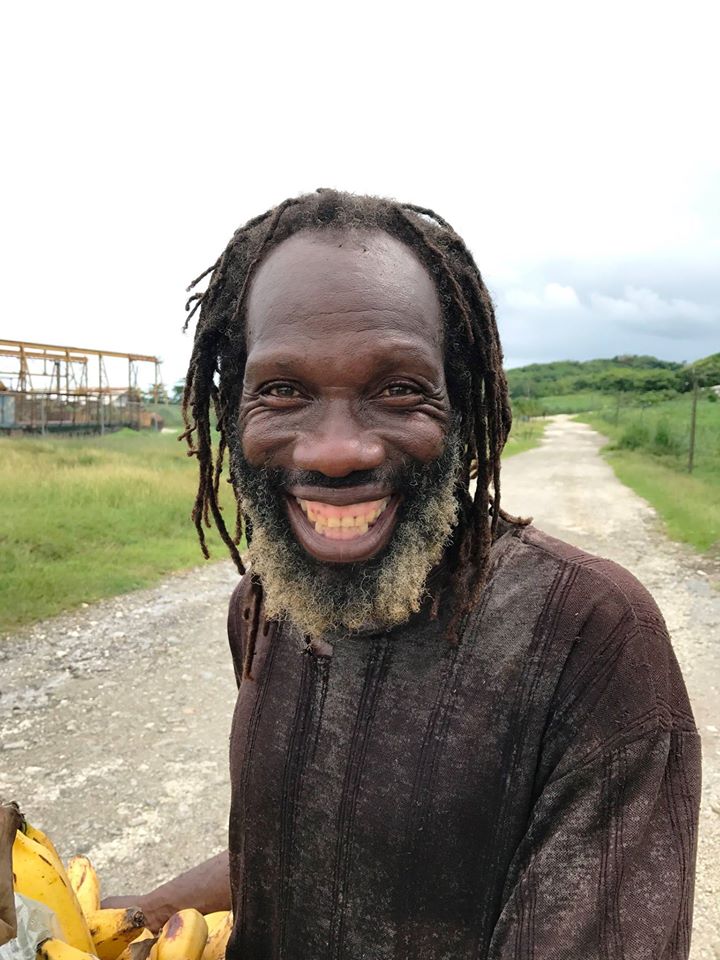 “Jamaica has some wonderful white-sand beaches, and beautiful mountainous terrain as well. The food is well seasoned, and there are plenty of live music events and accommodation options to choose from.

The locals certainly have a lot of character, though some people find them a bit much. It’s a problem that you basically have to avoid Kingston, because it’s too dangerous. It isn’t safe to travel by public transport, you feel anxious walking on the beach alone, or, even when not alone at night.

“Negril is a good option, because it allows you to experience something of Jamaica, but without having to deal with the more difficult aspects. This village of 3,000 people is essentially safe, which is a big deal in a country with one of the highest murder rates in the world. It was very disconcerting to hear over breakfast that the radio reads out a list of deaths that have occurred in the local area (though a large proportion of these were ‘just’ road accidents), but the pushy street vendors are probably the biggest inconvenience here. On the other hand, it isn’t as sterile a holiday resort as, say, Varadero, where the traveler learns essentially nothing about the life of local people.”

“The old towns, built in the classic style, are mainly located along the south coast, and it’s definitely worth taking a trip there, but it’s the north coast which has been designed expressly for tourists. The snow-white, sandy beaches, warm water and romantic bays welcome around one million visitors annually. The visitor is greeted by the unique Rastafari feeling for life; after all, this island is the home of Reggae music, where Bob Marley, the king of Reggae, was born.

Time is of secondary importance in Jamaica – no one is in a hurry, no one is stressed, and there’s no reason to be.”

In Jamaica, there is no rail passenger transport. Most of the people use the bus and taxi. Public buses are crowded, with active pickpockets.

If you choose to take a taxi, you better take a taxi called by your hotel.
The plate numbers of registered taxis are white on a red background. Be sure to get one of them.

When renting a car, you should know that it is problematic to find services in cities and even more difficult in the countryside in case of a technical fault or defect. In many places, the road conditions are deplorable. If possible, don't drive at night! 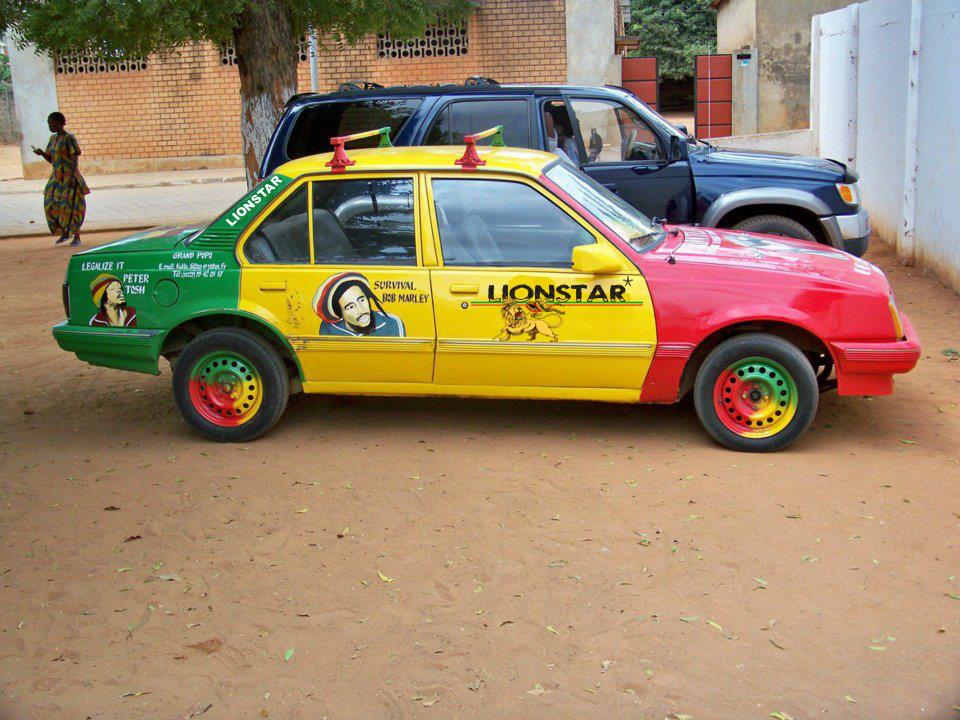 While it was in Jamaica that the all-inclusive concept really took off in the Caribbean, there are also other attractive accommodation options on offer, from grand, colonial-style hotels to discreet rental apartments. Large hotel complexes are often noisy and overcrowded. 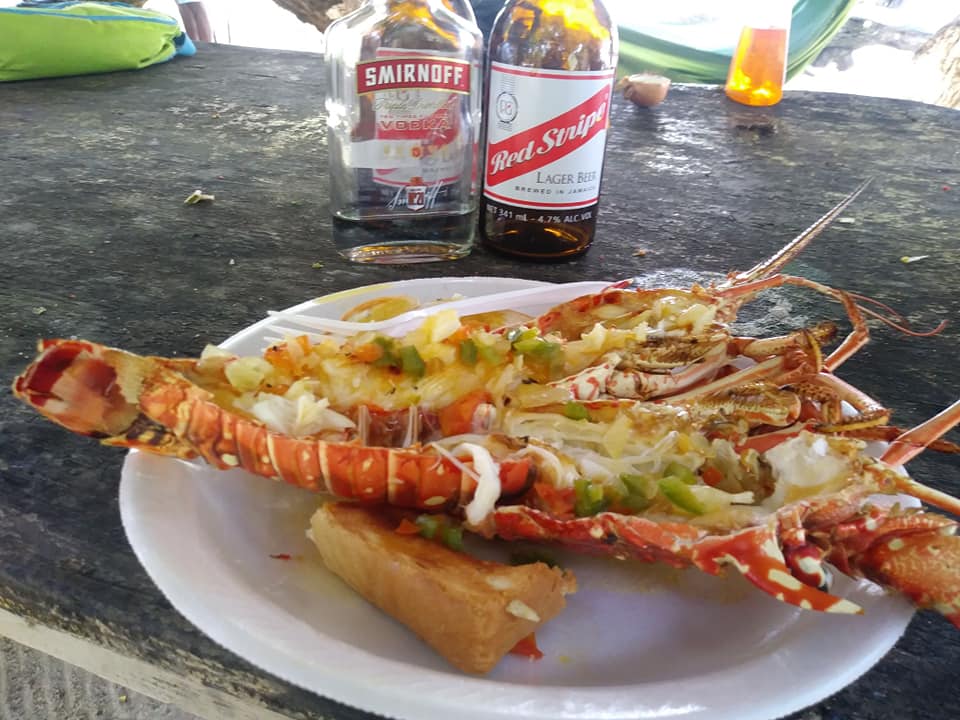 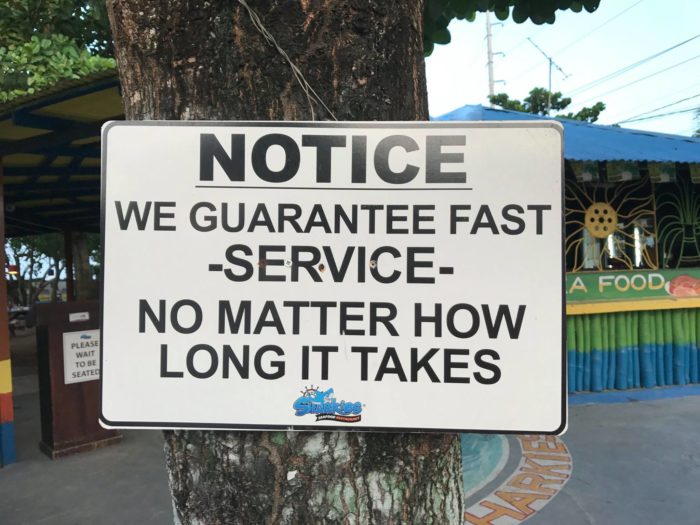 Tourists are sometimes eye-witnessing street violence, fistfights, but the brutalities almost always happen between local thugs, wide boys, and the foreigners are left out. 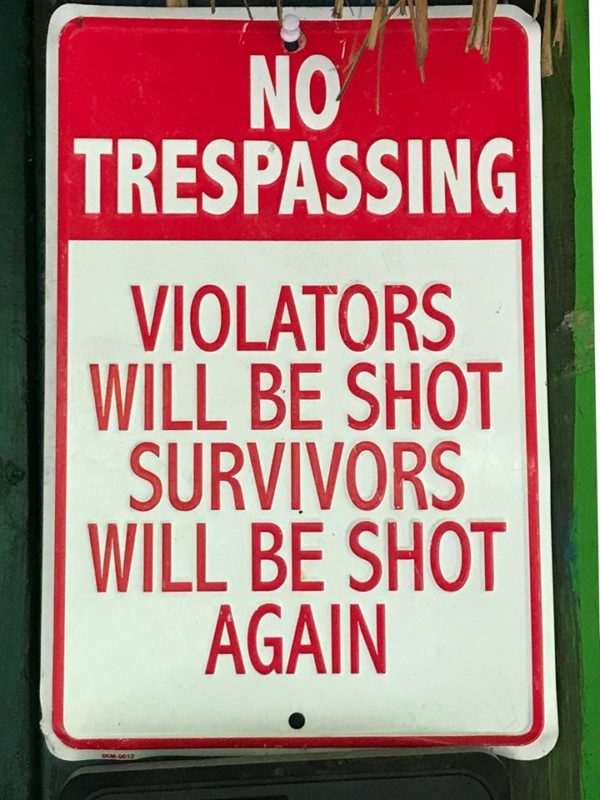 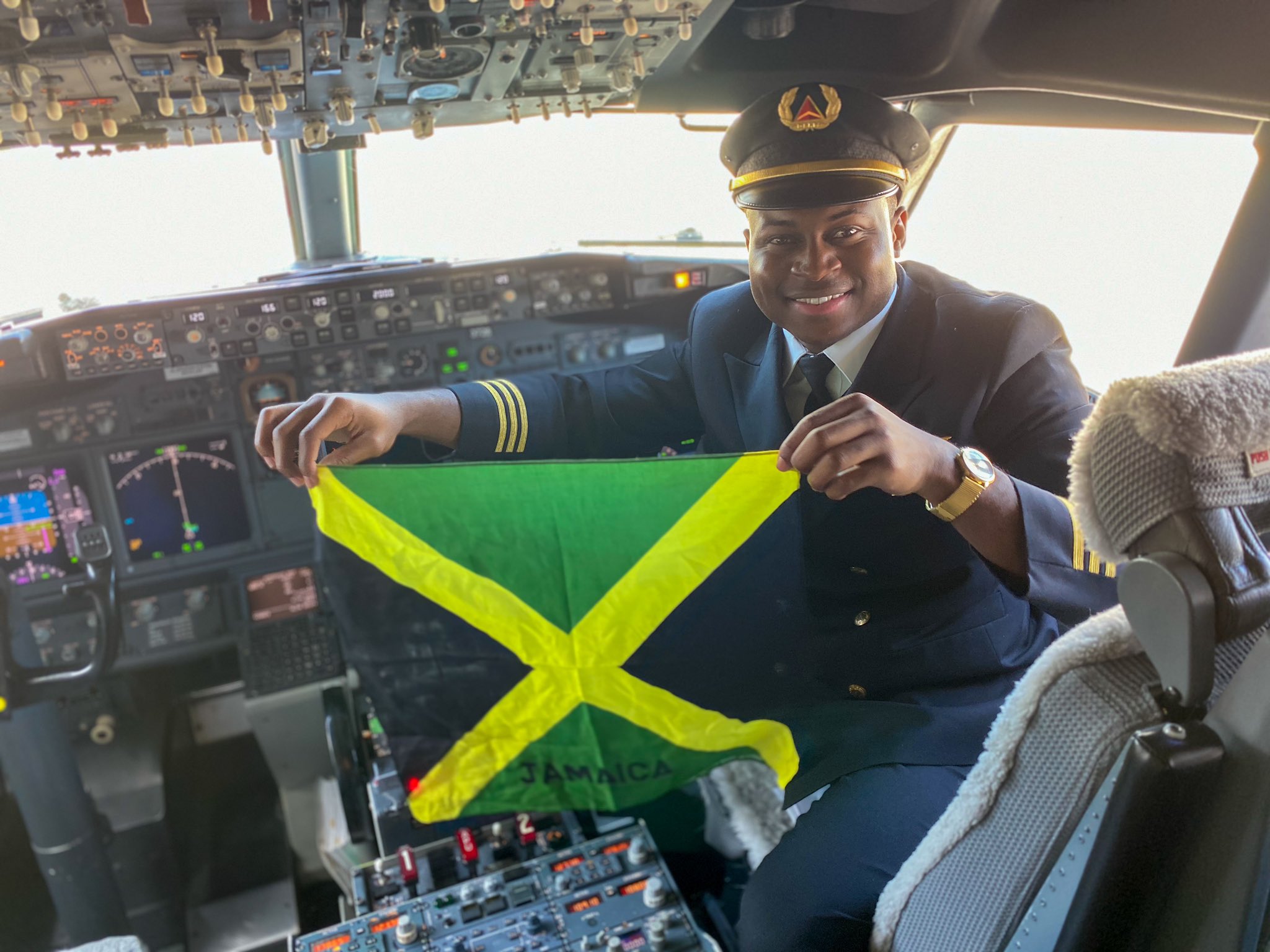 Political system: Jamaica is a member of the Commonwealth; thuswise Queen Elisabeth II is the head of state - Jamaica has a parliamentary democracy; the Prime Minister has the most relevant executive power.

Hurricane season:  officially from 1 June to 30 November, but August and September are the peak months. 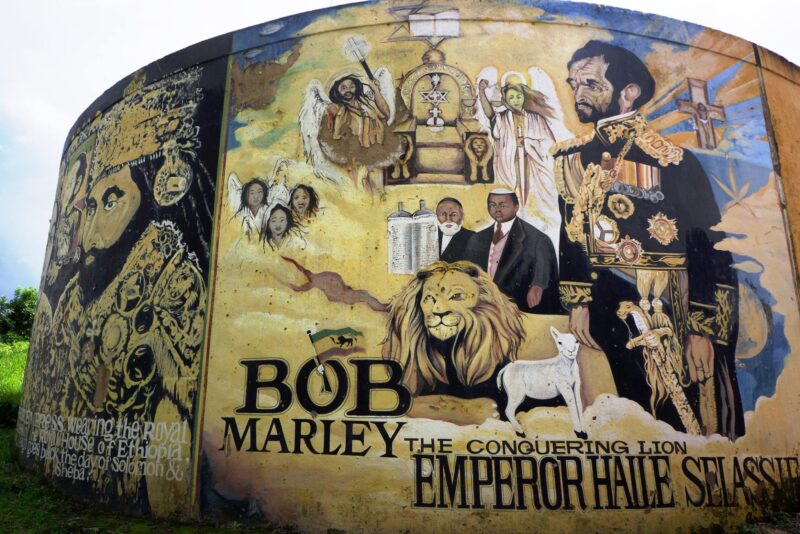 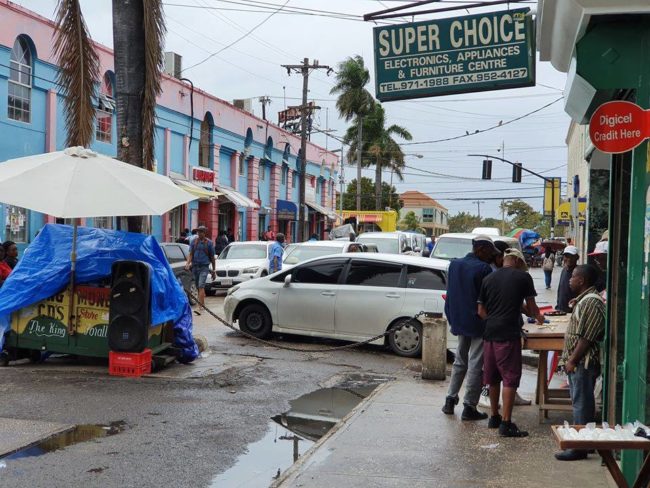 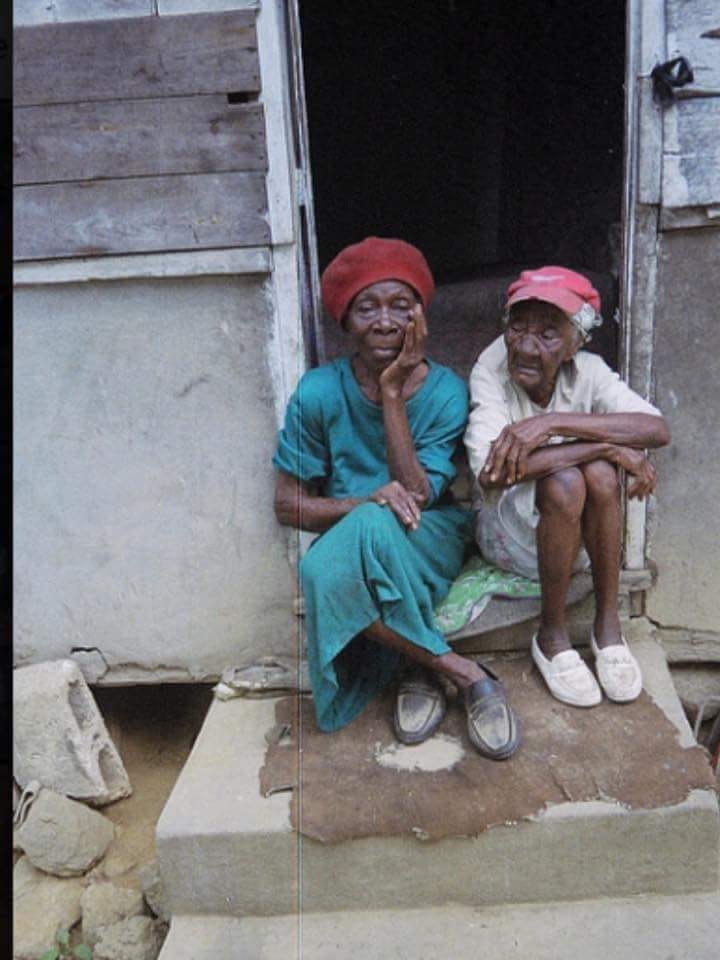 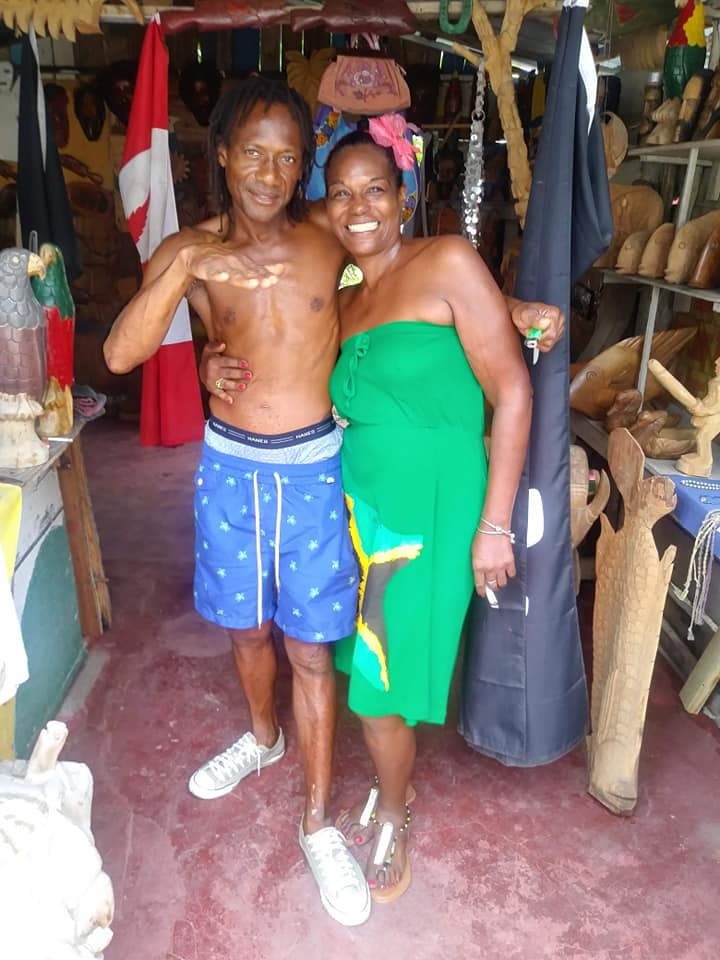 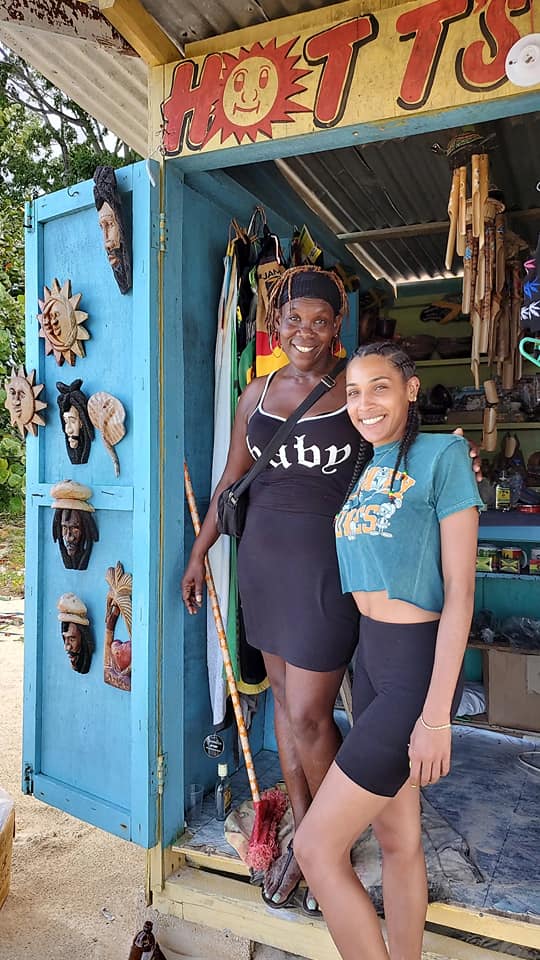 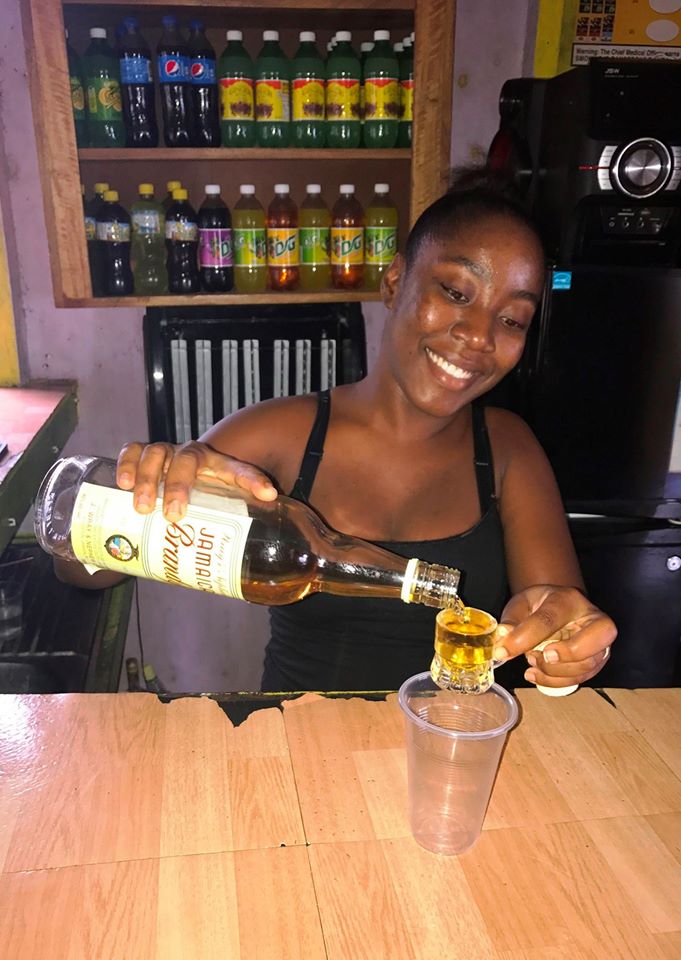 1.    Given the relaxed, easygoing manner of the locals, it’s difficult to see why they look askance at a tourist girl/woman who goes out of the tourist compound into the ‘real Jamaica’ in shorts or a short skirt. But they do.

2.    Despite their famously laid-back attitude, formal courtesy is important to Jamaicans. They likewise expect tourists to exchange greetings, say please and thank you, and to apologize if there’s cause for it.

3.    Jamaicans love jokes, nonsense, and non-malicious teasing. They don’t expect tourists to be too serious either but be careful that your jokes don’t offend. The nonsense of the locals shouldn’t be taken too seriously, so try not to be unnecessarily offended.

4.    It’s rude to dismiss the vendors and hawkers on the beach too brusquely. Much better to show toleration and patience, no matter how difficult it is when you’re continually pestered in this manner.

5.    Jamaicans speak English in a peculiar manner (patois). It’s extremely probable that you’ll have some difficulties understanding them. In such situations, whatever you do don’t ask them to speak ‘normal English’ because you’ll gravely offend them.

6.    If you want to take a photograph of a local, always ask permission first. And don’t view Rastafarians as exotic props, but show regular civil courtesy if you want to film or photograph them. It’s a different matter if a guy with an exaggerated Rasta look appears on a tourist beach since he probably hopes to attract tourist attention and make some profit from it.

7.    It’s forbidden to smoke in public, indoor spaces, and they take it surprisingly seriously. 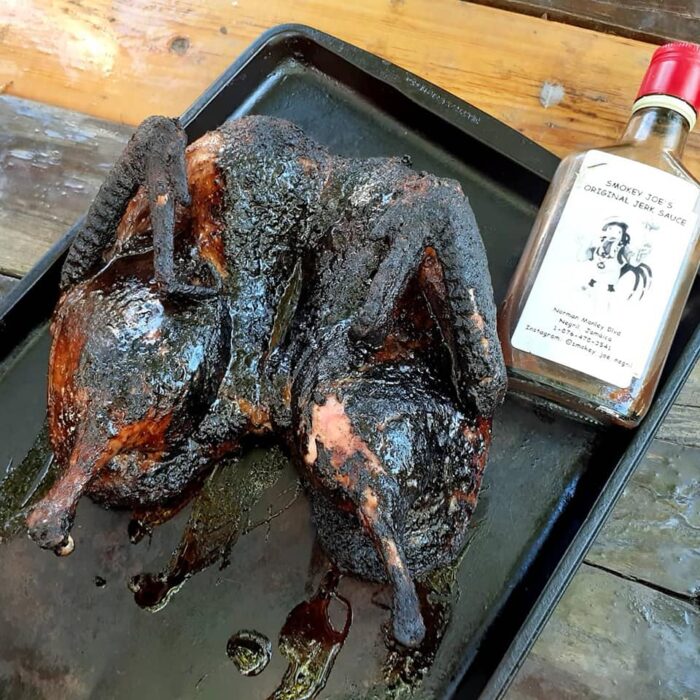 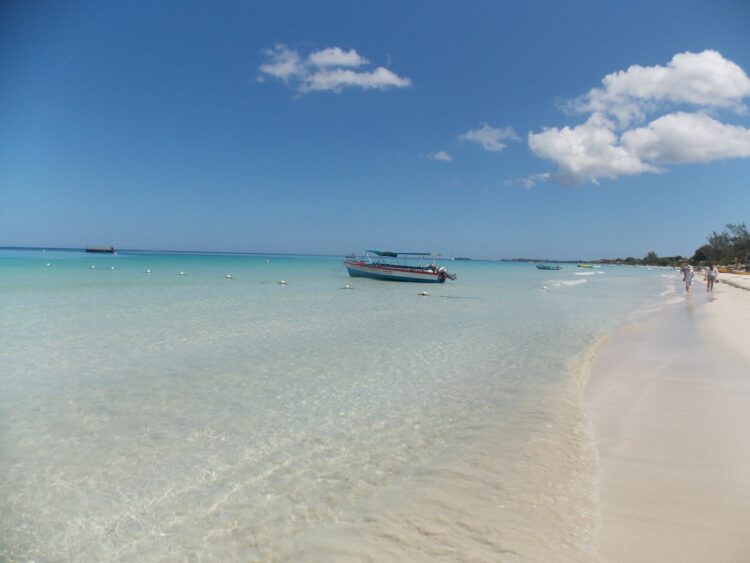 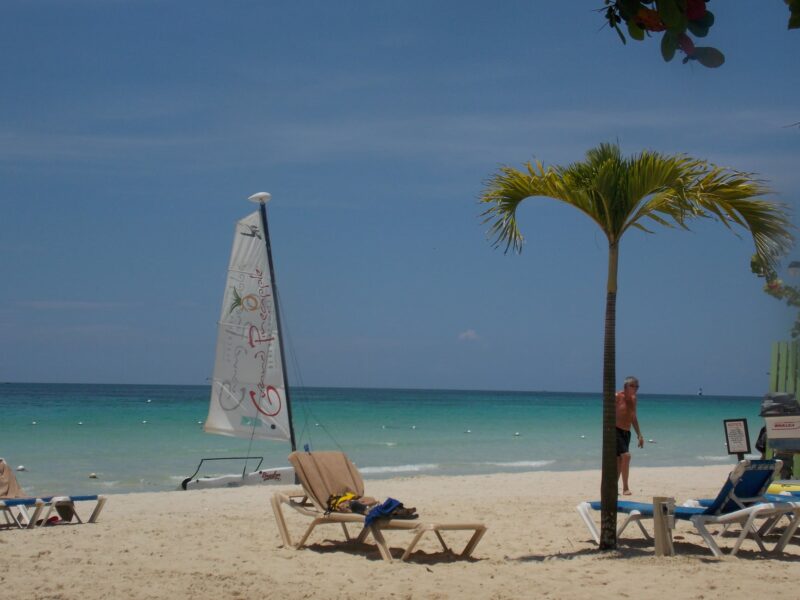 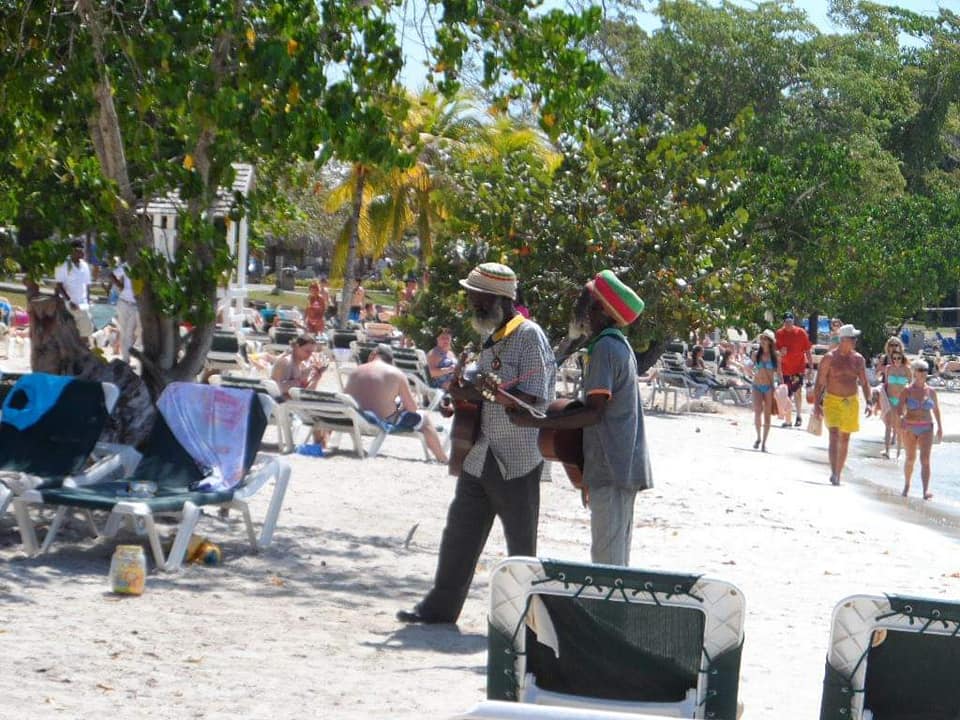 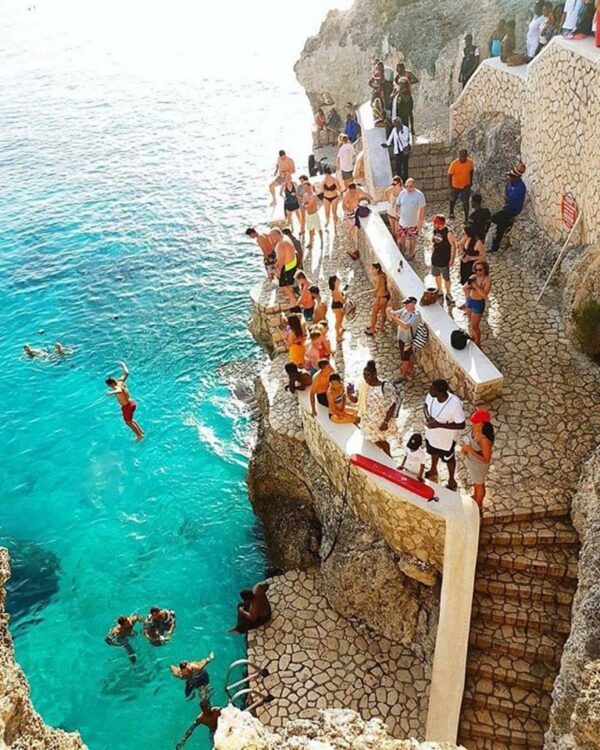 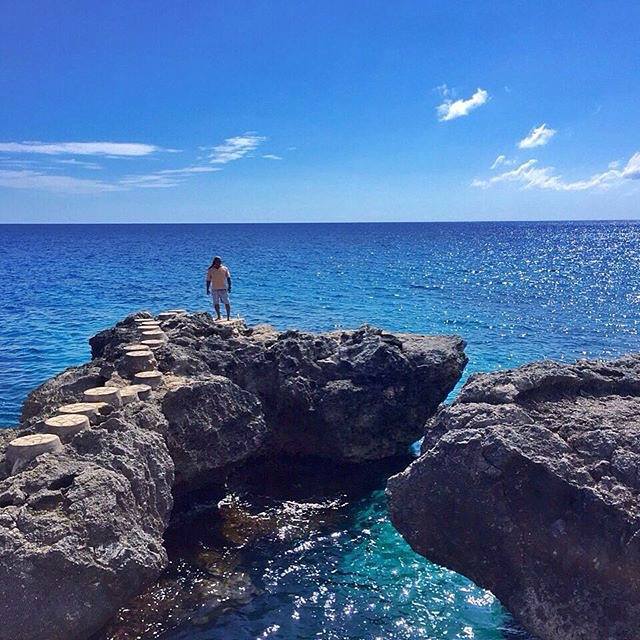 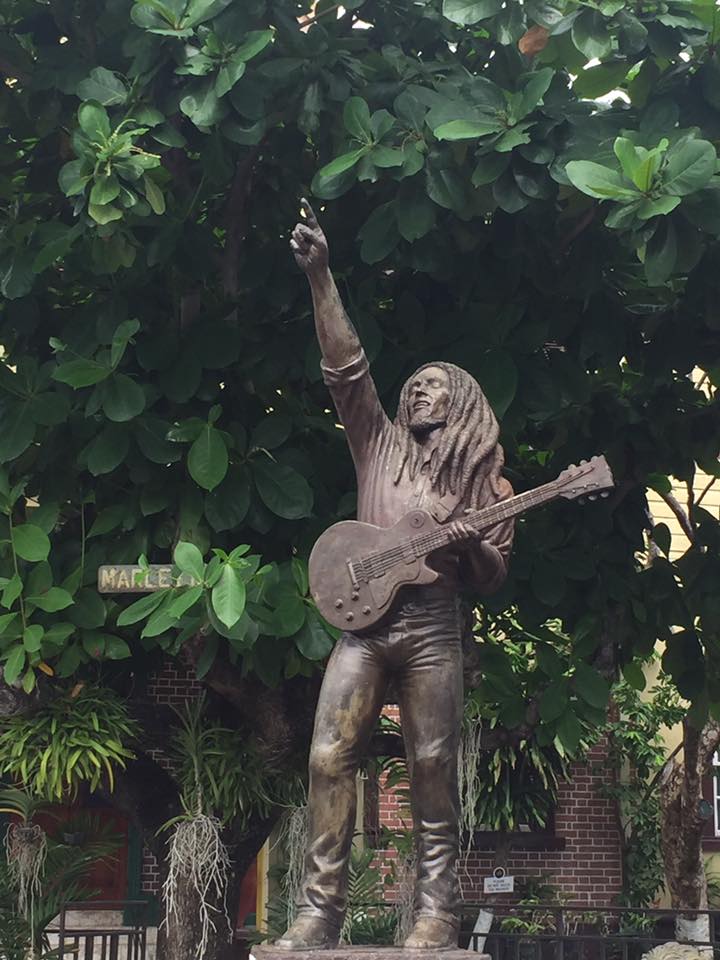 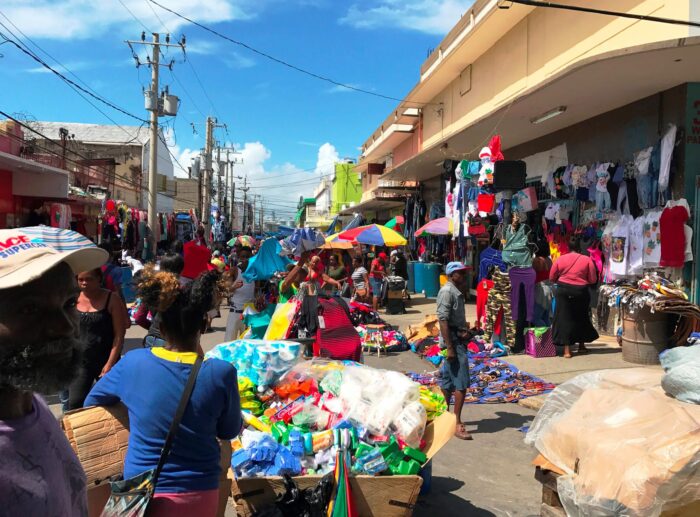 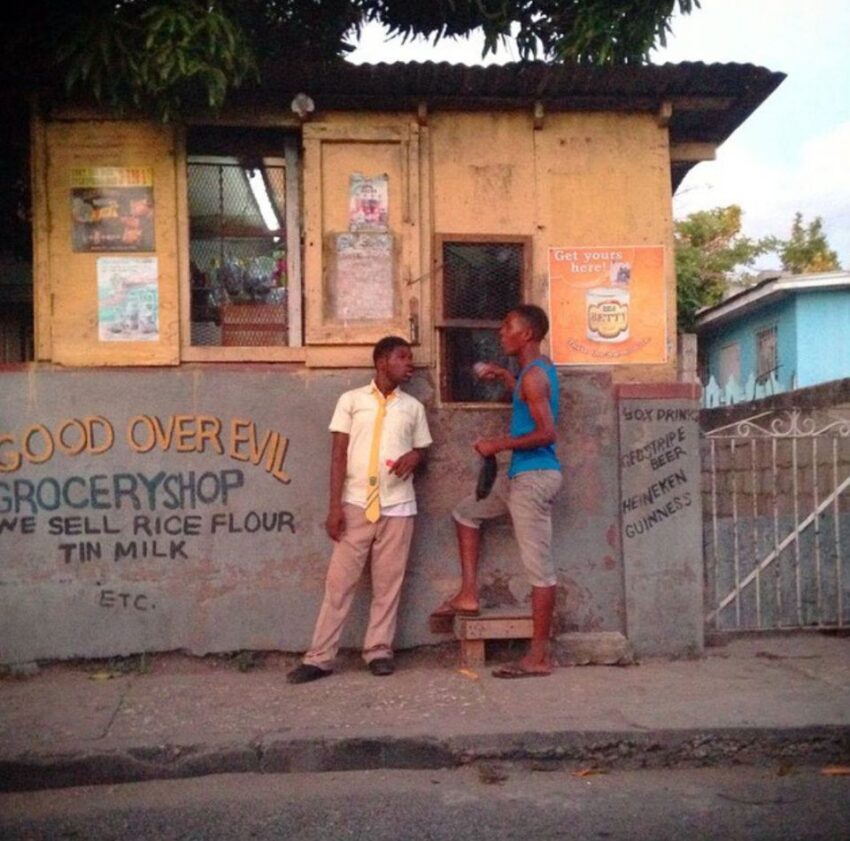 Kingston - Good over Evil is the name of this grocery shop - k.m. photo