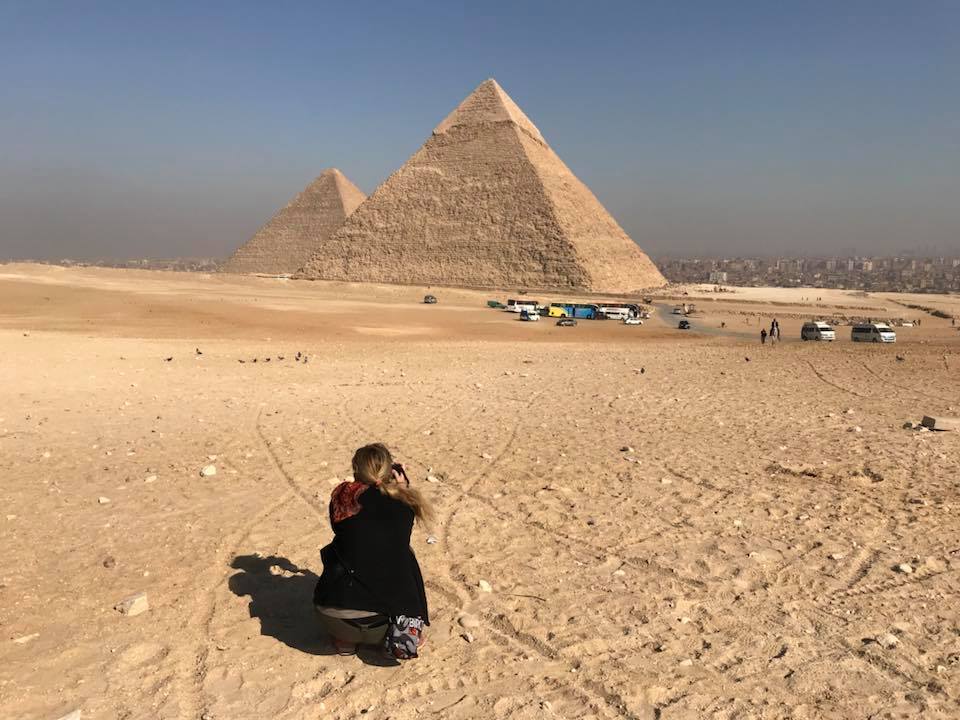 1.   The unforgettable experience of the evening Sound & Light Show in Karnak

2.   The moment I found myself face-to-face with the Abu Simbel Temple Complex –the Abu Simbel visit was a more memorable experience than the Pyramids in Cairo

4.   To be on the safe side – always having Antinel (a great local pill to prevent stomach problems) at hand

6.   Feeling happy that our kids could also see the pyramids

7.   The Coptic Quarter in Cairo

8.   The Tomb of Queen Nefertari in Luxor

9.   Vacation in Sharm El Sheikh, which we liked much more than Hurghada

10. The friendly Nubian locals in Aswan

1.   The polluted air, dirt and lots of trash in Cairo

2.   The permanent, ear-splitting honking in Cairo (drivers typically put one hand on the wheel and the other on the horn)

3.    The shamelessly cheating taxi drivers – I shouted the most colorful curses and insults in my vocabulary at one of them

4.   The desert landscape is exciting for five minutes, not much more

5.   No price tags in the supermarkets (a pack of pistachio is 1 USD in the morning and 2 USD in the evening – at the same place)

7.   Many hotels have dirty, messy surroundings

8.   The limited choice of cocktails in most of the all-inclusive hotels  - plus, too much sugar

10.  The annoying verbal and physical (touching) harassment that female tourists have to put up with 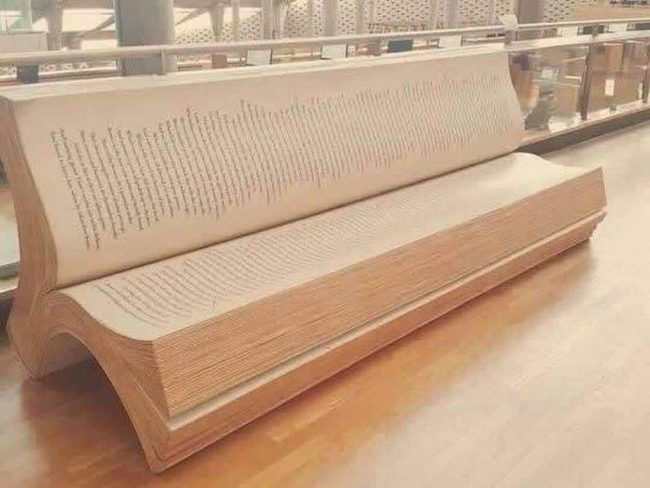 Likes
•    A culture totally different to that in Europe, so it sinks in quickly that you’re in a very different world, and not ‘at home’ in Europe anymore.
•    Gorgeous underwater habitats
•    The surrounding history. On the road to Luxor you pass unfamiliar, almost uncountable ruins – it would take weeks to visit them all.
•    Good weather is guaranteed
•    We took Antinal more or less continuously, and no viruses knocked us off our feet

Dislikes
•    Heaps of garbage everywhere
•    The unbearable desert heat
•    The complete absence of hygiene standards in some places
(B. I. 2018)

The prompt attentiveness of servers, and not everyone expected a tip
Many bazaars, where good-quality fakes can be bought at low prices
Neat, clean gardens
The spectacular underwater life
The many swimming pools of all shapes and sizes, and the fact that the depth is always written on the steps
Very precise daily cleaning of hotel rooms
You can buy internet data very cheaply at the airport, and in shops near hotels (around $6-7 for 4GB of data)
Increased security at airports and hotels
Heaven for anyone who enjoys haggling
Passing random camels on the road
Shisha bars
The cheap, reliable taxis by the hotels

Prices are never listed in any shop (so that a bag of pistachios can cost one dollar at noon, but two dollars in the evening)
Appalling traffic situation – everyone drives back and forth across the road, and I wouldn’t recommend hiring a car
Outside of hotels there’s a lot of garbage, and houses are very dilapidated
The all-inclusive cocktails are fairly monotonous
Everything is over sweetened
The risk of an upset stomach, or worse
The dim corridors and rooms in hotels, which of course helps prevent them getting too hot in summer, but is also a bit depressing
While we were sunbathing by the pool we were continually pestered by people looking for money

Some practical tips for visitors to Egypt:

- It’s good to arrive with plenty of one-dollar banknotes, because in most places waiters and bellhops expect tips. If you can’t get hold of one-dollar bills before arriving, don’t worry –bars are usually happy to swap a lot of small dollar bills for a larger denomination
- it’s worth buying internet data at the airport – you can get 4GBs of data for $5-7 – it’s sold on a SIM card which you can insert into any unlocked phone (but remember to bring a pin, because you’ll need to change back to your old SIM card on your way home)
- Dress in layers – it’s hot outside, but the air-con can make transfer buses decidedly chilly
- It’s recommended to drink a strong spirit after every meal, so as to avoid an upset stomach. It’s best to bring a bottle with you, as if you forget, it’s hard to find strong liquor in Egypt, and if you do the quality is unlikely to be great
- don’t worry about telling them not to put ice in your drink – ice-cubes are made from mineral water
- If you go on a quad-bike safari, make sure to bring sunglasses, and the kind of clothing (long pants, jacket, sneakers) that you don’t mind getting dirty, and which you won’t want to wear later on the trip. Also, it’s worth bringing a damp cloth too.
- If you need to take a taxi somewhere, it’s best to order a taxi from the hotel reception – it’s more reliable, and they can negotiate a better price on your behalf.
- If you’re going snorkeling, it isn’t necessary to bring all the gear with you – there are bazaars near all the hotels, where you can get snorkels and masks in unopened packaging for a very good price
(Helga, 2019) 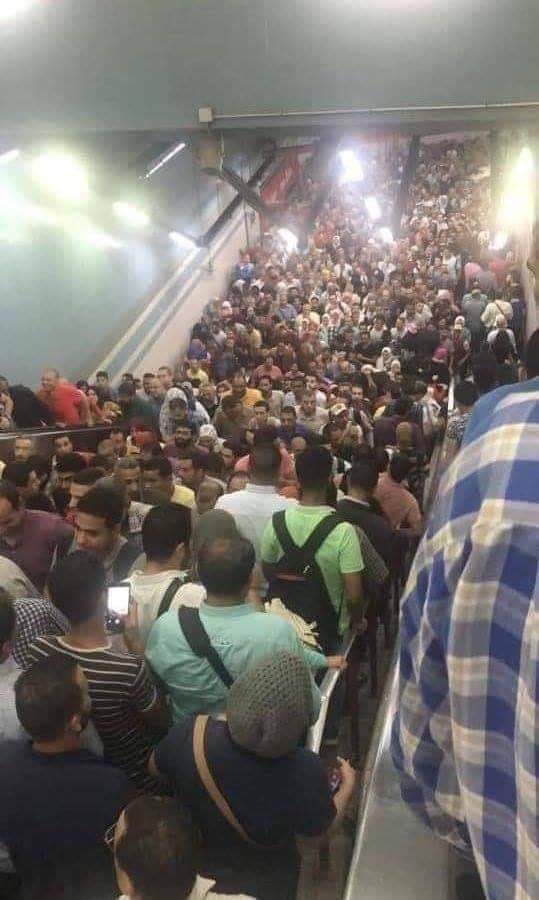 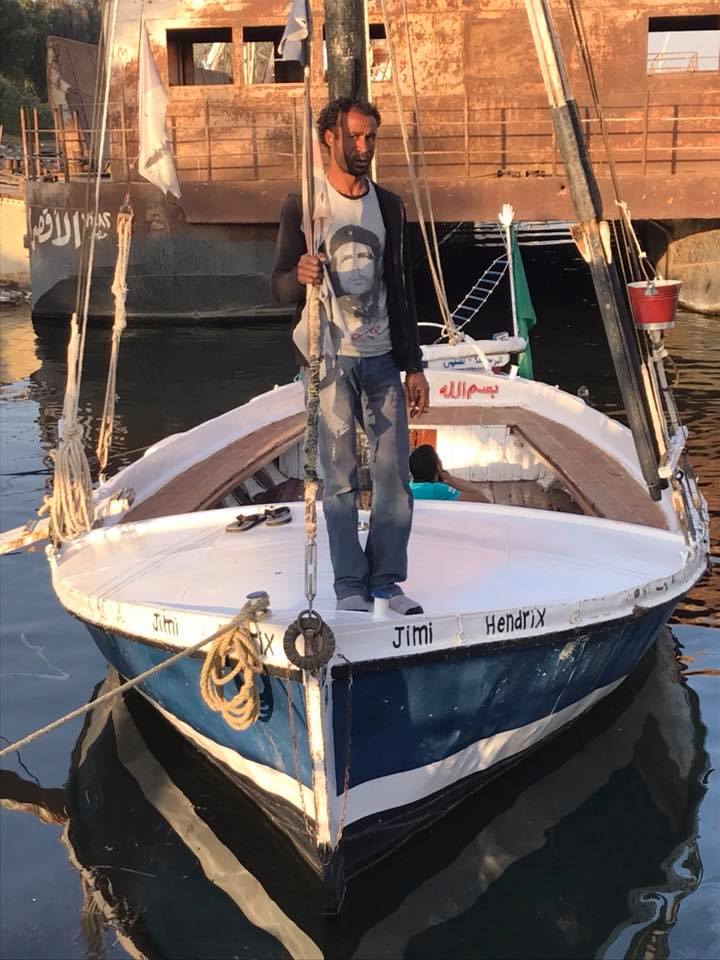 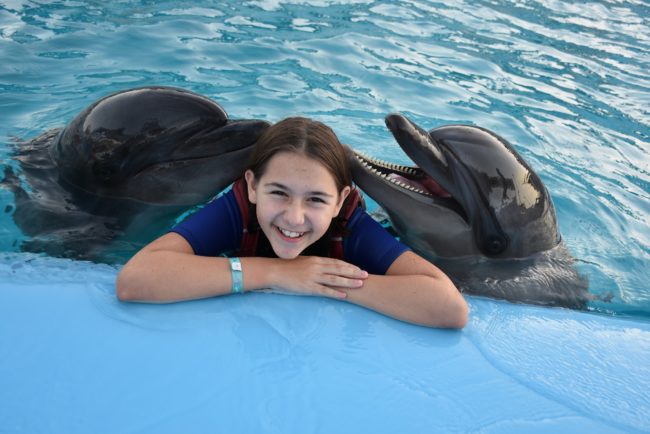 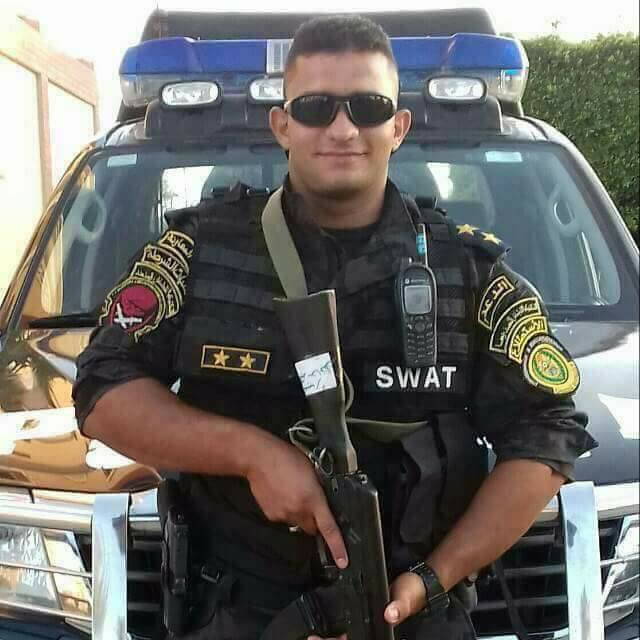 “There’s a great Egyptian medicine called Antinal, which you should get from the first pharmacy you come across. Don’t be afraid of it! If you order it from the hotel reception it will always be more expensive – perhaps two or three times the regular price. Be sure to always stick to the recommended dose, and use it as a cure, until it has completely disinfected the intestinal tract and cleared the bacteria from the body.” 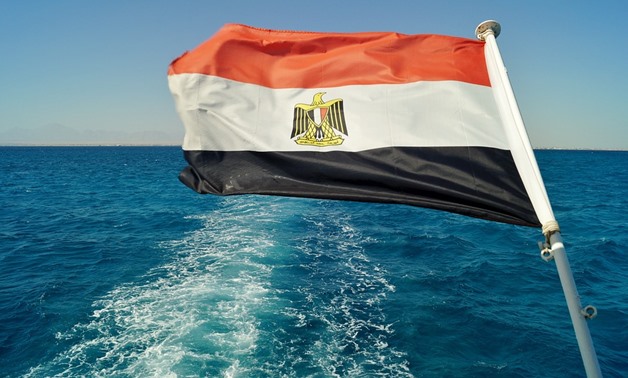 Egypt is a northeast African country and is commonly considered as part of the Middle East, a transcontinental region. Neighbors: Libya (west), Sudan (south), Israel (northeast, at the Sinai Peninsula). Egypt has both a Mediterranean and a Red Sea coast.

Desert covers over 90% of Egypt’s territory and the country receives only an average of 20mm of rain per year.

Ethnic Egyptians make up 95% of the population of Egypt and include Christian Copts (there are no precise data about their numbers but there are about 10 million of them by some estimates).

The official name of the country is Arab Republic of Egypt. However, many Egyptians prefer to call themselves simply Egyptians and some shun the Arab label completely.

Most of Egypt's Copts insist that they are the purest bloodline descending from ancient Egyptians. A Copt put it this way: “I maintain that I am not an Arab. I'm an Egyptian, one of pharaonic descent. The only thing that ties me to the Arabs is the Arabic language."

Religions: 90% of the population is Sunni Muslim (Islam is the official religion), 10% is Christian

Egyptian women cover their arms and legs to maintain their modesty and dignity.

Many Egyptians believe that having girls brings opportunities for a better livelihood. Although most Egyptians prefer to have boys because they can depend on them for working and carrying on the family name and business, girls are still believed to bring more wealth than boys.

For a beach holiday at the Red Sea: anytime, but in the case of Hurghada, preferably outside wintertime

Egypt is a safe country anytime terrorists are inactive (luckily they mostly are). Tourists should be more concerned about indigestion than terrorism.

Last but not least, an essential piece of information related to Ancient Egypt:

King Tut’s mummy was buried with an erection. Nobody knows exactly why, but Tut is the only Egyptian ruler who insisted on being mummified with a raging hard-on. There are many theories, some crazier than others. According to one theory, the erection might not really be his. Some people think that his embalmers switched his real member with that of a more impressive donor.

•    The Egyptians are extremely proud of their famous history and cultural heritage, which of course stretches back thousands of years. They have an expression, ‘Masr ummi dunya,’ which means ‘Egypt is the mother of the world.’
•    They like to emphasize that they are not the same as the Middle Eastern Arabs, and are proud of their ‘African-ness’. Despite speaking Arabic as a first language, many don’t like to identify themselves as Arabs – indeed, many Egyptians are not in fact Arabs.
•    Egyptians (if they can afford it) love gold jewelry, so it’s no coincidence that there are jewelry shops everywhere.
•    Most Egyptians are not particularly devout in their religious practices. Most (though not all!) women wear a headscarf, but this is often less a sign of religious devotion than of societal or familial expectations.
•    65% of Egypt’s population is under 25, and the lifestyle of these young people, particularly in cities, is relatively Western. A more conservative mindset is generally characteristic of the more rural and elderly population.
•    The Egyptians almost all turn into maniacs when they get behind the wheel of a car, but otherwise they’re generally good-hearted, friendly and helpful. It is a very family-focused culture, and they adore children. Tourist families travelling with young children are guaranteed a warm welcome.
•    The level of obesity among Egyptian women is the highest in the world. 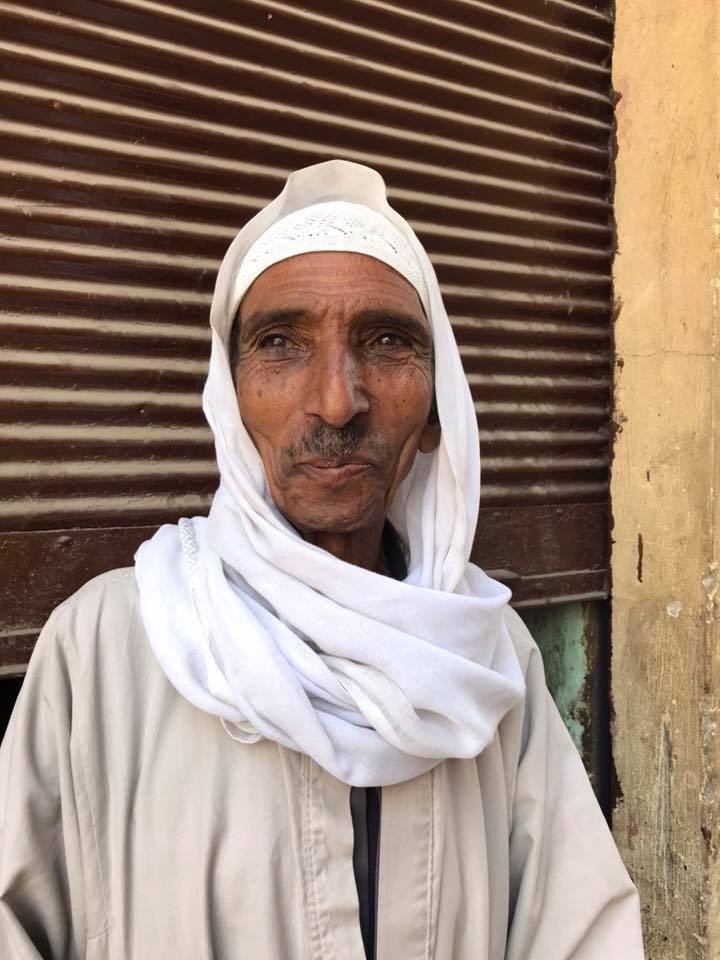 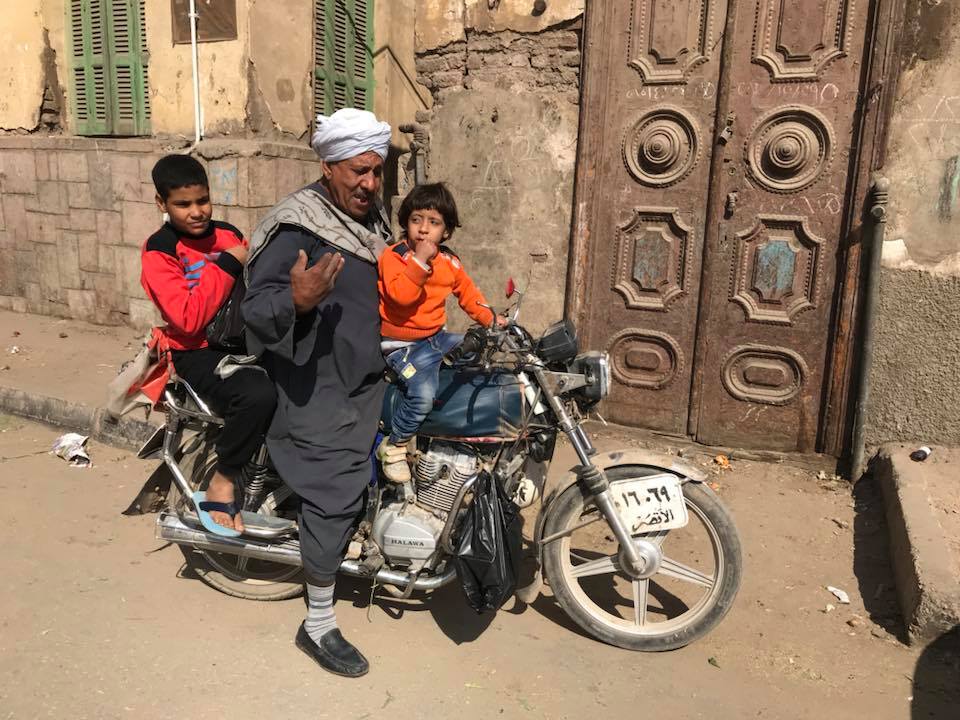 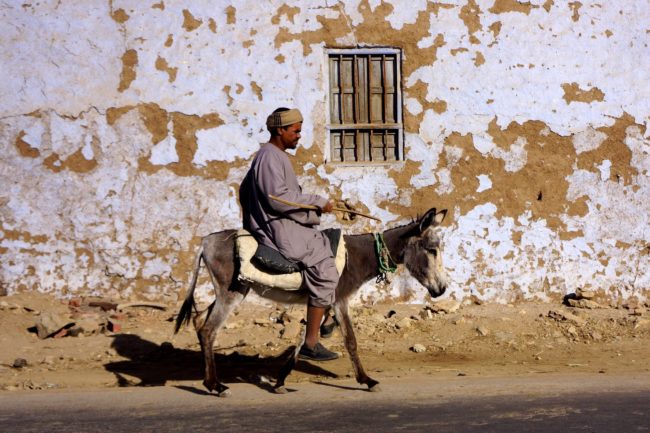 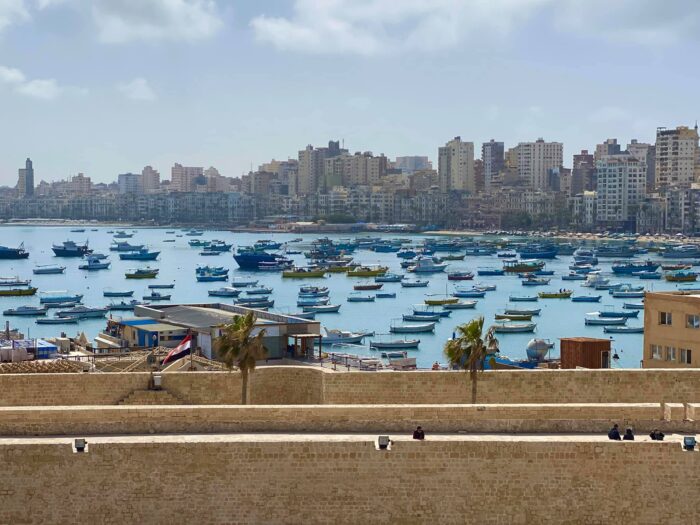 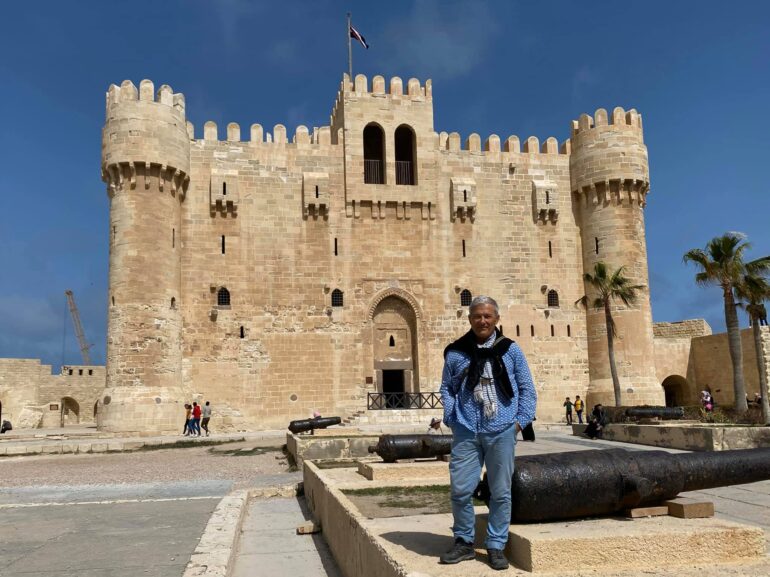