1. The first-rate, fine Tunisian cuisine, the diverse ways they know how to prepare vegetables

2. One of the most educated people in the Arab world, locals are very welcoming

5. Matmáta is a must-see for Star Wars fans (many scenes, like those taking place at the Lars homestead, were shot here and at other locations in southern Tunisia in 1976)

8. The white sand of Djerba

9. Unlike on the Turkish Riviera, many vacation hotels are close to shopping and entertainment areas

2. Too many hotels were built in some areas (wild overdevelopment)

3. The hotel categories do not correspond to European standards (minus one star at least)

4. Many Tunisian young men seem to think tourist girls will fall for them (the frequent setbacks do not seem to discourage them in the least)

5. Many hotels are not renovated and disappoint vacationers

6. Jellyfish in the summer

7. When we were leaving and I had to exchange my remaining local money, the exchange rate at the airport was outrageous

8. The pushy salesmen repeating their bullshit lines like parrots

9. Mediocre food in many hotel restaurants

10. The unpleasant, pushy way some locals demand their tips

11. in Tunis, the bulging eyes of men staring at me, though my dress was not provoking at all 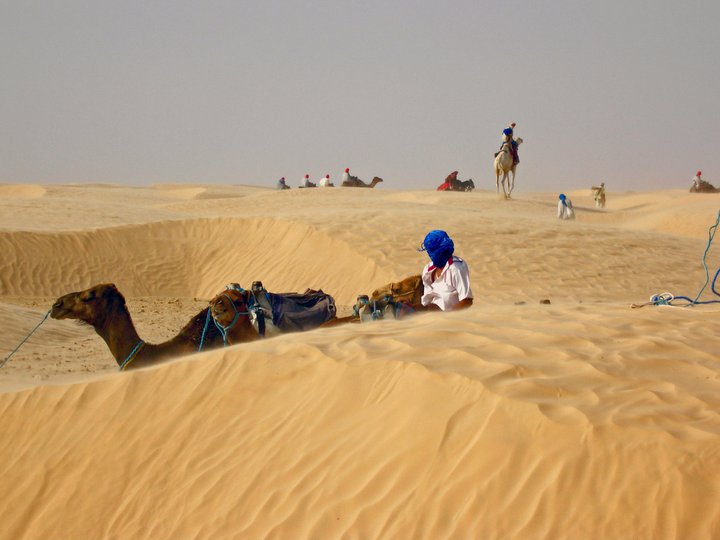 “Apart from the hotel, there was almost nothing to see in the area. There are two shops next to the main road and a sit-down café-type place. Not very encouraging. What I really didn't like about the country is that you can see huge mountains of garbage everywhere. Goats graze on more or less nothing right next to the highway. A cow is tied up in front of the store. We even joked that at least you know the milk is fresh. :) We made the trip to Tunis in about four hours. There are too many police officers and roundabouts that slow down the traffic. The capital offered a special experience. We didn't dare go into the side streets, as they didn’t inspire confidence. In Carthage, we used a public bathroom, which was very funny: a man sitting in front of it offered toilet paper by picking it up from the dirty, dusty floor… :)
It struck me as strange that this country which is so close to Europe is so neglected. But I don’t want to continue picking faults with a country that deserves a better fate.” (Judy, 2017)
________________________________________

“We couldn't exchange money because the airport ran out of currency... I definitely recommend buying Tunisian dinars in advance, because the moneychangers like to trick unwary visitors.
To a European, Tunisia may seem like a bit of a mess, but more discerning travelers should be aware that they are going to another continent, with a different culture and different people. I really liked the whole milieu, the smells, the people, the queues in the bazaar, and the small local cafes. It's strange that you can smoke everywhere.
We were escorted by the police on every trip, which worried me a little at first, but they were quite inconspicuous, so soon it didn’t bother me.
I really liked the optional programs – the Cap Bon peninsula was particularly beautiful, and we had lunch in a local – and very exclusive – fish restaurant called El Mansoura, in Kelibia. Sidi Bou Said was also fantastic.” (Fanni, 2018)
________________________________________

"Tunisia was a disappointment for me. It's like the whole thing is basically a giant dump. Piles of garbage everywhere – and I mean everywhere. Lots of unfinished houses, lots of idle people and dirt. There are also aggressive guys selling stupid kitsch everywhere, and it's frustrating. All in all, I’d say that the only reason people go here is to admire the famous sites, be it a desert or an oasis salt lake – it’s not because these people here earn tourist money by their hospitality.” (2018)

"Until this trip, Tunisia was pretty much about the all-inclusive hotel and the beach for me. It didn't really attract my attention before, and I might never have chosen it as a holiday destination myself. Tunisia is full of surprises and can offer many cultural experiences – even though of course in a week you can only scratch the surface. It is a rich country full of opportunities for excursions. What’s more, it can serve several different types of travelers: those who want a large beach and a swimming pool will find hotels like that; lovers of active vacations will easily find adventures, and those hungry for culture and history are also well served. In addition to these many positives, it is incredibly cheap, so anyone who is a big fan of souvenirs and local specialties should definitely bring a large suitcase.
For families, there is the option of choosing a hotel you don’t have to step outside of, simply because it takes several days to explore the hotel, satisfying all your needs (shops, beauty care, restaurants, etc.), so those who find it difficult to go anywhere with children don't even have to leave their accommodation.
I must mention Ramadan, which, except for our last two days, coincided with our trip. The great advantage of Ramadan was that there were fewer people roaming the streets, and the people who were out were quieter and more reserved. I’m not sure this really counts as a disadvantage, but we really felt it when it ended. The streets were full, there were four times as many people in the hotels, and the locals became much pushier and less discreet.” (2019) 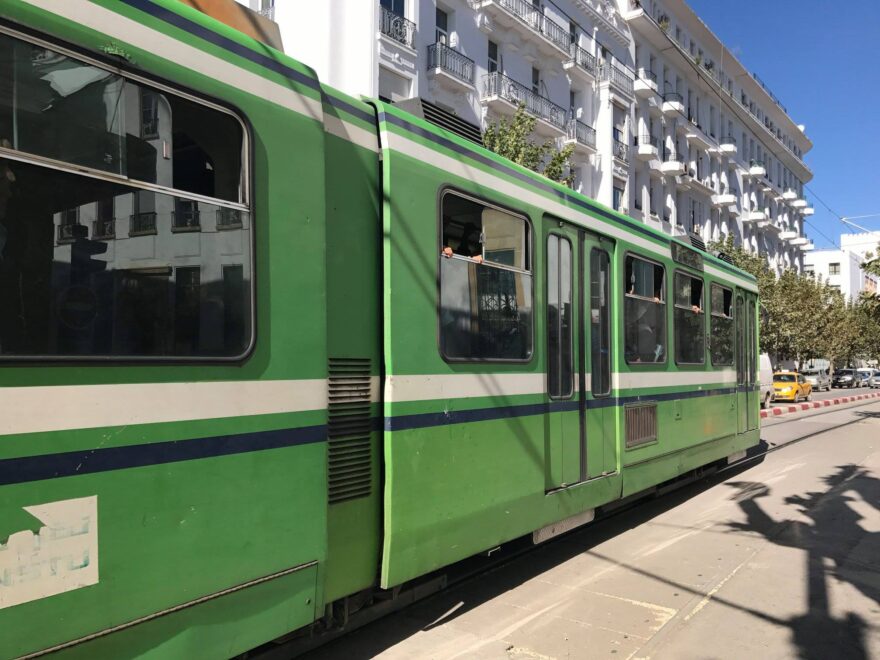 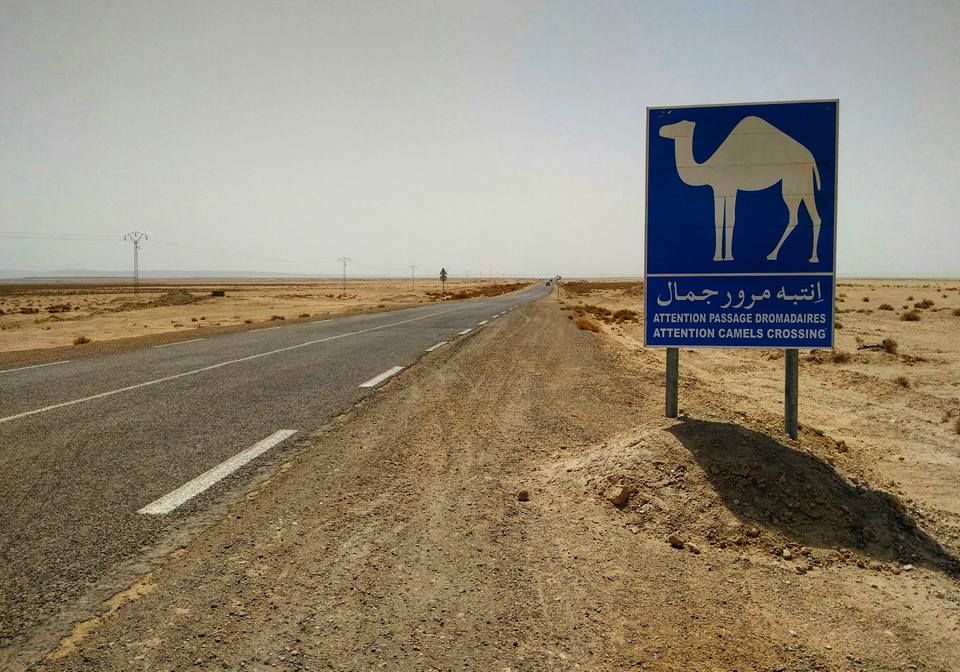 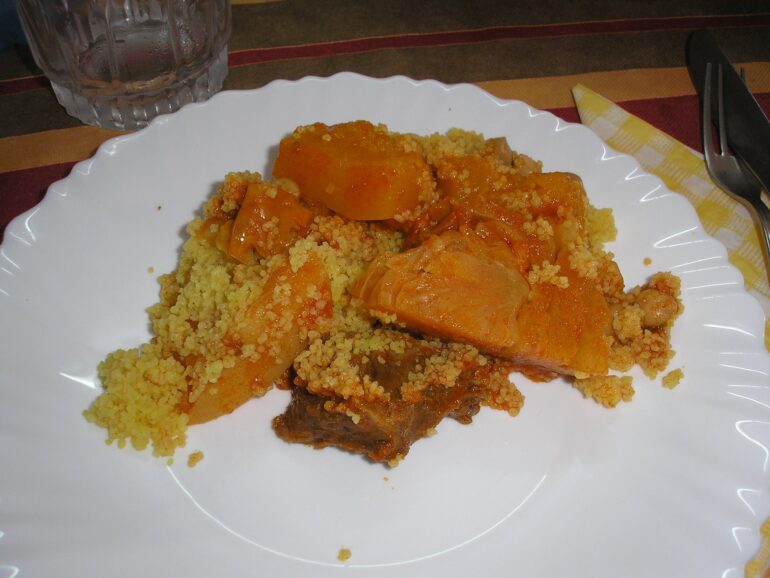 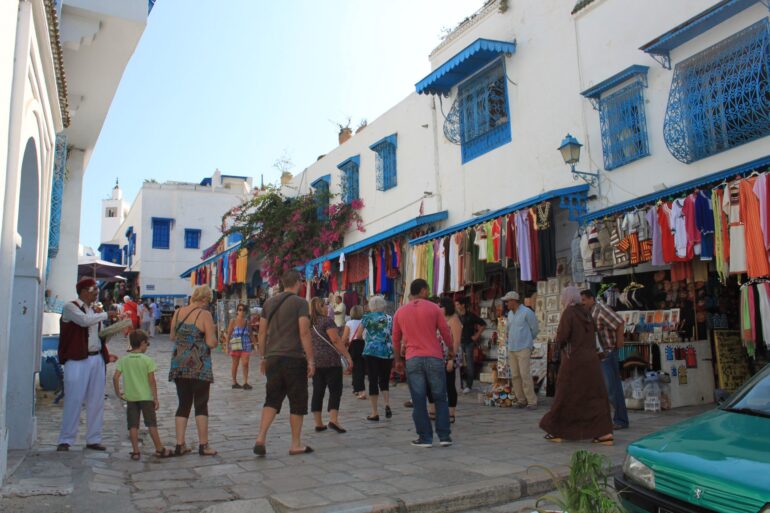 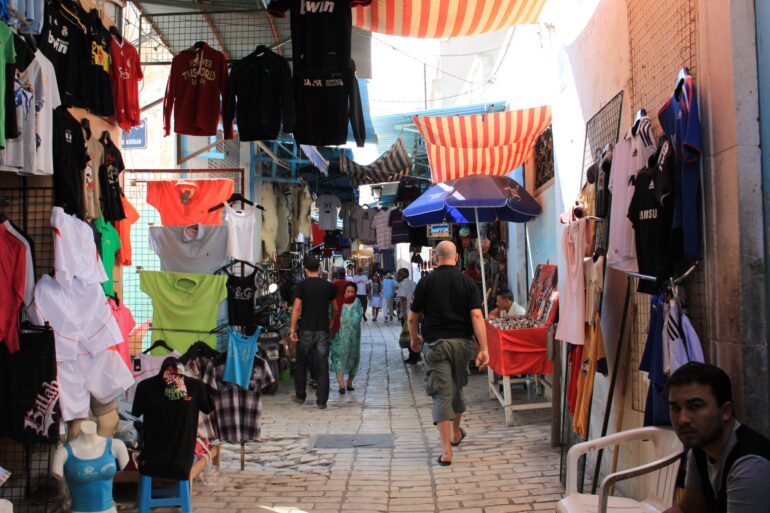 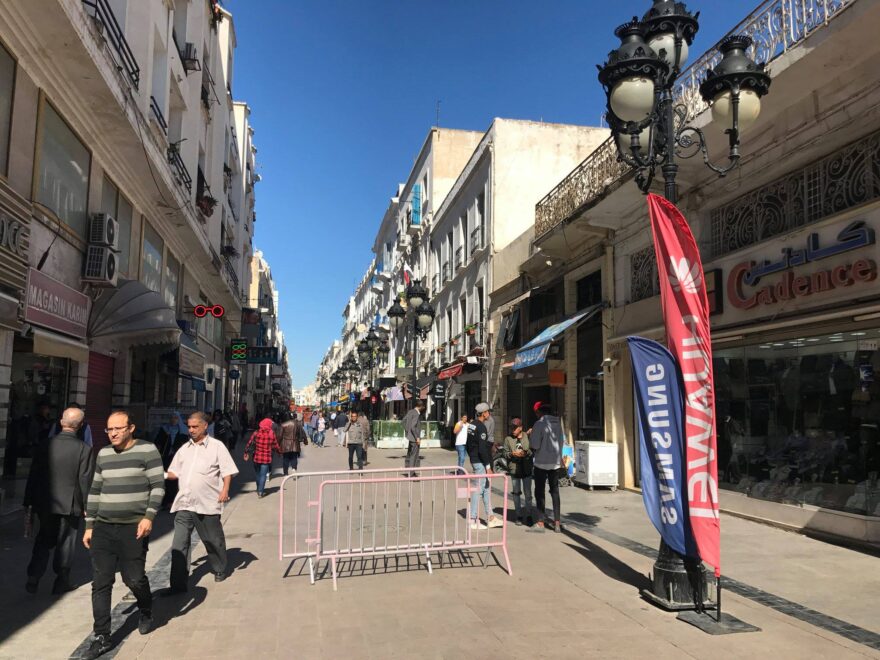 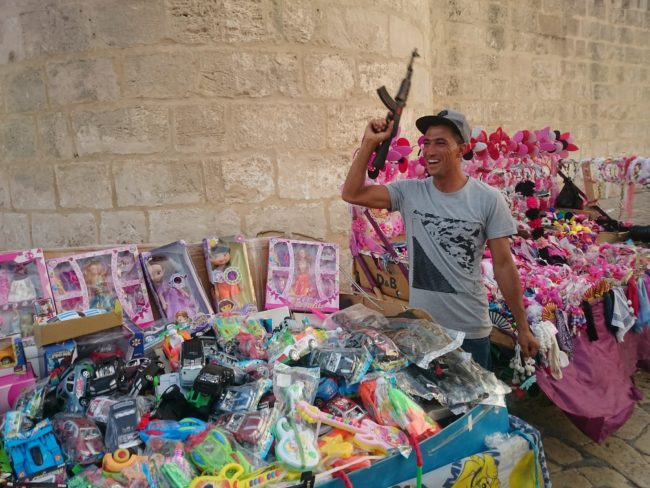 “The most important thing is the water! It’s the same thing people always say, yet holidaymakers too often forget: due to poor sewage conditions, the water in Tunisia is by no means as clean as what we are used to at home. The local people’s immune systems are already used to the infectious viruses in it, and they don’t have any trouble with it. However, tourists who come here can get terrible diarrhea if they are not careful – and most of the time they do. If you want to avoid discomfort, be sure to observe the following: take anti-diarrhea tablets and ampoules to restore the intestinal flora of your stomach. Never drink water, soda, or fruit juice that is not bottled and opened by you! Never ask for ice cubes in your drink, or, if they give you ice without asking, ask for another drink. Since vegetables and salads are washed with the same infectious water, all the germs will inevitably end up in your body. You can only protect yourself against this with concentrated alcohol - this is the best and safest solution. Drink a small sip of brandy every morning and evening (or before meals), which disinfects your stomach. Anyone who has tried this method so far has always managed to avoid both major and minor problems.” 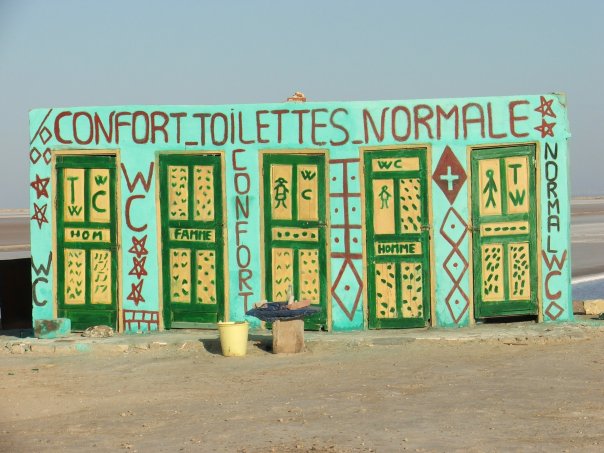 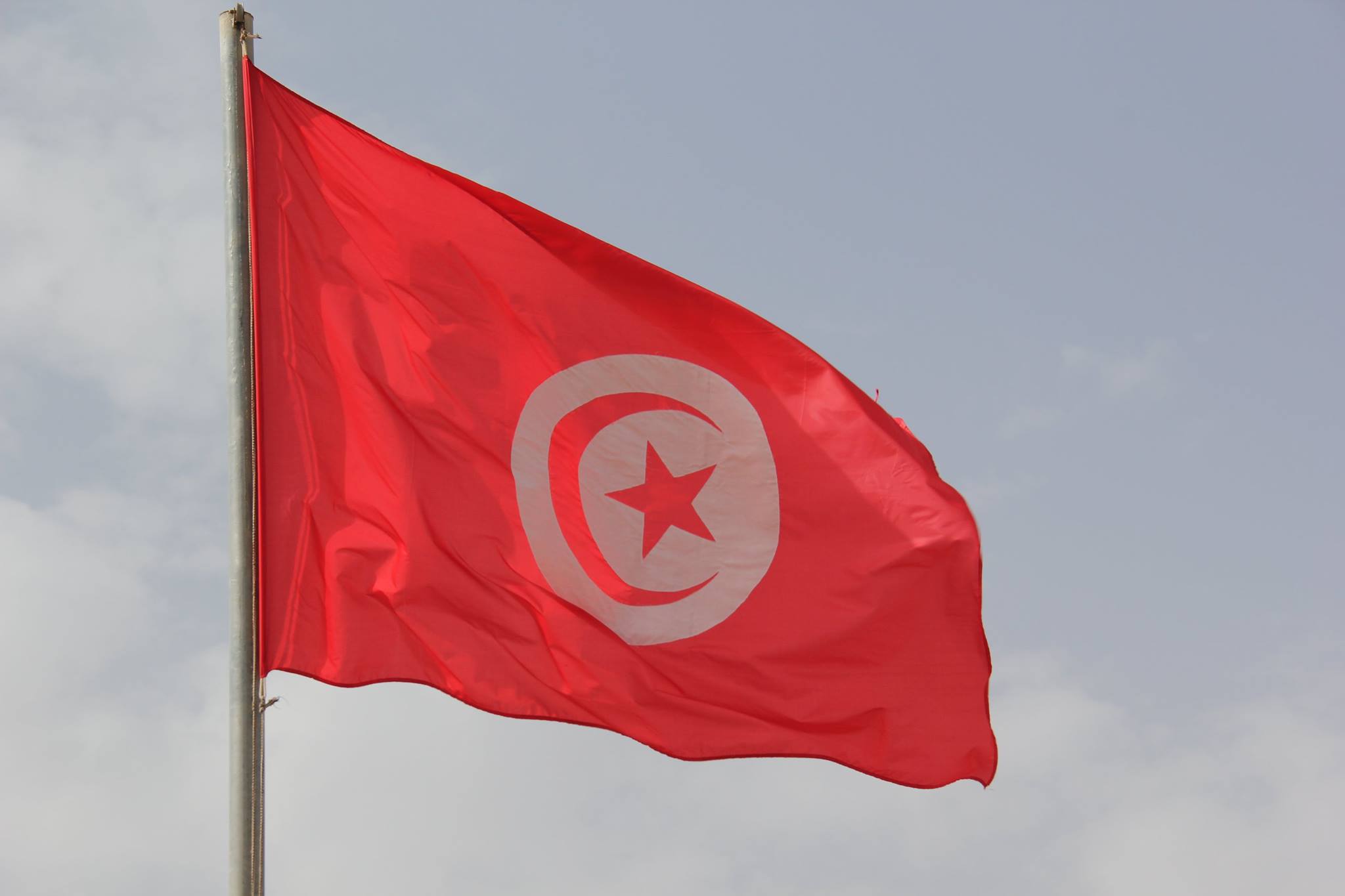 Tunesia is a Mediterranean country in North Africa, and one of the so-called Maghreb countries. Neighbors: Algeria (west, south), Libya (east, south)

Languages: Standard Arabic is the official language, but the Tunisian Arabic dialect (Darija) is used in everyday communications.

“Tunisia holds the title of the most liberal Arab country. The people are friendly and hospitable towards strangers, so long as they experience goodwill in return. Still, ladies can expect to be offered hundreds of camels for them in the bazaar, and men will confess their love to them after five minutes of acquaintance. Hell, it’s a bazaar! Bargaining is expected. In the hand-woven carpet shops, visitors are seated first. Then they are served sweet mint tea, while they are shown more and more beautiful carpets, for which the prices really are quite steep. Then you have to bargain. This is also part of the show. The younger Arab girls already wear heavy make-up, short skirts, and revealing tops on the streets, which is not a common sight in other Arab countries. Here, only the elders observe the strict dress codes of Islam. If someone is invited into an Arab house, often the head of the family himself offers alcohol, which is forbidden by the Muslim religion.”
________________________________________

“In Tunisia - even though ninety-eight percent of the population is Muslim - they wear their Islam quite lightly. You see very few veiled women, while great wines, fig brandy, Celtia beer (and even combinations of these!) are almost considered a national drink, although it is true that booze is sold in shops rather in the way porn movies are sold at home: in the most secluded corners, only by special request, and the seller discreetly puts your purchase in a black plastic bag. There are supposedly corner pubs in the dirtier alleys, but these are really only frequented by down-and-outs. In Tabarka, like everywhere else, the real social life takes place in the cafes, where the all-male audience can discuss the most important matters over coffee or mint tea, sipping on hookahs (honey, strawberry or peach-flavored tobacco) and, when they run out of topics, the cards come out. Rummy is the most popular, and the loser buys the next round of drinks. Games for money are normally played in private homes.”

“There is perhaps no friendlier catering venue in the world than the Arab coffee house. No shouting, no craziness – at most they say something funny to the lost female tourists – or at least everyone usually laughs at it. If you want to see something exotic, it is better to stay at the hotel, where there is a Berber show, belly dancers, and Arabic music performed by employees dressed in national costumes, although the biggest attraction is when the director of the establishment, with the help of some bellhops, presents hilarious live images of the hotel industry from everyday life, including cleaning, changing the bed linen, and serving dinner. On the other hand, in the coffee house, if there is music, don't even expect authentic folk music; you’ll only hear recordings of local pop stars – who are generally somewhere halfway between the more commercial dance singers of the sixties and gypsy music, only singing in Arabic. These stars include Fadela, Cheba Jamica, Asri, Gana el Maghnaoui and Mohamed Zamine, but the biggest is Omar ‘Amoro’ Diab, whose song Habibi (My Love) drove half of Tunisia into a frenzy: when he performed in Carthage, female fans threw their panties onto the stage, for which one would at minimum be stoned in the surrounding countries.”

“There is no traditional folk dress in the attire of café guests: regardless of age, the light shirt, cloth pants, and Chinese slippers or slip-on shoes with buckles or ankle straps are almost the uniforms. One can’t get away with that sort of footwear in Europe, but here it is completely logical: it is still easier to get by with such shoes at the mosque during prayer than, say, in Doc Martens. Although there are a lot of hairdressers, it seems that they only teach one type of hairstyle: short. Those looking to push the envelope might at most grow a mustache, but beards or sideburns are a no-no.” 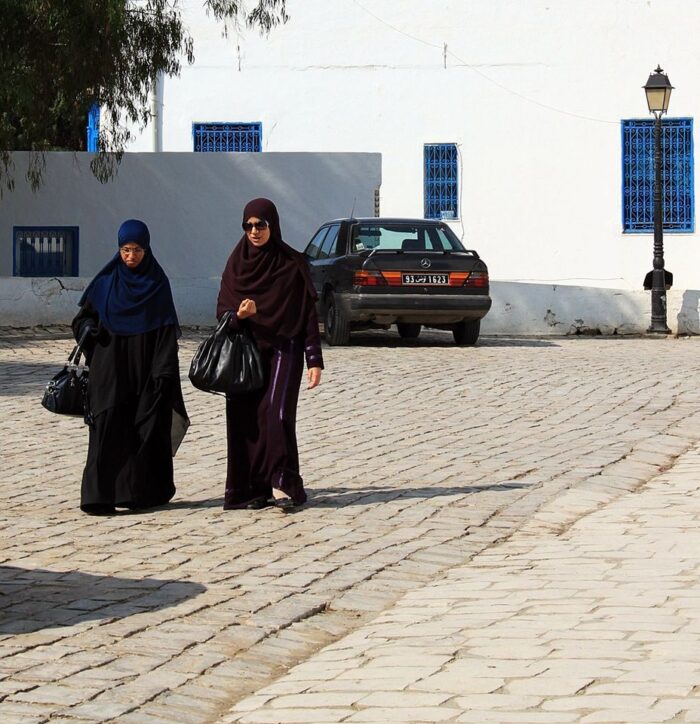 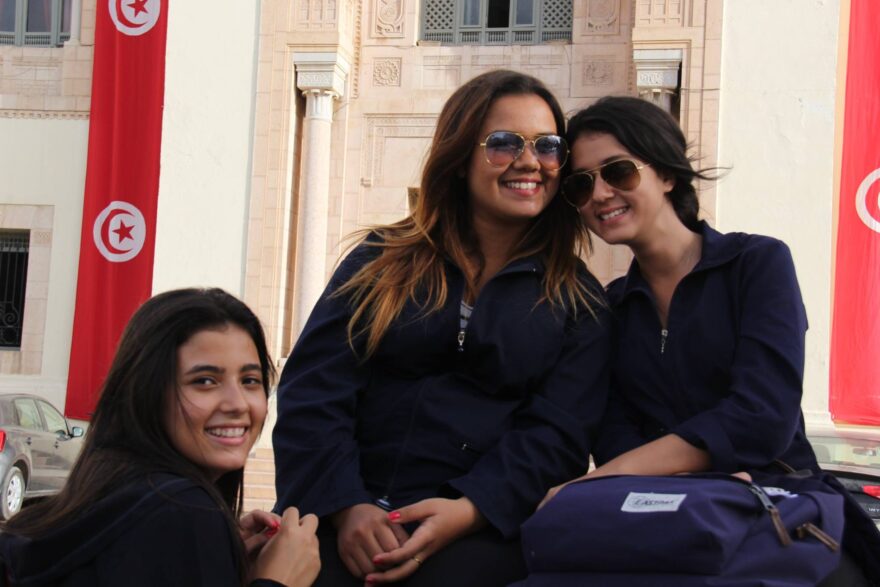 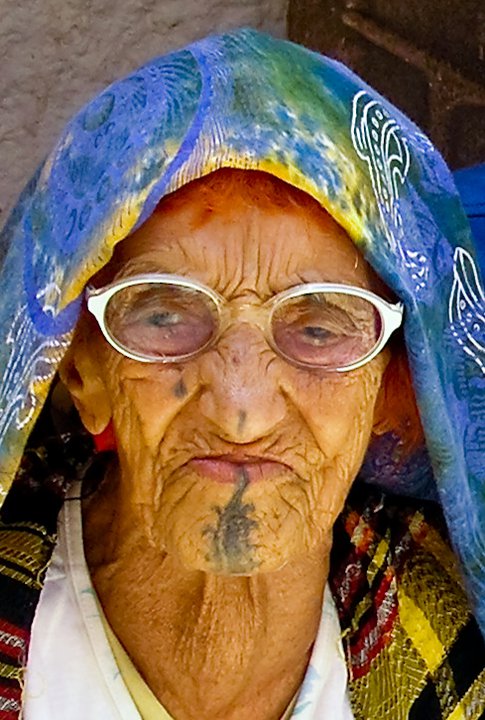 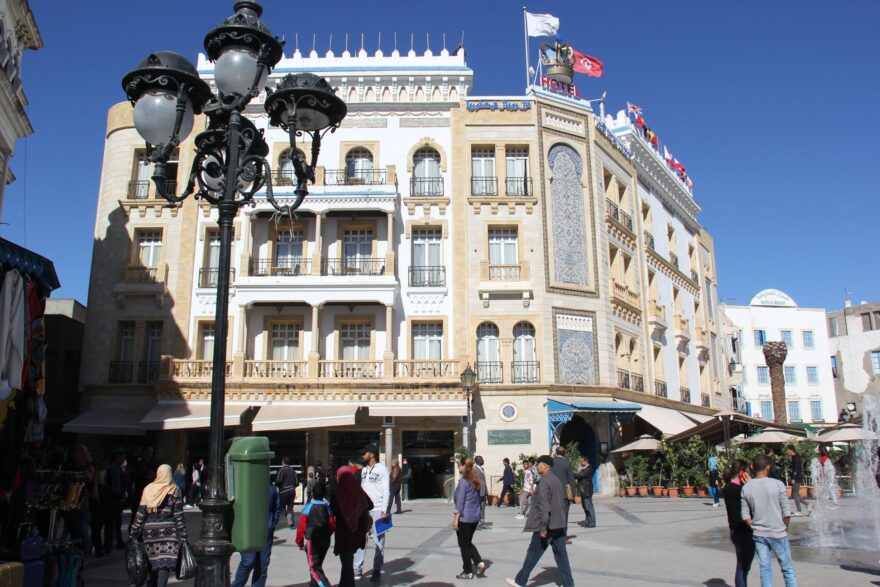 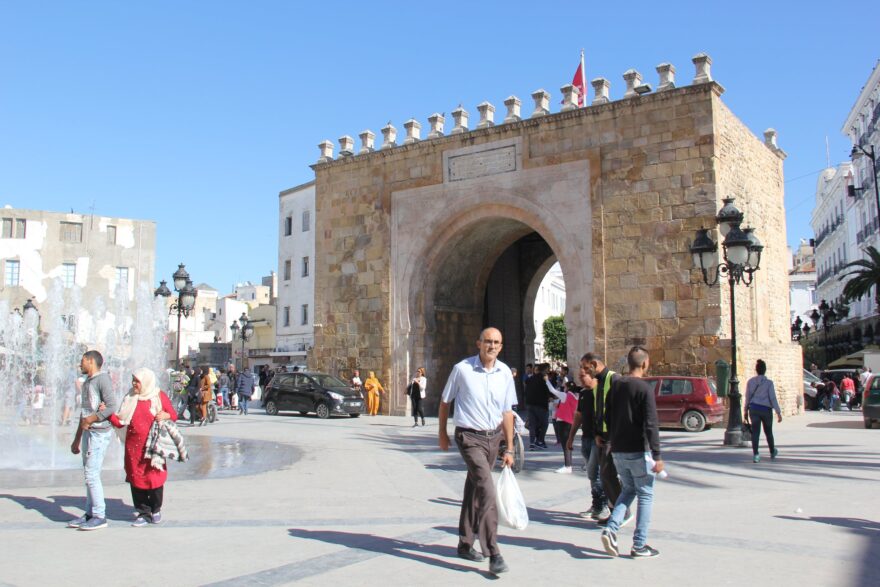 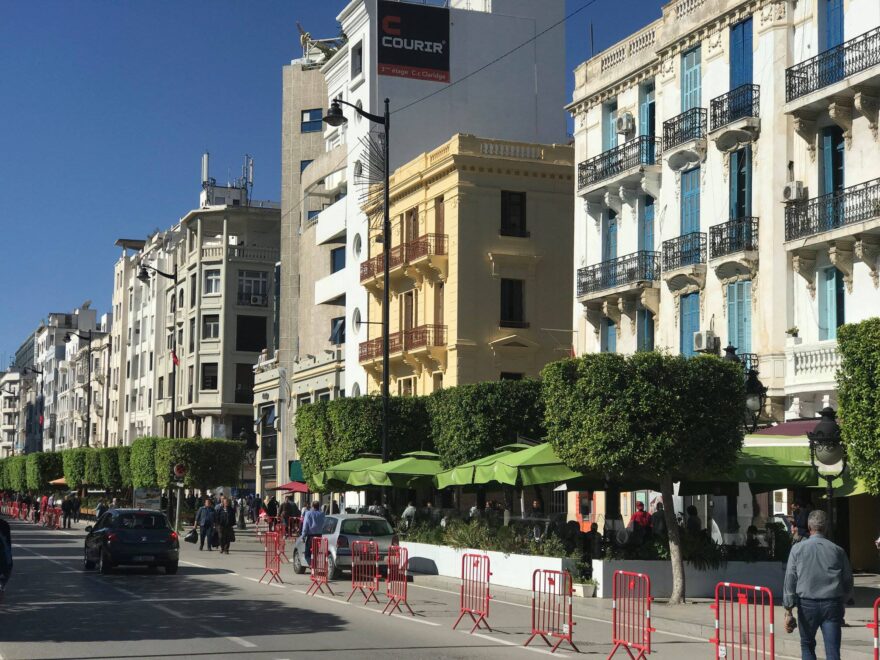 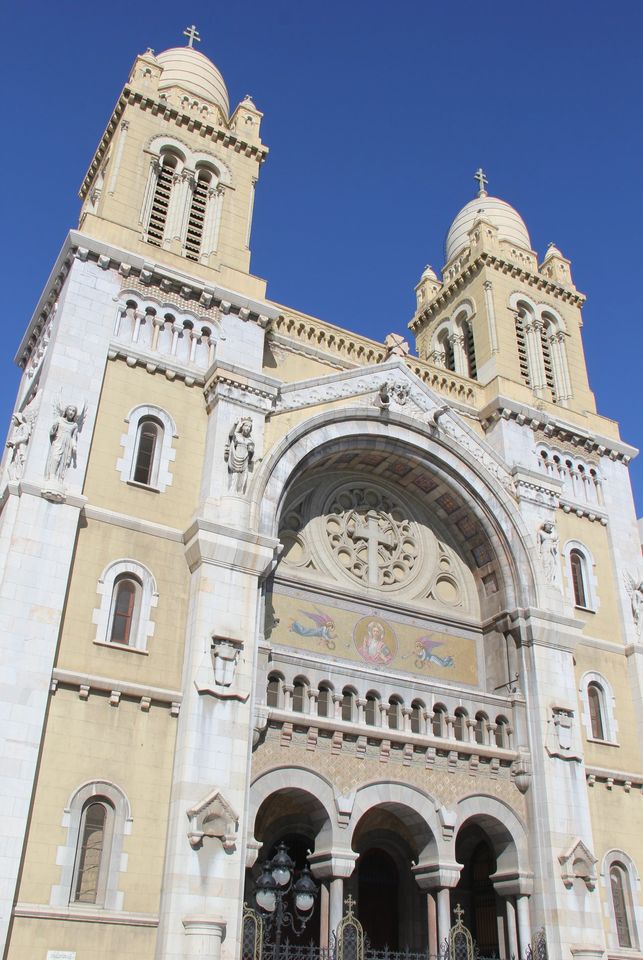 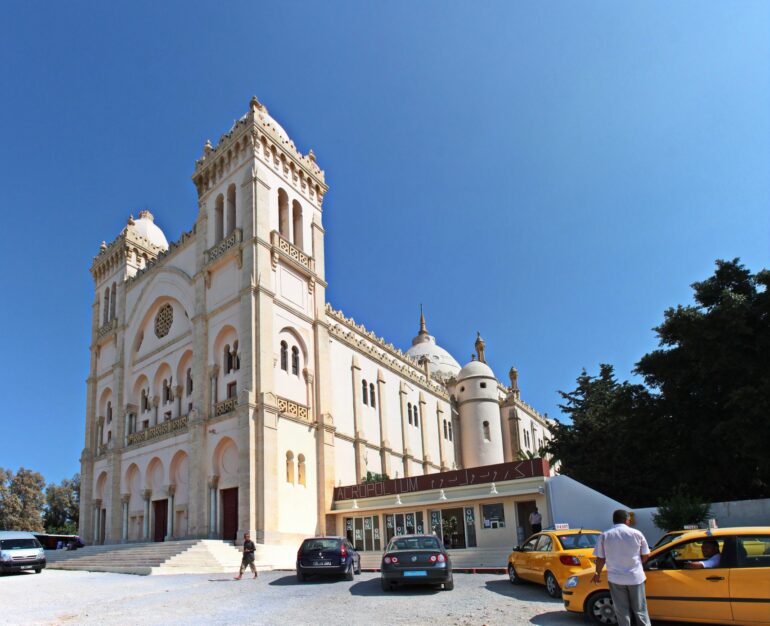