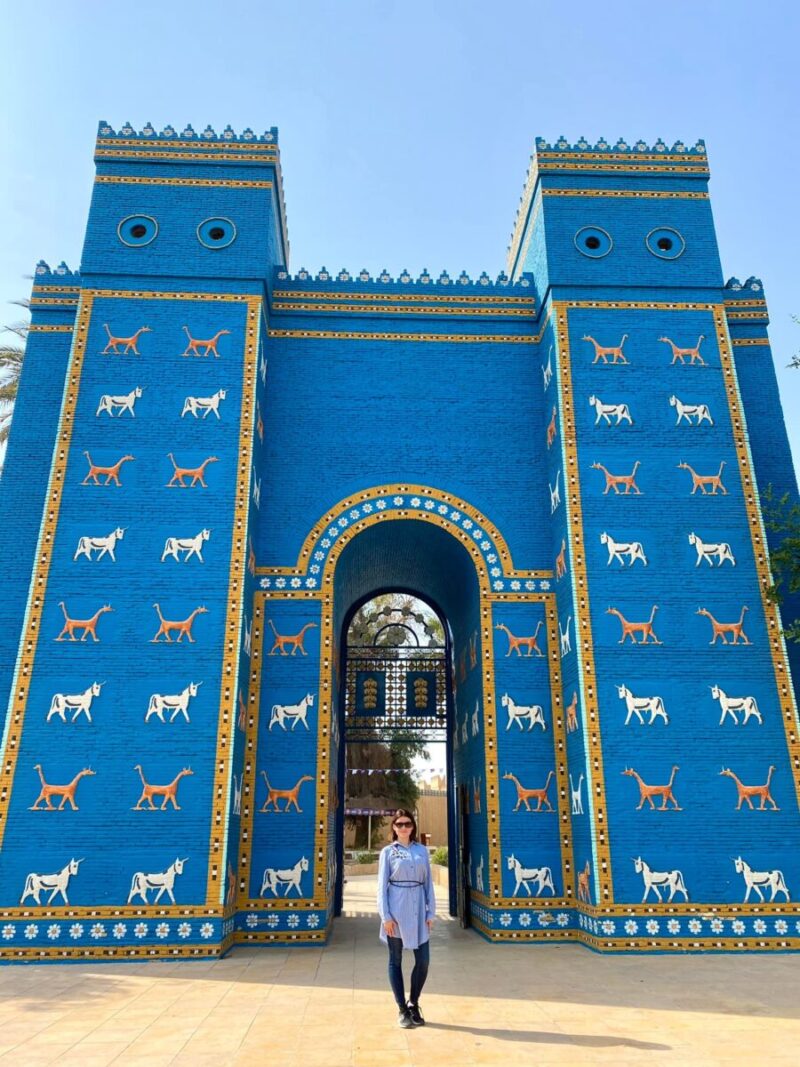 1. My hope that Iraq could be a tourist destination again within a decade 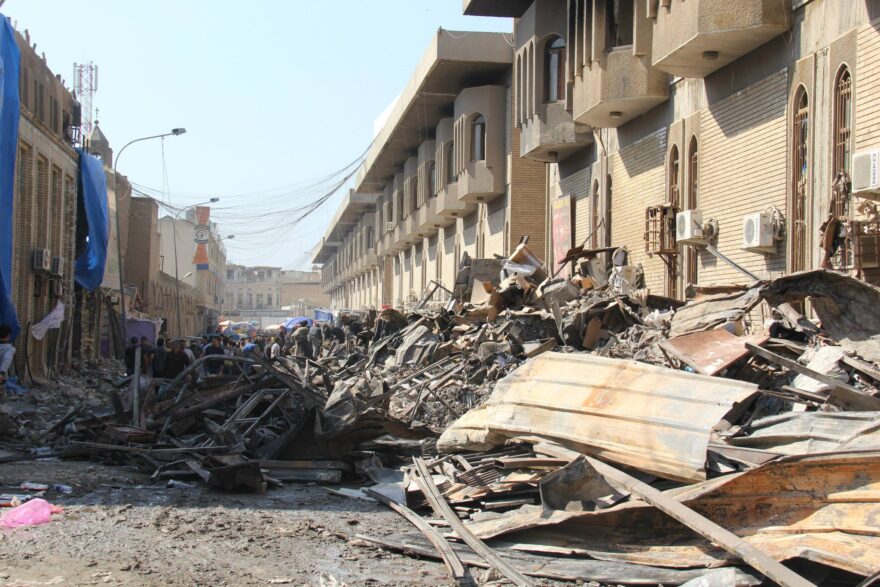 1. That my hope has little realistic basis 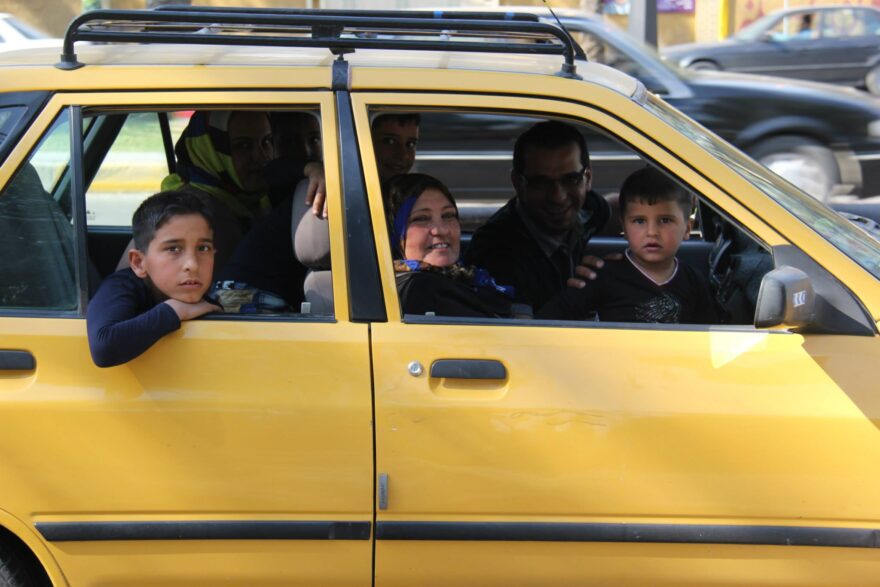 “I visited Mosul, the former Iraqi capital of the Islamic State, in March 2022

Mosul is the second largest city in Iraq, and one of its oldest settlements. It has always been famous for its mixed population: Arabs, Syrians, Armenians, Kurds, Turkmens, Jews, Christians, Muslims, and Yezidism all living together. Mosul was home to an ancient Christian community with a rich heritage, and every Christian denomination had its own church. It is known that a significant Jewish population lived here, most of whom were forced to leave Iraq in the 1950s, with most fleeing to Israel.

It stands on the banks of the Tigris, opposite where ancient Nineveh once stood.

Mosul was attacked by ISIS on June 4, 2014 and was captured by the extremist Islamists after a few days of fighting. Many of its inhabitants were forced to flee, but more than half a million people remained under the administration of the caliphate.

The bridges connecting the right and left banks were blown up, making it impossible to cross from one part of the city to another. Without access to educational institutions, most children stopped going to school for several years. Religious minorities were forced to either convert, leave, or be killed. There was no electricity, no water, and infrastructure and healthcare collapsed. The situation was even worse in the old city of Mosul.

ISIS held the residents of Mosul under its sway for three years, until in July 2017 the Iraqi army liberated it with the help of foreign forces.

In March and May of 2022, when I visited Mosul, I was struck by how many ruined buildings there still were, suggesting that the scale of the destruction may have been so great that it almost leveled the downtown area.

As I wandered down the narrow streets, among the ruins I discovered architectural gems, including ornate arches, doors, and domes that hinted at Mosul's former charm. I met a man who told me to follow him and opened a locked door with his key. It turned out this was his house. It was in terrible shape. As we got closer, he pointed to an ornately carved alcove. He beckoned me closer to show me what it used to be like. The house next door has already been renovated, and he says his will be too.
Then another man approaches me and asks: ‘Are you a tourist?’
‘Yes, I am.’ I answer.
He beckons me to go with him. He also takes me to his house, all the way to the bedroom door where his wife and daughter are sleeping. He wakes them up and introduces them. Their eyes light up and the mother immediately puts a nice dress on the little girl and asks me to pose for a photograph with them. After the photo, we say goodbye and the little girl goes back to sleep.

I go further and see more beautiful examples of already renovated houses standing next to the ruins. A UNESCO poster indicates that they are in charge of this area. An employee enthusiastically approaches and asks if I would like to see a traditional Mosul residential building that has been completely renovated. It is very good to see this, because although the effects of those terrible years are still visible in Mosul, the focus is now on a positive future.

There is life and smiles again. The waiters and taxi drivers take photos with visitors, they are happy to invite you to tea, and the bazaar and fish market are not empty anymore. A band plays classical music in the cultural center, which seems like an oasis in the old town. I climb the citadel to see the view out across the Tigris River, where I can also see the bridges being rebuilt.

The old town is still dark at night, and only a few restaurants are open. However, the intensive construction work indicates that big changes are coming in the next few years. And I’ll be back to see them.

Is this catastrophe tourism? I think not. If you really want to get to know a destination, you don't just visit the ‘showy’ sites, though Iraq has plenty of those: mosques that shine like diamonds in Karbala and Najaf, the minaret of Samarra, the restored ruins of Babylon, or the historical buildings of Baghdad. It is at least as important to learn along the way. And the recent destruction of the Islamic State is an integral part of modern Iraqi history. Seeing the reaction of the locals, there was no question that for them the presence of tourists is a sign that they can live a ‘normal’ life again. The bridges spanning the Tigris River will soon be completed, and churches, mosques, and houses are being reconstructed. Though much that one sees in Mosul is heartbreaking, it radiates an atmosphere of hope.

Iraqi hospitality is second to none. I mean that. This was the greatest experience of the trip. After successive wars, they are now enjoying relative peace (with the exception of internal political tensions) and they are doing everything they can to ensure that those who visit will spread the word about what the real Iraq and the Iraqi people are like, which, like Iran, does not receive much positive publicity in the media.”

“In March 2017 I visited Iraq, where I travelled through Baghdad, Babylon, Najaf, and Karbala. It really wasn’t an example of disaster tourism, though I do strongly advise travelling with a local. There are a lot of checkpoints, though we never had any problems. When we arrived, nobody asked us for medical papers on our HIV status, and though we stayed for longer than ten days, we didn’t have to report to a separate office.

At Baghdad airport they gave us a special paper, which was a sort of permit. At Babylon we joined a French tour group, though tourists are by no means an everyday sight. Most of the visitors we saw were in groups organized by Iraqi schools and universities.

The restaurants are very good, and serve delicious food in large portions. We were there to visit family members, and if I didn’t have relatives in the country, I’m not sure whether or not I would have been able to get a tourist visa. In a word, while Iraq still isn’t really a tourist destination, it’s also not as dangerous as many people think and write. The capital and the surrounding region were completely fine, and the locals are very friendly and helpful.” 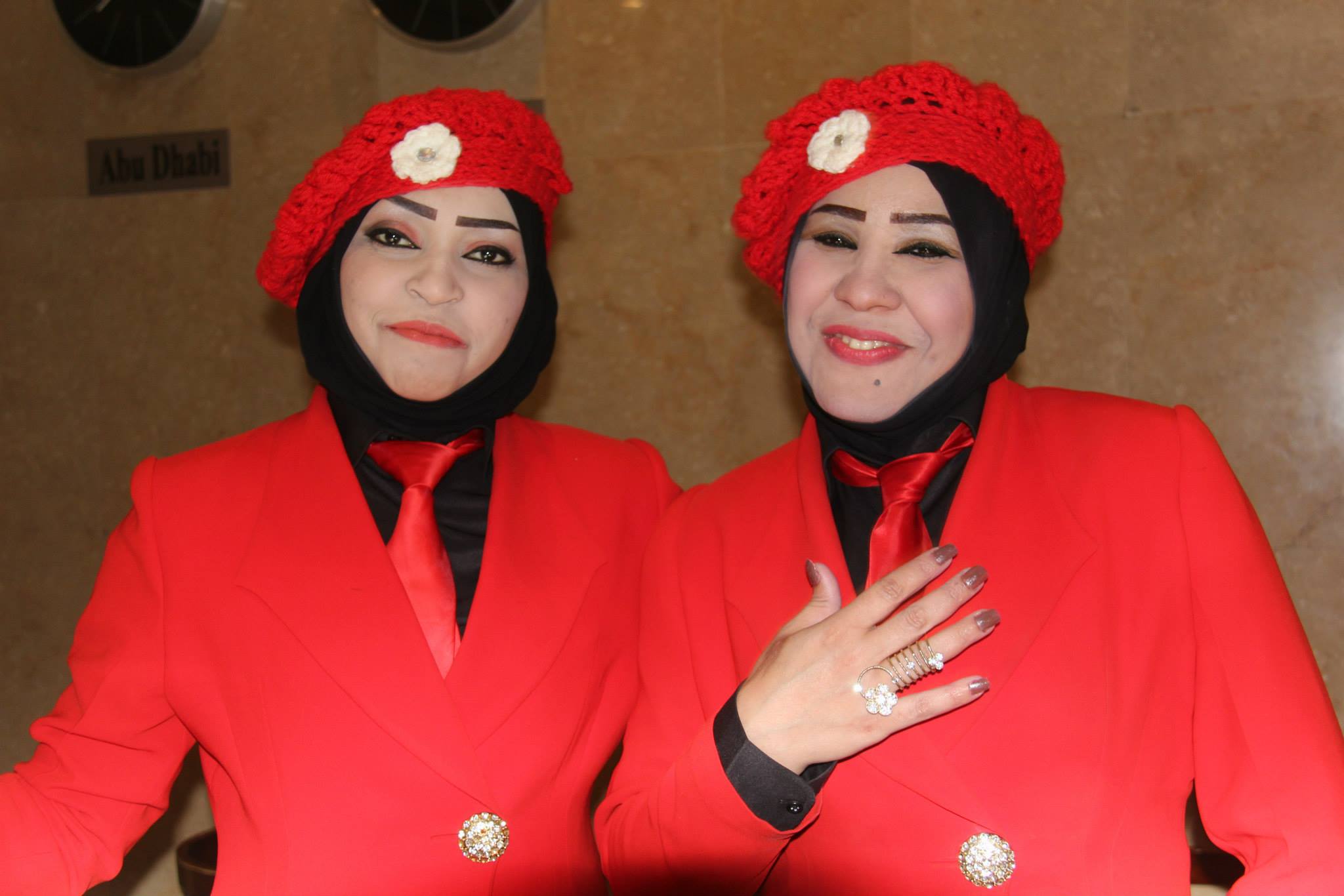 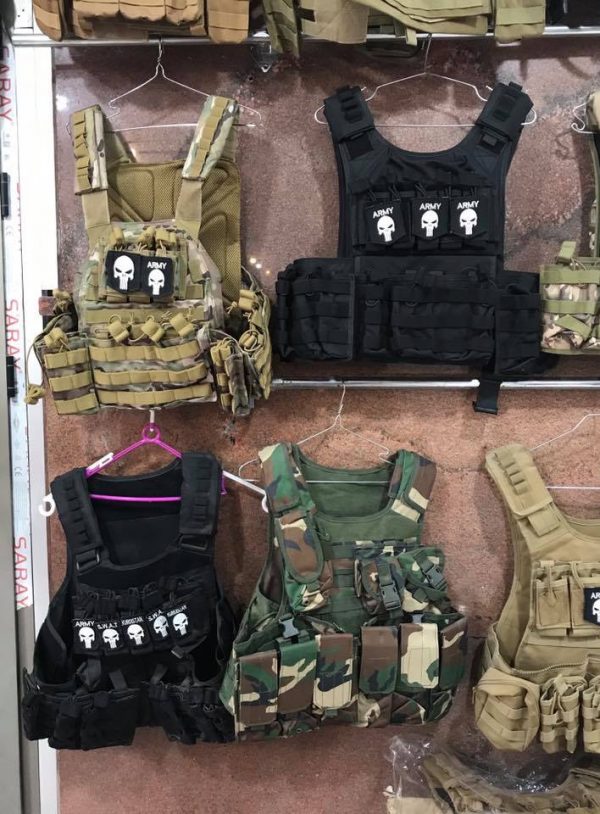 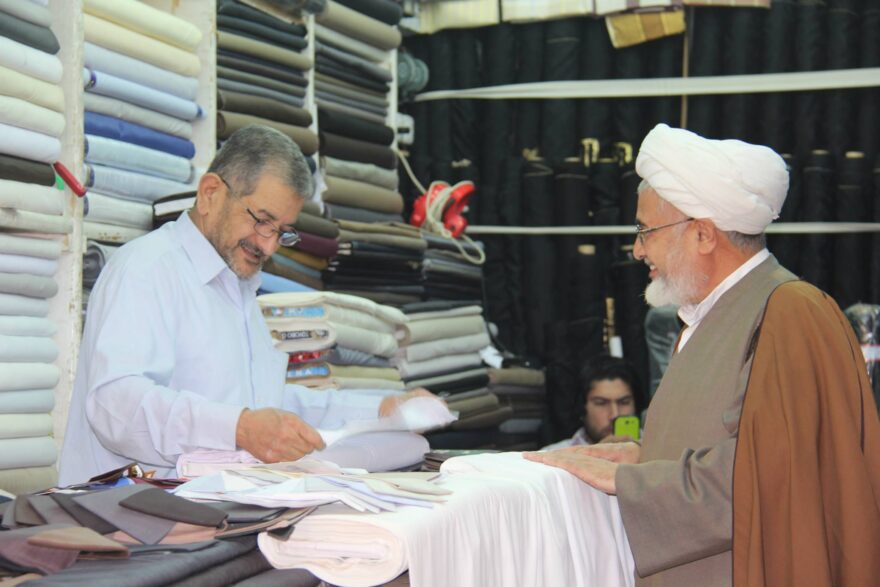 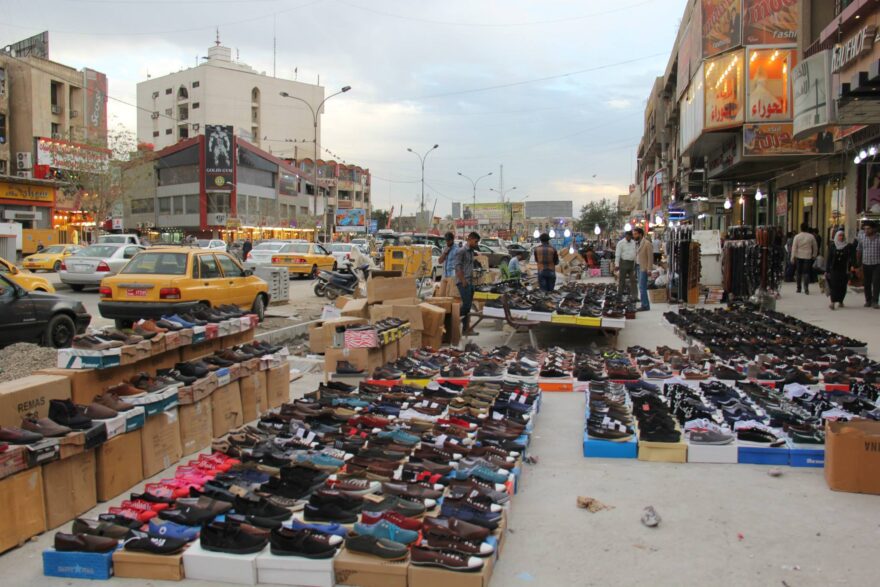 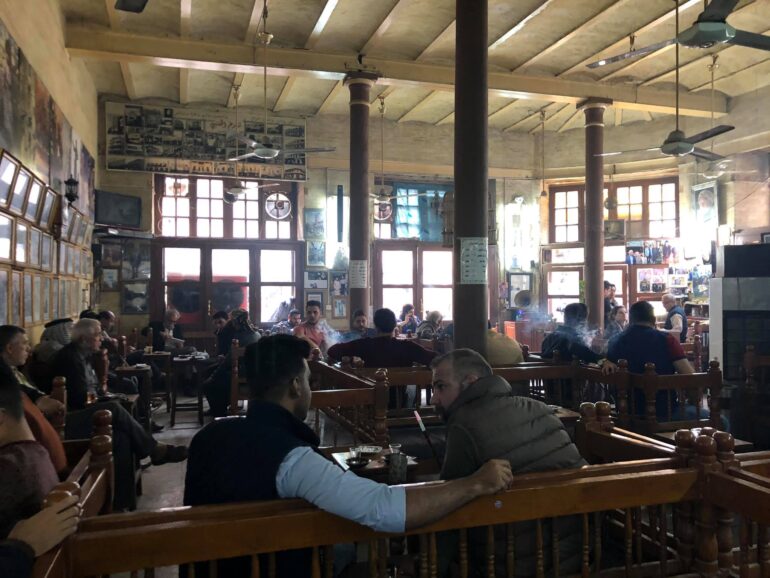 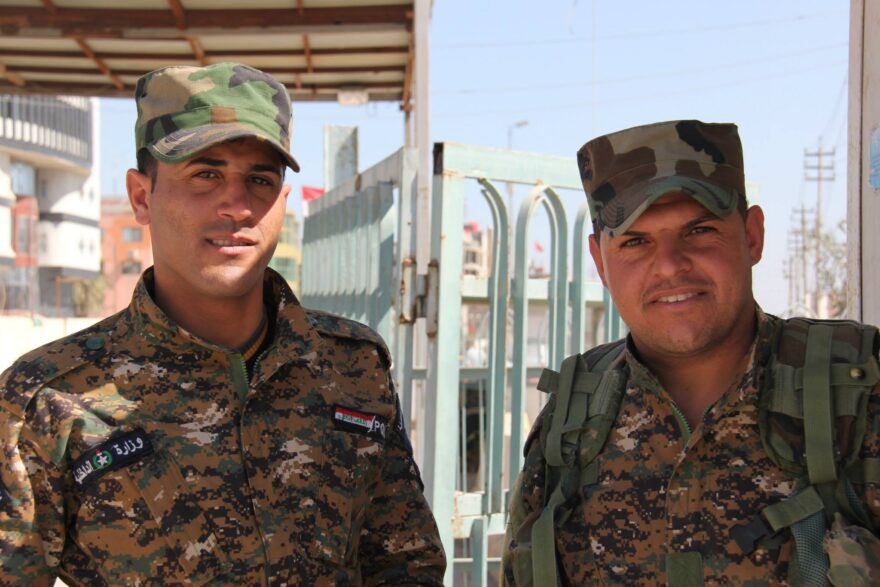 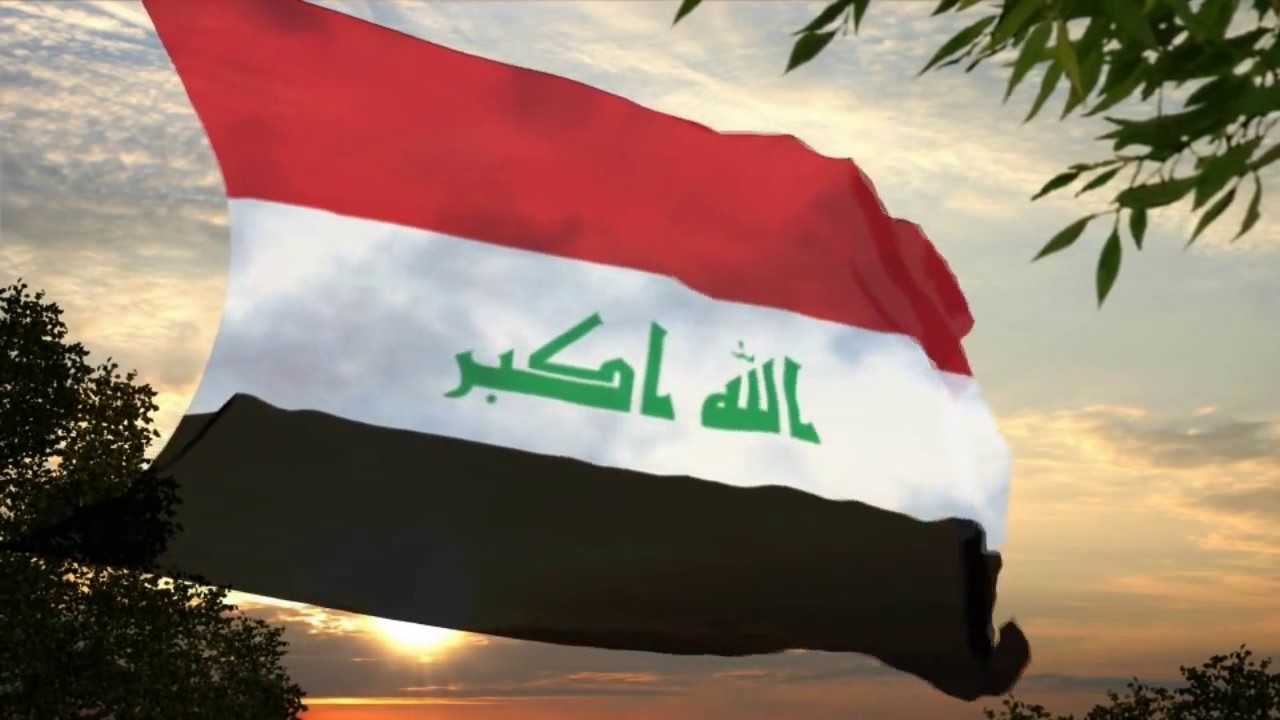 Iraq is a country in the Middle East. Its neighbors are Turkey (north), Syria, Jordan (west), Saudi Arabia, Kuwait (south), Iran (east). Iraq has a very small coastline along the Persian Gulf.

Population: 39,8 million (2020) – Arabs are the dominant ethnic group (more than three-quarters of the population) and about 25% are Kurds (who are not Arabs!)

Religion: 97% of the population is Muslim (the Kurds are also Muslims, more precisely Sunni Muslims)

In Iraq, more than half of the grooms and brides marry their first or second cousins.

Iraq will definitely not be a tourist destination again for a long time. It’s a shame, as this country used to have many great cultural and historical attractions. The ruins of legendary ancient Babylon, for instance, are in dismal condition. There is no war in most parts of the country, but the situation is tense and the tourist infrastructure has practically vanished. (2019) 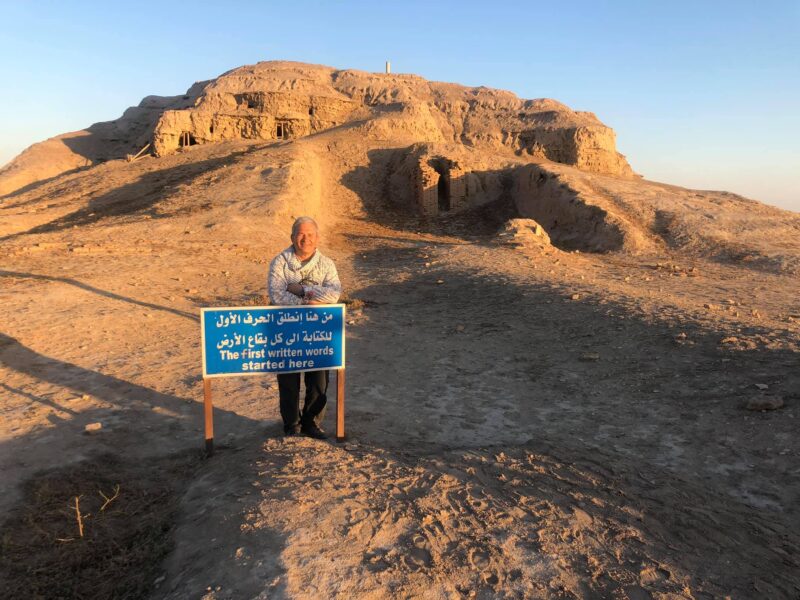 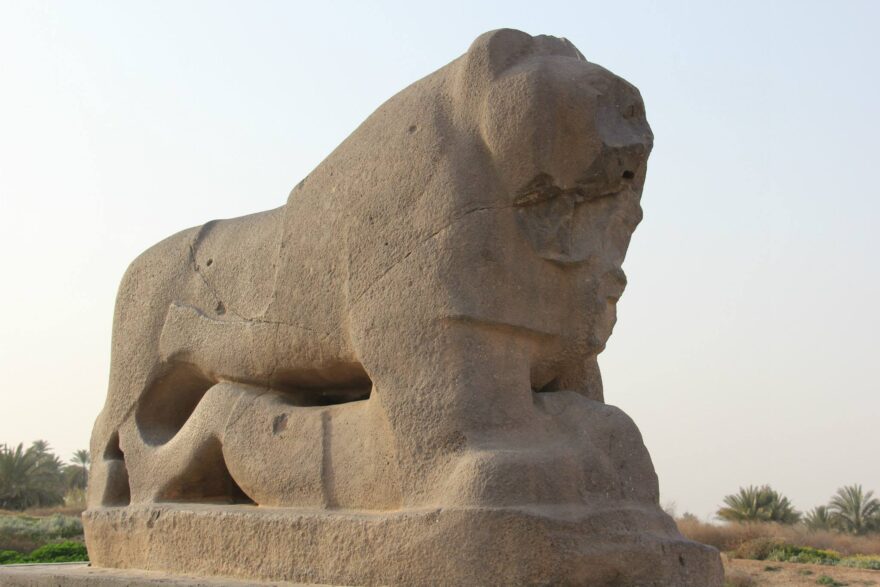 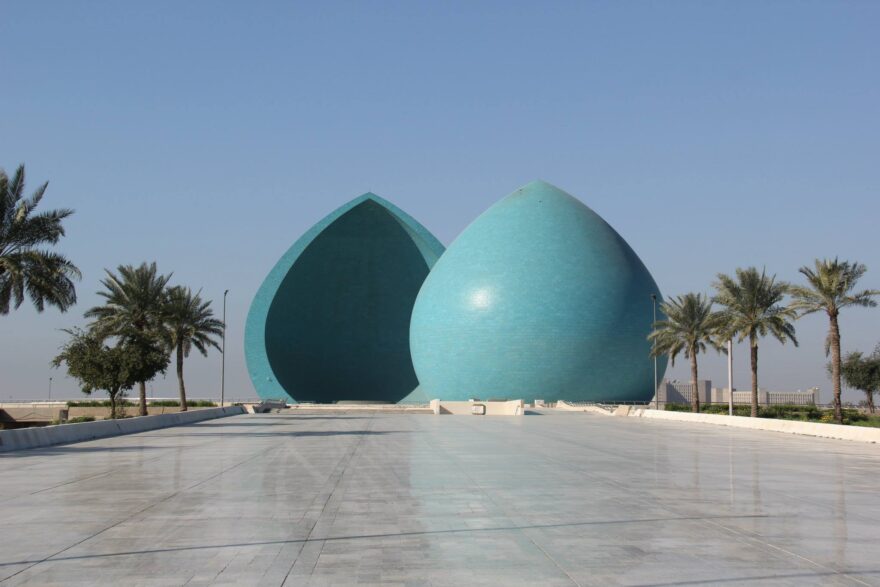 Iraq - Baghdad - Martyr's Memorial - dedicated (in 1983) to the Iraqi soldiers who died in the Iran–Iraq War - s.v. photo 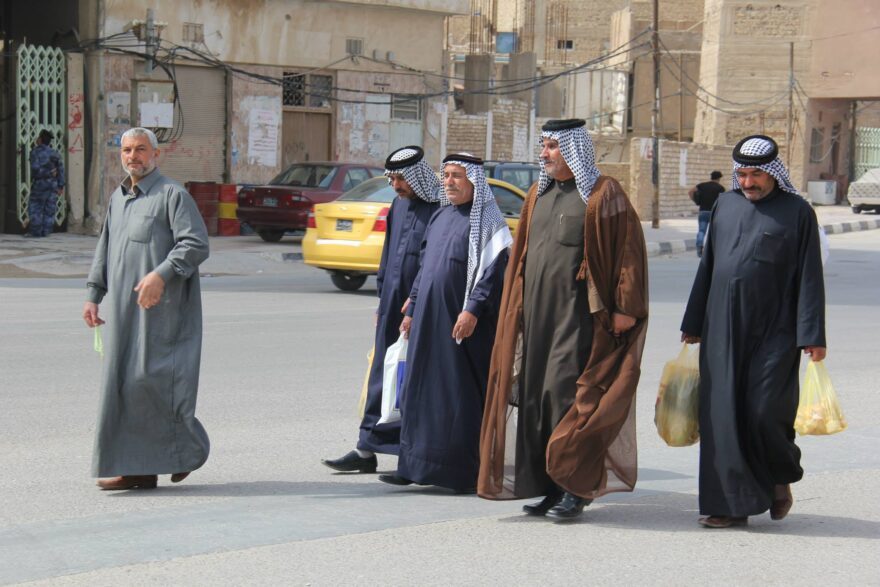 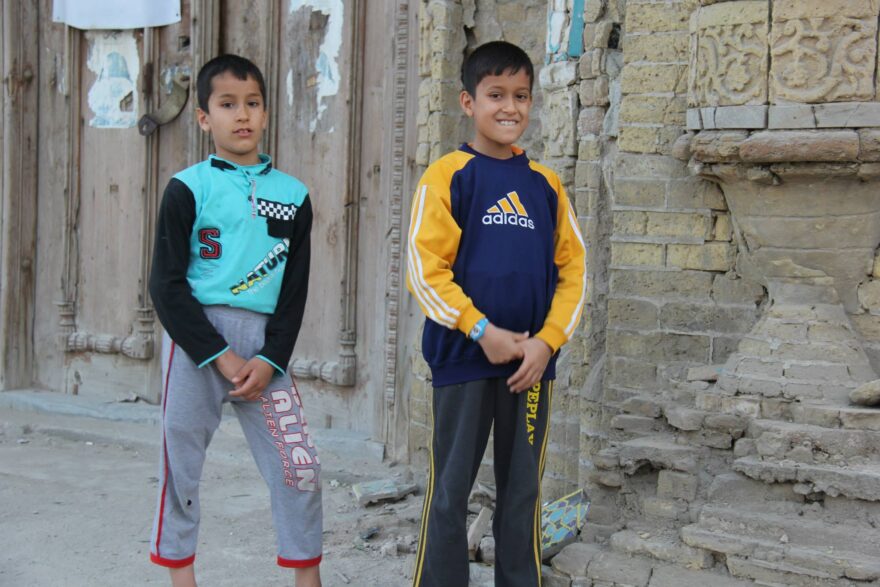 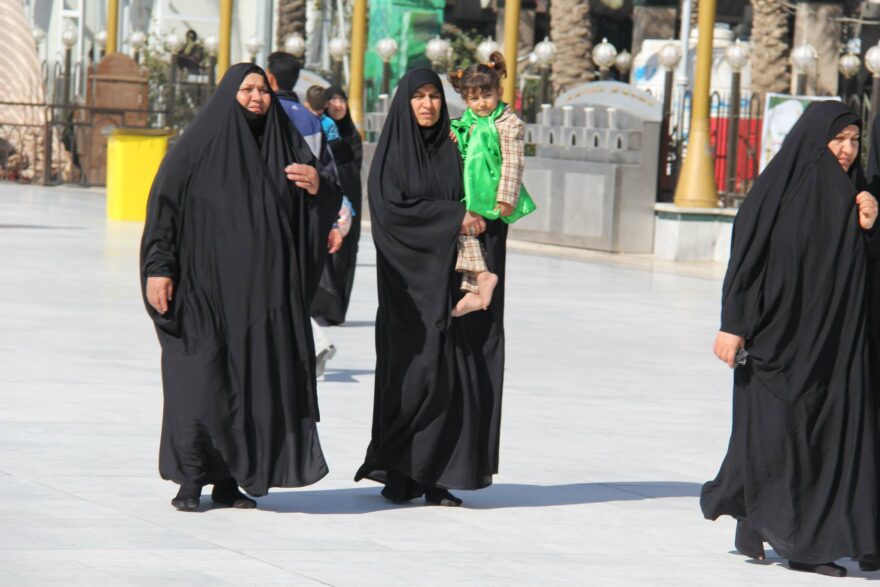 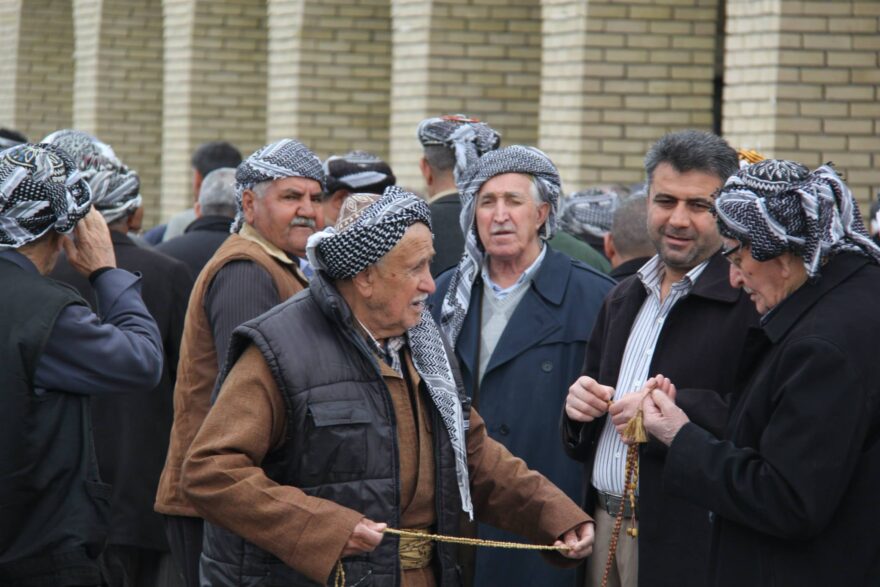 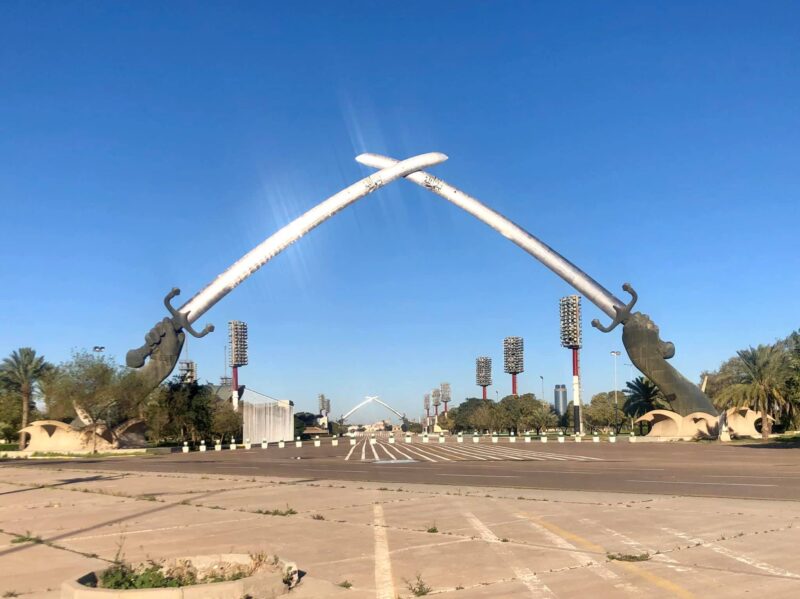 Baghdad - The Victory Arch (or the Swords of Qādisīyahentrance) - o.v. photo 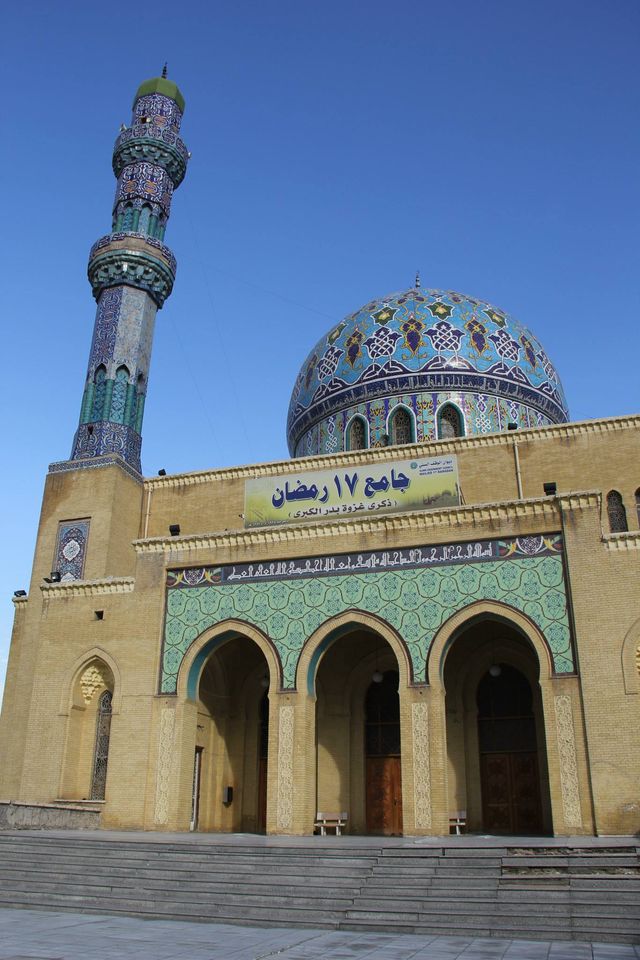 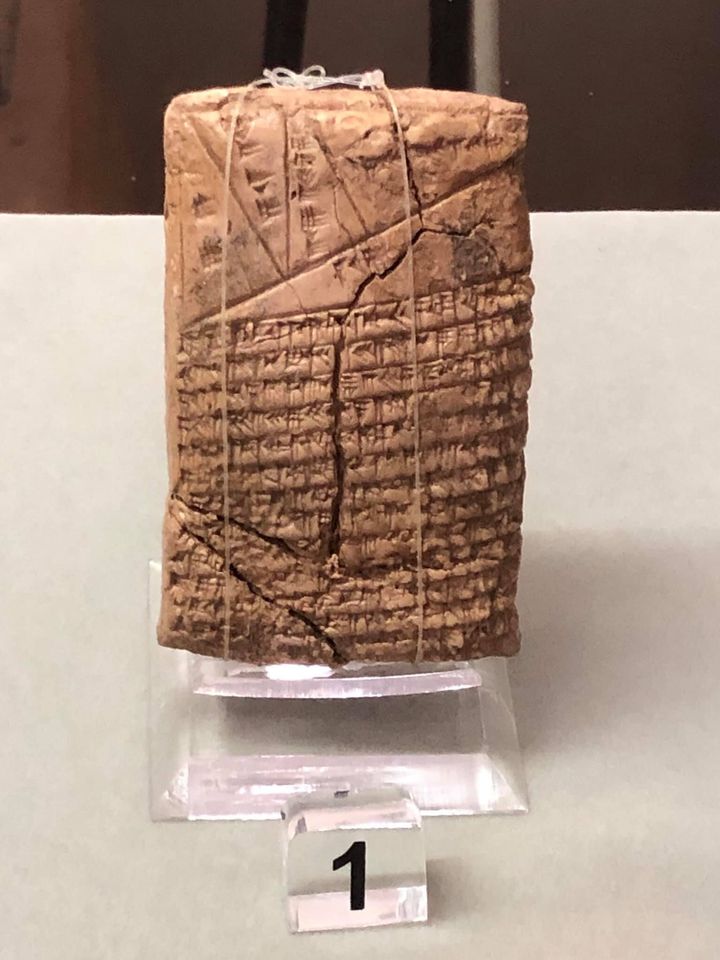 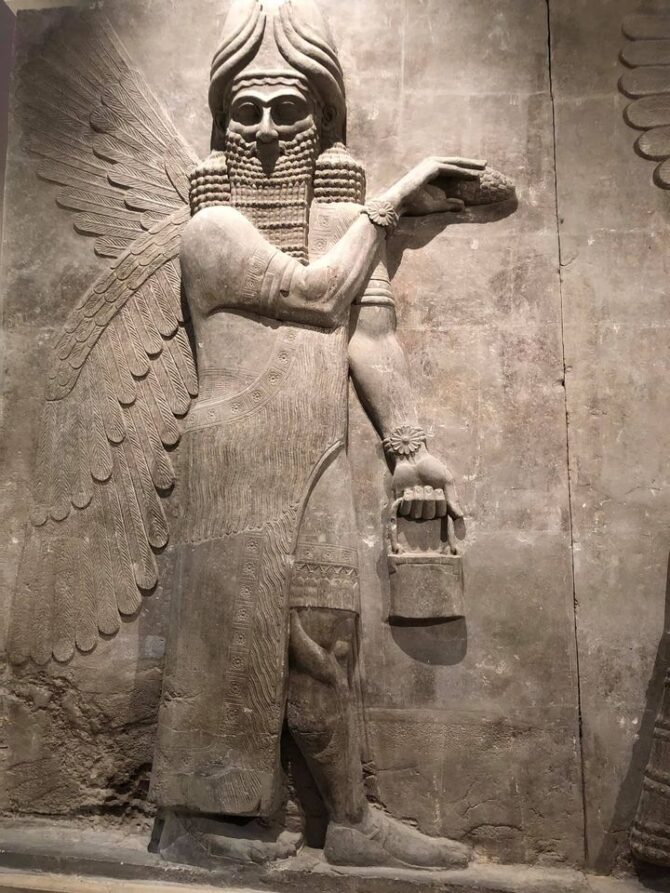 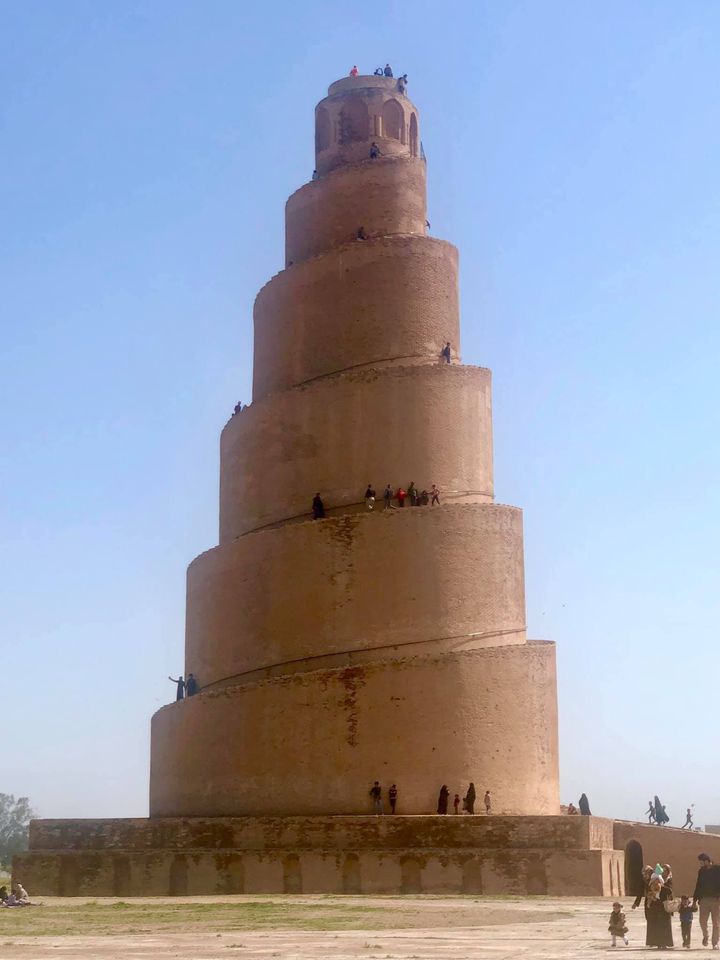 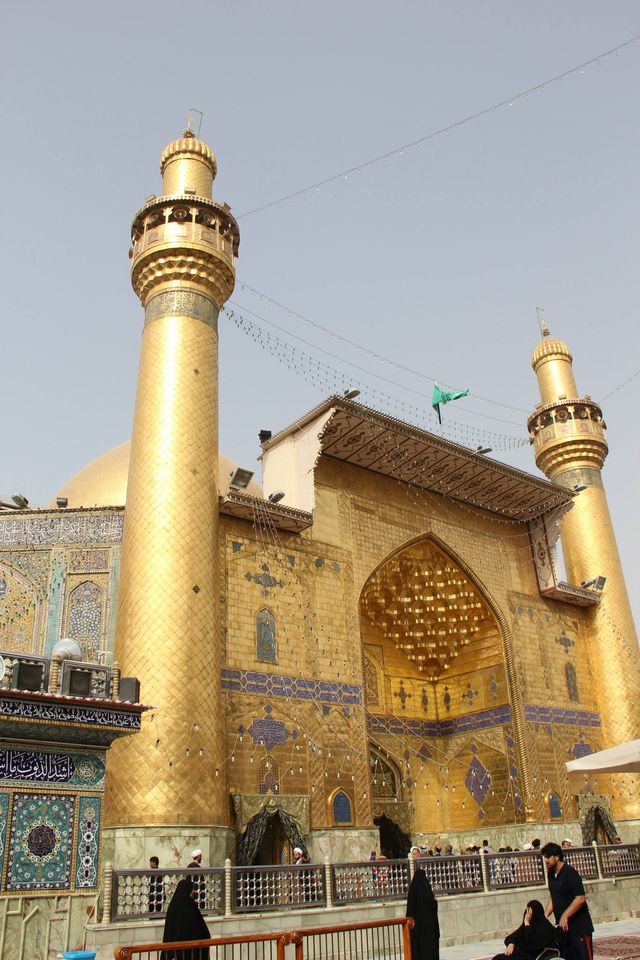 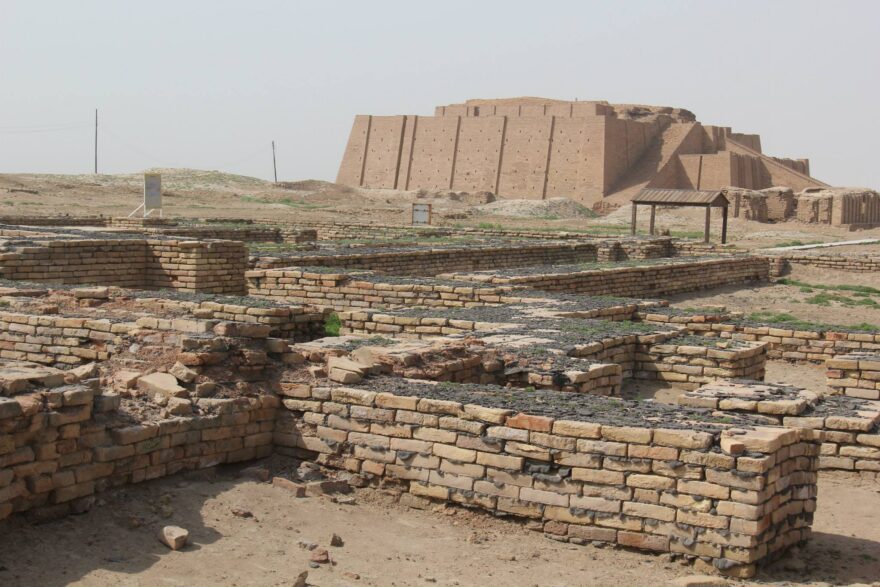 Iraq - Babil (Babylon Province) - Hillah - The alleged birthplace of the Prophet Abraham - In the basement of a small mosque, you can see a piece of stone on which Abraham was born. - Viktor Ohotin's photo 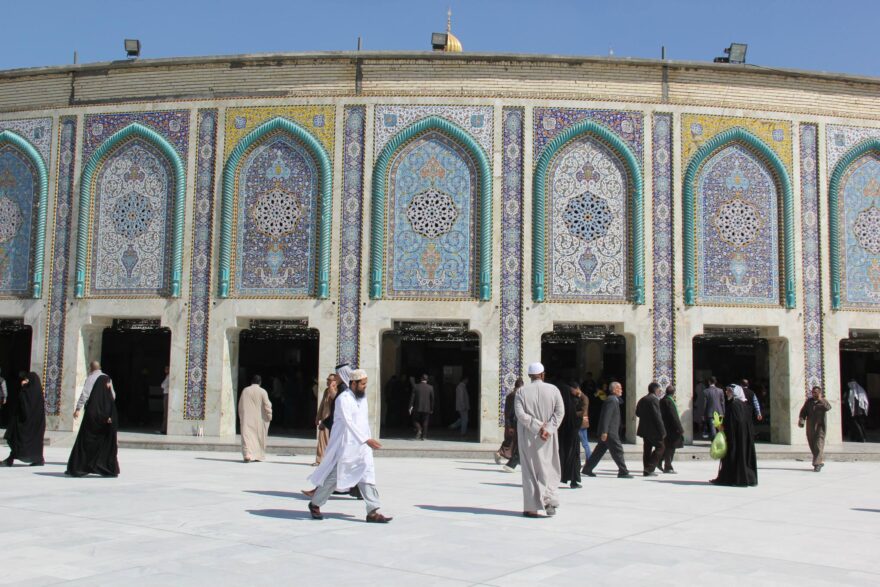