1. The ochre-colored buildings and the golden glow of the mosques in Beirut – as well as the very cosmopolitan nightlife

2. Byblos with the sea views, sea breeze, historical port, crusader castle, emblematic visions of the past

3. The fantastic mezze in some Beirut restaurants

4. The evening hustle and bustle of the old quarter of Gemmayzeh, in Beirut

5. Lebanon is a perfect destination for history lovers and those who are interested in the challenges posed by the coexistence of different cultures and religions

7. The sophisticated muezzin call of the Blue Mosque in Beirut

9. The Jeita Grotto (a sprawling cave complex) is a must-see

10. I am not much of an admirer of ancient ruins, but Baalbeck really impressed me

1. Many Christians left Lebanon so Beirut's, and the entire country’s, original character is fading

2. The crowd, loud music and overpowering cigarette smell on Beirut’s Corniche late in the afternoon

3. The old souk in Byblos is somewhat lethargic, its salesmen seem indifferent

4. Feeling sorry for Lebanon’s undeserved loss of a large part of its tourism because of the notorious regional tensions

5. We were disappointed to see very few cedar trees, which are the country’s national icon

7. In Beirut, drivers ignore not only pedestrian crossings, but also red lights, and often form three lanes on two-lane roads

9. The 100% pure orange juice we had at breakfast must contain a maximum of 10% orange

10. Nowadays, I would say calling Beirut “the Paris of the Middle East"  is definitely an overstatement

“Though our accommodation was in the Christian quarter, the music which blared over our breakfast was 100% Arab, while the orange juice was maybe 10% orange (and judging from the taste, mostly the rind.)
The street signs were mostly written in the Latin alphabet, with Arab letters used only here and there. When our car crossed over into the Muslim Arab quarter, however, the ratio was reversed. What struck us most, however, were the billboards featuring scantily clad women advertising the latest lingerie fashions. That sort of this is hardly ever seen in other Middle Eastern countries.

It was a Friday, a holiday for Muslims, and also Easter for Greek Orthodox Christians, who are numerous here. A few decades ago, the Christian population was still the majority, but an influx of immigrants and the more prolific reproduction of the Muslim population has shifted the balance.
Officially, seventeen churches are represented here, and of course each one keeps its own holidays, so work is constantly being interrupted. None of this is very visible on the street, however: most of the shops are open, and cars throng the two-lane road in at least three lines.

Beirut, with its million inhabitants, is just waking up. This seaside capital, which has seen many better days, is no longer a place I’d call ‘The Paris of the Middle East’ as it was even as recently as the 1970s. The city was battered by a fifteen-year civil war, and is only beginning to recover.
The railway line built by the French, which once bisected the country, has disappeared without a trace – no tracks, no stations – as though it had never existed. With the exception of a few minibus taxis on fixed routes, public transport is non-existent, so the constant traffic jams are hardly a surprise. Gas is extremely cheap, at under a dollar a liter, so gas-guzzling SUVs are popular among the wealthier set. (Phica, 2019) 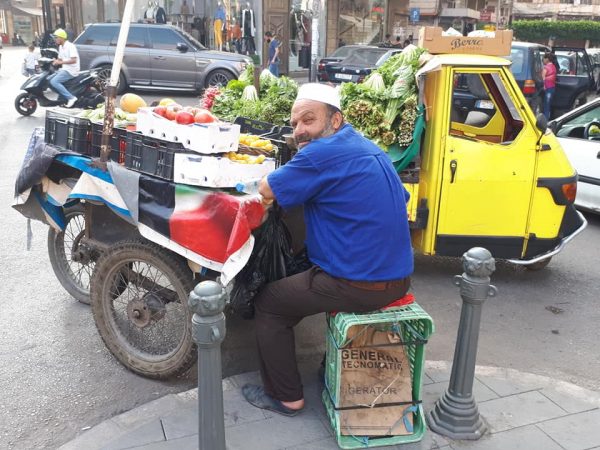 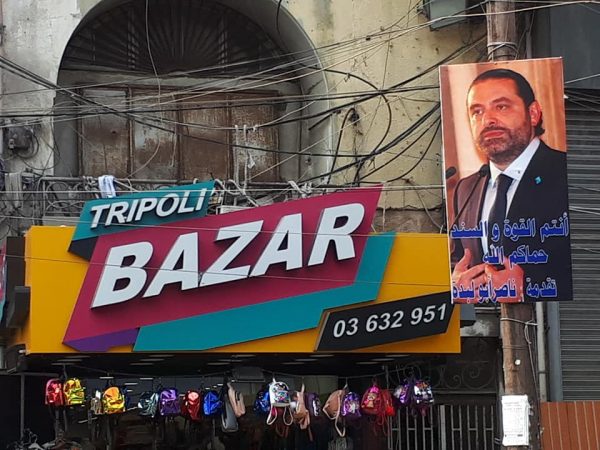 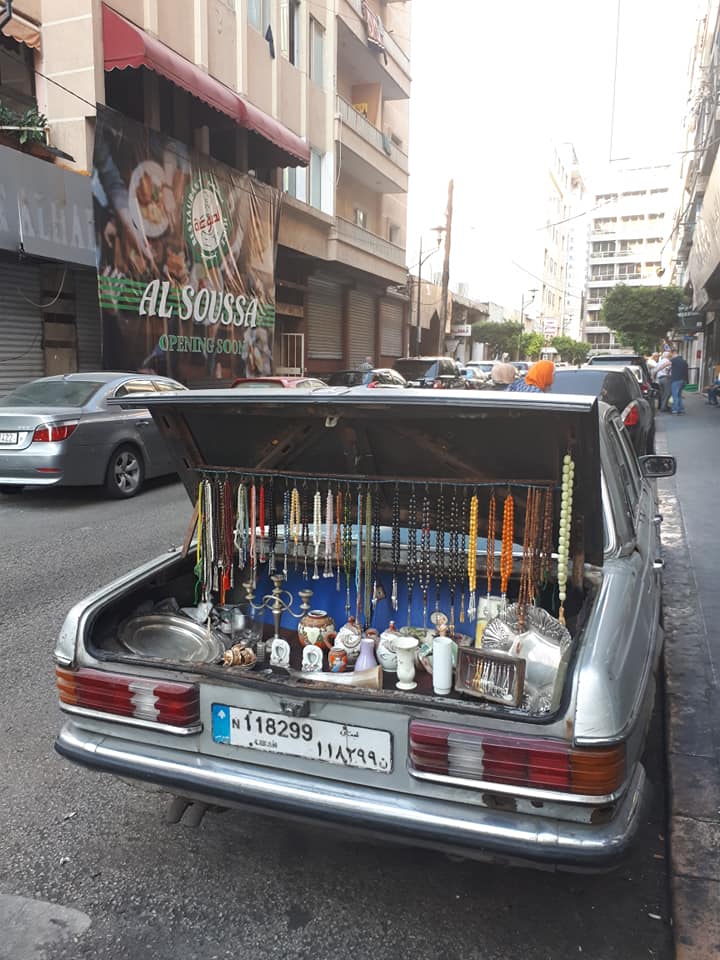 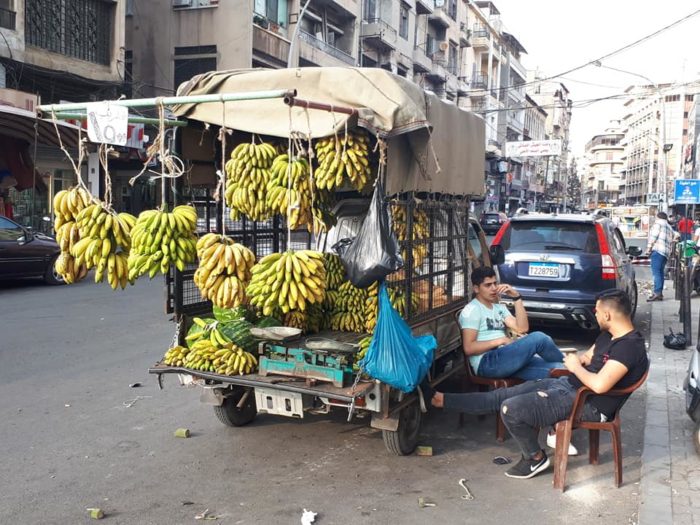 “Personally, I consider both the city of Beirut and the country of Lebanon as a whole to be safe. Many soldiers stand at street corners with machine guns, but anyone who has visited Israel will quickly get used to this. Terror attacks are not frequent and are universally condemned. It is permitted to take photographs, but it’s still sensible to be cautious when waving a camera around – it’s always possible that after taking a photograph of an ornate but seemingly innocent building, only to be approached by a soldier who asks to see what photos we have just taken. We never had a problem, and after the soldiers were satisfied we had nothing confidential, they let us go. Nothing ever had to be erased. (aá, 2019)

“You don’t have to worry – it’s been four years since the last terror attack. Well, ok, there was an exchange of fire at the Israeli border not long ago, but there’s no reason to go down there (actually we did end up going there, It was with rationalizations like these that I reassured myself about visiting Lebanon, all the more so since I had been kicking myself for years for not visiting Syria when it was still safe and beautiful.
The State Department website mentions the Bekaa Valley as an area to avoid, but then that’s where Baalbek is – possibly the country’s number one tourist attraction.” (2019) 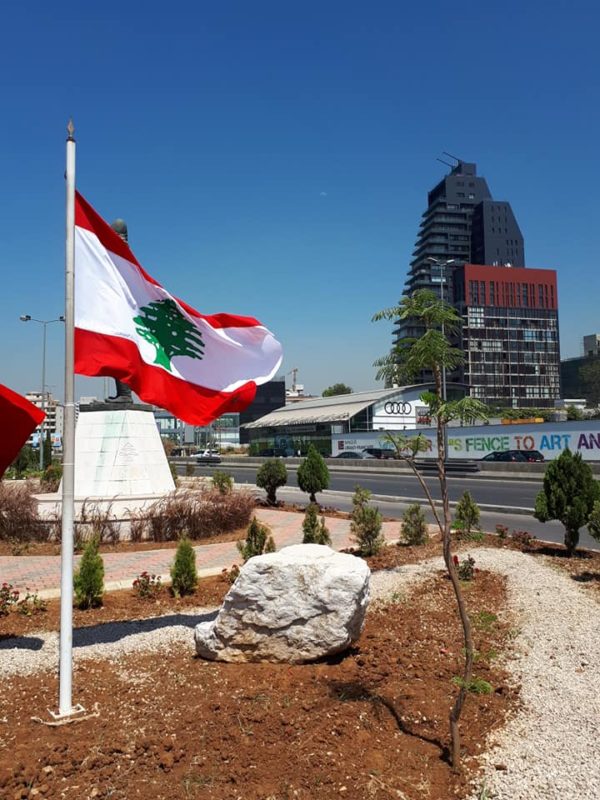 Lebanon is a small Middle Eastern country. Neighbors: Syria (north and east), Israel (south). Lebanon has a coast along the Mediterranean Sea.

Language: Arabic is the official language - French and English is widely spoken

The Ottoman Empire ruled Lebanon since the 16th Century. After the First World War, France controlled the territory as a colony, and starting 1920 as a League of Nations mandate.

As in 2020, Lebanon suffers its worst economic and financial crisis since the 1975-1990 civil war, resulting in recession, a plunge in foreign reserves, and rising inflation.

“Lebanon is characterized by its diversity – while I was absorbed in the beauties of some relics from the Byzantine period, the voice of the muezzin sounded through a loudspeaker from the top of a nearby minaret. Then, from another, a prayer of a completely different rhythm and the melody was struck up. While they struggled to outdo one another, the bell began to ring in the Armenian church. I was reminded of Romania, where an Orthodox church is constructed in every Transylvanian village, even if there are not in fact any Orthodox believers living there, just to show that this is Romanian territory. The Arabs do something similar, demonstrating the power of Islam by building mosques wherever they can. In Baalbek, a mosque has been constructed with Iranian money, and the gilding can be seen glinting from a long way off. This place of worship is then ringed in fences and tank traps, to protect it from terror attacks.” (2019) 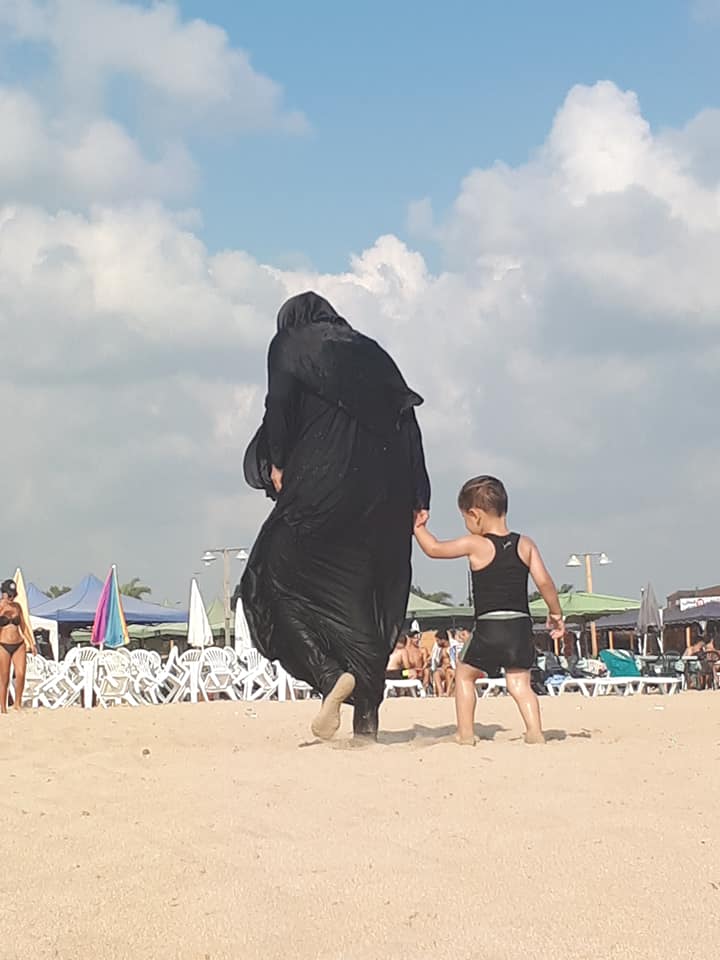 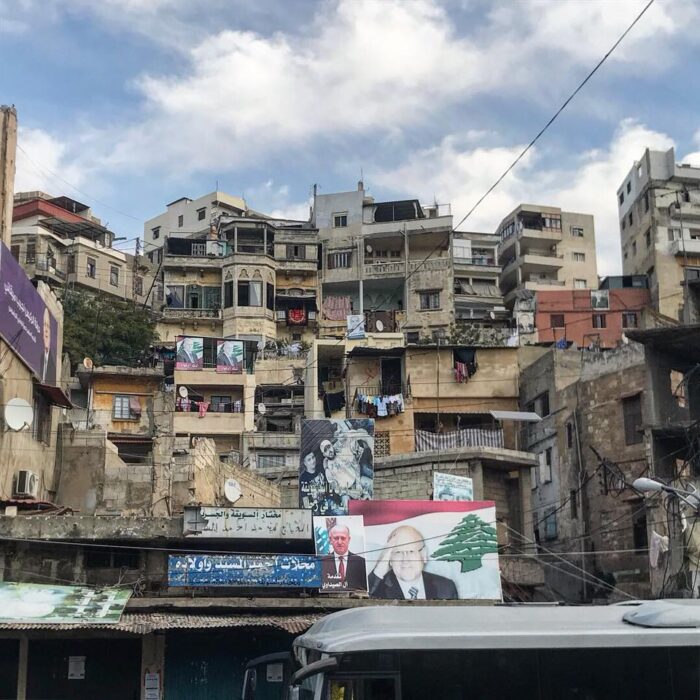 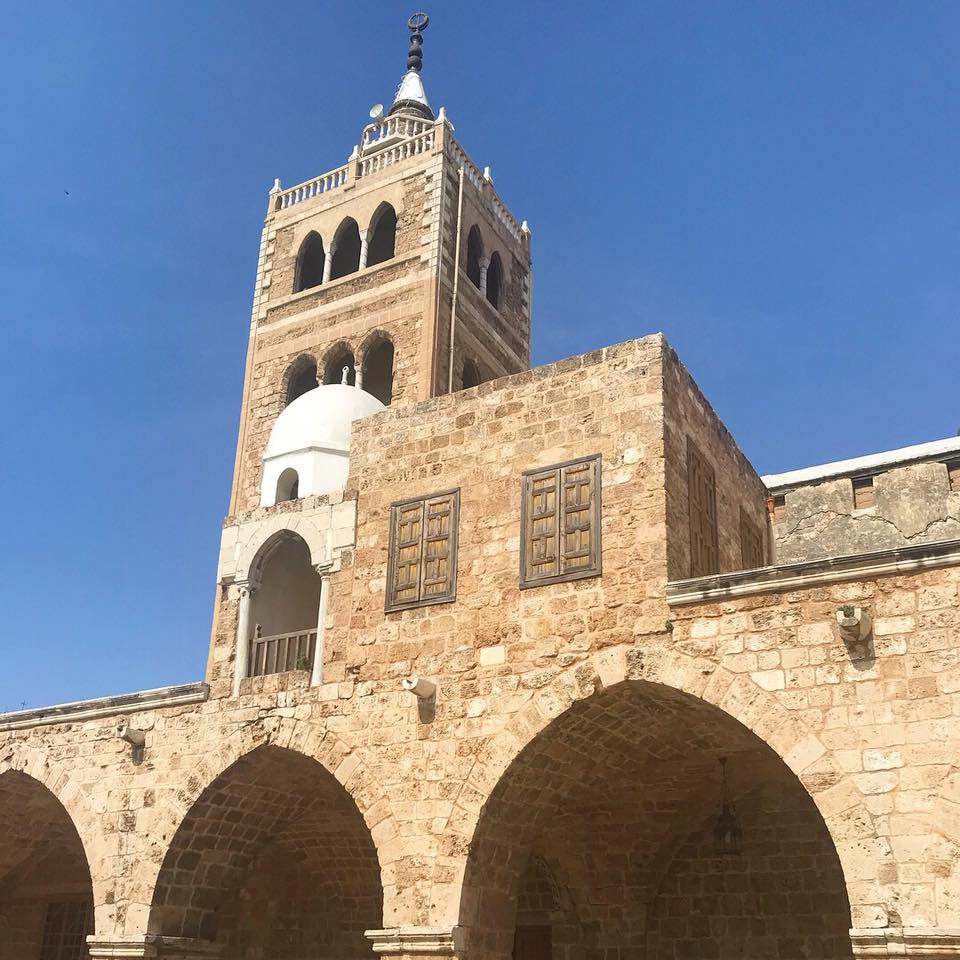 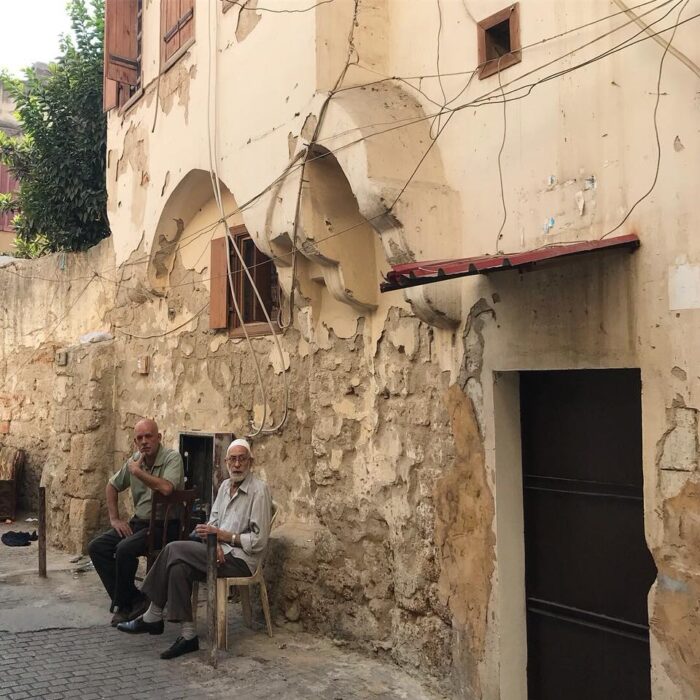 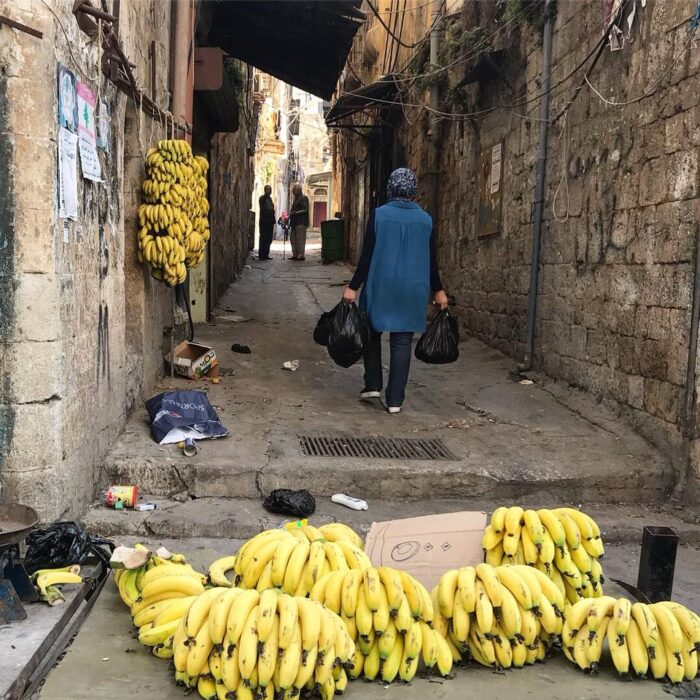 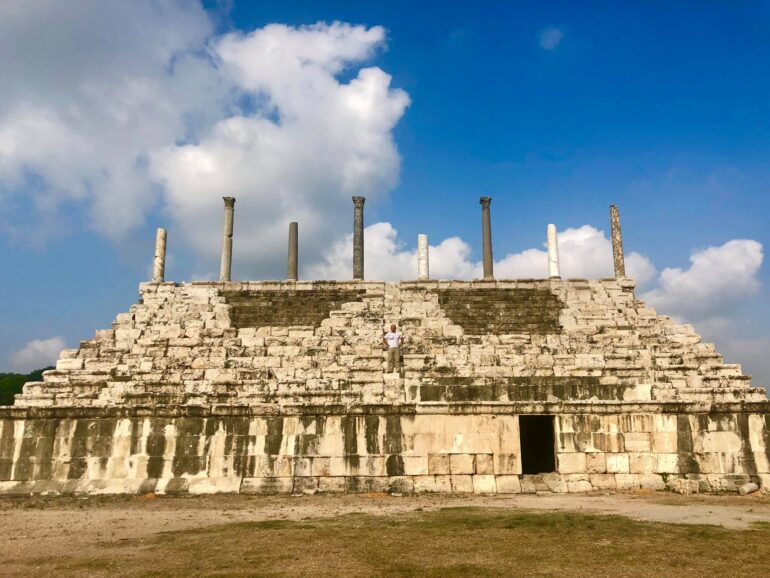 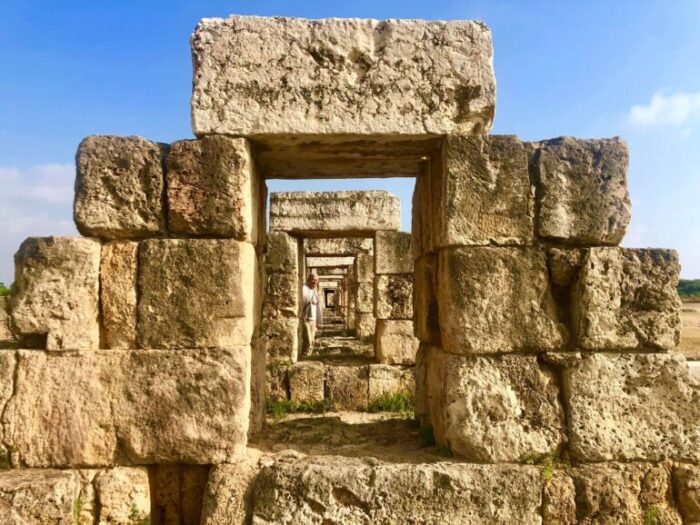 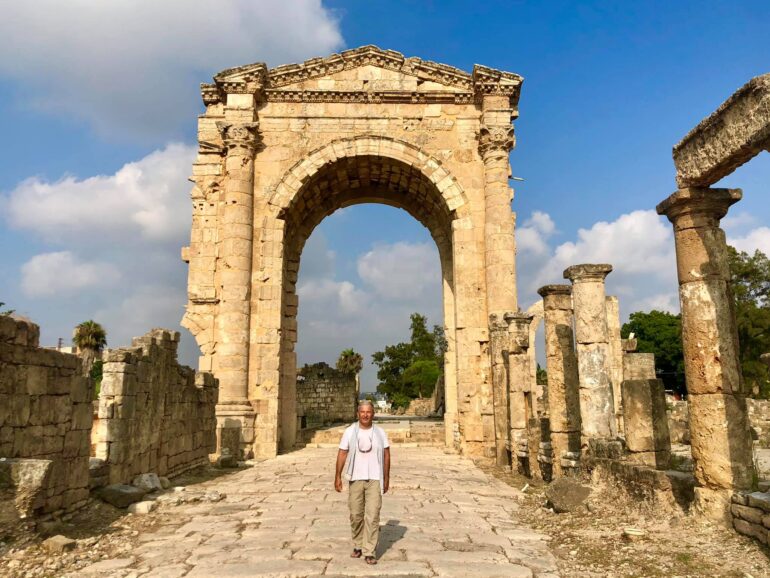 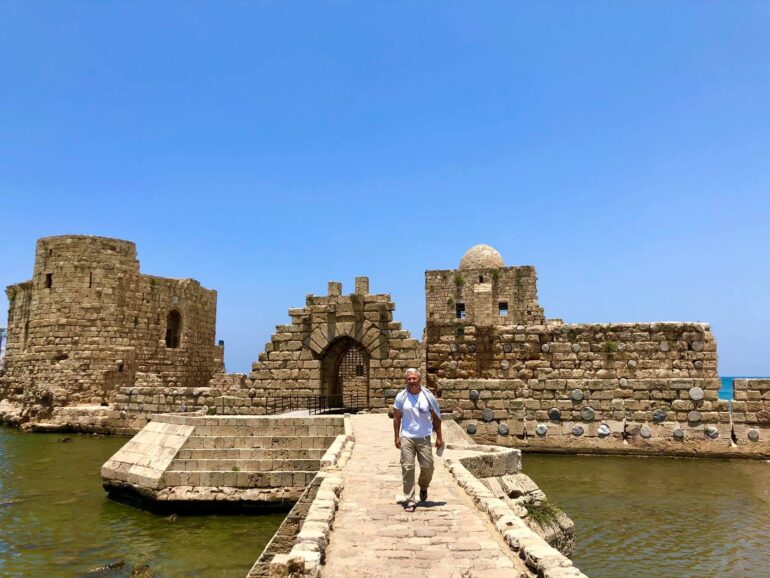 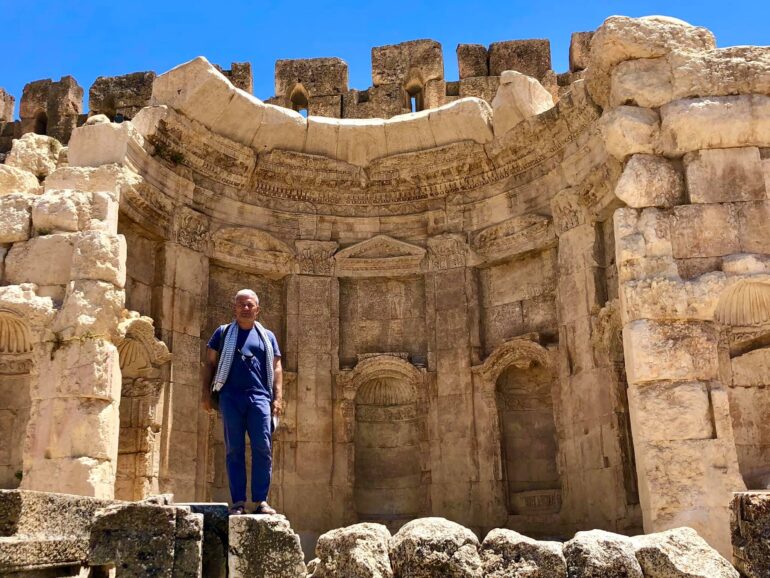 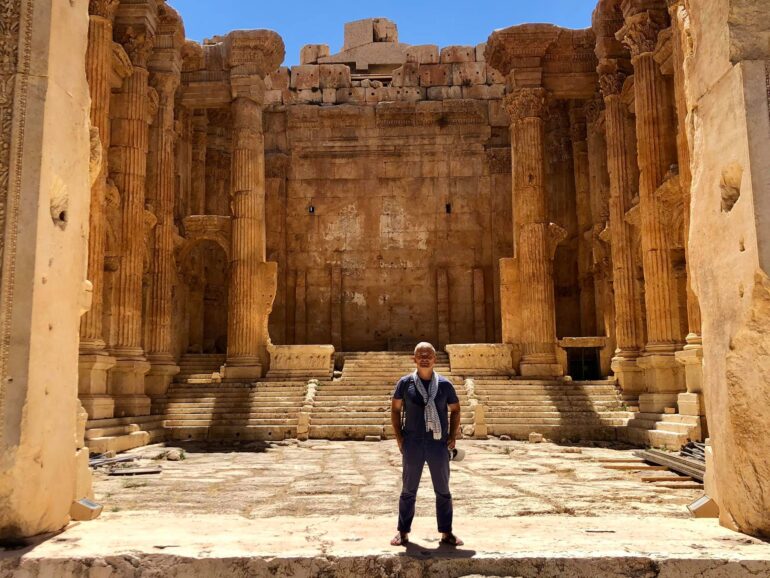 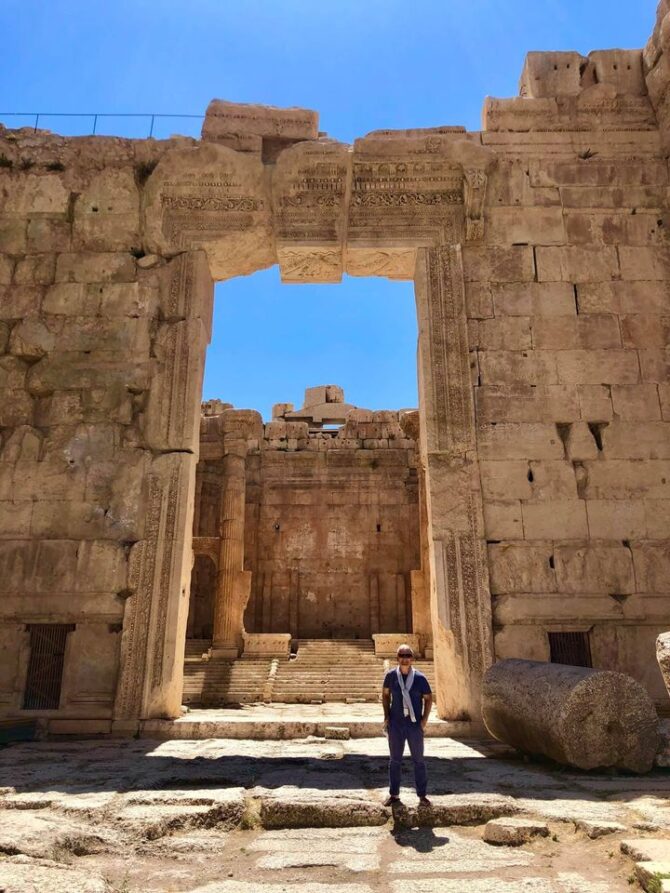 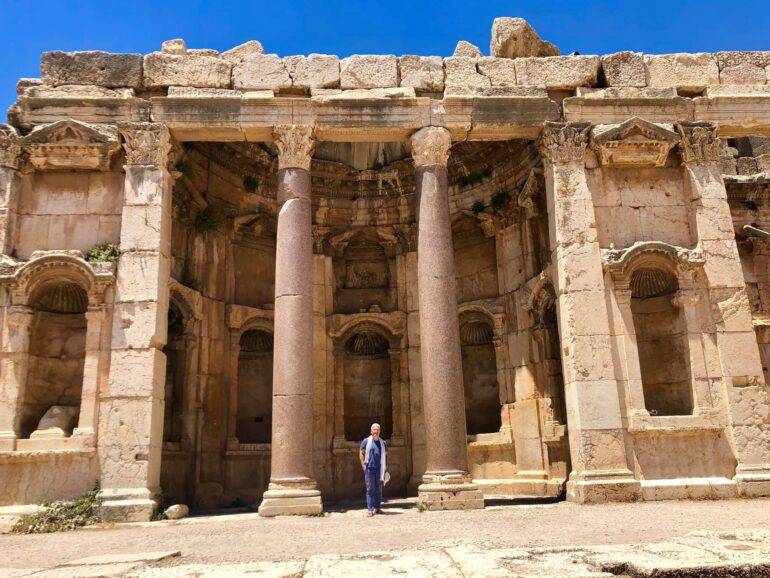 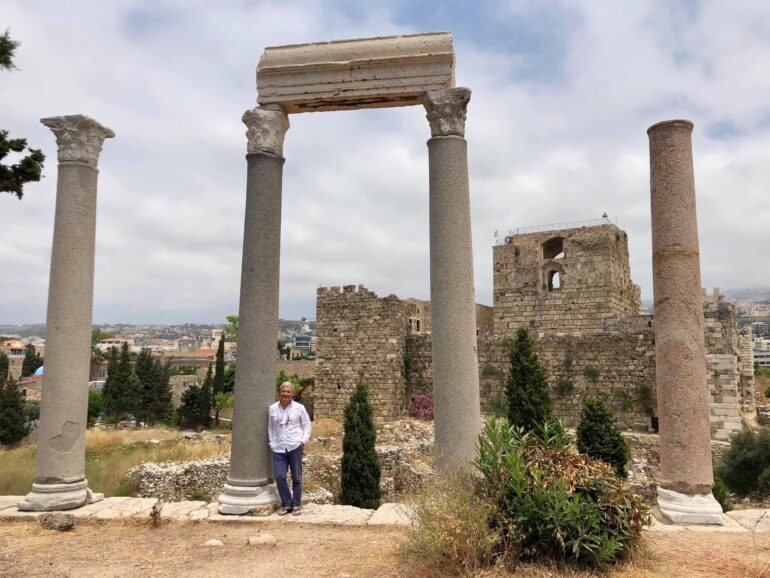