FYI: We made separate content about  Cancún, Playa del Carmen and Tulum!

1. 5th Avenue of Playa del Carmen in the evenings

2. at Chichén Itzá, be the first visitors in the morning, step up on the principal pyramid without the crowd, enjoy the silence until the tourist groups have arrived an hour later

3. the lovely, authentic, not too big town of Mérida

6. learning a lot about the pre-Colombian Maya and Toltec civilization

7. Tulum is the best destination in the Mayan Riviera.

10. the Yucatan-style ceviche with avocado

1. the 100 USD entry fee/pp to Xel-Há and that taking photographs is strictly forbidden

2. The snorkel tour at Cozumel is a tourist trap.

3. Foreign solo female travelers are exposed to verbal harassment by the local men in Mérida.

4. The peninsula's landscape is mostly dry, flat, not as spectacular as the Chiapas Province.

5. As Maya ruins, Palenque and Guatemala's Tikal is more interesting than Chichén Itzá.

6. Cancún has no Mexican character.

7. The stone stairs of the Uxmal pyramid were slippery, and stepping downhill was rather scary.

8. The loud voice of the US vacationers is very irritating.

9. In the restaurants, and even more in the bars, the staff often tricks the foreign tourists.

10. too many mosquitos on Holbox island

11. The Akumal Beach is nice because of the many palmtrees but the water is not transparent, not spectacular.

12. The dolphin shows are great fun for the tourists but are these captivated animals also enjoy it? 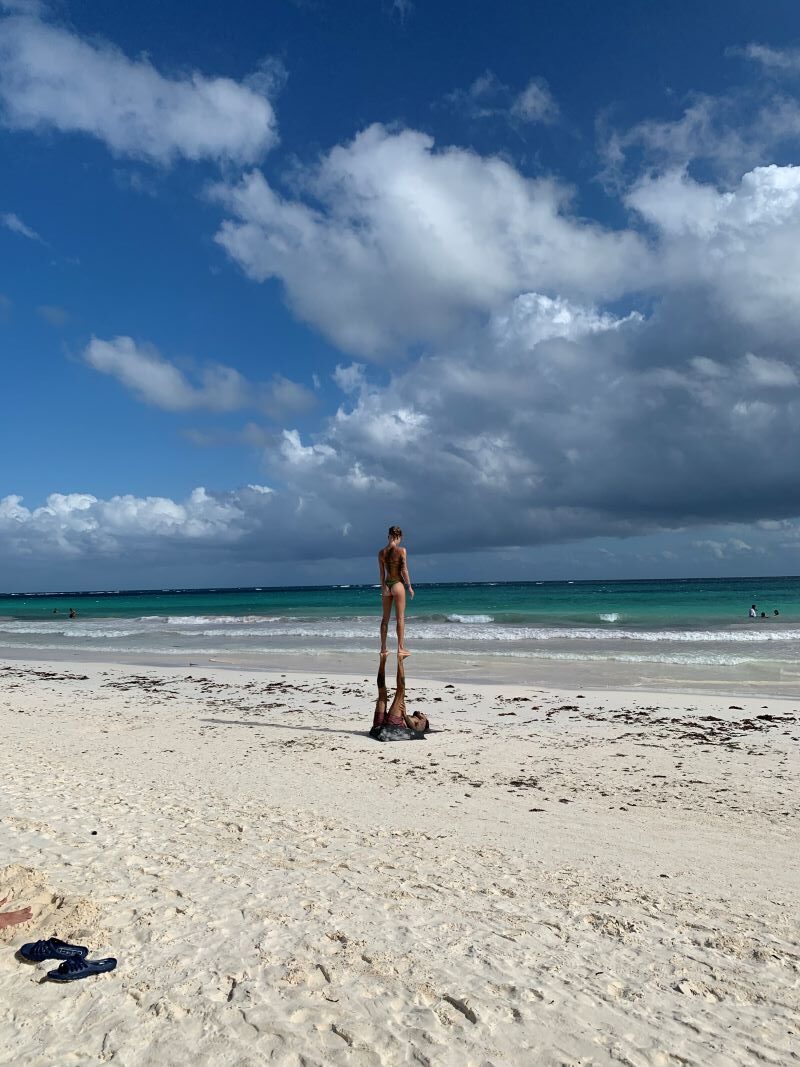 On the Yucatan peninsula, driving is easier and more hassle-free than in other parts of Mexico.

Outside the cities, there is relatively little to very little traffic on Yucatán's roads. Be prepared for many single-lane roads (with oncoming traffic).

The speed limits are always well marked. On country roads, they are usually between 80 and a maximum of 100 km/h, on motorways at 110 km/h, but never more.

On the roads, you'll experience a large number of speed bumps. Mexicans call them topes. You will find topes, especially before entering localities.
If you happen to rush over a tope at high speed, you'll not repeat it next.  Watch for the warning signs before the coming topes. Drive carefully and significantly reduce speed, especially when entering a settlement.

Beware of potholes! There are plenty of them on Yucatán's roads. Some of them are very small, but others are terrifyingly large. We, therefore, recommend driving during the day if possible. At night, you may notice dangerous potholes just too late.

The tolls are moderately priced. For instance, Valladolid to Chiqilá (Holbox) 187 Pesos; Chiqilá (Holbox) to Playa del Carmen 107 Pesos. You can often bypass the toll roads (with some loss of time).

In Tulum Beach (along Beach Road) it is becoming increasingly difficult to find free parking.

There is often free parking at Mayan ruins. Sometimes a fee is also due (e.g. in Uxmal and Coba), but then the parking spaces are monitored.

A liter of gasoline currently costs 19 MXN, which is about 92 USD cents. The majority of the gas stations are state-owned and are called PEMEX. You can now also find smaller gas station companies. You are usually served at the gas stations. I.e., you tell the gas station attendant how much you want to fill up. Few stations accept cash payment only.

Expect numerous military checks while driving in the countryside. It looks pretty frightening: men in uniform (mostly with machine guns) control passing cars, but not each one. The military is primarily there to uncover and prevent the smuggling of drugs and other illegal goods. 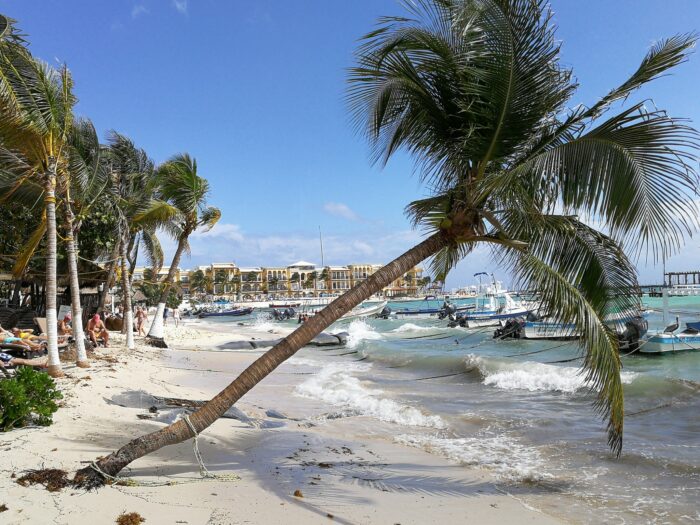 In Playa del Carmen and Tulum, in an inexpensive restaurant, a meal costs around 4-7 USD. A three-course meal for two people in a mid-range restaurant may cost about 25 USD.

A restaurant meal is about 10-15% more expensive in Cancun than in Playa del Carmen and Tulum.

If you are to shop, go to where the locals do their shopping. Prices in the Zona Turistica (anywhere from the Hotel Zone in Cancun to all the pricey places beachside in Playa Del Carmen and south to Tulum) are higher than in, say, Cancun Centro.
The exchange rates are better in towns, too, though at 20 pesos to a dollar, it’s a pretty good deal anywhere. Always have some U.S. dollars on you. Pay in pesos for most everyday transactions, but you get a better deal by paying with U.S. dollars for larger ones. Everyone takes them, and many locals prefer USD.

The Yucatán is much safer than other parts of Mexico. The state authorities and the influential business circles are both very keen to protect the tourism industry, the goose with the golden eggs.

Keep in mind that car break-ins in parking lots may happen. Never leave any valuables visibly in the car.

Before traveling to Mexico, you may read some horror stories about the corrupt Mexican police. On the Yucatán, you'll never experience anything like that. Police officers are very friendly and helpful. They may have instructed to make positive impressions on foreign tourists.

The Yucatán Peninsula lies between the Gulf of Mexico to the west and north and the Caribbean Sea to the east, in the South-Eastern part of Mexico.

On the eastern part of the Yucatán Peninsula, the actual vacation area is called The Riviera Maya. That is south of Cancún along the Caribbean coastline of the Quintana Roo federal state.

Mérida is the capital and largest city in Yucatan state, with a population (in 2020) of 1.1 million

This part of Mexico (the Riviera Maya) is highly Americanized, especially in Cancún. Most of the vacationers around here are American, so - no wonder - many things have developed to meet their tastes and other expectations. Evidently, in the touristy areas, English is widely spoken.

Hurricane period: June to the end of November 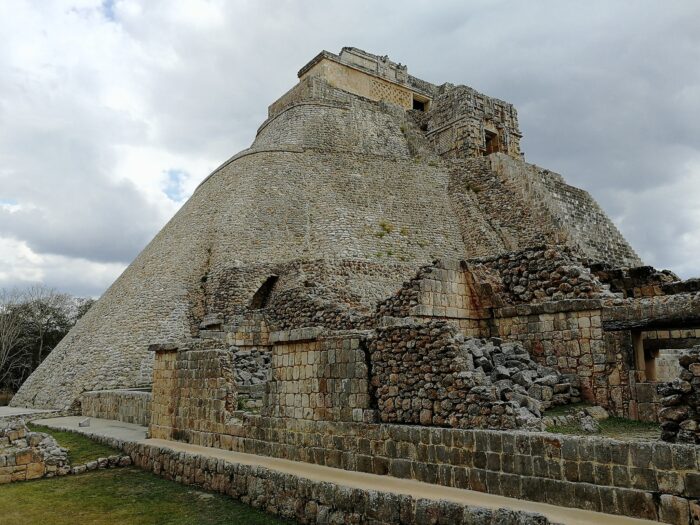 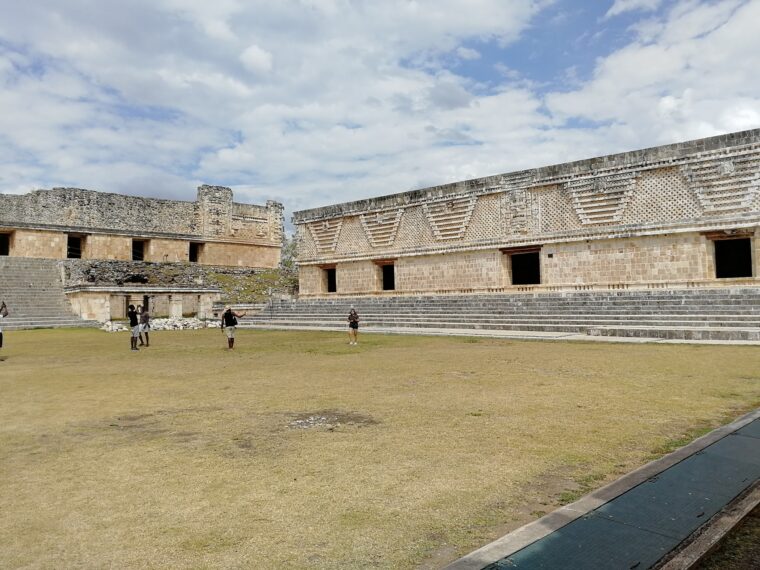 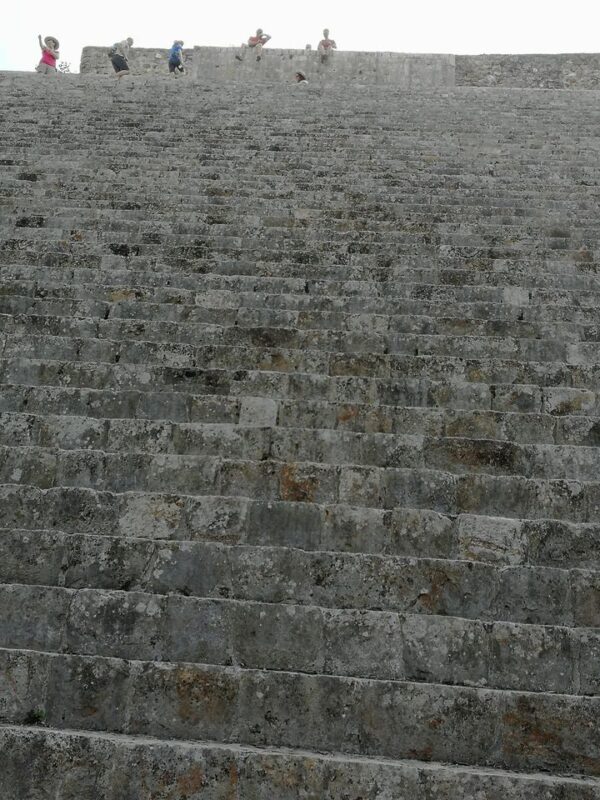 Yucatan - Mérida - Monument to the Fatherland (Monumento a la Patria), a sculpture depicting Mexican history from the Mayans to modern day. - Elter photo