1. For European and South American vacationers Playa del Carmen is better than Cancun - more intimate, the atmosphere is somehow friendlier

2. The sea at Playa del Carmen is not wavy like at Cancún (except July-October).

3. the lively Quinta (5th Avenue) in the evenings

10. Taxi is much cheaper than in Cancún.

11. For those who are not staying in the Playacar area, we highly recommend our favorite beach, Playa 88. The background of this public beach is not hotels but nature, and there are convenient facilities like showers, toilets, dressing rooms.

14. much well-shaped female body to be observed

1. Most of the beaches are overmuch narrow.

2. Some beaches have an unpleasant, even risky rocky bottom at the shallow part.

3. Most of the new construction is tasteful, but some (like these below) are not.

4. Many absent-minded waiters are not sufficiently attentive to your specific requests, even when there are no communication obstacles.

5. At some beaches the seawater is odorous.

6. Most of the taxi drivers shit on the official, even displayed rates from a terrific height.

7. Some shop employees insist that margarine is the same as butter.

8. Even in fancy cafes, restaurants waiters are often ill-mannered, careless. The owners would probably not be happy to know about this.

“Playa del Carmen is a charming little town on a human scale. Some grumblers predict that it will soon develop from a fishing village into a holiday resort because Cancún can no longer accommodate so many tourists, but in any case, its unique and friendly atmosphere makes it feel pleasantly intimate. We bathed in the amazingly azure seas by day, then walked through the streets until late at night, admiring shop windows and bazaars, getting to know the smells, the colorful houses, and the atmosphere, then we went to a local restaurant for a real Mexican dinner –chicken and cheese enchiladas. The streets were crowded with tourists, locals, and street musicians as if the city only came to life at dusk.”


Arriving in Playa del Carmen, we had some difficulty finding our accommodation. The streets are numbered, in the American style, but the streets have all been made one-way, in a manner that struck us as completely illogical.

There is a beautiful park on the south side of 5th Street, next to the harbor, where you can see a Mayan show every night, and once we managed to catch a pre-Hispanic (pre-Spanish era) folk ensemble wearing these fancy-dress outfits, spinning head-down. The show is performed wonderfully and is actually a ritual ceremony called "Danza de Los Voladeros" or dance of voladors (volador means someone who flies), which originates from the state of Veracruz. In the past, the natives "spun" for the blessing of rain, but today it is only a tourist attraction. In 2009, it was added to the UNESCO World Heritage List. The idea is that they start playing on a flute and a tiny drum, and then everyone climbs to the top of a 20-meter-high pole to this song, where they tie ropes to themselves and spin upside down, accompanied by the flute music. Of course, huge applause and some remuneration are their rewards for the stunning performance.

The beach of Playa del Carmen is quite long, and is clean and well maintained almost everywhere, with white sand. At times it is calm, but when the wind blows the waves can get quite big. The beach consists of four distinct parts. Starting with the southernmost, the first is Playacar, which has huge hotels and is centered on the busy marina. The second consists of the port and the second, a smaller ferry terminal. In fact, this sometimes crowded section can be considered the town beach and is where many locals can be found. It also seems safe, as a striking number of police officers walk up and down and remove suspicious-looking individuals (mostly locals) from the area. We did not meet a single pushy vendor walking up and down the beach selling armbands or drinks. The third section of the beach is located up from the smaller port, where there are two larger hotels and several beachside clubs. At first glance, it gave the impression of being a kind of "cosmopolitan" area. And the fourth distinct section is a little further north, and is a kind of deserted beach, without crowds or pounding music, so it was also our favorite bit.” (2016) 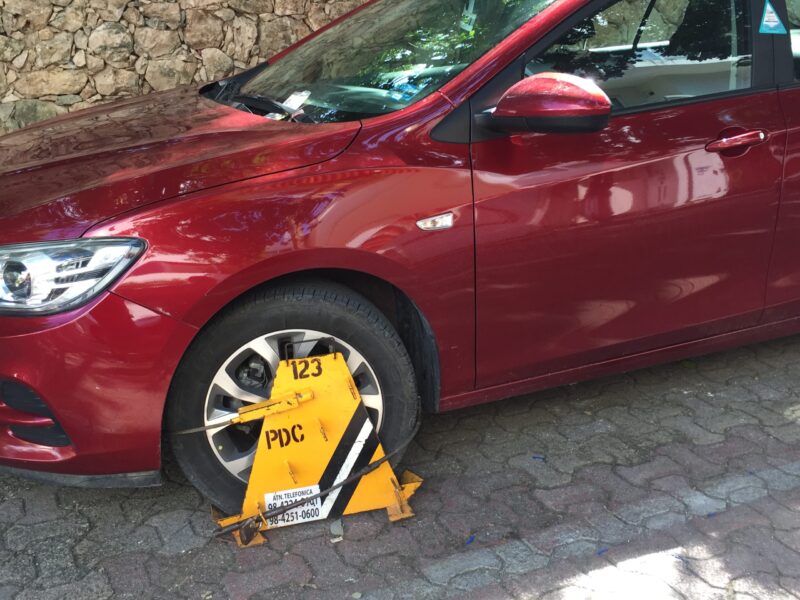 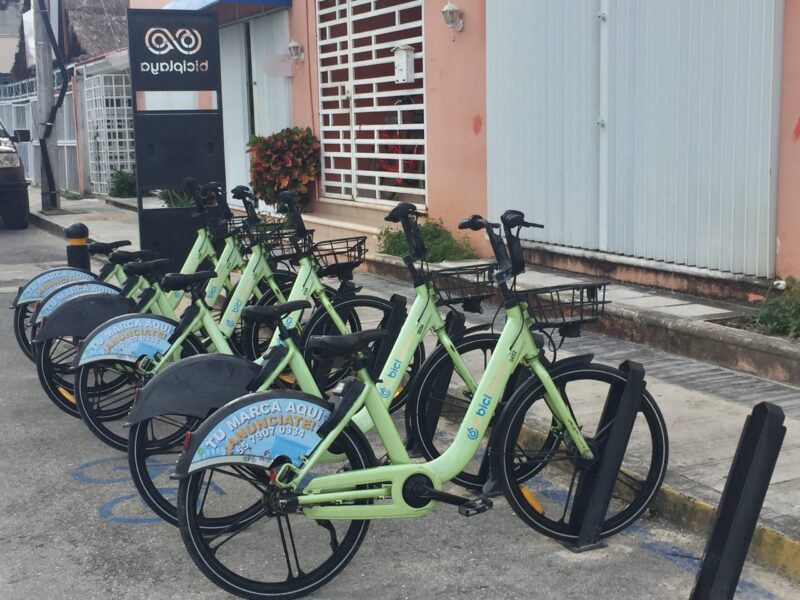 ,, You may have to wait a lot longer to be served in the restaurant than you are used to, and they don’t bring or do things in the order that would make sense to us. For example, they didn’t understand why we ordered French fries as a side dish to the meat, so they brought them out on a separate dish as an appetizer.

Usually, the garnish is included in the price in a restaurant and it’s not possible to order meat, fries, or a mixed salad separately on the side. The most common garnishes here are beans and/or salad.”

“Playa del Carmen pedestrian street (5ta Avenida) + hotel armbands. The trick is that vendors often look at the wristbands of people walking along the street and already know at first glance which hotel they’re staying at. Based on this, they trick people by calling to them and saying “don’t you remember? I was your waiter at x hotel yesterday!” That’s how they try to initiate a conversation, after which, of course, they attempt to sell something to the unsuspecting tourist.” 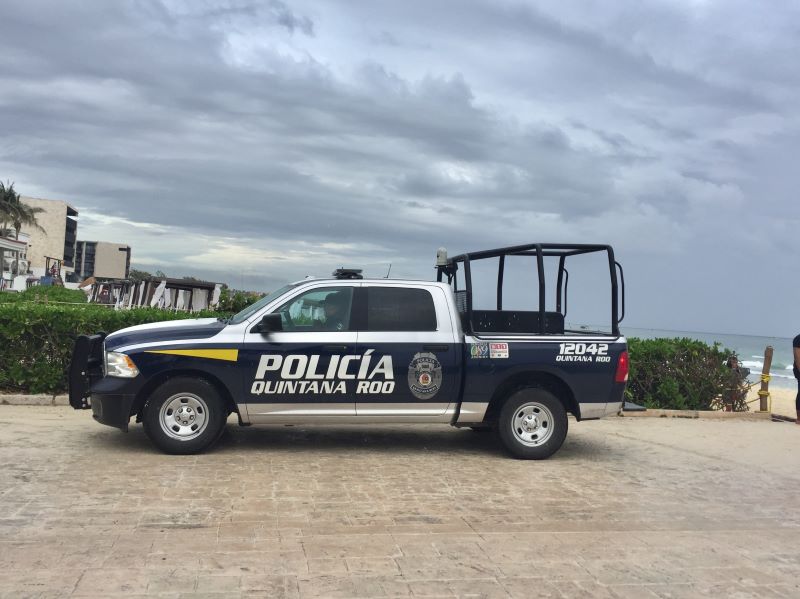 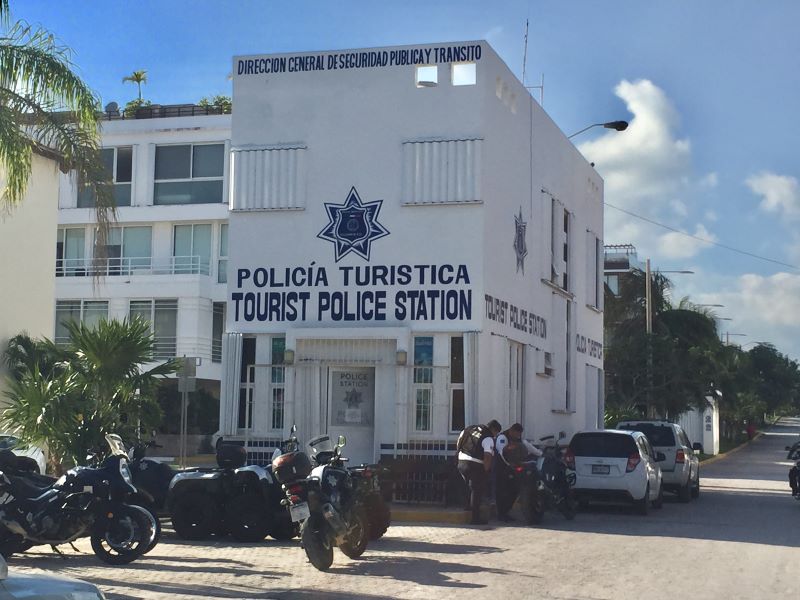 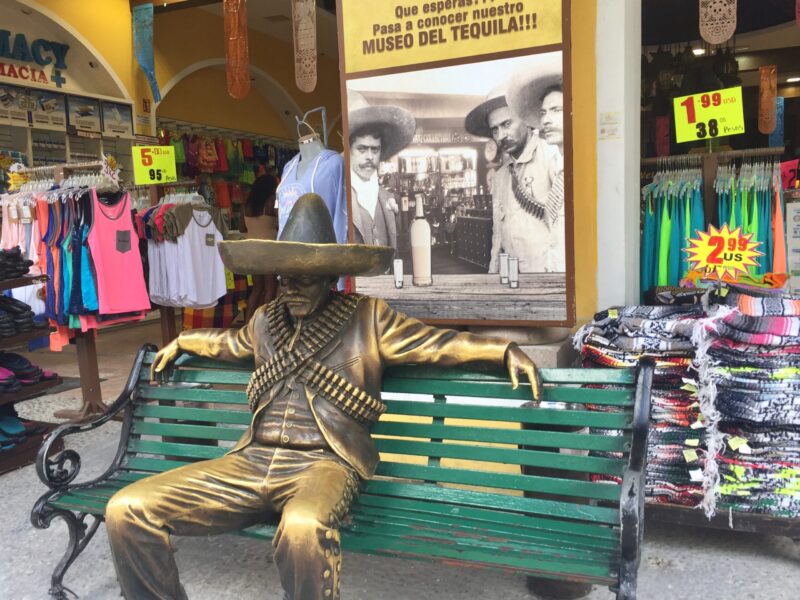 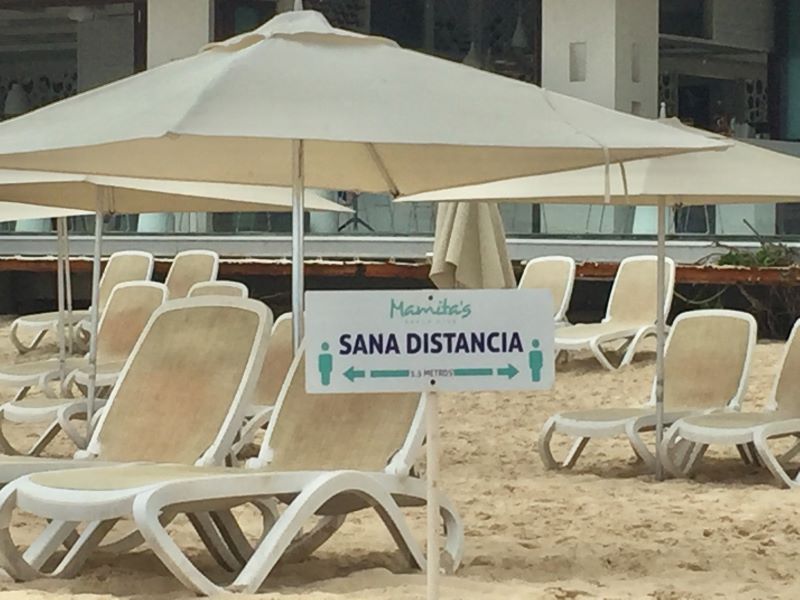 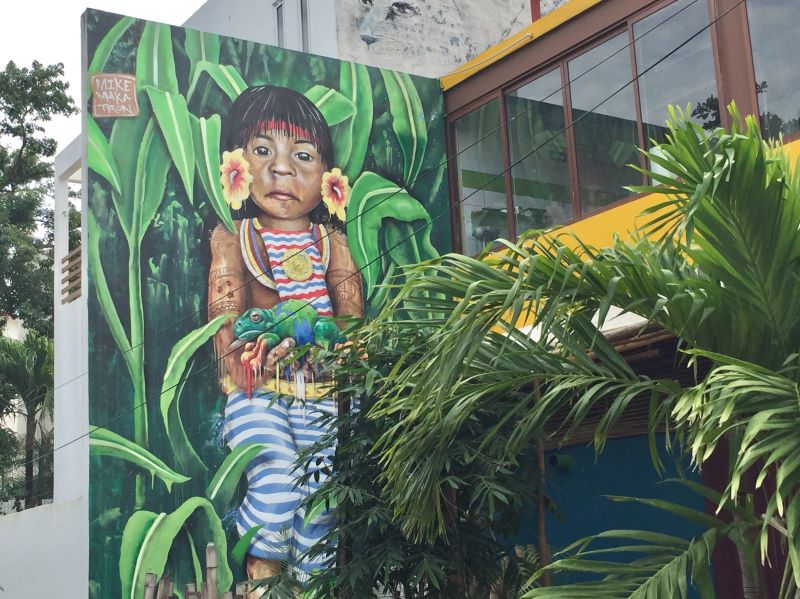 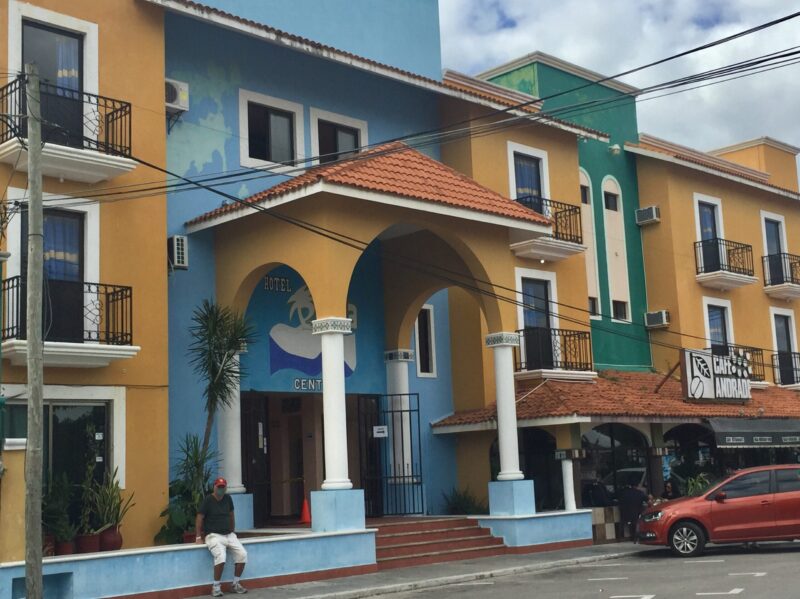 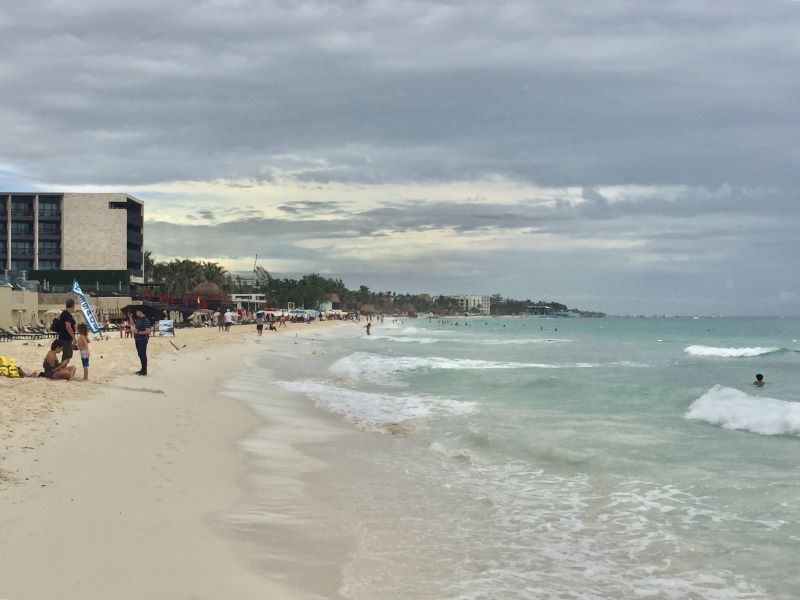 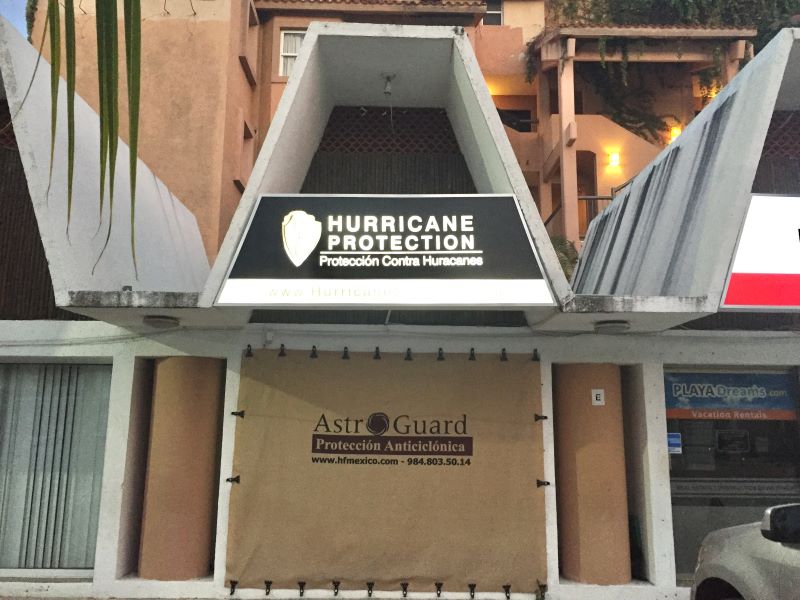 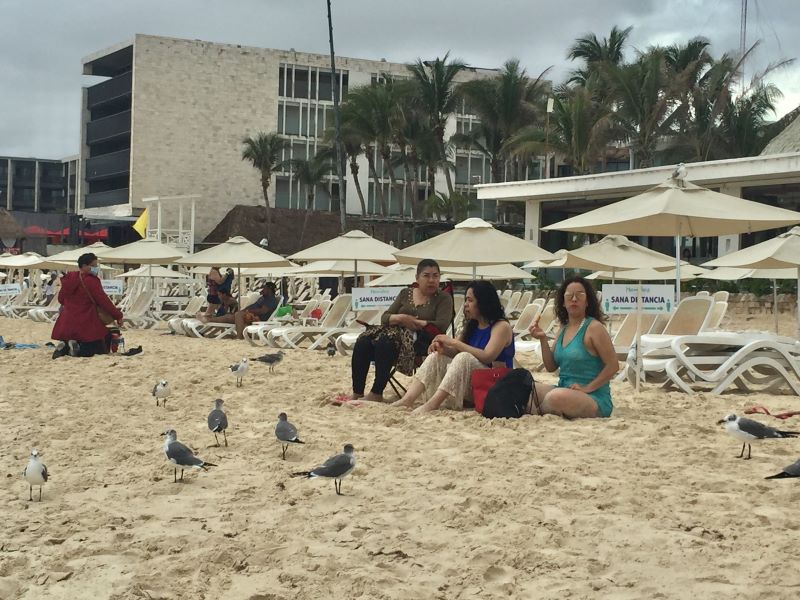 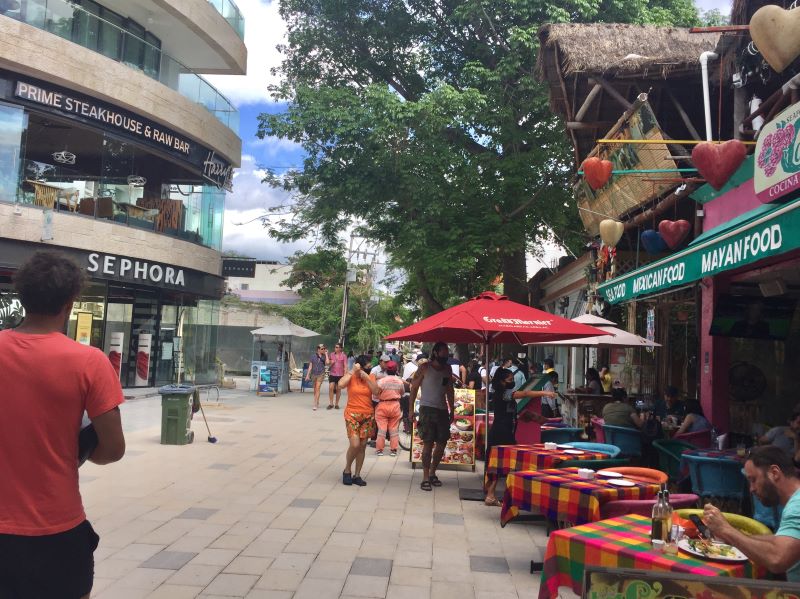 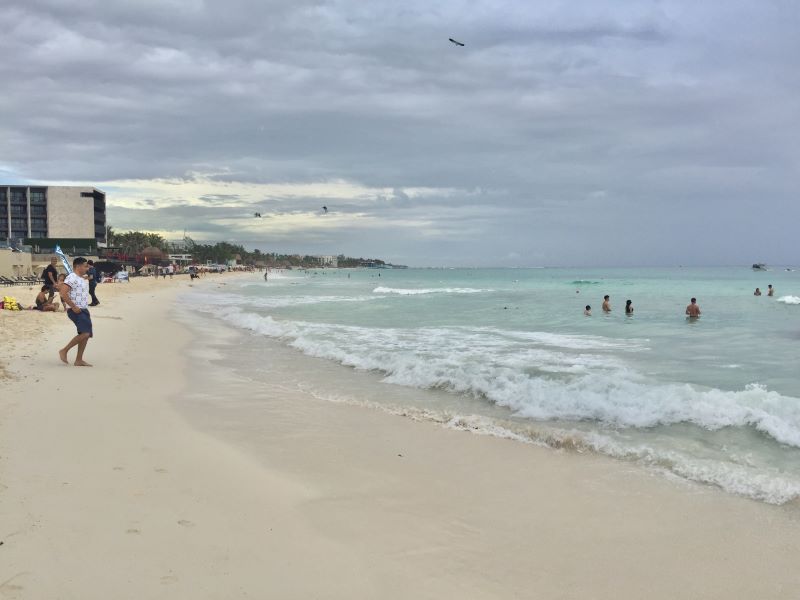 “Akumal was a huge disappointment. You have to pay for parking, for access to the beach, and for snorkels, which you can rent from a company that specializes in this. And then they’ll tell you what it is and how to use it, all for a separate fee, of course. The beach is stony, with rocks hidden everywhere like mines, and there are huge crowds. The positives: I didn’t see any turtles getting dragged out of the water, but then I didn’t much in the way of turtles either. And there is a changing room and shower. I won’t be back.” (Krista, 2021)