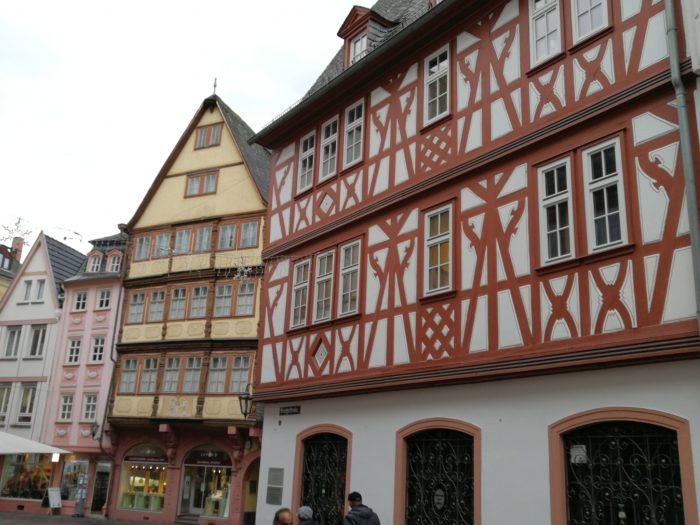 1. The old town with its cozy streets and the city’s spectacular location on the Rhine

3. I’m not an enthusiastic wine consumer, but Rhine Riesling was fantastic when tasting wine in Mainz

4. Locally brewed draft beer in the Eisgrub-Bräu, which is the factory pub of Mainz brewery

5. The Saturday farmers market on the Markt

1. Local beers are delicious and strong, but damn expensive (a pint of draft beer up to 4-5 euros)

2. It seemed to be a good idea to rent a bike, but we didn’t foresee the existence of the tiring ascents in many places within the city

3. The interior of the cathedral seemed too gloomy

4. Some parts of the Gutenberg Museum lack explanations in English

5. Some corners of the city are surprisingly dirty and I don’t know if it’s the sin of the massive student population or not 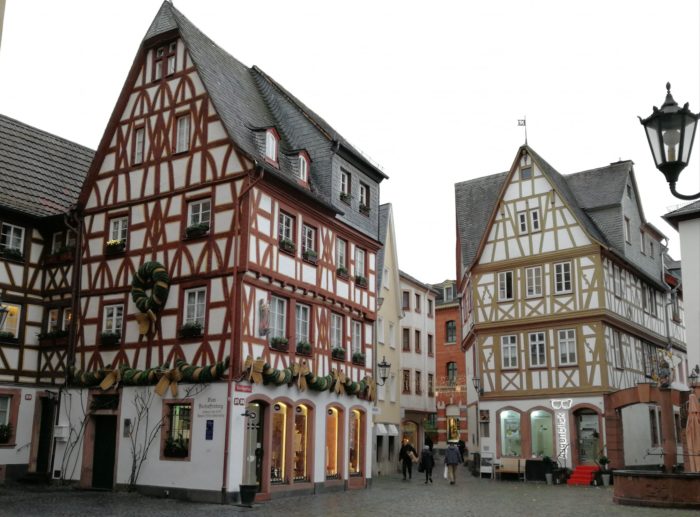 “When it comes to Mainz, two things are worth mentioning. One is very well known, the other less so. It is well known that Mainz has a special relationship with printing since it was in this city that Johannes Gutenberg (1390 – 1468) the inventor of book printing, was born and died.

What is less well known is that Mainz has a special relationship with vineyards, and old engravings depicting the city show that not all the precious land enclosed by the city walls was occupied by buildings – a fairly large area was left aside for vineyards. It is not too unusual to see an old city surrounded by vineyards, but rare indeed to see them grown inside the city walls.

Beneath the ruined citadel of Mainz is perhaps the world’s smallest vineyard: a tiny plot with just a couple of rows of vines, each planted by an artist or statesman. Wine cellars can also be found around the edges of the city center. The old city vineyards were gradually lost to road and building construction, but the wine cellars survived even the bombing of World War Two, and some viticulturists still make, store, and mature wines from more distant vineyards in this century- or centuries-old cellars. Above the cellars are comfortable, modern houses with attractive balconies. And believe me, in the center of Mainz, in the excellent micro-climate of a two-hundred-year-old cellar, some fantastic local Rieslings are produced. Real ‘urban wines’, they are light and bubbly, and go down easy but leave a lasting impression.”

Mainz is located in central west Germany at the confluence of the river Main with the Rhine, opposite south of the city of Wiesbaden, Hesse's capital. 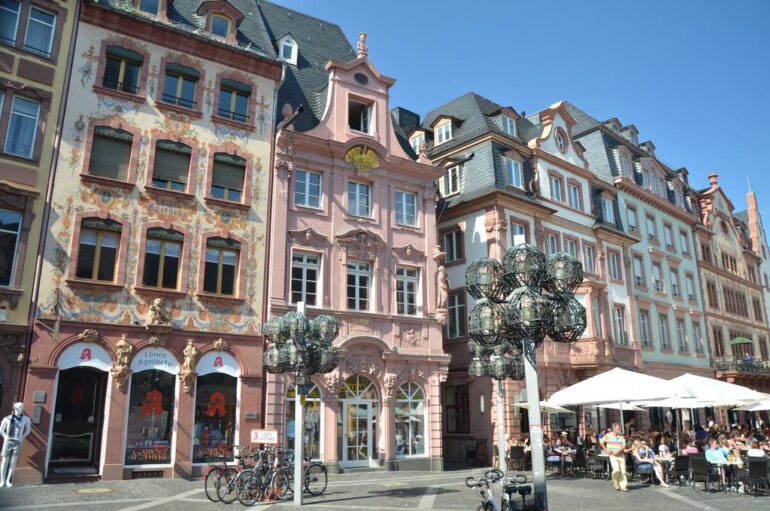 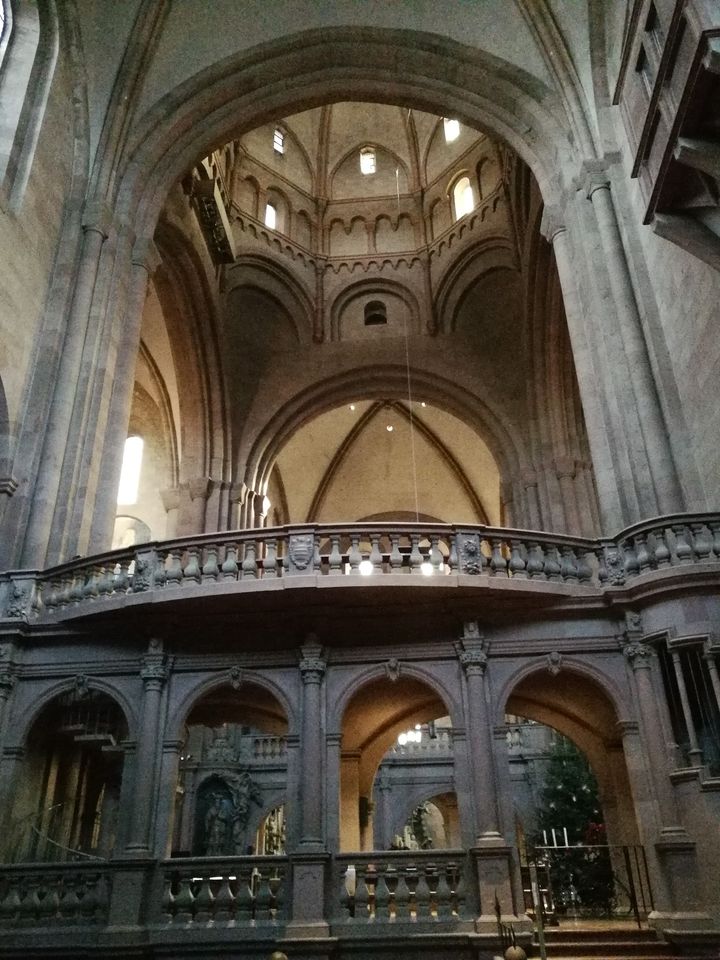 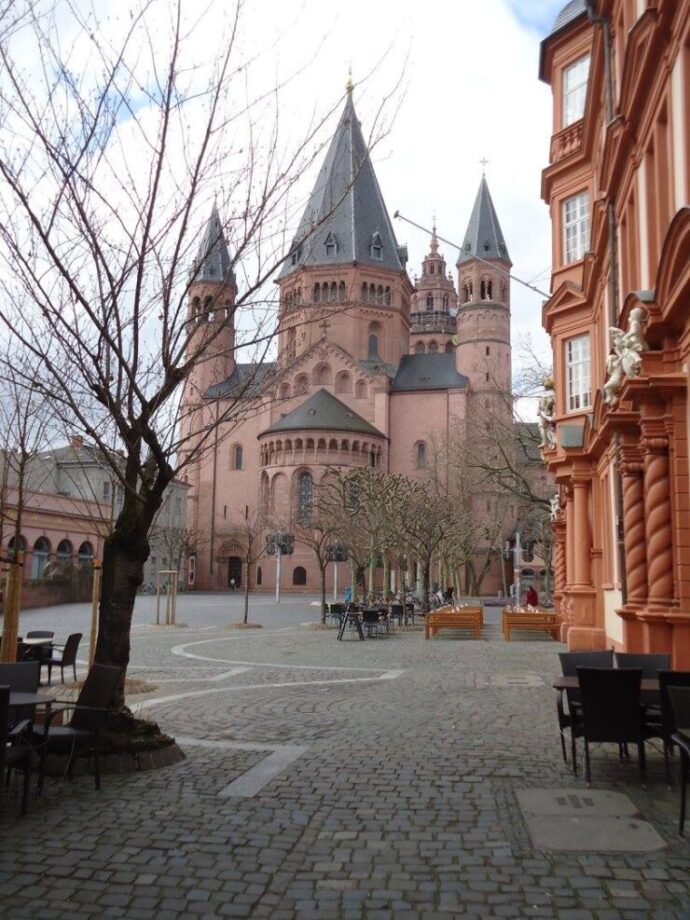 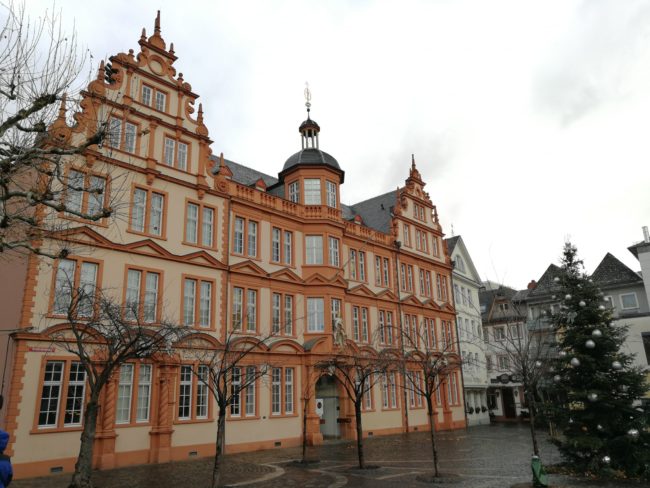 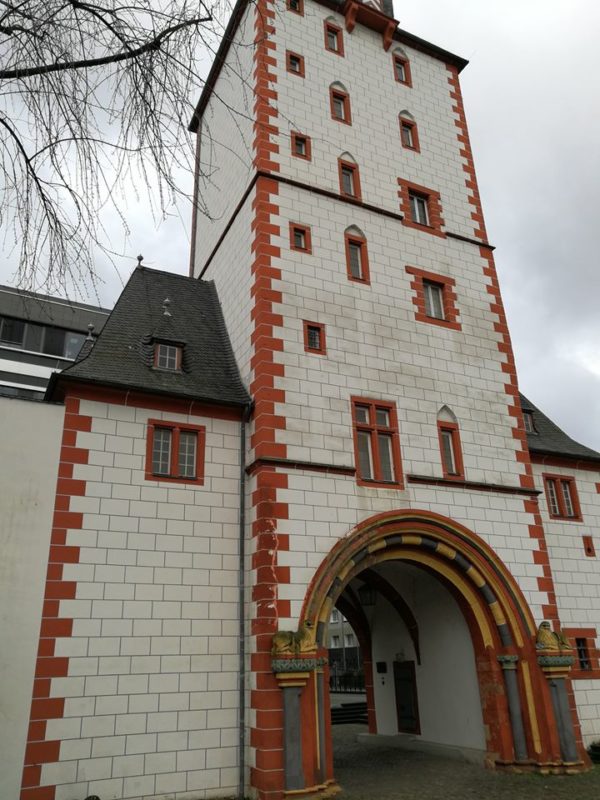