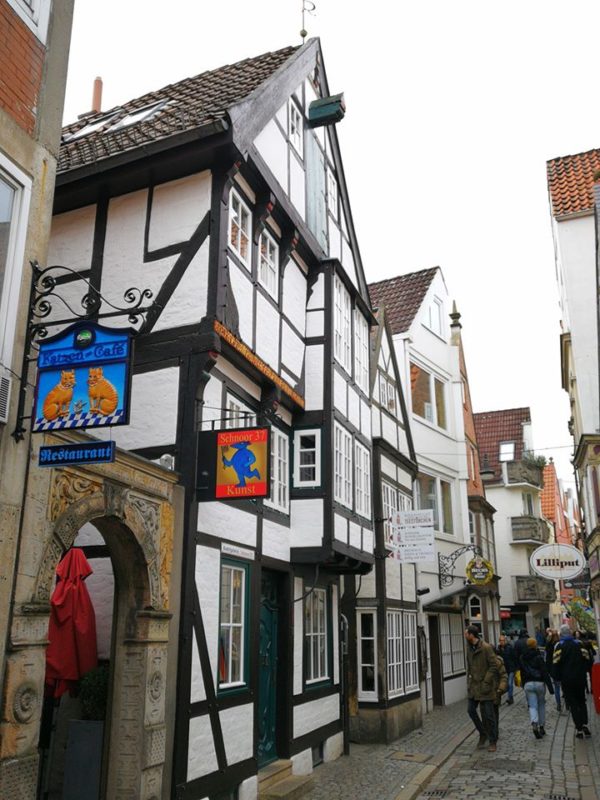 1. The Cathedral (I adore the Gothic architecture)

2. The impressive interior of the Town House

5. The cute little Schnorr neighbourhood with its tiny, narrow streets and galleries

8. Restaurant in the basement of the Town Hall

9. On weekends, walk along the river and watch the picnicking people

1. The natural environment of Bremen is not really exciting

2. There are not many exciting attractions other than the small old town

3. It rained all the time

5. Excessively high prices in restaurants and bars in the Schnoor district (but you’re not expected to be mugged or robbed anywhere in day time)

6. Intrusive people in the market

7.  More pickpocketing, vandalism than in most German cities 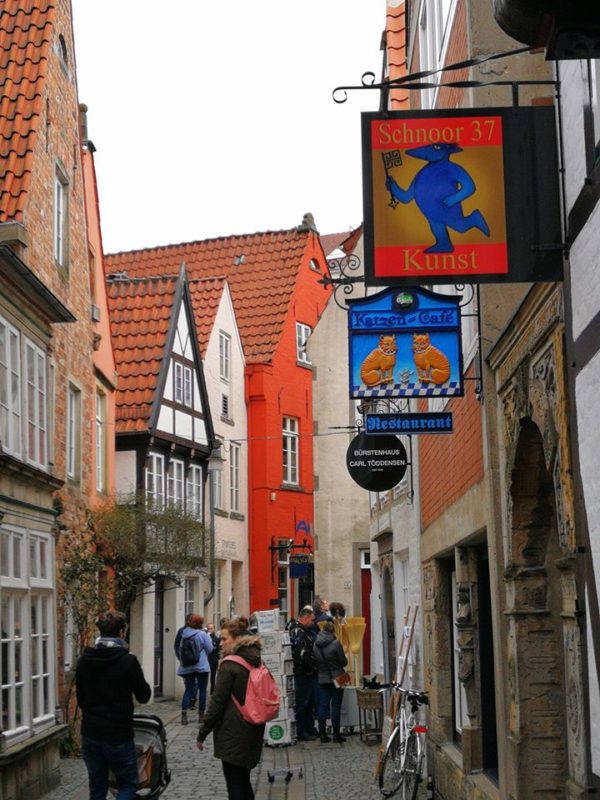 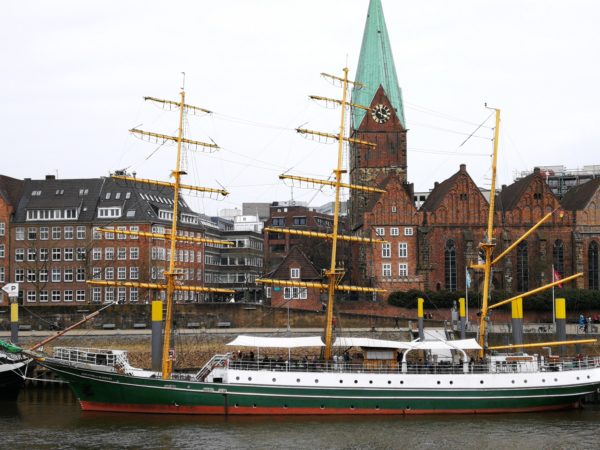 “I like these Hanseatic cities. There is an attractive charm in the remaining examples of their traditional architectural style, and I like reading about their history, because it gives an insight into a fascinating period of European history. Bremen is a city that played a key role in the Middle Ages, since maritime connections allowed it to grow in power and wealth.

The main sights of Bremen are clustered in the center, in the old town. This includes Am Markt, the old marketplace, which is a popular tourist attraction. This is where you’ll find the most spectacular building in the city, the UNESCO-world-heritage listed old town hall. This monument, parts of which date back to the Middle Ages, fortunately survived World War Two with only minor damage, though much of the rest of Bremen’s historic center was destroyed. (2019)

------------------------
“As part of our tour of Germany we stopped off in Bremen -  a city where animals play musical instruments, the doner kebabs are raw and savory, Bishop Willehad built cathedrals, and bicycles rule the roads. Cars aren’t allowed in many parts of the old town. They’re trying to go green, and ‘Amsterdamize’ their city, which is no bad thing. If you wander into the bike lane, though, people want to kill you, and they’ll give themselves tendonitis ringing the bell at you. Everywhere they find a spot in the city center, they chain up their bicycles (even more than in Hamburg).

The Schnoor district may be the quaintest, most charming district of Bremen. Narrow streets and rows of terraced houses. There are still houses which survive from the 1500-1900 period. The city was so crowded in the Middle Ages and the hygienic conditions were so bad, that plague spread here quicker than photos on a teenager’s Facebook page. Now most of the old buildings are restaurants, design shops and cafés, but some are still family homes.
The other most interesting district is around Böttchenstrasse, which is a narrow street. It used to have a market, before becoming an artists’ district, but during the Second World War almost the whole area was destroyed. Now it has a lot of hotels, cafés and sweet manufacturers. Every house is built of red brick, and decorated with statues.

Grimm’s fairy tale about the town musicians of Bremen was a great marketing coup for the city – there are kitsch souvenirs, t-shirts, mugs, and everything else that can feature the donkey, dog, cat and rooster. On the main city square is a modern statue commemorating the fairy tale.

The main city square is pretty, but (I think) nothing special. The huge Saint Peter’s Cathedral dominates this space, and looks more or less like other German cathedrals from the same era.” (2017) 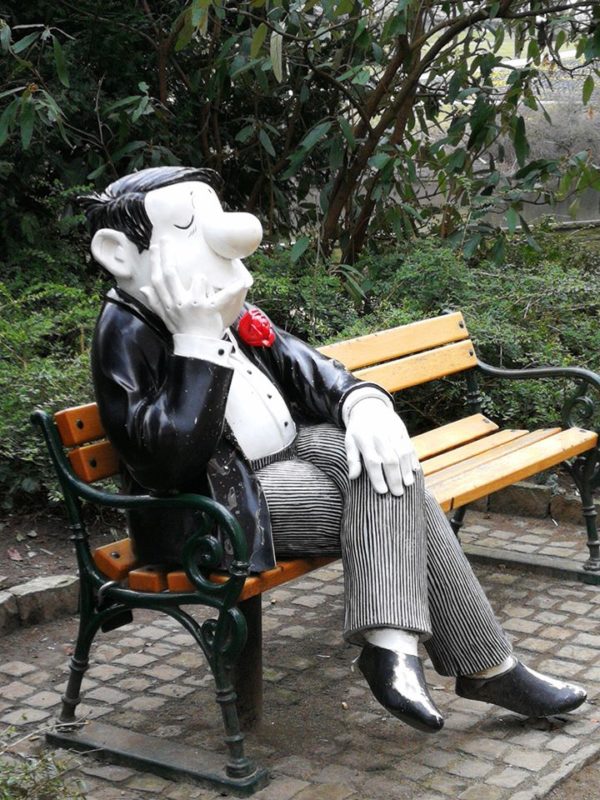 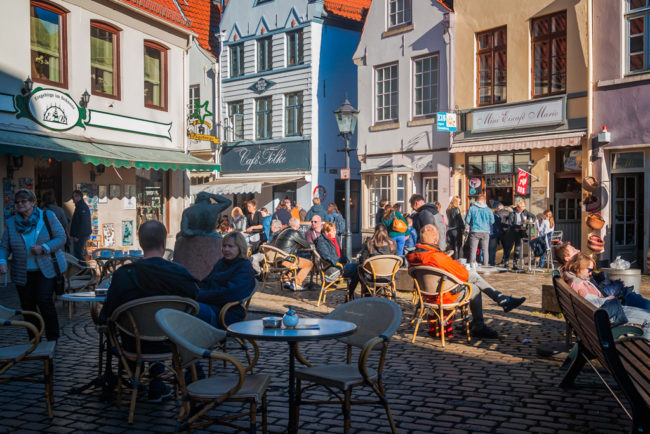 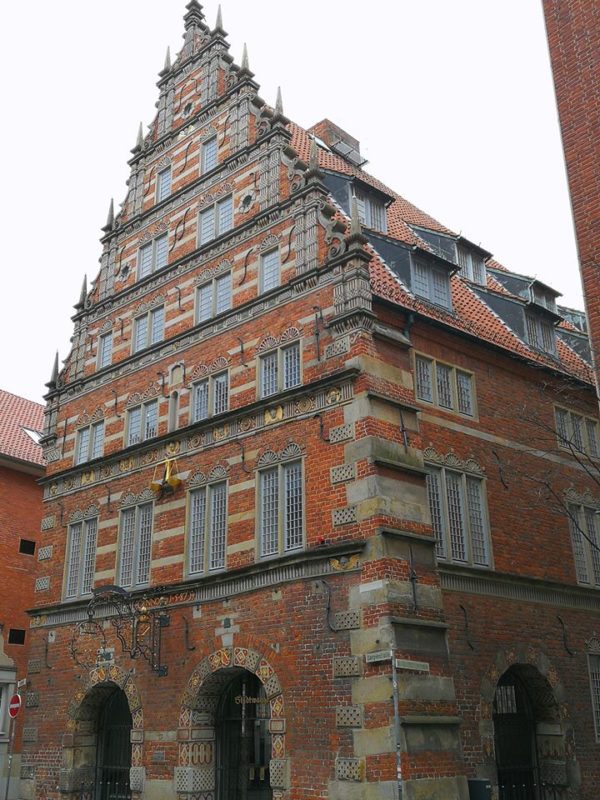 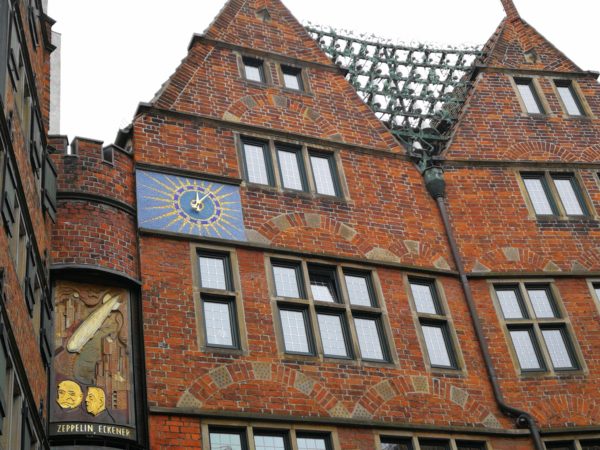 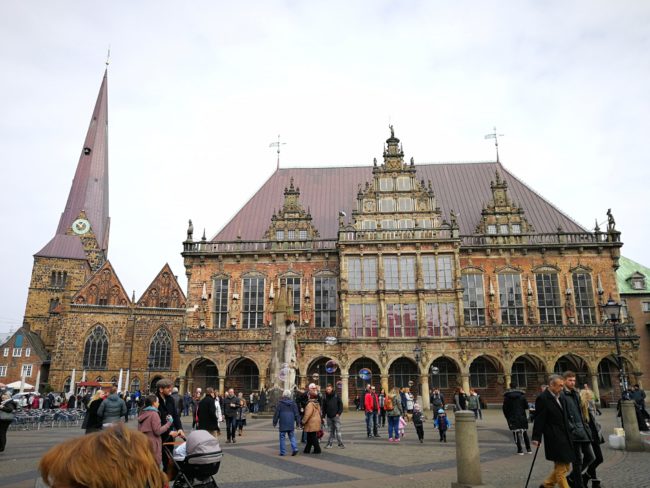 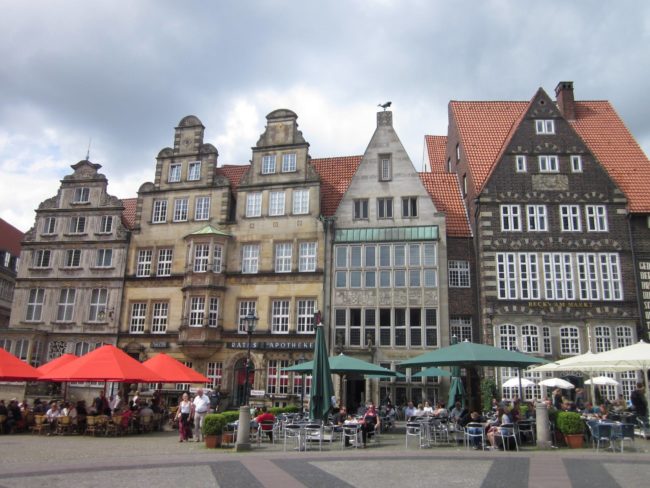 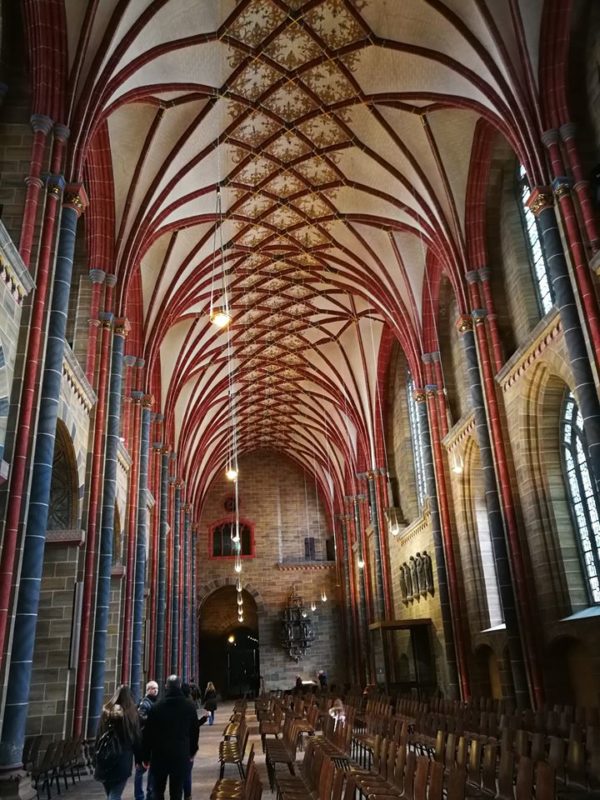 Bremen - a statue evoking a famous German fairy tale by the Brothers Grimm, , The "Town Musicians of Bremen" - r.g. photo 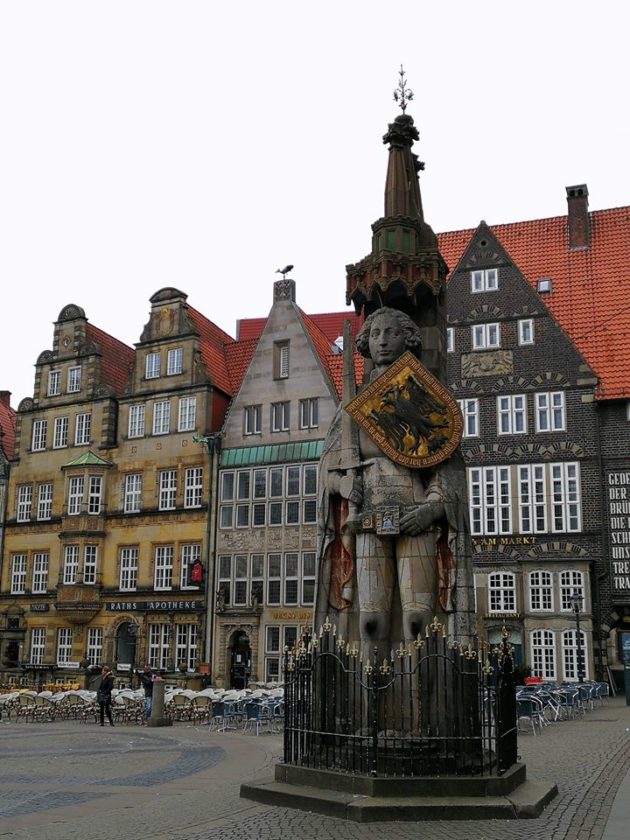