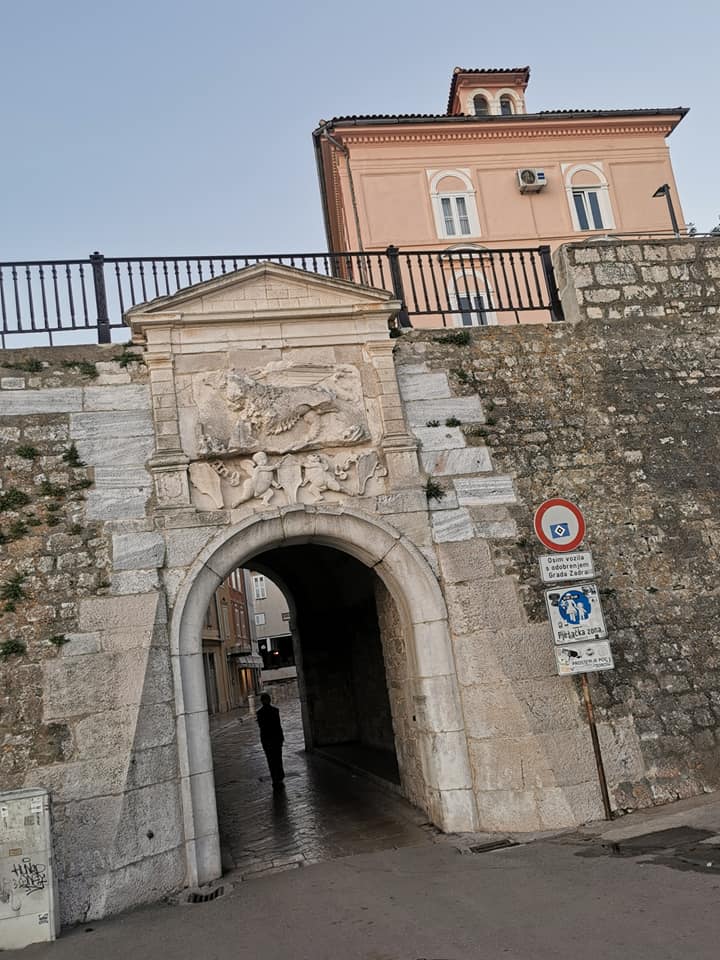 Zadar - one of the gates in the city wall - Ata photo 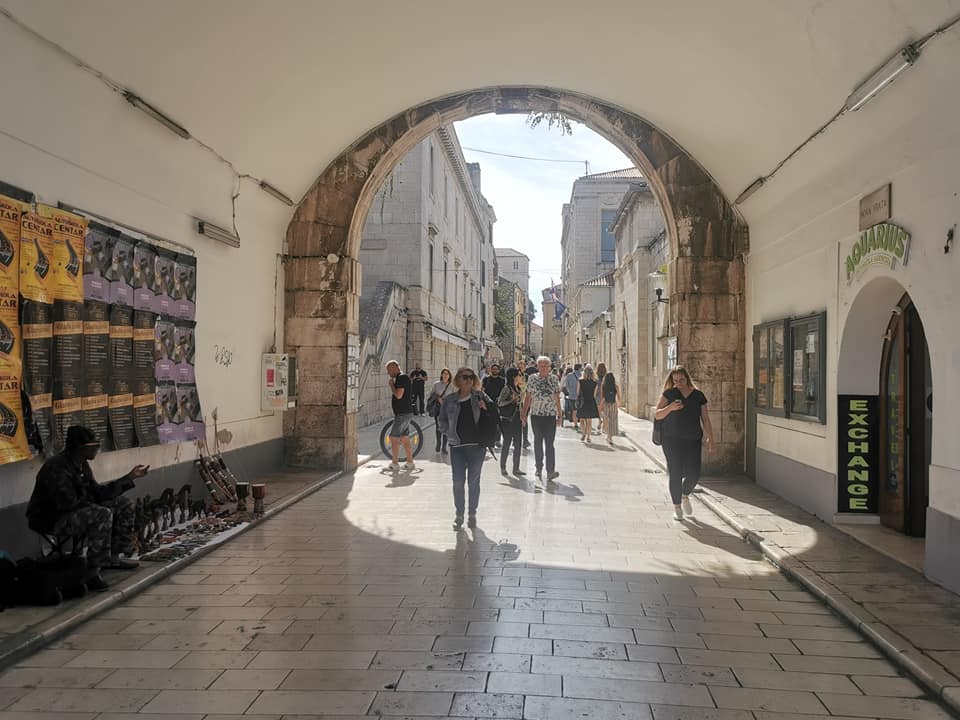 “The old town itself is very nice, charming, full of small alleys and churches, and the whole thing has a very Italian atmosphere (first the ancient Romans lived here, and it later become part of the Venetian Empire, which shows). At the tip of the peninsula is the Sea Organ: pipes have been installed under the water, so the waves make sounds similar to an organ. You can sit here on a flight of stairs, stare at the sea, listen to the organ, and watch the sunset, but the long beach promenade is currently being reconstructed.
On the second day, I took a ferry across to the island of Ugljan, opposite Zadar, and visited the town of Preko (ferry: 19 kuna each way, tickets can be bought at the Jadrolinija office at the end of the port). Preko is very quiet, and there isn’t very much to see. Opposite the city there is a small island with a monastery, it cannot be visited, but in theory boatmen will take you over and you can stroll around. However, I did not find a single person who would take me over, so I only saw it from the mainland. There is also St. Michael's fortress on the island, which is visible from Zadar, and it seems pretty high.” (r.i., 2022)
________________________________________

We ended a one-week holiday in Makarska with three days in Zadar. It was a huge disappointment for us, especially after the Mediterranean Makarska. Only the old town could be called beautiful. The rest of the city is dirty and boring, and you don’t feel like you’re at the beach.
Our apartment was in the old town, the nearest beach was 2 km from us, and we couldn’t even see it. It was all so depressing. I regret the money and time we wasted on this city. The sea organ is interesting for about five minutes.
Bars and restaurants are expensive. If you book in a place that does not include a parking lot, prepare your wallet, because the fees vary according to zones. We found a place in zone 2, which costs 20 euros per day. Zone one is the most expensive, and in the cheaper zones, it is almost impossible to park the car.
We will never set foot here again! Anyone who claims that Zadar is a good destination is either lying or has no basis for comparison. The beach and vacation don't start here.” (Sylvia, 2022)

“We were in Zadar in the evening to see the most beautiful sunset in the world. I tried to take care of everything in advance, we arrived early to make sure we’d find a parking space, and I used the Bmove app (works very well for me) to pay for parking. I paid for three hours, meaning it expired at 8:30 p.m., and the alarm on the phone was set to 8:20 p.m. so that I could add another hour if needed. I did indeed remember just in time, and pressed the button for an extra hour, but it said I had reached a certain limit and it could not add more time.

The family had just started off (the sunset had just ended) so I sprinted to the parked car (I had five minutes left until 8 minutes, and the GPS said the car was 8 minutes away.) I just made it in time, and there were already presented waiting on the windshields of some cars by the corner. The parking attendant came, and I asked why I couldn’t buy an extra hour, but in the meantime it had become clear that 3 hours was the maximum time allowed for parking. The attendant graciously allowed me to stay until the family arrived. That sprint of mine saved me about 100 dollars.

Since I used an application, I didn't even look at the terms and conditions, and of course there was no warning on the application. The bottom line, which may be useful to others, is pay attention at Zadarbana port, because you can only park for 3 hours, or at least the application does not allow you to reserve more.” (2022) 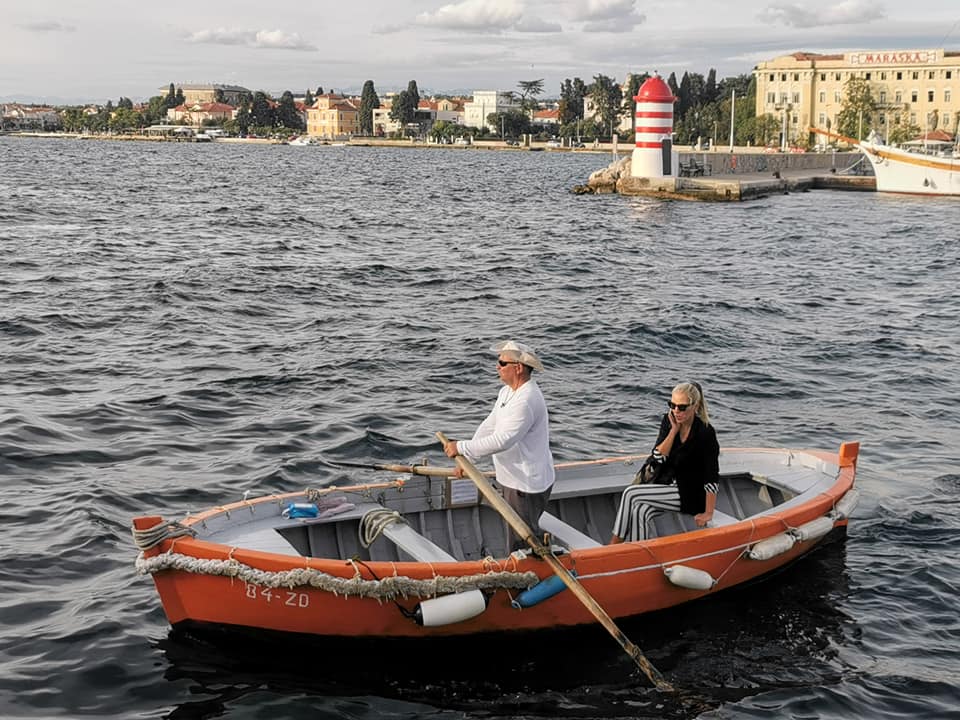 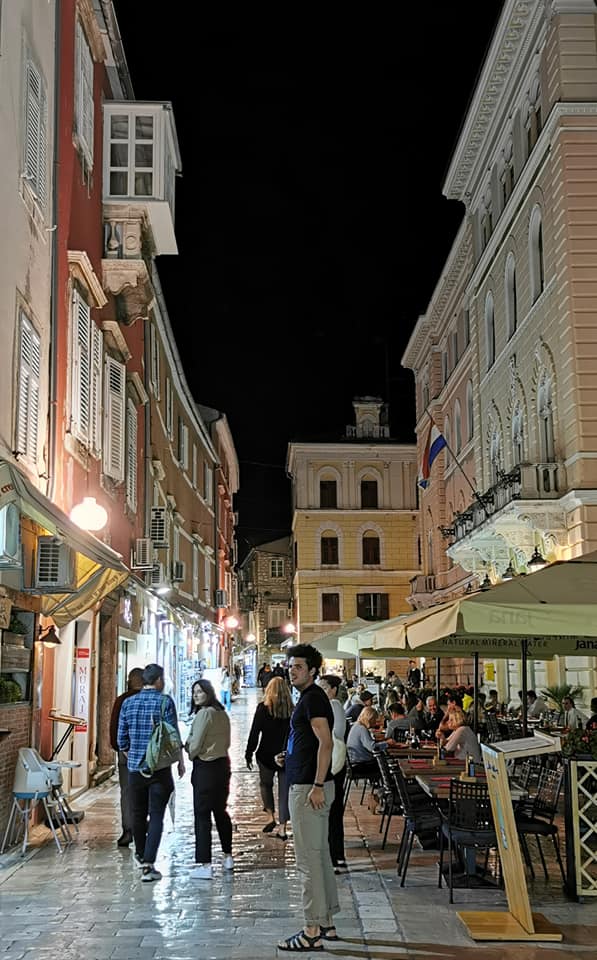 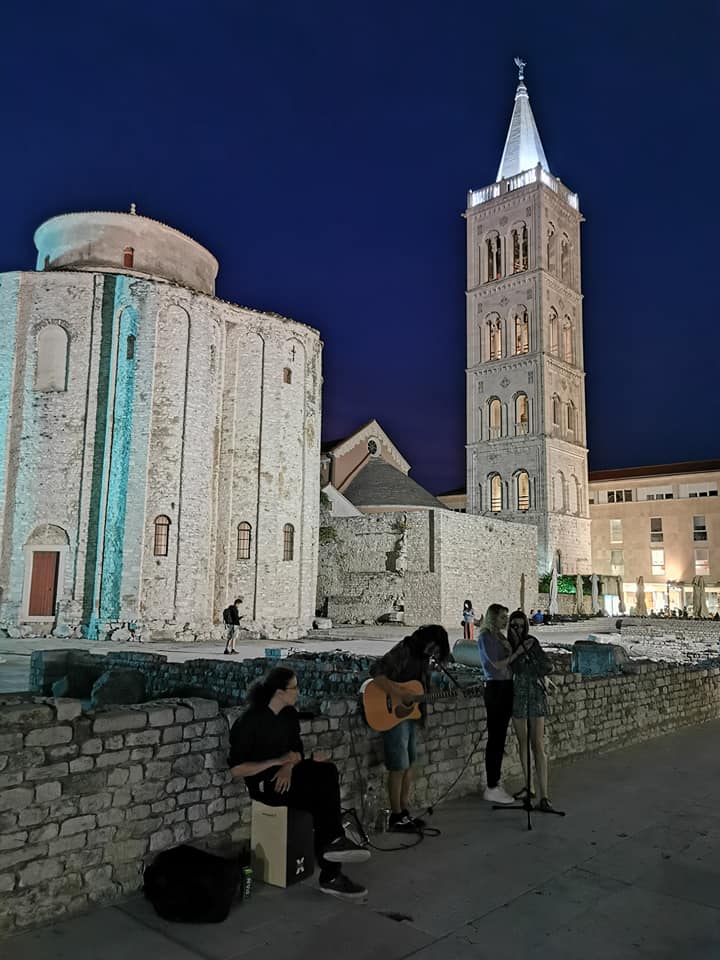 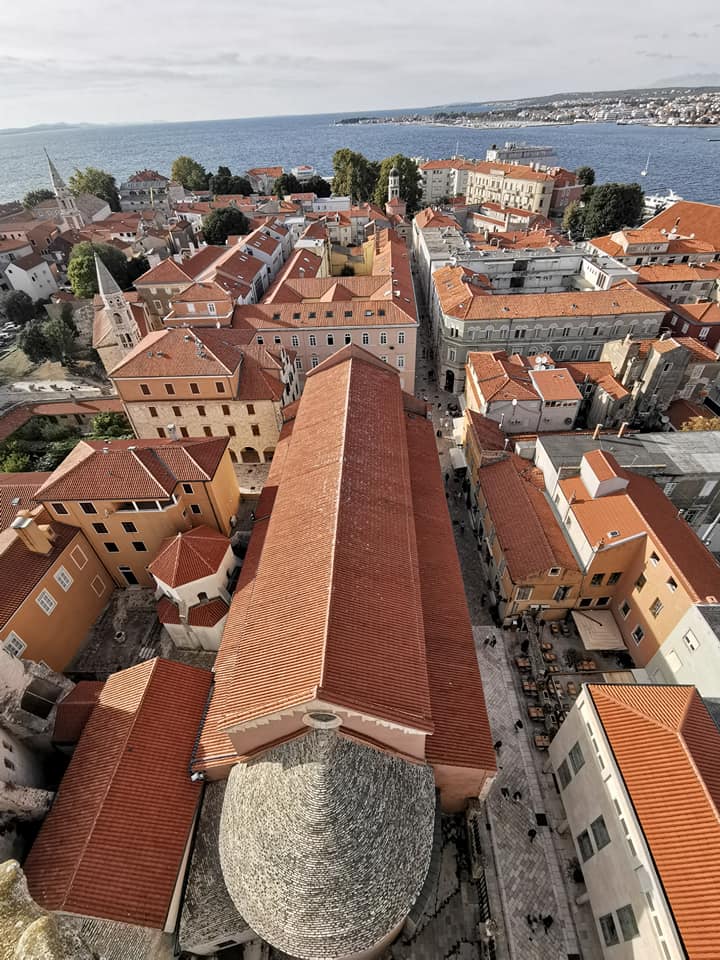 Zadar - Rising high above the city from the bell tower of St. Anastasia’s Cathedral, almost the entire region can be seen, including some islands - Ata photo 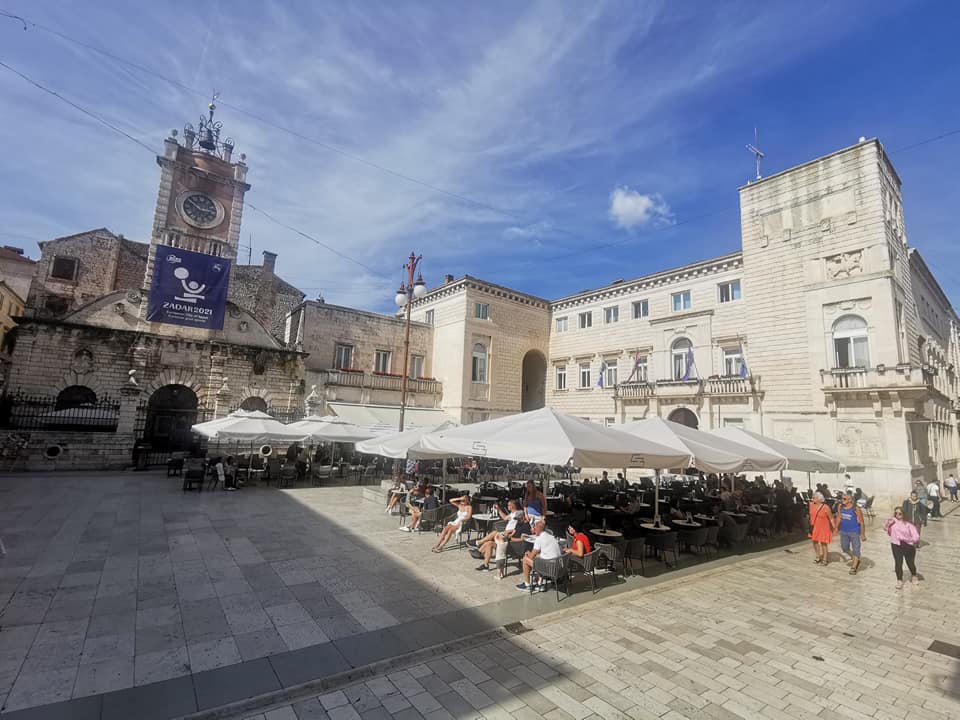 Zadar - the City Hall in the People's Square - Ata photo 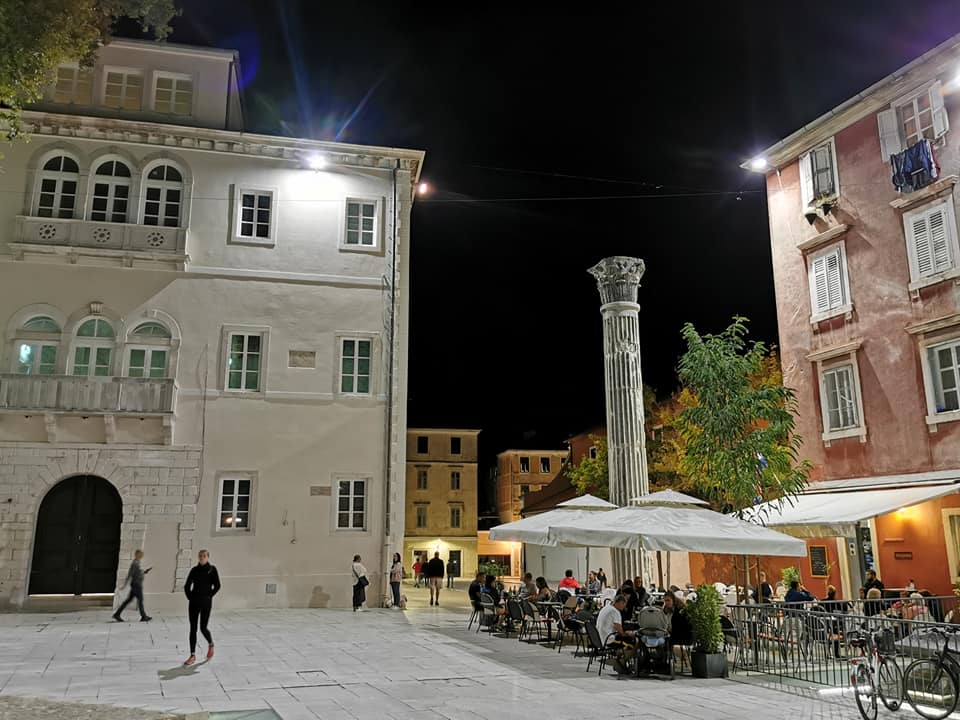 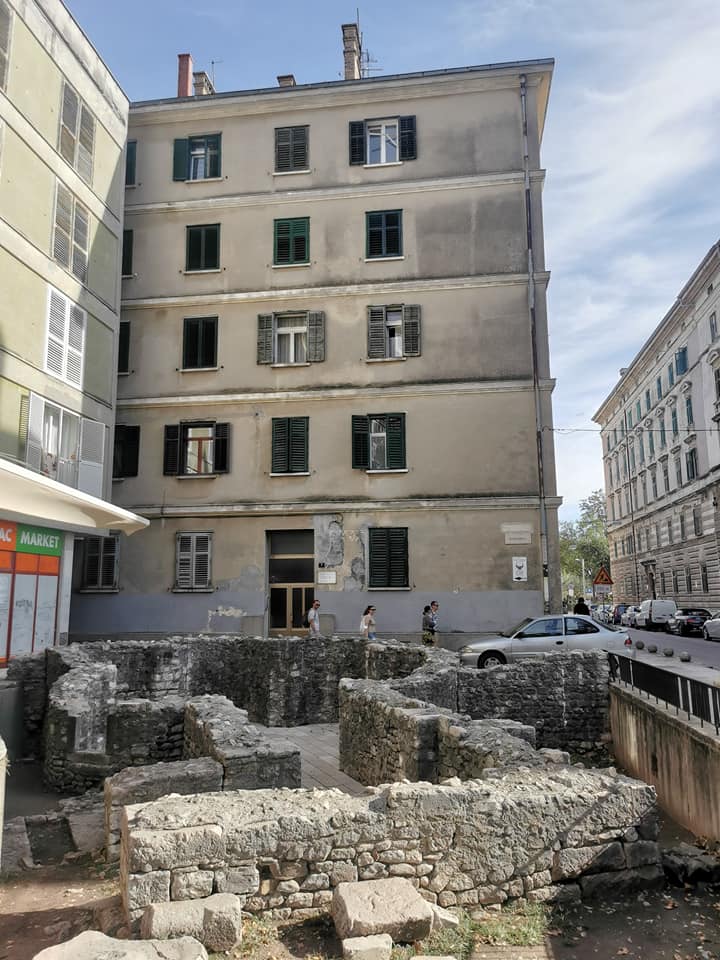 Zadar - some of the Roman ruins - Ata photo 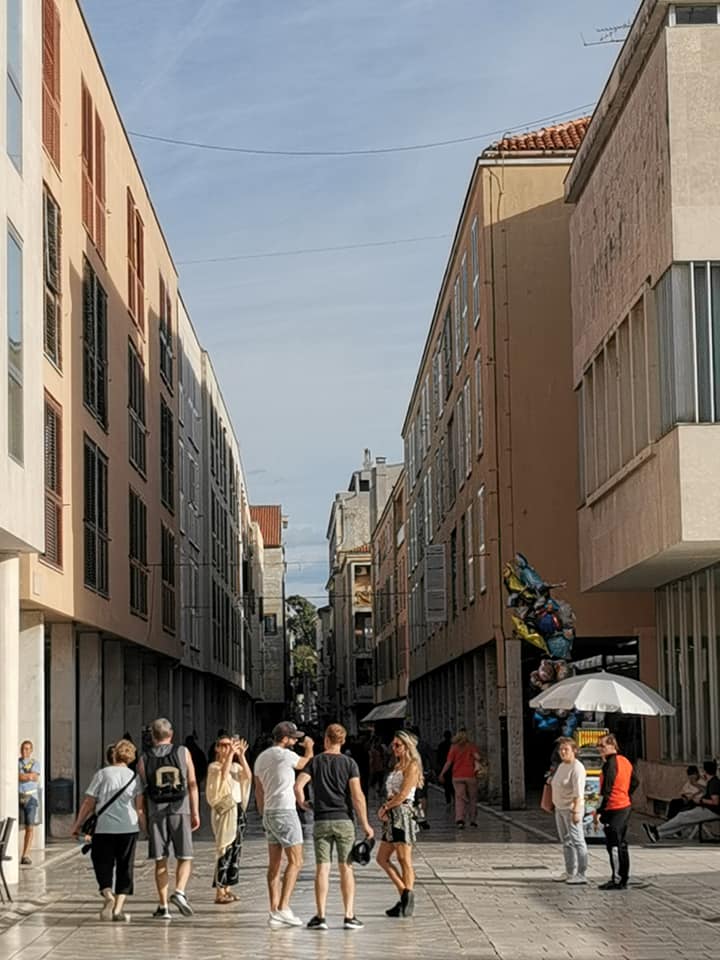 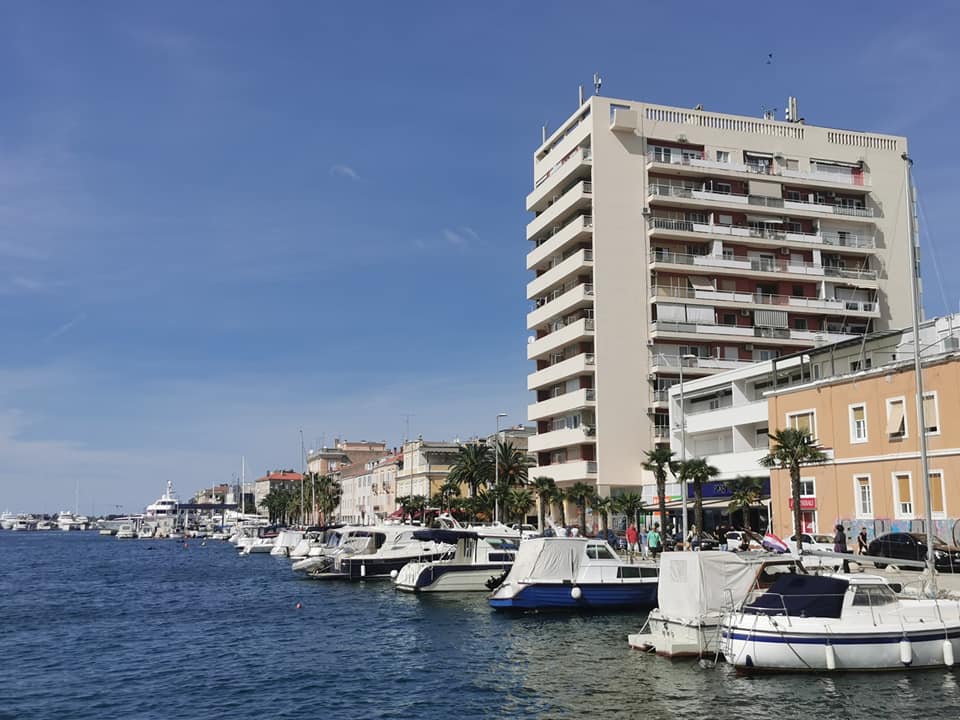 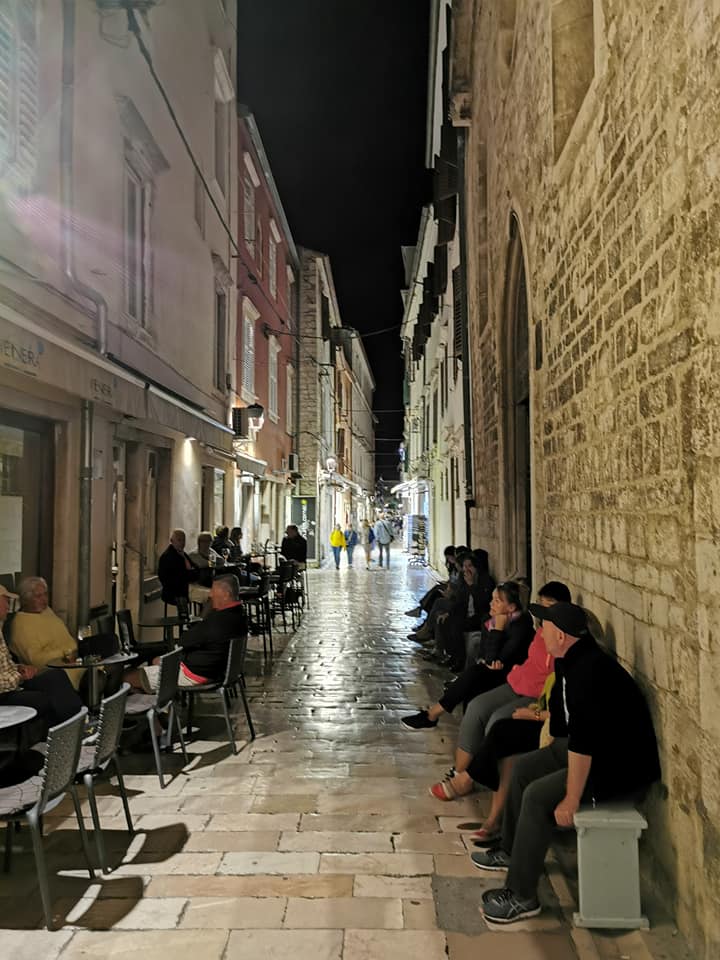 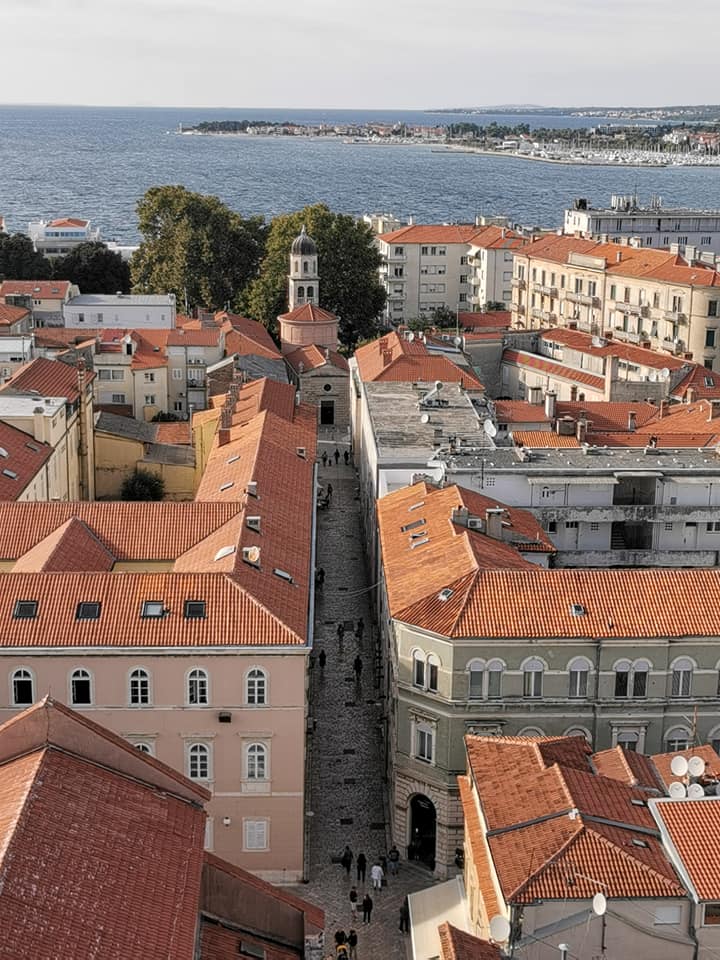 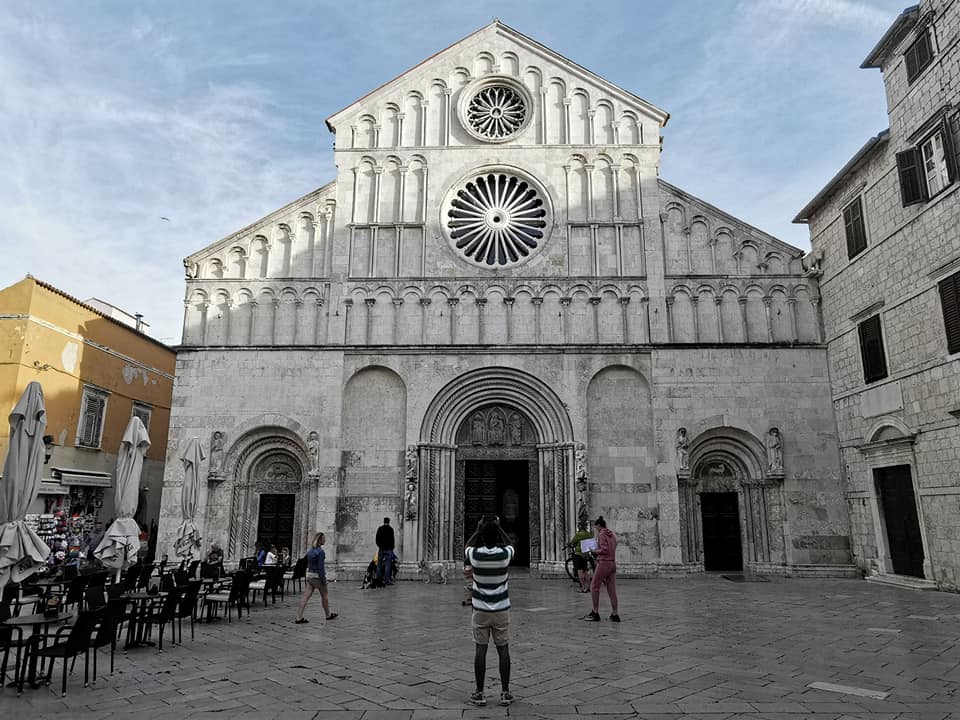 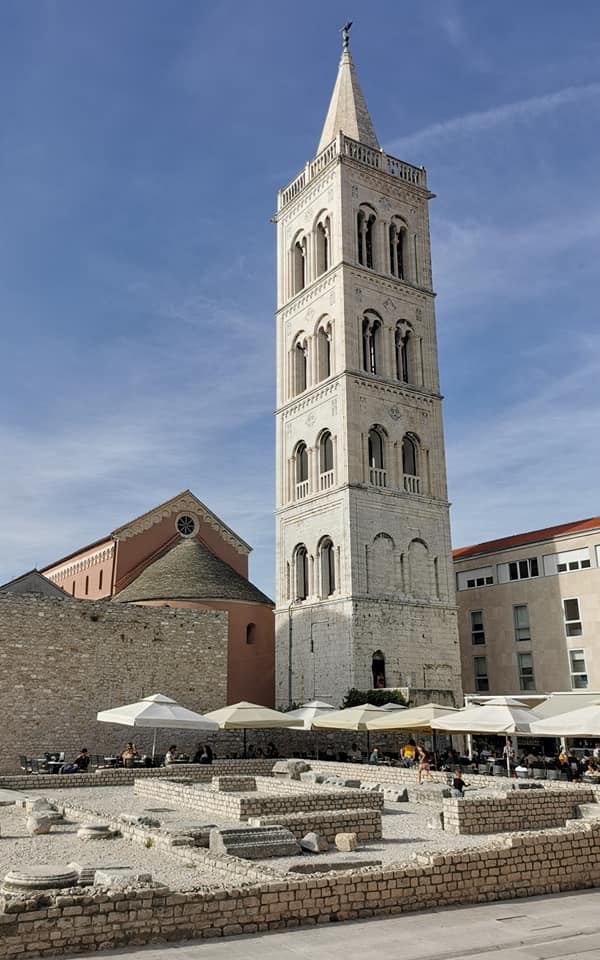 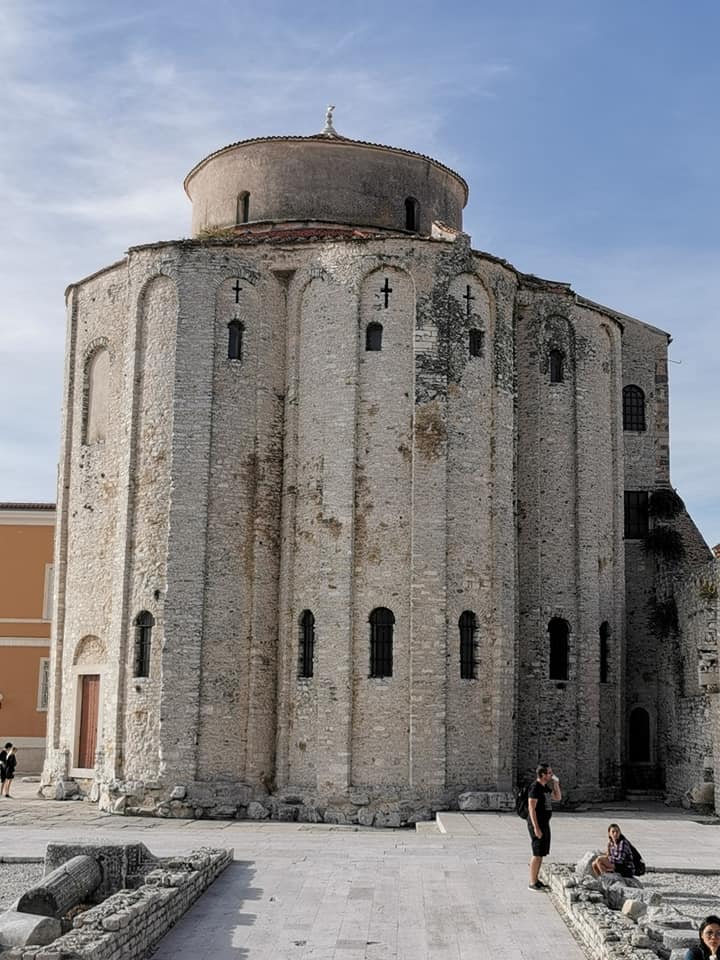 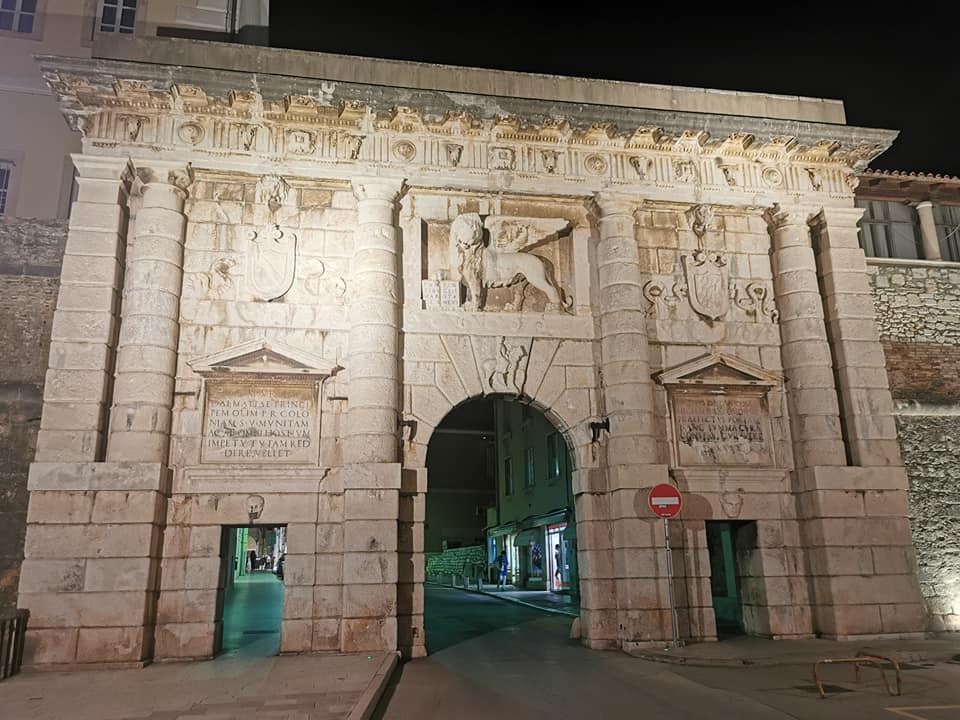 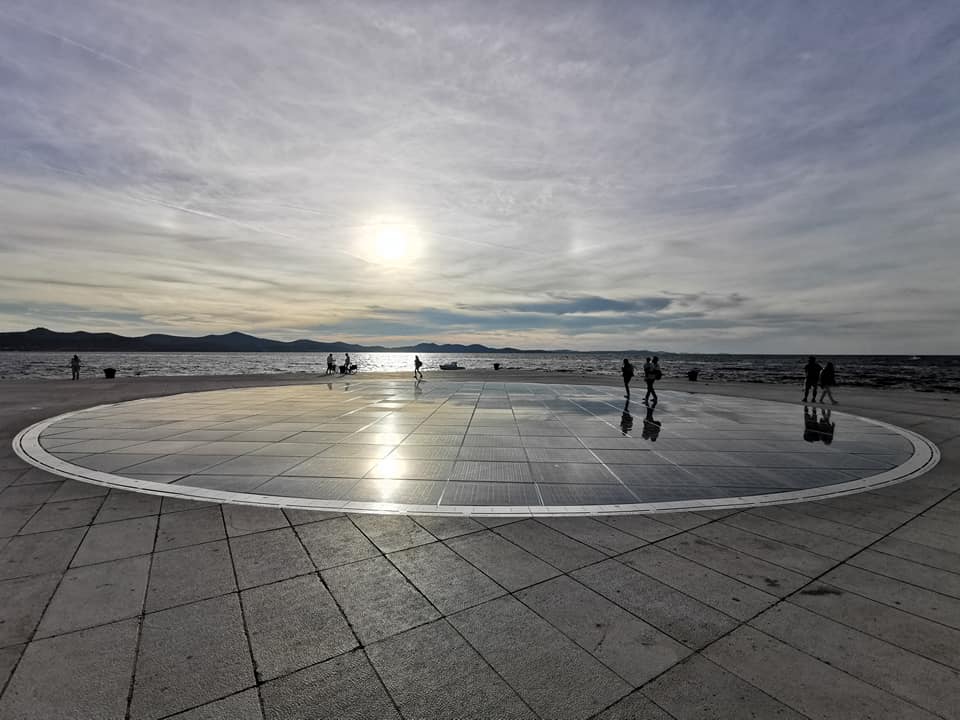