1. Our big favorite: Gordes, a small town hewn into a cliffside

2. Cassis, as the most beautiful local seaside village in Provence

3. We were impressed by the many old and wonderful fountains of Aix-en-Provence

4. Coaraze village, as it is embraced by olive trees

5. The Saturday artisan market in Uzès

6. In Arles, from the top of the ancient arena, there is an amazing view of the old town

6. The houses built of ocher in Roussillon

9. The panoramic view from the medieval tower (Tour Philippe le Bel) in Avignon

10. the 12th-century Saint-Benezet Bridge over the Rhône connecting Villeneuve-lès-Avignon with Avignon

11. to drive on the nicest Lavender route in Provence: between Montélimar and Avignon.

1. Aix-en-Provence is said to be the second most expensive city in France. We sensed that. Anyway, we liked Avignon much more.

2. it’s hard to find a good timing to visit Provence because there are too many tourists in the summer, but that’s when lavender fields bloom (precisely mid-June to mid-August)

3. Even a week is too short to cover the whole of Provence

4. difficult to rent an automatic car

“According to a French acquaintance of mine, one of the souls of Provence is food, and it was hard not to agree. (Not least because of the two kilos I picked up while I was there – I’ll have to go back on a diet). Cavaillon, for example, where we stayed, is a center for melon growing, but if you visit a market it is forbidden to miss out on the cheeses (which are everywhere), spicy sausages, and hams (even more common), and better-than-good wines in. Provence isn’t cheap. When we asked for six salads and a coffee or two in a more secluded area of one of the small towns, it cost us €100. There are many rock-hewn settlements around Provence, the most beautiful example of which is the breathtaking Gordes, but on the winding roads of Oppède you can really sense what life would have been like in such places a few hundred years ago. No wonder that by the 19th century its inhabitants had had enough of the cool, damp walls and moved down into the valley. Now visitors are the ones who enjoy it the most, as you can climb among stones to the beautiful church of Notre-Dame-Dalidon, which has an authentically ancient atmosphere.” (2017)

“I also travel to Arles because, for instance, I want to taste lamb in lavender(!) sauce, since after all, we’re in lavender-rich Provence!, which is best prepared in a certain corner restaurant. We’re going there, for whatever reason. For Arles. I enjoy the old, rather sleepy atmosphere of this city for a while, then I hop on a bus and 50 minutes later I’m in a totally different world: the Camargue, with its marshy beaches, full to the brim with pink flamingos.

Here’s the smartest way to get around is to rent a bike for a few euros and set off: you’ll see the famous studs of the Camargue, and if you’re lucky you can take part in a bull run. At the very tip of Stes-Maries-de-la-Mer (a small village), you can enter a dark church. There they worship the black St. Sarah, a female figure the color of dark chocolate, and unbelievably exotic.

Unlike Arles, which has the charming, sleepy air of a small town, Avignon has tasted the big time. What a beautiful city! It practically glows. Since you're a little tired, and you've already seen a lot today, you sit down on a bench on the main street (right opposite the train station) and doze off. They'll find you, don't worry! They found me too.

Virtually every minute someone thrusts a playbill into your hand, and not just anyone: a clown, a musician, someone dressed as a three-meter-high monster, a man in a bizarre priestly gown, a child, a girl wearing a ballet tutu and shoes, they are all promoting shows that are on right now, immediately, or at four, half four, or any time in the afternoon, for a performance beginning here or there. I’d say there’s a theater festival on.

Well, I didn't go to any of them. I don't speak French, so I wouldn’t understand anything, and that's not why I came here. When I feel like the crowd is too big and too full of color, music, sights, and sounds, I just walk down a certain street. To the Street of Fabric Painters, or Rue des Teinturiers: that's its name. Cobblestones, a stream, mills, fairy-tale inns, charming buildings… Until the last century, every house here was involved in fabric painting. And the signs of that work are still visible today.

I sit down outside a restaurant, on a terrace facing the street, just under a big mill wheel. I would like an Entrecote with fig chutney, baked potatoes, and a glass of wine. From what I get, nine or ten euros is really not expensive. Sometimes the hustle and bustle of the festival reach here too, with young people marching and singing. Leaning out of a first-floor window, a girl dangles a line of flyers in front of passers-by (what an idea!) literally bumping it against them so they tear off a sheet from the bundle.

However, I am now concentrating strictly on my half-blood roast beef, resting and enjoying a few of the Papal Palace and the famous bridge, and in a few days I will return to this miraculous city in a more targeted way, if I want, or combine it with a train journey in another direction if I decide to do that instead.” (2016)

“Don’t go to Arles with a rented car, or if you do, leave it somewhere in a guarded parking lot on the edge of town. Unfortunately for me, the rented car was broken into, and I learned that it’s common for thieves to break into rented cars or cars with foreign number plates in Arles! At the police station when I was there were four other foreigners there to register car damage or a break-in. What’s worse, I rented the car from Sixt, and they don’t provide regular information about insurance. They have you sign an insurance form, and tell you it offers 100% coverage. No English information, and a contract in English only if you ask for it, otherwise exclusively French. There is no detail about the insurance in the contract, only oral information.
And then I received an invoice for €270, which said that there was a discrepancy with the car and I didn’t take out insurance for the windows. A police report makes no difference to them.” (v.l., 2019) 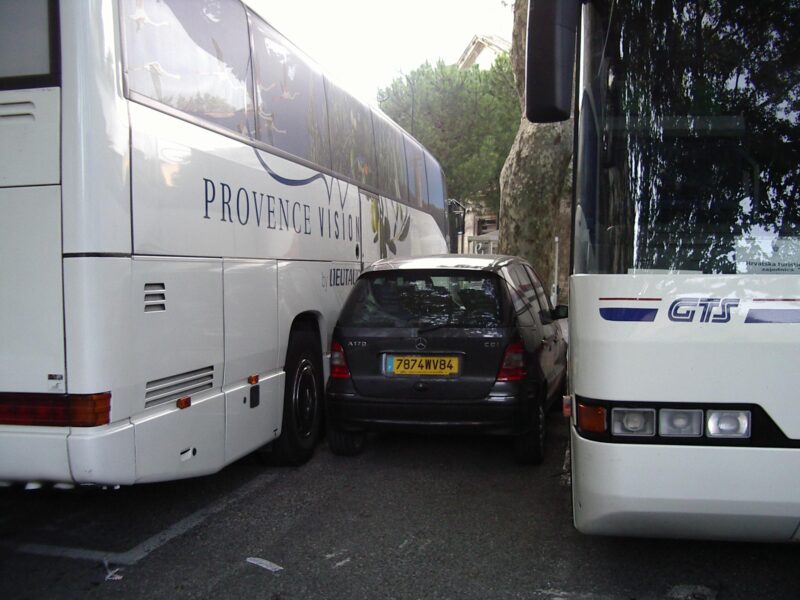 Provence - The bus driver told us that this blocking aimed to teach a lesson to the car driver who parked at the bus-only parking. - e.k. photo

“Provence can be visited all year round, and though winter there is still proper winter, it rarely snows, and the worst thing is frequent rainfall. As early as February, though, the temperature rises to 10-15 degrees Celsius, and the sun shines. As a souvenir or gift, you can bring home everything that says Provence: cider, spicy dry sausage, spicy goat cheeses, mature cheeses, lavender, and calisson cake. Also, Provence is a gastronomic paradise, where you can eat real ratatouille, bouillabaisse, aioli (a mayonnaise-garlic sauce), pistou soup, tapenade, and plenty of shellfish, from black mussels to oysters, to name but a few delicacies. Not to mention good Provencal wines…” 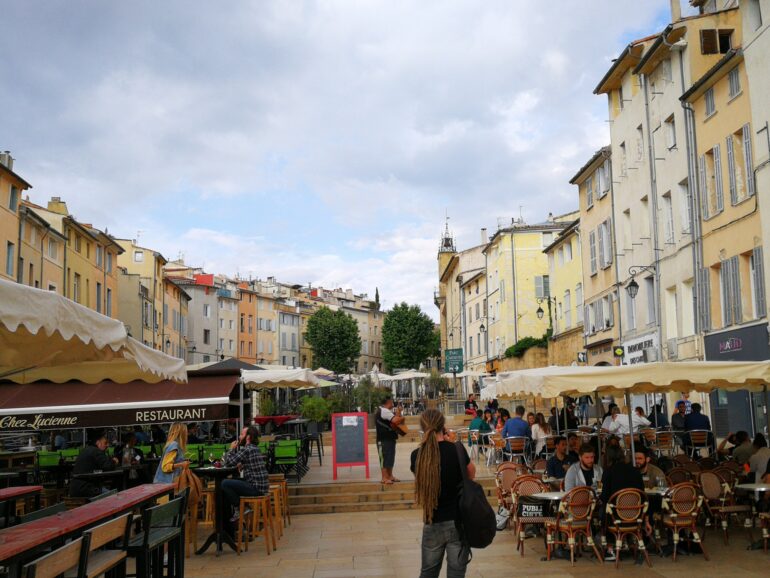 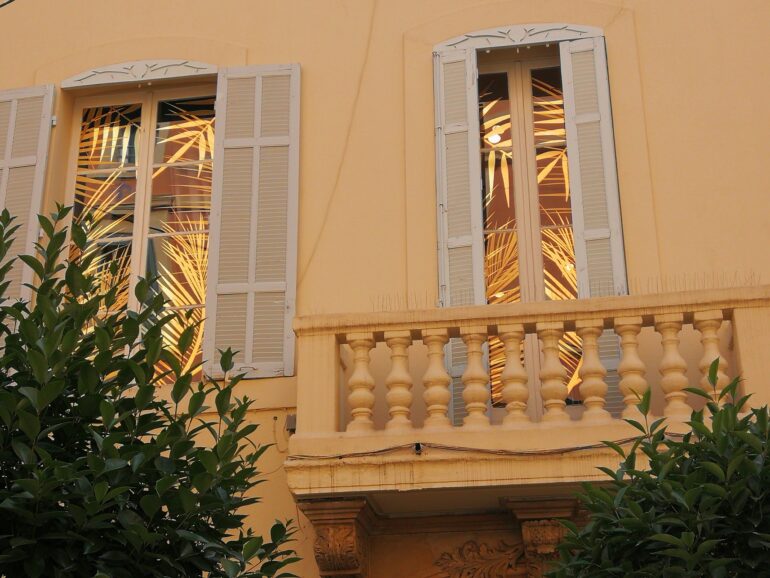 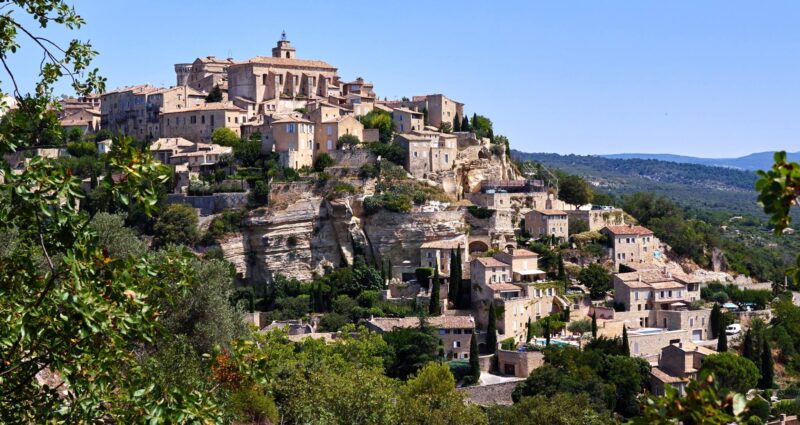 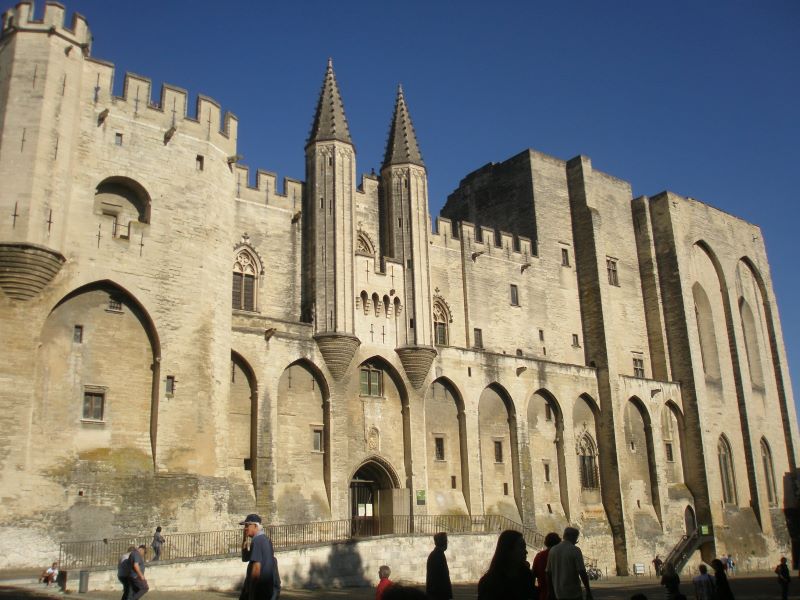 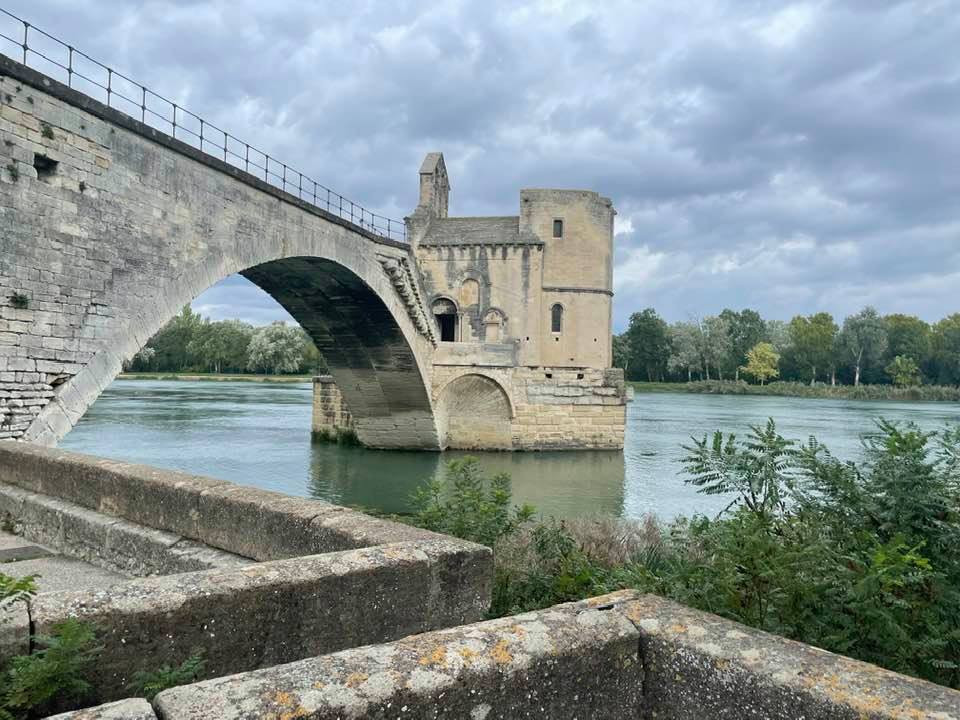 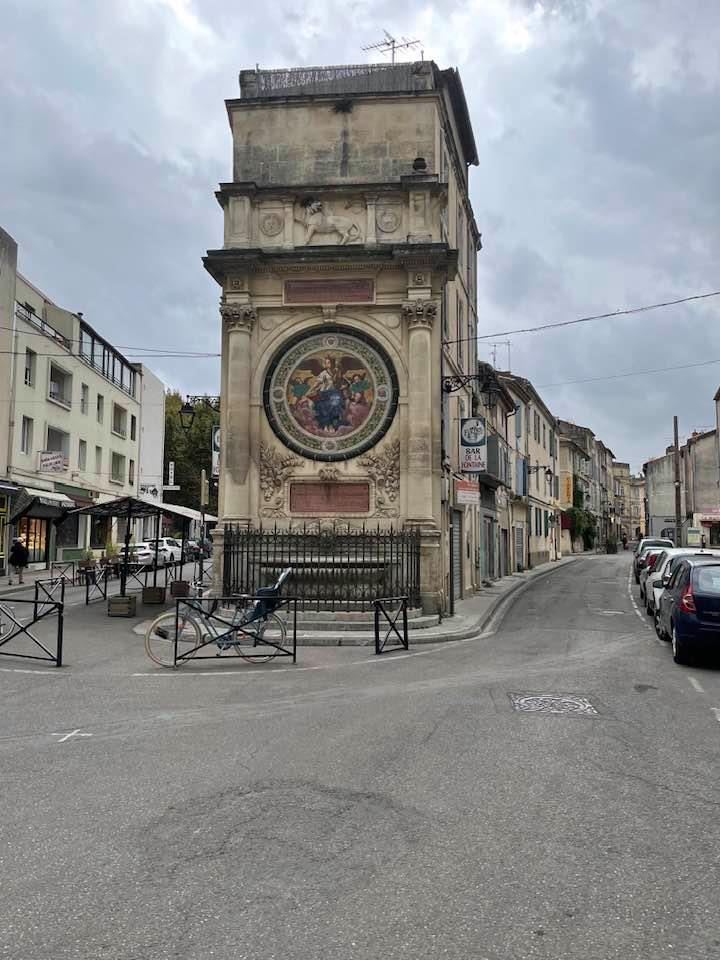