1. The refinement of French gastronomic culture: specialty cheese shops, fruit tarts, the divine smell in bakeries, and the enticing vision of pre-prepared meals in the windows of butcher’s shops
2. A clothing culture of very fine taste, classier than the street fashion of Italians
3. World-famous history, culture, wonderful countryside and charming small towns
4. The French have an enviable number of good reasons to be proud of their country
5. Paris: The corner cafes, rue Mouffetard, the Latin Quarter, the buildings from their golden age at the end of the 19th century
6. The good manners of rural French people
7. Provence (particularly Les Baux)
8. The ambience of the small roads leading through villages, with old gentlemen playing pétanque on the squares of small towns
9. The châteaux of the Loire Valley (e.g. Château de Chambord and Château de Chenonceau), and the large number of wonderful gothic churches (Rouen, Chartres, Amiens...)
10.The creamy, rich country butter in Normandy

1. Many restaurants have no English translation of the menu – one example of the linguistic chauvinism of the French
2. Impossible to discover France in just one trip – far too many must-see sights spread over a large area
3. The Atlantic ocean coast is not that charming (except Normandy), while the Cote d’Azur is too posh
4. Colmar was my big favorite when I first visited, but the second time I didn’t find it so sensational
5. The French like to pull an openly unpleasant face when expressing any dislike
6. The hordes of tourists in August and the pickpockets in Paris
7. The menacing street presence of some young guys of North African background

8.  Too much rain, and a gloomy climate in the north of the country
9. The discomfort of walking on cobbled streets
10. The small size of hotel rooms in Paris

“I liked Marseille, Nice, the Côte d'Azur and Provence in general much more than Paris. Paris is beautiful, and you have to see it, but for those who like a harbor that smells of fish, with all its attended romance and disadvantages,I’d recommend Marseille any day! (If it’s just the beach you want, then Nice might be a better choice).

I don’t need to wax lyrical about the beauty of Provence’s lavender fields: everyone’s seen the photos. If you’re passing one, stop the car, get out and enjoy the sight (and aroma)!!!” Dániel 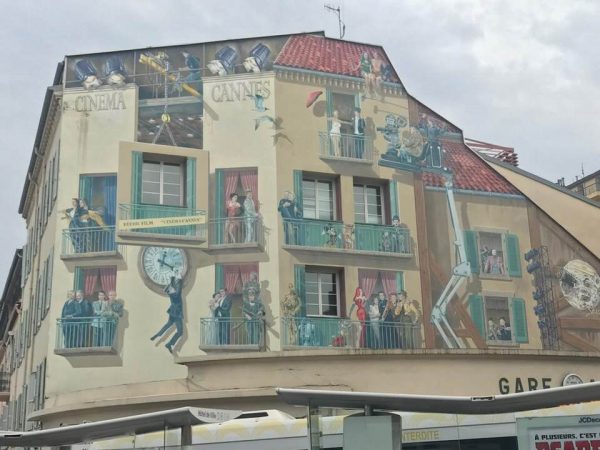 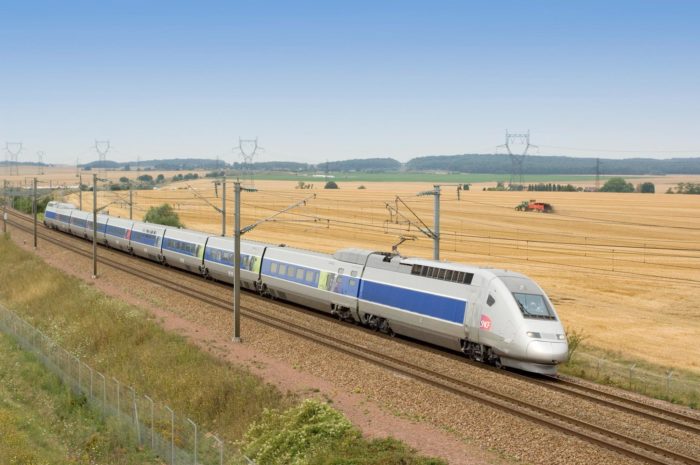 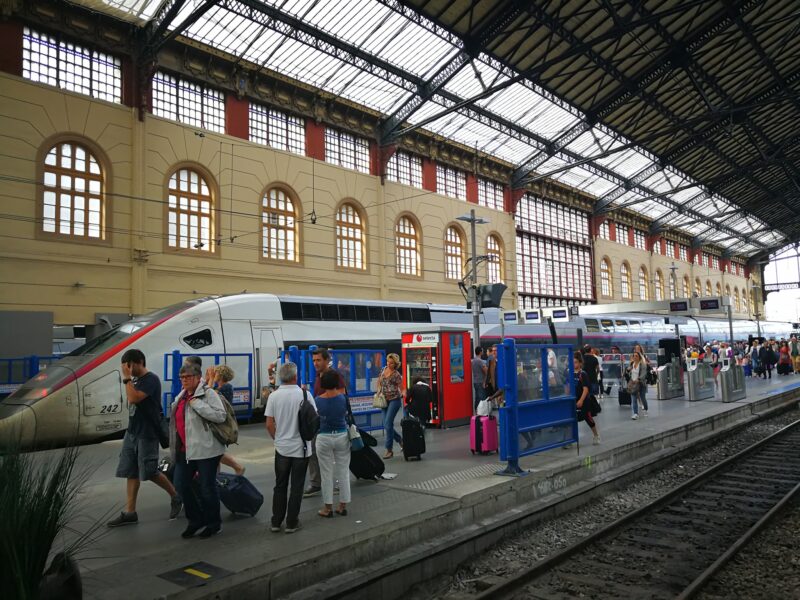 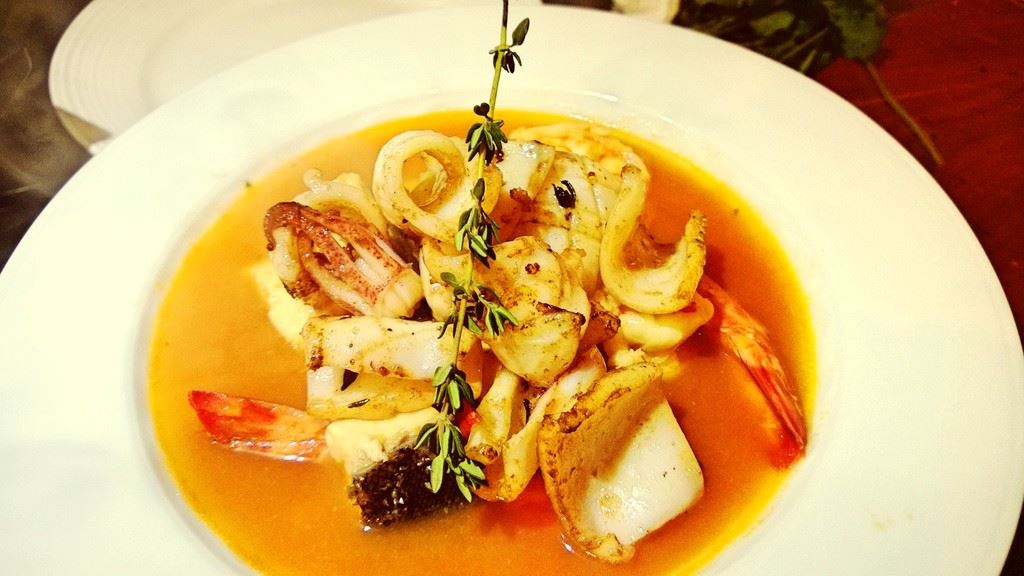 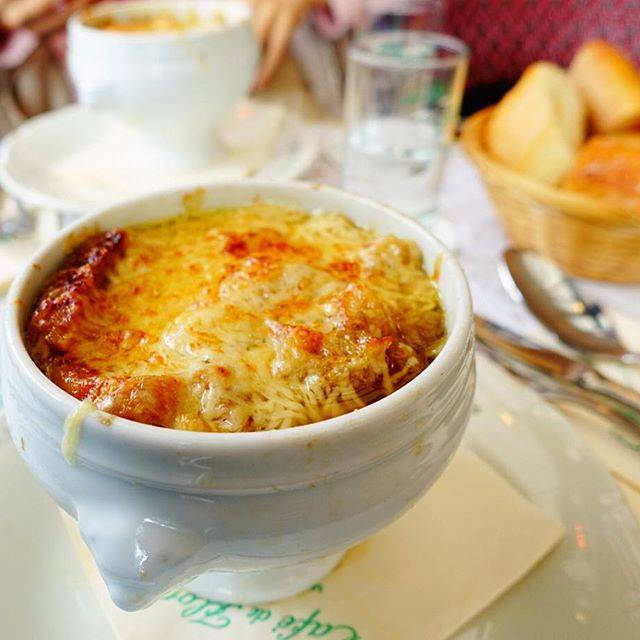 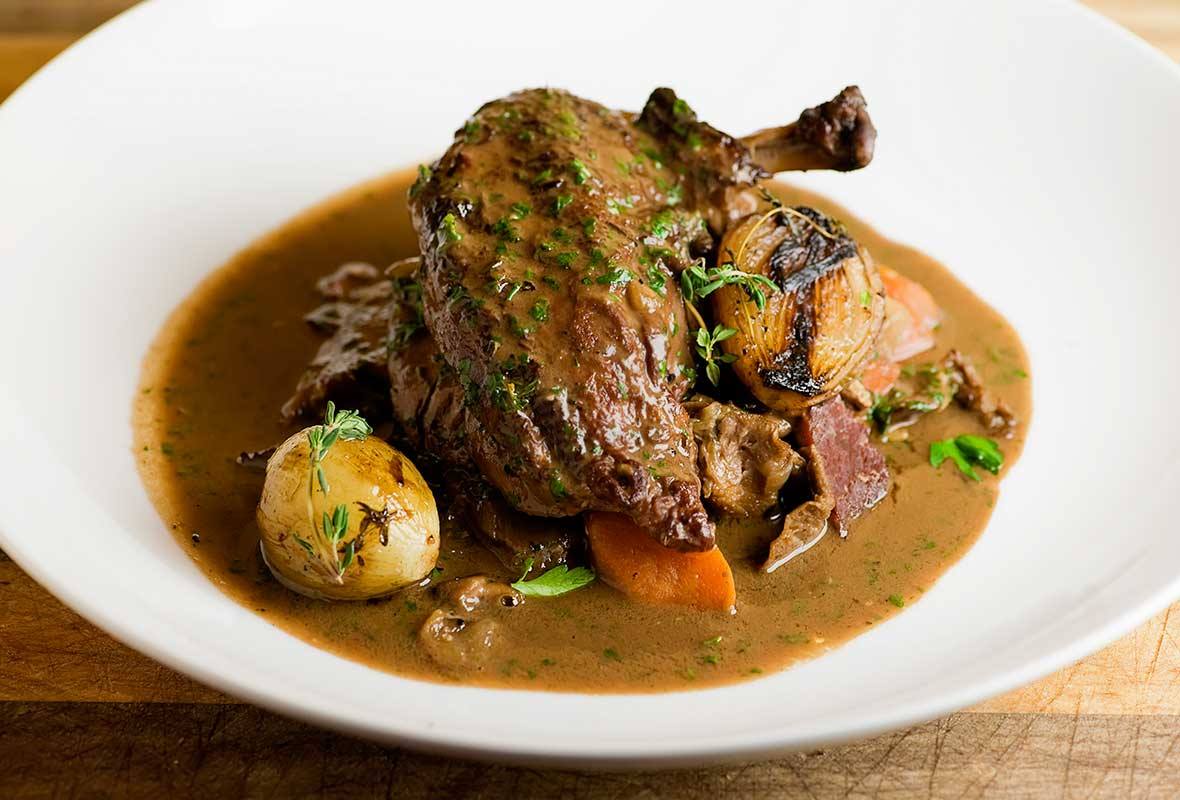 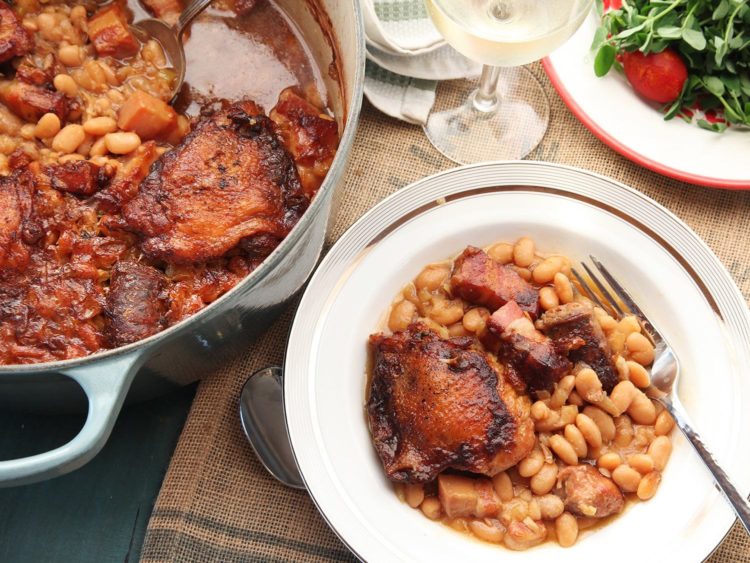 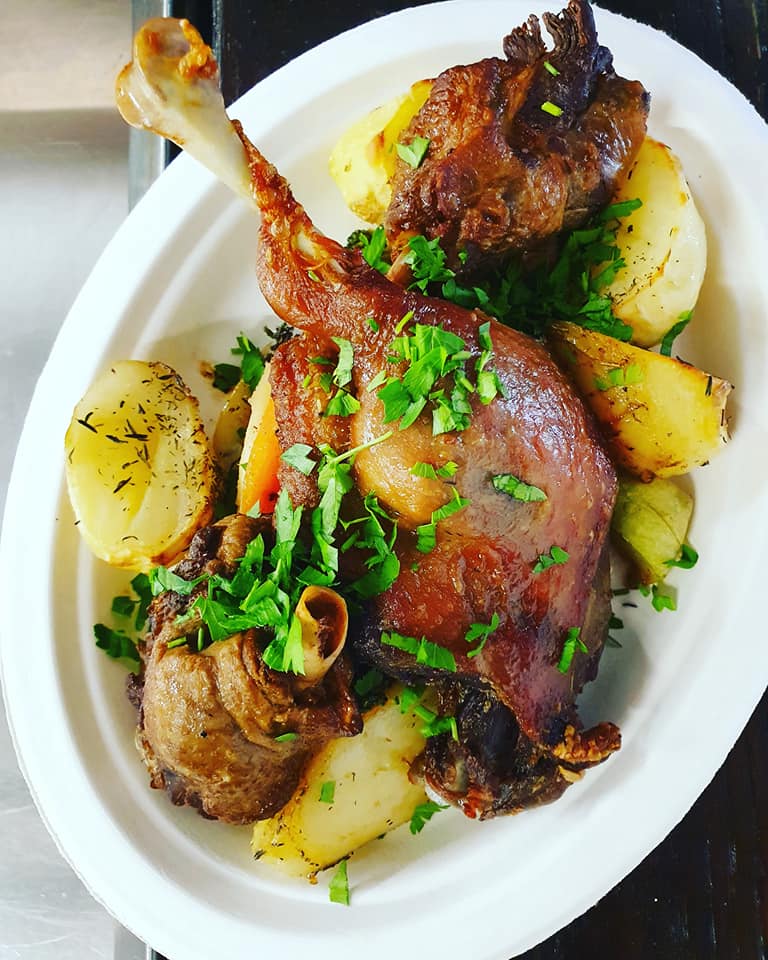 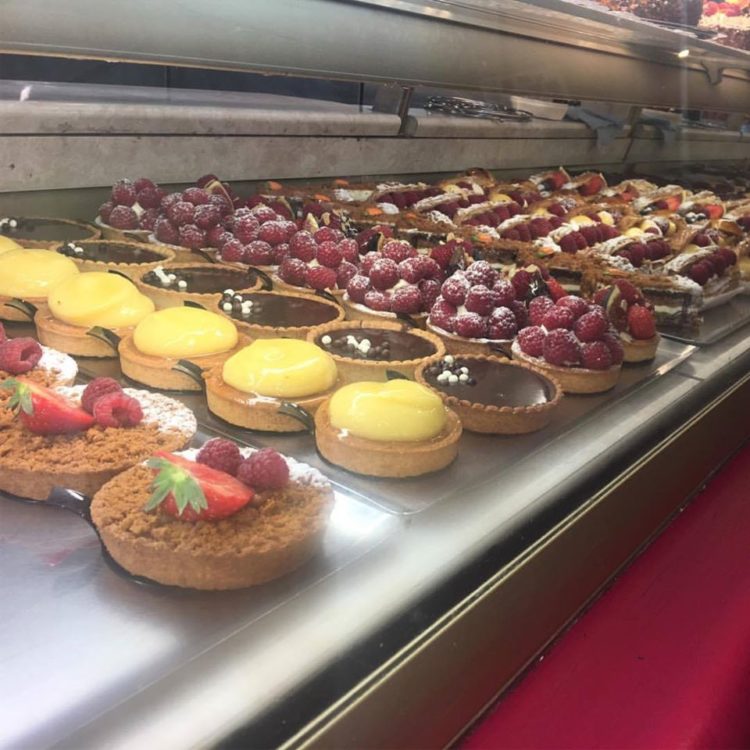 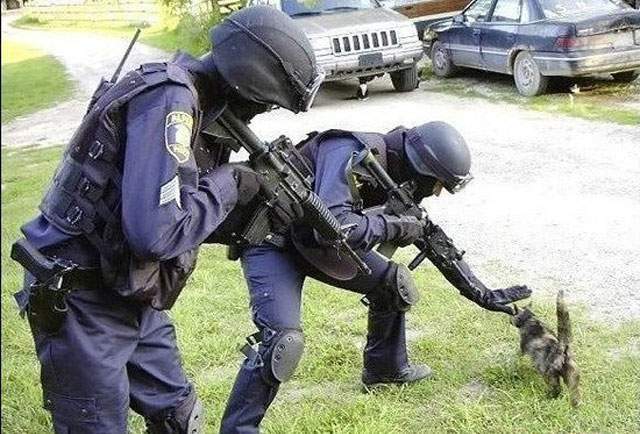 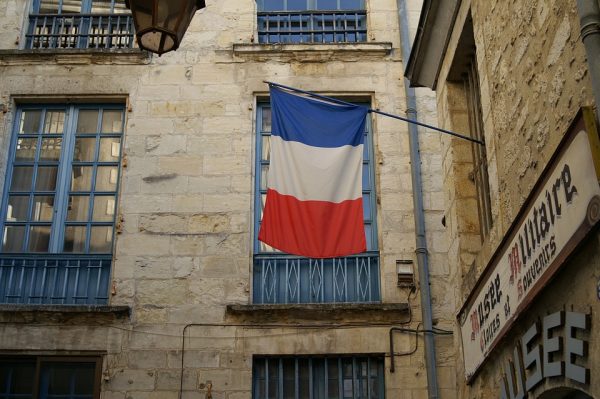 Population: 65.1 million (2019) – France is undeniably a multicultural, multi-ethnic, and multiracial society. But getting information about the exact make up of French society is tricky since it is forbidden by law to collect statistics on race, ethnicity or religion. It is a divisive issue as France faces a major identity crisis and is having a by now permanent - and heated - national debate about what it means to be French.

Religions: Nonofficial surveys claim that 40% of the population is not religious. It is estimated that those who are religious are 51% Christian and 6% Muslim.

According to an international survey, French men are the least overweight among the European Union countries, and French women are the second (after Denmark).

Over half of the world’s traffic roundabouts are to be found in France, which, with more than thirty thousand roundabouts, has more ronds-points than any country in the world.

Some disputable stigmas & stereotypes about the French:

The French are like disgruntled Italians. (André Gide, French writer)

The French consume a lot of antidepressants and tranquilizers.

Many French are self-confident, bloated, stuck-up. The active facial expressions of the French are often misinterpreted by foreigners, who reckon them as rude, scornful, inconsiderate.

French cuisine is the best in the world. French is the international language of cooking so many French words are used in restaurant kitchens around the world. Many French are cultured, interested in learning, and have determined opinions about many things.

French women are elegant, stylish. They like their style to be natural, like they are not really making an effort (while in fact, they are). In both fashion and make-up, they know how to apply the deeply held belief that less is more.

The French adore talking about food and how to prepare meals.

French are proud of their country and culture, and there is no denying that they do in fact have many things to be proud of.

“The Spanish – and particularly the Catalans – dislike the French, considering them arrogant. The Swiss, meanwhile, don’t like the French because they think they are lazy, and don’t follow rules. The Francophobe Brits, meanwhile, dislike the French because of their congenital Gallic disorderliness – can’t even form a regular queue! There are also Francophile Brits, chiefly from the upper and middle classes, and these tend towards intellectualism and high culture, while Francophobe Brits tend to be Europhobes more generally, and to look down on high culture as ‘elitism.’ Older British people talk ceaselessly of the ‘cowardice’ of the French in 1940, when they were quickly overrun by Nazi Germany. The French, meanwhile, dislike the British, and also despise the Belgians, who they see as loutish and stupid.”

“Are the French smelly? Seriously now, do French people stink? Well, the truth is that even after consulting a lengthy and wide-ranging consultation on this question, we were unable to arrive at a consensus. One of us reported having met ‘a hell of a lot of French people’, some of them in quite intimate circumstances, and doesn’t remember them being smellier than the average. Others, however, held to the ‘no smoke without fire’ principle, arguing that such a widespread belief, held by so many different peoples, throughout Europe and the world, must have some basis in fact. To this the non-smelly faction countered with the weighty retort that U2 must be a great band then, since a lot of people seem to believe it. Some frowned, and said there were certainly a lot of French people they didn’t like – might smelliness have something to do with it? In the end, we decided that what we needed was some kind of objective test. We would believe anyone that the French were smelly, if they could sniff ten people blindfolded, then tell us which one was the Frenchman.”

“It is a common saying among French women that ‘less is more’. They will spend great fortunes on anti-wrinkle cream, but are surprisingly restrained when it comes to makeup. Many believe that excessive makeup induces premature ageing, so instead of the classic red lipstick, they make do with just a little powder, some eyeshadow and mascara for their everyday look. Instead of blusher, meanwhile, they prefer an old-fashioned trick called ‘pinching’, which leaves their cheeks rosy and fresh-looking. They generally use a pencil to extend their eyebrows, which gives a more open expression. Similarly, they take great pains over their eyelashes, being of the opinion that the eyelashes frame the face.

It may come as a surprise that French women generally only wash their hair twice a week, but it invariably has a thick, voluminous health which looks extremely professional. A true Frenchwoman considered it extremely important to maintain good relations with her hairdresser, since the choice of cut and color are vital to her appearance. They say that there is no hard-and-fast rule regarding hair length, but few French women of middle age or older let their hair grow to more than shoulder length. Contrary to popular belief, dyed hair does not always make a person look younger – often it only draws attention to the wrinkles on the face.

It is no mere myth that there are few overweight French women, but they will tell you that maintaining a slender physique without continual dieting is a serious challenge. France has, of course, an excellent reputation for gastronomy, but many forego their favorite meal in a restaurant, and opt instead for a light salad. Perhaps they’ve simply decided that a wardrobe of exclusive clothes is an even more delectable pleasure.” 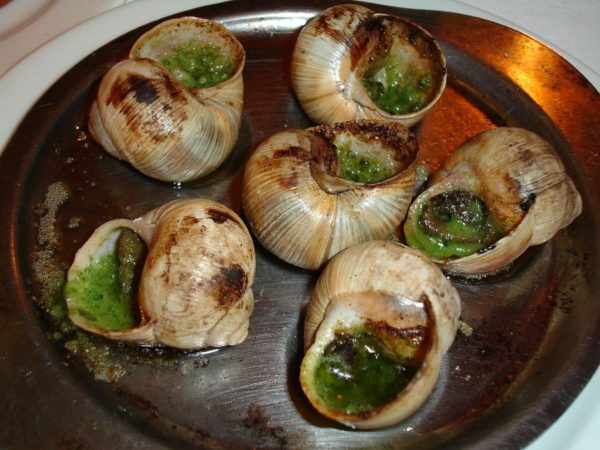 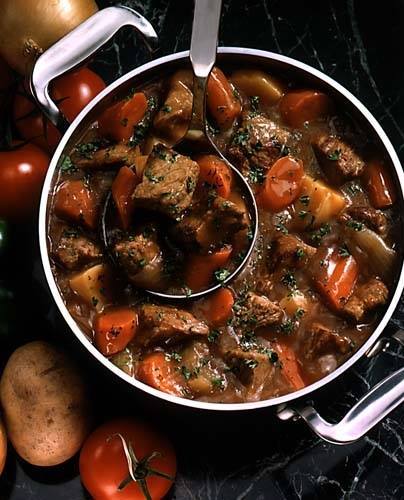 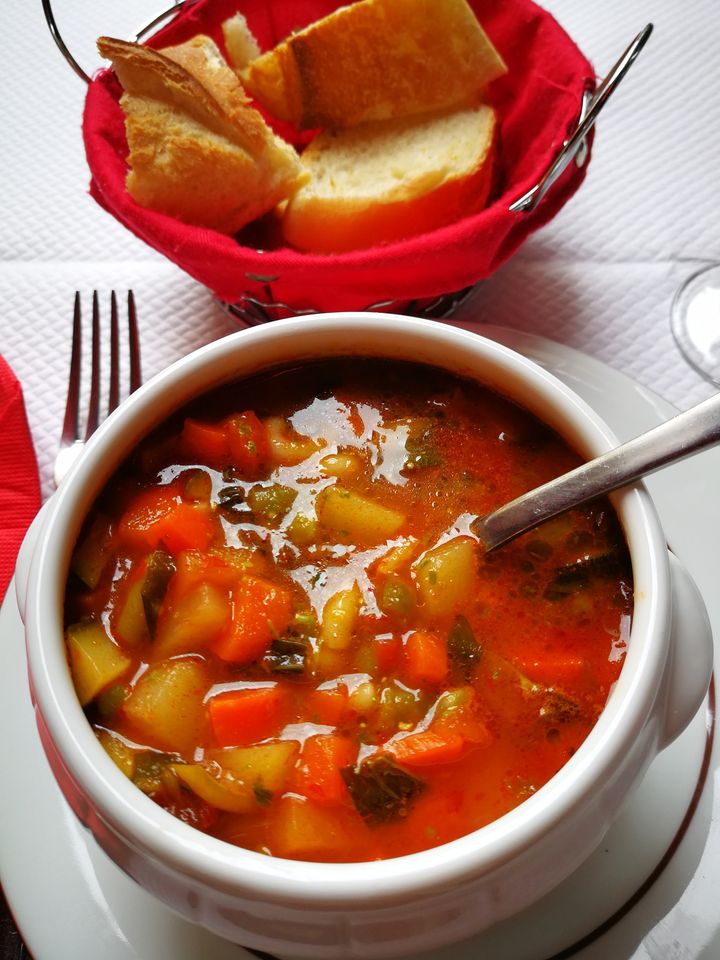