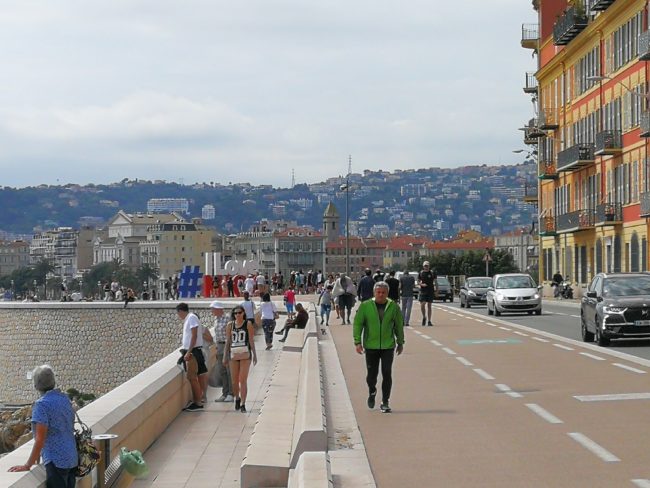 1. The panoramic view of the sea from the top of the Castle Hill

2. We got a taste of the Nice vibe early on as we watched the locals animatedly jogging, walking and cycling by on our way from the airport to the city center

3. The sea has a fascinating bluish-greenish color

4. Fenocchio, the famous ice cream parlor in the Old Town

5. The tasty socca – a crepe-like pancake made from chickpeas

6. The seaside promenade in evening lights with its flow of laid-back vacationers

7. The flower market is not only about flowers – it has a different theme every day (Monday for instance is for antiquities)

8. The modern open-air sculptures (for ex. the cube-shaped human head)

9. Cimiez, a fancy neighborhood on a hill with upper-middle-class villas (some of them more like palaces)

11. The charming red colors of many classic buildings

12. Admire the colossal luxury yachts in the port (only Antibes and Monaco have even bigger boats) 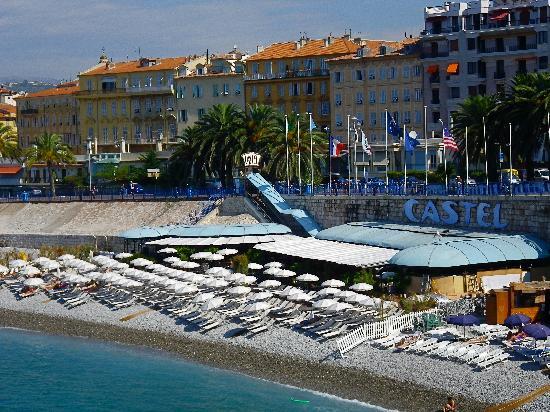 1. The beaches are pebbled and my feet were not happy about it

2. The prices in the supermarkets near the promenade are considerably higher than those in shops further away from the seaside

3. The smaller towns of the French Riviera are cozier

4. The stops and routes of the sightseeing buses are not really practical

5. It is forbidden to take photos in the Matisse Museum

6. In spite of its seaside location, Nice is one of the most polluted cities in France (overdevelopment and too many cars)

7. Many “migrant mozzies” (also called Asian tiger mosquitoes or sun mosquitoes) – they are more aggressive than the indigenous ones

8. If you are not willing to pay for a private beach, you have to tolerate the inconveniences of public beaches

9. In the evening hours, long waitings for public buses

10. Many taxi drivers are swindlers - they hack their taxi meter. (Uber is safer)

11. Most of the waiters & shopkeepers are unfriendly and are the worst example of a customer-oriented service 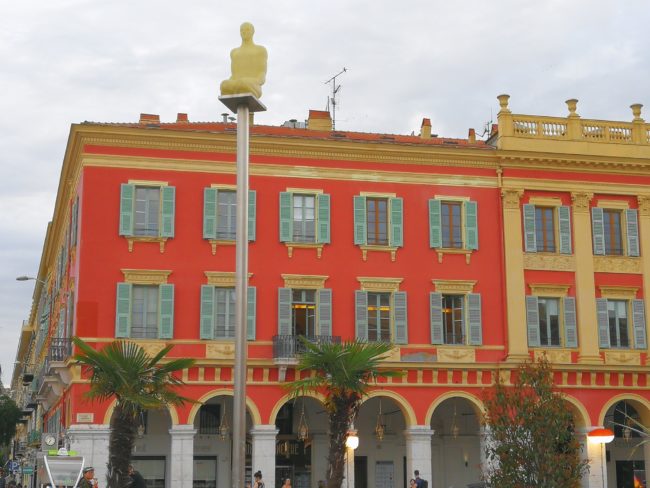 “Arriving, we blended into the local hustle and bustle. It was a warm Saturday evening, with both tourists and locals spending time outdoors. That’s what’s so great about the climate of Nice – it’s never cold, or at least very rarely, so people spend most of their free time outside. Even in January it’s possible to sit outside and enjoy a glass of good French wine. Maybe this is why the local population are so much more cheerful and outgoing than people from colder climes. It’s certainly true.

In any case, with our stereotypes of France, we were surprised by how nice everyone was. Everywhere I tried to use the few words of French I know, but they soon saw that I don’t really speak the language. At that point, everyone switched to English – even the shop assistant was fluent! Even though Nice is a tourist city, this came as a surprise. After all, Paris is a tourist city too, but people are much less friendly, and never try to help you out by speaking English.

“If you’re just looking for a relaxing beach holiday, I think you can find better options elsewhere, and for a much lower price.

The sea here isn’t so special, the beach isn’t sandy – in fact it’s mostly made up of big boulders, which are very difficult and uncomfortable to navigate without swimming shoes. (Half the beach laughed at a handsome, blue-eyed, muscular Adonis who set off towards the water, but fell on his butt about five times before he got there).

There isn’t really a proper beach anywhere, and while the sea is close to the town center, and you can go into the water anywhere, they do charge a daily fee for sun umbrellas, and trying to sunbathe on the rocks isn’t nearly as much fun as on sand.

Apart from that, Nice itself, apart from one or two interesting sights, doesn’t have all that much to offer. It isn’t much of a resort town, and has more of a residential atmosphere.” (2018)

“"Even if Nice had nothing besides the Promenade des Anglais, it would still be a perfect holiday destination. For the mental and physical health of the people, every town should prescribe itself just such a sea-view promenade with palm trees and seagulls. In this environment, the competent French geographical commission had little choice but to name the bay which the promenade overlooks la Baie des Anges or the Bay of Angels.

These two sights, the promenade, and the bay, fully the traveler’s happiness hormones directly upon arrival.

You can get to the city from the airport via the promenade. Thus, there is every chance that a person tired of the monotonous clicking of the baggage carousel will walk out the airport entrance and, without any transition, start exclaiming from time to time: Look, a palm tree! A seagull! The sea!

Nor is it a surprise that artists from Chagall to Matisse sought inspiration here long before Brigitte Bardot and her bikini made the Riviera very cool. So the appeal of Nice is hard to resist. This place forces us to run our senses at maximum speed, there is no idling, but always something to see, smell, feel, and taste.

The French Riviera is the perfect place for those struggling with the mountain or sea dilemma, as both are present at the same time, thanks to their fortunate geographical proximity, and sometimes in quite dramatic panoramas. This is best experienced with a little intercity travel. Bus 100 between Nice and Menton, which stops off in Monaco, could be the route of a panoramic tour bus, but here a passenger pays just €1.50 (yes, a euro and a half!) Sitting on one side of the bus you can look out the window at the sea and at the frequent and almost kitschily beautiful harbors, often far below, while from windows on the opposite side you can enjoy the towering mountains. All this on a winding, serpentine road, which, obviously, would be absolutely mind-altering to drive in an open-top Ferrari, but eve leaves a deep mark on the ordinary traveler who, amazed by the sight, tends to forget that there is a destination, not just a road. 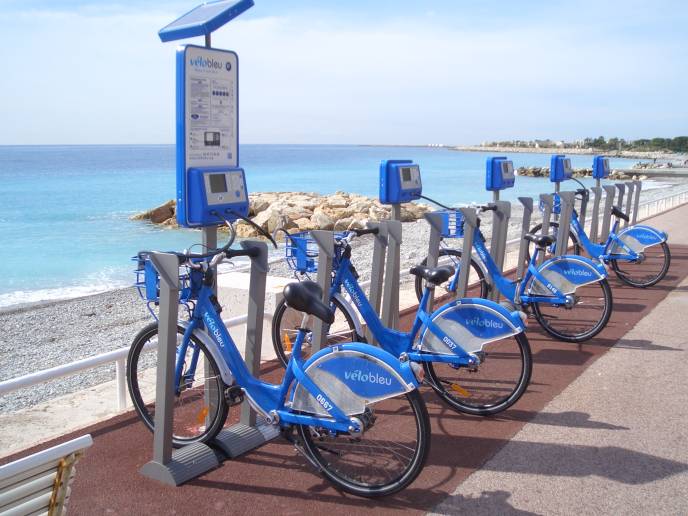 1. seat in a café at the Liberation Market (Marche de la Liberation)

2. have a drink in one of the bars in the Cours Saleya

“Dishes: seafood – of all possible types! Specialties: sea bass, monkfish, squid, lobster, mussels, langoustines. Fougasse olive and garlic bread is an almost obligatory appetizer. Ratatouille is also is very delicious. The special Nice pancake is called Socca. Cavaillon melon is served with ham and fresh figs. Another irresistible treat is artichauts à la barigoule i.e. artichokes fried in wine with bacon and other vegetables. it is worth ordering a dish called Beuf en daube, which is marinated beef fried in red wine with onions, garlic, orange peel, and tomatoes. A little bizarre but delicious. The local sausages are amazingly good.”

“We walked through the old town to the Cours Saleya market, as the goal was to immerse ourselves in the local breakfast habits. In our chosen café we bought real croissants, some other pastries, quiches and of course we couldn’t miss a good French black coffee – which, to tell the truth, was more of a lighter shade of brown – accompanied by orange juice. Quiche is a real French street food dish, which consists of external crumbly pie dough and a nourishing filling combined with eggs and cream. Interestingly, the name of this most French of dishes was taken from the German word kuchen and spread to the delicacy fried in an iron pan. They vary depending on the season and are studded with all kinds of vegetables, while carnivores can also ask for anything that might stimulate the eye and mouth. Ours was filled with bacon, onion, and cheese before baking.” (2017)

“Our first goal was to find a bakery – or boulangerie in French. After just 5-10 minutes of walking, we came across one, which was to be our favorite breakfast place for the 3 days we spent here. 1 plain croissant cost 1 euro, and the price of baguettes was also around 1 euro. Most stuffed bakery products – of a range and variety which can only be found in France - range from 1.5 to 2.5 euros. Savory, sweet, chocolate and fruity, pizza slices, giant meringues, everything that might seduce the eye or mouth is available here. And it should all be tasted because it’s all delicious! The French know better than anyone how to ruin a diet – the croissants, for instance, are all made from real butter, which is why they taste so good.

The next goal was to get morning coffee. After a brief search, we also found a bakery where a morning pick-me-up could be ordered to take away. We paid 1.5 euros for an americano. Well, what can I say, we shouldn't have chosen the paper cup version, it wasn't an uplifting experience ... but in return, we were able to spend our breakfast on a bench by the famous Promenade des Anglais, still free of tourists, with freshly baked butter croissants, 1 chocolate cake, and coffee. A truly indulgent way to start the day!” (2017)

The city center and the areas frequented by tourists, in general, are safe. However, pickpockets are a bit active in the Old Town. Safety is guaranteed by strong police presence (also plain-clothes officers); there are plenty of security cameras almost everywhere.
Like Ariane and Lesmoulins, some agglomeration areas (warrens) are less safe, but tourists have no reason to go there anyway.

In Nice, it is striking how many people smoke cigarettes. On the other hand, you can see many people doing some sport (mostly jogging and attending gyms). There are a lot of guys and women on the beaches who flash with their athletic bodies.

1. If you are tired of the local pebbly, rocky beaches, then take a train, and in 30 minutes, you are Juan Les Pins, which has a sandy beach. 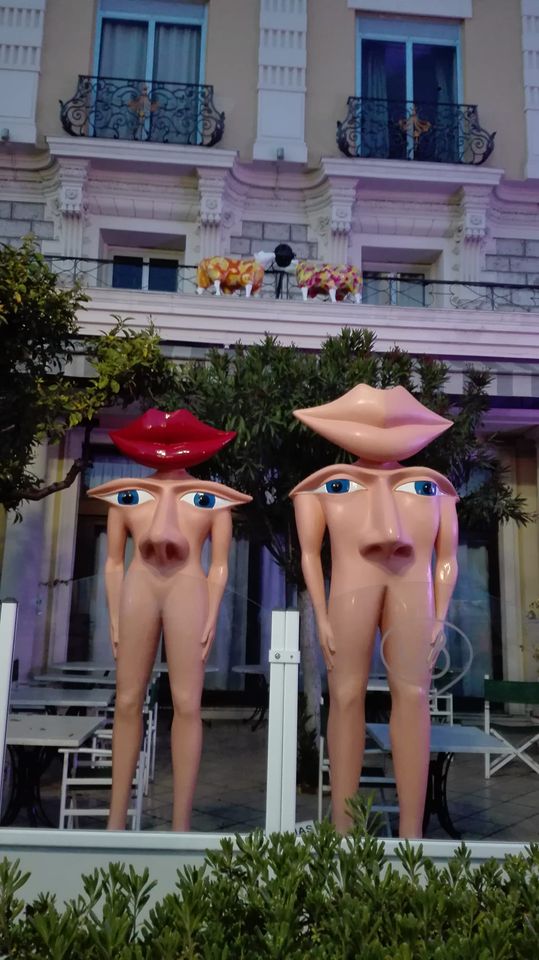 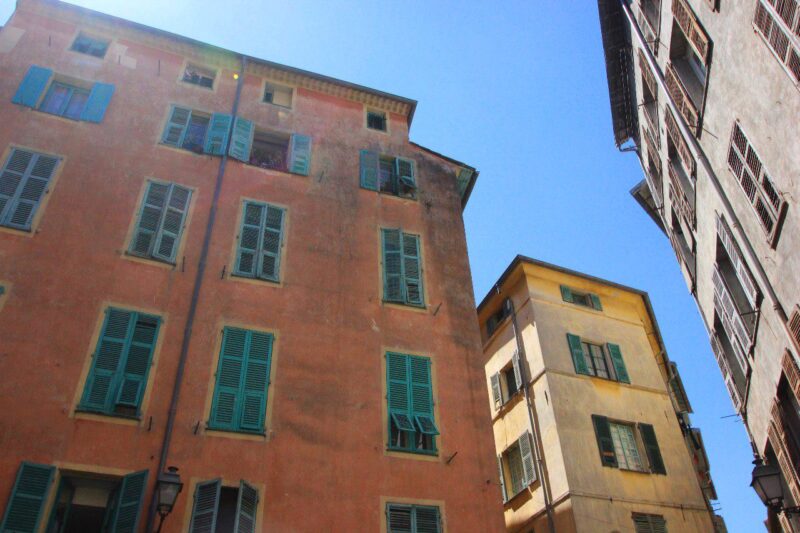 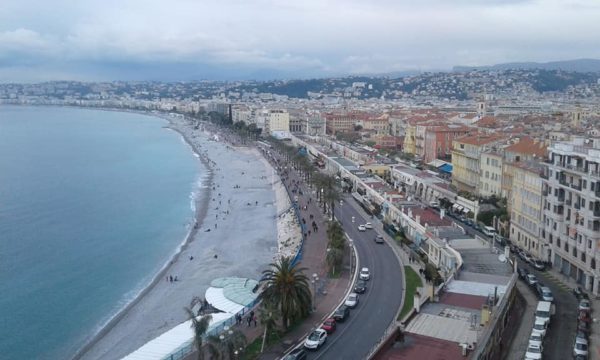 Nice is the capital of the Cote D’Azur. Nice got its name after the Greek goddess Nike.

The beaches of Nice are rocky.  Some people hate that, and others love it. You don’t get sand between your toes; however, lying on the beach is somewhat uncomfortable. 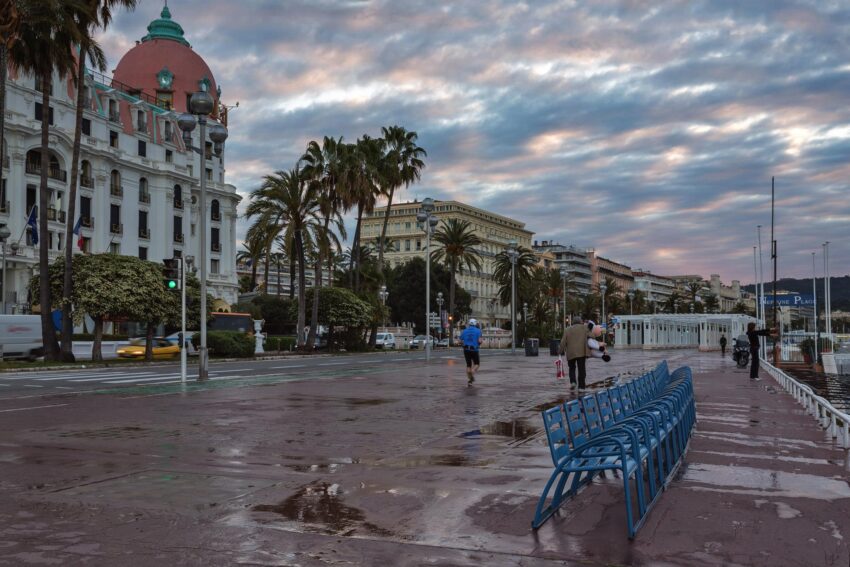 Nice was part of one of the Italian kingdoms (the House of Savoy/ Kingdom of Piedmont-Sardinia)  till 1860.

Among the French who form an opinion on the French Riviera, Nice does not have a good reputation as a tourist destination (crowded, too big, not idyllic, etc.). 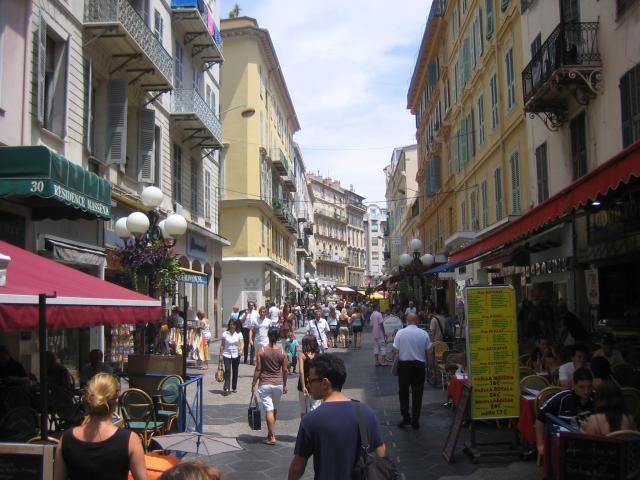 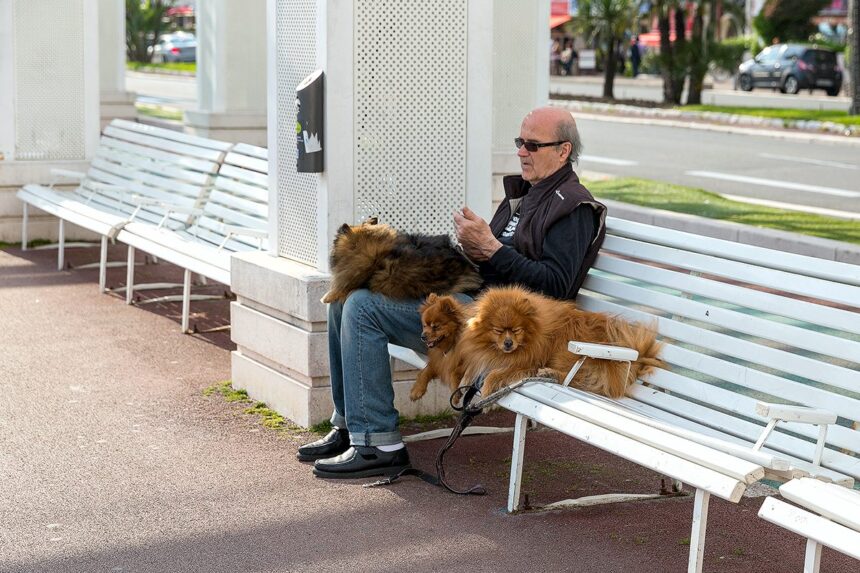 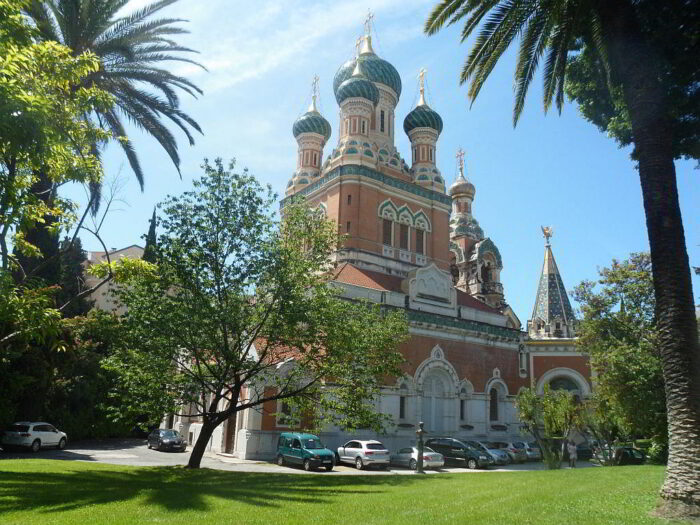 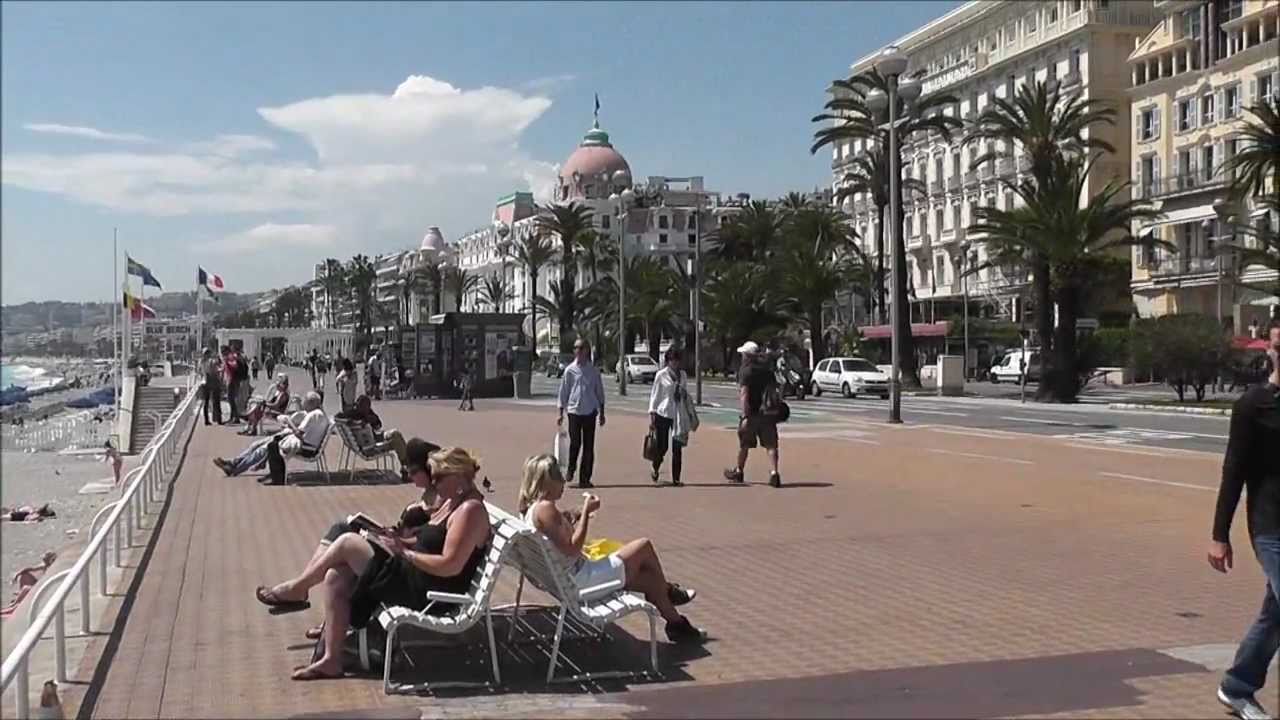 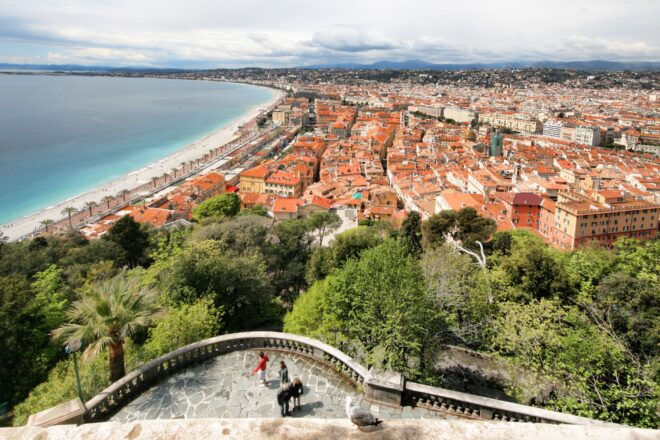 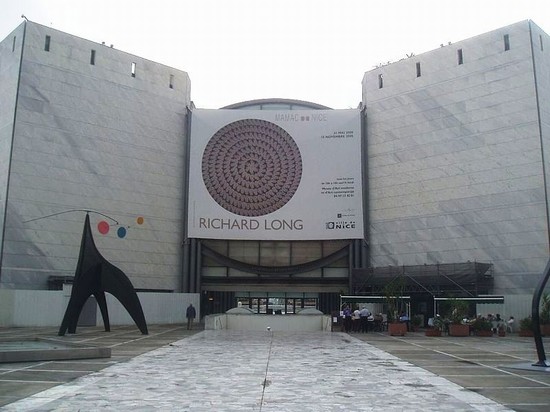 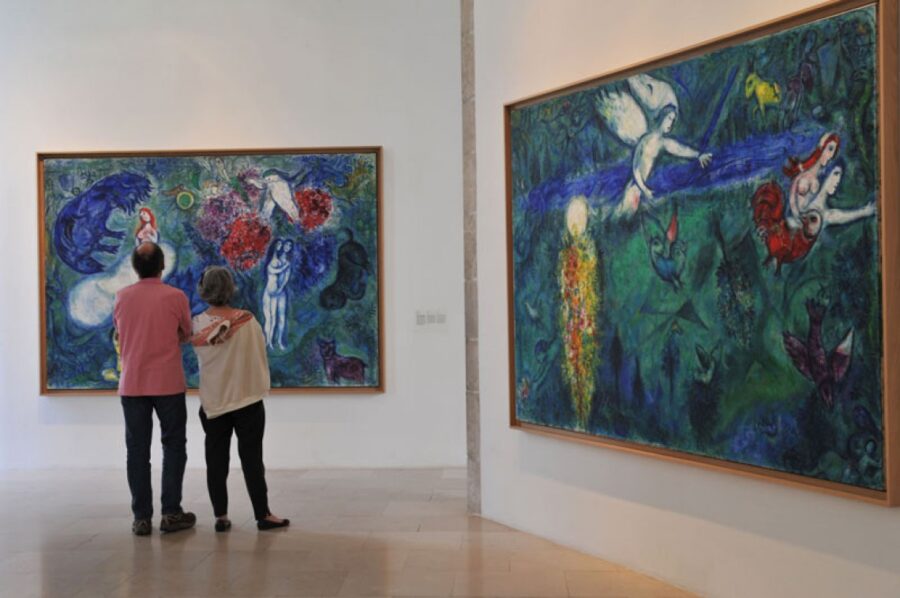 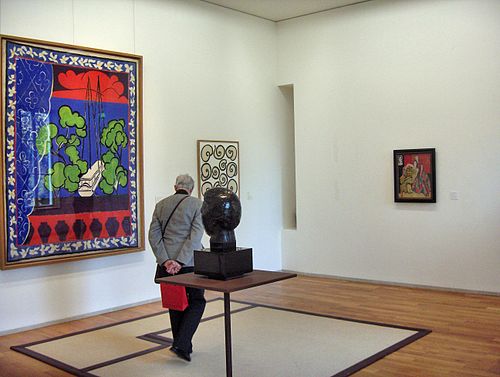