1. The view from the top of the hill where the Palace is or, even better: the full panoramic view of Monaco from the terraces of the casino (more precisely from the Hotel Fairmont’s roof garden)

2. Observing the locals (more interesting than the tourists)

3. Touching sharks and marveling at the giant aquariums of the Oceanographic Museum

5. The public bus is surprisingly cheap (2 Euros only)

6. Parking is not as difficult as we had expected

7. Drinking beer during happy hour at the Brasserie de Monaco

9. We were surprised that Monaco is not more expensive than any other part of the Côte d'Azur

10. A perfect destination if you want to feel flat broke 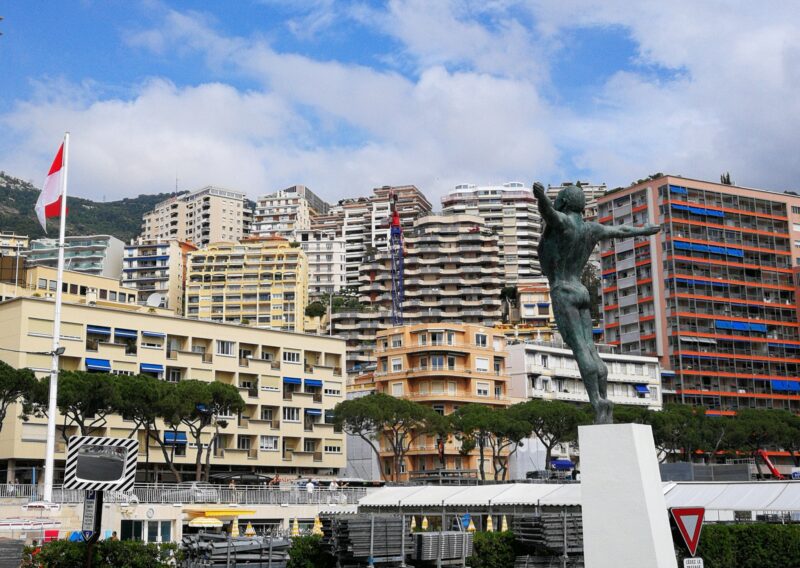 1. Monaco is not a beach destination – its only public beach (a section of Larvotto Beach) is unexceptional and overcrowded (the private beach being expensive), but luckily the sea has that amazing azure blue color here as well

2. Apart from the Palace, the Casino and the Oceanographic Museum, there are no other must-see tourist sights

3. Not a destination for tourists who do not appreciate overt displays of wealth, luxury cars, or the world of glamour

4. Compared to Provence, which we had just visited, Monaco was a bit dull

5. Many apartments are empty (probably owned by investors)

“To be honest, the blingy character of Monaco doesn’t really appeal to me. The buildings are all beautiful and elegant, and the history of this tiny city-state is interesting, but I’m not blown away by luxury yachts or the pomp and glitz of conspicuous wealth. I’m sure snobs enjoy Monaco and those who like to dream of living such a life. Afterward, we traveled north into the Provençal countryside. Sorry, I thought, but this is much more like it. It was interesting to visit Monaco once, but once was enough.” (v.k., 2017)

“At noon, we went out for a bite to eat and immediately stumbled upon a little sushi place. Surprisingly, it wasn’t particularly expensive. In fact, our experience throughout our stay was that Monaco isn’t a penny more expensive than any of the other resort cities along the French Riviera coast.

We walked over to the other side of the harbor and had a look at a private parking lot, which contained some seriously fancy vehicles.

We had a look at the luxury yachts in the harbor, then took the lift up to the old town (I’d recommend this to everyone, because climbing up is no joke, especially in summer, and you can only reach it from the other side after a long walk – the best way to reach it is to walk out to the end of the harbor, which is also very beautiful) where we photographed the prince’s palace and took a few photos of the F1 track. Walking back, we kept taking photographs all evening, and about 10:30 at night, we fell into bed exhausted.

“I admit, the mini-state didn’t impress me all that much. It’s pretty and clean, and it has that beautiful harbor and clear blue water. Still, as a torn-jeans-and-t-shirt kind of traveler, I wasn’t able to spend my time gambling in the casino and shopping for luxury goods, which felt, more than anything else, like the real point of Monte Carlo.

“It is worth starting your walk at the port since all roads lead (upwards) from here. There is quite a lot of traffic, but next to the sidewalk, there are fantastic little terraces and viewing points, and occasional benches. In one such place, we spent at least an hour basking and admiring the ever-lovely view of the sea. This was followed by the Africa Garden and then the casino. There are actually several casinos next to each other, and in front of them, we can enjoy coffee in a nice cafe (at least as long as you don’t mind paying serious money for it). We admired, we photographed: what surprised me was that the building of Monte-Carlo’s famous casino was indeed old style and I have to say, very beautiful. I would have taken it for a small castle or museum, rather than a casino.
In the parking lot behind the casino, we stumbled upon an old-time auto show or something like that. At least that’s how it looked: the owners stood proudly by their vehicles, while many tourists watched and photographed these rarities. Although personally I’m not particularly attracted to or interested in cars, a faithful copy of Marty McFly and Doc Brown’s car (a DeLorean) from Back to the Future inspired even me.” (2017)

The train travel between Nice to Monaco is 14-22 minutes. The ticket costs 3-5 Euros. There are daily 50 trains.

Monaco has no airport but has several helicopter runways. Monaco is not big enough to have its airport. During peak periods, an average of 20 helicopters lands on its runways. 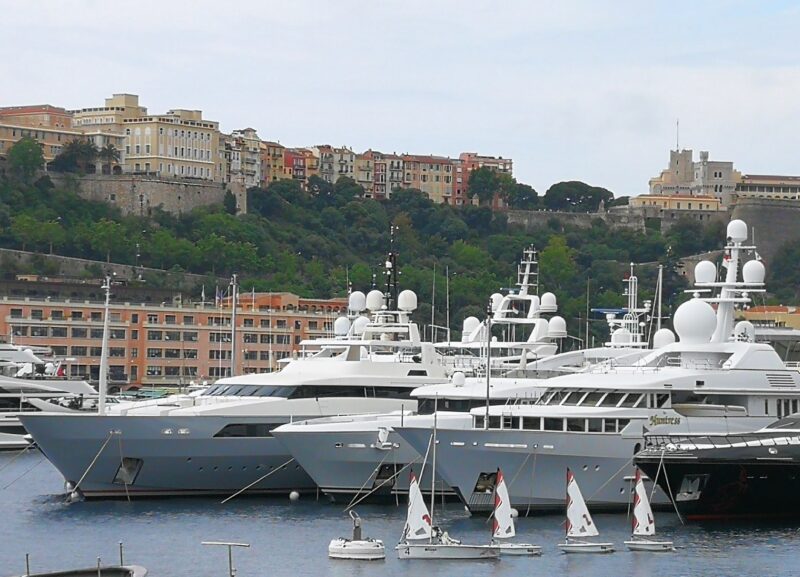 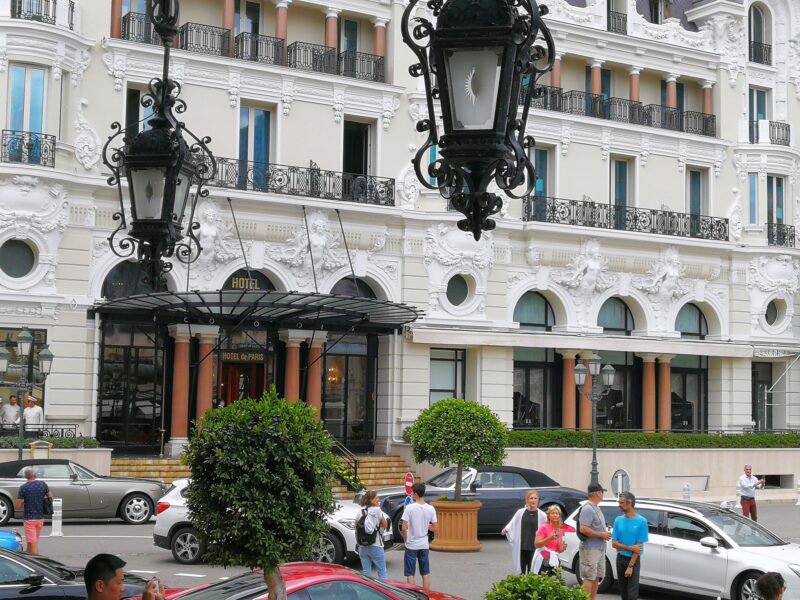 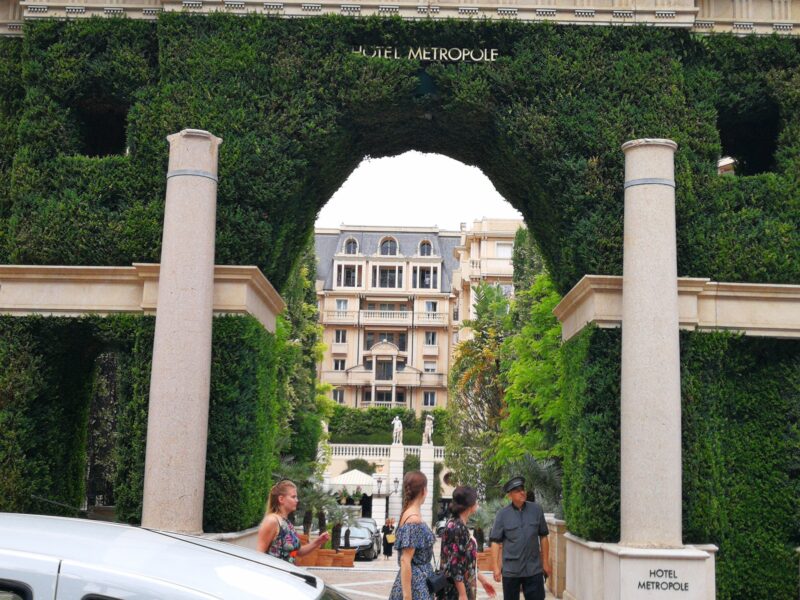 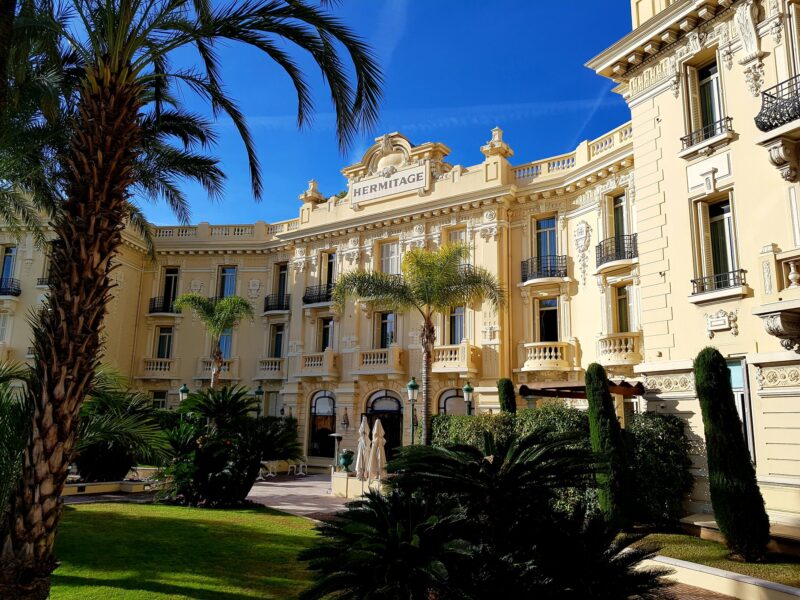 A three-course meal for 2 people in mid-range restaurants costs about 120 Euro (142 USD).

The most elegant boutiques are around the Cercle d’Or.

“Of course, being in Monaco, we had to visit the casino as well. The dress code is in principle quite strict, and the rules state that in the evening, you are only allowed in a tailcoat. You can go in during the day, but there is no gambling then. The gambling starts in the late afternoon, and in the evening, they really double down on the luxury. I wore a short-sleeved shirt and, as a token of respect, long pants, but still sneakers. They let me in without so much as a raised eyebrow. Admission is free, at least in the first section, you can get a look at the building itself, as well as a display roulette table and some pictures. Admission to the playing area is 25 euros and can be purchased in the restaurant.

You can play with a starting capital of around € 5, while in many other places, the minimum is €10. I gave my last 20 euros into the greedy hands of lady luck (but I ended up leaving with the same amount anyway).
It’s worth going into the casino anyway because the building is magnificent, and the French croupiers sorting the chips give it a unique atmosphere.
Approaching the building, you see people parking the kind of cars which, if you saved up your whole life, you might be able to buy a set of tires for. The license plates are all for expensive Western European countries.

In front of the casino entrance, you’ll see women who don’t merely ignore you but genuinely seem not to see you – from a distance they’ve already realized that the fast fashion clothes you’re wearing, which you think are great, are cheap rubbish – plus you’ve worn it more than once – and they might even spot the train ticket stub sticking out of your pocket.

You sit inside with your little €20 chip, but even the croupier doesn't really notice you.

And those German and Italian tourists who always seem about to leave the table, and who toss thousand euro chips on the table each time their turn comes around, with as much infuriating indifference as someone spitting out a scrap of gristle.

At this point, if it hasn’t already happened earlier, the sight of these fat, rich Italians, Germans, and French laughing at the loss of the first few thousand euros will awaken in you the understanding that no matter how much money you make, you’ll always be a peasant to someone.” (2018)

Monaco is one of the most high-security cities in the world. A 24-hour video surveillance system covers the entire town. The number of police officers per capita is the highest in the world. 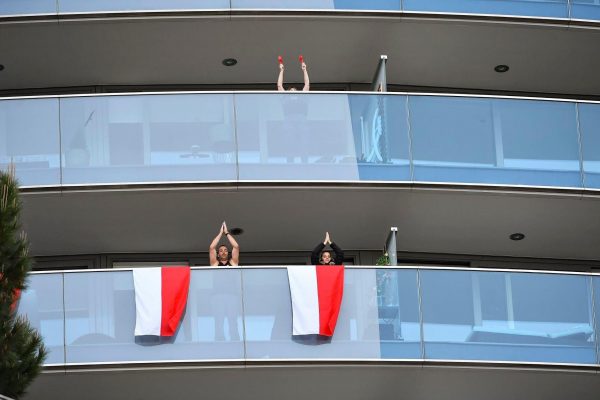 Monaco has got a no-frills, biocolor design national flag

The Principality of Monaco is an independent city-state embedded in the territory of the French Riviera. Monaco borders France to the north, east and west, and the Mediterranean Sea washes its coast from the south.

Make no mistake: Monaco is not the same as Monte-Carlo. Monaco is a city-state, and Monte-Carlo is only a part of it.

Size: 2.02 km² (0.78 mi²) -  The world's second smallest independent state (after the Vatican), Monaco is smaller than the Central Park of New York.

73% of the population is foreign-born.

In July, and especially in August, Monaco is overcrowded with tourists. One day is more than enough to discover Monaco1s top tourist attractions. 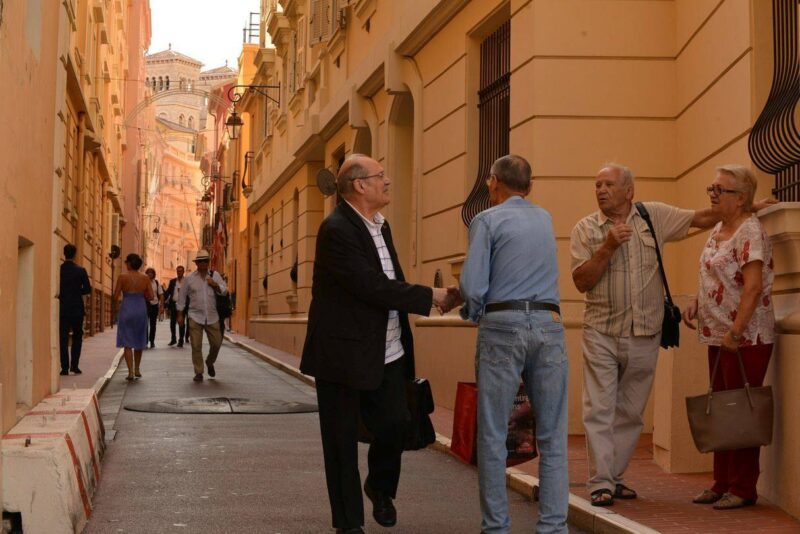 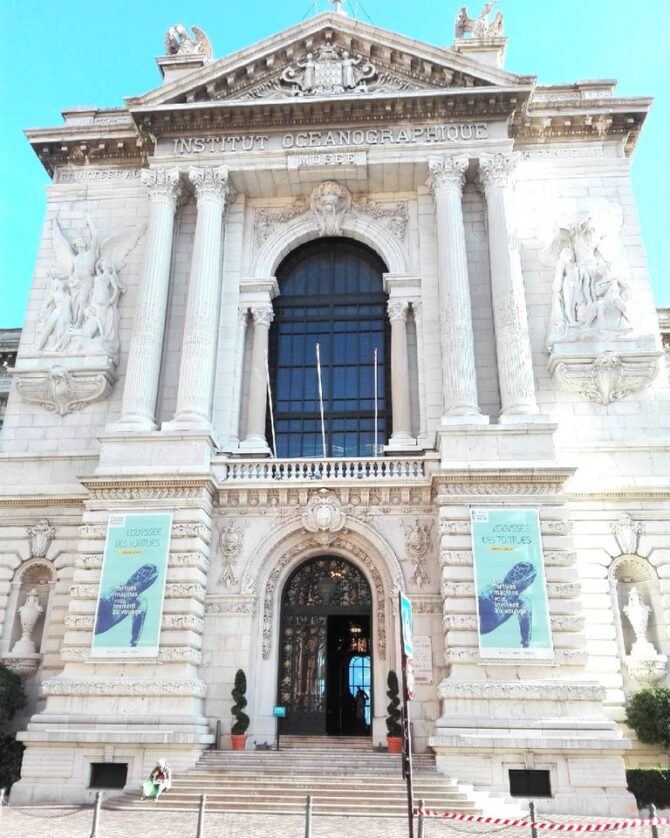