1.    A kind of exclusive destination: few tourists visit it, and
locals have no tradition of milking visitors.
2.    Agreeable landscapes, many inhabited territories with timeless calm
3.    Locals are easy-going, friendly, positive-minded – and the Guarani
Native Americans are interesting
4.    Paraguay has an unjustified reputation as an unsafe country, but
that does not seem to be the case, at least for tourists
5.    Chic public buildings in Asuncion (e.g. Casa de la Independencia)
6.    As a tax-free zone it has good shopping potential, and is cheaper than Brazil or Argentina
7.    The ruins of a Jesuit mission, La Santissima Trinidad de Parana, which is a
UNESCO Heritage site
8.    The Parque Nacional Ybycuí rainforest with many beautiful butterflies
9.    Salto del Monday waterfall
10. Cheaper than neighboring countries

1. Vast social differences, with the wealthy alongside people living in squalor
2.    We were advised not to walk at night in some areas
3.    Weak tourist infrastructure – no tourist offices
4.    Few top sights for tourists, not a sensational destination
5.    Most of the goods on sale are fake, smuggled pieces of junk
6.    Ciudad del Este is a shabby city
7.    Landlocked, so no coastline
8.    Driving rules are not respected
9.    Most taxis are rust buckets
10.  The roads are full of potholes

“Paraguay will never be anyone’s first stop in Latin America, but those already familiar with a few destinations on this continent will be charmed by the sheer latinness of this country.

Two days are enough to see Asunción, but you could spend any amount of time in the north and west of the country, either in the catchment area of the Paraguay River, or in remote Chacón. (2015)

Ciudad del Este was separated from Brazil by a dilapidated stone bridge. The hostel receptionist said it would collapse in a few years, and after crossing it twice, we wouldn’t have given it good odds of survival. Heavy traffic and a broken, waist-high stone rail, all 50m above the Paraná River, blown by strong winds.

Paraguay – or at least the parts we saw – didn’t impress me much at first. As soon as we crossed the border we were confronted by poverty and litter. We wandered on, more or less aimlessly, heading uphill. We knew we would see a lake from the top of the hill, and enter a more normal neighborhood.

In the meantime, dozens of people wanted to sell us things, or just attach themselves to us. After wandering for half an hour, we found ourselves in a more upmarket neighborhood – according to the map it was the diplomatic quarter. Here the houses were guarded by two-meter-high walls and electric fences.

Many taxi drivers tend to cheat on European and North American tourists. You better use Uber or MUV apps instead. 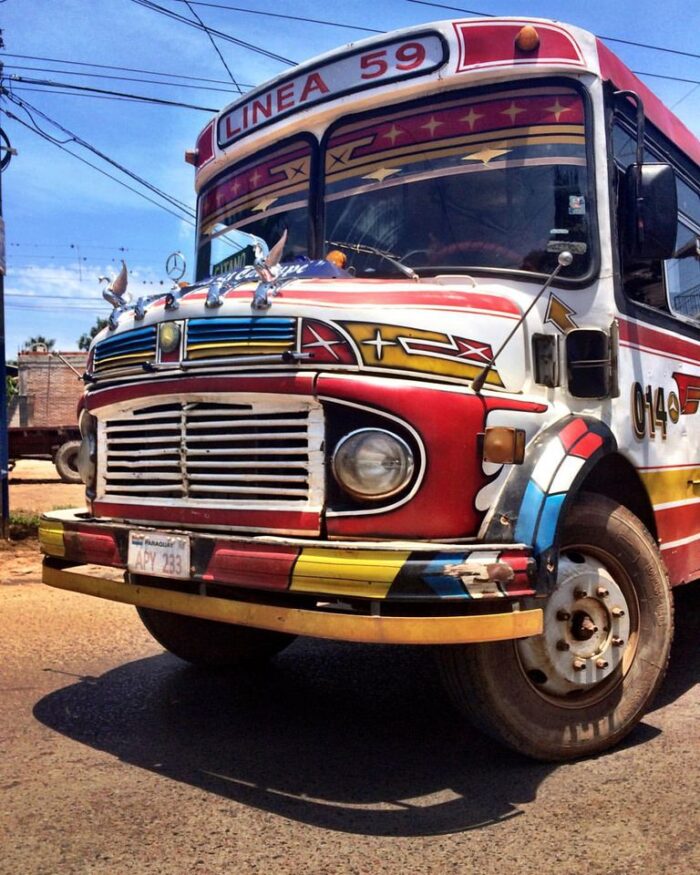 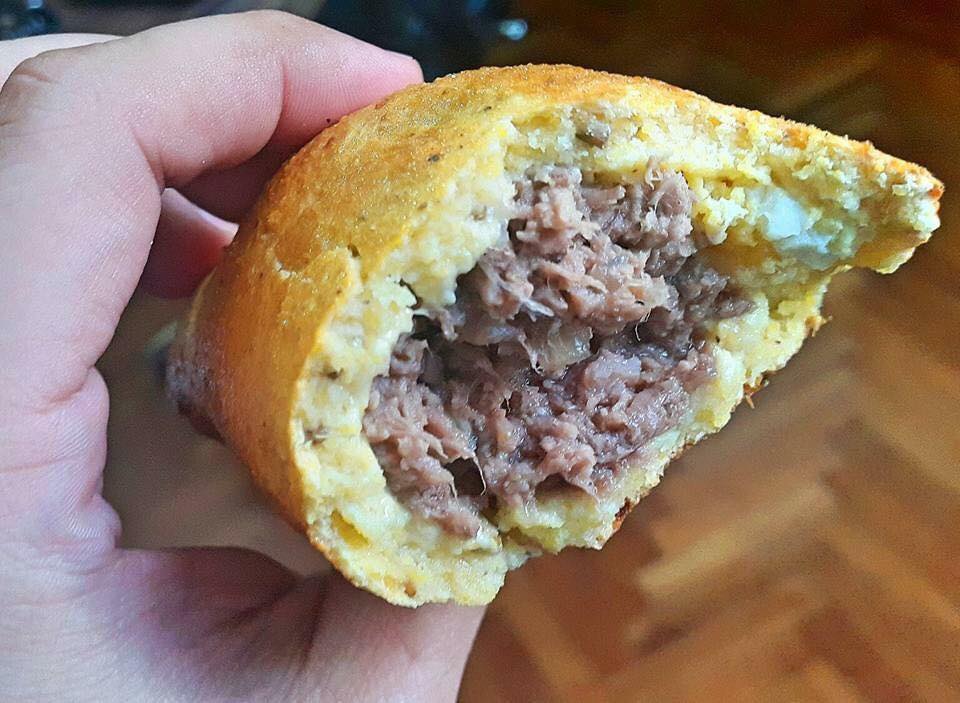 If you’re buying goods in Ciudad del Este, you’re likely buying fake or low-quality products. unless you go into malls.

Public security in Asunción is so-so. At night, avoid the Chacarita district if possible and be careful at bus stations and suburban areas. Even daytime, do not carry valuables and jewelry with you;  when you make payments anywhere, watch your immediate surroundings.

Street crime, especially mugging done by gun-toting assailants on motorbikes, is on the rise. In this regard, Ciudad del Este, near the Brazilian border, has a specifically bad reputation.

In the sparsely populated countryside, armed robberies happen at times on highways, especially at night. If you are traveling by bus from Asuncion to Sao Paulo, we recommend being constantly vigilant.

A smaller guerrilla organization, the Paraguayan People’s Army (EPP), is still active in the country's north. Members of this armed group have repeatedly killed soldiers, civilians, kidnapped people and attacked police stations in the region. That is why avoid the provinces of San Pedro and Concepción. 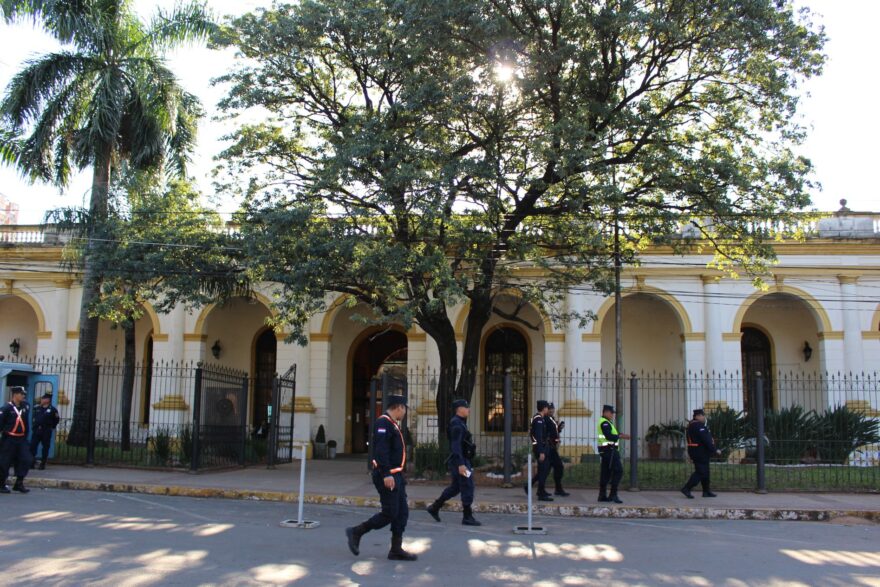 It is widespread that in a party, people sipping tereré (tea/herb) from the same "straw."  It is more or less an honor to be invited to share tereré amongst Paraguayans as this is their way of "accepting" you. Still, after - let us say - five others have sipped from the same straw, you may have hesitations, especially in and even after the COVID-19 era.

Tap water is drinkable but has a high chlorine content, so you better consume mineral water. 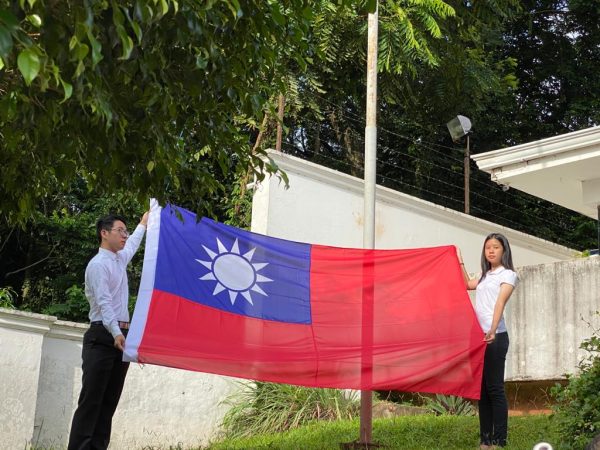 Language: Spanish and the native Guarani are the official languages - Almost all native Paraguayan speak both Spanish and Guarani.

,, Spanish isn't the first language of Paraguay. Many Paraguayans didn't even speak Spanish all that well. Guarani is their first language, and Spanish is more of an official business language everyone learns in school but doesn't speak at home."

Paraguay was a Spanish colony until it gained independence in 1811.

Chinese and  Korean control almost all the shops and restaurants in Asunción.

"In Paraguay, there is no way to withdraw money from an ATM without the local bank retaining the equivalent of just over $6. It’s impossible to bypass: even with a Citibank card, at the one Citibank ATM at a remote, suburban location, you still get charged. Paraguay is the only truly bilingual country in America, a place where ninety percent of the population speaks both the language of the Spanish explorers and that of the Guarani natives. Jopara is a creole of the two, and incomprehensible to those who only speak Spanish. Following colonization, the language of the colonizers prevailed almost everywhere, and it is a definite rarity that here the foreigners adopted the language of the locals. The presidential palace in Asuncion overlooks a dirt-poor city of tin roofs. Thanks to German immigrants, even cheap Paraguayan beers are absolutely fine.

There can be few countries in the world where smuggling plays such an important role in the national economy as in Paraguay. Today, the situation is one degree more orderly than in the eighties and nineties, but the Paraguayan city of Ciudad del Este, located on the Argentine-Brazilian triple border, basically exists to facilitate smuggling. All sorts of electronic items are much cheaper in Paraguay than in the two big neighbors, so it’s worth buying many goods, even a Playstation, across the border. It follows from the same that in Paraguay, even those in the lower middle class have a lot of modern gadgets, almost only manual workers use a mobile phone worse than a Blackberry.

Paraguay’s climate is close to unbearable. The temperature in Aunción was well above 30 degrees celsius in the first week of spring. No sane tourist has any business here in the hot, dry summer when temperatures can soar to 45 degrees. Due to the populous Arab community, doner kebabs, which are very popular in Paraguay, are called lomito árabe here. There are so many German communities in the country that there are children who do not even learn Spanish until they are 18 years old. School can be taught in German as well, and everyone in the area speaks German anyway. Paraguay and Bolivia are the only two landlocked countries in South America. Unlike Bolivia, Paraguay never had one. Accordingly, this has always been a good place to hide away from the world, whether one was a Jesuit monk, a Nazi war criminal, or a cocaine smuggler. Who knows which country has the highest number of plastic surgeries, but Paraguay must be a contender at least. The presenters seen on TV are practically composed of silicone and Botox.

Paraguay is the second poorest country in South America after Bolivia. Nevertheless, poverty here somehow doesn’t seem as hopeless as it did in its western neighbor. Maybe because there is no real metropolitan poverty anywhere outside Asuncion, as there are no big cities. Or perhaps because corruption is even more common than the Latin American average, the booming smuggling and cocaine businesses simply do not appear in official statistics. Looking at the Paraguayan Mega Dance, I just couldn’t decide who was the professional dancer and who was the celebrity in each pair, everyone danced so well. Paraguay has a population of around six million, while half a million Paraguayans live abroad as guest workers. Everyone is laughing about the fact that eighty percent of the whores in Buenos Aires are Paraguayan, and that no one who comes home from Spain in suspiciously good clothes is ever believed when they say they worked as a babysitter.

Both national dishes in Paraguay are pretty weird. One is the chipa, which is made from cassava flour, a fairly simple pastry which, if your lucky, is enriched with cheese. The other is sopa paraguaya, which, contrary to its name, is not soup at all, but a corn-based mash, a bit like polenta, and also served with cheese. Both are pretty good when eaten fresh, but a bit underwhelming as a national dish. At least beef can be found in every city, and the fish in river areas is good.” (2011)

People in Paraguay adore football and like loud music.

Paraguayans are not very punctual.

Left-wing ideas are far less popular among Paraguayans than in the neighboring countries. 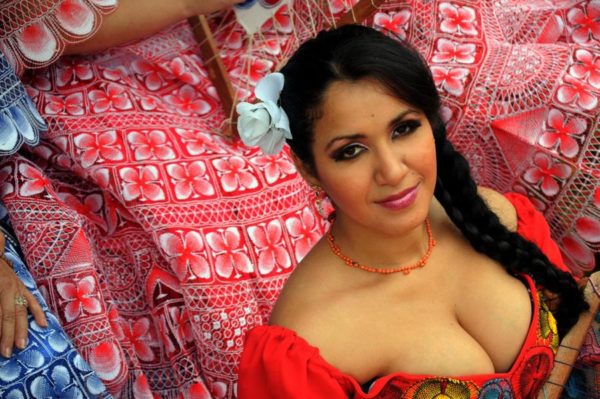 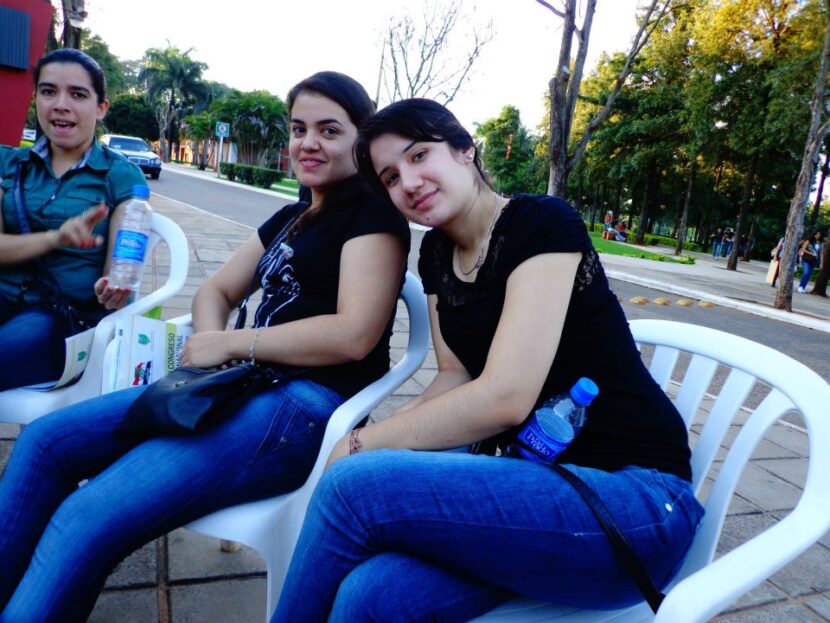 1. If you don't know well an elder local, avoid touching topics of a political or ideological nature. Several decades of military dictatorship have left Paraguayans with a certain sense of mistrust when revealing their opinions. It is also hard to predict the reaction of the other person. 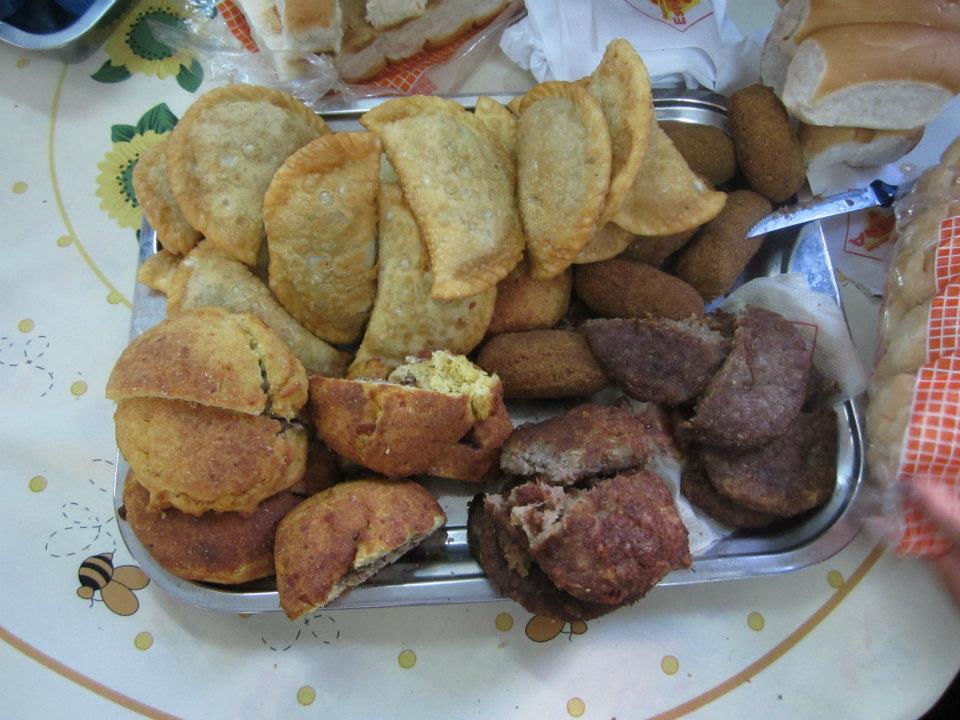 Paraguay - Asunción - The Metropolitan Cathedral of Our Lady of the Assumption, the main Catholic church in Asunción - Elter photo 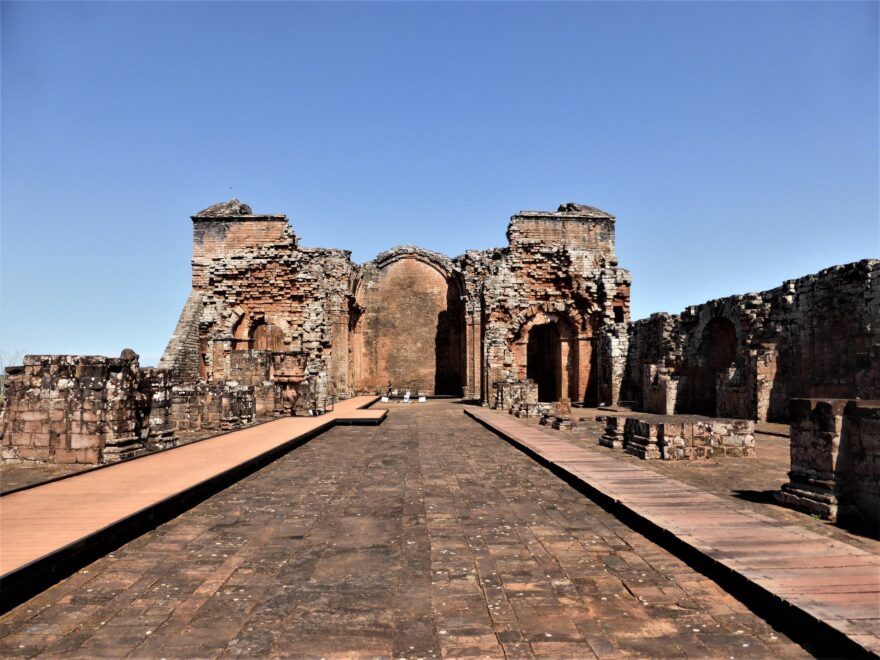 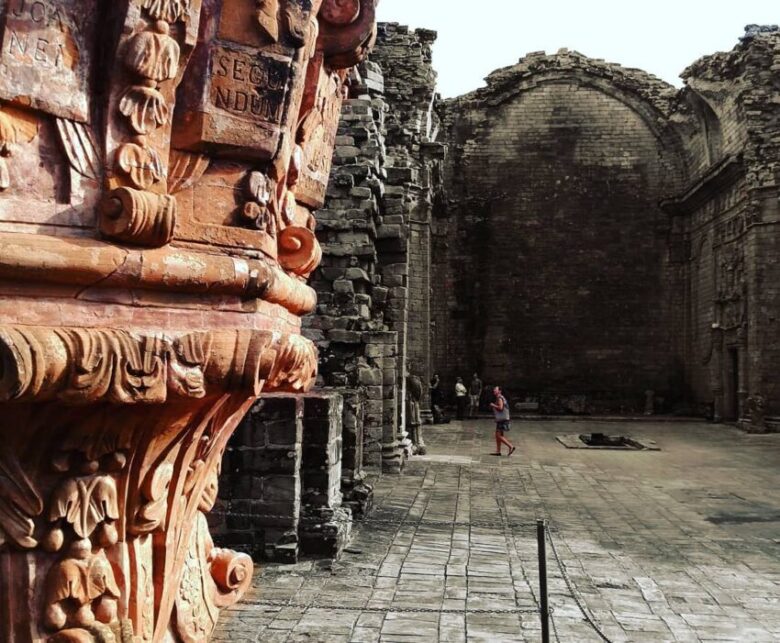 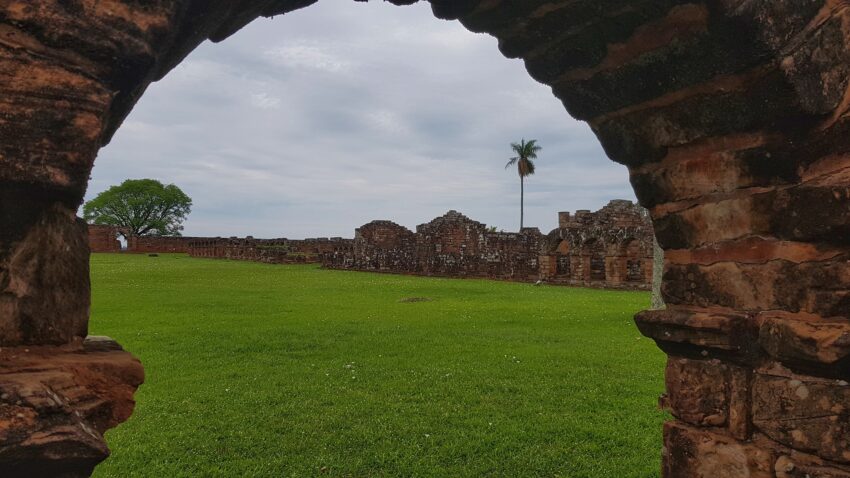 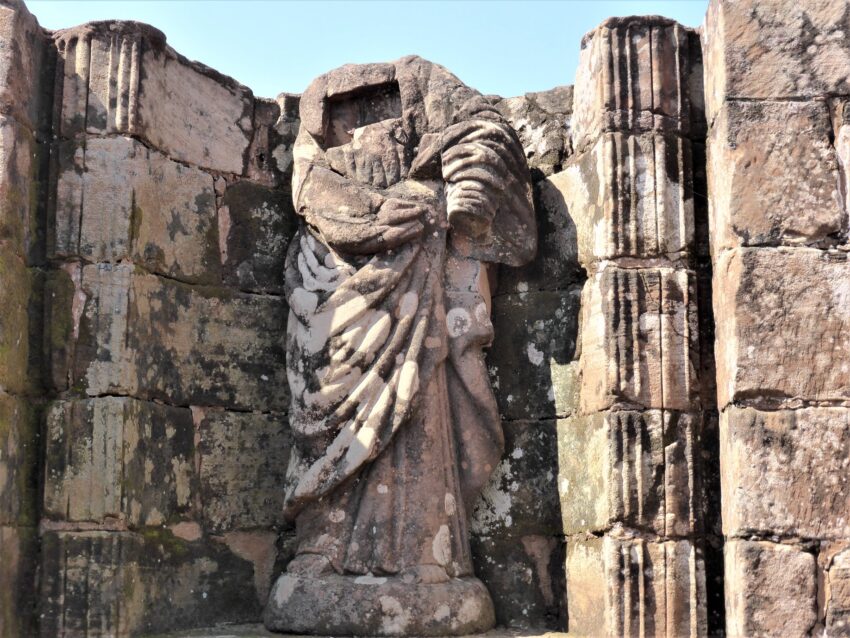