1. The  prestigious, upscale houses with their elaborated foyers built in the better times

2. The bohemian milieu of the Palermo neighborhood

4. An evening in an authentic milonga dance club with adorable old folks

6. Tap water is safe to drink

8. Buenos Aires is much cleaner than Rio or Sao Paulo

2. Many locals are not specifically friendly

3. The sweaty air inside the metro (subte) during summer 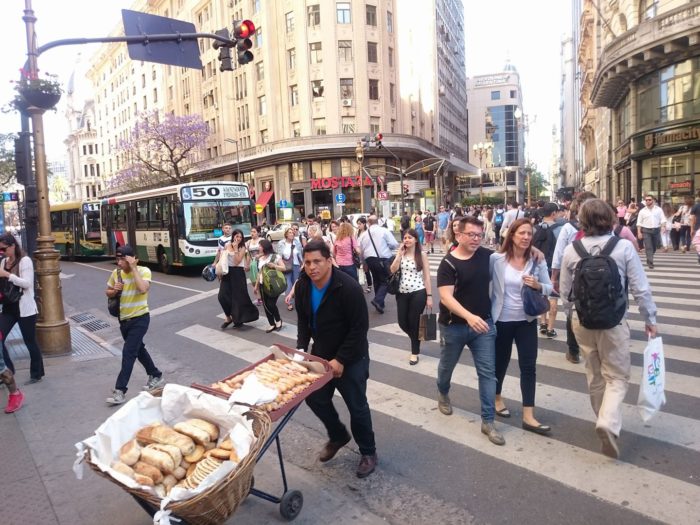 Buenos Aires is a thrilling, multifaceted megacity that pulses with life. I’ve visited almost all the big cities in South America, and I can say that from a tourist perspective, only Rio outclasses the Argentinian capital. In Rio, though, the main attractions are the beaches and the natural setting, whereas Buenos Aires has much more beautiful buildings and more interesting neighborhoods. To begin to get a feel for Buenos Aires, you’ll need three days at a bare minimum.

Strange to say, the most popular tourist attractions weren’t the ones we liked best. The district of La Boca, for instance, famous for its colorful houses, seemed a bit artificial, as though ‘tailored’ for tourists, though we heard that European visitors generally love the place and spend hours there. One of my most vivid memories from a visit to Buenos Aires fifteen years ago was the Recoletta cemetery, but this time we barely spent an hour there because we found the crowds of tourists so uncomfortable. On the other hand, we loved the San Telmo district, and the fashionable young neighborhood of Palermo Soho, both by day and in the evening.

We stayed on one of the broadest boulevards in the world, the Avenida 9 de Julio, not far from the Obelisco monument. This turned out to be a great choice, because such a central location made it much easier to orient ourselves. The downtown, or Centro, is fantastic, with lots of little streets like Calle Reconquista which are full of atmosphere. We also liked Puerto Madero at night – it’s a modern district, and the locals and extremely proud of it. Among the museums and exhibitions, our favorite was the super-modern bicentenary complex next to the Museo Evita and the Casa Rosada.

What struck us most was seeing the architectural legacy of Buenos Aires’ glorious golden age (roughly 1860-1920). The city is full of grand old buildings which have seen better days. Being from Hungary, this made us feel right at home. In front of the buildings, the sidewalks are generally in very bad condition, but the roads in public ownership are well maintained. The metro stations are, I think, ugly and cramped, but the trains are modern.

Buenos Aires is a city built on a grand scale, which means a lot of time either walking or travelling if you want to see the various districts. Anyone who just sees the city’s main sights, like the Florida pedestrian street and its surrounding neighborhood, may find it more difficult to fall in love with Buenos Aires.

People from elsewhere in the country generally feel a strong antipathy towards Porteños, or inhabitants of Buenos Aires, but we liked them. Despite their many problems you can see their love of life – they try to get as much enjoyment out of their existence as possible – and they’re much more casual and direct than Europeans. 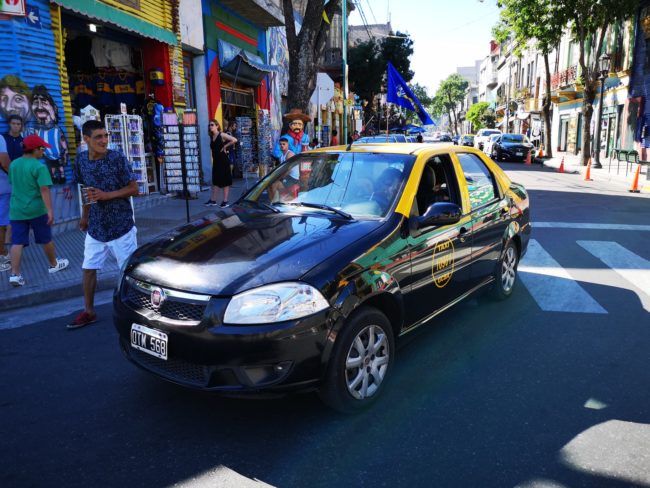 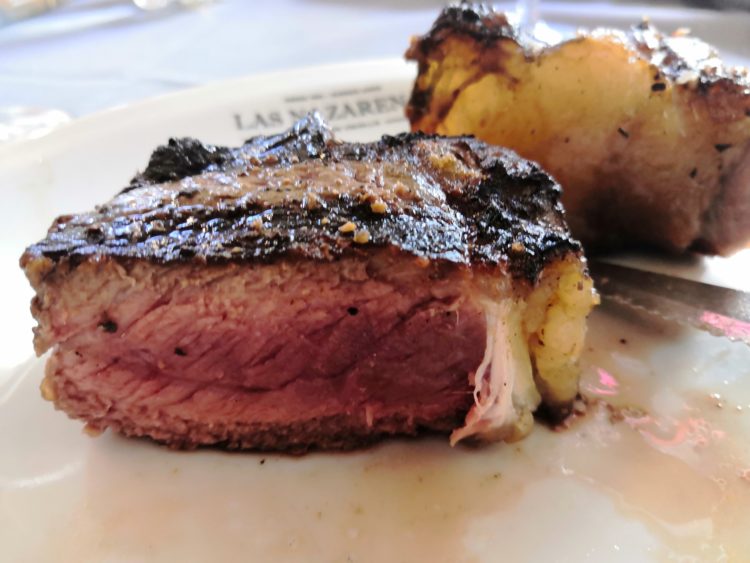 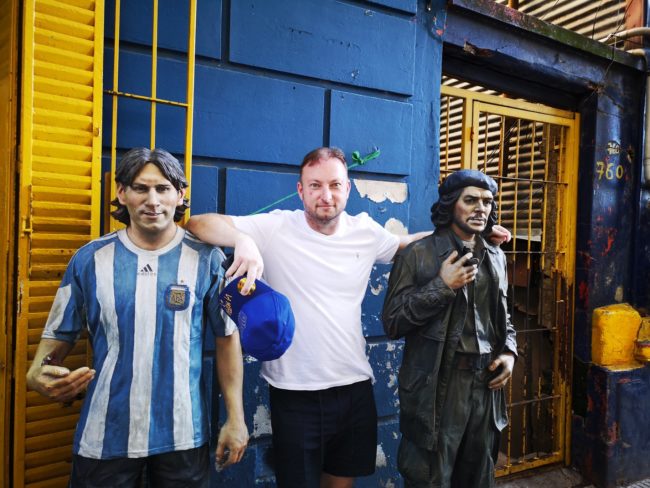 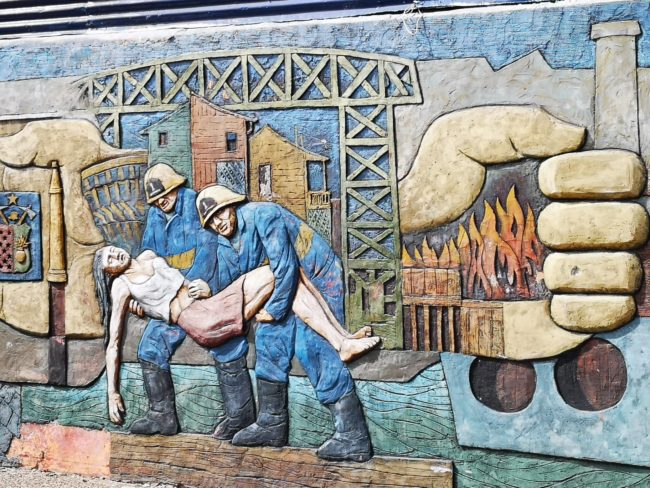 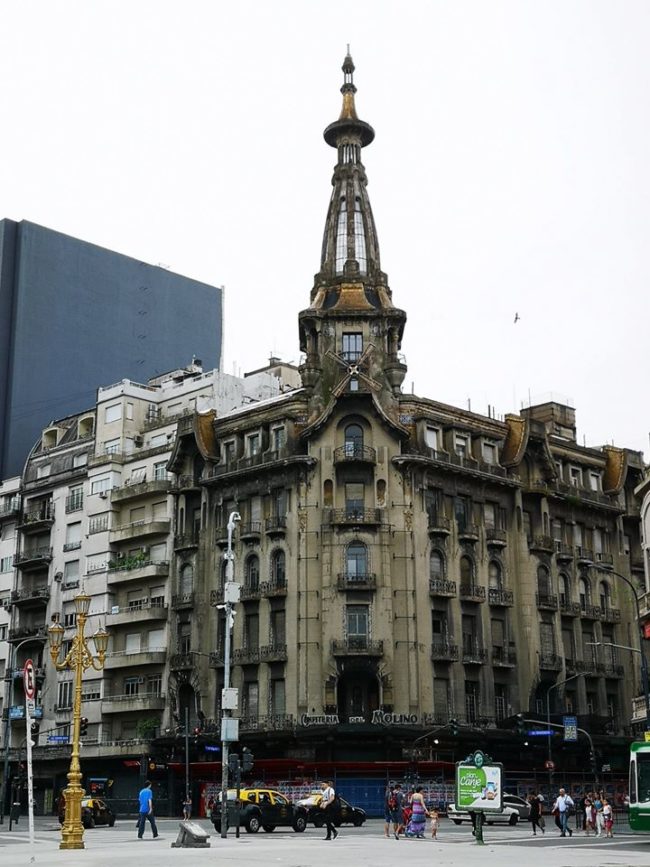 Buenos Aires is the capital city of Argentina. The magacity is on the western shore of the Río de la Plata's estuary on the South American continent's southeastern coast. "Buenos Aires" can be translated as "fair winds" or "good airs,"

The residents of Buenos Aires are mostly descendants of Italian, Spanish, German, and French immigrants. The vast majority of the population is white. They speak Spanish, what locals call Castellano.

The city's river is the Rio de Plata. 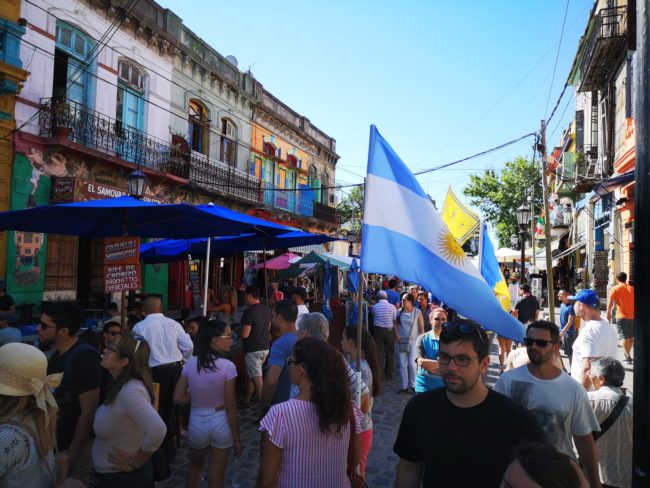 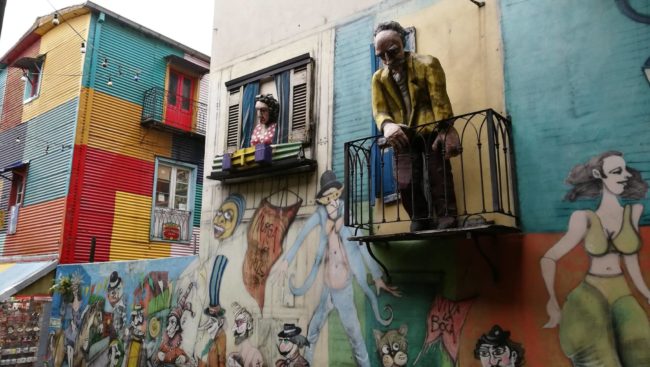 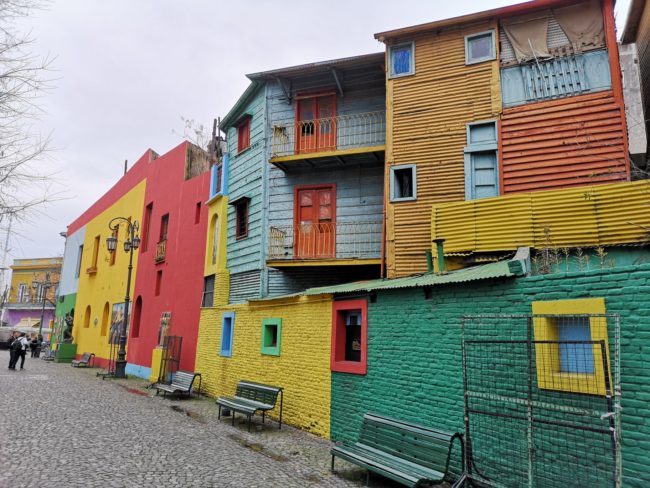 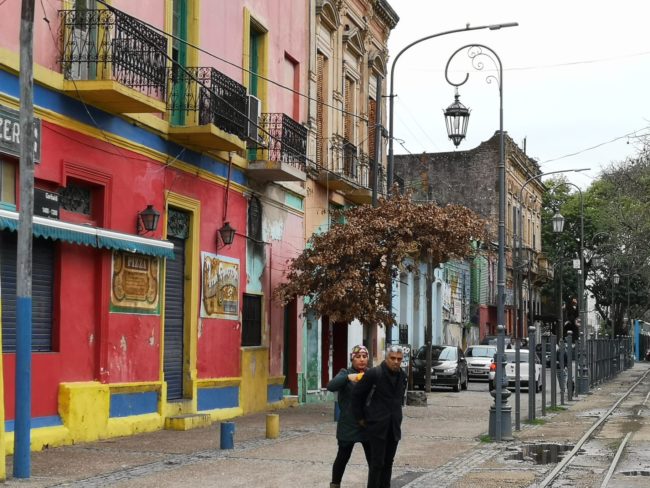 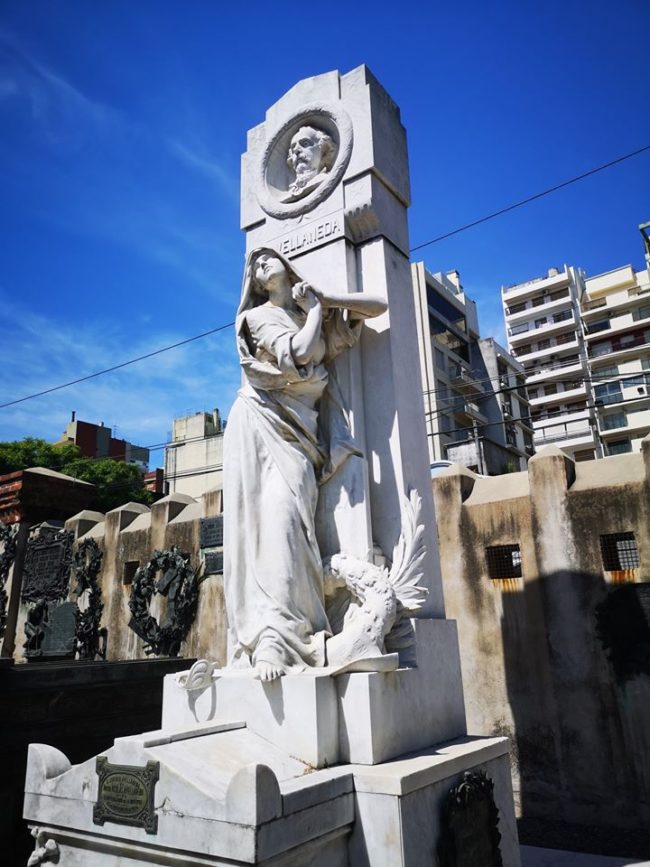 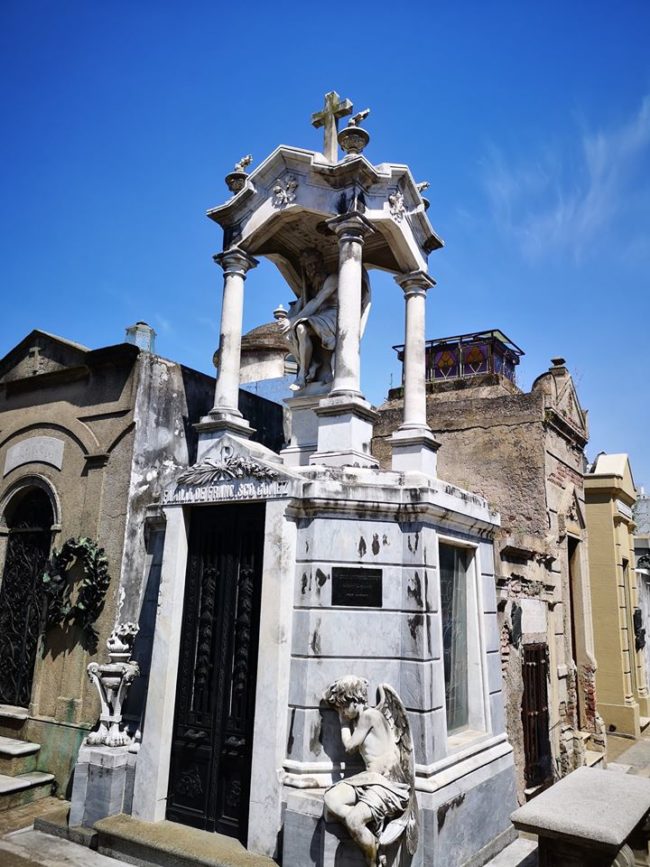 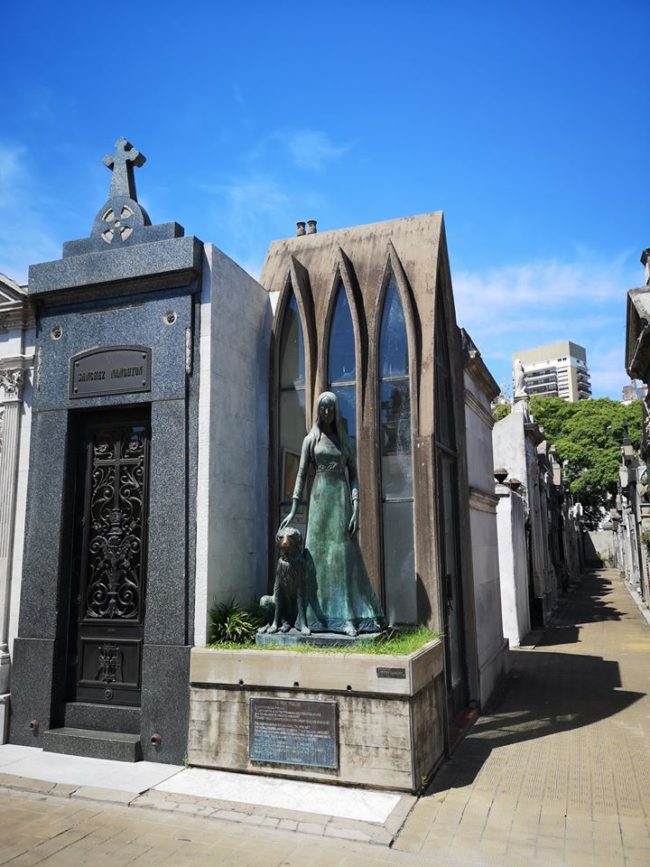 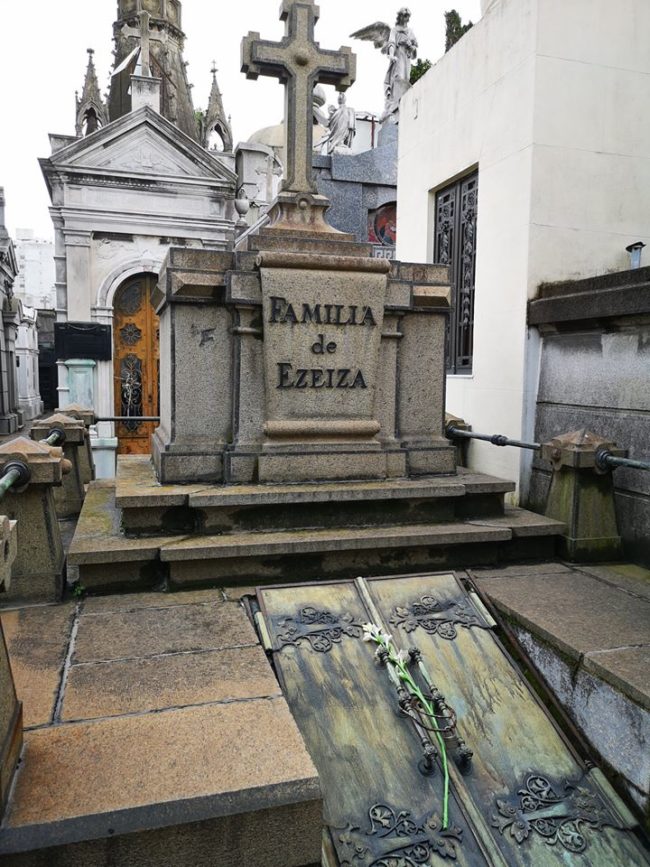