1. Locals are hospitable, tourism has not corrupted them

2.  Cheap by West African standards - stressing - for a tourist

4. Amazingly tasty food (I am not referring to the bat roast dish) - Many sources say that the cuisine of Togo is the best in West Africa

5. The wonderful plateaus of the Kpalimé region inside of the country - vertiginous cascades, deep green collins

7. Astonishing what they can create from used tires: sandals, toys, fuel

8. A lovely excursion on a long-term taxi from Lomé eastwards along the rest of the coastline

9. Lomé far less stressful than most of the West African big cities

1. Frequent police controls, identity checks - We always wondered why to pay any attention to us this way

2. Unfortunately, the sea in Togo is mostly polluted, plus dangerous because of the undercurrents - no beach experience

3. Their national parks are in bad conditions, partly on account of the  dirty poachers

4. Public safety is bad in Lomé - we were afraid to have a walk after dark

5. People on the street smiled at us, but it was apparent that they are unhappy about their destiny

6. We did not have time to visit a top attraction, the traditional villages of Batammariba (like Koutammakou) in the North, a UNESCO world cultural heritage site area

8. Road conditions are terrible outside Lomé

9. Politically Togo is a mess -  all our local spontaneous discussion partners complained about that

10. We have fled the fetish market of Lome after 15 minutes because the voodoo objects were mostly stomach-turning, disgusting 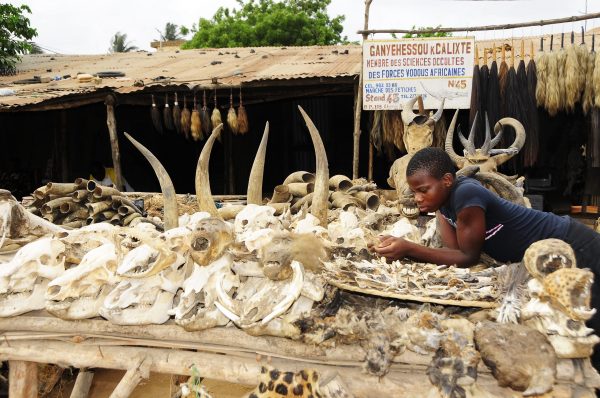 We experienced the essence of Togo.

It started with being denied entry to the country. The point is that there is a visa called visa entente, which is valid in five African countries: Niger, Burkina Faso, Ivory Coast, Togo, and Benin. Buying this is (or should be) cheaper and easier than getting 2-5 separate visas. There’s just one slight problem: a visa only entitles you to a single entry, and anyone who enters Ghana from any entente country cannot visit another entente country with the same visa. But take a look at the map: Ghana is perfectly nestled among the Entente countries, so it’s only very fitting to enter five countries with this one visa. With this in mind, we bought the visa to Burkina Faso separately, and there, explaining our plans to the clerk in Ouagadougou, we obtained an entente visa to be used in Togo and Benin. Then the Togolese border guard told us in a bored voice that our visa had been invalidated because we had entered Ghana in the meantime. Even though we explained that the visa issued barely two weeks ago had not been used anywhere yet (since we had not entered Burkina Faso with it), he continued to insist and said that we had to buy a transit visa at the border. After a long and patient explanation, we asked to speak to the head of the border post, who, not in uniform, was watching videos on his tablet in his spacious office. He also ignored our argument that we had never entered the territory of the visa union with a single-entry visa so our stay in Ghana did not mean leaving the visa union. There was no indication that we were being invited to bribe them or pay the €20 visa to Togo, the procedure seemed more like bureaucratic inconsistency and insistence (10 minutes before us, an American couple had been able to enter with a visa that really had been ‘expired’ and we were also assured by the Burkinese authorities at the time that entry into Ghana would not affect the visa issued in Togo). When we were threatened to return to Ghana (where we no longer had a visa), we were given a visa. In addition to the damage to our sense of justice and the annoyance over the cost of the entente visa, the problem was that we suddenly did not have a visa for Benin either.

After all this annoyance, the cozy campsite in Lomé made us feel better: we parked under the palm trees, in deep sand, twenty meters from the ocean. At the time, of course, we didn’t know that instead of the two days we originally planned, we’d be spending more than a week there, nor that the constant salt mist would leave a mark on all untreated metal surfaces and screw heads during that time.

We rested on Sunday. I’d like to write that we splashed in the ocean, but it rather splashed on us. Most of what we were able to do were stand and lie in the sand as the waves washed over us (also good for full-body peeling). The water was nice anyway, and we enjoyed the big waves. We met the Englishman Paul at the campsite, and at dinner, we saw the Russian Oleg for the first time since Bamako. They were both crossing Africa on BMW 650 touring bikes, but going separately. We shared our adventures over an average but very welcome bit of schnitzel.

The next morning, one of us didn’t feel too good. We wouldn’t have gone to the doctor with the mild headache and nausea if there hadn’t been a clinic said to be reliable four hundred yards from the campsite. The doctor did not make anything too complicated – after hearing a description of the symptoms he immediately made a definite diagnosis and ordered a blood test.

Everything and the opposite can be read and heard about whether a traveler on a long trip should take medication to prevent malaria. No one argues that the most important thing is the combined use of a mosquito net and mosquito repellent (a cream containing 30-40% DEET or picaridin), but the truth is that despite our best efforts, we ended up with a lot of mosquito bites. When it comes to pharmaceuticals, however, there is no such united front. Those actually living in Africa obviously cannot take medication for the rest of their lives, while if you’re only traveling for a few weeks, there is almost no reason not to. But it isn’t obvious what a traveler who will be on the road for a year and a half should do. We ended up choosing continuous medication as a precaution. Of the three possible medications, it was easy to choose the one that best suited us: Lariam was no good because of the possible side effects, Malarone was simply unaffordable for such a long time, so the only one left was Doxycycline, which has one important pleasant and one important unpleasant side effect: it protects traveler's against diarrhea but also weakens the stomach bacteria that can themselves cause diarrhea. However, according to a study, it provided the lowest protection at just 96% over a period of one and a half years. As insurance, we brought with us two rapid malaria tests and enough Malarone for three treatments (it is not only suitable for prevention, but also for treatment).

The positive malaria test was primarily a disappointment. Of course, we knew that doxy didn’t provide one hundred percent protection (though we also didn’t know if the mildness of the symptoms was due to doxy), yet we felt like we weren’t defending ourselves thoroughly enough. In the absence of fever or other serious symptoms, we weren’t really scared, but we didn’t feel the adventurous romance of a bout of malaria either. The treatment did not leave anything to chance: three injections of artemisinin were given before the three-day course of Coartem recommended for uncomplicated malaria infection. The test performed in Cotonou on the seventh day was already negative.

It’s time to admit that one of us – the one with malaria – is completely paranoid about the car. There are, of course, a number of reasons for this, including the fact that we hadn’t had a car yet, we’d have to wait thirty days for a part to arrive from Japan, we were often thousands of kilometers away from a dealership, hundreds from a city, and perhaps dozens from any vehicle traffic at all. Add to that the fact that brand service in Africa is a privilege for the few, and the costs are not in line with the value of the car or our budget. Despite being extremely reliable, the Land Cruiser was a nearly twenty-year-old car, which had already run for half a million kilometers, so we figured it should cope with bad roads. Unfortunately, we had a really bad experience in Hungary, and even at the beginning of our trip the gearshift was making its presence known with a series of warning lights that would have been a nuisance on their own, but together were positively alarming. So when the third, seemingly reliable and informed mechanic offered to fix it by replacing the clutch disc, we hesitated, but ultimately decided to pay for it. The gear shift didn’t get any better, but at least the shift has become louder and noisier, even after the next mechanic replaced the bolts the first mechanic had forgotten to put back when he changed the clutch disc. And we vowed that no one in southern Africa would touch the car unless it exploded. Of course, since then, to our repeated grief, we have repeatedly broken this vow…

Visa administration, malaria treatment, and car service basically took up the seven days allotted for Togo, so we saw essentially nothing of the country, including the magnificent waterfall of Kpalimé, or the World Heritage villages of Batammar. Perhaps most characteristically of all, we took a total of eight photographs. It’s extremely unfair to say this, but the best part was leaving the country.” (2017)

"Then we went north and west, and on the way, we stopped to see a Muslim village where, of course, they practice voodoo-like everywhere else, but here only white-colored animals are sacrificed, chicken, sheep, goat, and, obviously – I had to ask – tourists? Starting with my 160kg companion, the ghosts would have eaten well for a long time. There are only eight of us anyway, and the rest are fine, though it’s not an overly intellectual group. My roommate is an old lady from Boston, but she drinks beer and is of gypsy descent so we get on well. But her weight is brutal, and I told her I couldn’t get over it. Let’s say you’re traveling in the back seat of one of the little minibusses, if you crash there you’ll be buried with the bus because we won’t even be able to cut you out with an angle grinder. Enjoy your meal.” (2017) 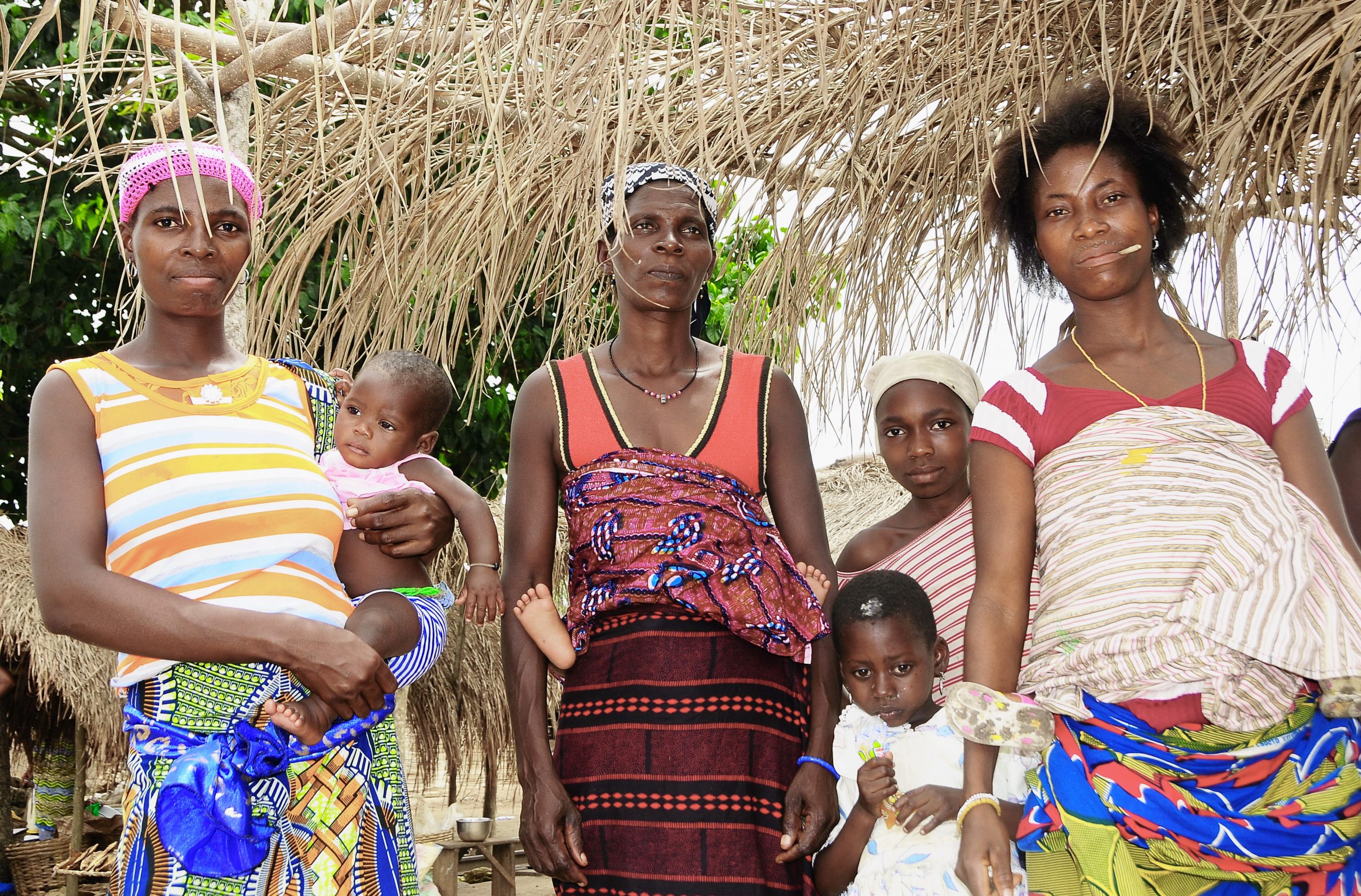 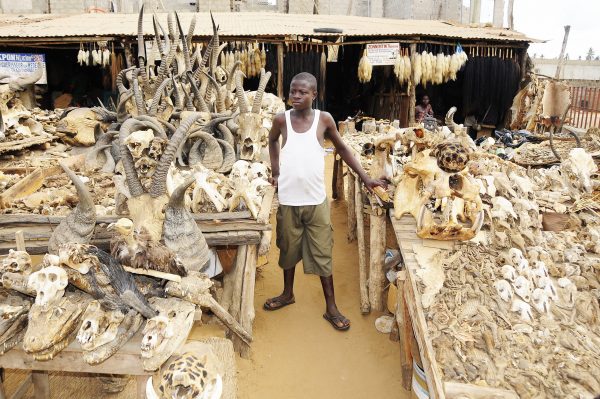 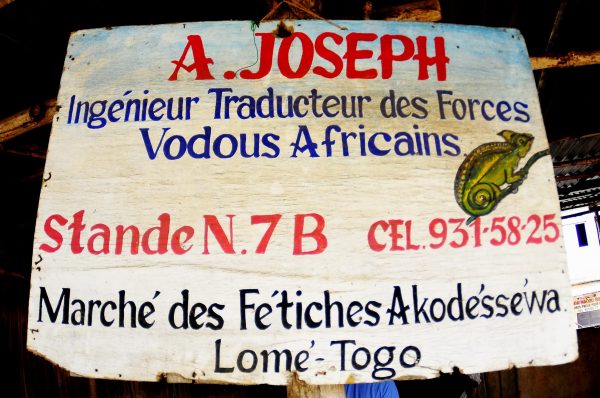 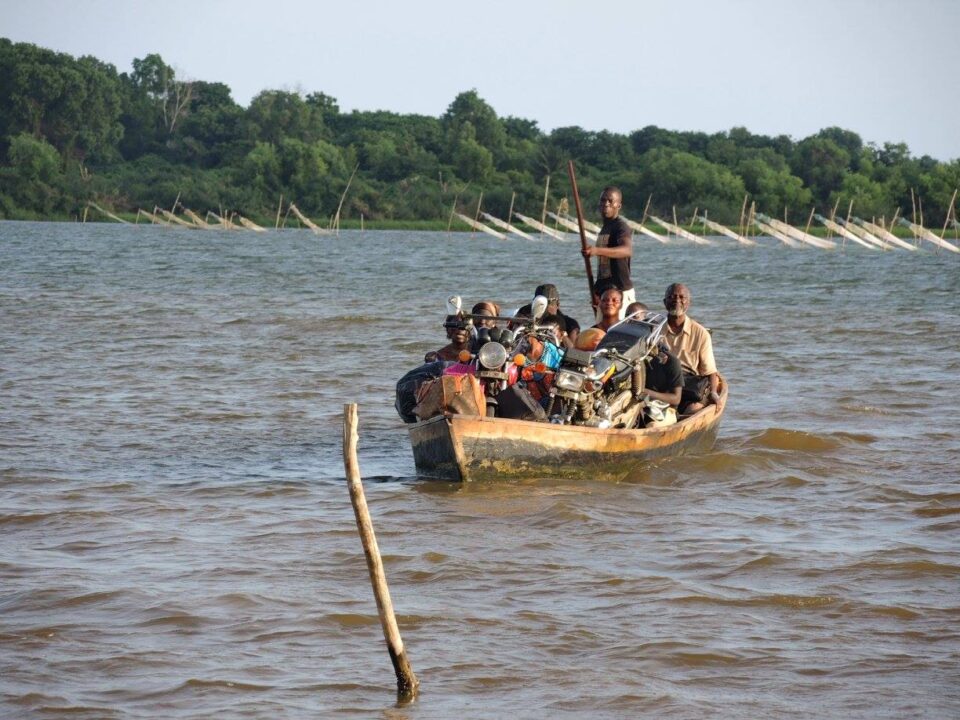 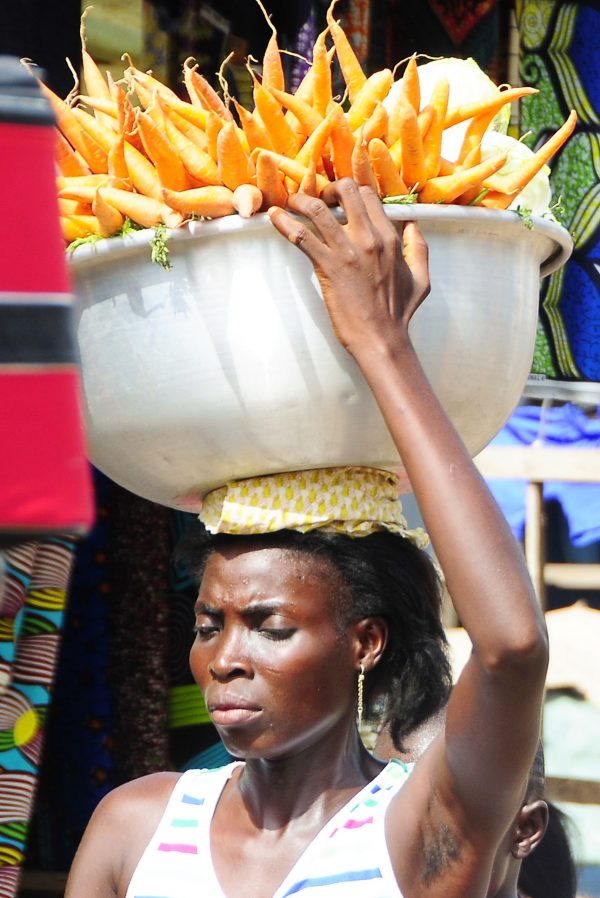 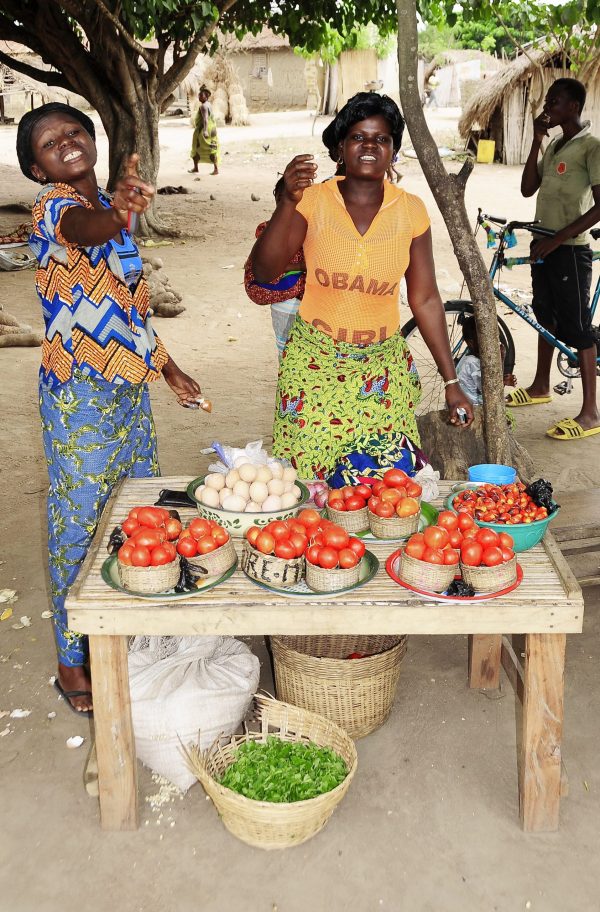 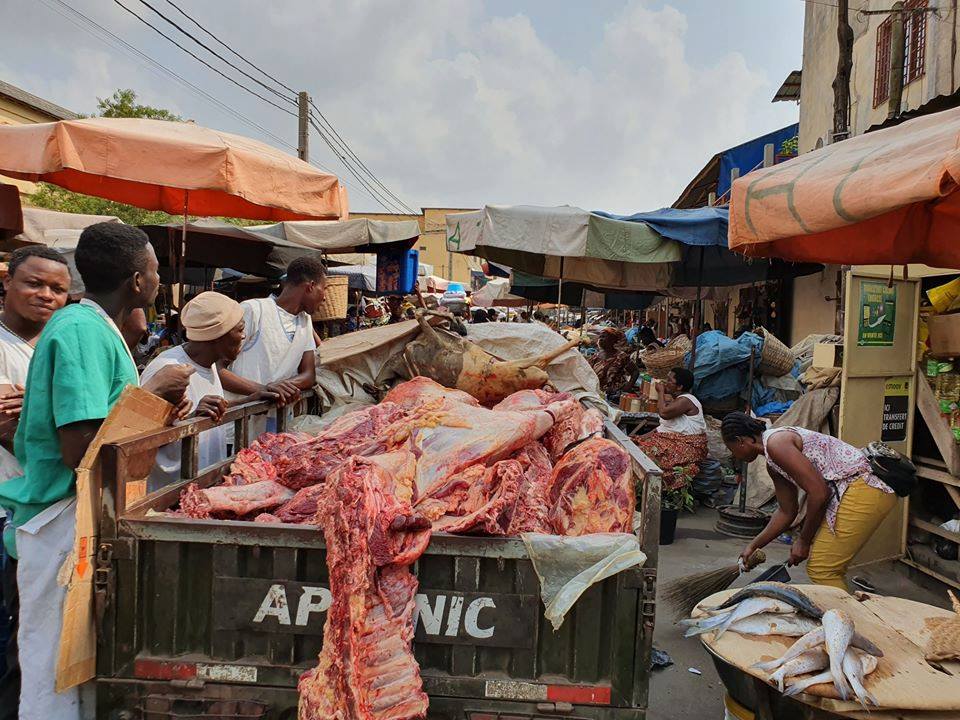 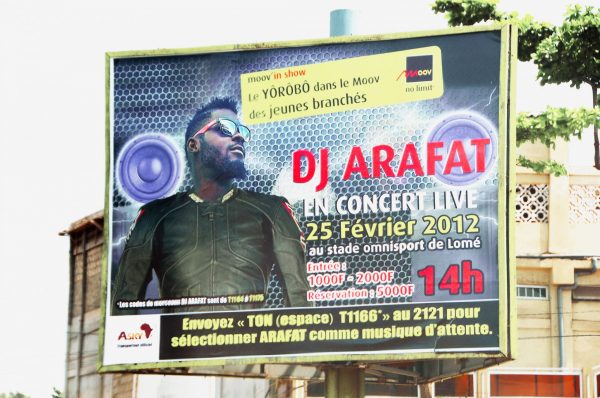 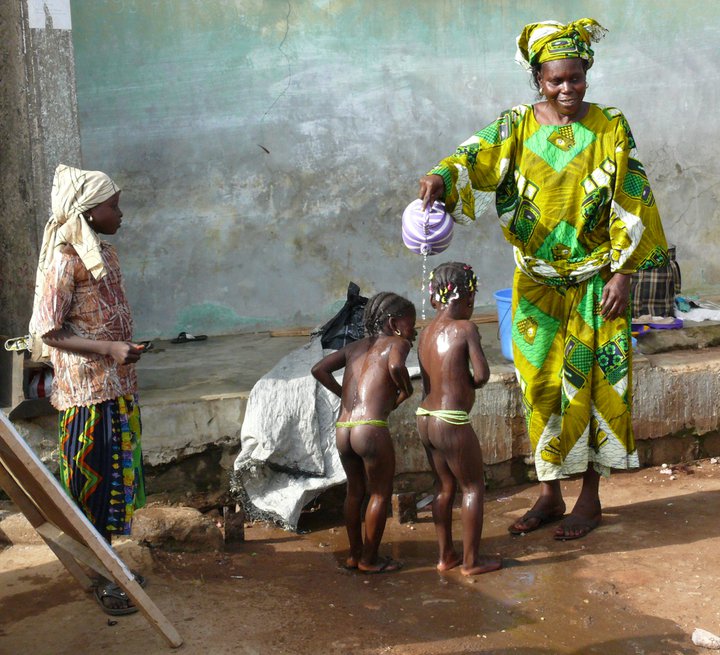 Togo has been lead for more than 50 years by the same family (Gnassingbe), and this dictatorship forces a lot of educated Togolese to leave their country for a better future. 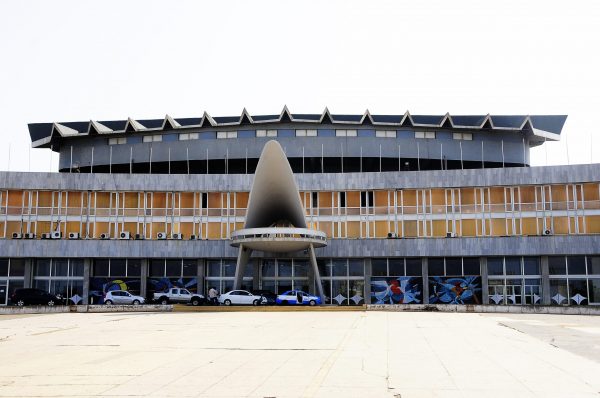 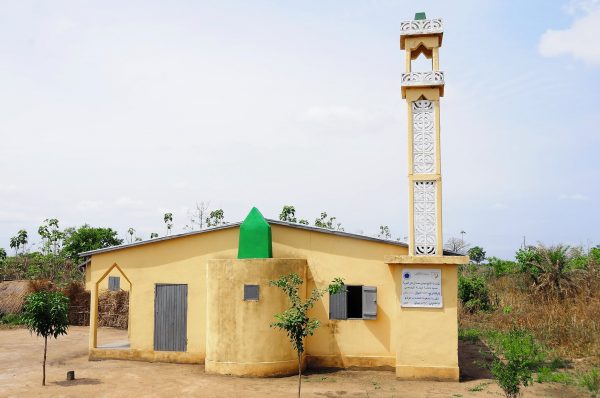 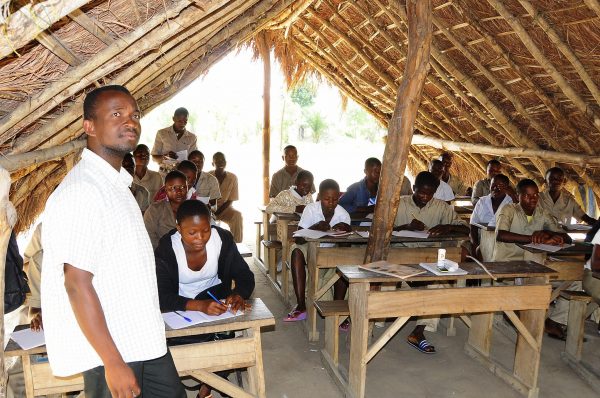 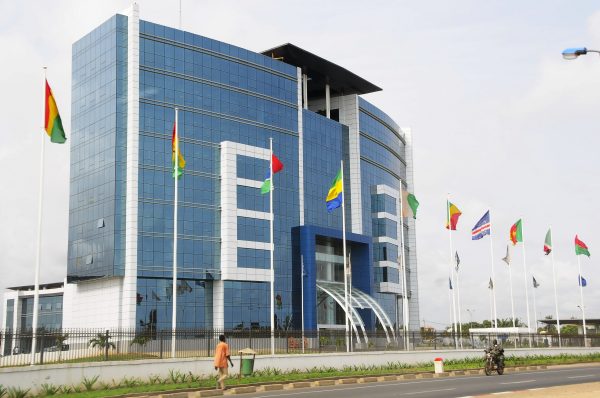 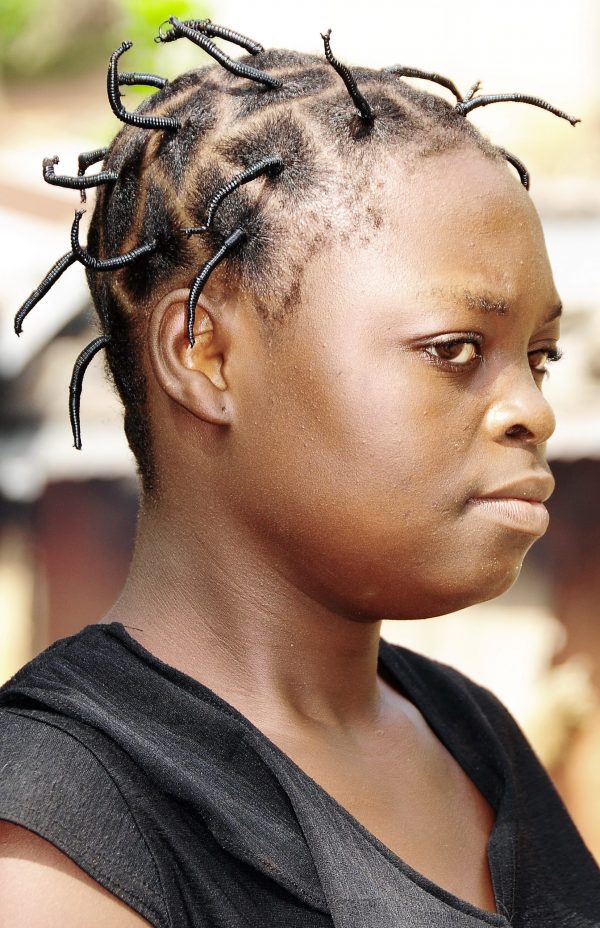 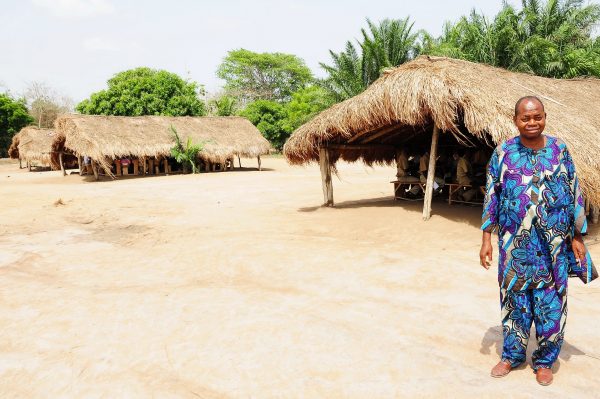 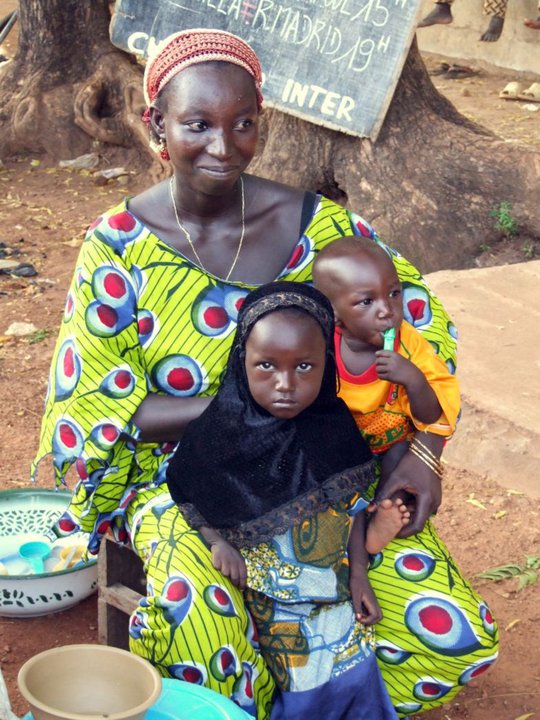 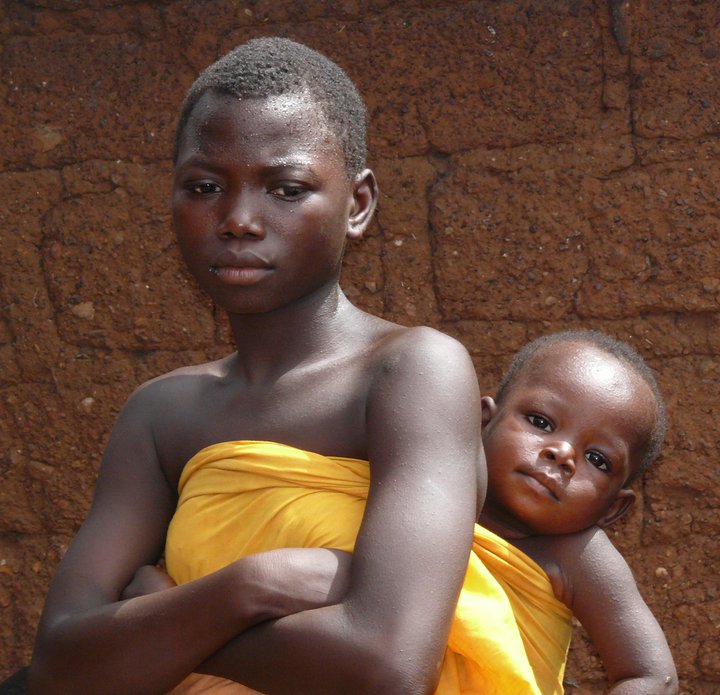 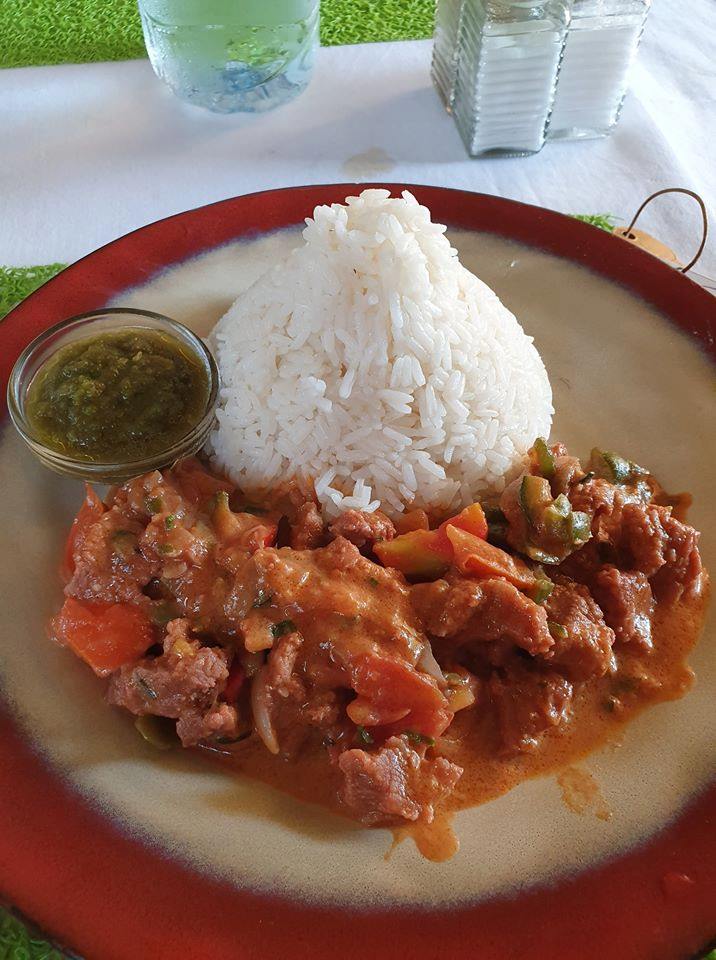 “Lomé: A sandy cove, lots of huge container ships, fishermen, and colonial buildings. There are paved streets, but not many. The market is a real African psychedelic cavalcade where you can get everything. Pretty much right next to each other are Chinese plastic shoes, a slaughtered goat, counterfeit whisky, and shampoo. And – good news! – mango too.

The fetish market is what you’d imagine – lots of dead animals, including hedgehogs, horseheads, dog legs, dry lizards, cow tails, goat hooves, and so on. You can also find little voodoo statues with nails and talismans. We sat down with a healer from whom we could have bought – for good money – a safe trip, family protection, true love, and buffalo sex (the latter would have been achieved with tea from potency-boosting branches) and the guy made some very graphic gestures, to make sure we understood what he meant.” (2017) 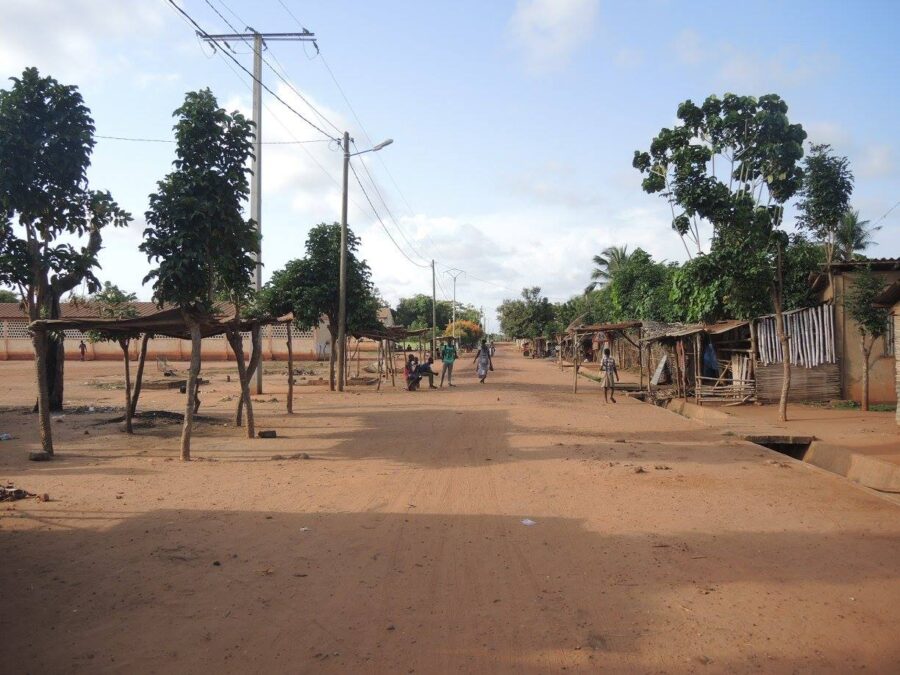 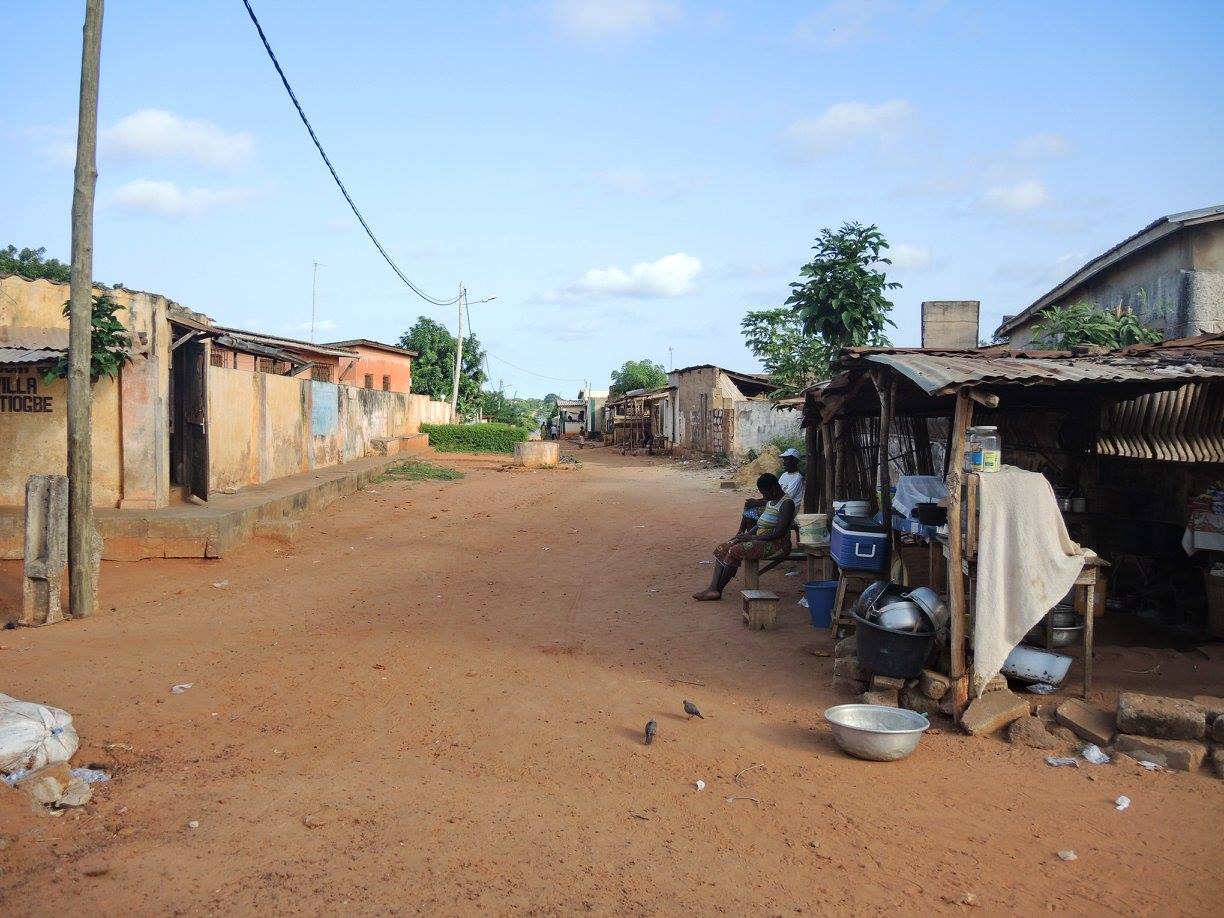