2. Except for the bandits, locals are friendly, welcoming

3. The colonial building in Bissau (impressive, even if not restored)

4.  Long sandy beaches without many tourists

5.  Canoeing tour in the Bijagós archipelago

7.  The bustling nightlife in the capital city

8.  Apart from the safety concerns, you feel no stress in remote countryside villages

9.  Cheap country, even taxis are cheap

1. The country roads are in bad condition, so traveling in the countryside is very time-consuming

6.  Although tourists are not affected, it is disturbing to know about the importance of drug trafficking in this country (Guinea Bissau is a crucial transit point for South American drug shipments bound for Europe)

7.  Major safety concern for tourists: there are bandits on the country roads

9.  The aggressive reaction of the market ladies when we tried to take pictures of them (never tried again)

10. The colonial Old Town of Bissau is in a desolated condition

“The borders work a little differently here in Africa. Here, for instance, the border is marked by a rusty chain and three grazing pigs. No human to be seen. After waiting a few minutes, a sleepy man in slippers emerges from a wooden hut close to the chain. It turns out he’s the border guard. We offer him some boiled sweets, and he writes our details in a booklet then waves us on.
Only 200 meters, though, because then there’s the customs post. The small customs. The big customs, where the commander works, is in the next town, and only he is qualified to handle our case. His working day is already over, though, and he has gone home. Come back tomorrow. We say no, it’s not good, it has to be today. We argue a little, and insist on calling the commander. This in itself is no easy matter, as first we have to get hold of a telephone card. A gaping boy is sent hurrying to a nearby pigsty to get a card. He brings the card, but we have to pay the charge – a poor customs official can’t afford such expense.

After waiting half an hour for the phone to charge, we call the commander. After a long argument, we are permitted to travel on to the next town, on the condition that we report to the customs commander there at 9am next morning, with all our papers. By now night has fallen, and it is pitch black. It is a 36km drive to the town.

We drive down a ravine, on a road used mainly by trucks, and cover the distance in two hours. We drive through some small villages, where the people sit and talk by fires in front of their huts. No electricity anywhere – people really live in a way virtually unchanged for centuries. When darkness falls they light fires, cook, and talk.
We slowly leave these villages behind us, and are only a kilometer or so from the town when a man steps out in front of us. He’s in shorts and sandals, and has a Kalashnikov. We stop at once. Another two guys appear – one of them likewise has a Kalashnikov, while the other has an ancient bolt-action rifle. After a short conversation it transpires that they are the national guard. More than a little alarmed, we hurriedly share with them caps, t-shirts, biscuits… anything and everything we can lay our hands on. After half an hour they let us drive on.

We soon reach the town, which is totally bizarre, because it’s quite a large settlement, with a bustling nightlife, but absolutely no electricity anywhere. The darkness is complete. Whatever, we’re heading on to Bissau. As we drive, the moonlight strikes something and catches my eye. We stop. Not far away, a boat is bobbing on the water. It’s the river that sparkled in the moonlight. And not a small one. We ask a local where the bridge is. He grins, and says there isn’t one here. But there is a ferry. Great, we say, we’ll take it across.

We set off in the direction he indicates, and sure enough, before long the ferry gleams into view before us. Except of course it doesn’t – rust doesn’t gleam. The bigger problem, however, is that it isn’t sailing. The boat has no lights, so it can only cross the river during daylight. The captain is gone. Someone hurries off to look for him, but doesn’t find him, because he’s gone to some other village on his bicycle. Checkmate. We sleep there.” (phica, 2019) 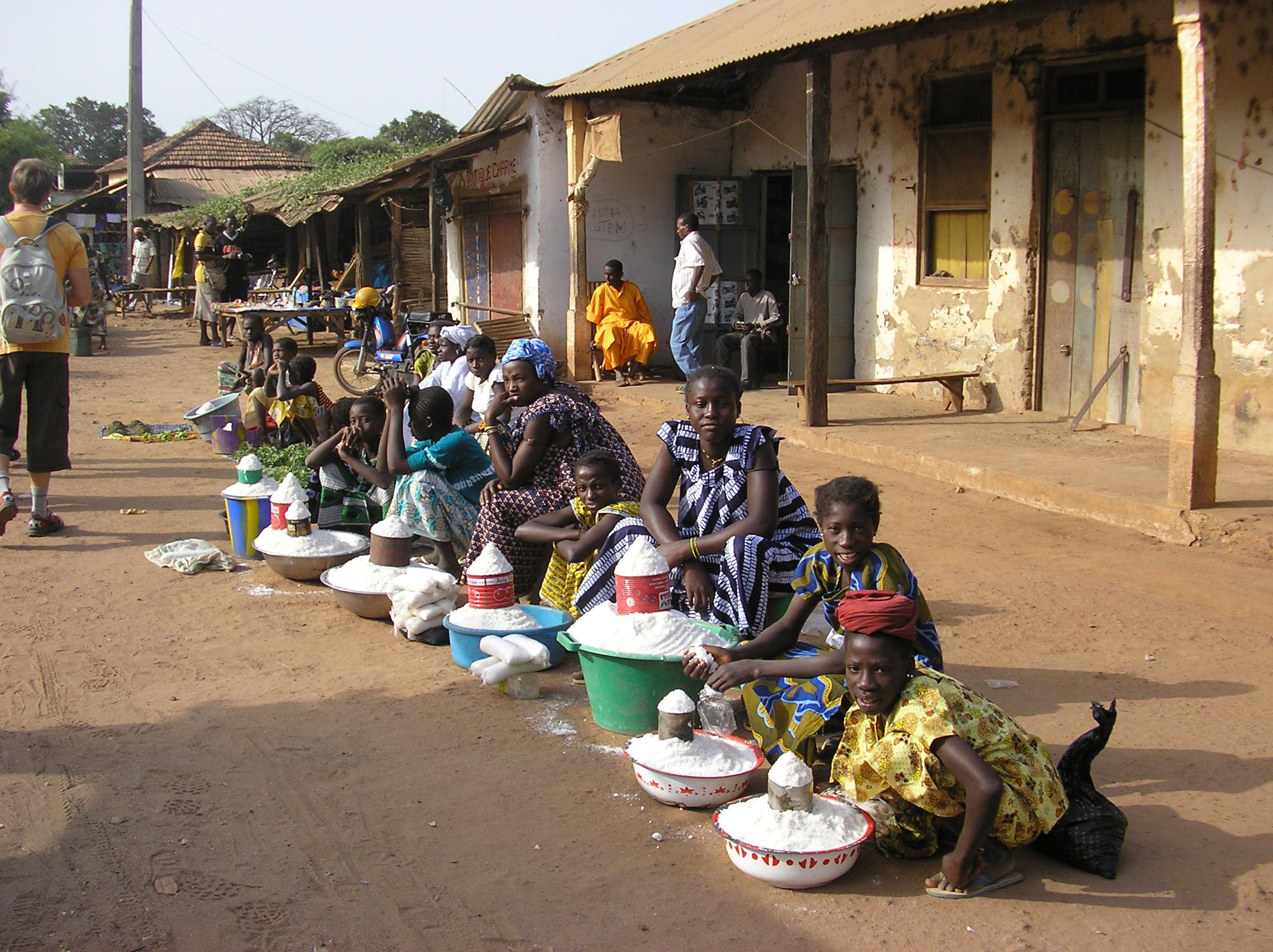 The period between July and October is the rainy season when the roads become impassable.

Public transport does not exist in the traditional sense, but there is a taxi. Taxi costs must be agreed with the driver before departure. The country’s road network is lagging, with a lot of potholes. Wild animals in the country roads can pose a danger to car drivers. 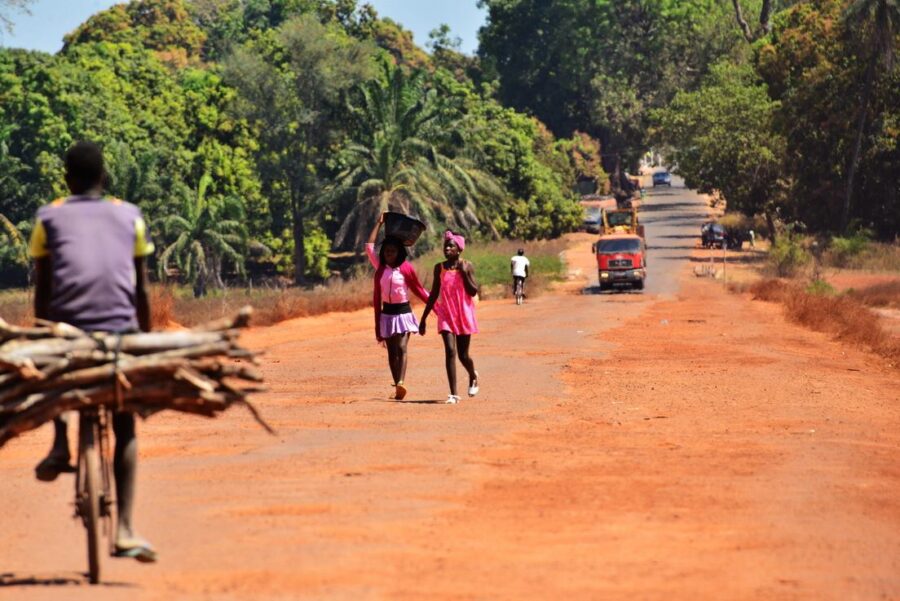 Medical care is of low quality, with a small number of hospitals. Drink bottled water only without ice. Avoid eating raw foods, vegetables, and fruits, only eat well-fried meats and eggs. Bring an intestinal disinfectant medicine, a sunscreen with a high protective factor, and a mosquito repellent cream.

Guinea-Bissau is a small country located in northwest Africa. Neighbors: Senegal (north), Guinea (south). Its western part has a rugged, swampy coastline along the Atlantic Ocean.

Capital city: Bissau - The facades of its historical buildings are visibly neglected. Many of the residences of the downtown area built during Portuguese rule are abandoned and in decay.

Population: 1.94 million (2020) - The Fulani people are the largest ethnic group in Guinea Bissau, accounting for about 30% of the country's population. Approximately 90% of the Fulani are Muslims. The Fulani are traditionally a pastoral people.

Language: Portuguese is the official language, but only about 15% of the population speaks fluent Portuguese. 44% speak Kriol, a Portuguese-based creole language (a lingua franca).

Religion:  50% of the population is Muslim (mostly Sunni) while nearly 40% practice indigenous beliefs and 10% are Christians.

Form of government: formally a republic

Guinea-Bissau suffers from political instability. The political situation is tense and public order is falling apart.

The country’s political instability, its many offshore islands and the involvement of the military make Guinea-Bissau a common shipment point for drugs to Europe.

Drug dealers parade their newly acquired, ill-gotten gains in the streets. This flaunting of wealth in the midst of a poor working population creates tensions because it is seen as evidence of widespread impunity. It discredits the government, which is seen as weak and unable to put a stop to drug trafficking.

Safety: Guinea-Bissau is not a safe tourist destination. The countryside is safer than the capital city, except for the land mines that remain a problem in some parts of the country. Wild animals can pose a risk to cars driving on country roads.

Climate is tropical, warm, and rainy. The average annual temperature is 26 ° C (79F) 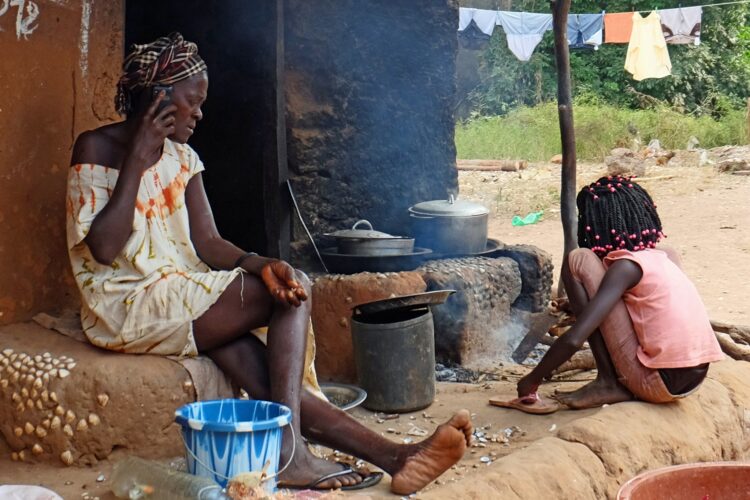 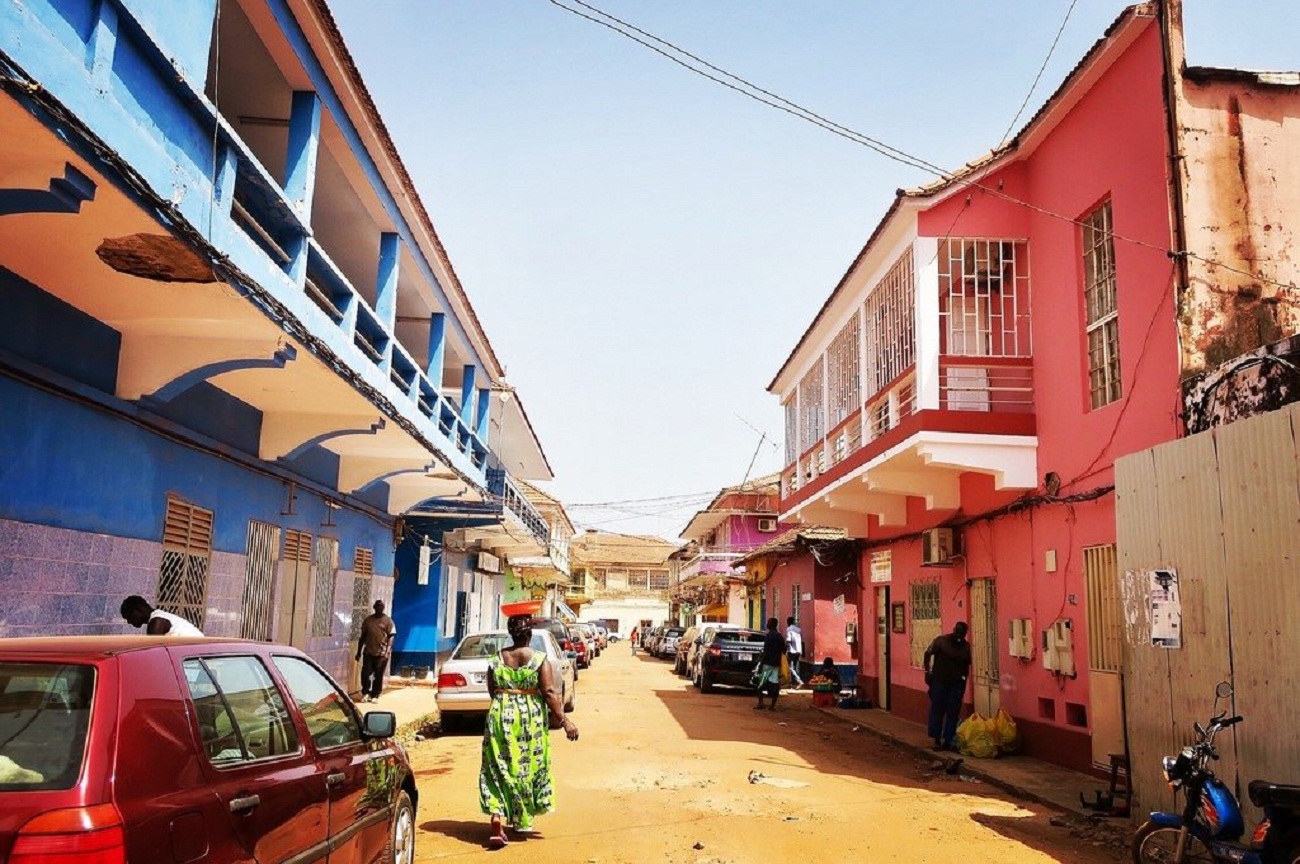 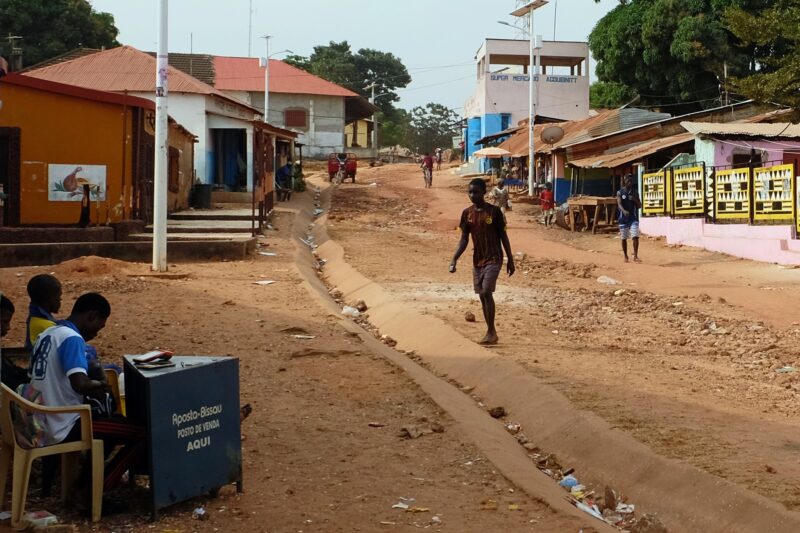 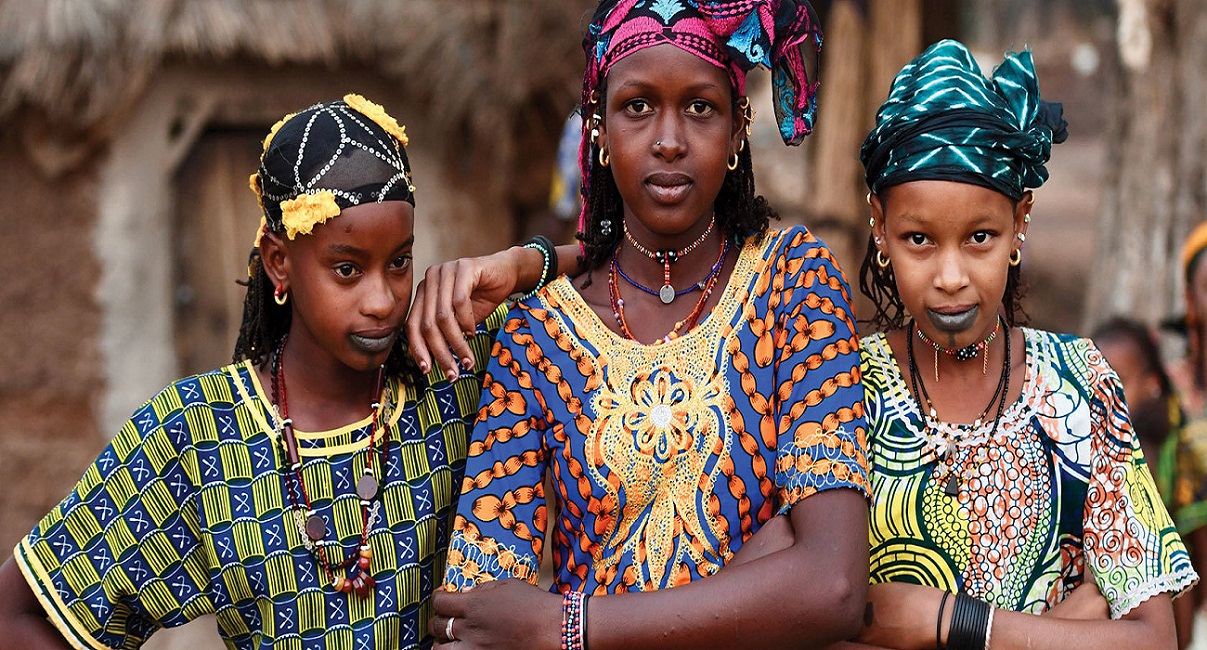 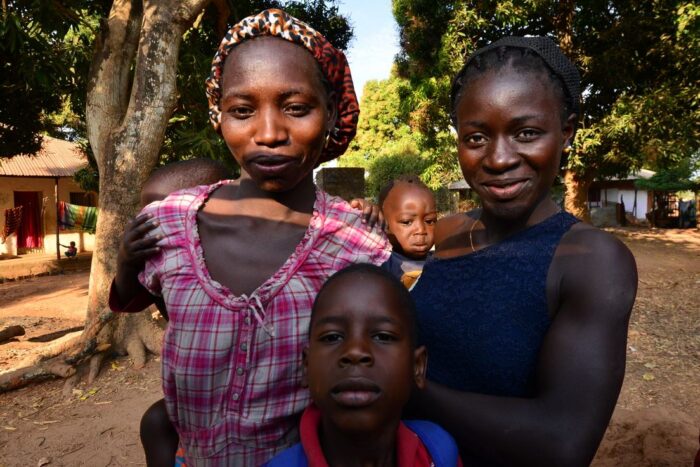