1.    We could rest on local beaches after the exhausting trekking tours

3.    We were lucky to see many large animals in the Waza National Park

5.    The air in Yaoundé, which is at quite a high altitude, is more pleasant than the climate on the coastline

6.    A bonus of the French colonial past: authentic baguette

7.    The Big Mac is very cheap in the local McDonalds

9.    Reassuringly we had an experience that proved the African proverb right: A roaring lion kills no game

3.    Yaoundé is too chaotic and noisy

4.    Foreign tourists are tricked at the slightest chance

5.    Many roads are in bad condition

6.    We tried the local street food once only – suspicious content

8.    The air of bureaucratic self-importance of the customs agents when you enter and leave the country is utterly tragicomical

,, The people of Cameroon live in much poorer material circumstances than we Europeans, and yet they’re much happier. The more prosperous live in concrete houses, but most people live in simple mud-brick dwellings without glass in the windows. Few have bathrooms, and most people wash by the riverside.

Public safety is not good. The impossibility of predicting the future means that they live for today – there is no culture of prudent financial management, while ambulances and medical care (if they exist at all) are of the most primitive kind. Paved roads are a rarity outside of the capital, there are no sidewalks, and driving standards are a world away from Europe: you’ll often see four cars driving side-by-side on a two-lane road. Public transport doesn’t exist, only taxis, and eight or more people are often crammed into a five-seat car.

What do exist, however, are mobile phones, the internet, and tv broadcasts. Everyone wears beautiful and clean clothes, and has their hair done neatly on public holidays or if they go to church. The two most popular occupations appear to be tailor and hairdresser. Their joy in the simple pleasures of life is enviable

Among the gastronomic delicacies we sampled were cola berries, which are fresh and invigorating, and Gabon viper, which we tasted in a guest house. They prepare this venomous snake in a sort of stew, and we ate it in the humble but welcoming home of our host. We ate off plates balanced on our laps, and not everyone got cutlery. All quite natural here.

Most families have many children, but childhood mortality rates remain high. The average family in the capital has four children, while in the countryside the number is more like six or seven. In the countryside it’s usual that children only receive a name at two or three years of age, when it becomes more probable that they will live. Nobody celebrates birthdays, and many are unaware of precisely how old they are. During our visit, however, the government launched a campaign encouraging families to officially register children with a name as soon as they are born.

In Cameroon many religions live side-by-side. About 40% are Christian, and another 40% follow local animist religions. The remaining 20% are Muslim, or some other faith. Often beliefs and superstitions regarding the spirit world are intermingled with more established religious beliefs. It is quite common for children to be given an ugly name, as it is believed that this drives away bad spirits. When someone dies, the funeral is not a cause for mourning, and it is not uncommon for someone to be buried in the grounds of their house, or even under the house itself. On special days friends and relatives dance on the grave, so the deceased can sense and take part in the festivities. (2019) 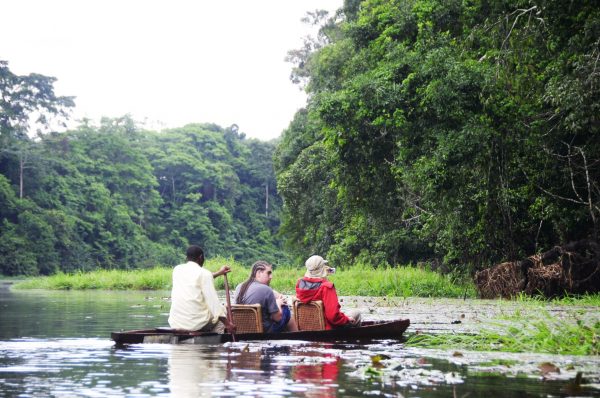 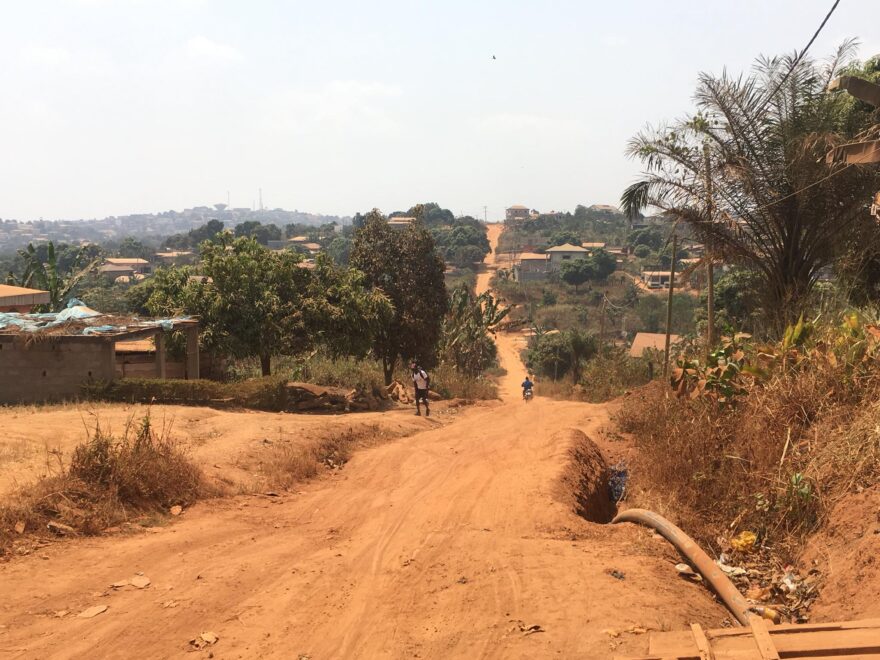 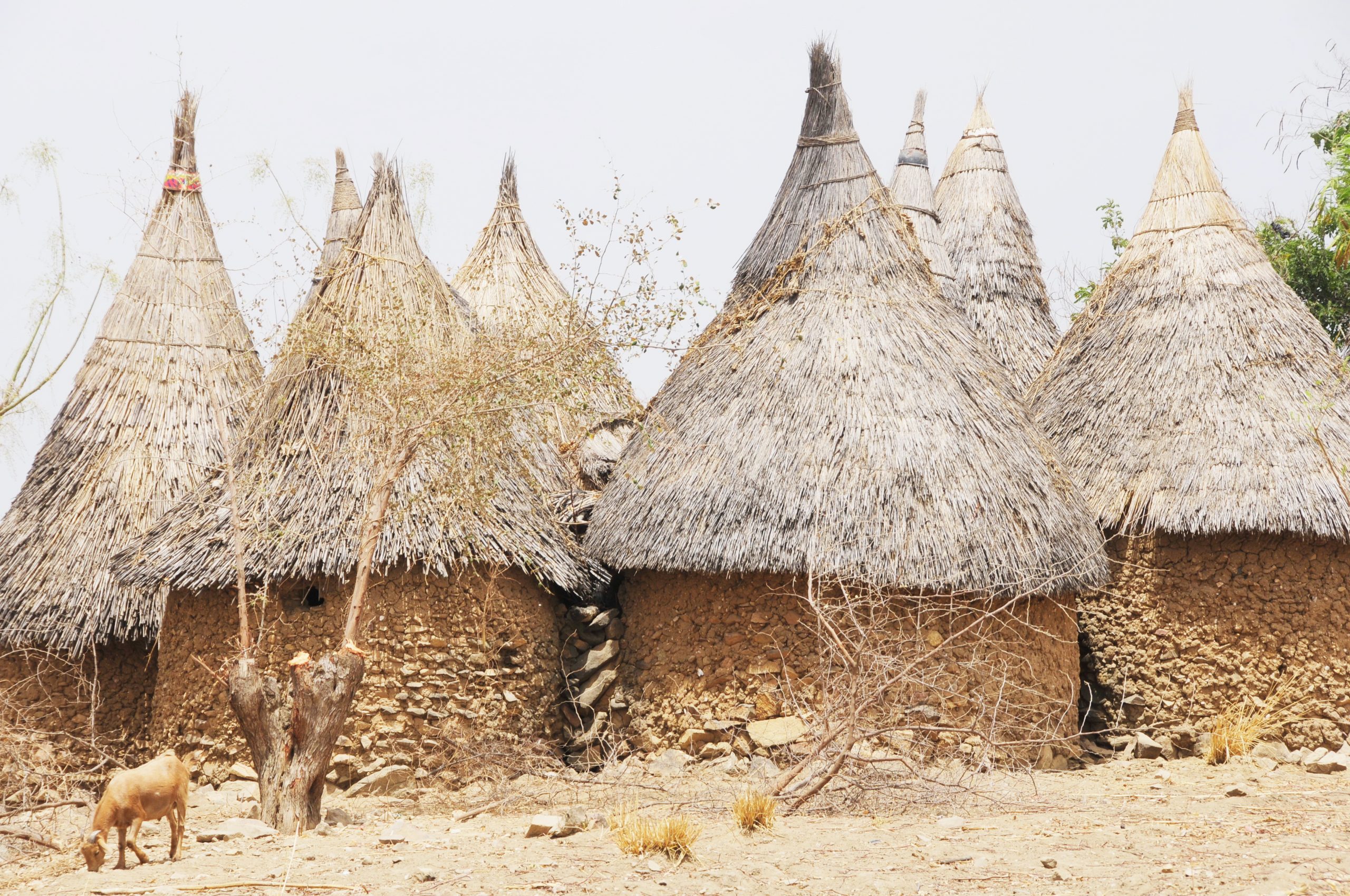 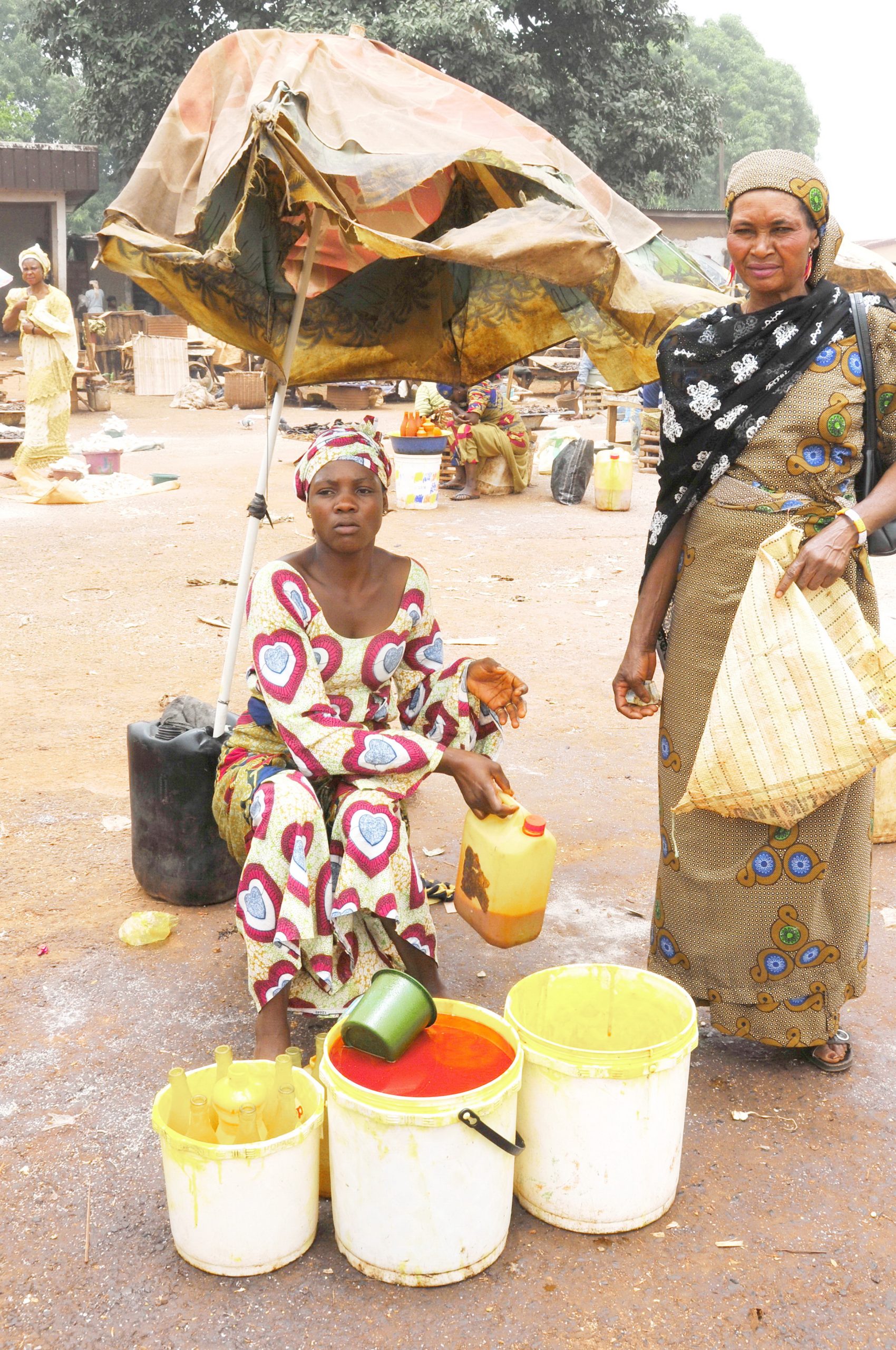 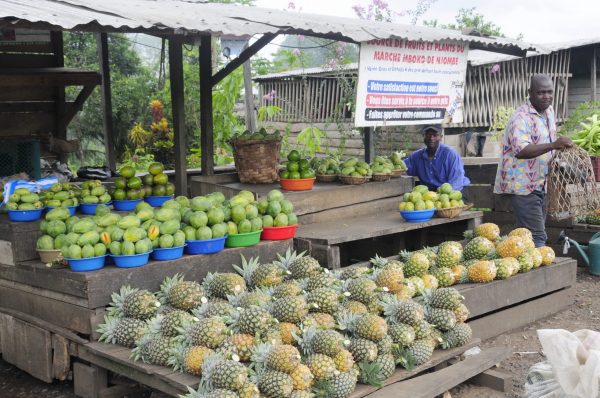 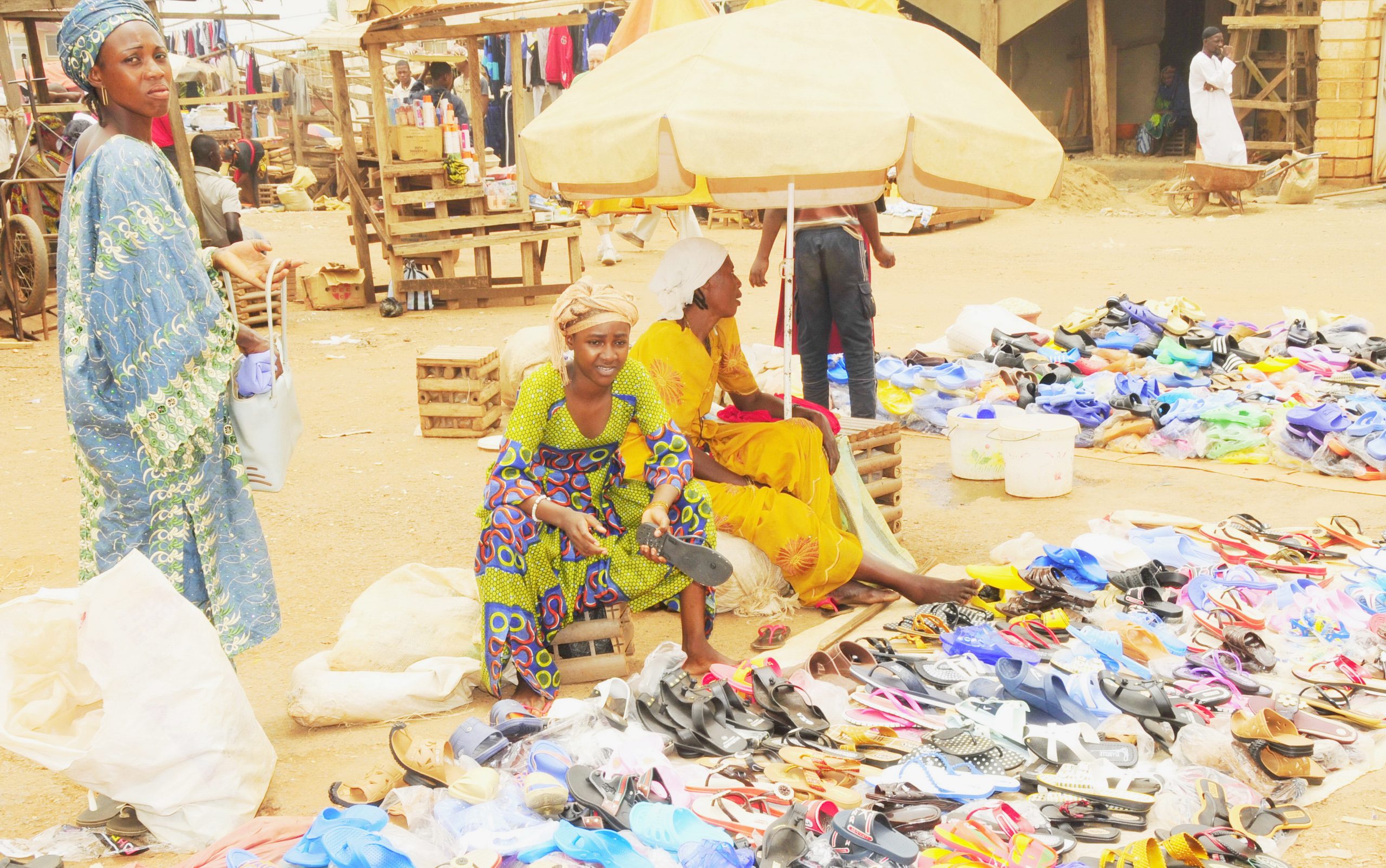 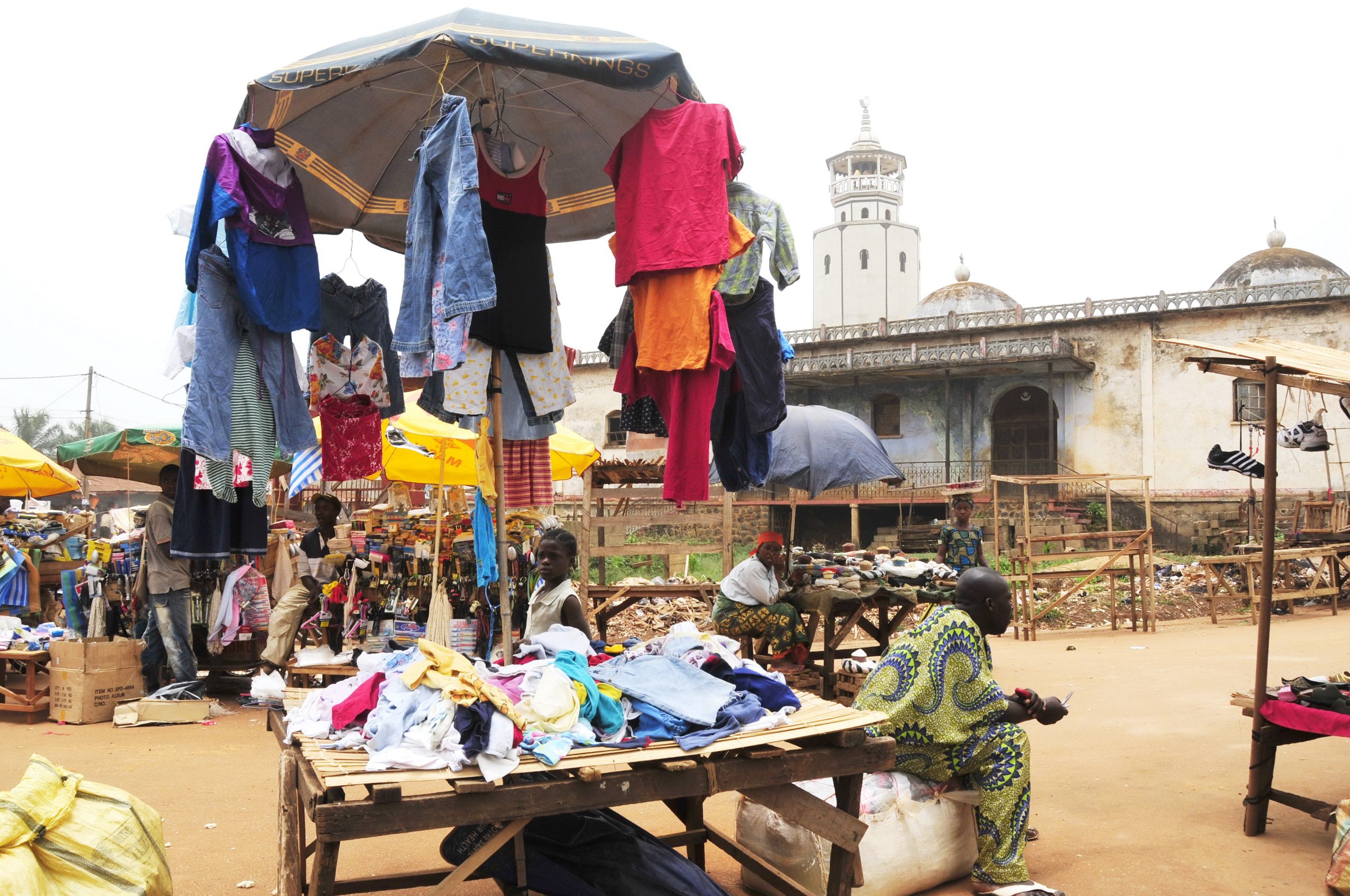 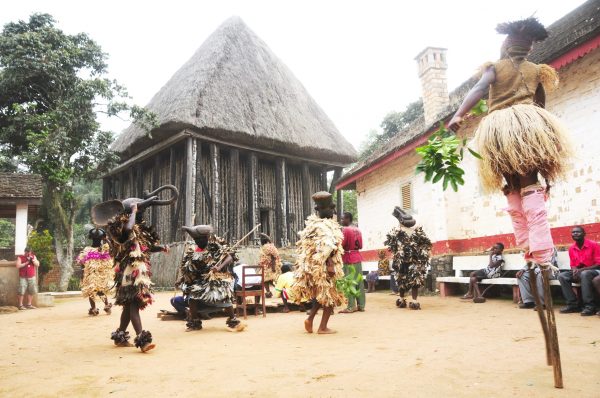 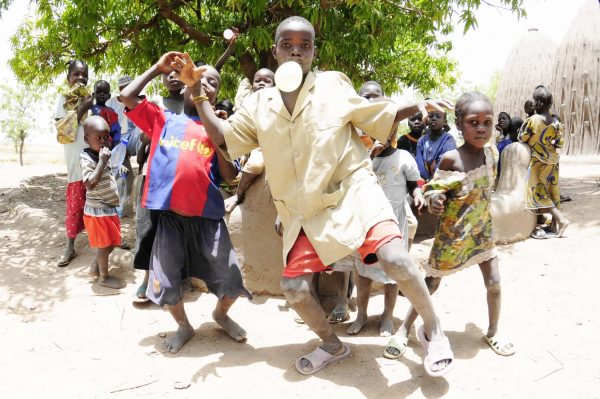 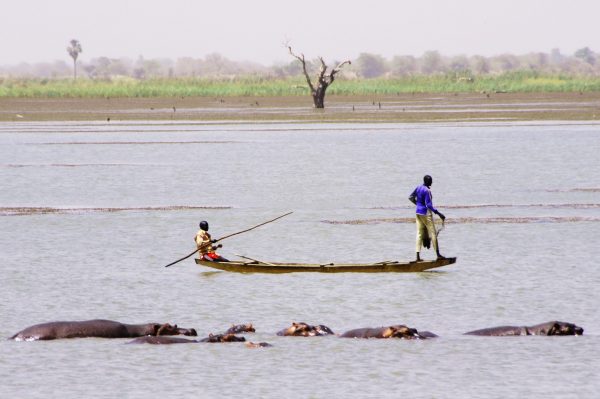 1. Cameroonians will rarely answer "I don't know" to a question and will instead give you a very vague or imprecise answer. 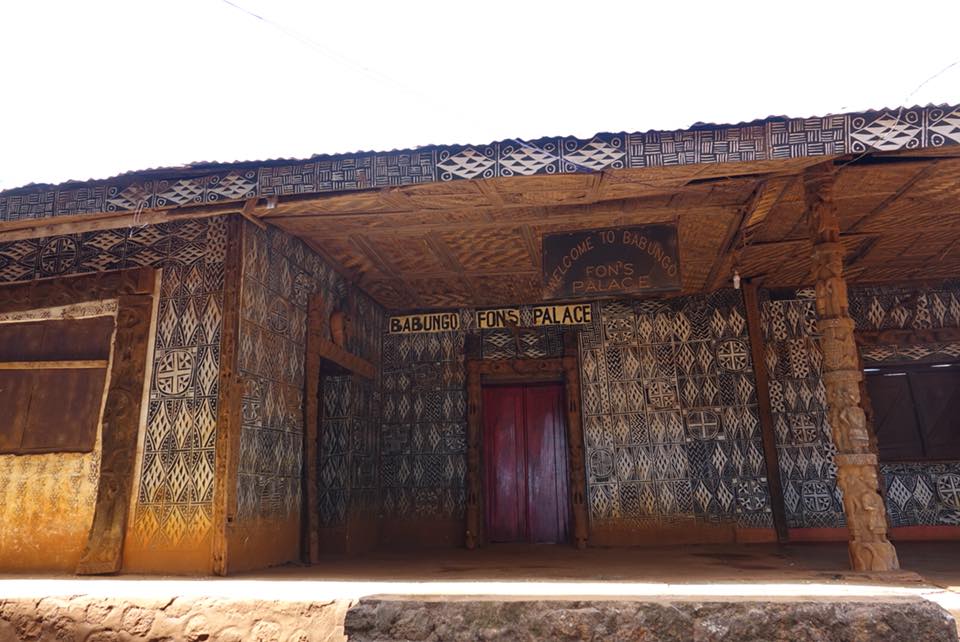 Cameroon is located in West Africa. Neighbors: Nigeria and Chad (north), Central African Republic (east), Equatorial Guinea, Gabon and Republic of Congo (south). Cameroon has a coastline on the Bay of Guinea.

The eastern part of Cameroon used to be a French, and the southern part a British colony. The entire territory became independent as one country in 1960, and the country undertook a complex, step-by-step, unification processes.

Capital city: Yaoundé – It is the second largest city, as Douala is more populous (more than 3 million inhabitants).

As pastoral cattle herders, the Fulani people place great value on their livestock. They will often put the health of their cattle before their own.

Languages: French and English are the official languages – Out of the country’s ten provinces, French is most widely spoken in eight, and English in two (in the north and southwest).

Politics & economy: Cameroon is a republic. Cameroon is still not politically very stable, but, as of 2020, it seems to be getting better. Corruption is wide spread in both politics and business. There are permanent conflicts between the English-speaking minority and the French-speaking majority (the tension is more of an ethnic nature than language-related).

Three out of four Cameroonians live on and work their own land, and Cameroon provides 90% of its own food. Being self-sufficient is one of the reasons Cameroon is economically more stable than many other African countries.

Cameroon is one of the world's most homophobic countries. Not only is intolerance towards same-sex conduct widespread, but murder and threats against homosexuals are met with apparent inaction from authorities.

Safety:
Not too bad, but not really good either - kind of average when compared to other African countries. Some northern border areas are dangerous (violent crime, terrorist attacks, kidnappings). Some northwestern and southwestern areas are risky because of anglophone separatist activities. The crime rate is high in the bigger cities. It is recommended to travel in organized groups.

In the early 2000s, scientists found strong evidence that HIV originated from chimpanzees in a southeastern corner of Cameroon. They speculate a human first acquired the virus back in 1908 (!) while killing an infected chimpanzee for bushmeat.

When to visit? December-February, July-August

Cameroon is often promoted for potential tourists as “Africa in miniature”. Why? Because Cameroon has all the landscapes you can find in Africa: savannahs, lakes, jungles, mountains, volcanoes, plateaus, beaches, sea. Even its fauna is quite representative of the range of wild animals present in Africa. As the tourist PR messaging loves to overstate: If you get to know Cameroon, you get to know the whole of Africa.

In local safari tours, tourists have the opportunity to fact-check the truth of this African proverb at close range: “A roaring lion kills no prey.” 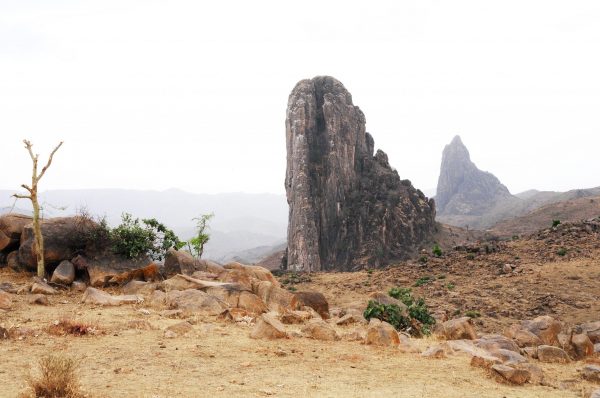 “In a nutshell, the two westernmost provinces of Cameroon are anglophone, while the rest of the country is inhabited by French-speakers. The two English-speaking areas agreed in 1961 to join Cameroon, instead of anglophone Nigeria, on the basis of an agreement which guaranteed them substantial autonomy.

Today there is serious tension between the two parts of the country, and during our visit we sensed it. Most shockingly, the schools in the anglophone districts had been closed for months – both the teachers and the parents were on strike. What could possibly cause a parent not to send a child to school?

The introduction of French-speaking soldiers, police officers, judges and magistrates into the English-speaking area, the suspension of common law as the legal framework and the hampering of local development, to list only those abuses we personally heard of.

An unexpected visit around midnight confirmed the tense atmosphere: a plain-clothes police officer woke us up, along with everyone else in the hotel, to check who everyone was and where we were going. The manager later told us that he had gone through the whole hotel because the next day was a national holiday, the Day of Youth, and the anglophone areas of the country ostentatiously refuse to take part. (2017) 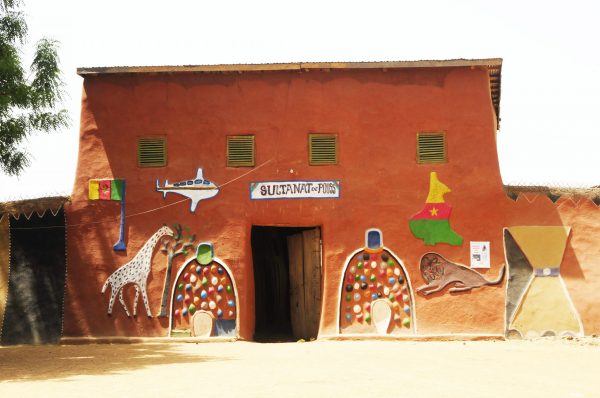 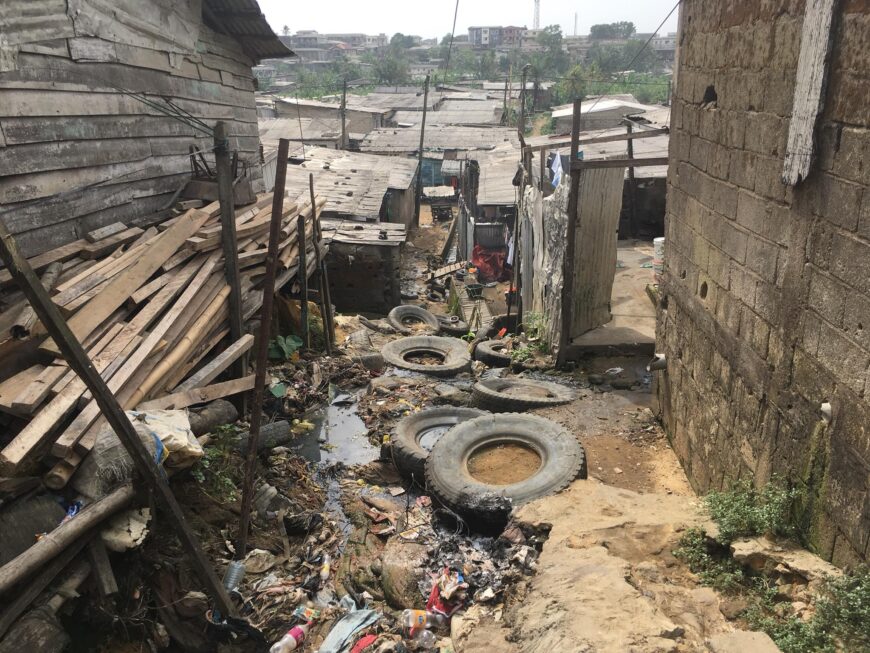 Cameroonians are generally religious (Catholics, Protestants, or Muslims), but most also follow a “traditional” religion. Belief in black magic is common (especially in cases of illness or bad luck)

1. Some Westerners regard Cameroonians as corrupt (bribes are common), lazy (work tends to be done at a very slow pace, and punctuality is not a priority) and speculative (it is customary for them to ask for or expect to receive gifts). 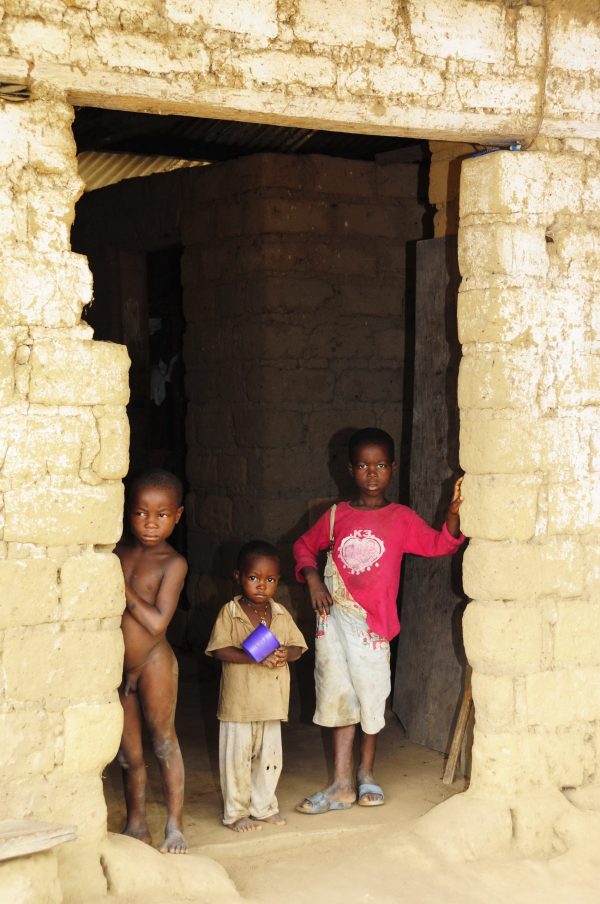 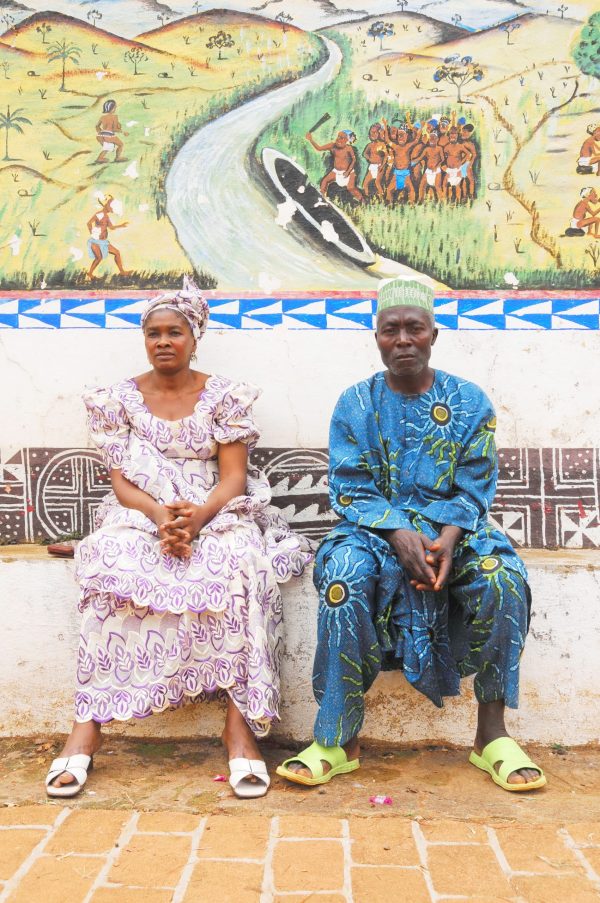 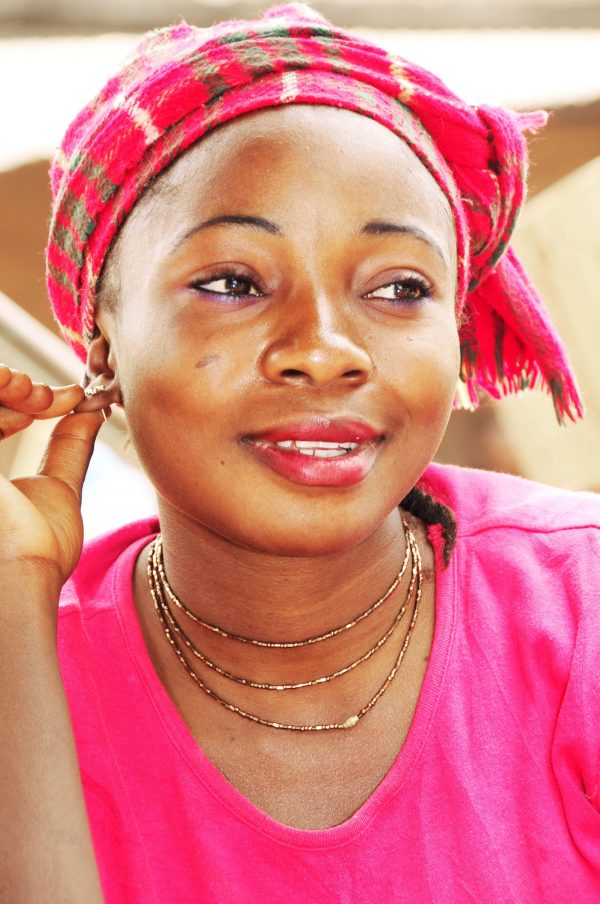 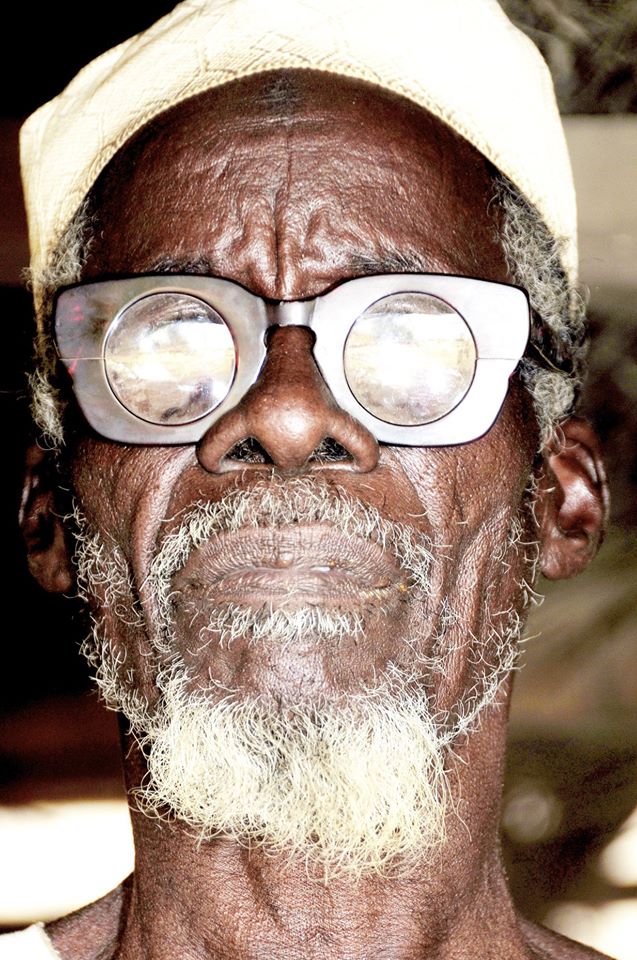 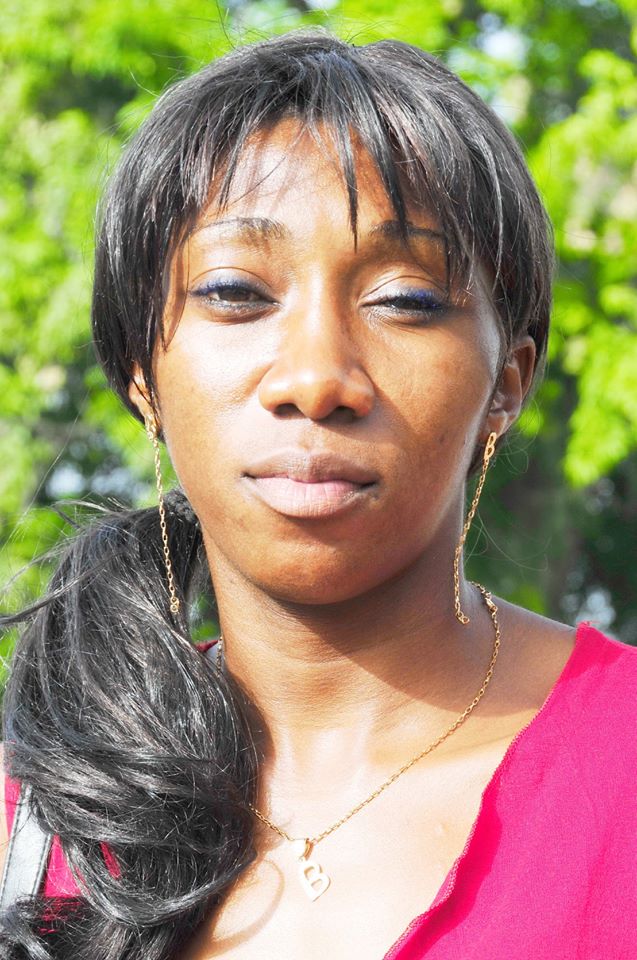 1. It's very insulting to use the term Pigmy! 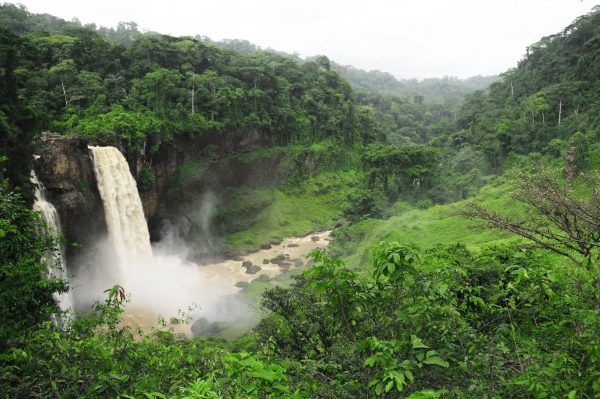 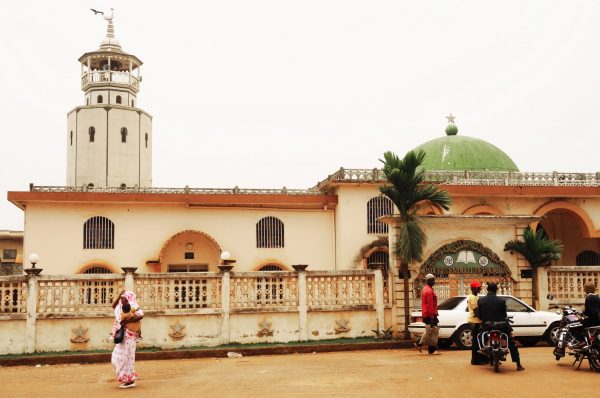 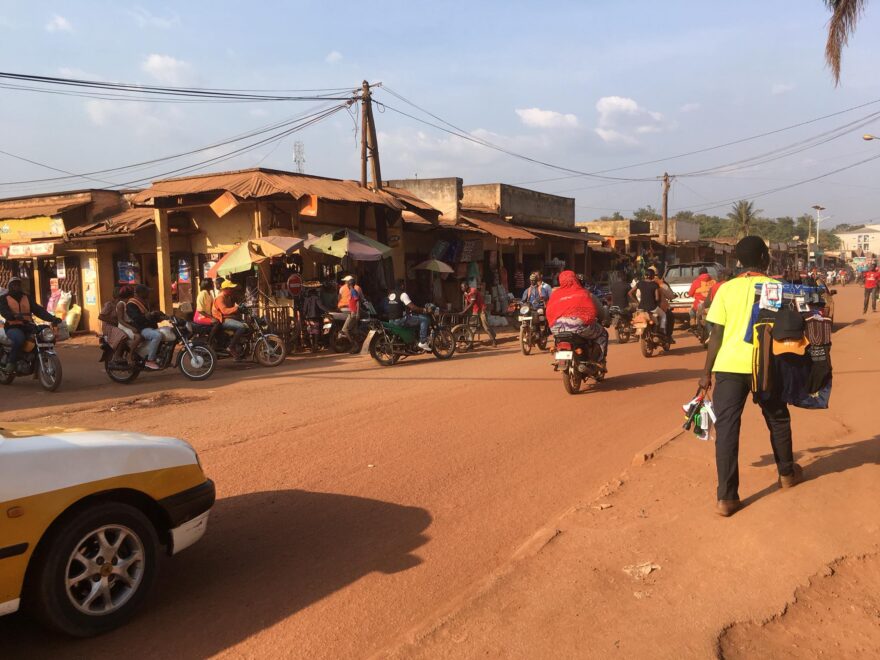