1. Full of life, tavernas and nightlife – a big city, but with a vibe that still feels intimate

2. Close to the sea, and when you’re down by the promenade you get fresh sea breezes

3. Pleasant towards foreigners – though only to tourists

5. The surrounding mountains mean that the heat usually isn’t unbearable

6. A lot of young people provide dynamism, meaning there are plenty of great, buzzing cafés and bars down by the seafront

8. The life and shopping opportunities on Tsimiski Street

9. It just feels great to stroll along the seafront

10. People here love to spend time on the streets

2. Climbing the many steep streets in the heat of summer in sandals is no joke

3. Too many locals smoke, and the smell lingers everywhere

4. Except for accommodation, the city isn’t really set up to provide for tourists

5. The condition of many hotels suggests that since the financial crisis there hasn’t been money for renovation 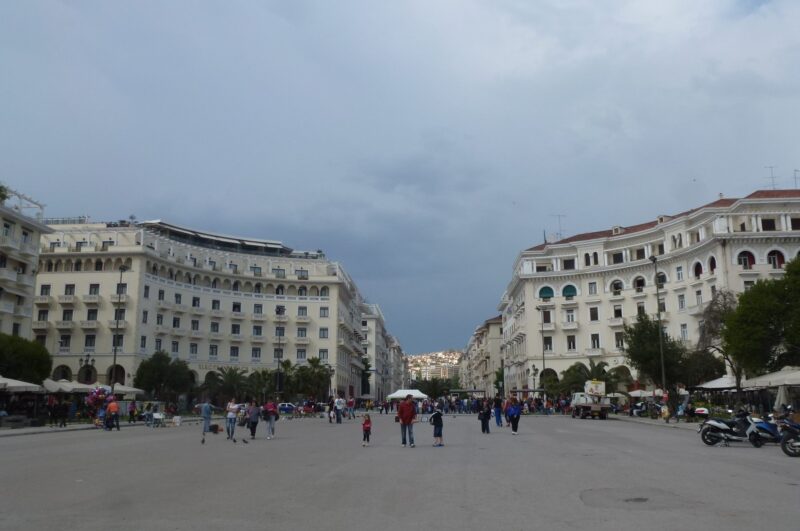 “The whole center of Thessaloniki is full of mandarin and orange trees, and they look spectacular. There are many other plants and flowers, and many olive trees, which really gives it that true Mediterranean feeling. I love Mediterranean architecture here, and the fact that there are no ugly tower blocks, just a lot of low apartment buildings with balconies.

“Be sure to drop by Aristoteles Square late in the afternoon or early in the evening, as the locals gather to stand or sit in groups, and discuss the big or small issues of the world over a frappe on the terraces of cafés (e.g. complaining about the country’s political elite). Prices in cafés and bars are very high, especially for beers and other alcoholic drinks (€8-10 for a cocktail).
In fact, it isn’t even really a square in the true sense, but just an intersection of pedestrian streets.

It was annoying that African vendors are constantly trying to sell junk to tourists (fake perfume brands, wallets, cigarettes). There are also street musicians and portrait artists on the square, but there’s way too much litter everywhere – it’s such thoughtless behavior.

There are a surprising number of (illegal?) immigrants from all around the world. Africans, Arabs, Balkan Roma and so on. The street vendors also try to sell to people sitting on café terraces. Many of the African guys tell people they’re from Jamaica, because that sounds better to tourists than saying they’re from Nigeria or Senegal. They’ll spout all sorts of nonsense, just to sell something.

The local Greeks don’t seem to mingle much with these immigrant groups. Also, Greek children run around in the street until late at night, making all kinds of noise, and their parents don’t seem to mind.
The bars and cafés down by the waterfront are occupied mostly by the local young people. It’s nice to spent a bit of time down by the harbor, in the shade of a palm tree.

“There is no driving culture. Everyone parks everywhere, and there are masses of cars. Almost everyone can afford to travel by car because public transport is chaotic. A lot of places are inaccessible by public transport.

Meanwhile, in the city center, parking in covered parking lots costs between €1.50 and €5 per hour. There is a charge for on-street parking as well, but it’s almost impossible to find a free space during the day and there is a risk of someone pranging/smashing into your car on the street and driving off, which is common, while car break-ins are likewise frequent.

There is no community car rental, and won't be anytime soon. There are no electric cars either. There are plenty of taxis, but the only way to catch one is to flag it down on the street. Of course, taxis are not cheap: the minimum fare starts at €7, and the average city journey costs €10-15.

There is no driving culture, and this makes it a challenge to get around. There are a lot of mopeds, pedestrians appearing out of nowhere intent on running across the road, and cars turning in every direction. Many don’t like to stick to one lane and keep swerving back and forth. You have to pay close attention to many things at once.

Public transport is, unfortunately, chaotic. The only method of public transport is buses, and these have mixed success. The subway has been under construction for 40 years, but so far only part of the tunnel and a few stations are ready –the complete network and full operation will take many more years. All this in a city of over a million inhabitants. The buses are old and frequently crash. They often have a lot of strange dents and dings on them, the schedule is infrequent, there are a lot of passengers, and the stops are very common, so journey times, even over short distances, are horribly long. The airport bus runs every hour. So public transport is a challenge.” (2019) 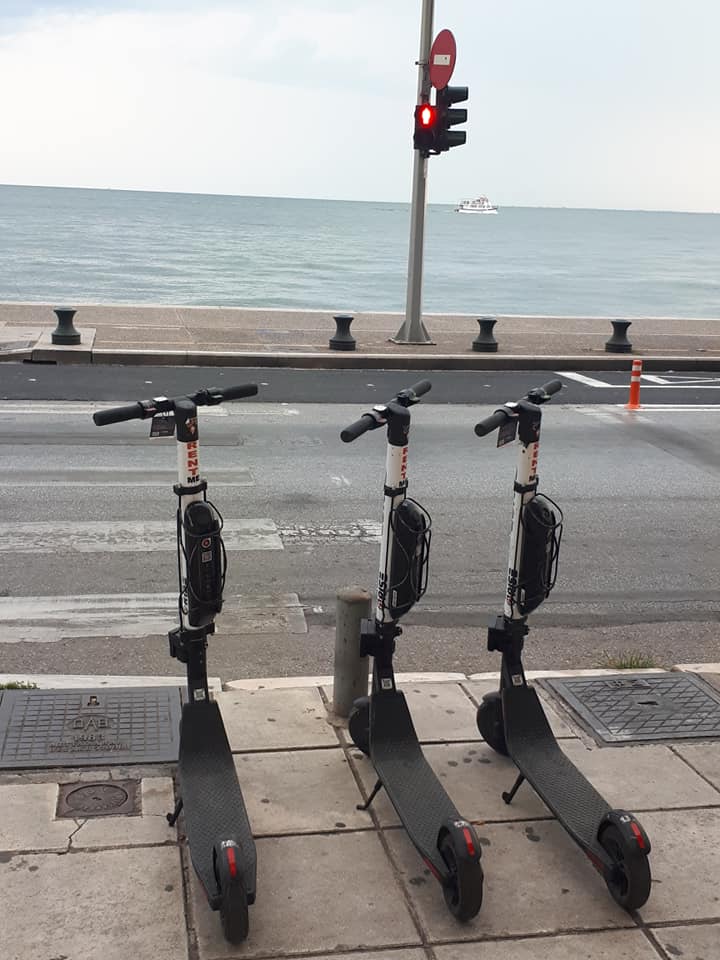 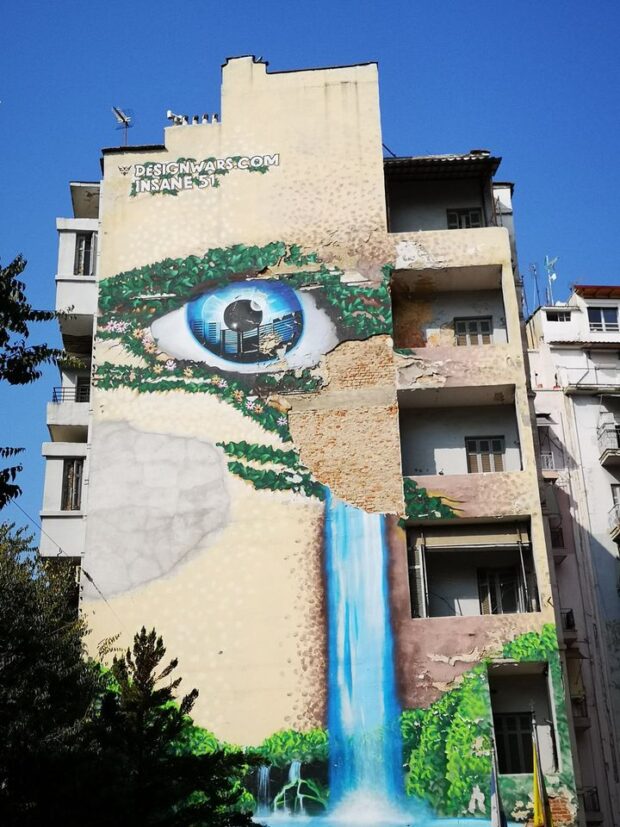 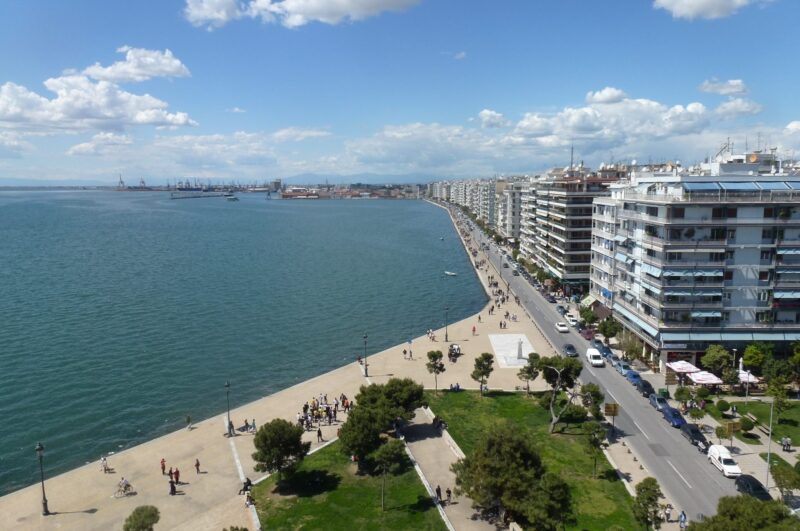 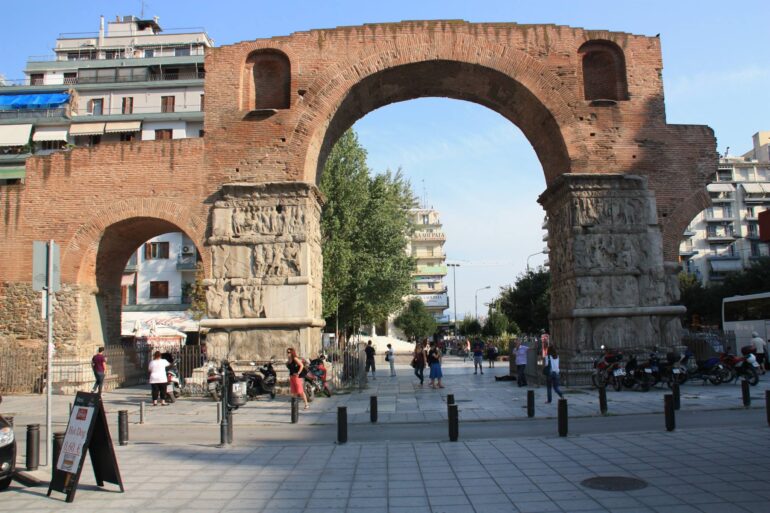 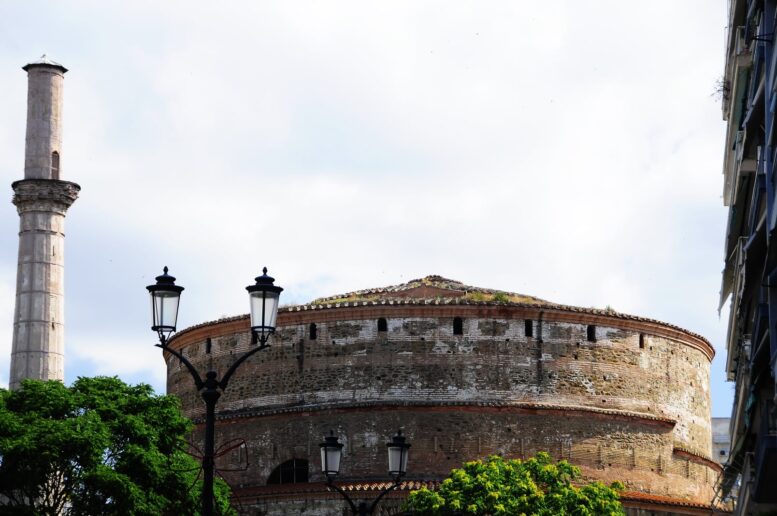 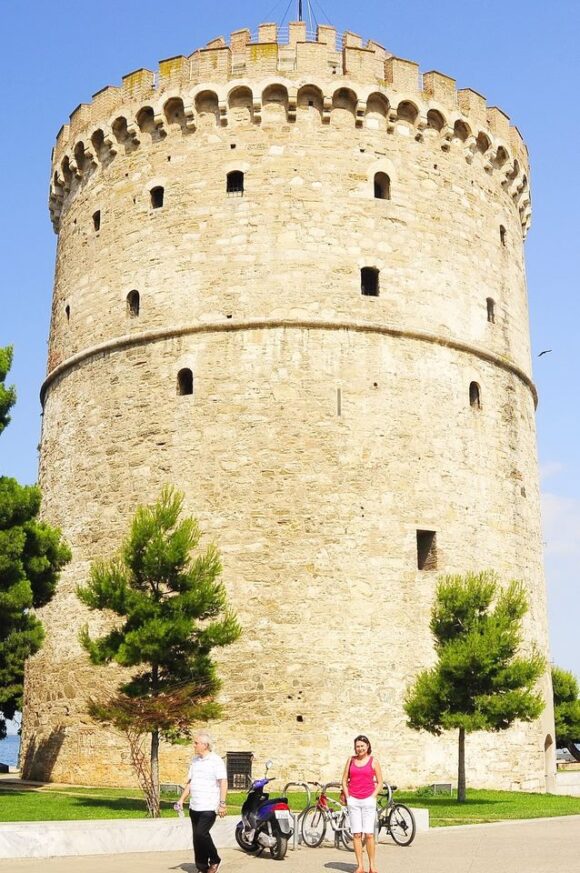