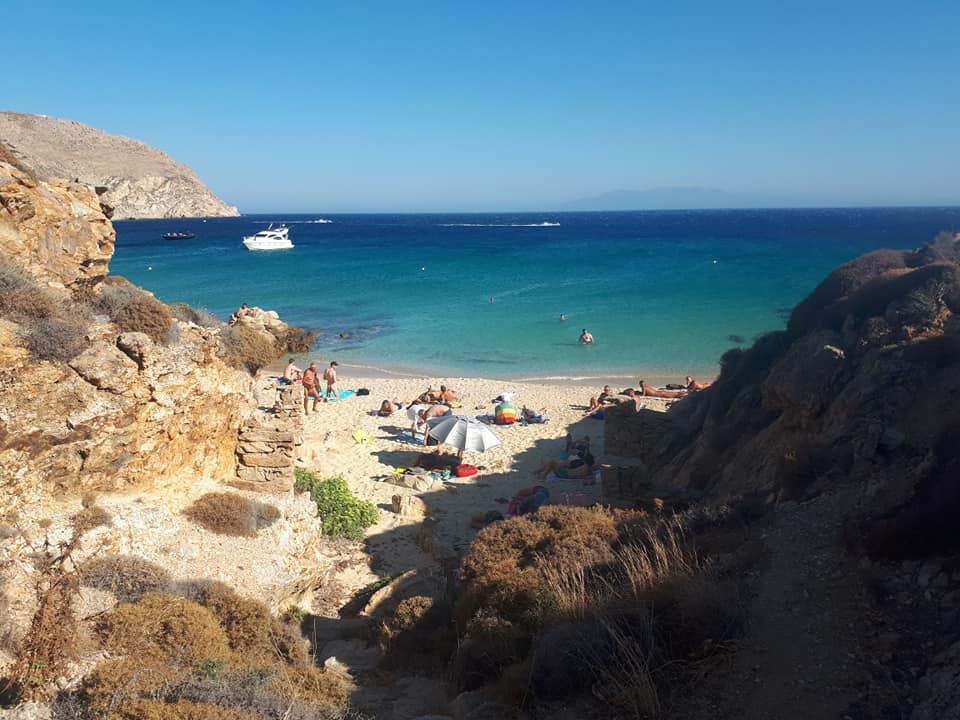 2. Get lost in the cavalcade of small streets of Chora (the capital)

3. The beauty of Agios Sostis beach

5. Each day to discover another beach and make comparisons

6. A boat trip to Delos Island, the birthplace of Apollo

10. The atmosphere of the beautiful main port

11. Mykonos has great beaches with beautiful sand and turquoise water.

1. In high season, too much people on the most popular beaches

2. Struggle with my tolerance level on the beaches - not all women look well in a monokini

3. On some beaches, the inconvenient bargaining about the rental price of the sun loungers

4. In the evenings at the voguish restaurants the long waitings for a free table

5. There are beaches where you cannot rent a parasol; neither is any shade

6. The excessive price level in the bars and restaurants of Little Venice -  you are not paying for the food quality, but for the view

7. In many trendy restaurants, the waiters are not friendly; some of them are even arrogant.

8. During the day, too many cruise ship passengers invade Chora

9. At the end of June, the seawater was too cold

10. On narrow road sections complicated driving maneuvers, plus sometimes even cattle were getting in our way

11. For good reason, Mykonos nickname is the Island of winds

12. Nature is far more beautiful on Santorini than on Mykonos.

, The island has a peculiarly mixed clientele: elegant middle-aged couples, drunken twenty-somethings, flamboyantly gay couples, Italians, Greek Greeks, Germans. This is a party island, but more upscale than Ibiza and more exclusive than Mallorca. In the evenings, we mostly walked through the narrow streets of the city of Mykonos. We had dinner in the tavernas in the side streets, since it was a bit cheaper there, meaning an average of about €40 for two. We sometimes ended up in bars that were clearly frequented by a mostly gay clientele, but nobody minded us going there as a straight couple, especially as we weren’t the only ones.

The city has a bazaar-like atmosphere, but both quality and price are at quite a high level. There are heaps of jewelry shops and gift shops, and during the day, the city is full of crowds disembarking from cruise ships for a few hours sightseeing.

Bus traffic on the island is unpredictable, and the buses are not exactly state of the art. We took a boat trip, and it was quite good. Maybe there were 10 of us altogether. We have visited several Greek islands, but Mykonos is perhaps the most beautiful of them all. We had good weather, too: dry, warm, and cloudless, with a wonderfully blue sky and a pleasant breeze.” (2018)

“This Greek island has become a popular holiday resort for billionaires. However, the result is that this exquisite, picturesque destination has become too trendy and exploited. Prices are continually rising, and the cheapest accommodation costs $130 a night.
The island's main attractions are the windmills, but at sunset, when the passengers arrive from the big cruise ships, they can hardly be seen for the people.” (2019) 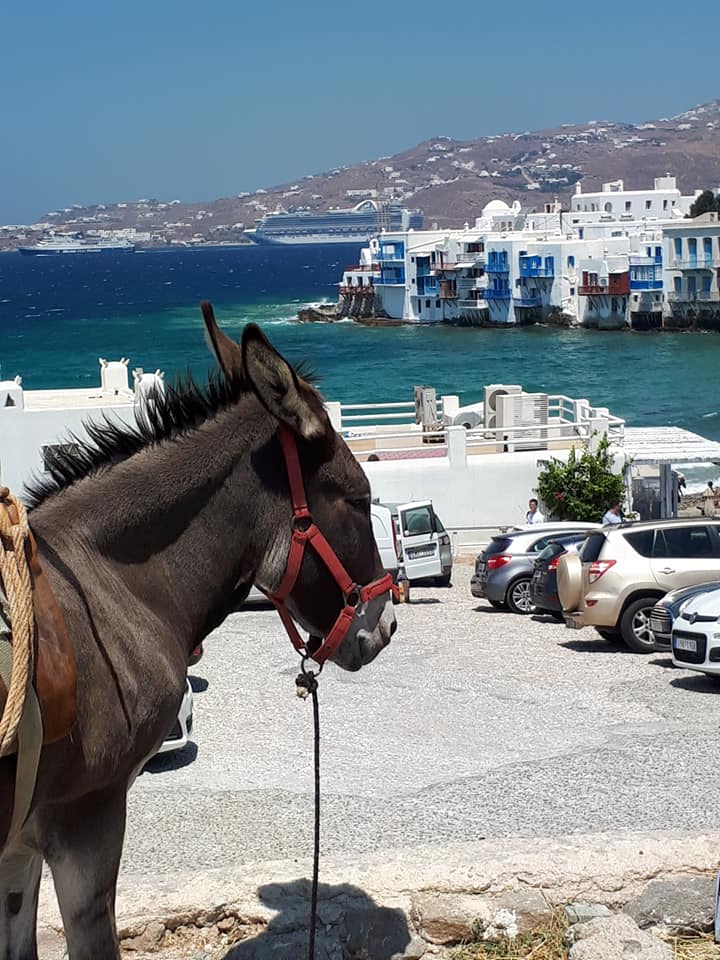 Buses run from the capital to all the more famous beaches, except for Super Paradise beach, which is not accessible by public transport. In summer, bus services typically run hourly. It is worth renting a car, even for a day trip.

Mykonos positions itself as an elite holiday resort. There are not many cheap accommodations, as a strategy to ,,filter" the kind of visitors. In the high season (July, August), there are no room rates under 70-80 euros in high season.

Prices are high on the island. A glass of vodka-red bull cocktail costs about 11 Euros.

The coolest shops and boutiques are on Matoyianni Street, in the capital. 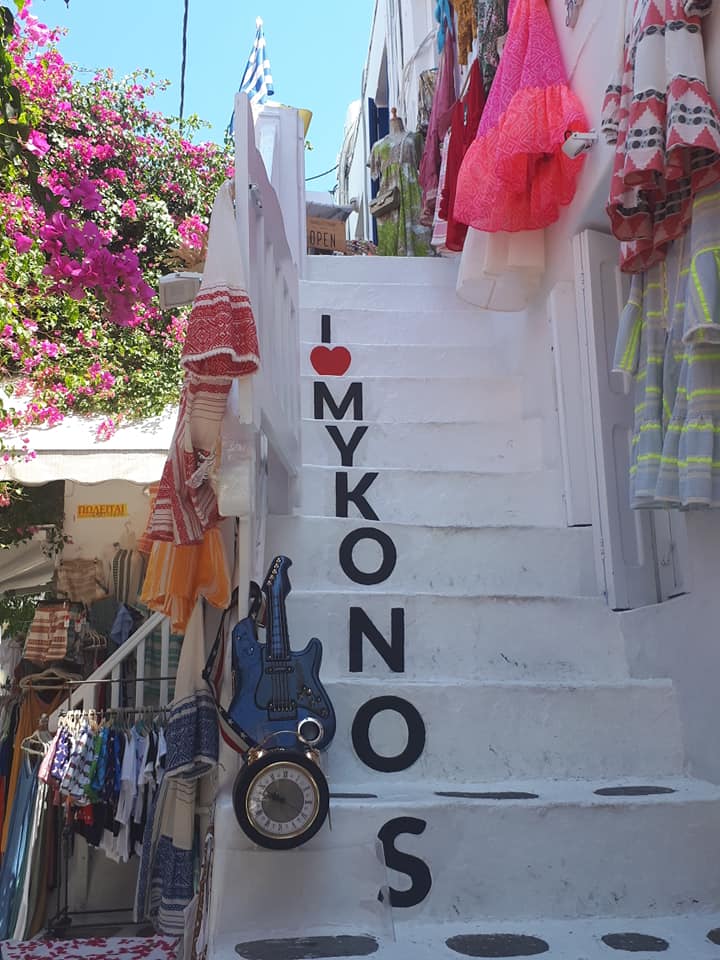 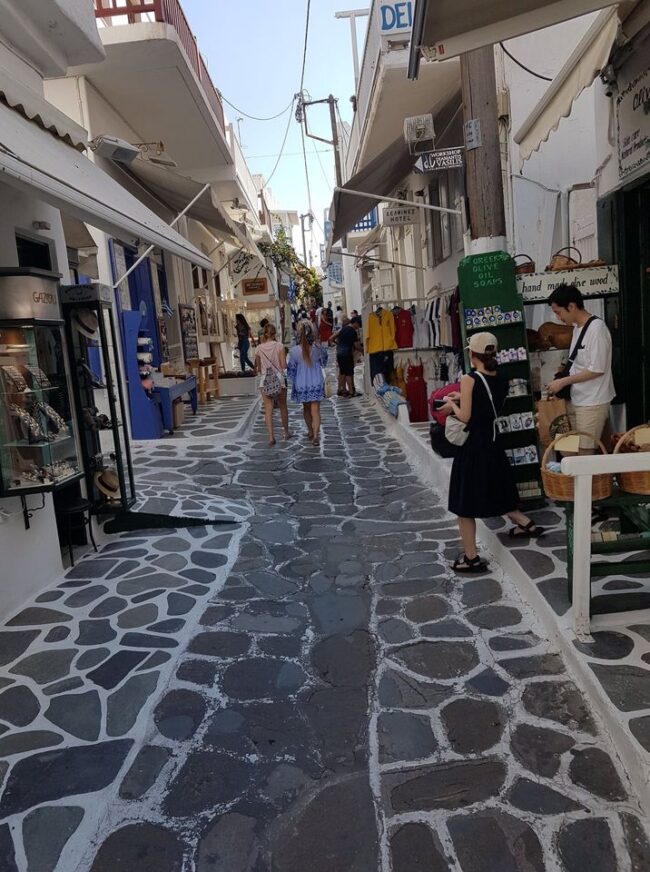 Party life is high in Chora, but almost nothing really starts before midnight. Parties often last until sunrise.

There are many gay clubs in the town (one of the best known is Kastro). They are always full.

There are party beaches on the island, such as Paradise and Super Paradise beaches. In high season, these beaches have parties almost day and night. 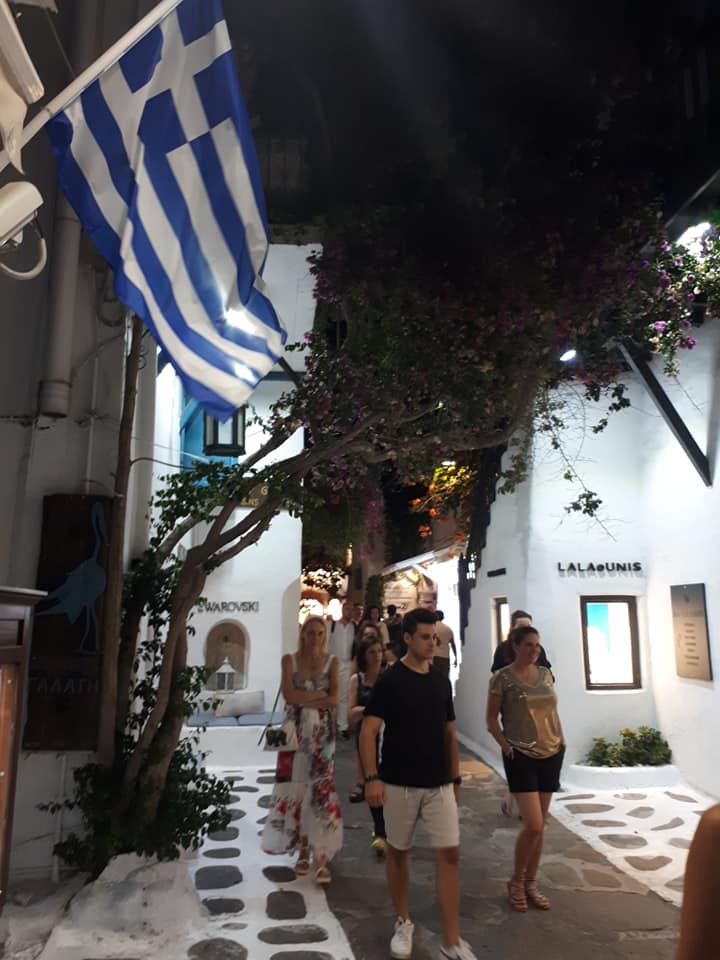 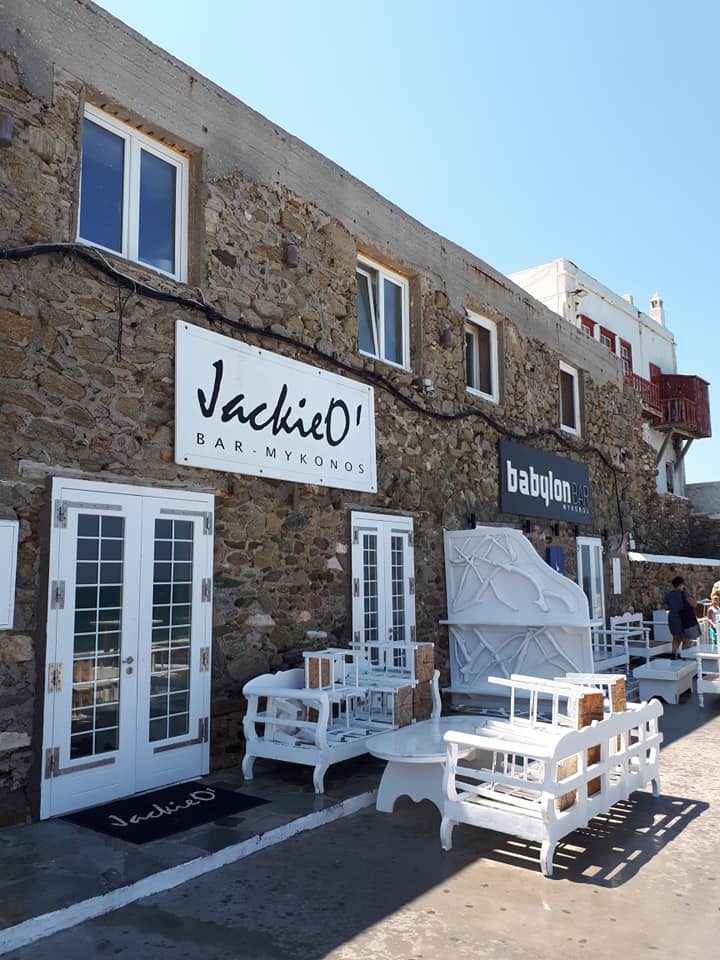 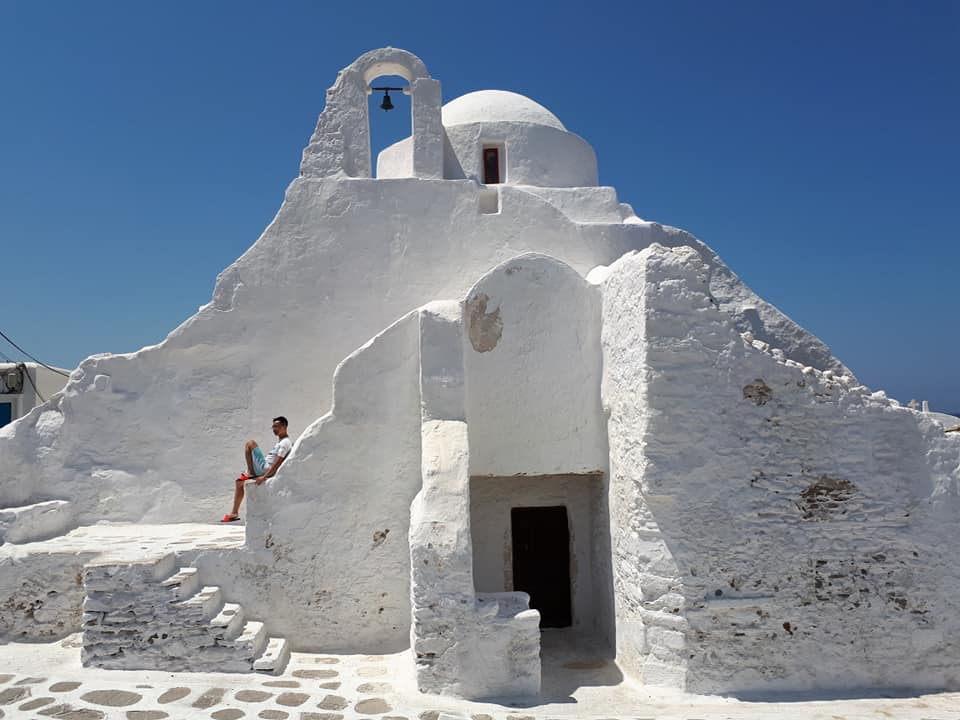 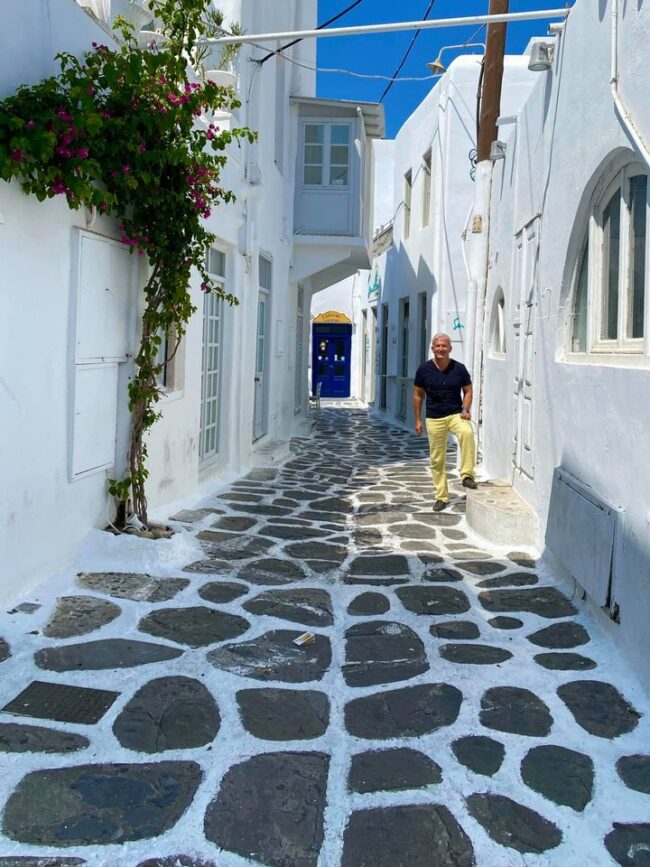 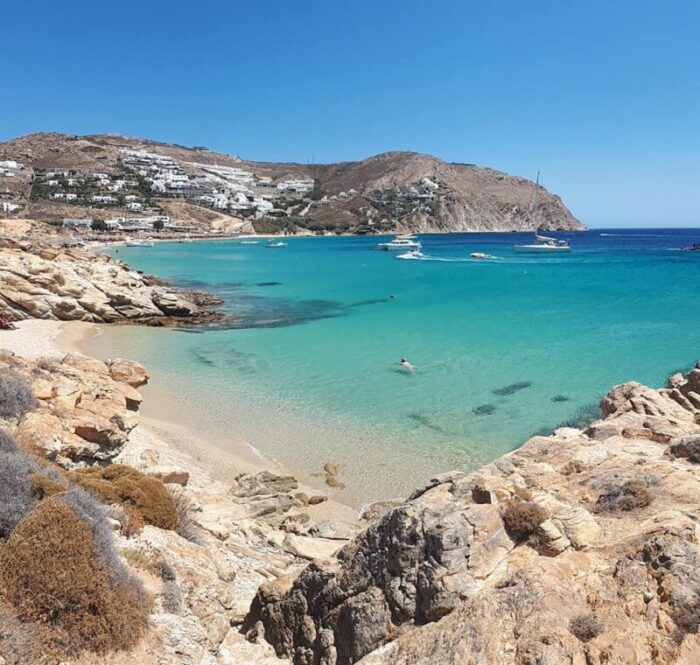 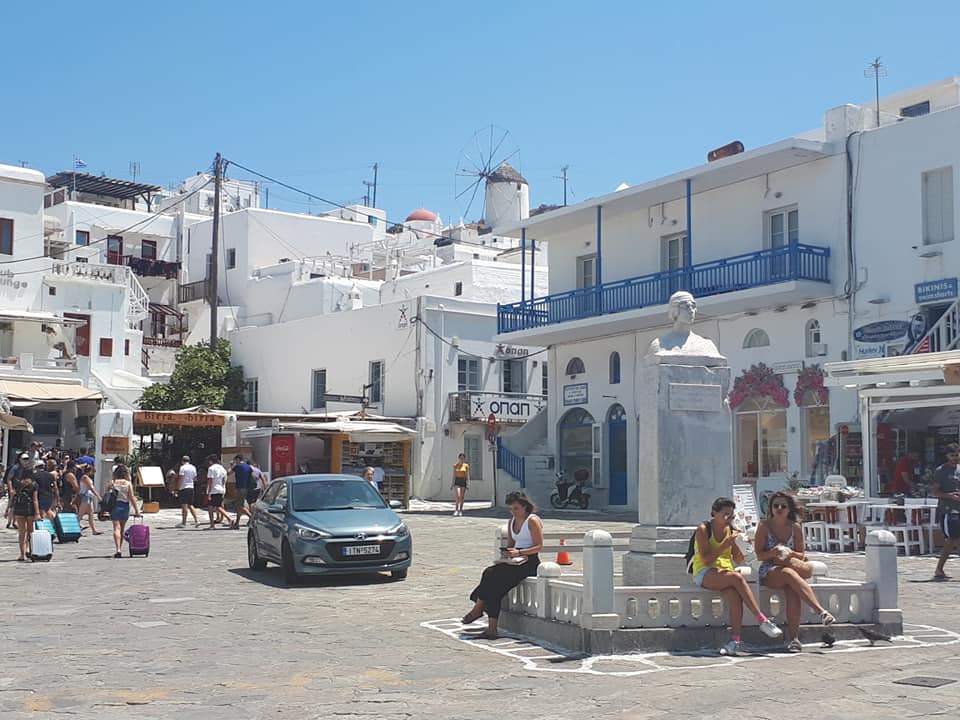 Mykonos is a Greek island that is part of the Cyclades archipelago. Mykonos is adjacent to Naxos, Santorini, and Paros.

The island's capital is the city of Mykonos, or Chora, which has a famous quarter, the "Little Venice."

Mykonos is well-known for its LGBT community, and that is one of the most gay-friendly Greek Island destinations!

Note that July and August are often quite windy. This strong wind is called Meltemi. The breezes cool the seawater even in mid-summer. The island's official promoters claim that seawater temperatures reach 24 degrees in July and August, but the vacationers do not confirm that. Good news: rain is infrequent in summer.

“Mykonos, which belongs to the Cyclades archipelago, is one of the most beautiful Greek islands and was not really discovered by today’s rich and beautiful, but as early as the sixties. Brigitte Bardot, Jacqueline Kennedy Onassis, and Grace Kelly also sought peace here. At the time, however, there was no trace of today’s luxury and nightlife.

Mykonos’ unique image began to take shape in the 1970s and had crystallized by the early 2000s. The inhabitants of this fabulously located island are legendarily friendly and calm, and tolerate otherness much more than most Greeks, meaning that gay people and nudists were and are received and welcomed as warmly and readily as anyone else. Over the years, the place has slowly become a tourist paradise for gay travelers, especially because unlike many other gay-friendly destinations, they are not expected to remain inside “gay ghettos”. The gay community doesn’t vacation separately here; instead, everyone goes to gay bars and nightclubs, and vice versa – everyone and has a great time together.

Celebrities who have turned up here include Leonardo DiCaprio, countless Victoria’s Secret models, and the entire Kardashian clan. Former actress Lindsay Lohan, who is currently traveling for hospitality, opened her own place on the island this year, and the harbor is filled to the brim with luxury yachts all summer long, with affluent businesspeople relaxing together with their young girlfriends.

The nightlife on Mykonos has now become legendary. In the center of Mykonos town, in the so-called Chora, the party goes on all night, then continues in the morning in the beach houses.
However, this fresh European lifestyle comes at a price – and quite a steep one! Ever since it became painfully hip, there has been a proliferation of luxury hotels and restaurants on the island, not to mention all the paid beaches on earth. The cheapest hotel rooms cost €270 per night, the average price is around €460, and if you really want luxury accommodation, expect to pay €1100-1200 for a single night. (2018) 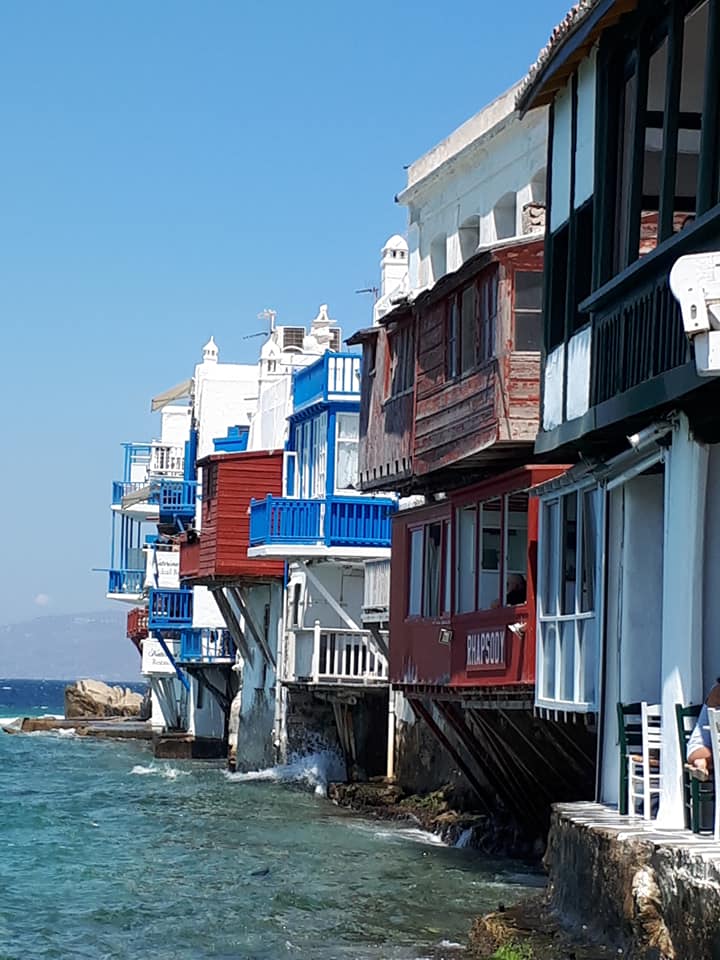 Mykonos has many beautiful sandy beaches. Some of the beaches have a section for the nudists.
Rents for sunbeds and umbrellas on the beaches vary, and even prices change on the same beach overnight. On average, there is a daily rent of a set (two sunbeds and an umbrella) of around 12-15 euros. 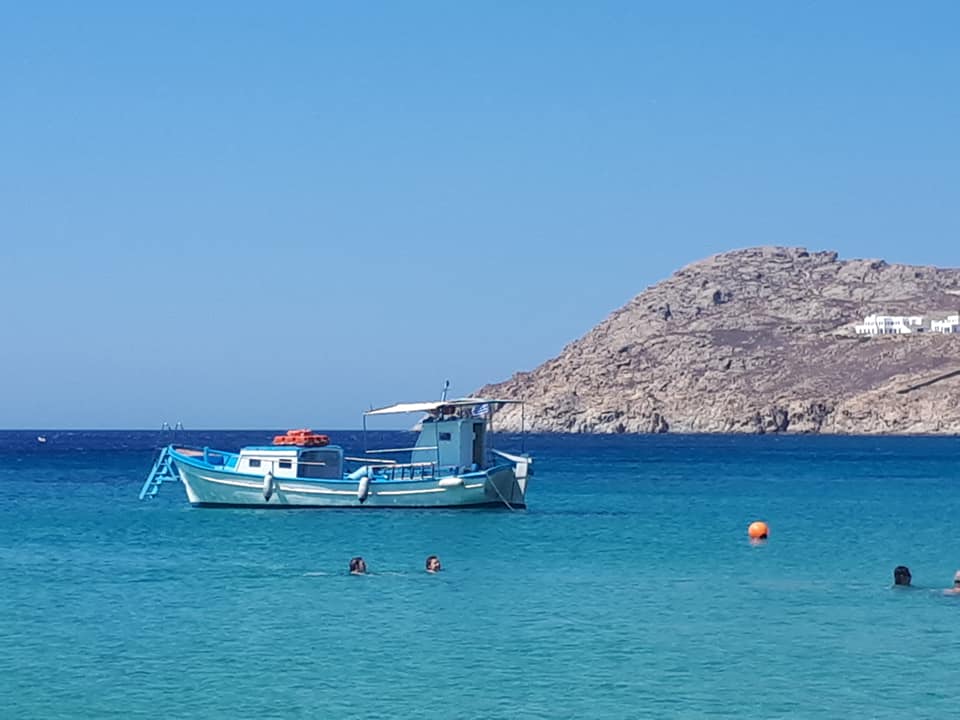 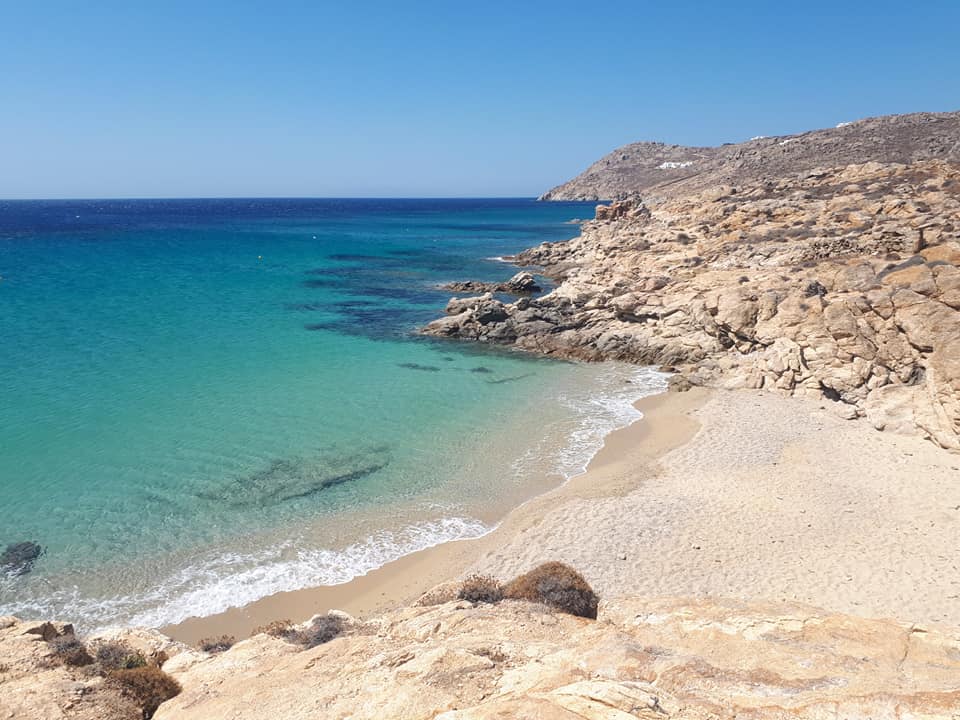 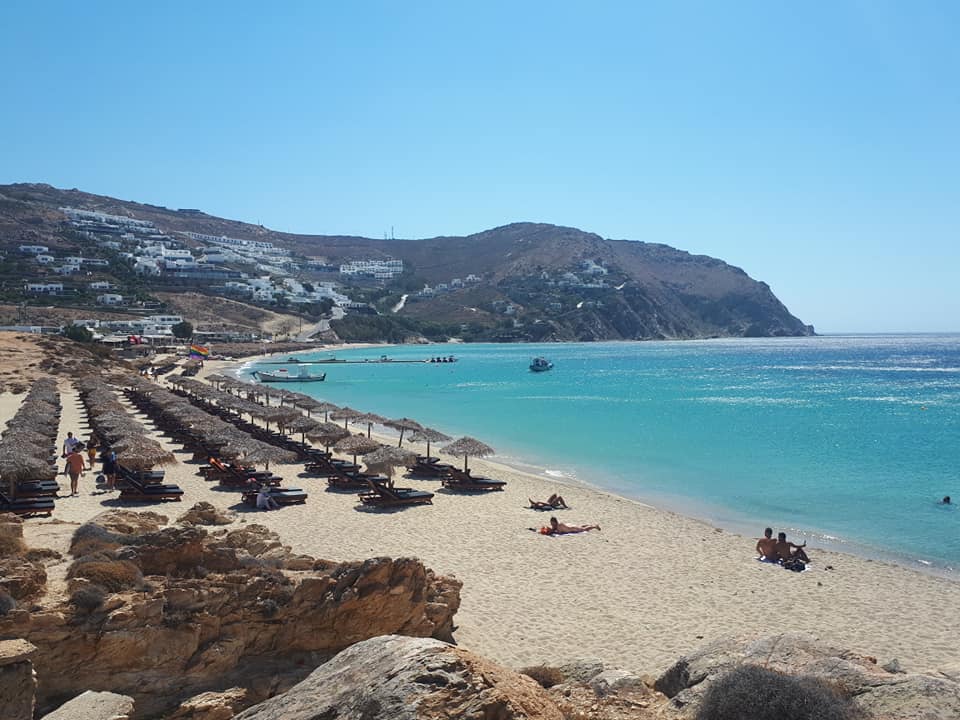 " Agios Sostos beach, in the northern part of the island, is gorgeous. During our week-long vacation on Mykonos, we swam here every day! The beach is located next to a small village of the same name (actually just a row of houses). The beach can be reached by a flight of steps, across the rocky ground. If you’re coming with a stroller or require disabled access, it might be better to choose another beach. Also, the rural bus service doesn't come this way, so we took hired mopeds instead. The beach is located approximately 10 km from Mykonos Town.

The beach is very natural – there’s nothing artificial about it. It’s also worth noting that there are no services – we always bought everything we needed at the supermarket in Panormos, six kilometers from the beach. We had lunch once in Panormos, at the Mykonos Star Hotel’s in-house restaurant. The beach at Agios Sostos is approx. one kilometer long, and most of the sand is very fine-grained. There are pebbles here and there, but they’re tiny. The sea shelves gradually here, and the seabed is still fine sand at the beginning, then gradually you’ll feel larger rocks underfoot. The water quality is superb! The seabed is clearly visible to the naked eye.

One disadvantage: the water is not particularly warm –  on the first day of July it felt approximately 20-21 degrees. Given that the northern part of the island is very natural there are few buildings, so of course, that means not much accommodation. If you come to this beach early, you will most likely be alone, since until about 11 nobody comes except at most a few locals (to fish, mostly, or else just to take a dip)." (Deca, 2014) 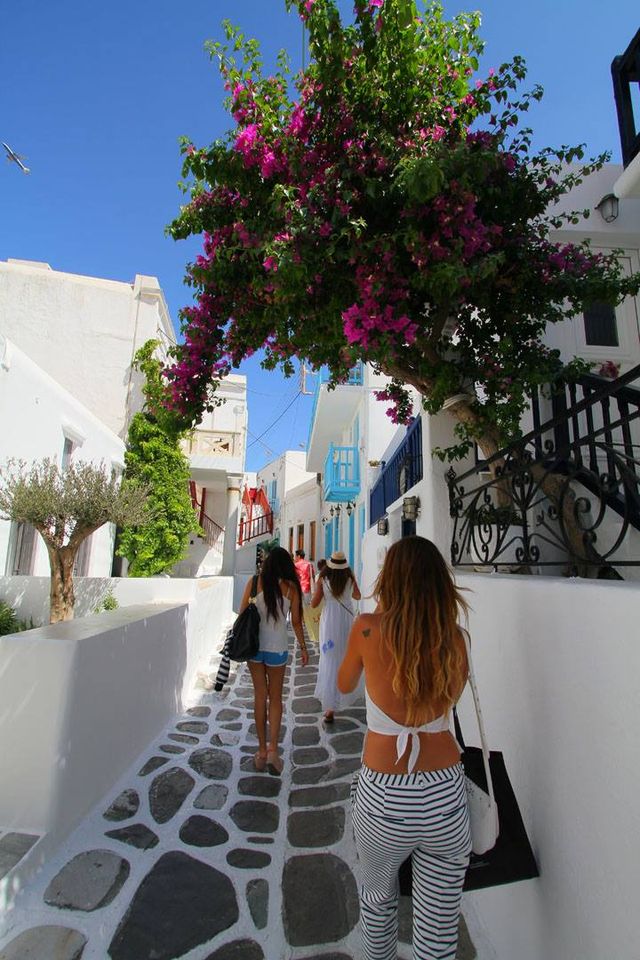