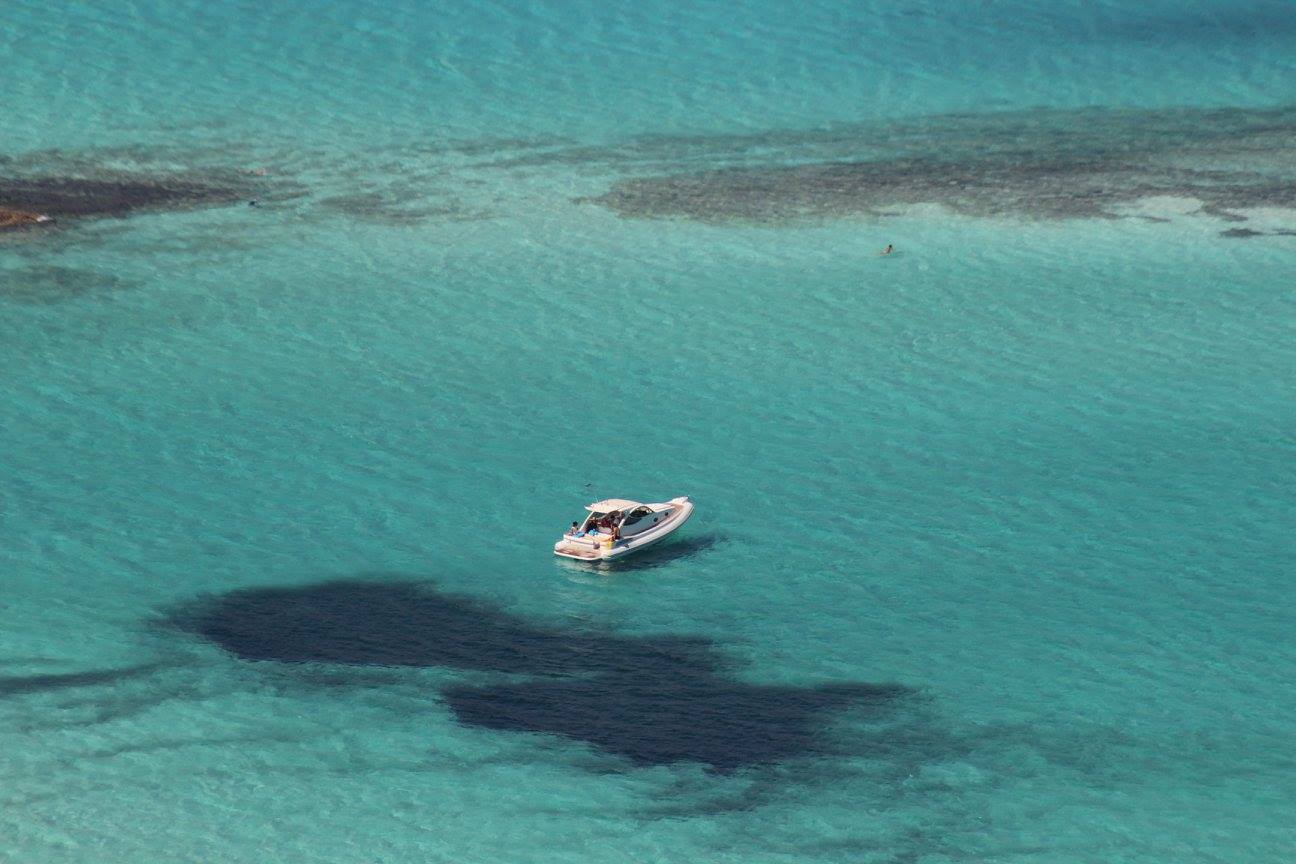 1. Quite a big island, so the sights are more diverse, and the range of landscapes (gorges, mountains, valleys, bustling cities and quiet retreats) are quite different from elsewhere on Greece, while the countryside is strikingly green

3. Chania, Rethymno and Elafonisi are all spectacular

4. The south-west part of the island has beaches and clear blue waters

5. The cultural and historic remains of the Minoan civilization

6. Far from the beaches, the remote mountain villages have a unique, mystical atmosphere

7. You can eat well on Crete (souvlaki, gyros etc.) or have a healthy salad. The wines are good too, and the tavernas are great, with lots of young people

8. The local people are pleasant, laid-back, hospitable and above all proud

9. Good roads and a pleasant climate

10. The island is as suitable for active tourism as for a lazy, relaxing break – there are many opportunities for hiking and having fun

11. The island of Chrysi has sand so white it’s almost Caribbean, surrounded by beautiful nature

1. Heraklion and its surroundings are not at all attractive, and Heraklion airport is also ugly

2. Large-scale tourism is not very romantic, and some parts of the island are simply overcrowded, especially in the north, or at Hersonissos or Malia, while there is too much development around many resorts (greedy, tourist development)

3. It’s hard to discover the best of the island without hiring a car

4. It’s exhausting to drive on the mountain roads: distances are long, the traffic is too much for a vacationing foreigner, and there are plenty of Cretan cretins who drive like maniacs

5. The locals have become a little too complacent with their tourist industry; they’re not as willing to help as they used to be, and in off-season – party from laziness – too many shops are closed.

6. Prices can be sky-high in some tourist areas, and the food in tavernas isn’t always up to scratch

7. In some areas, particularly around the major settlements, the landscape is barren, and lacks the green found elsewhere

8. It’s often windy, meaning big waves in the sea. There are a lot of mosquitos, and in summer the heat is oppressive

9. The souvenirs in the shops are unimaginative, and often downright tacky

10. The crowding in July and August is unpleasant

11. Salespeople, car rental dealers and the shills outside restaurants are all unpleasantly pushy and intrusive

12. Some of the bus drivers are jerks

13. It isn’t always wise to trust the estimated journey times in the maps they sell on the island

14. Knossos Palace is nothing to make a song about - not much to see 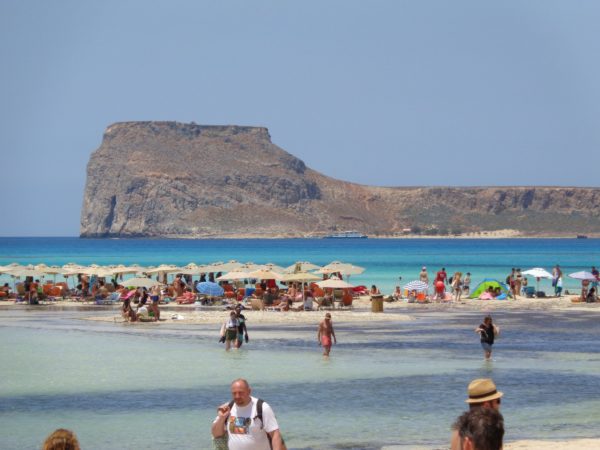 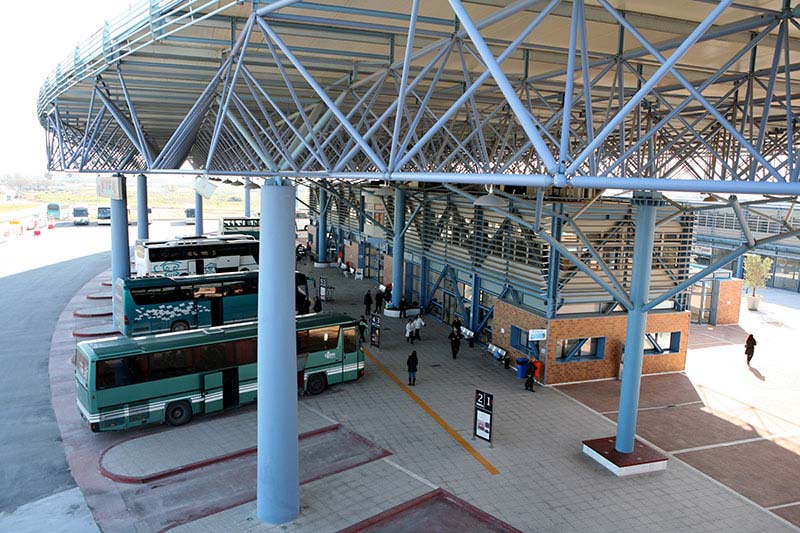 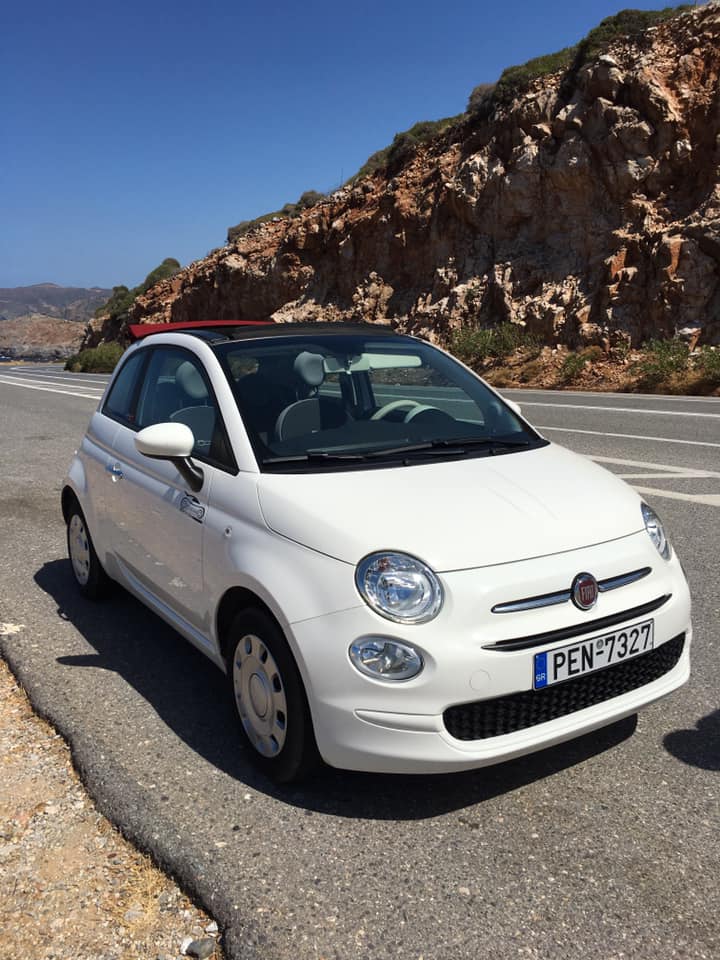 “Where should you stay in Crete? On the east or the west of the island? When choosing your accommodation, it’s worth thinking primarily about proximity to the attractions which most interest you.

Eastern Crete: Many travel guides describe this area as the younger, more ‘party-focused’ face of Crete, but the few days I spent here convinced me that at least as many interesting sights and points of interest can be found in the east as in the west of Crete. Travel agencies generally recommend accommodation here in Eastern Crete, so it’s almost sure to be an easier destination to reach.

Western Crete has always been seen as the quainter, quieter side of the island – at least if travel forums are any guide. As in the east, there is a choice between bustling towns and cities and more tranquil holiday villages.

If you’re travelling to Crete for the first time, you might prefer the more developed, popular north of the island, but I’m sure that a visit to the south coast will persuade you that this quieter, less frequented area is as likely to become one of your holiday favorites as anywhere along the north coast.

Searching for the best base for exploring Crete, I, at last, decided on Rethymno-Platanes, which is the right distance from the airport, while a trip to see the beautiful lagoons on the west coast wouldn’t involve crossing the entire island.

Northern and southern Crete: When speaking of Crete, many seem to forget that the island can be considered not only on its east-west axis but also north-south – just to complicate the accommodation dilemma still further!
If you do choose the south coast, however, don’t expect much help from travel agencies – they generally focus exclusively on the north coast, so I’d recommend exploring the possibility of independent travel in the south.” (2017) 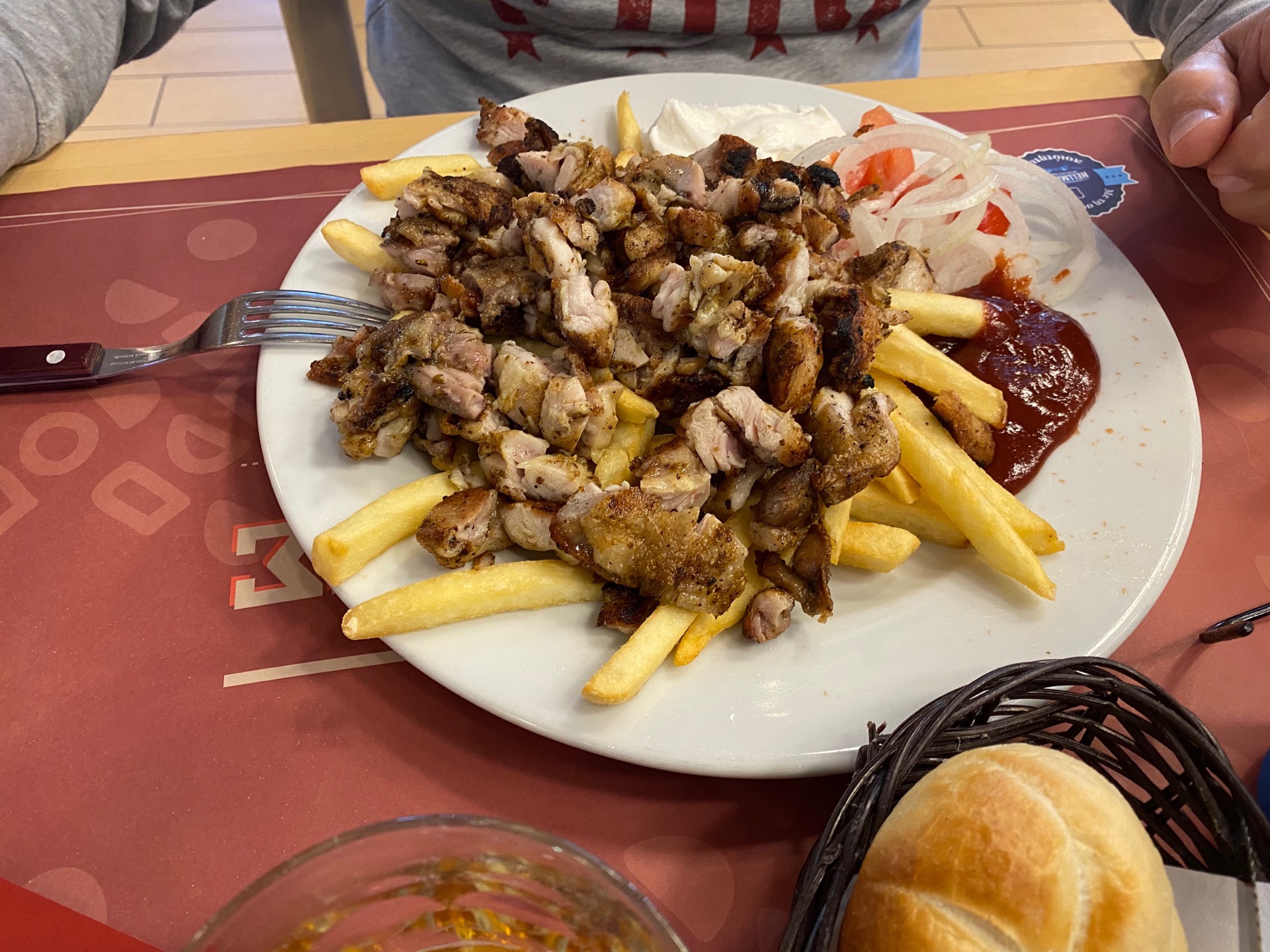 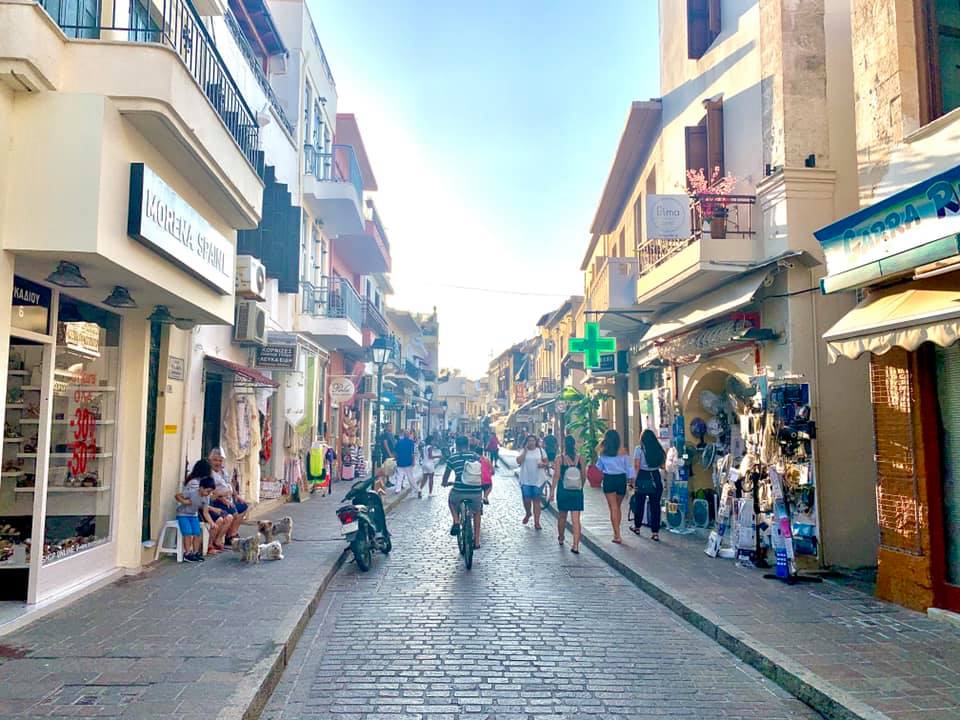 Crete - Rethymno - one of the walking streets - m.g. photo 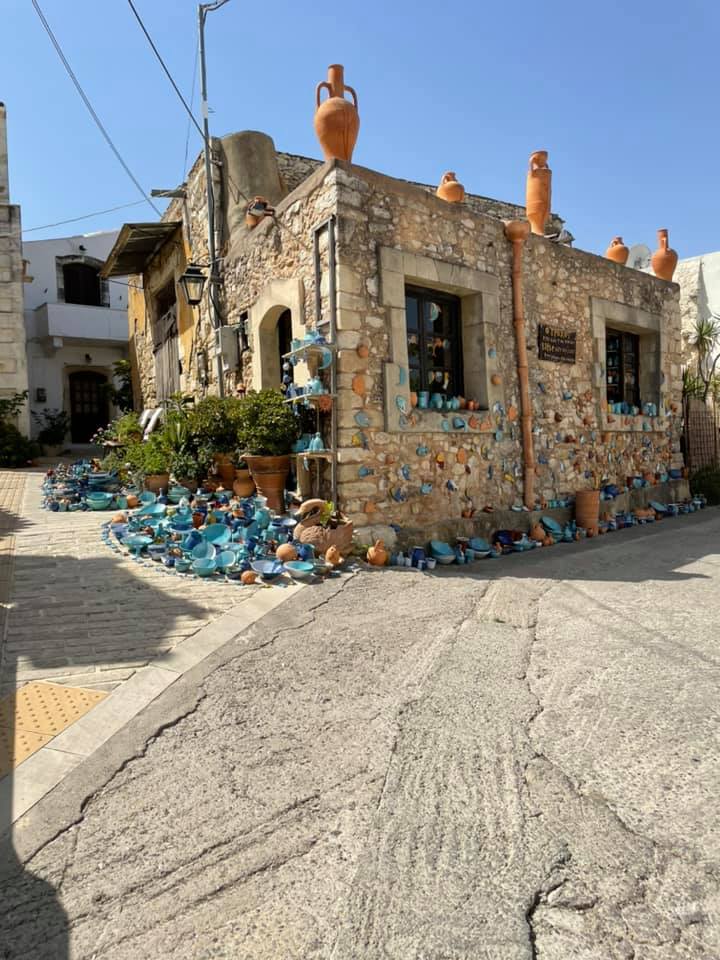 Crete - the village of Margerites with lot of pottery souvenir shops and a lovely tiny chapel - i.m. photo 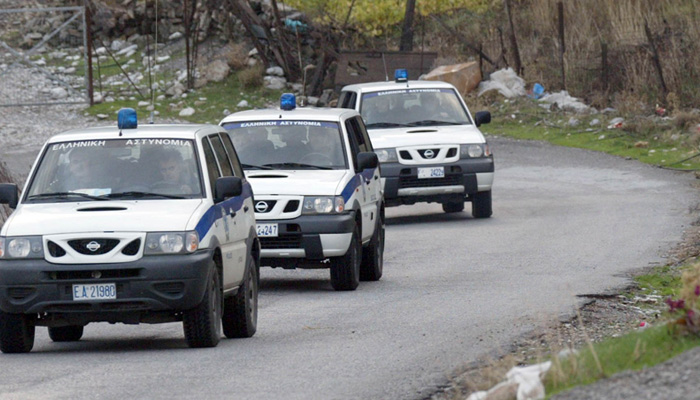 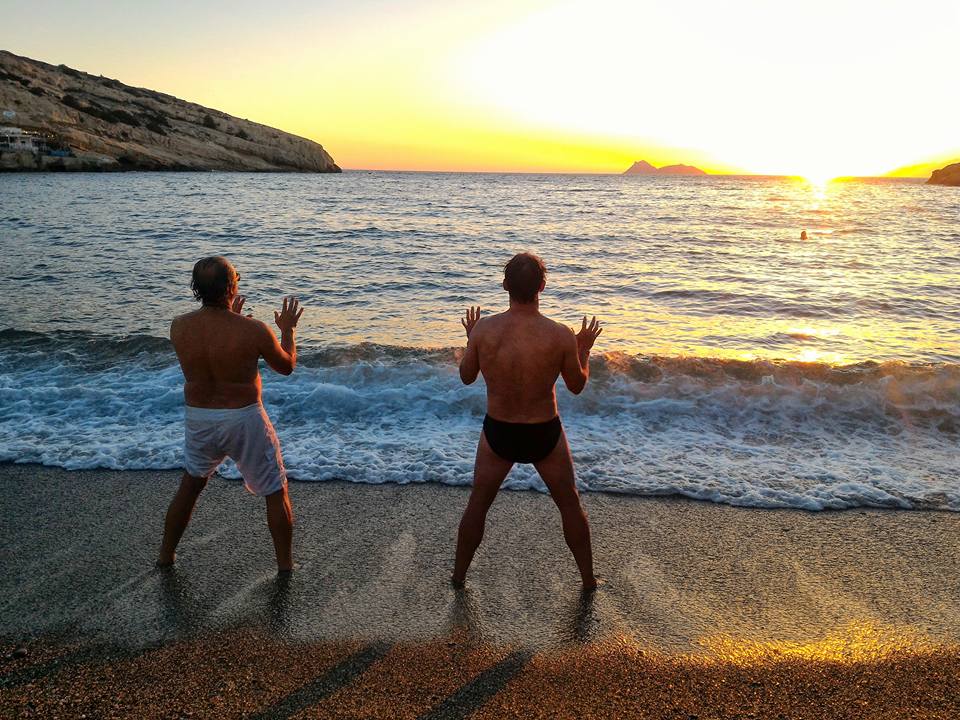 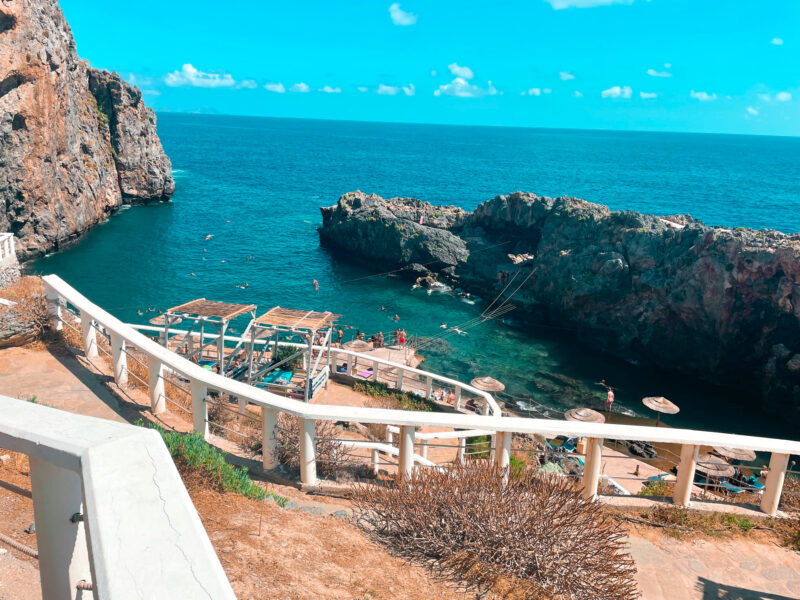 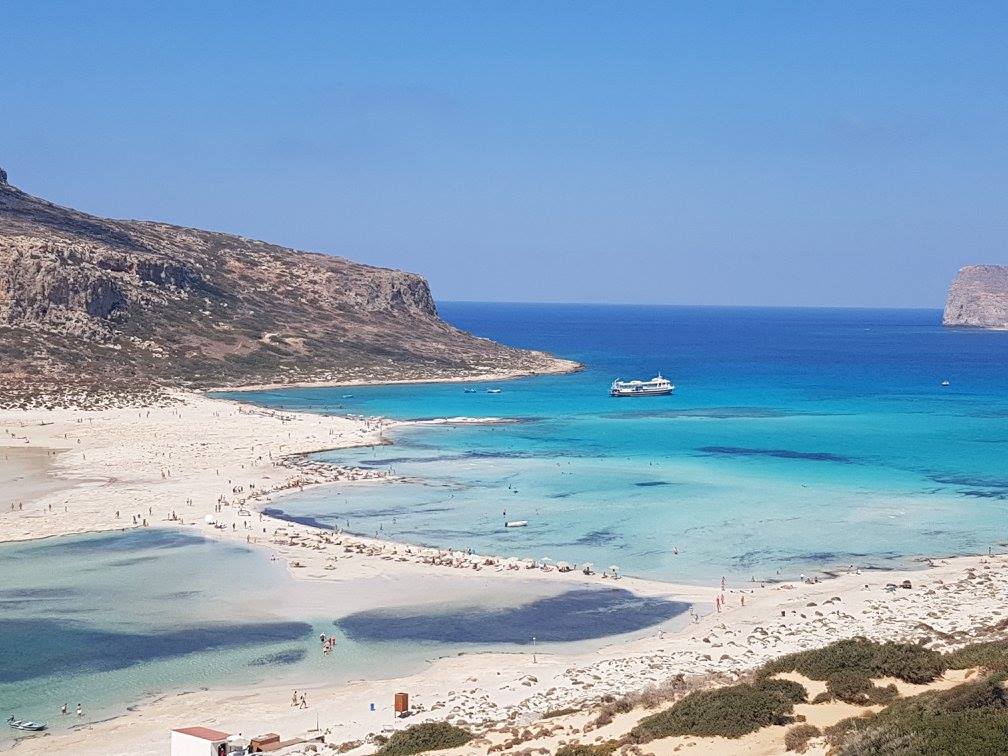 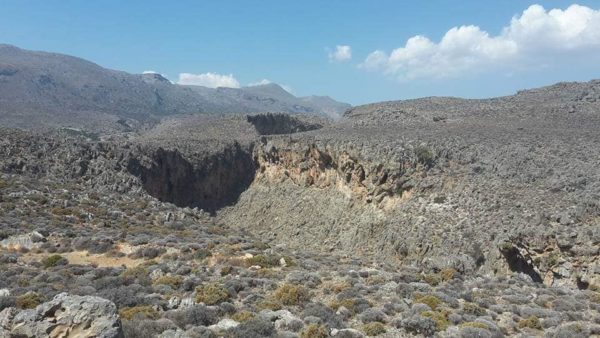 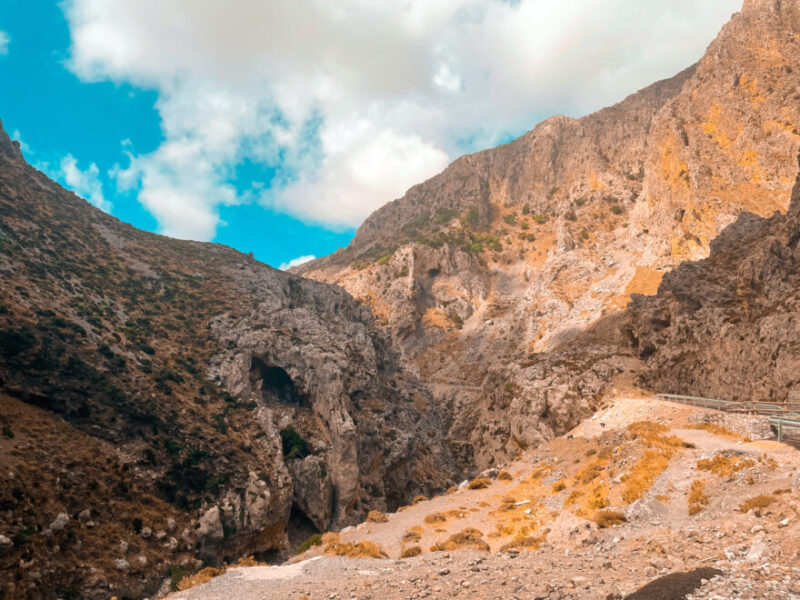 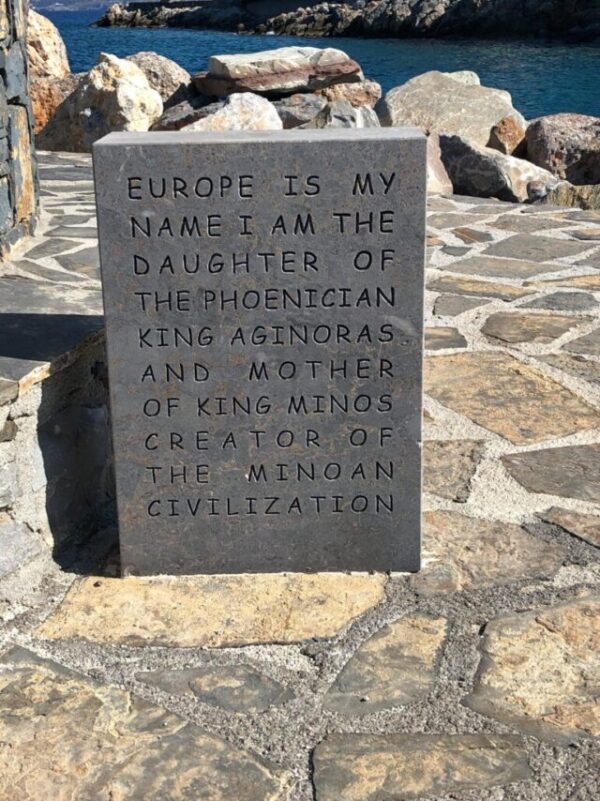 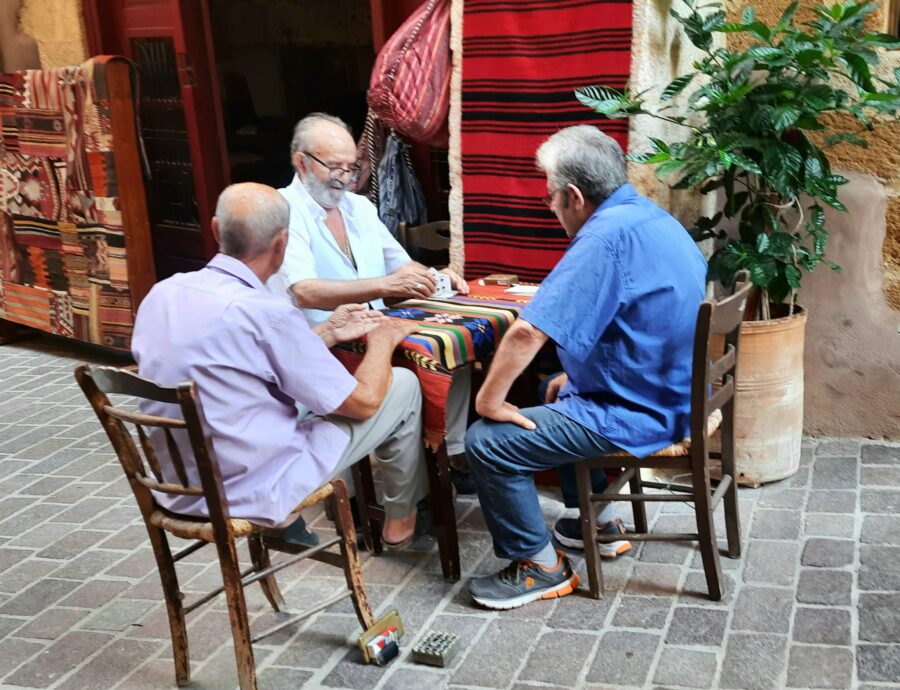 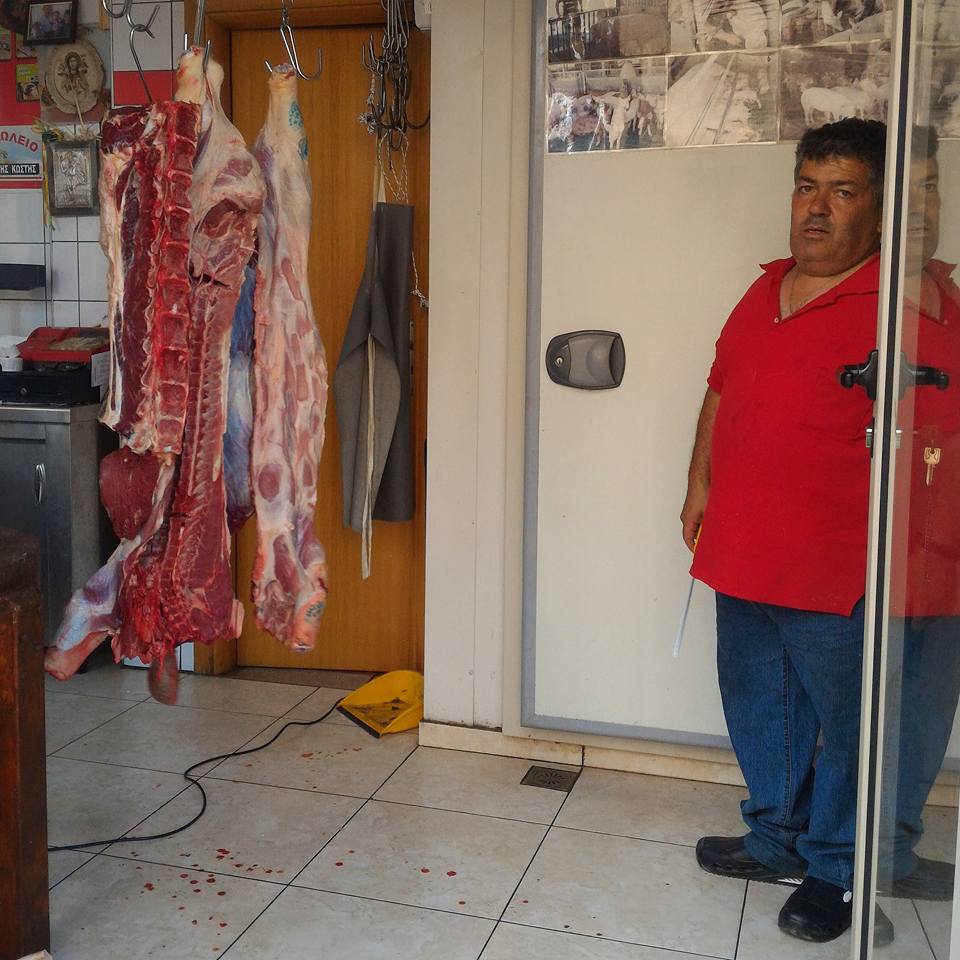 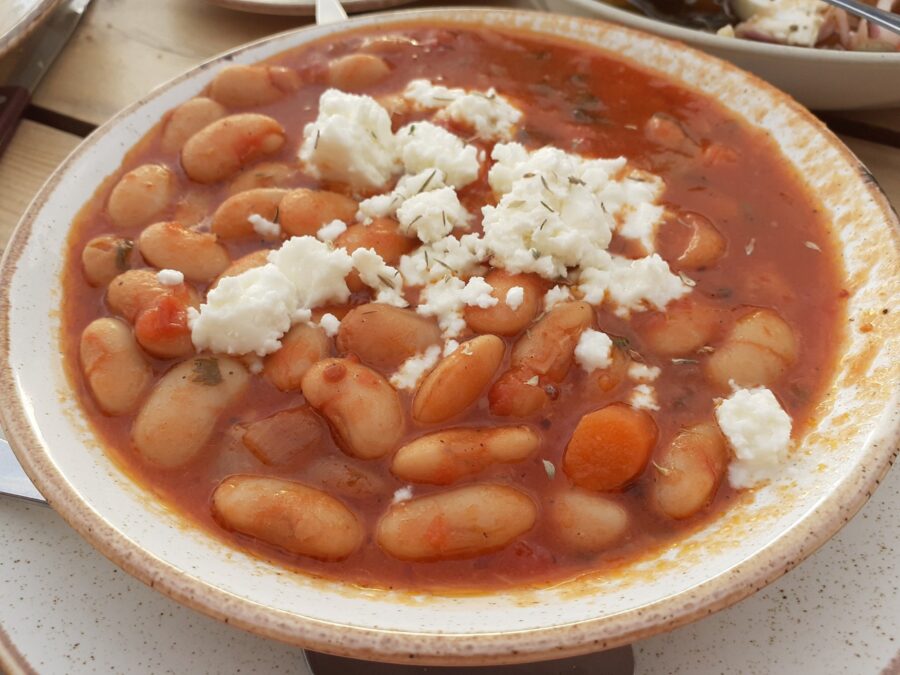 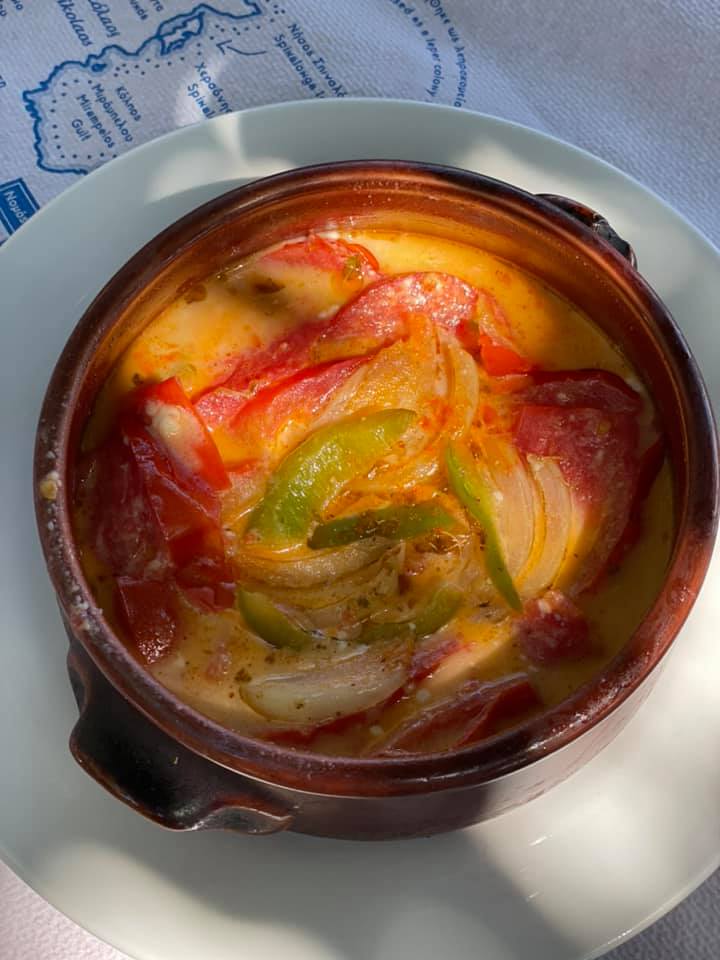 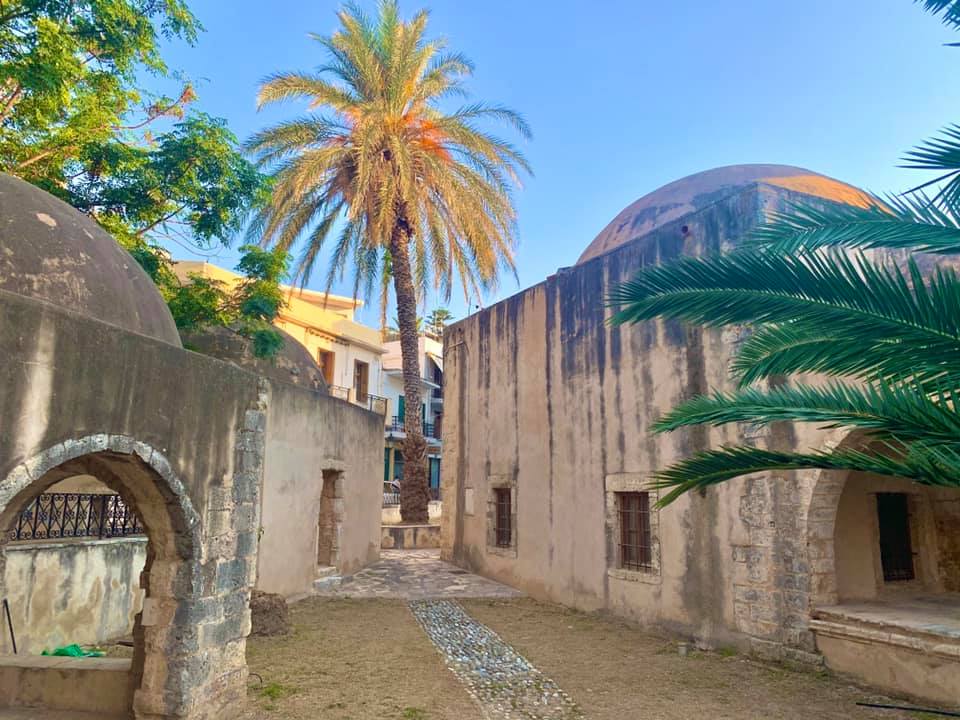 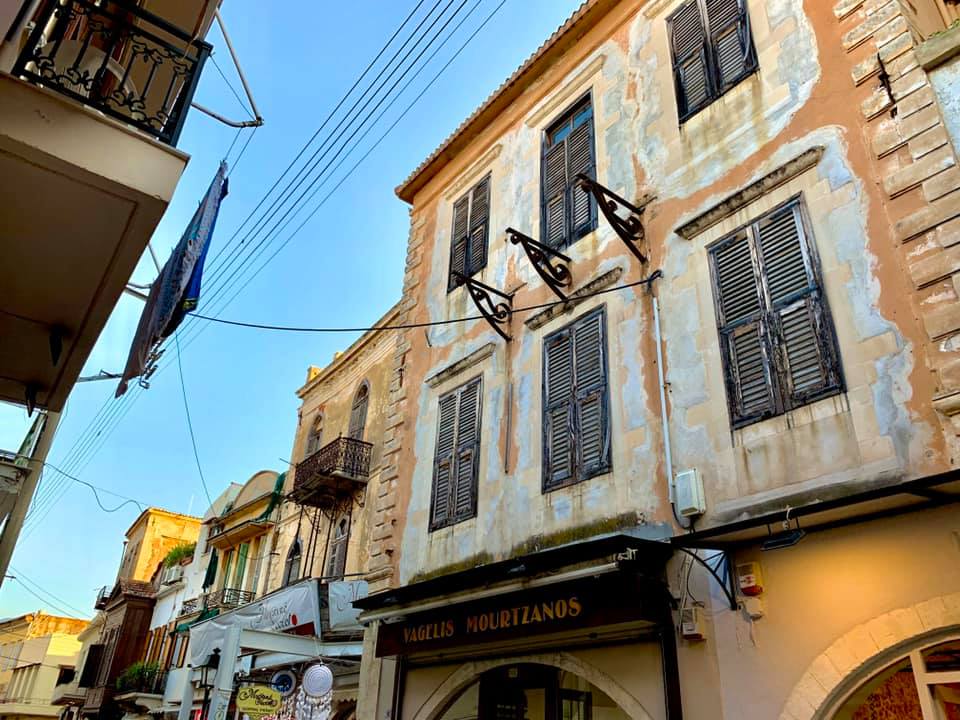 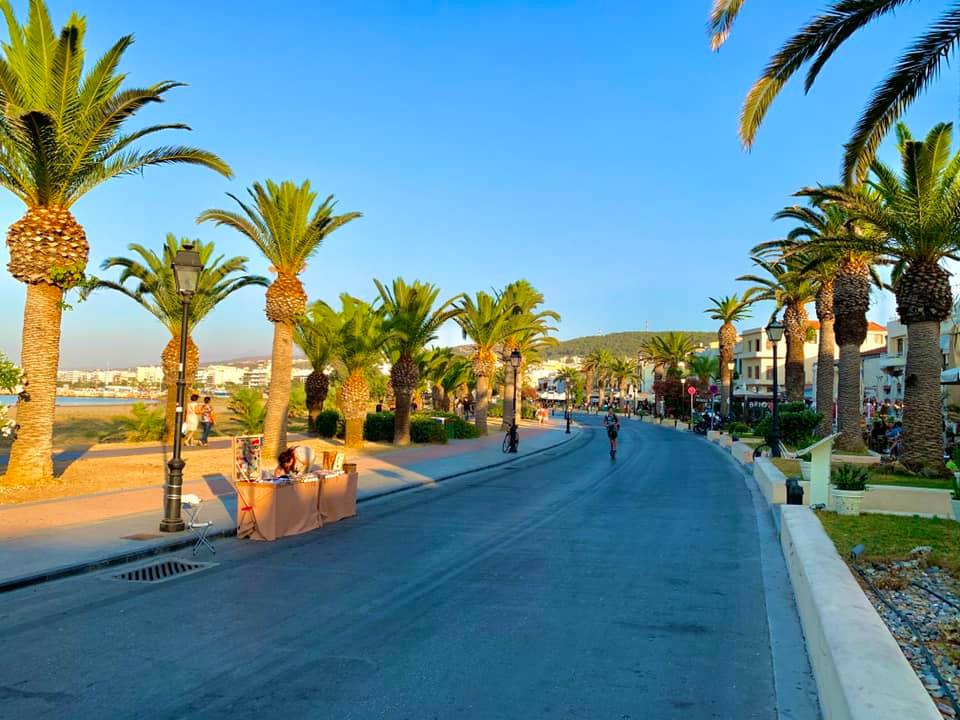 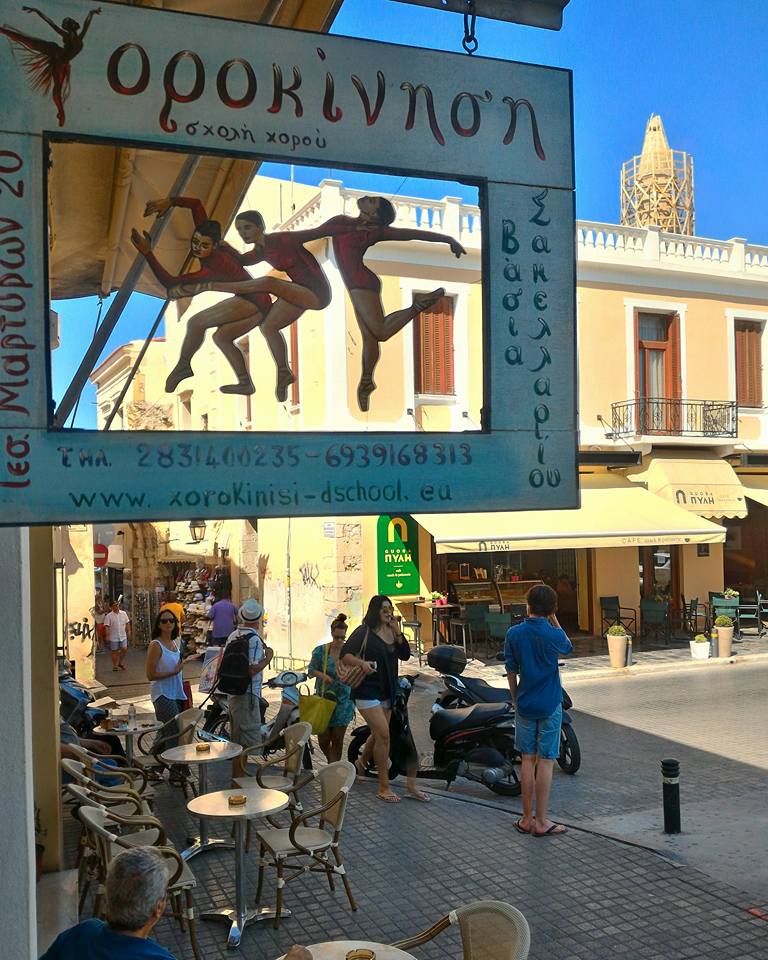 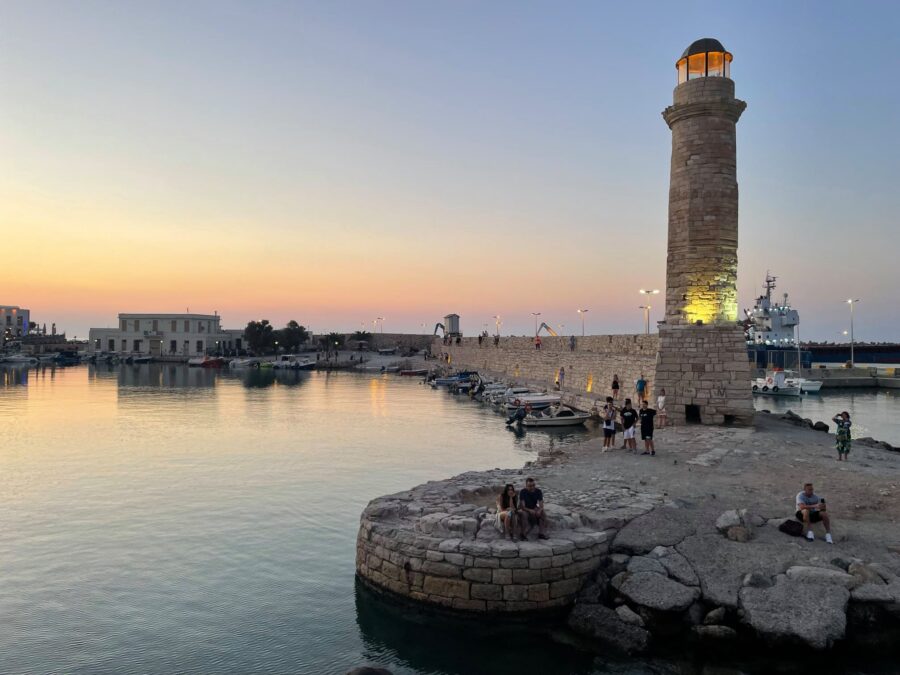 Crete - Rethymno - The lighthouse of the Venetian harbor - p.d. photo 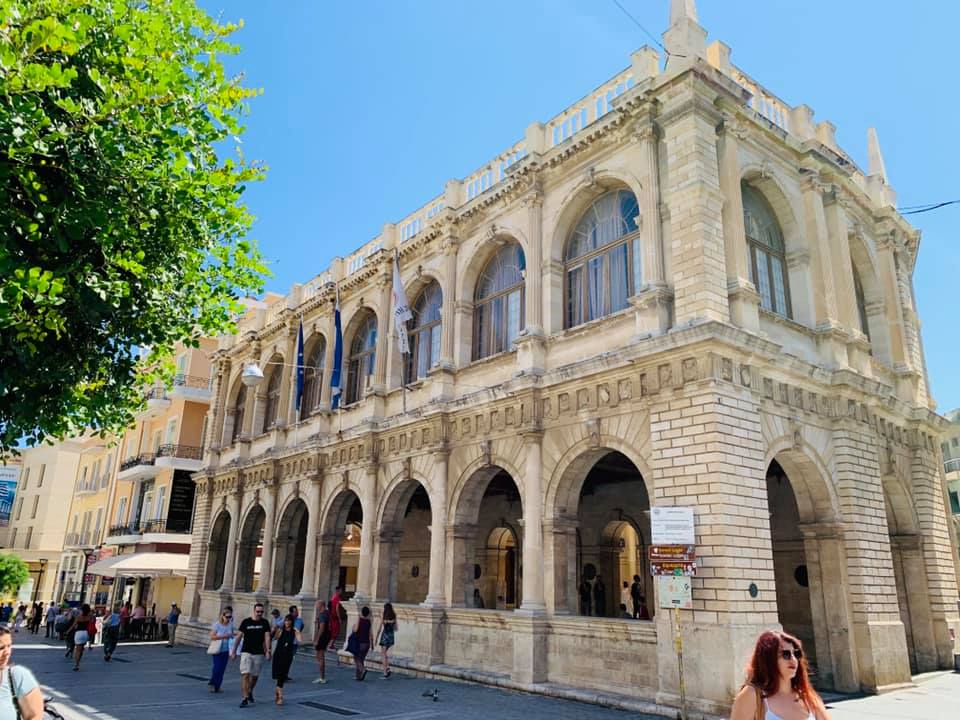 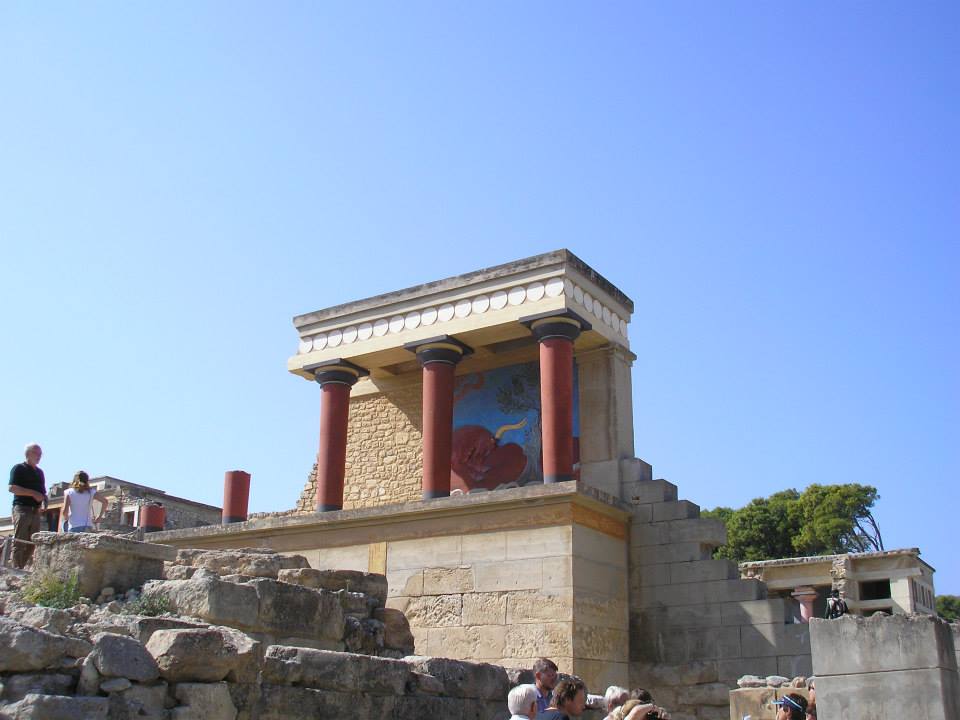 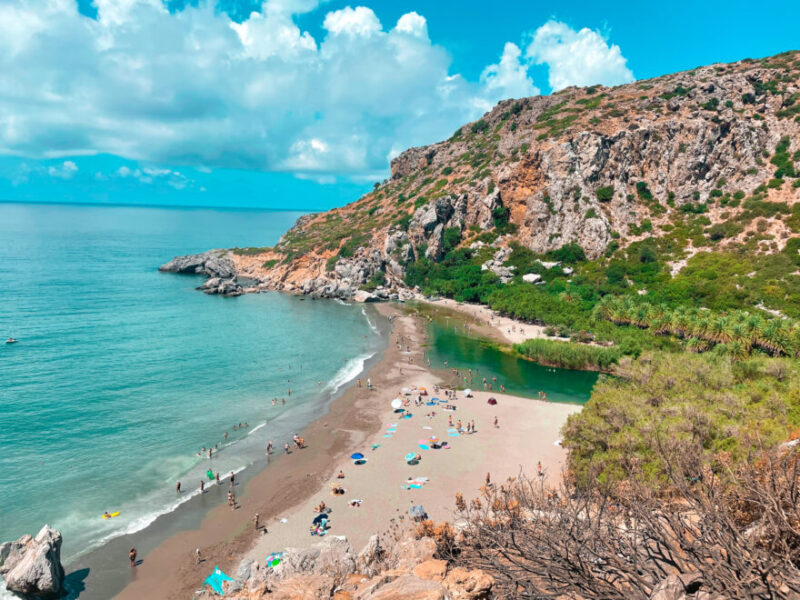 Crete - on a plateau, 23 km to the southeast of Rethymnon - The Arkadi Monastery (Eastern Orthodox) - g.m. photo 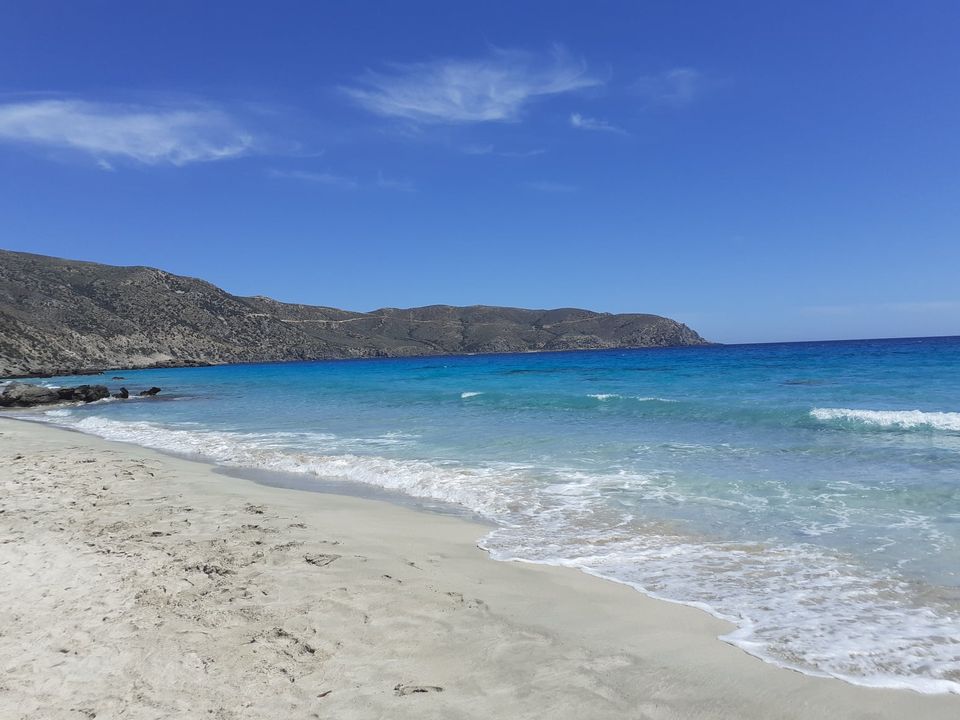 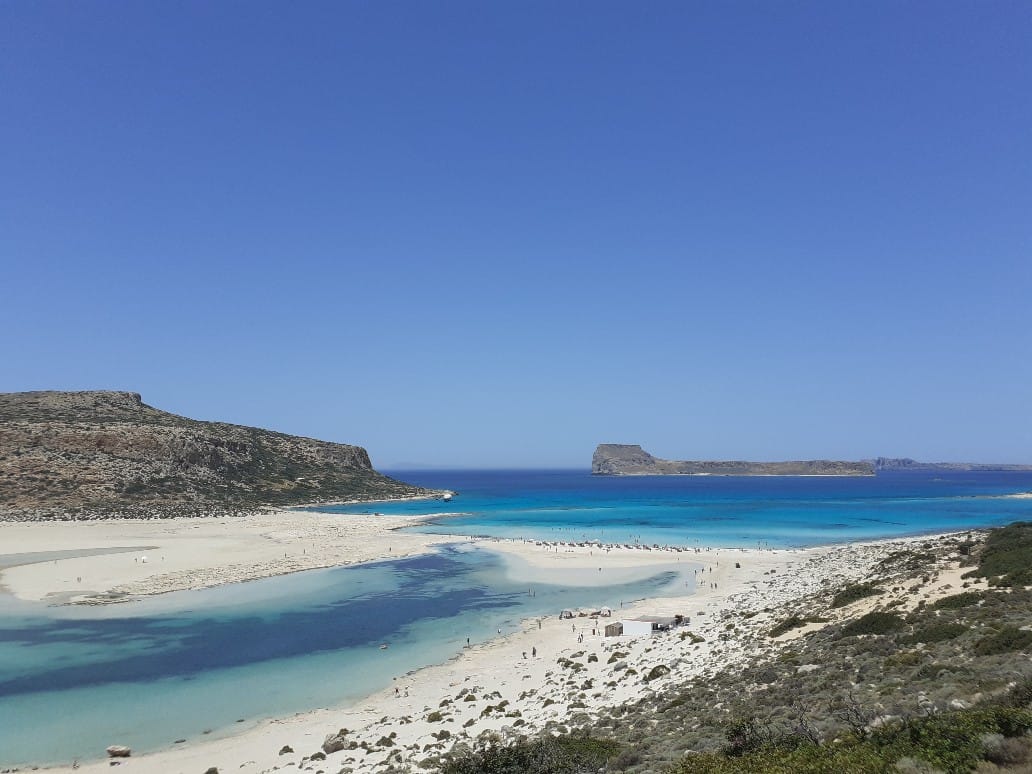 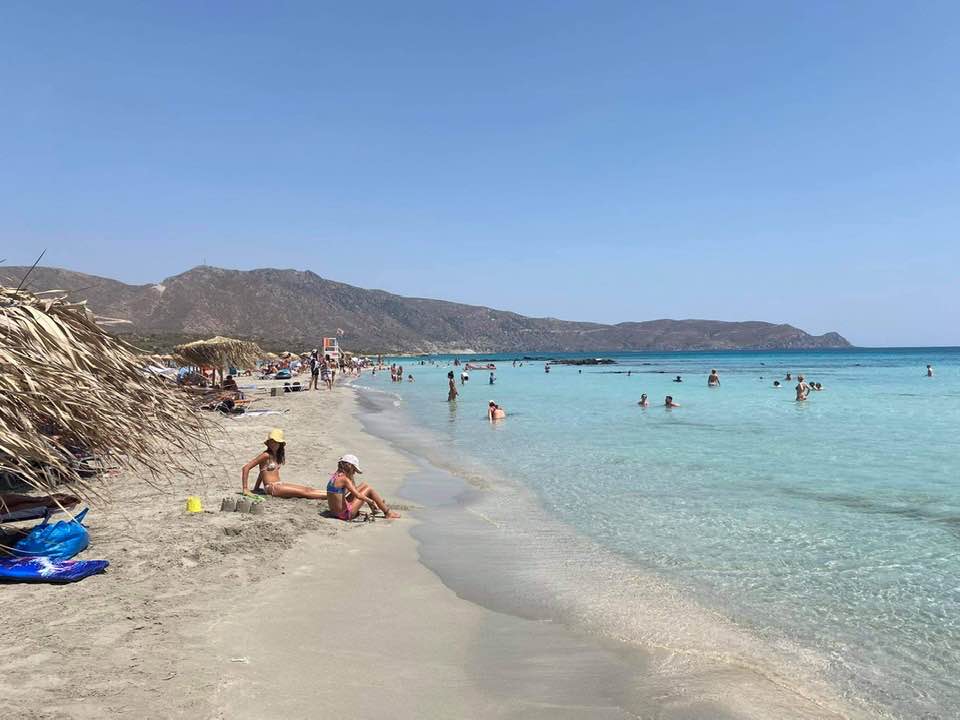 Beaches of the South

The waves are smaller in the south, the sea is warmer. 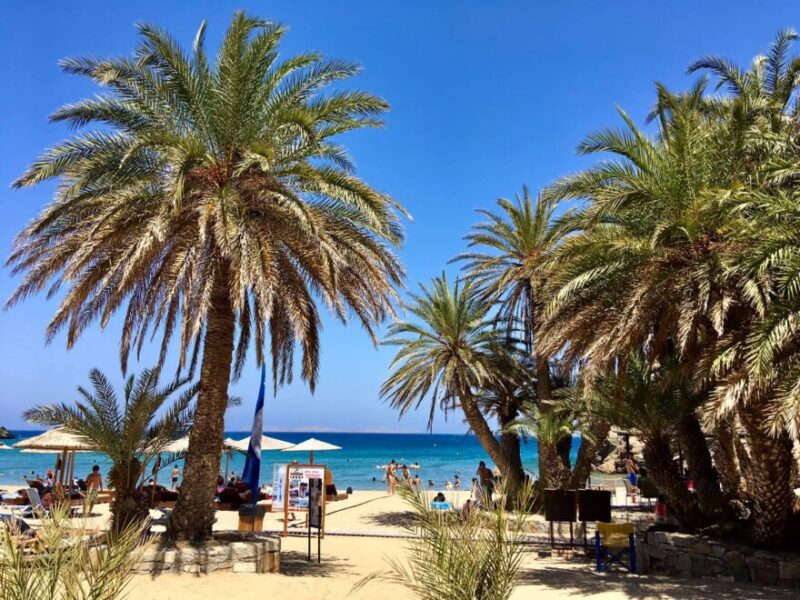