1.    I have visited Thailand as a tourist twenty-nine times so far – need I say more?
2.    The southern, calmer side of Kantiang Bay on Koh Lanta
3.    Most Thai people seem to be easy-going and happy, at least in comparison to most other Asians
4.    Ao Pileh bay, a paradise on earth, part of Phi Phi Lae
5.    Nighttime tuk-tuk rides in Pattaya with whoever happens to hop in alongside us
6.    The evening market in the old town of Chiang Mai
7.    Khao San Road in Bangkok – the backpacker street
8.    Eating on markets with locals, clear soup with glass noodle and
shrimps
9.    New Year’s Eve celebration on Chaweng Beach (Koh Samui)
10.    Koh Phayam (island) is a top experience

1.    With the exception of Chiang Mai, the downtown buildings in most Thai cities are ugly
2.    The chitty taxi drivers in Bangkok, next to the Royal palace
3.    Dirty and smelly in many places
4.    Repeatedly trying to convince people the Pattaya is not just a city-sized brothel
5.    Most of the ladyboys are unpleasant and aggressive
6.    Many Thais cheat naive foreigners with a charming smile
7.    The over-development of Koh Samui – for that reason no longer my favorite
8.    Mad driving style on the roads
9.    Polluted air and too much noise in Bangkok – after a while you want
to escape
10.    Sorry to say, but with its scabby stray dogs, I was not overwhelmed by Ayutthaya

11. The cockroaches are running down the street and under the pier, and when you stand on the pier, the little bastard comes out from under the tree and climbs on my feet. 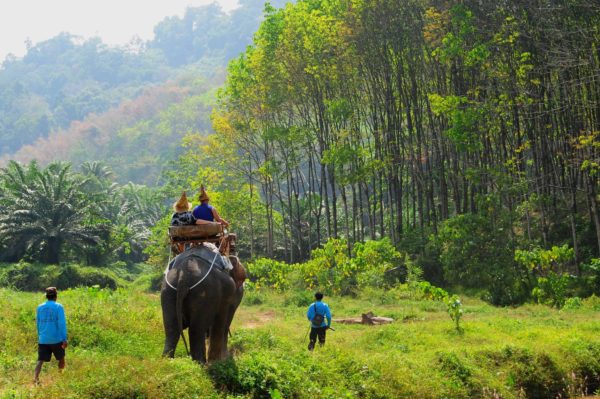 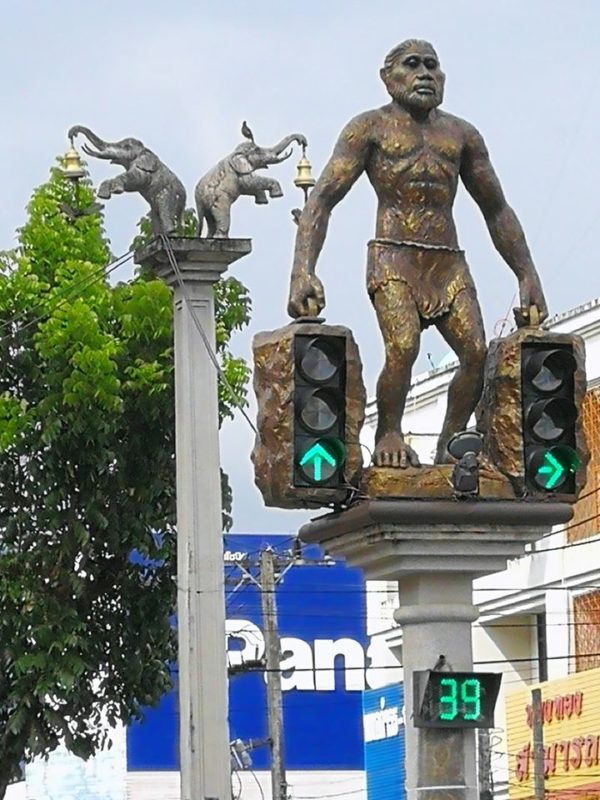 There are about 15 Thai dishes that are compatible with western sensibilities, and these are the only ones listed on the English-language menus. These are all dishes I’m very fond of, but after a while they get boring... though it must be admitted they’re all very healthy.

When I was only making short trips to Thailand I only ate these dishes, and each time I’d lose about 7-8 kilos during my stay. Then there’s proper Thai cuisine, which is something very different, and uses combinations of flavors which are hard for Westerners to get used to…

If you go to a restaurant with a Thai acquaintance, then a new world of Thai cooking opens up before you. The Thai-language menu is three or four pages long, while the menu for foreigners runs to just half a page. There’s a lot there that doesn’t work for me at all, but if you let your Thai friend order, you’re surely in for an adventure. (s.g., 2020)

I love seafood, but though it isn’t expensive here, I rarely eat it: it’s just so tasteless compared to what I’m used to –by the Adriatic, for instance, where my favorite is garlic and parsley squid. I decided to try to make the same thing here, using the cheap local shrimp, but when I put them in oil to sauté them, they immediately discharged about half a liter of water and collapsed into shapeless mush. I tried about a dozen different recipes, but nothing ever worked. I was completely at a loss, until a British chef explained to me that good-quality seafood always comes from cold-water seas, whereas the sea around Thailand is quite warm.

The squid and prawn in today’s dinner were pretty tasteless too, but the sensational garlic and tomato sauce really elevated them…

Thais generally just grill seafood, then smother it with strong sauces that completely obscure the taste, or else they use it the same way as, for instance, chicken breast in other recipes, and again the herbs and spices dominate the palate. At least it looks good, though :D 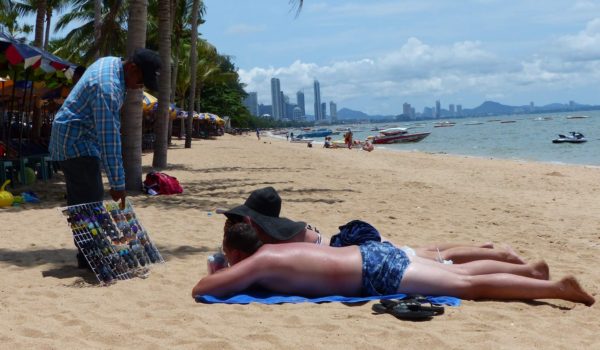 Important advice:  if you’re in trouble and police officers take action, always be very friendly with the cops and pay for what they say because it will be much more expensive later. 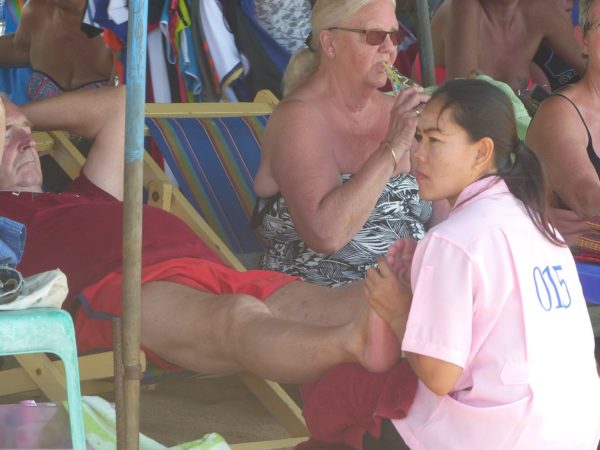 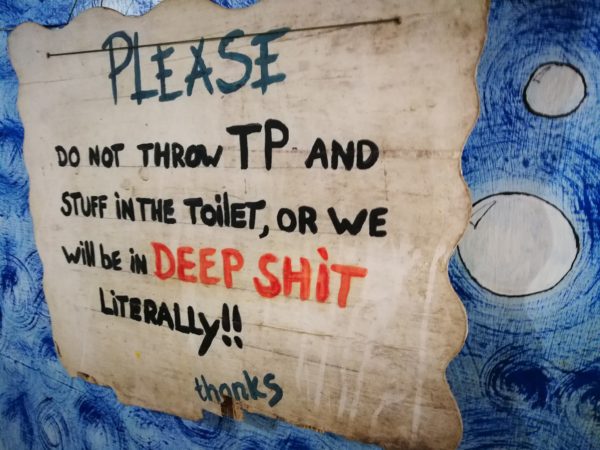 Thailand’s name in the Thai language is “Prathet Thai”, which means “Land of the Free.” It is the only country in Southeast Asia that was never colonized by Europeans.

As far as size goes, Thailand is home to the world’s longest poisonous snake, the king cobra. The cobra can reach more than 5.50 meters (18 feet) long, and one bite from it can kill an elephant.

It’s imperative for Thai people to be respected by others. When they are embarrassed or humiliated, they are “losing face,” and their reactions can be unpredictable.

Language: Thai – Thai is similar to Lao, the language spoken in Laos – The Thais do not use the Latin alphabet, but a complicated Thai alphabet. It is written horizontally, from left to right.

Political system: Thailand is a constitutional monarchy – Whoever the king is, he has a divine right to rule over the country. – The royal family is adored and deeply respected by Thai citizens. It is strictly forbidden to criticize any member of the royal family.
The king does not exercise executive power and mostly stays away from political conflicts.

Thailand is a safe country for tourists. Thefts may happen, but muggings are uncommon. Foreign tourists should know that in disputes with a local, the police will almost always side with the local (jani hunglish).

Red Bull, the famous energy drink, was born in Thailand. It is based on Krating Daeng, a sweet, non-carbonated energy drink that has been sold throughout the country and across Asia since 1976. You will recognize a bottle of Krating Daeng in Thailand by its logo – same as Red Bull’s. It is not only cheaper, but also stronger than its US or European versions.