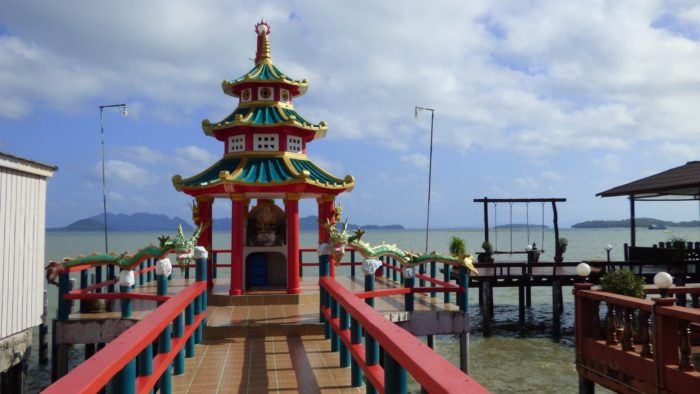 3. Compared to the smaller size of the island and the limited number of vacationers, the entertainment options are quite fine

5. A lot of great views, both to the sea and inland

10. Enjoy some loneliness in the northern part of the island

1. Some beaches are rubbishy - both vegetable waste and litter (some travelers are irresponsible)

2. Infrastructure is developing but still a lot of rutted, dusty, bumpy roads

3. 80% of the local population is Muslim, so extra attention needs to be given to decency

4. Few shopping options, so this is not a destination for shopaholics

5. For non-active vacationers the island can get a bit boring after a week

6. We rented a scooter and the left-hand driving proved to be somewhat stressful

7. We had two das of heavy rain and was stucked in the hotel

9. We were told that very rarely snakes could pass around the bungalows - that  information partly spoiled my stay

10. The beach sand was so hot that it almost burned my feet

“Our next stop was the island of Koh Lanta, which we had heard is not as crowded and overdeveloped as elsewhere in Southern Thailand, and where the prices are more reasonable.

We planned to spend more or less a week there, depending on how we liked it, and in the end we stayed for two. You can pay for a tour of the island, and it’s cheaper here than on Krabi, but in the end we didn’t take one, because we’d already planned to spend a week each on two other islands (Koh Mook and Koh Kradan) where among other things we wanted to take tours, while here we were rather hoping for the sort of place where you could wander away from the beach and find yourself amid spectacular wildlife, because we hadn’t succeeded in finding much of that to date.

During the first week – without many cultural sights to detain us – we didn’t do much besides laze about on various different beaches, playing games of rummy and chatting with other travelers. We also looked, with mixed success, for good places to go snorkeling, and hiked up to some caves and dried-up waterfalls. We faithfully followed the local growers’ market, which is held in a different location every day, and where you can find not just cheap meals, but also almost every kind of ripe, juicy fruit.

Food a fuel are both a bit more expensive on the island than on the mainland, but not worryingly so (the ferry trip is short). It’s a pretty big island, so tourists don’t all end up clumped together in one place, and the presence of other foreigners never bothered us. It’s easy to find remote, secluded places, but be aware than in the south part of the island there are a lot of macaques, which besides raiding the bins, are also more than capable of playing highwaymen on the roads, relieving tourists of food, drink, camera and sunglasses.

The one moment of real drama came when a scorpion appeared quite close by, and a lizard ran towards him (his partner waited in the background). He probably thought he’d spotted a big bug, but when he realized what he was actually running towards he stopped dead, his eyes started from his head, and he stood stock still until the scorpion had passed safely by. He knew that the scorpion’s venom would have been his last supper. (2020)”

The island is not small, and the road network is quite good, so it makes sense to rent a car or a scooter if you want to look around. The daily rent of a scooter or moped is very cheap. Families or groups of more than four people should rent a tuk-tuk for an entire day.
When renting a vehicle of any kind, it is essential to claim a sort of control on any possible pre-existing damages, even scratches. 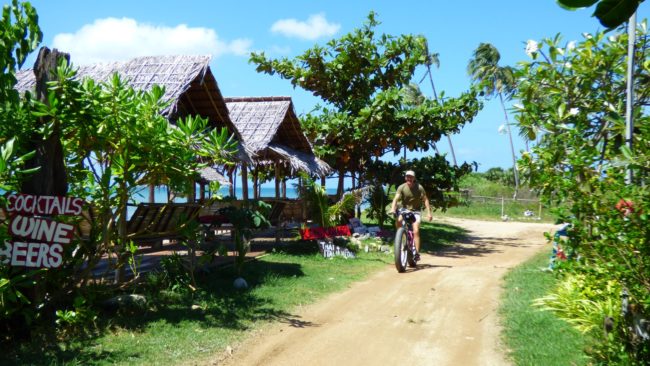 In the island's markets, try the Southern Thai Muslim food specialties because they're a little different from the regular Thai food. (They are  similar to the Malay cuisine, less spicy than the average Thai food)  Most of the dishes are with chicken or seafood. Many restaurants offer fish caught that day. 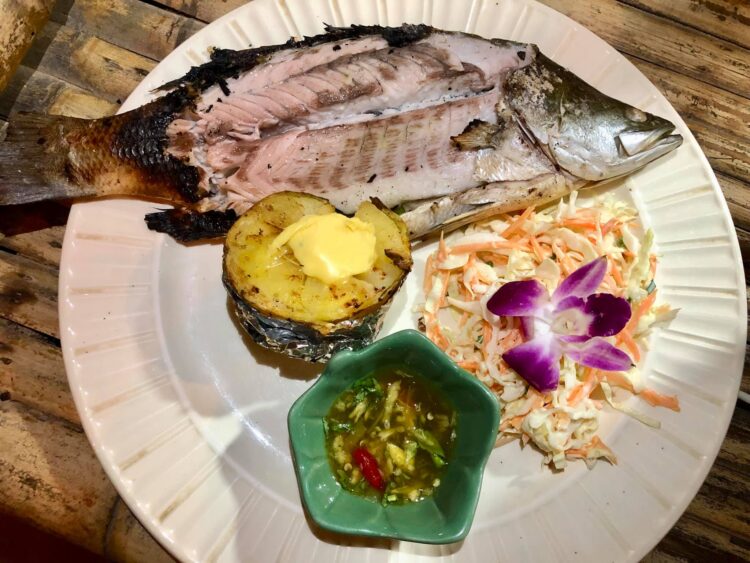 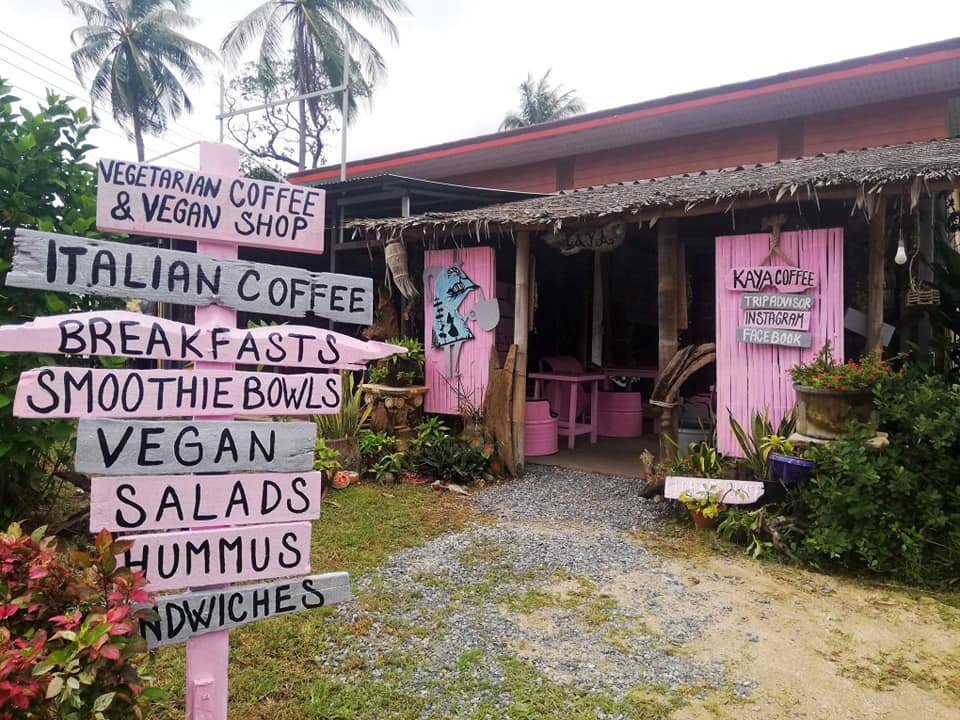 There is a market in Saladan on Sundays. 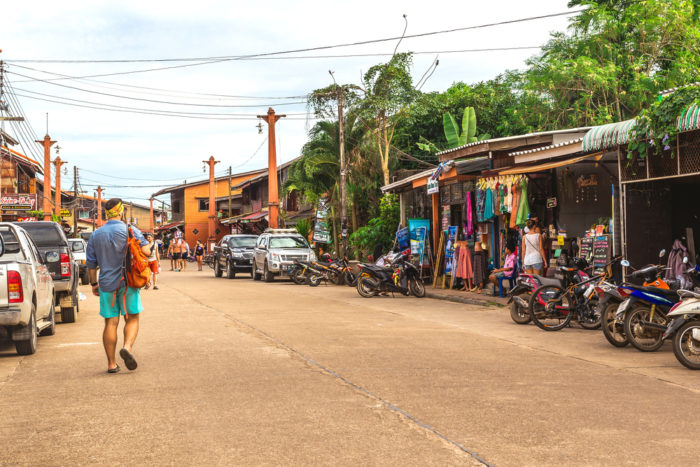 It’s uncomfortable that there are a lot of dimly lit places. 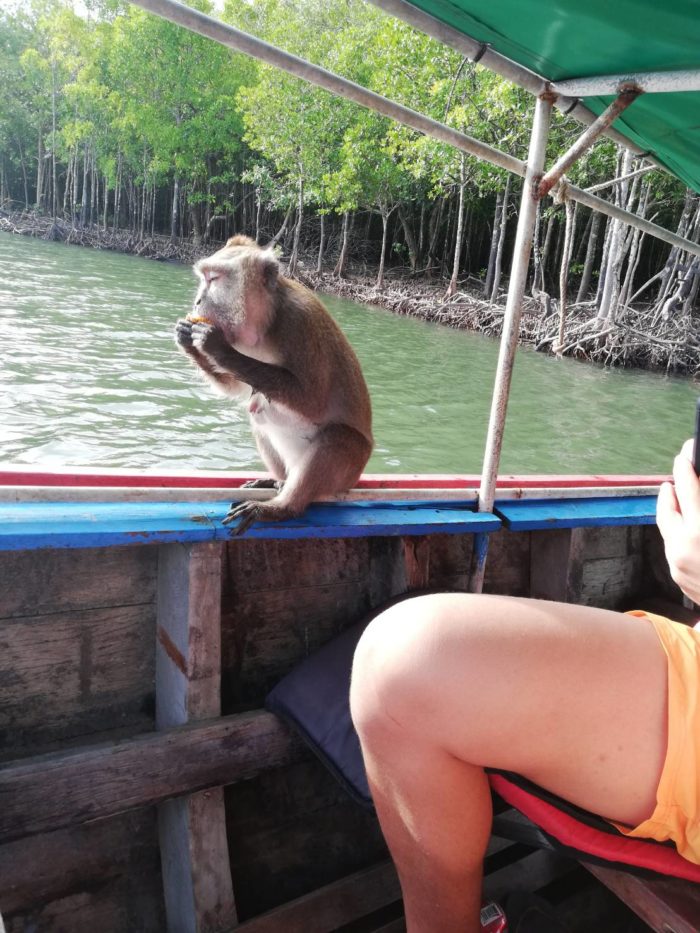 Koh Lanta is a beach vacation archipelago off the southwest coast of Thailand.

The two most frequented islands of the archipelago are Koh Lanta Yai and Koh Lanta Noi. The bulk of the vacationers stay on Koh Lanta Yai. For convenience, this island is associated with all of Koh Lanta.

Koh Lanta has no airport. Typically, visitors access the island by boat from Krabi.

Central city, or rather the main village (of Ko Lanta Yai): Saladan

All sandy beaches are on the west coast of the island. The longest beach on the island is Long Beach.

The most beautiful beaches are mostly private beaches of a hotel (resort), but you can swim there; however, you can not use their sunbeds.

The further south you go on the island, the more you find solitary, untouched coastline (especially in the southwest).

The southern tip of the island is the Koh Lanta National Park with protected fauna and flora. The entrance fee to the national park is 100-200 baht.

There are also two karst caves on the island that the tourist can explore without a guide: Tiger Cave and Kao Mai Kaeo. The entrance fee is insignificant.

On the west coast of the island are the Old Town (Old Lanta Town) and a Sea Gipsy village.

There is a nature park at the southern tip of Koh Lanta (200 baht per person). In the park, you can see a lighthouse, some monkeys and two beaches (both you can swim in). As long as you take a few photos, it’s a pretty good program.