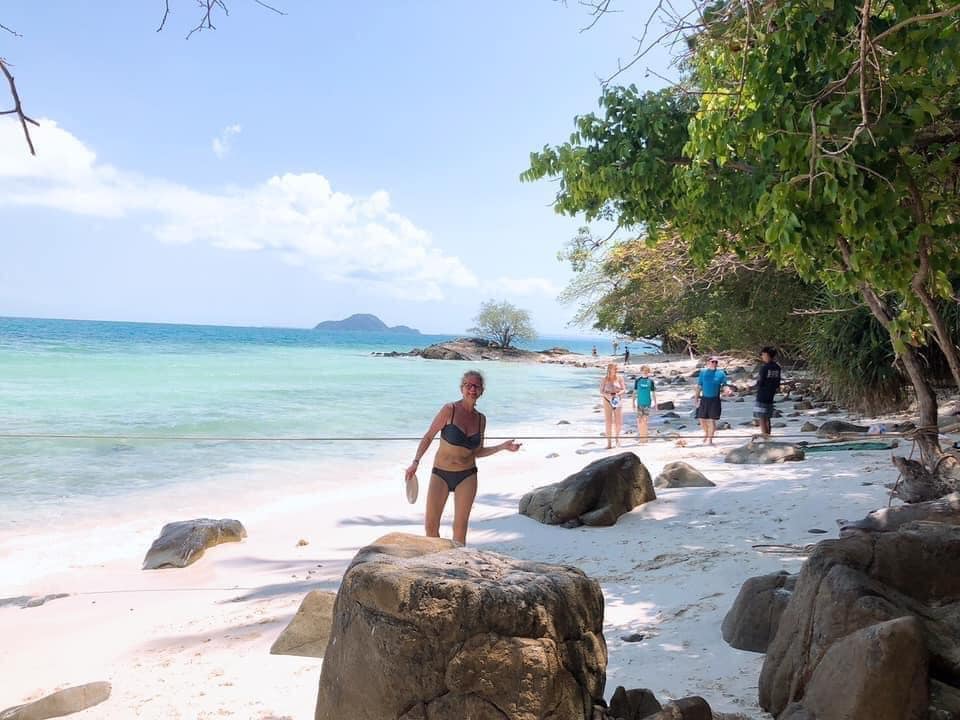 1. More romantic than Phuket and Koh Samui, and the atmosphere is totally different to Pattaya
2. A good place for those who aren’t looking for the kind of pounding nightlife and loose morals found elsewhere in Thailand
3. Pretty, clean, quiet, with natural beaches and pleasantly warm water
4. Many beautiful nearby islands that are perfect for daytrips
5. You don’t need to take a domestic flight from Bangkok – it’s easier (though longer) to travel over land and take the ferry
6. The inland waterfalls are beautiful, as are the sunsets over the ocean
7. The infrastructure is improving every year, but it still isn’t overdeveloped in the way that Koh Samui is now (not to mention a bigger city like Pattaya)
8. Summer holidaymakers are pleasantly mixed in terms of age, and there are fewer obnoxious tourists (it isn’t cool enough for them)
9. A good option for a relaxed summer holiday
10. It isn’t completely tranquil – there’s some nightlife at White Sands, and even shopping opportunities.

11. The East Coast is more authentic

1. Maybe if it’s your first trip to Thailand you’d be better going to somewhere more well-known, with more developed tourist infrastructure
2.Not a lot of great hotels on the island, though there are two or three gorgeous luxury hotels
3. The sea can get dangerously choppy at times
4. Roads on the islands are narrow and twisting, and often in poor condition – getting around can be tricky
5. It’s easy to see that within a few years it will lose its present easy, unselfconscious charm
6. Service isn’t as professional as elsewhere – staff may not meet Western expectations
7. When it rains, people stay in their hotel rooms – there isn’t much else to do
8. Some areas around the waterfalls are seriously dangerous
9. You have to constantly keep an eye on high and low tide
10. The number (and unwanted proximity) of stray dogs on the beach

,, Each beach seems to appeal to a specific type of clientele. Here the backpackers in a festive mood, there the golden youth, here the sun-seeking pensioners."

“Apart from the beaches, there aren’t many attractions on the island, except perhaps the jungle, which covers the entirety of the island’s interior. However, it isn’t recommended to visit the jungle without an experienced local guide. Guided jungle tours can be arranged at most small tourist agencies and a six-hour tour costs around €10 per person.

There are snakes in the jungle, but they are very wary of people, and guides take care of everyone on their tours. It is also possible to travel through the jungle on the back of an elephant. In the northern part of the island (Baan Kwan Chang) there is an interesting elephant camp. Another worthwhile trip is a visit to the south part of the island, where the fishing village of Bang Bao is built entirely on wooden posts driven into the seabed 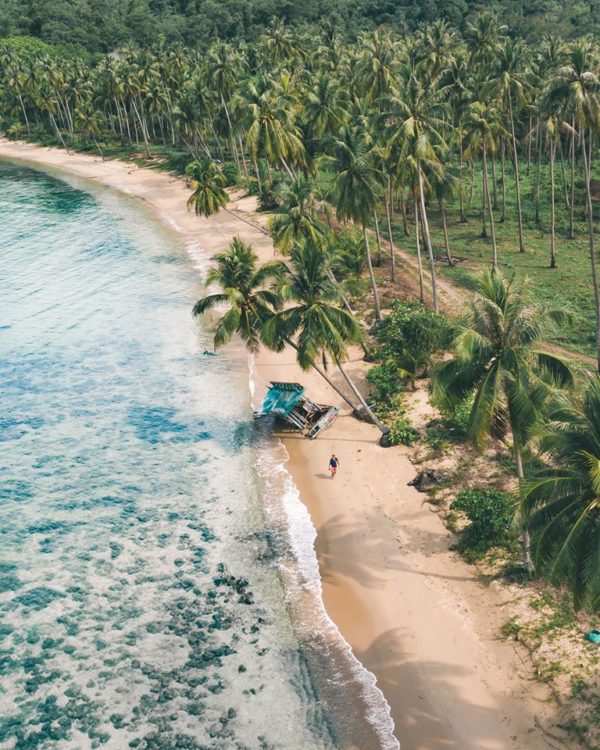 ,, To get around Koh Chang, you can take a taxi with a mad local driver or rent a  scooter (6 USD/day). Don't choose scooter if you are a beginner, as there are a lot of slopes, monstrous descents on the roads. Very dangerous!  Don't take the road if it rains, it's way too risky! There are a lot of accidents! Koh Chang is the 2nd largest island in Thailand, so walking everywhere is not an option." 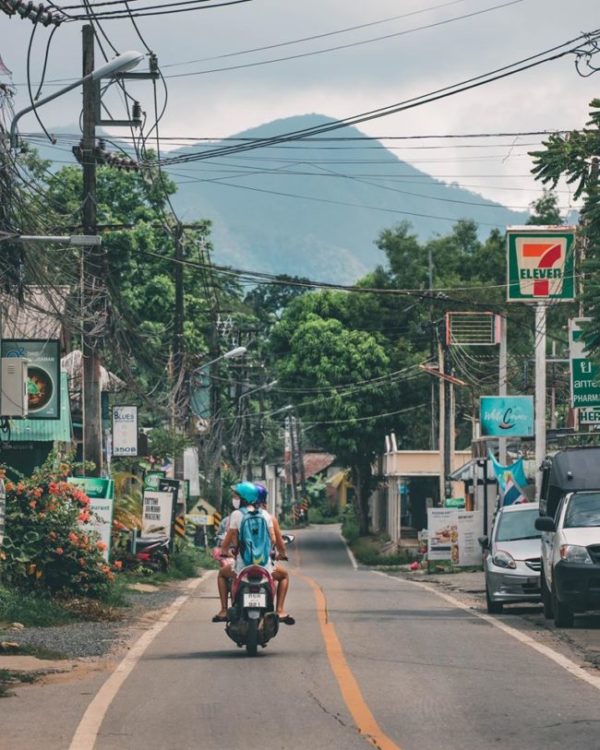 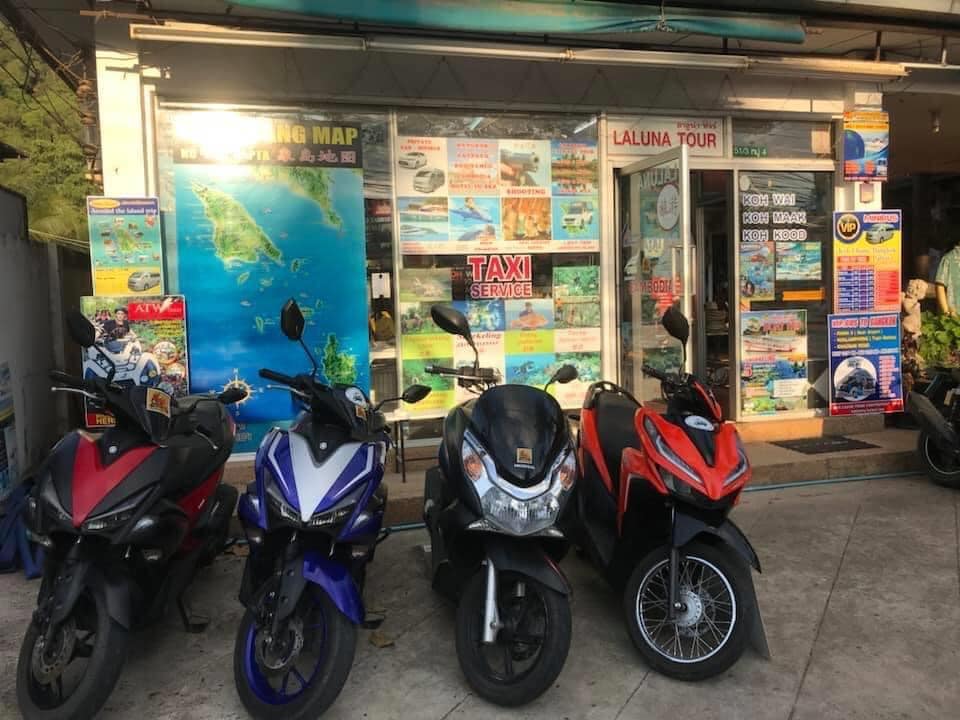 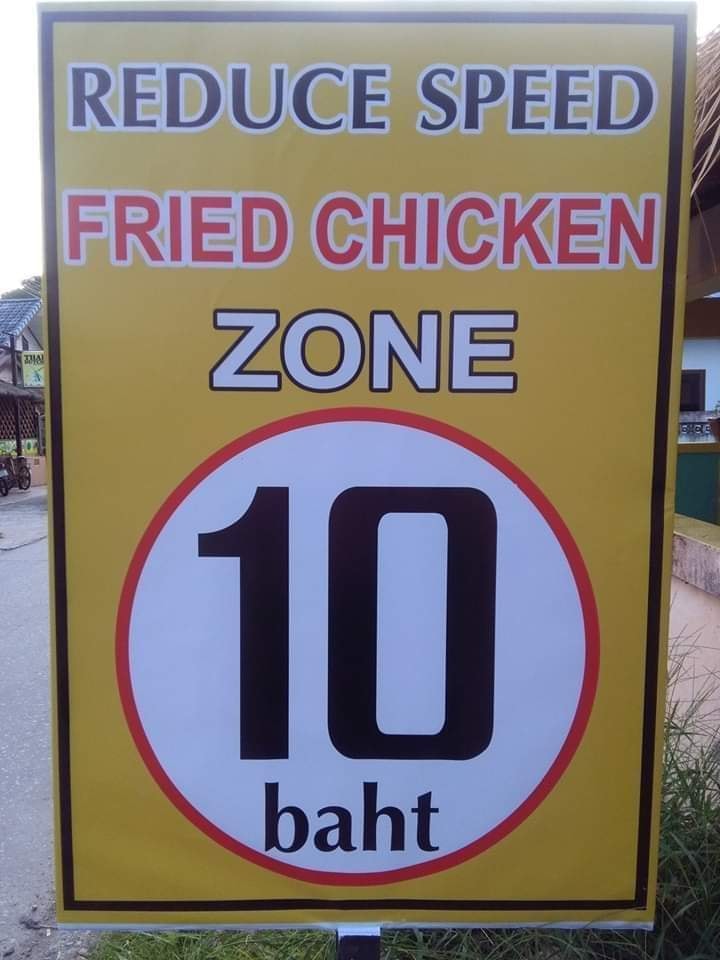 The (mediocre) quality of many guesthouses does not justify the price level.

“I rented a bungalow on Koh Chang but had to change it twice on the first night. At the first bungalow, the air conditioning didn’t work, and in the second the shower was broken. The third wasn’t exactly spectacular either, but there were no other free places to try.

I spent the whole night hunting mosquitos – there was no prospect of getting a night’s sleep. In other words,  if you’ve booked a super-romantic little lodge two or three weeks in advance, and arrive at such conditions, you might end up cursing the day you ever chose to go to Thailand… On the other hand, the next day I spoke to the pretty Welsh girl who had been camping on the site for a week what she thought of it. To my great surprise, she said she liked everything and felt great – especially when I wasn’t there grouching. Well, to each their own, as they say…

The next morning we hurried off to a hotel complex where the price for a room in high season was between 2400-3000 baht a night. As it was already March, and the wonderfully behaved herds of Russian and Chinese tourists had, at last, moved on, half of the rooms were empty. They offered us a room for 1600 baht, but we negotiated it down to 1400, for two people, and including a huge breakfast buffet for two people. It was a large, comfortable, clean room, opening directly onto the beach. (2017) 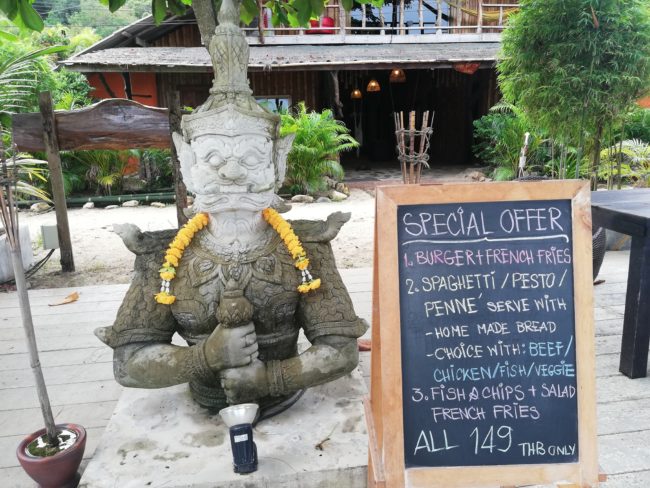 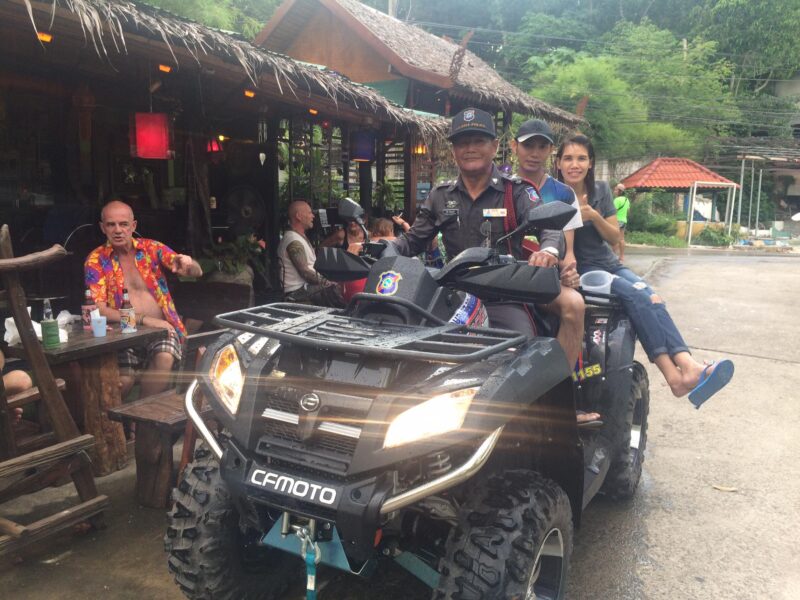 Stray dogs: There are loads of them. Emaciated, flea-bitten, and generally repulsive. They’re a discouraging sight, whether alone or assembled in a pack. They’re generally fairly easy-going, but at night they feel the need for action, and begin to bark, howl, fight among themselves and pair up – as well as cautiously approaching people. We suppose that the islanders’ Buddhist beliefs are the reason that they are free to roam and reproduce undisturbed. They are genuinely everywhere. We’ve already seen one white gentleman who couldn’t resist bringing his pet dog along from home – before long the strays had initiated it into some unwanted doggy business. So far we’ve felt no inclination to photograph them.

Battle against the monkeys: Cheeky, hungry, and lively is how I would characterize the local money population. They are the undisputed lords of the beaches, and will quickly divest unwary tourists of their lunch. They have developed an excellent understanding of how zipped bags can be opened, and discerningly rummage through the contents to find the tastiest morsels. One thing that fell victim to their predations was our last apple from home, preserved almost as a sacred object. We learned our lesson from this, and the next time they came back they were met by my partner’s shouts and swipes, and some nimble pokes with a long stick. This was how we, at last, established our authority (among the people too).

Mosquitos: Like everywhere, these are most problematic around sunset. The mosquitos here are quite small, making them hard to spot, and they can slip through tiny gaps. Locals try to deal with them with a machine that emits a high-pitched beep, presumably at a frequency that disturbs the mosquitos. The whole island squeaks. They often use smoke, as well. I’m sure these have some effect, but there are still plenty more mosquitos to go round, and their tribute of blood is collected every day. If you happen to find a shady spot during the day, resist the temptation to sit down and relax in it (unless you like to scratch all day). 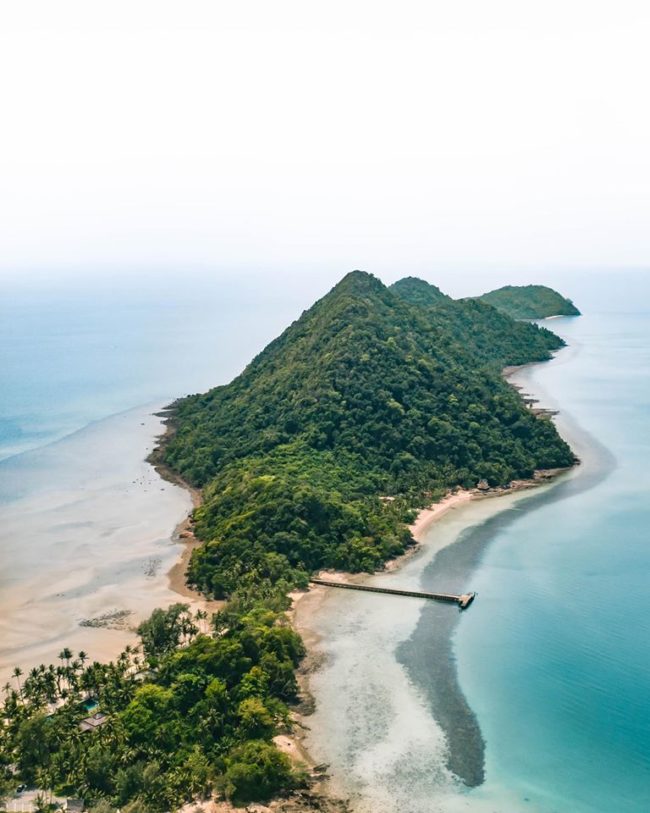 Koh Chang (or Ko Chang) is an island located in the far northeastern part of the Gulf of Thailand. The island is in the Trat province, 300 km (186 mi) east of Bangkok. .
Koh Chang is known as Elephant Island, too, because of its mammoth size and elephant-shaped headland.

Size: 217 km² (83.78 mi²) - Third largest island of Thailand (after Phuket and Samui) -  The islandi s 30 km long from north to south, and covered by mountains and rainforest inland with no roads.

The island has not got any airport.
The tourist infrastructure is not as developed as in Phuket, Samui, or Pattaya.

70% of Koh Chang is covered in rainforests, mountains and beaches.  Almost all the sandy beaches are on the western side of the island. 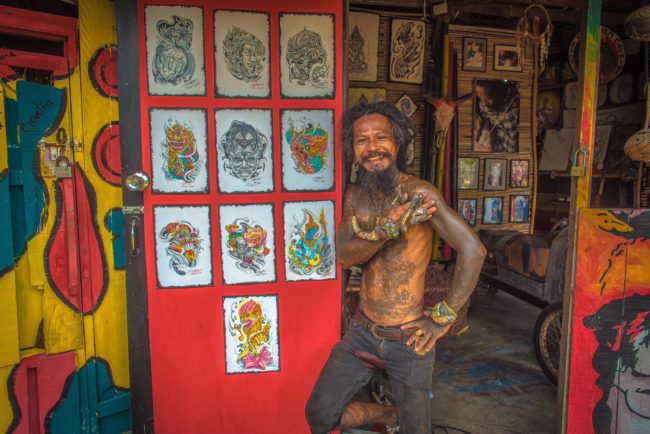 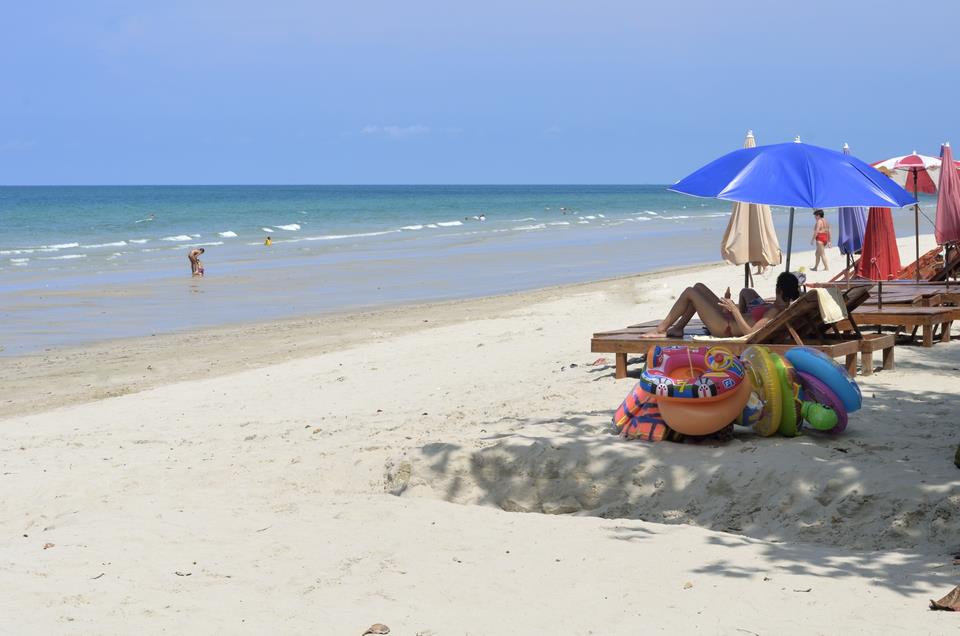 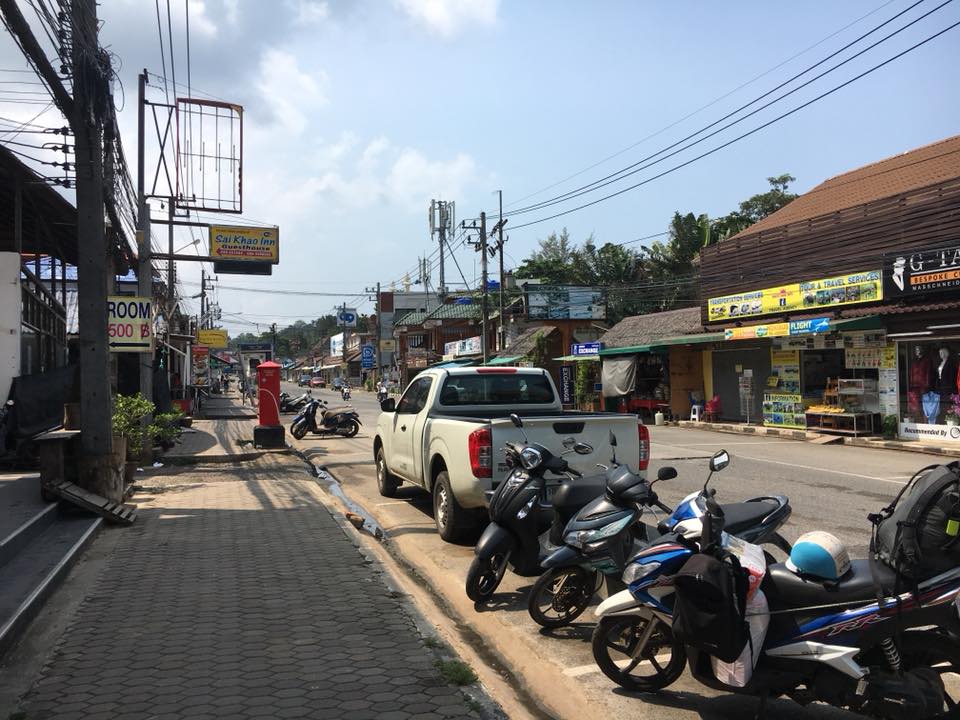 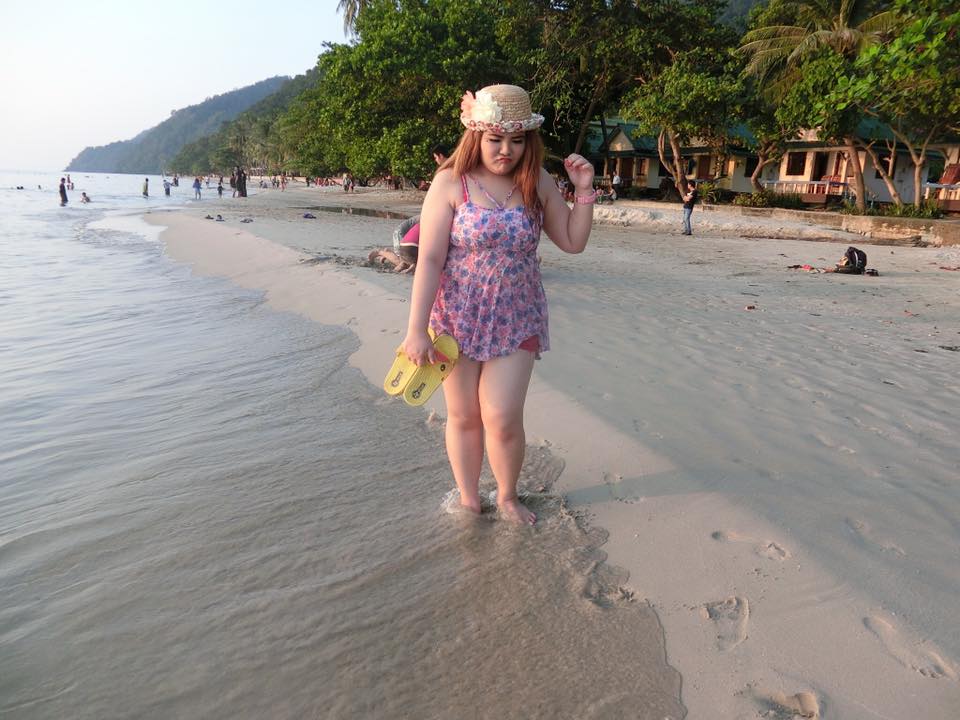