At home, a piece of graffiti in the train station underpass reads: ‘From today there will be no discrimination! From today, everybody is blue! Light blues to the left, dark blues to the right!’

It brought South Africa to mind… 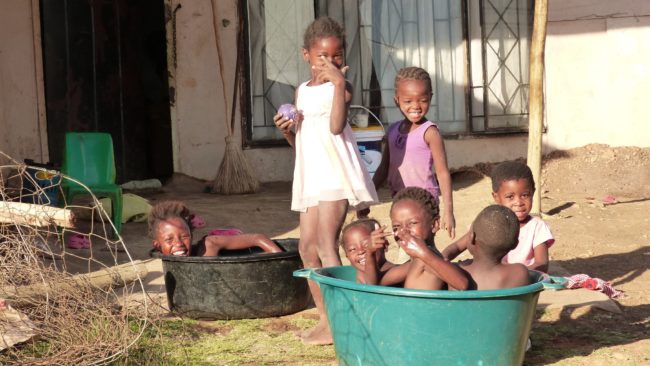 “Our driver was the adventurous type, and before the beginning of our itinerary he offered to show us round the black neighborhood. Now, a large majority of Johannesburg’s population is black, and live in perfectly pleasant houses and apartment complexes, but what he meant by the ‘black neighborhood’ was the illegally built shanty town where a great mass of unemployed people spend their lives. Given the lack of unemployment benefits in South Africa, a lack of work means genuine misery, so it’s no wonder crime rates are so high.

Young people were hanging about in front of shacks made of corrugated metal. It quickly became clear, though, that hairdressers do great business here – we saw several hair salons, and picture this: they put up a beer tent, the sort of thing you find in big supermarkets at the start of summer. It has a plastic chair, a battery and a power adapter, which operates the electric shears. That’s it, the salon is ready. I also saw a cellphone on a camping table set up on the street, which functioned as a phone booth. You can use it to make a call, then transfer the fee to the owner of the phone. A must see! The whole thing was more entertaining than shocking, and I’ve certainly seen much worse and more heartbreaking poverty elsewhere.

After out fellow passengers had been thoroughly horrified, we travelled on to the culture village of Lesedi. This is a sort of folk village, where foreigners are introduced to the varied living arrangements of South Africa’s aboriginal peoples. I usually have a negative opinion on places of this sort, but if you’ve only got nine days or so in South Africa, this is probably the easiest way to get some insight into the country’s history and cultures – even if the whole thing is very commercial in character. (phica, 2019)

1. Cape Town and the area within a 300km radius: If we’re in the city, then breakfast will probably be included in the bill. Given the strong British (and Dutch) influence, you won’t find it wanting: bacon, black pudding, baked beans, egg, toast, muffins… All this is complimented with stuffed rolls made of a lightly toasted bread, which they call burgers. They weren’t to my taste, so I stuck to the regular bread. This is topped with cheese (so much cheese), bacon and fried eggs, and served hot. Heavenly.

South of Cape Town is Boulders Beach. Aside from the penguins, which were an unforgettable experience for us, I’d also recommend a nearby restaurant (the Seaforth) which has weathered many raging storms over the years. True, you’ll spend the whole meal worrying that the wind will tear the roof off the terrace, but in exchange you’ll be served vast, unconquerable portions of delicious seafood. And the prices? Well, in the pictures you can see what I treated myself to, alongside a good-quality South African wine: 1/ fillet of cod with a shrimp sauce and potatoes – 200ml of fruity chardonnay (€20) 2/ seafood platter with crab and a jumbo-sized portion of roast hake, roast squid rings, black mussels and prawns – 200ml of chardonnay (€18). Yes, I know, the first seems both more meagre and more expensive, but cod is a delicious fish, and very filling. The prices include the tip, which is of course included in the final bill. But if you lunch here, you’re guaranteed to skip dinner. It was the most expensive meal of our trip, but in the most magnificent setting, right above the ocean. You have to book well in advance, or you’ll have no chance of getting a table.

We drove from Johannesburg to Cape Town, and I spent our five days on the road either sighing – “God, but it’s beautiful” – or taking pictures (mostly when I wasn’t driving). Hills, plains, barren mountains, and colorful cities alternate, and the spaces are enormous everywhere. The colors, too, are quite incredible: yellows, greens, and oranges abound, the sky is blue, and life is beautiful.
Driving: you have to drive on the left, but it’s not so hard to get used to. I kept telling myself “stay on the left, stay on the left”, and more than once I turned on the wipers when I wanted to indicate, but the initial difficulties were compensated by the fact that I could drive on real, paved roads, not like in Congo, and my fellow road users didn’t habitually drive straight along the white line in the middle of the road(!)” 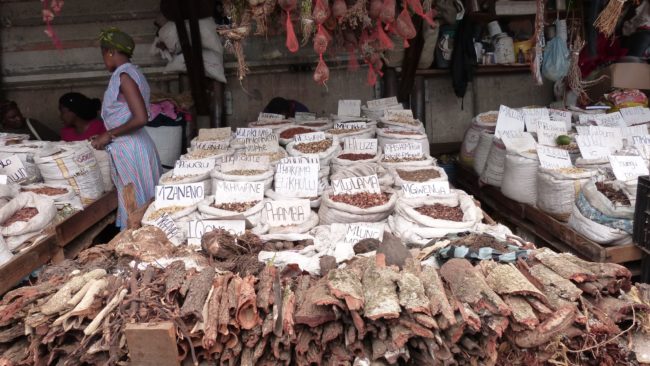 "The public security situation is not good. Tensions between blacks and whites are palpable, and even between different black ethnicities. During our stay, the news was all about black South Africans killing black people from other African countries because locals are losing their jobs to immigrants.
It is worth taking the admonitions of locals or tour guides seriously and taking the necessary precautions. In South Africa, there is often only one street separating a safe(er) neighborhood from a neighborhood you had better not set foot in, even with a local escort. GPS is useful, but can even be life-threatening in this country because it doesn’t avoid slums.

It’s worth keeping in mind that in South Africa you can buy guns, keep them, carry them on the streets (even several at once), and the rules aren’t overly strict. The security guards at the malls are equipped with machine guns. Our host wanted to sell his rifle at the mall, so he just carried it straight in, with no security hassle whatsoever.” (2017) 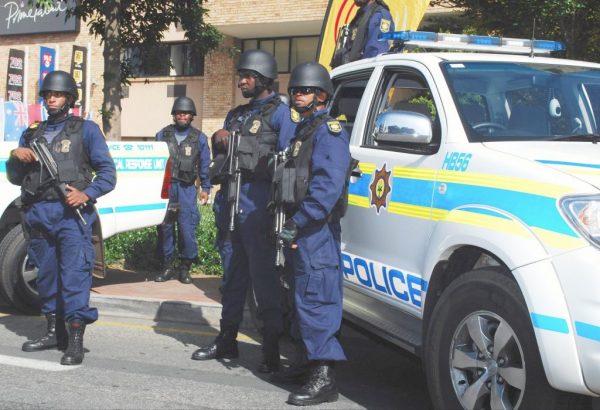 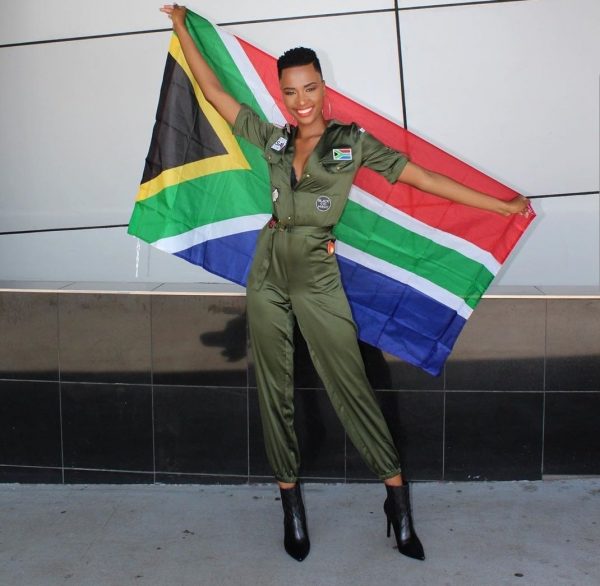 The Republic of South Africa is a vast country in Southern Africa. Its neighbors are Namibia, Botswana, Zimbabwe, Mozambique and Swaziland (Eswatini) to the north and Lesotho, which is wholly surrounded by South Africa. The country has a long coast on the South Atlantic Sea (west and south) and the Indian Ocean (east).

Capital City: Pretoria, but the largest city is Cape Town

Official language: there are 12 official languages so the list would be too long, but what is important for visitors is that English is understood in most urban areas and is the dominant language in government, media and in tourist information.

Since the 2010 football Word Cup in South Africa, most of the world knows what the vuvuzela is. Clearly, the world is a better place now that we all know what the most terrible sound ever is when watching a sporting event.

There are no vaccination requirements to enter the country but some vaccines are recommended. Hygiene is far better than the African average.

Public safety is problematic in South Africa and is a legitimate concern for visitors. It is really a pity because otherwise, South Africa is one of the best travel destinations for natural attractions. Travelers can minimize risks by being extra cautious and sticking to a few critical security rules. A simple theft is trivial compared to being (painfully, and possibly fatally) mugged.

In South Africa, if you want to wash your hands, you often get to choose whether to freeze them or scald them. Mixer taps were invented around 1880 but South Africa apparently didn’t get the memo.

Optimal timing for a tourist visit: March-May or August-October

A Nobel street: South Africa is the only country in the world to have two Nobel Peace Prize winners whose homes were on the same street. Both Nelson Mandela and Archbishop Desmond Tutu used to live in Vilakazi Street, in Soweto. 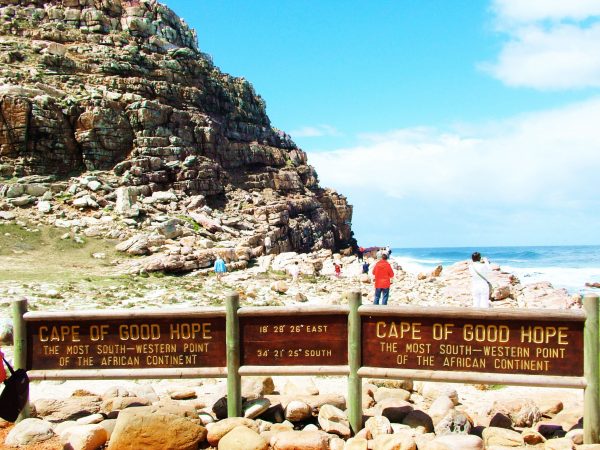 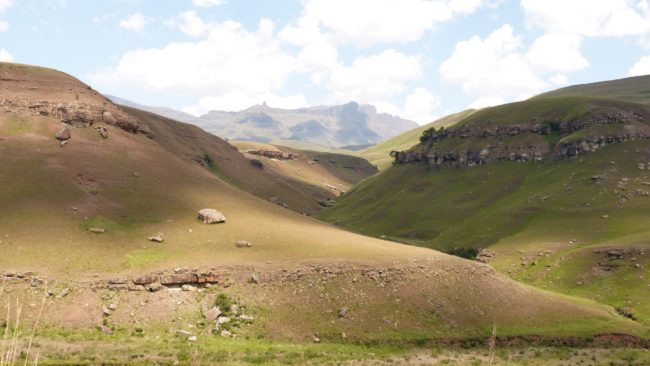 "When to travel to South Africa?
Between September and May, the climate is basically always pleasant. We arrived in January, so we experienced the African summer (and showers and storms). Then we enjoyed a very pleasant, dry autumn. We left South Africa in June, so we got a taste of the winter as well.
September, October, and November correspond to SPRING in Europe, with lots of rain and the awakening of nature.
SUMMER runs from December to February, and there is a long school break for kids around Christmas.
AUTUMN (March-May) is dry and pleasantly warm.
It’s winter there during the European summer, and quite cold in some parts of South Africa. In the area around Joburg, the thermometer can go below 0 degrees celsius at night, but it can be as high as 20 during the day. On the last weekend of May, we were still sweating in T-shirts and shorts, and then, on June 1, winter arrived with a very cold morning and night.
Yes, they also wear hats, scarves, big sweaters, boots, and winter coats in Africa. Given this, it’s strange that there’s no heating at all in the houses and flats, and the windows are all single glazed. Generally, petrol radiators and gas cylinder stoves are used for localized heating. 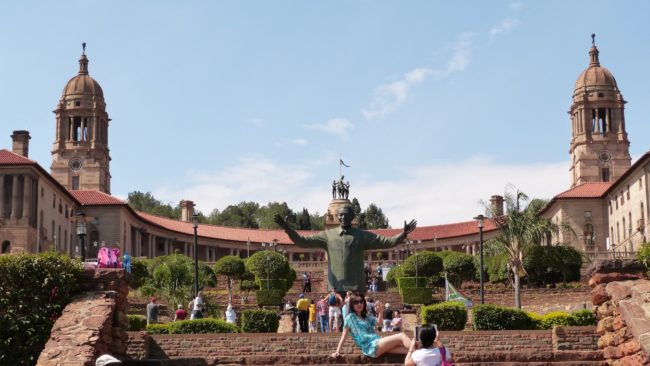 1. Many South Africans feel very negative about illegal immigrants from other African countries.

2. Most of the foreign tourists are surprised to see how strong is the black middle class.

"Millions of people in post-apartheid South Africa, mostly black, continue to live in poverty. In the past, poor white people were rare. Today, most of the beggars are white. Many attribute this to the impact of the apartheid system, but there are more and more people who believe that the bad financial and fiscal policies of the current government are the real cause. The difference between rich and poor is huge. Not only whites but a good portion of blacks also believe they lived better under apartheid.

Skilled and educated white workers have left the country in large numbers (especially after most European companies, such as Ferrari, relocated) because public safety is not good. The majority black population is increasingly penalizing the white population. The previous situation has reversed, and a number of ‘anti-white’ measures have been taken. Here are one or two:

Above a certain size, all businesses are required to take a black partner into the company and give him or her a 51% stake. There is also a regulation governing how many black people you have to hire for each white person (the ratio is somewhere between 100 and one…)

The situation is very bad. Whites believe that blacks have taken their country (i.e., South Africa) from them. And blacks believe whites took South Africa from them…

On the other hand, the black-on-black strife is much worse than the problems between blacks and whites, as South African blacks want to stay ahead of the many immigrant workers, including Zimbabweans and other black newcomers who work better, because they are more skilled, and for much lower pay.” (2018)

1. They speak loudly and gesture a lot. 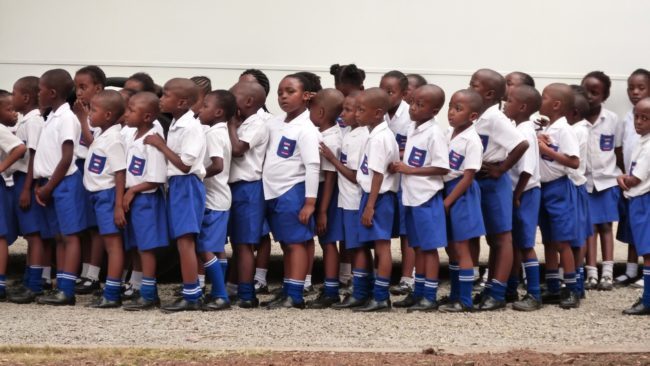 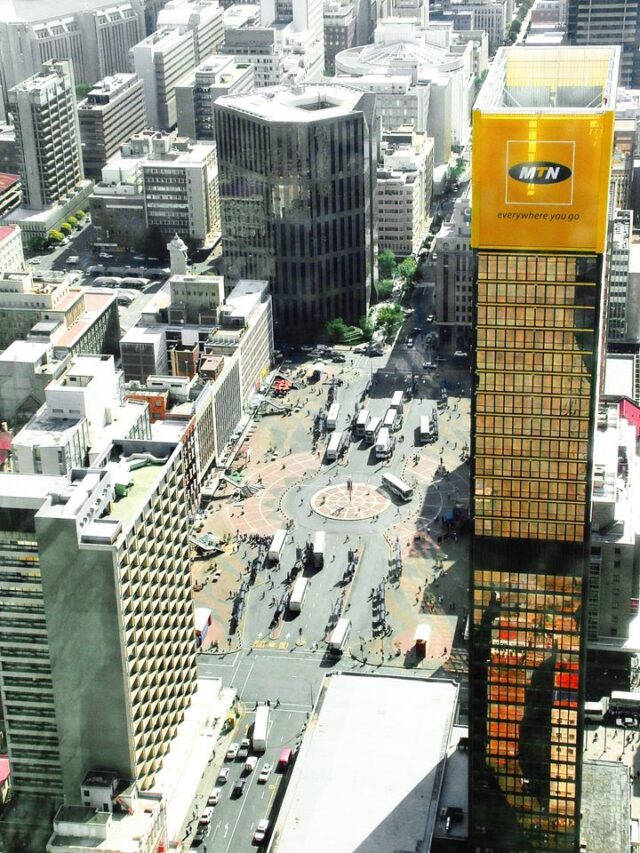 Johannesburg - from above - Elter photo