1.Victoria Falls: stupendous, magnificent! - I liked it more than the Iguassu.

3. Despite the wasted last three decades, the roads, some tourism  infrastructure is still in good shape

5. the extraordinary granite formations of the Matobo Hills

6. the pleasant climate of Harare as sitting on a high plateau

1. Being angry with the late dictator, the insane Mugabe who ruined this country of fantastic potentials

2. The entry fees of the national parks are unashamedly expensive.

3. The aggressive harassment by the salesmen, street vendors - there are few tourists, so they are victims of concentrated pressure

4. Crazy inflation - a confusive problem for the tourists as well

5. The frequent road controls by the police were positive for our sense of security but got burdensome after a while

6. The wildlife scene is much better in South Africa, Botswana, Kenya and Tanzania

7. The receipt of a lousy culinary culture: mixing English food with African ones

8. I beg the pardon of the Shona people, but the local sadza (a thickened porridge) made me sick-feeling

“Nowhere in the world have I seen a sunset as red as in Zimbabwe. For the first time we were driving across flat, open country, with a few solitary trees rising out of the high, dry, golden grass, and the light of the setting sun shone as crimson rays through the vegetation. We stopped the car and got out, and as I turned around on that flat savannah, I saw the red and orange light fill the western sky, while to the east it was still a deep blue. This was where I first saw the Southern Cross, that constellation of the southern sky, which always points in a particular direction. Somehow it seemed that there were many more stars here than in our northern sky.” 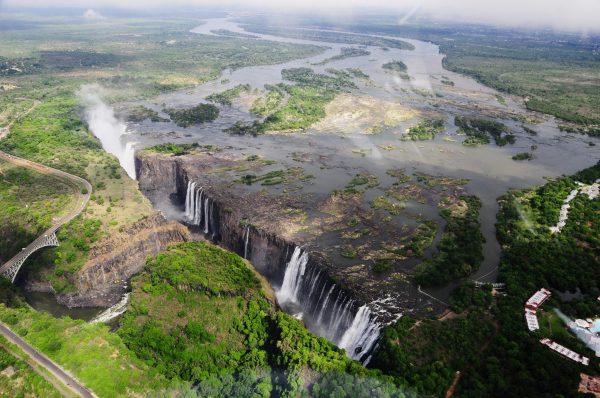 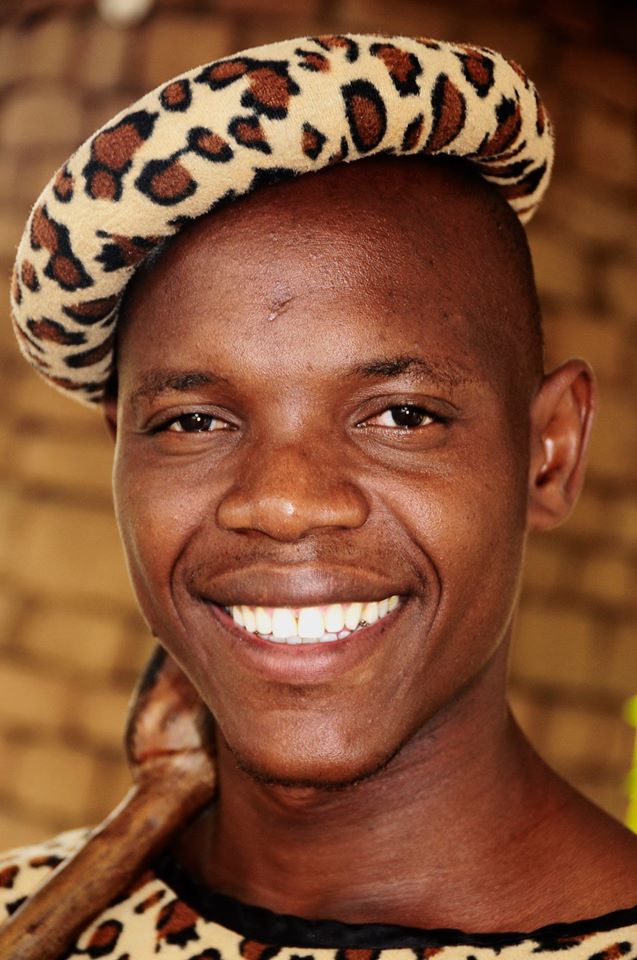 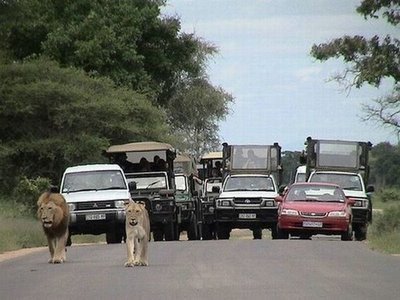 ,, The country is safer for a European tourist than for a Zimbabwean. Europeans last got caught up in the crossfire about 20 years ago. The army and the police will probably leave you alone thinking you work for the BBC… Don’t get caught up in coup though.." 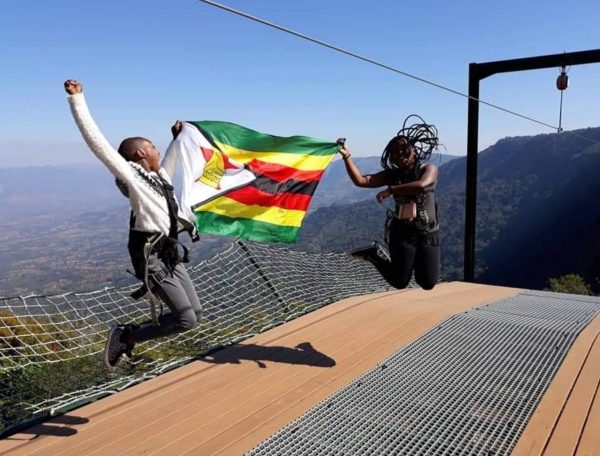 Languages: English is the language of administration and business, while about 70% of the population speak Shona, about 20% Ndebele.

The country - a British colony - gained independence in 1965 but was ruled by a white minority government until 1980, when the Black majority has overtaken the rule and changed its name for Zimbabwe. 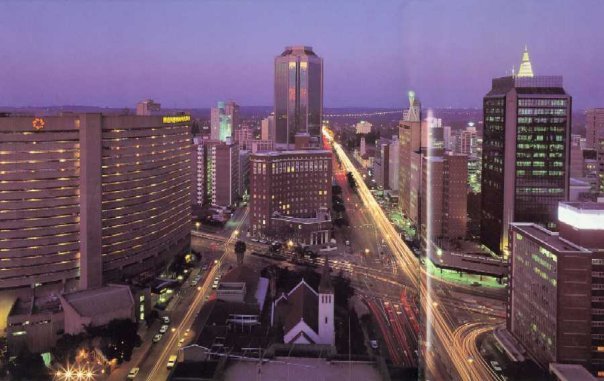 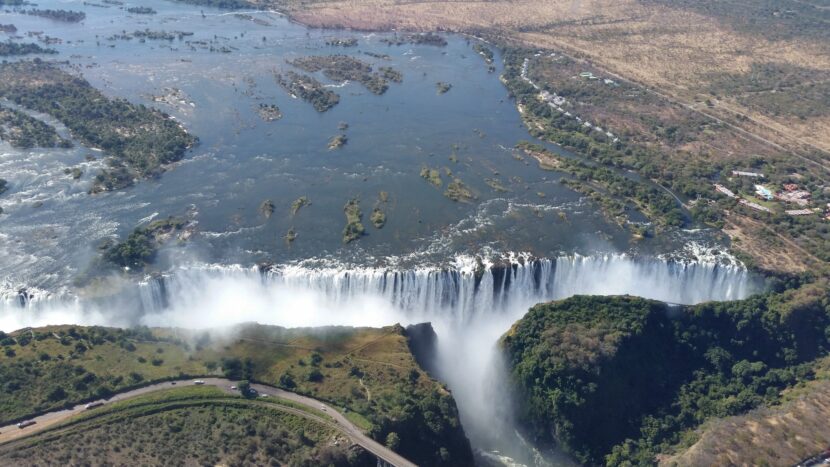 Zimbabwe - view of the Victoria Falls from a helicopter - l.c. photo 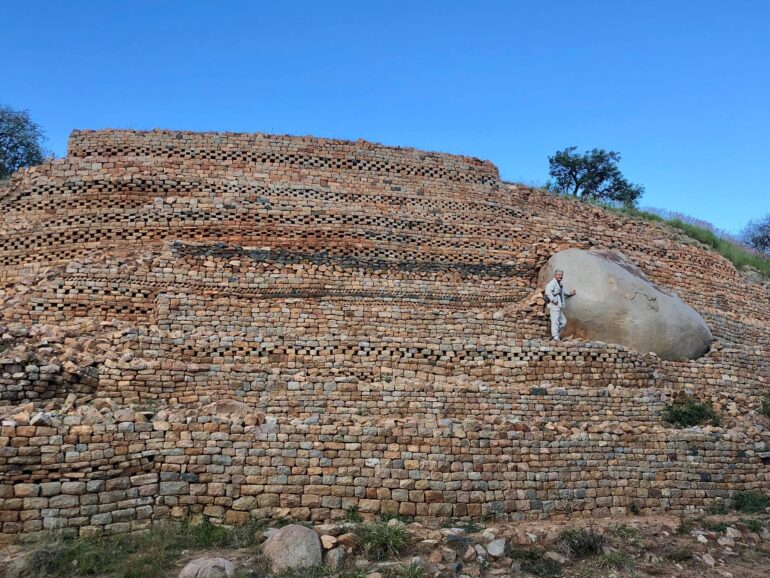 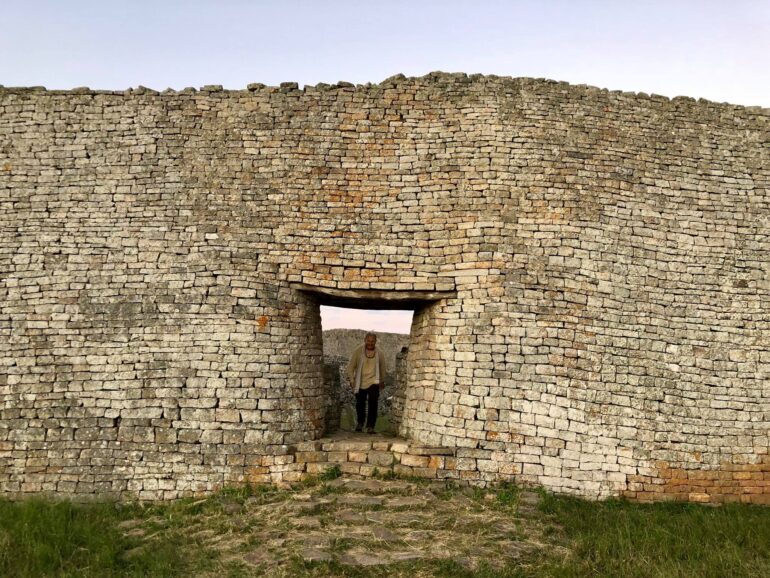 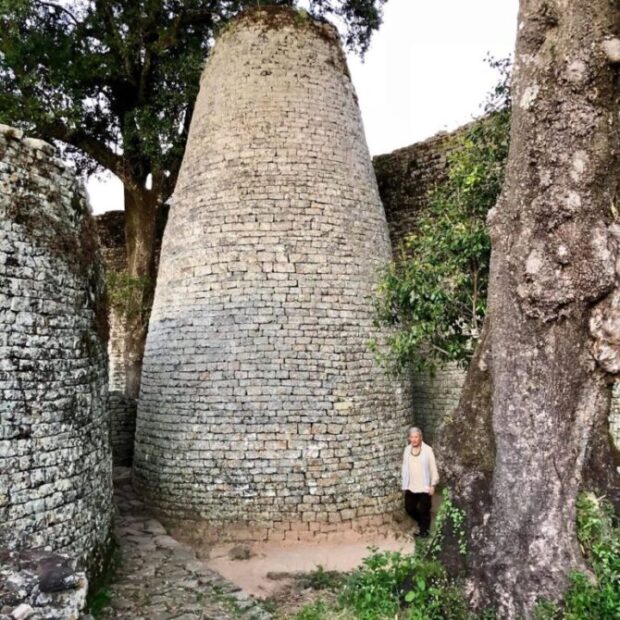