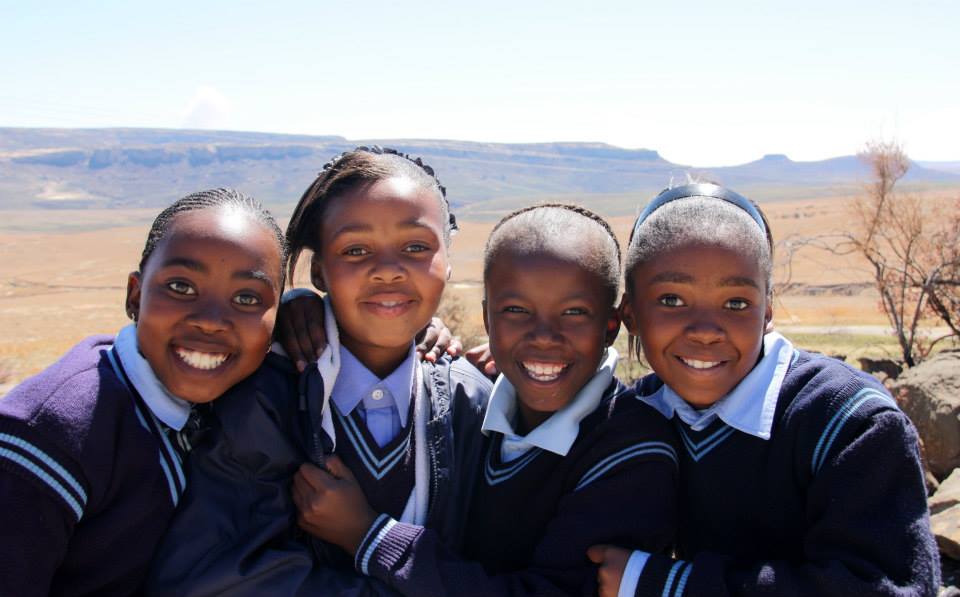 1. Locals actively cultivate the folklore, and not as a tourism show, but for own pleasure

3. To experience the devotion, respect of the locals to the kingdom and the royal family

4. The bustling Swazi Market, the central market of Mbabane (the capital) in the riverside center

6. Mbabane has a charming location on a plateau

7. Locals are friendly with the foreign tourists

8. Far safer than South Africa (what an easement)

9. Public roads are far better than in Mozambique

1. Having a negative feeling about the hypocrisy of the king: He has 15 wives while telling his subjects that promiscuity is wrong.

2. The grievous pregustation of the offered beer cooked on the spot by the market ladies

3. I did not like most of the local meals (e.g., meat soup, corn porridge), luckily I could get edible corn on the cob.

4. To hear from our guide that almost half of the population is HIV/AIDS infected.

5. Struggle with the left-hand driving (gave up quickly)

“The scenery in Swaziland is wonderful. Tropical plants can be seen everywhere, as though in a painting, and the climate is pleasant and warm. If you’re in South Africa and you have the time, make a trip to Mbabane for two days, though you’ll need to arrange a visa well in advance.

The capital, Mbabane is really at the edge of the world. Early medieval conditions stand side-by-side with the achievements of the modern world. Part of the population live in mud huts or huts built from palm leaves, sleep on rammed earth, and largely subsist on what food they can find. Of course, there are also people who live in luxurious villas and have fun in the royal casino in the evenings. Because that's the way it is in Mbabane.

A wicker hut stands in the capital's main square. This building is highly valued. Why? Because it is inhabited by none other than the witch doctor. The population seriously believes that certain citizens have superhuman strength and therefore value the witch doctor.

The miracle figure stores powders of different colors in jars and uses them to heal people. Most people do not collect medicines available in pharmacies when they are sick, but turn to this witch doctor. Headache is associated with the blue powder, nausea with the red, and joint pain with the yellow…

Shields also have magical powers in Swaziland. Anyone who matters has a shield. Of course, the truly beautiful ones, adorned with feather ornaments, go to the princes, and the most magnificent of all goes to the king.

The king is still young and celebrated his 49th birthday in 2017. At the biggest event of the year, the Reed Dance, the king lays down his shield in front of one of the hundreds of virgins lined up, and this girl wins the right to spend the night with him. It is a great thing to please the king, and she may even become his wife, and live in luxurious splendor all her life. Of course, she will have to endure the other wives as well: in 2017 there were no fewer than 15 women in his household.

Anyone not pretty enough can at most hope that a cow will be given for her. A cow for a cow, that’s what men in Swaziland think, at least in the middle class. It’s hard to process this fact, and these medieval methods, while I could see fantastically modern TVs being sold in the technical department of a department store in Mbabane. The boutiques are full of Versace products. Who buys it? Very odd…

The people of Mbabane, who are very dark black, live off agriculture. They grow fruit, including some very big and beautiful varieties. I have never seen an avocado as big as in Swaziland – three or four of the ones we buy at home would fit into it. Many also produce folk art. They craft beautifully carved wooden sculptures, and they also make wonderful works out of soapstone. They aren’t expensive, so it's worth bringing some home as a keepsake. I bought one too.” (2017)

“If you’re renting a car in South Africa, you’ll need to get a border crossing permit when you pick the car up. It takes about 20-30 minutes to cross the border.
Everyone thinks public safety is much better than in South Africa.
There are beautiful mountains and national parks, plus a real African atmosphere everywhere.
You can find stylish accommodation, restaurants, and shopping malls, which are all cheaper than South Africa.” (2020, Bono) 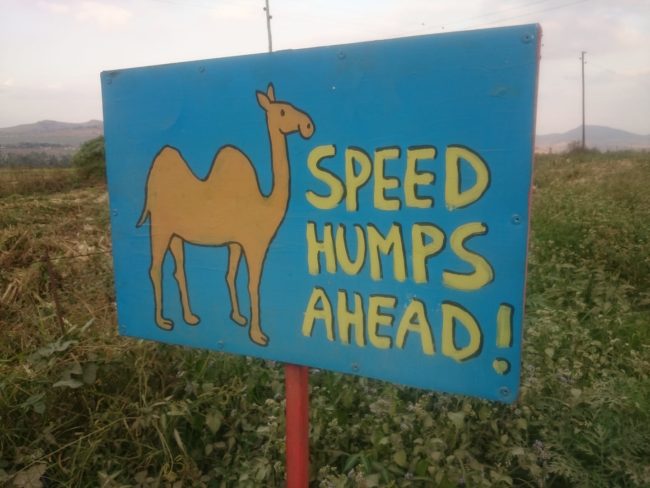 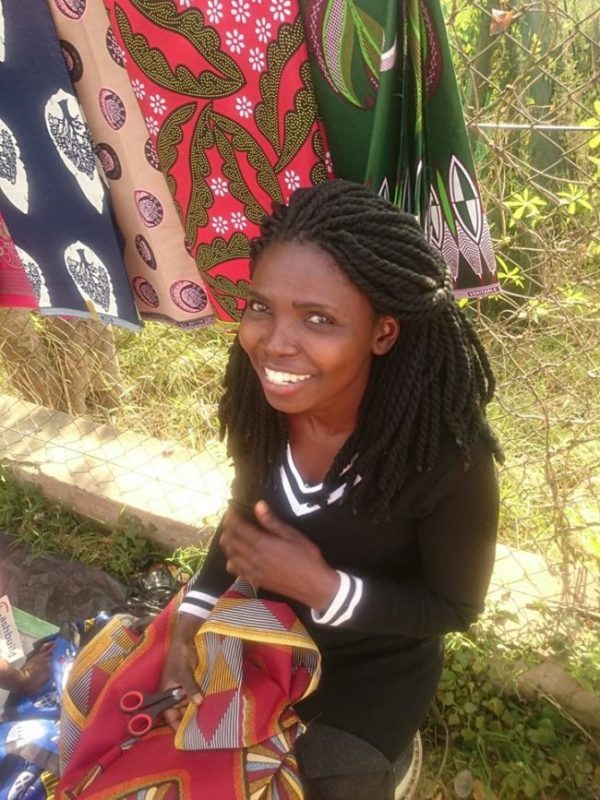 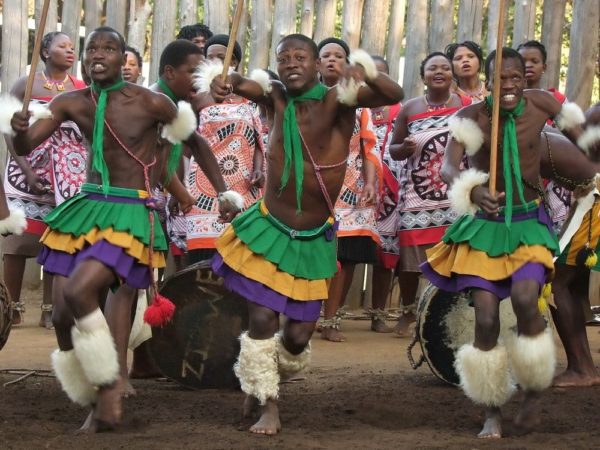 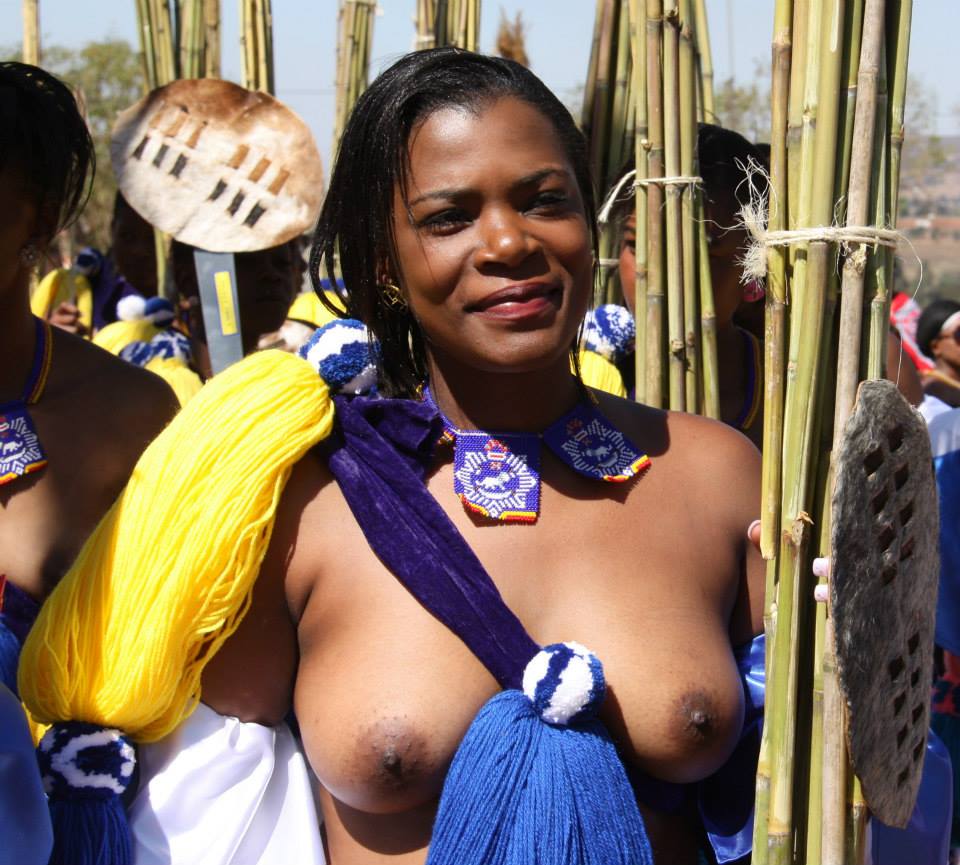 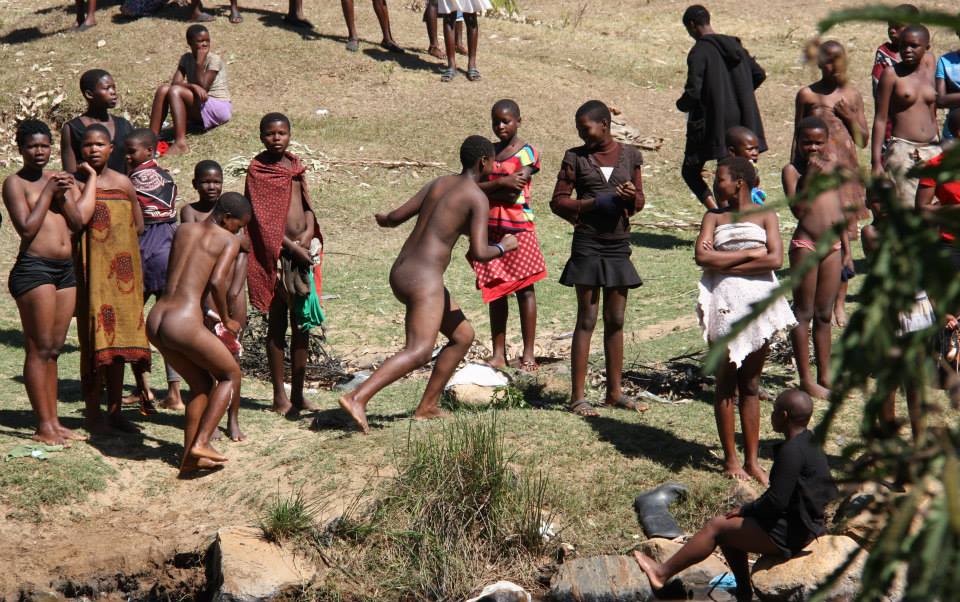 Swaziland - Brides of the King of Swaziland take their morning bath - y.m. photo 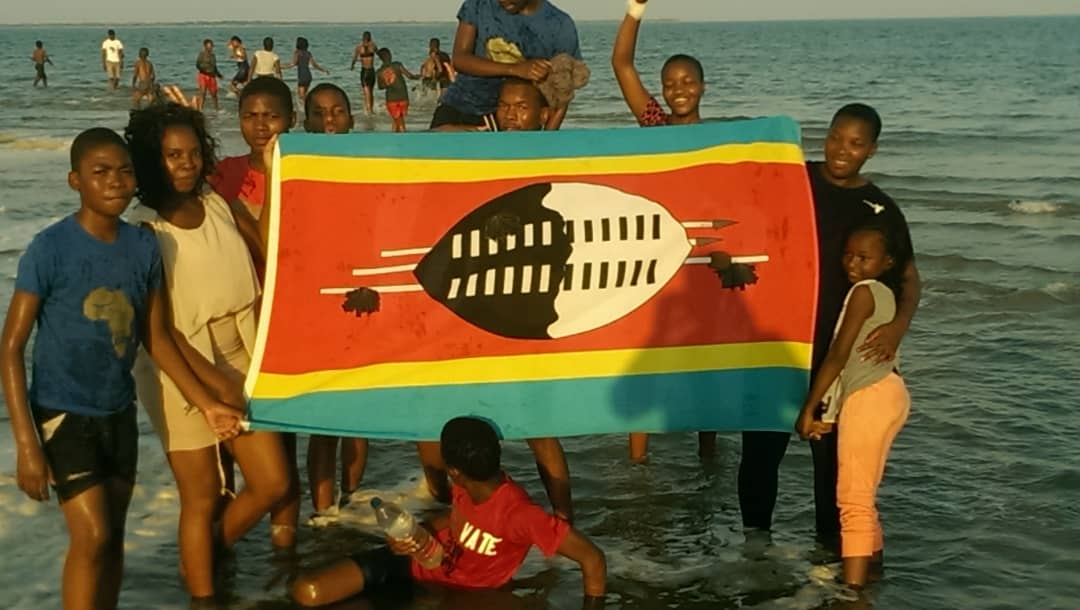 Languages: Swazi and English are the official languages

Swaziland was a British protectorate and became independent in 1968. 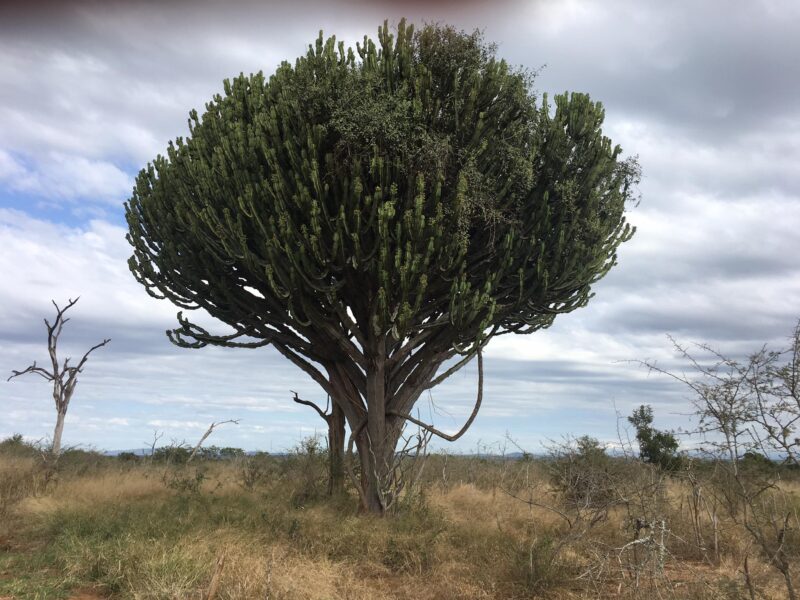 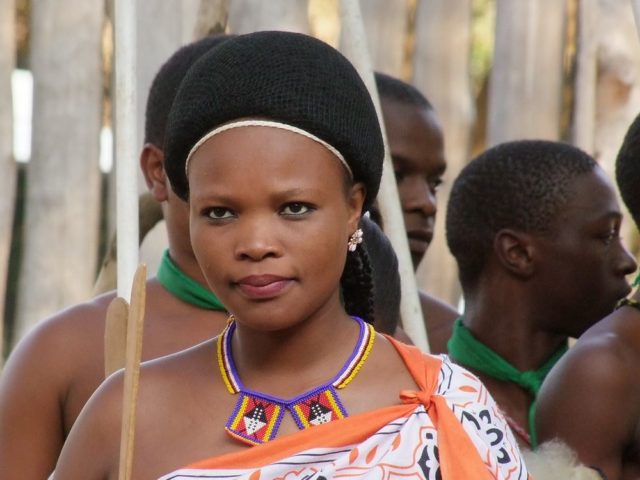 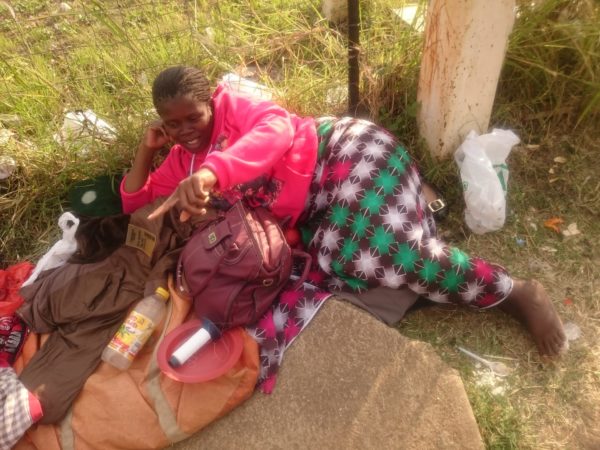 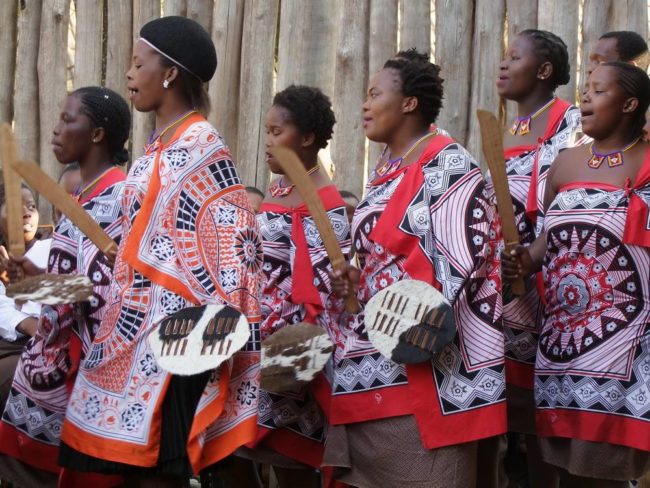 The Swazi cultural village is more or less exactly what the name suggests. Marketable heritage in the Swazi style. Fortunately they’re more proficient at dancing than they are at ripping off tourists, but some are already travelling to Europe to learn that skill. In any case, they’re wonderful people, though by the end we’d learned more about their culture than any tourist could possibly care to know. One thing we learned is that in the evening they don’t just sleep on the floor of their huts like their ancestors, but put on a freshly ironed pair of jeans, take the bus home and go out to party. Or at least the pink wristwatch and painted nails both supported this theory. Also, the occupation of Swazi dancer is evidently not one in which the absence of one or more front teeth is viewed as any sort of impediment. My suspicion that this might in fact be some sort of confirmation ceremony was not confirmed by a Google search. Interestingly, back in the days before wristwatches and painted nails, the price of a marriage was seventeen cows. A cow is now around 2000 rand (€200) so it’s easy to calculate how much the bride was. Perhaps the cowherds got the better end of the bargain.