1.   The mixed-race mulattos (descendants of Portuguese colonial settlers and locals) have lovely coffee-colored skin. Both them and the blacks are mostly elegant in their appearance and have beautiful facial features.

2.   I very much enjoyed the Maputo fish market (my fellow travelers did not share the feeling)

3.   Wood carvings from the north of the country – they are far more imaginative and original than this kind of souvenirs elsewhere in Africa

4.   I had the best curry prawn in my life in Maputo as a houseguest

5.   The almost empty Tofo Beach in Inhambane province (looks like Goa but without the crowd)

6.   Locals are far friendlier to tourists than anywhere else in Africa – the kids love playing with them

8.   The colorful, skirt-like covers on the women – each one seems to be one-of-a-kind

9.   The women carrying all kind of things on their head without holding them with their hands (bona fide jugglers) 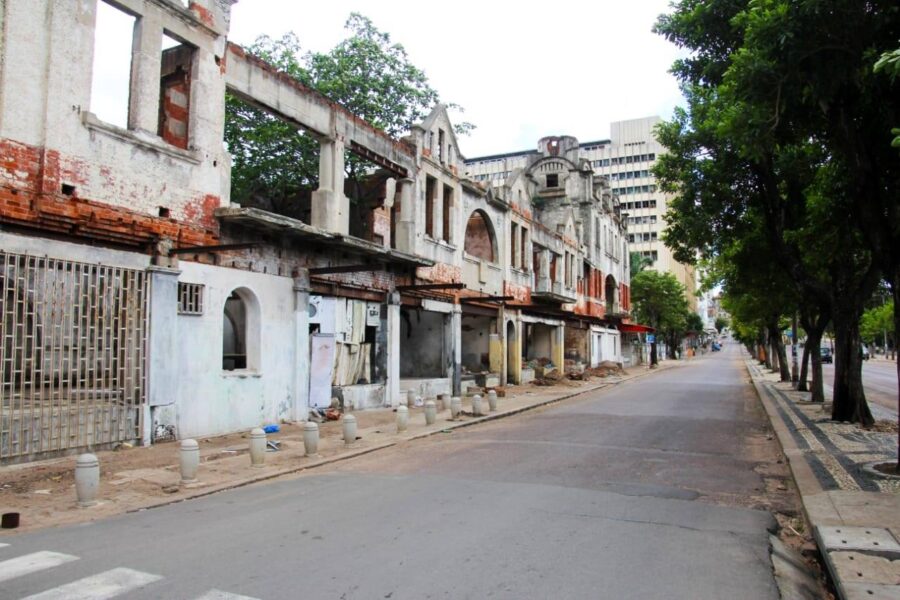 1.   Worrying about the possible side effects of my malaria pills

2.   The public roads are in terrible condition (pot-holes, slippery traces of tires in the sand) – we had to spend way too much time on transfers

3.   A lot of slums in Maputo, the whole country is impoverished

5.   It was impossible to swim in the ocean because of the huge waves on the beaches as there is no protected bay area

7. When entering Mozambique on land, a lot of people (including officials) tried to bully us into paying for services we hadn’t asked for

8. The terrible driving habits and frequent traffic jams in Maputo

“Mozambique was my surprise favorite. I imagined it would be similar to Botswana, but it absolutely isn’t. It’s much more colorful, and fuller of life. I suppose the people in Botswana may have been even friendlier, and perhaps with more attractive features too, but there was just so much more of interest in Mozambique. The only thing is, all the animals we saw there looked in pretty bad shape.

Diverse, vibrant, full of life, and a country with a unique character
I love the way the women wear colorful skirts (or a toga-like cloth, at least – I don’t know the proper name) I never saw two alike
Everyone, especially the women, carries everything on their heads, without having to hold it – like jugglers 😊
The baby carriage hasn’t reached Mozambique yet – babies ride on their mothers’ backs in another brightly colored scarf, and gaze at you with big eyes
The authentic, circular huts made in some areas of woven reeds (I think) on a brick base, and with palm leaves for a roof. Many are built in the shade of palm trees.
Palm forests stretching hundreds of kilometers
Gorgeous coastlines
The beaches are almost deserted, many times we were entirely alone on the beach, with not another soul as far as the eye could see (a rare experience nowadays)
Very few tourists
Very pleasant in November, and the ocean is around 26-28°C
A boat safari to Bazaruto island – the place is a marvel!
Kids waved to us in the street
Most people travel on the back of pick-up trucks – a very communal way to get around!
Good-quality main roads (built by the Chinese)
Cheap street food – mangos only cost a few cents
I was charmed by the freedom which poverty brings: barefoot children, sometimes riding donkeys, not hurrying anywhere. If they do need to get somewhere fast, they hop on the back of a pickup, and the threads of their clothes flutter from the backboard

Deep poverty
It’s expensive or difficult to get there
Hardly anyone speaks English
The Mozambique border was one of the worst experiences of the trip (everyone wanted money for their unsolicited ‘assistance’)
Driving standards (a serious and mortal danger!!!)
Traffic jams on main roads
Unsigned roads, and police at every corner, who (apparently) hand out hefty fines
We had no safety problems, but were always aware that as white people we were very conspicuous, and anything could happen
Trash everywhere
Almost no street lighting (but for precisely that reason the moonlight on the ocean was breathtaking)
Everyone wanted to sell us something
Poor quality sideroads (many totally unpaved) where you have to drive very slowly
One gas station attendant tried to scam us (gas is usually cheaper in Mozambique than at home)
The whole country is covered in bright red signs for Vodacom (the local Vodafone) – they’re probably investing a lot in the country
The run-down city housing

Many seem only to think of their own micro-environment, and live from day to day. If they get a bag of sugar they sit outside their house trying to sell it, to have a little money for the day, but hardly anyone thinks beyond that.
(N.L., 2018) 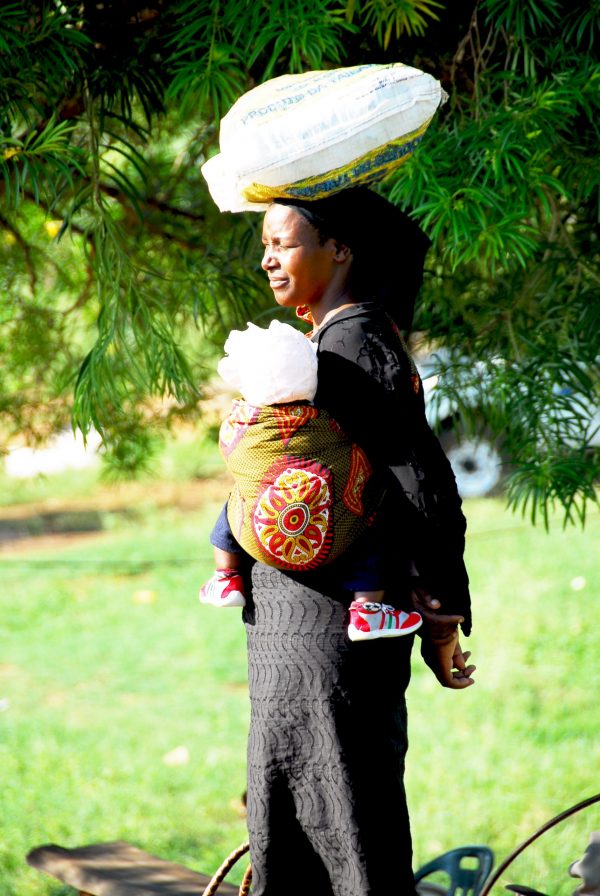 Many traffic accidents happen because of the poor condition of public roads and cars. Mozambicans do not follow traffic rules and regulations. In the evening, do not walk, not even in the capital. Traffic cops often expect bribes from drivers. It is forbidden to drive on the beach.

Buses, trains mostly do not run according to schedule; buses only depart when they are full of passengers. The waiting time can be from 5 minutes to 5 hours. 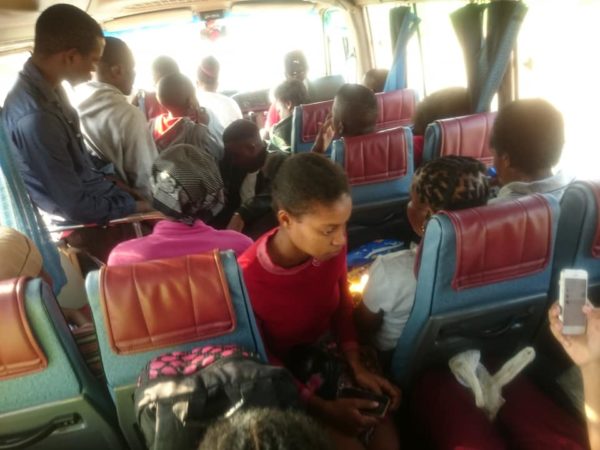 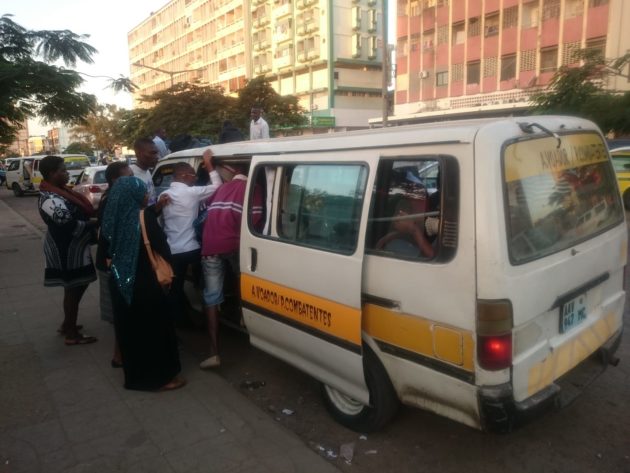 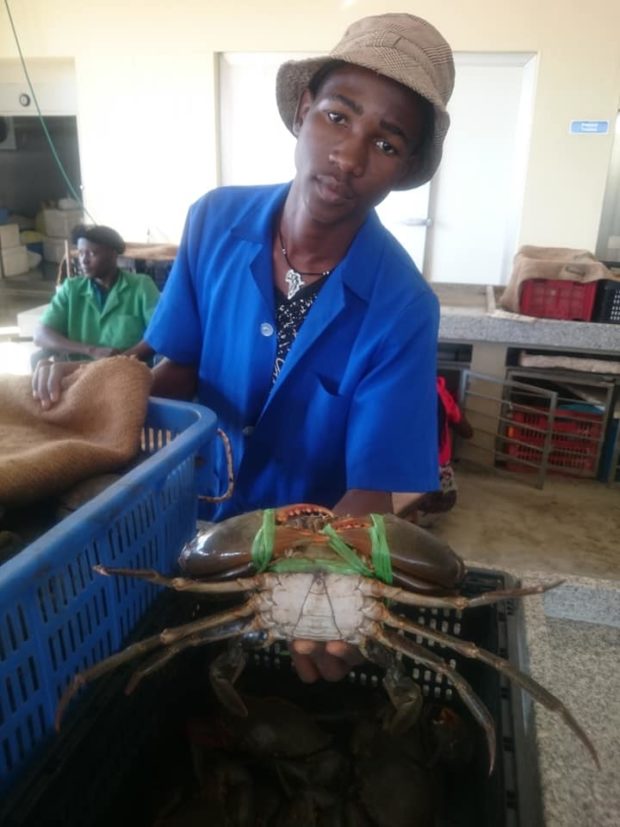 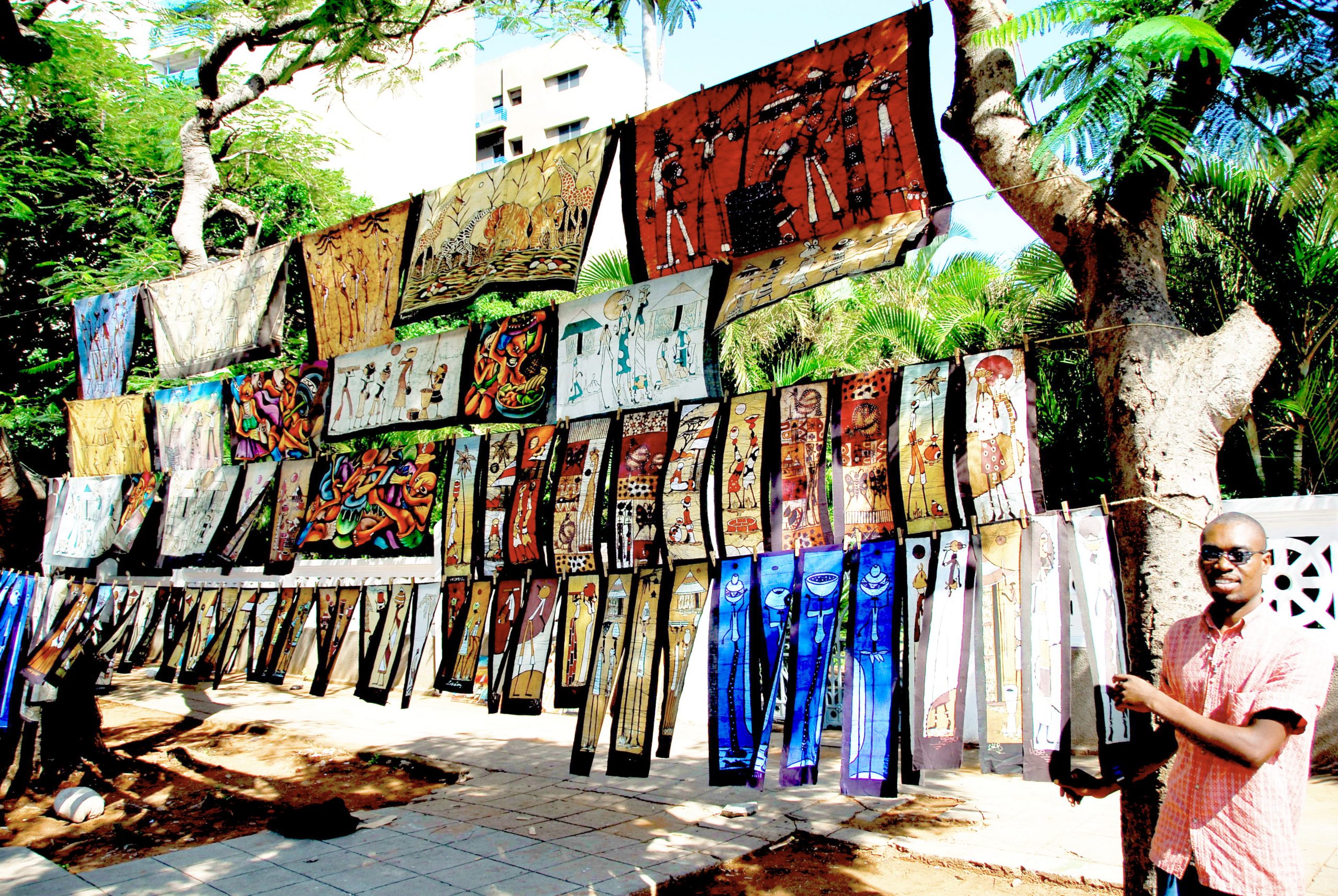 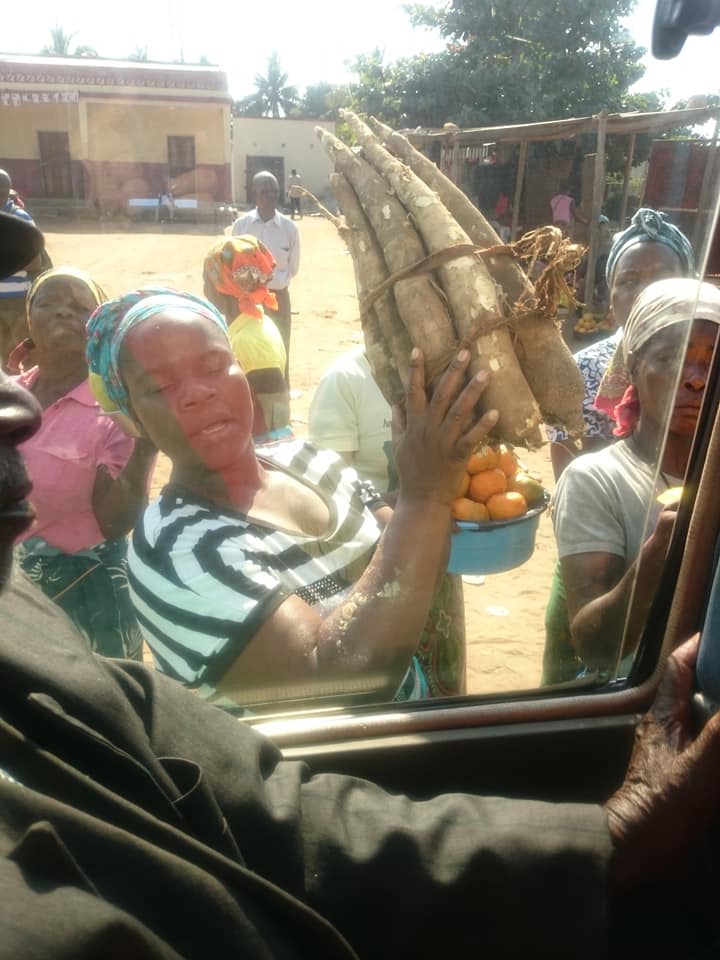 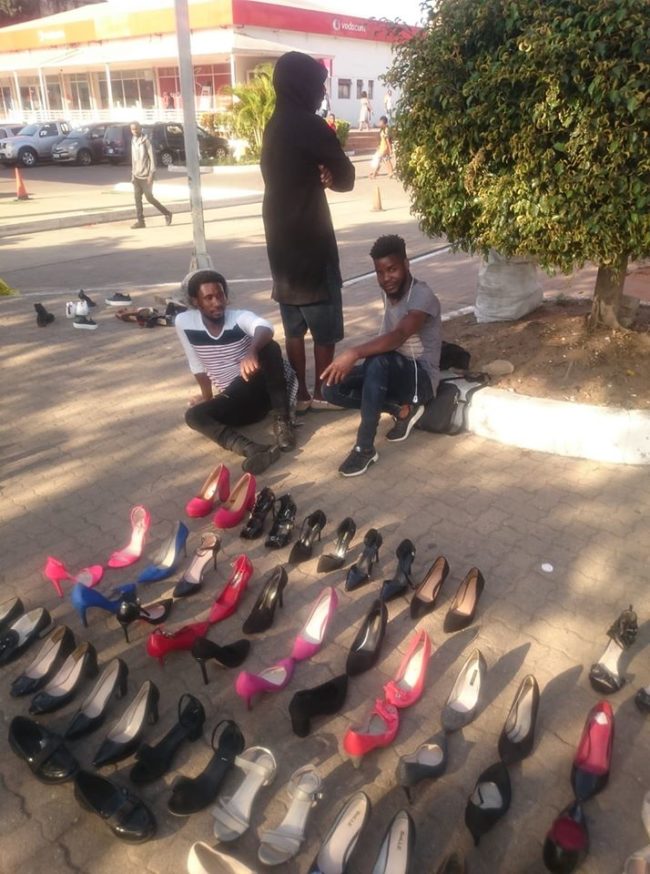 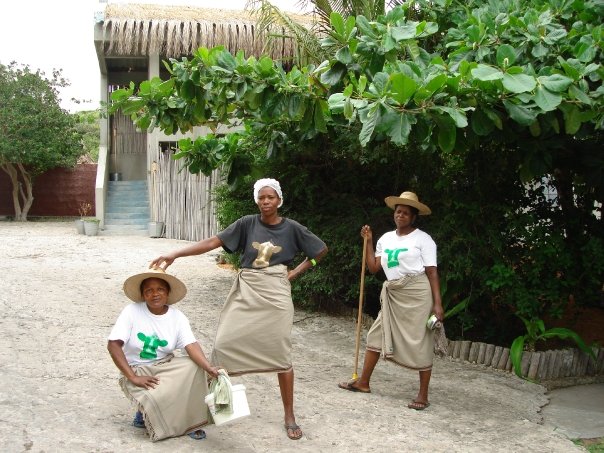 Tourists visiting Mozambique very seldom become a victim of any crime. However, avoid the Cabo Delgado Province, where locals were victims of armed robberies.

Police control of beaches and islands is weak; therefore, theft of passports and other valuables of foreign tourists sporadically occurred.

The city of Beira is safe, but a tropical cyclone in March 2019 caused too much destruction.

Drink only bottled or boiled drinking water and avoid drinks with ice cubes.

It is claimed that at least half of the local women are infected with HIV. 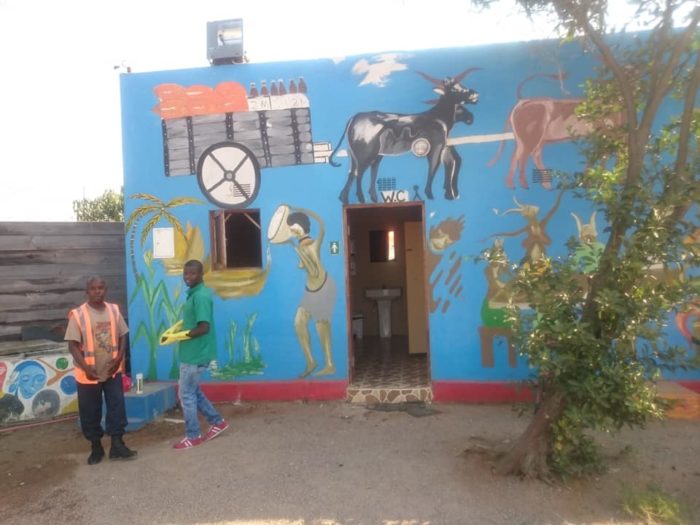 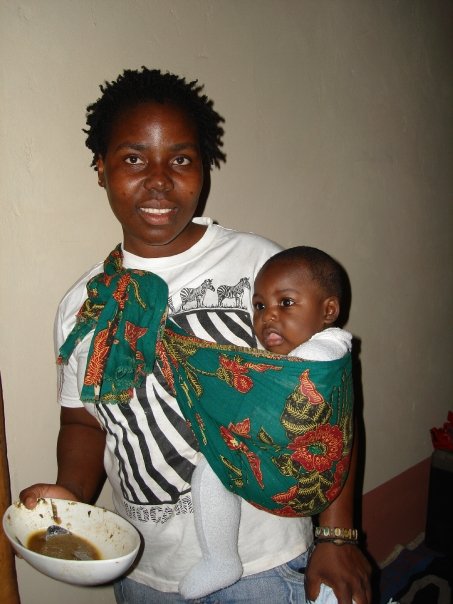 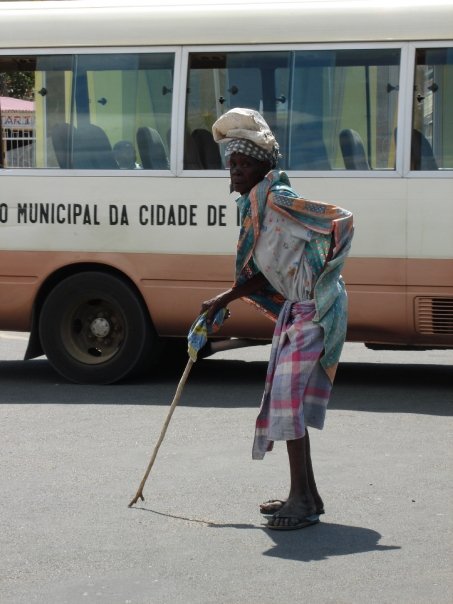 Mozambique - national flag - after stabbing with the bayonet, a bit of agricultural activity and finally a good reading

Mozambique was a Portuguese colony and gained independence in 1975. Two years later, the country descended into an intense, bloody civil war (between a pro-Soviet regime and anti-Marxist guerillas), which lasted until 1992.

Mozambique has the only national flag in the world with a modern weapon on it. It shows a Russian-made Kalashnikov AK47 with a bayonet attached crossed with a hoe, and a book (a vestige from the pro-Soviet era).

An average woman in Mozambique has six children in her lifetime.

Polygamy is widely accepted (among non-Muslims too) in Mozambique, although not legalized by law. About 33% of married women are thought to be in polygamous marriages.

Some surveys indicate that around half of Mozambican women have already been victims of domestic abuse, violence.

Mozambican women are expected to cover their thighs, as these are considered to be intimate parts of the body.

Languages: Portuguese is the only official language, but about 40 native languages are spoken, especially in the countryside.

Religions: 50% Animist, 30% Christian, 20% Muslim – Many Christians mix Christian religious practices with some animist ones (especially those linked to believing that their ancestors’ spirits can affect their lives).

The bloody adversaries of the 1977-1992 civil war, the ruling Frelimo party and the opposition Renamo (the former rebels) are not killing each other anymore, but continuously create political tensions within the formal frames of democracy. Widespread corruption is an important issue.

Strangely enough, Mozambique is a member of the Commonwealth, although it has never have been part of the British Empire.

Mozambique is the 7th poorest county of the world (Liberia is the number one). Around 40% of the population lives below the poverty line.

Mozambique is a reasonably safe tourist destination, apart from Cabo Delgado province. Petty thefts do happen though, and travelers should expect poor hygiene and medical services.

At least 12% of the adult population is HIV/AIDS infected.

When to visit? April-May, September-October

Mozambique has splendid beaches (e.g. Islands of the Quirimbas, Inhambane Tofo and the Barra Peninsula, the Bazaruto Islands, Vilanculos).

Mozambique has some of the best coral reefs in the world, above all those along the Bazaruto Archipelago. Over 1,200 species of fish live off the coast of the country.

Tourists should not expect cheap services because the country is poor. As a matter of fact, hotels, restaurants, and organized tours are rather expensive.

The period of tropical cyclones usually lasts from November to April and can threaten Mozambique’s central and northern coastal areas. Please find out about the current situation of the cyclones and the possible danger before traveling. 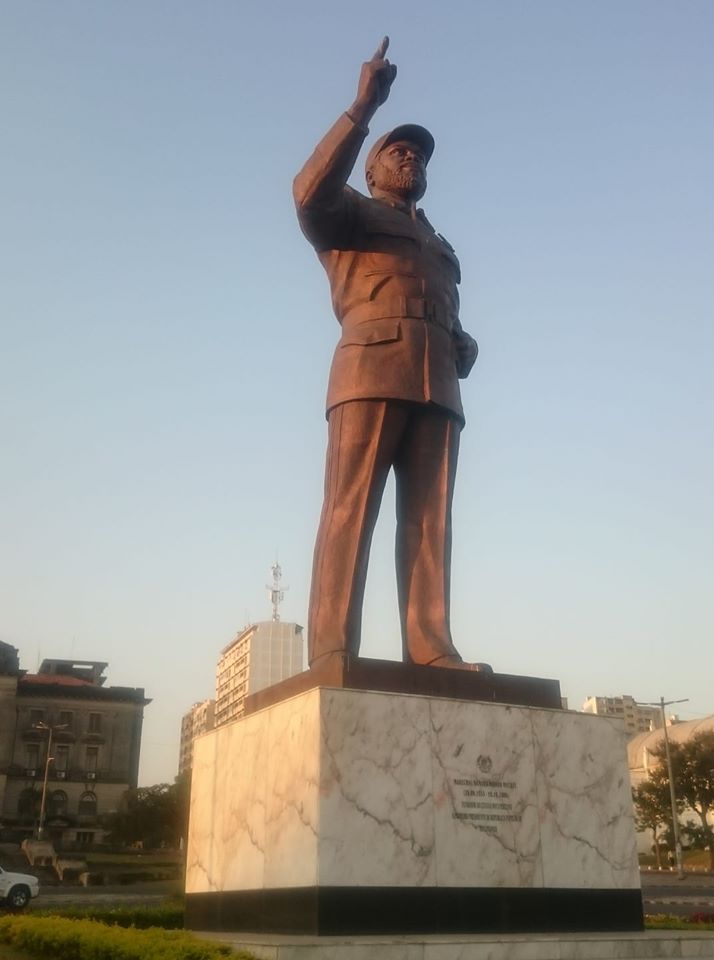 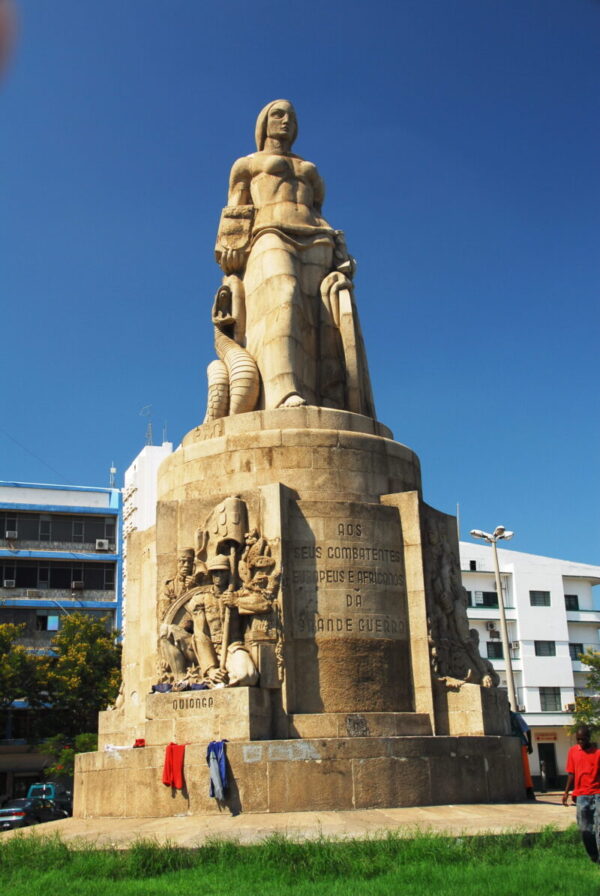 Within the country, the society in the north and the south is pretty different. The tribes living north of Zambezi are semi-nomads, migrate annually in the hope of finding better soil, live in matriarchal communities, and have not been much affected by Portuguese rule. South of the Zambezi, the impact Portuguese colonial times are more vital, see clothing, social customs, religion, and language usage. 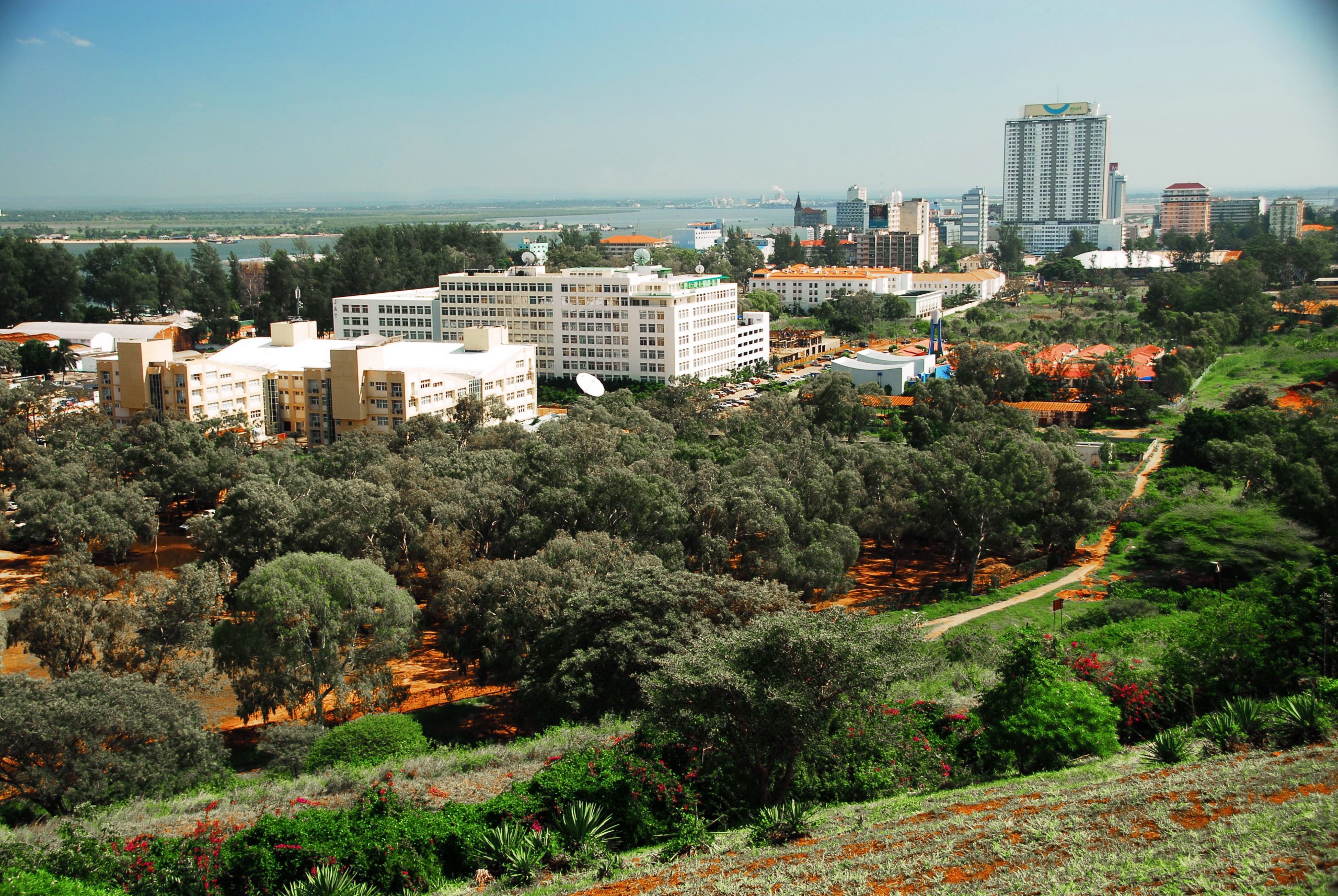 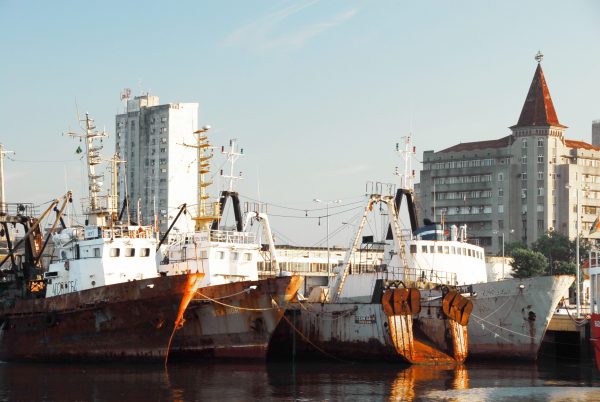 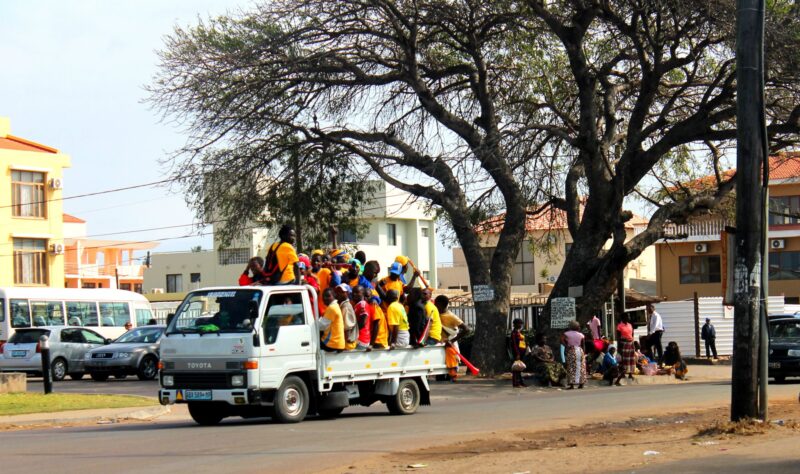 
Mozambican women’s clothing should traditionally cover the thighs as it is considered an intimate part of the body. 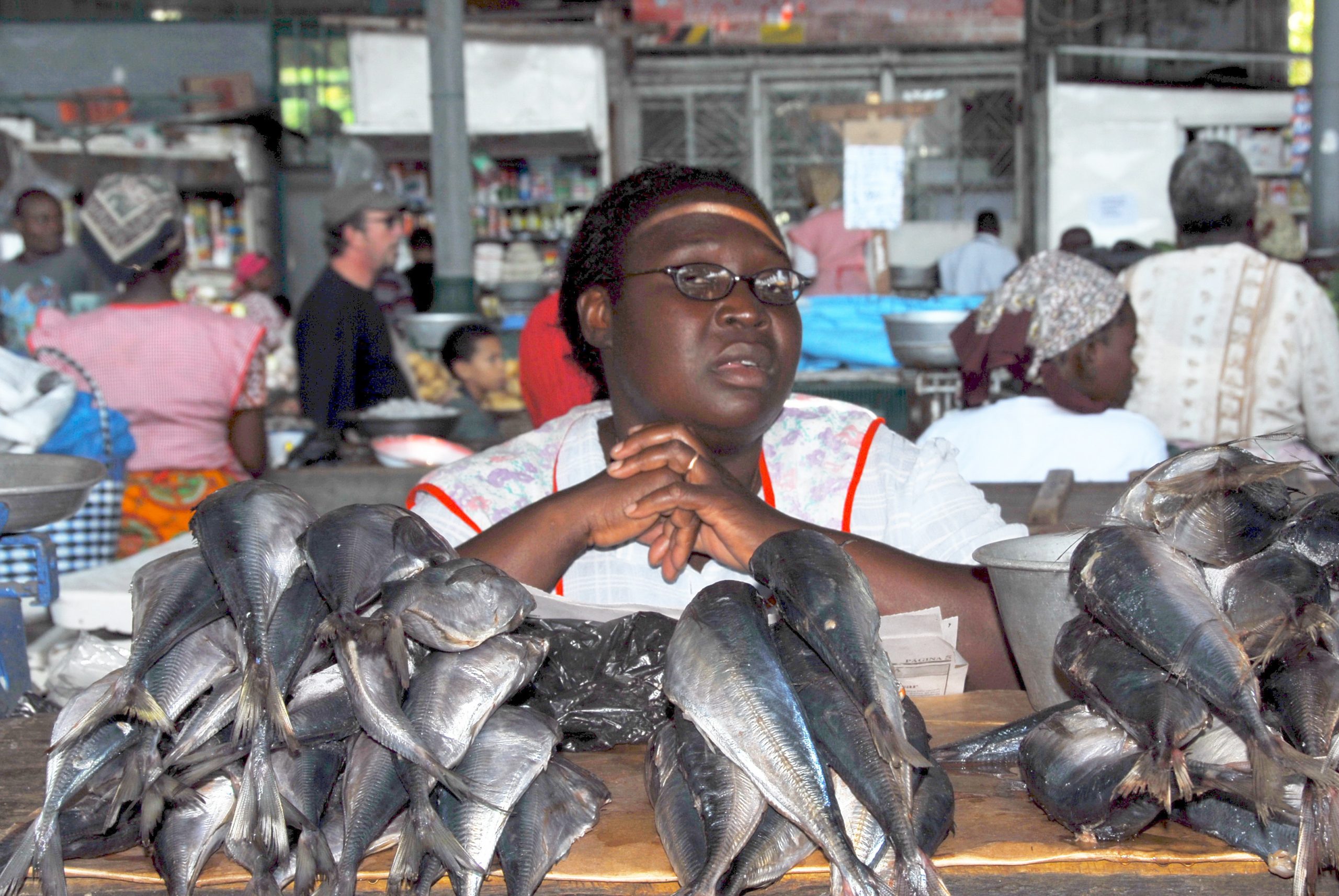 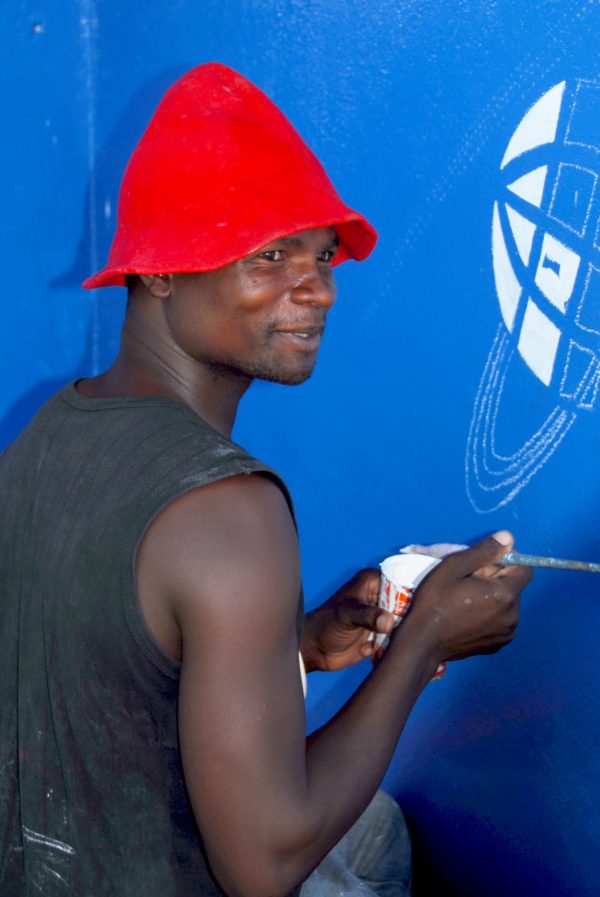 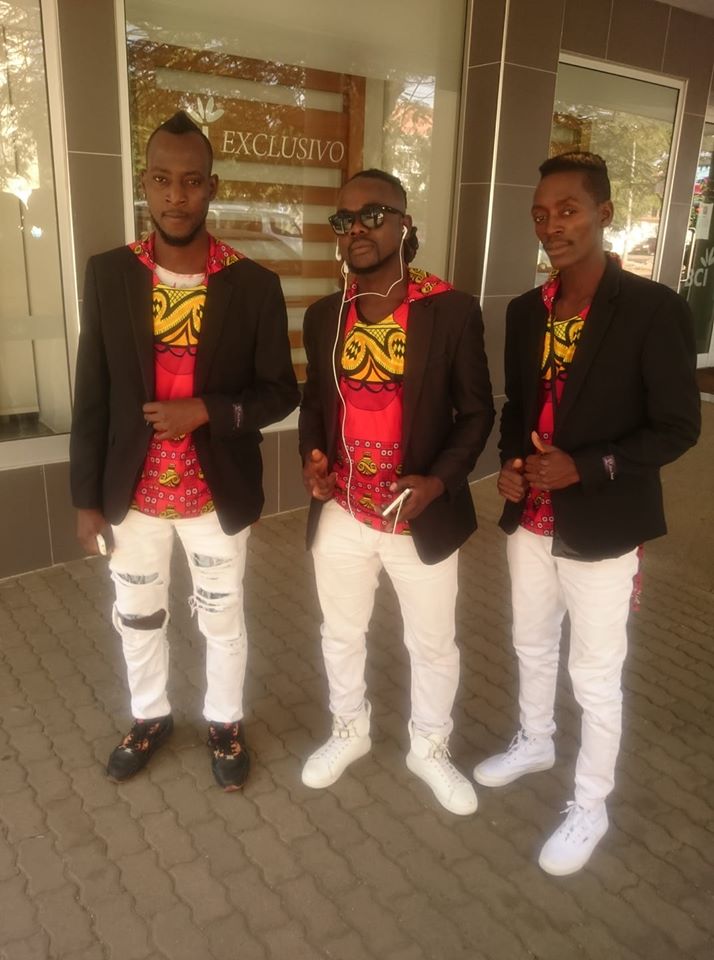 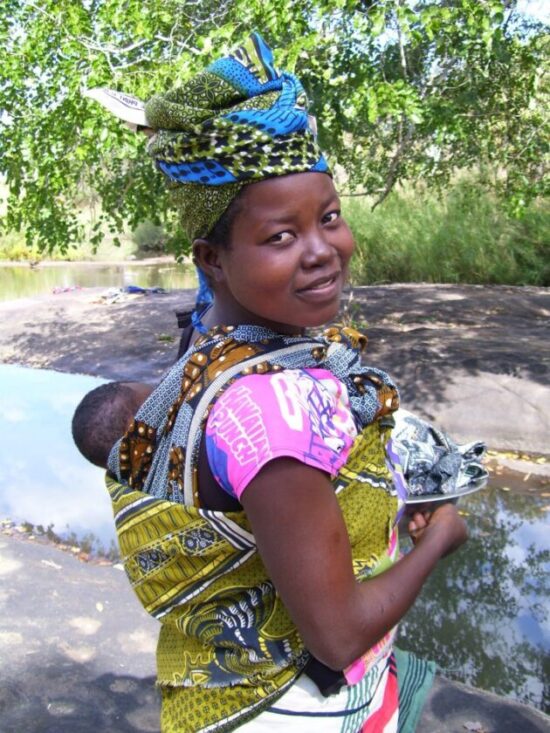 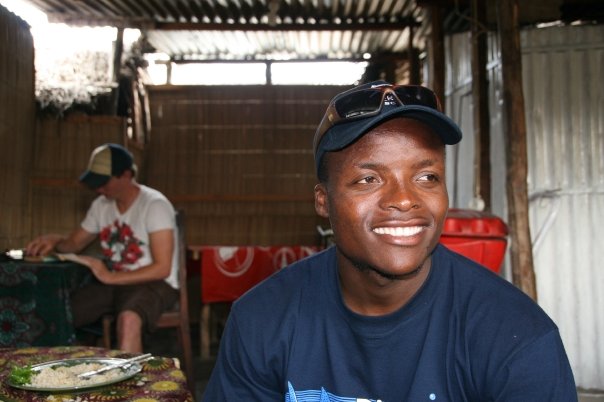 1. Taking photos of government buildings, airports, military facilities, police, and government officials are forbidden without special permission from the Ministry of Information. 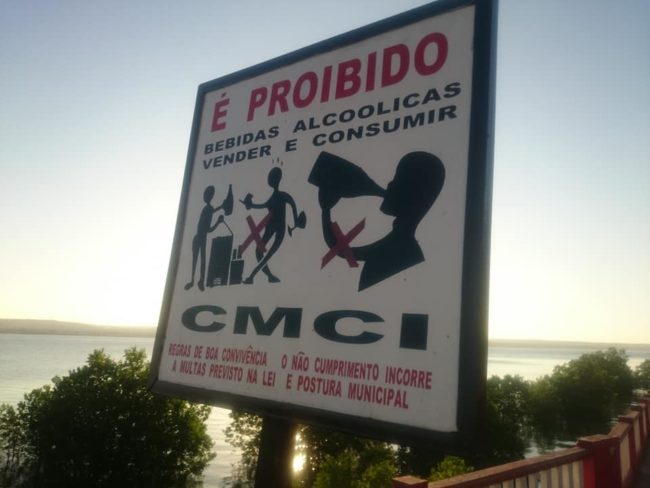 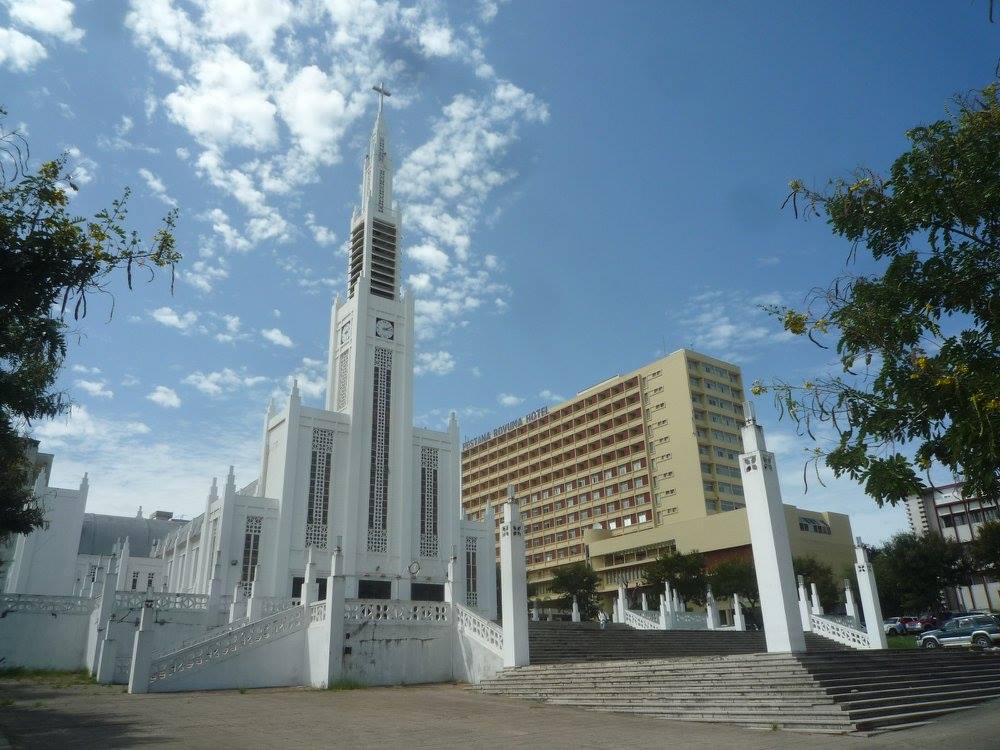 Maputo - The Cathedral of Our Lady of the Immaculate Conception, a Roman Catholic church - t.p. photo 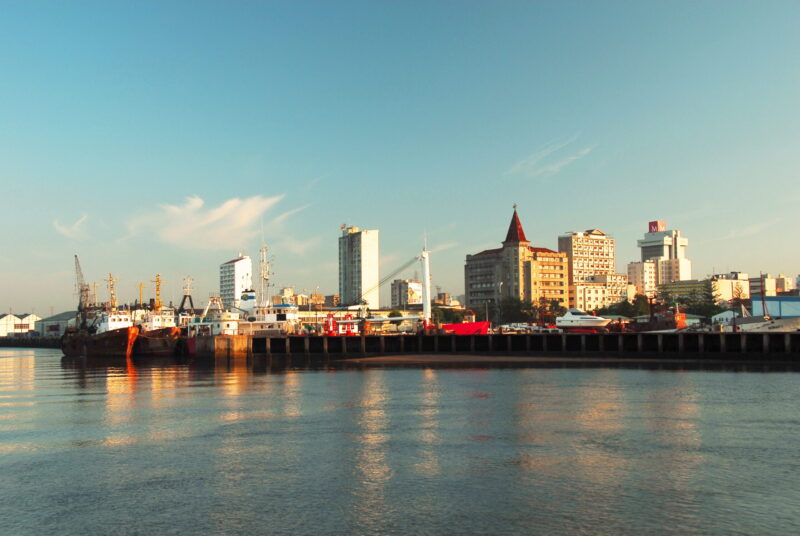