1.    Countryside tour riding on a pony

2.    Wild and unspoiled nature, splendid views from the mountainous areas

3.    Swimming in rivers without fearing bilharzia

5.    The colorful Basotho blankets (for the winter)

6.    Maseru, the capital city, is surprisingly modern, not shabby at all

7.    Trekking in the Maluti mountains and meeting some very welcoming locals, admiring beautiful views and birds

8.  The view of the Drakensberg from Mokhotlong in the highlands of Lesotho.

1.    We had to pay for a local guide for the mountain trekking as there are no pathway signs

3.    The expensive access to mountain villages (on horse or private jet)

5.    We felt somewhat unsafe in the evening in the center of Maseru (positive: we ended up in an Italian restaurant)

6.    The frightening landing at the high elevation Matekane airstrip (known as one of the world’s scariest runways)

“The first thing that always surprises people is that you can go skiing in Lesotho. The whole thing was begun by a South African of Austrian birth and was completed by a gentleman from Linz. There are now two ski slopes in Lesotho, run by the Lesotho Ski Program, and this will probably be further expanded in the future.

Lesotho has the highest levels of both literacy and English language proficiency, and English is a compulsory subject in most primary and secondary schools. In addition, it already has two universities. Lesotho has a relatively high proportion of women in both the diplomatic service and in parliament and government since Lesotho society is traditionally matriarchal. The constitution is modeled on the British system, even including a constitutional monarchy.

In Lesotho, you need good driving skills on the mountain roads. A maximum concentration, driving skill is needed. The road meanders on dangerous curves.  Many of the roads deep in the mountains are virtually one lane in width at points. 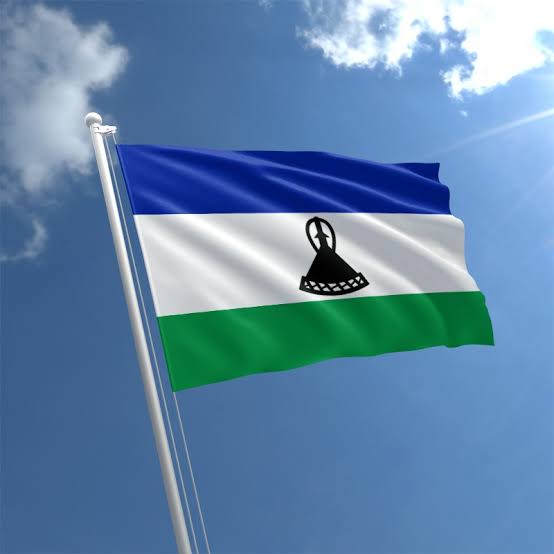 Lesotho national flag - in the middle a traditional hut

Lesotho is a barely known, tiny country in southern Africa. This mountain kingdom is a landlocked enclave entirely encircled by the eastern part of the South African Republic.

Lesotho was a British colony (called Basutoland) and gained independence in 1966.

Johannesburg, in South Africa, is a 55-minute flight away from Maseru.

The traditional clothing of the Basotho people is a blanket. This is a beautiful patterned woolen garment that all locals wear proudly.

Many locals have at least one family member working in South Africa, mostly on farms or in the mines. These family members send remittances (money) back home to support the family in Lesotho.

Languages: English is the language of the official administration and business life, while the other official language, Sesotho (or Sotho) is the language used in everyday life. Zulu and Xhosa are widely spoken as well.

The name of the country comes from the Sesotho language and means: the place of the people who speak Sesotho.

With the aid of missionaries, Sesotho was translated into written form long before the colonial era.


Political & economic situation (April 2020): Lesotho is a constitutional monarchy – the king has a mostly ceremonial role. The Prime Minister has real executive power.

The small country is in no way free from political turbulences, but these somehow remain mostly within the framework of democracy.

Poverty and unemployment rates are high, violent crime is widespread, and there are many reports of rape and abuse against women.

The economy in Lesotho is dominantly driven by manufacturing, agriculture, and tourism.

A diamond mine in Lesotho, called the Letšeng mine is famous for its large, top-quality diamonds. These diamonds are allegedly the most valuable diamonds in the world.

More than 50% of the population is very poor, with many still living in thatched-roof huts made from bricks and mud. These huts are called rondavels. People in urban areas, however, live in reasonably modern houses and multi-story buildings.

Lesotho is a left-driving country.

Safety (May 2020):
Lesotho is a relatively safe tourist destination by African standards.

Lesotho has the second-highest HIV/AIDS rate in the world (number one is nearby Swaziland) – 25% of the population over 15 years of age is infected with HIV.

When to visit? April September-October 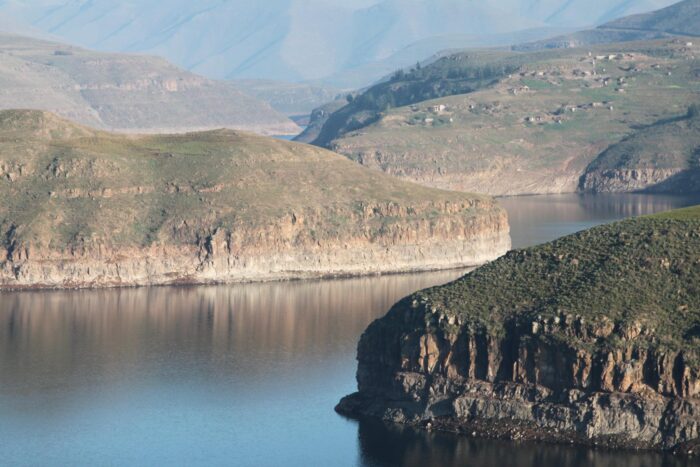 In winter, snow may cover the entire country. The higher areas get snow every winter, and there is even a ski resort in Lesotho.

The optimal timing of a visit could be during winter - May to August; however, the nights are freezing and coupled with snowfall at times. Summers are scorching, with high temperatures, maybe due to global warming.

Many residents of Lesotho work in South Africa, often in mining, and send money back home to their families.

South Africans love gloating about their wealth. In Lesotho, this is quite offensive. 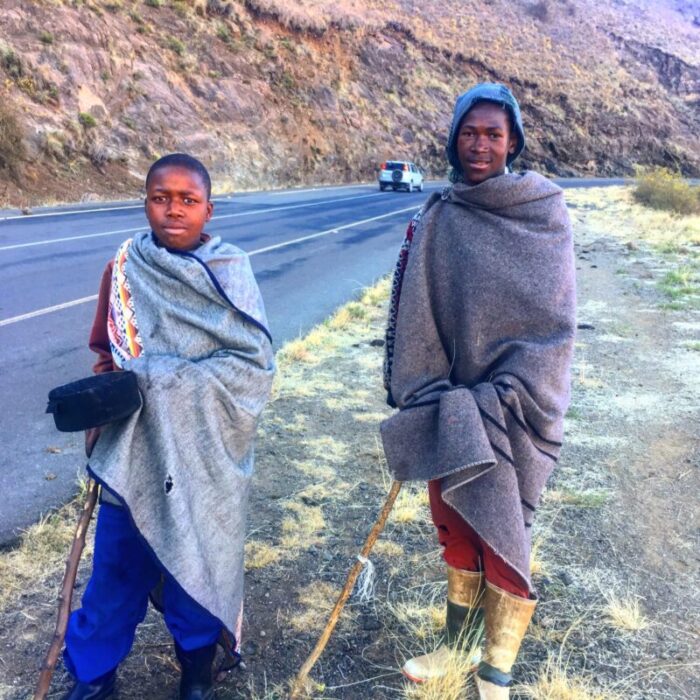 1.    The Sotho people like to touch one another when speaking, as a gesture of intimacy, but only when men speak to men or women to women. It is more common to see two men walking hand in hand in the street than a man with his wife or girlfriend. Homosexuality, however, is forbidden, and the Sotho claim that among them it does not exist. Thus, two men hugging or holding hands is not considered a romantic gesture.

3.    Women are not permitted to enter public bars, since people would call any woman who did a prostitute – this applies also to foreign women. Alcohol is permitted from the age of 18, and there are no age restrictions on smoking.

4.    Women should not wear trousers, or if they do, they should cover their legs with a skirt over the top.

Lesotho's national cuisine is not particularly exotic, similarly to the cuisine of many other African countries. Lesotho's cuisine is a mix of European and Asian culinary traditions.
The local population consumes a lot of vegetables. The most popular vegetables in the Kingdom are squash, potatoes, and tomatoes.

The meat of exotic animals (elephants and crocodiles) is served in local restaurants as a delicacy.
Curry is the main spice for fish and meat dishes. Although Lesotho is a landlocked country, fish and seafood are trendy: lobsters, shrimps, lobsters, and crayfish.

Lesotho grows amazingly delicious grapes. These berries are present in all restaurant menus, fresh or dried. 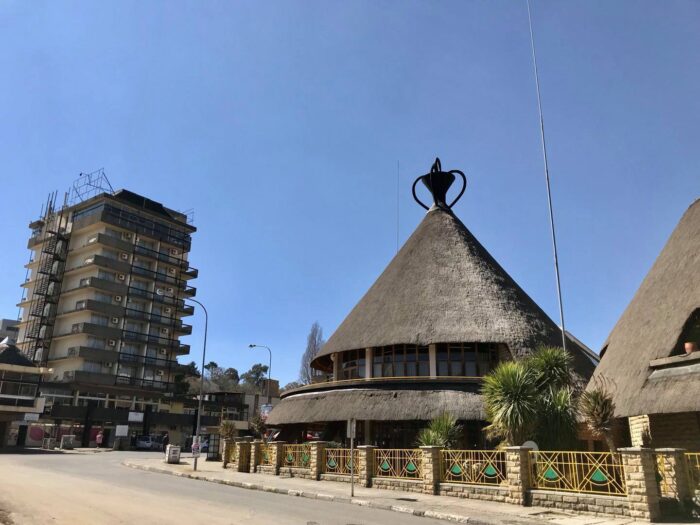 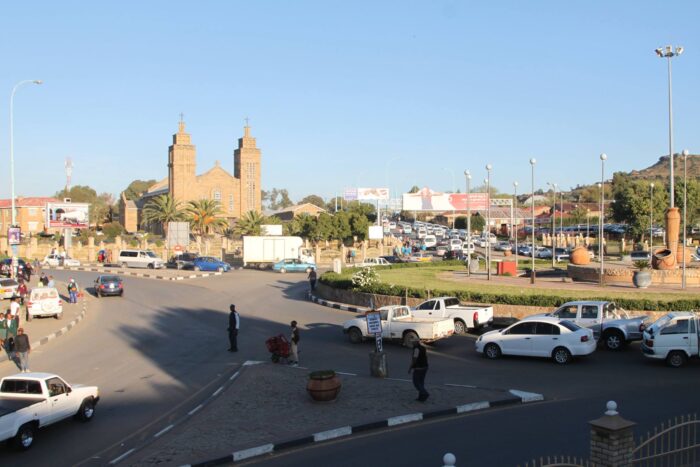 Lesotho - Maseru - a roundabout at the The Our Lady of Victories Cathedral - a.p. photo 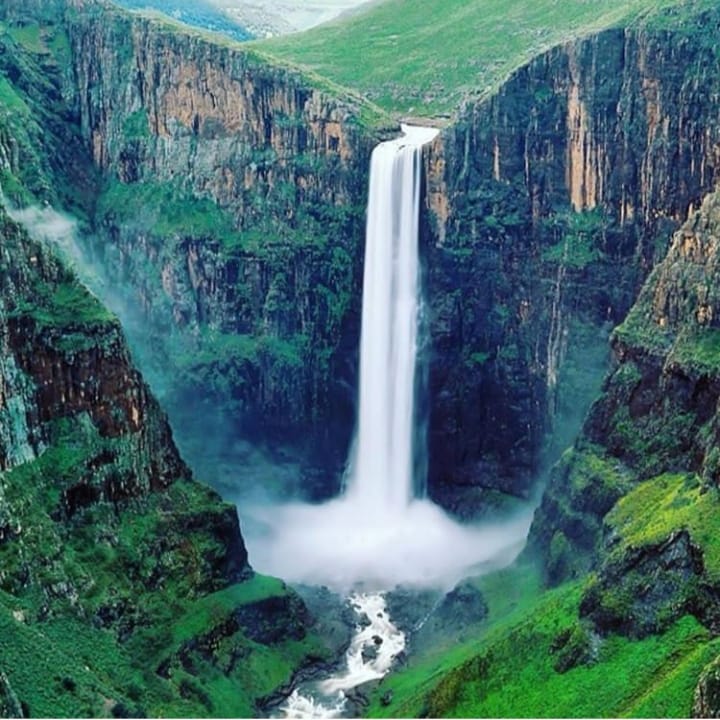 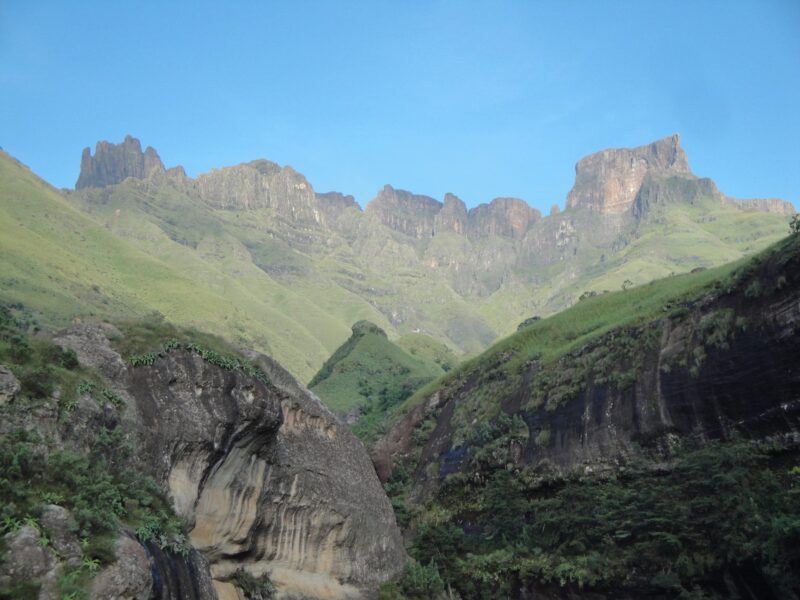