1.   After three and a half hours’ grueling march, finally seeing some mountain gorillas in the Bwindi Impenetrable Forest (yes, we did penetrate it after all…)

3.   Compared to many other East African cities, Kigali is relatively well organized, surprisingly clean, and even in the countryside, in the villages you do not see too much dirt

4.   We were brave enough to get a taste of the Kigali nightlife – it was OK

6.   The Kigali Genocide Memorial Centre (about the mass killings of 1994) – an excellent museum

8. Kigali is full of modern buildings, and we saw quite a lot of nice cars on the roads

9. Rwanda is called the “Land of a Thousand Hills”, and its landscape is indeed remarkable (“The African Switzerland”)

10. The countryside people seem very hard-working – we did not see a single uncultivated plot of land (they produce corn, banana, potato, and tea, among others)

1.   The constant use of mosquito repellent cream because of the malaria risk in the lower altitude areas of Rwanda

2.   The unending complaints of two other group members during the gorilla tour – they were stupid enough to come to the tour in flip-flops

3.   We regretted going on a second gorilla trekking instead of the chimpanzee tour

4.   We could not visit the exciting city of Gisenyi, close to the DR Congo border as we were warned not to go there for safety reasons

5. In conversations with the locals, they always avoided speaking about the horrors of 1994 – we were unable to understand how that genocide happened here, where we met only lovely, peaceful people

“Though locals try to avoid talking to tourists about the appalling events which happened here in 1994, the visitor has trouble putting from his mind what he has read. A visitor to Rwanda will experience an African world at once impoverished and somehow idyllic, with friendly, peaceful inhabitants. It’s simply impossible to imagine how such barbarism could have happened so recently.” (B.R. 2015)

“In the capital, there are modern buildings and good quality hotels, and the roads are in good condition. Of course, once you get out into the countryside and off the main roads, you drive down dirt tracks through the jungle to places with no infrastructure whatsoever, where people live in huts with earth floors, getting up and going to bed with the rising and setting of the sun.

Rwanda is a beautiful country, called the ‘Land of a Thousand Hills’ on account of its varied geography. We drove all across the country, and hardly saw a single square foot of land lying fallow: everywhere they were growing corn, bananas, potatoes or tea.” (2017)


The first things that struck me were the order and cleanliness, and the silence. I was happy with the former because I was tired of the constant chaos of other countries, but a knowledge of history made the latter more depressing. Both aspects were true all across the country, giving it a totally different atmosphere to other African countries I’ve been to.

Quietness is characteristic of life here – they don’t listen to loud music in the street, don’t yell at passing acquaintances, form orderly lines rather than a rowdy mass, and the modern cars and motorbike aren’t noisy (of the latter for some reason there seemed to be only one brand on the roads).

Of the people we met and talked to, for some reason everyone seemed to have relatives exclusively among the victims of the violence, though I don’t suppose anyone would tell a complete stranger that he or his father was a murderer. The driver of our hire car was a child at that time and survived the massacre in the hotel we know as Hotel Rwanda, thanks to the film based on the events that took place. We stayed in the same hotel, but there were no memorials or reminders, just the usual silence. Still, I’d gladly recommend this country to anyone looking for its beauty, peace, and order. A little slice of Switzerland in Africa.” (D. T. 2016)

Roads from Kigali to the other major cities (Rubavu, Musanze, Huye, and Muhanga) are in good condition.

Share taxis and motorcycle taxis are the most common means of public transport. These are the ones that cause and to suffer most of the accidents. 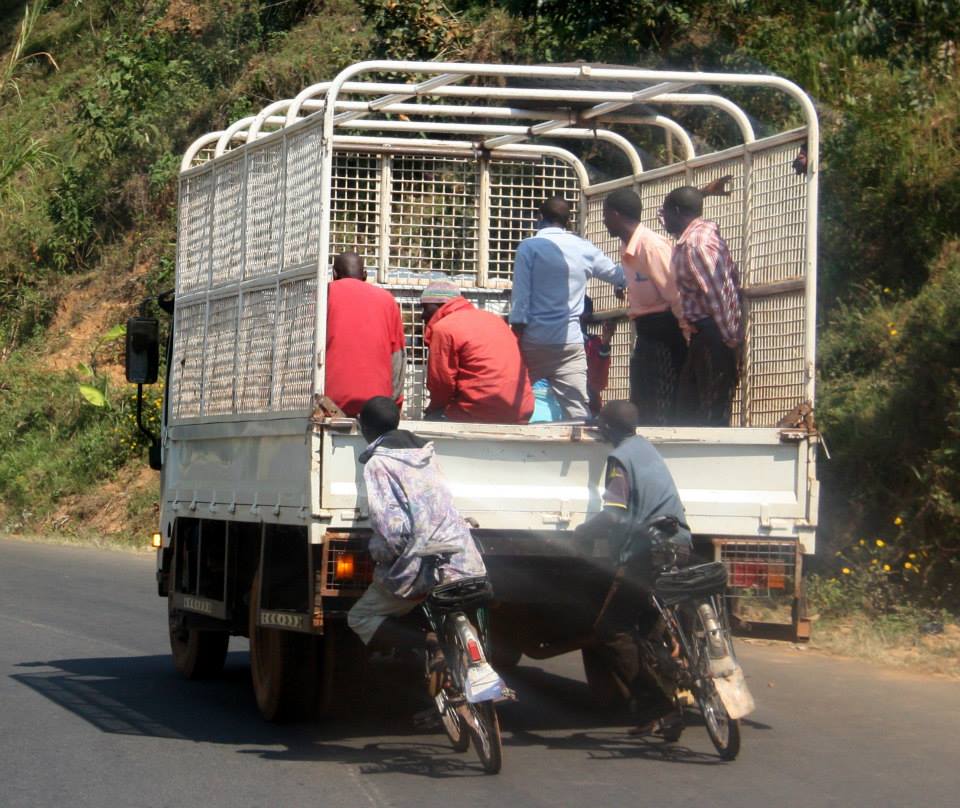 In restaurants, tipping is not expected but welcome. 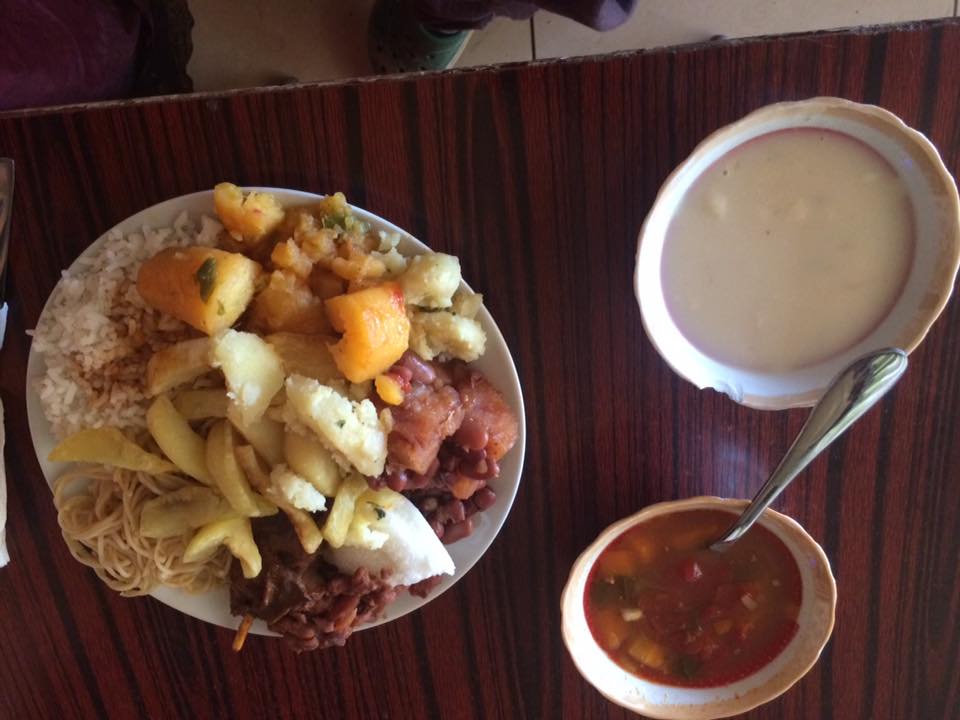 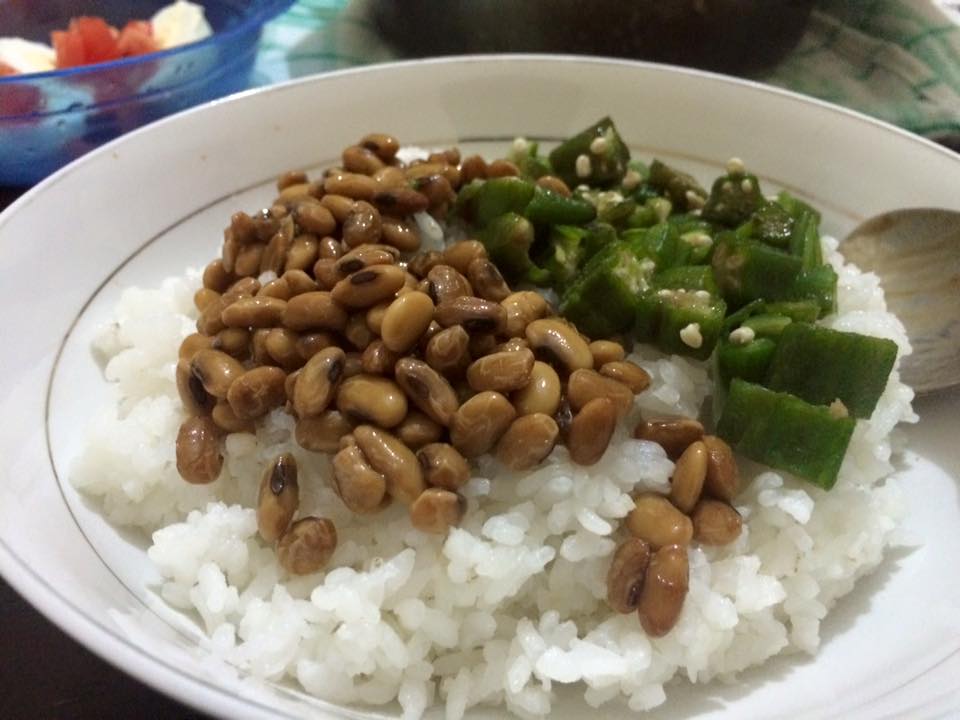 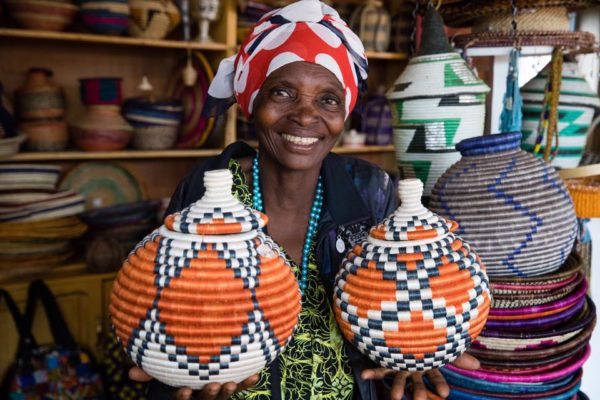 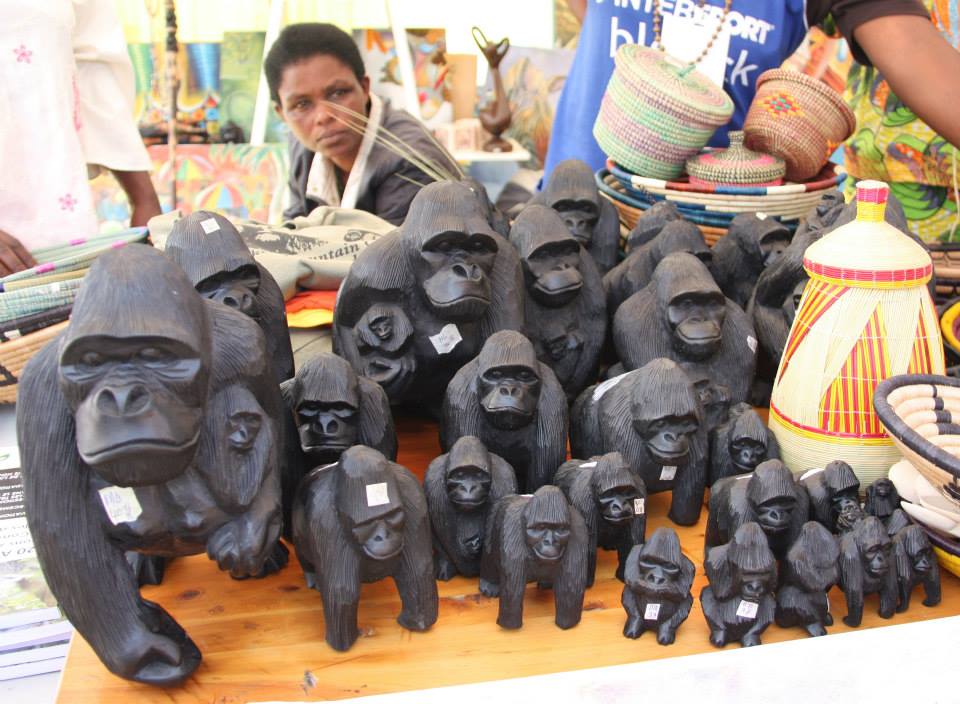 Rwanda is not a destination for tourists who very much look for nightlife. There are not many nightclubs. 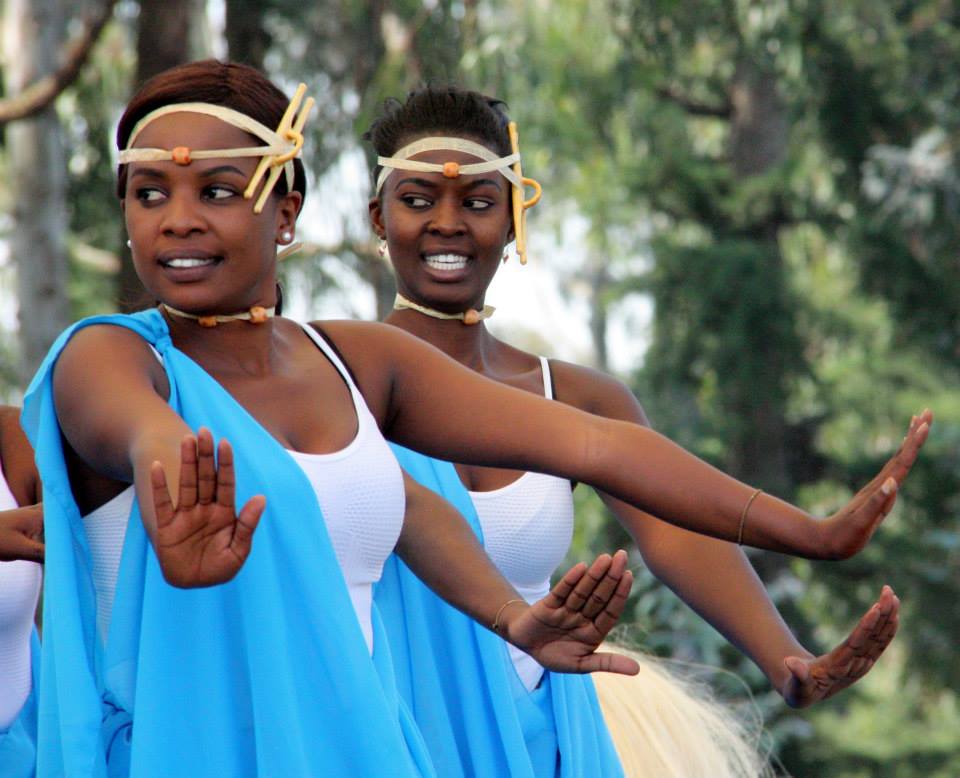 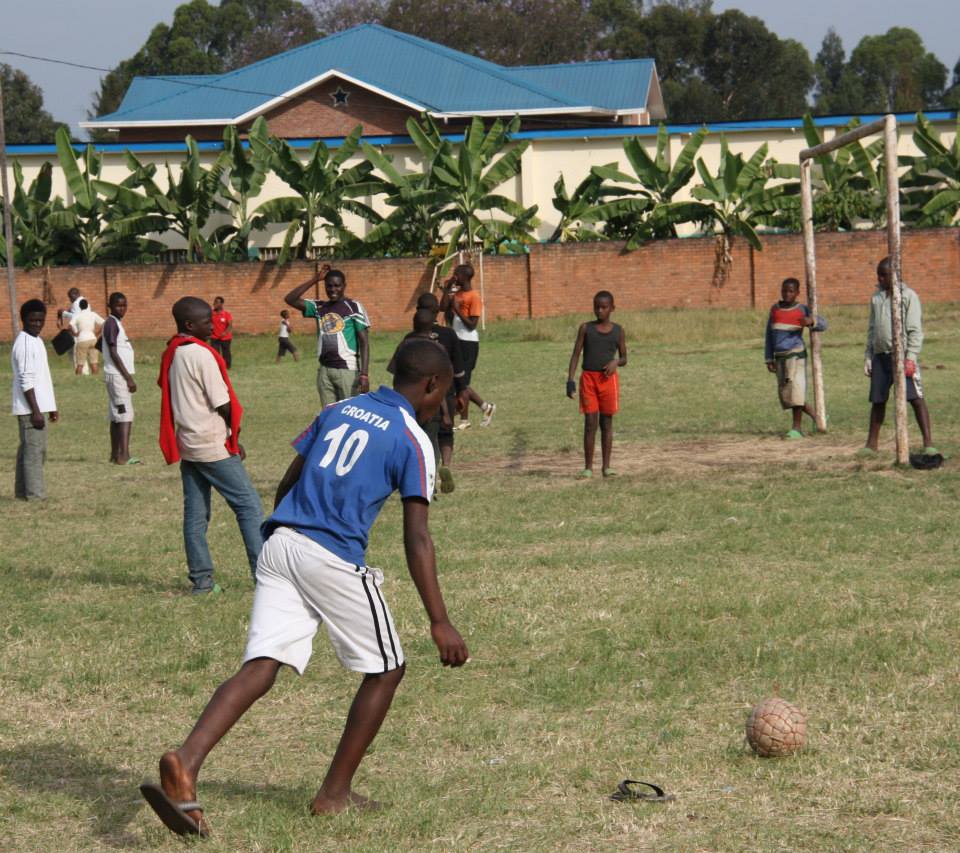 Rwanda is basically a safe tourist destination. In the capital city, the areas frequented by tourists are secure. The terrorist threat is on a low level.
Tourists are rarely a victim of a mugging; it still may happen. Avoid walking alone at night.

Avoid areas close to the border with DR Congo. 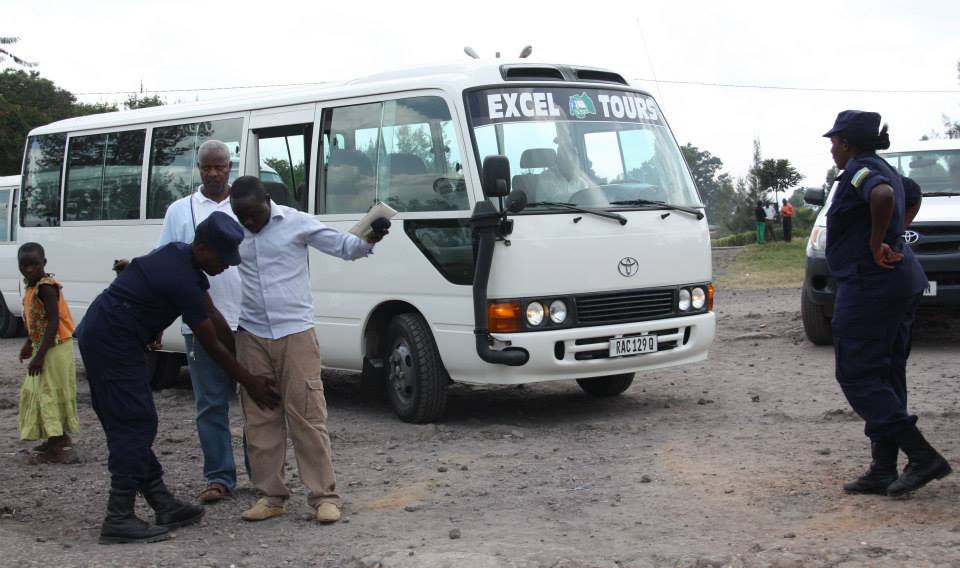 In Rwanda, it is illegal to burn trash when dealing with waste. It is taken very seriously. 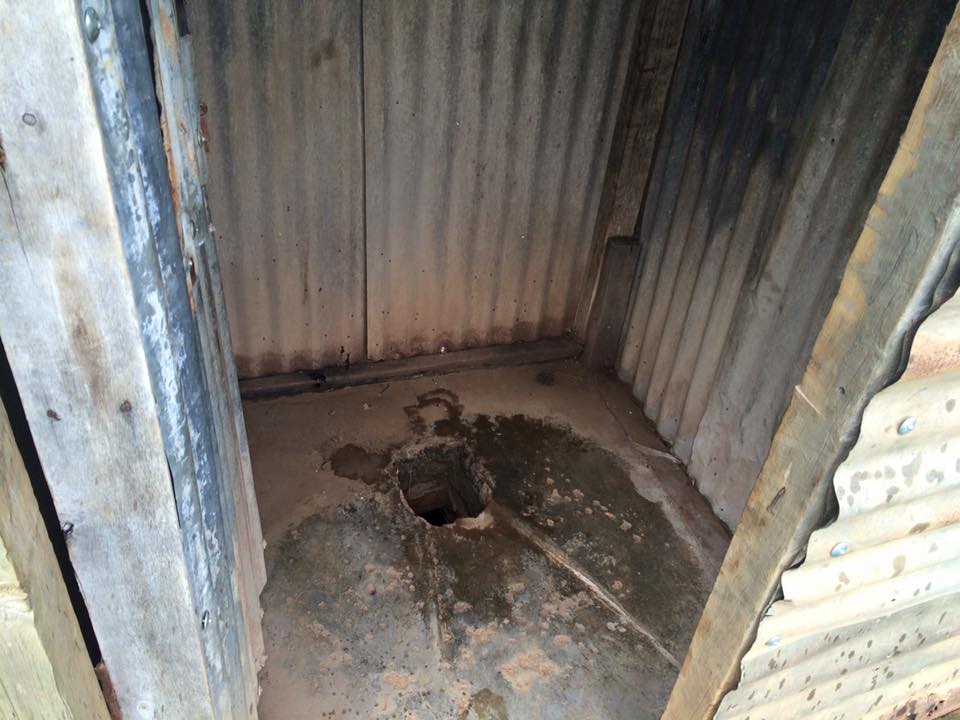 1. Rwanda has relaxed visa regulations. You can get a vista without prior application. At the international airport, the visa fee is 30 USD for a stay max. 30 days and the procedure lasts no longer than 10 minutes.

Languages: Kinyarvanda, a native language is the most widely spoken. KInyarvanda, French, English and Swahili are the official languages

84% of Rwanda’s labor force is female!

April is the worst choice to visit Rwanda (the wettest month, plus sad commemoration of the 1994 genocide) 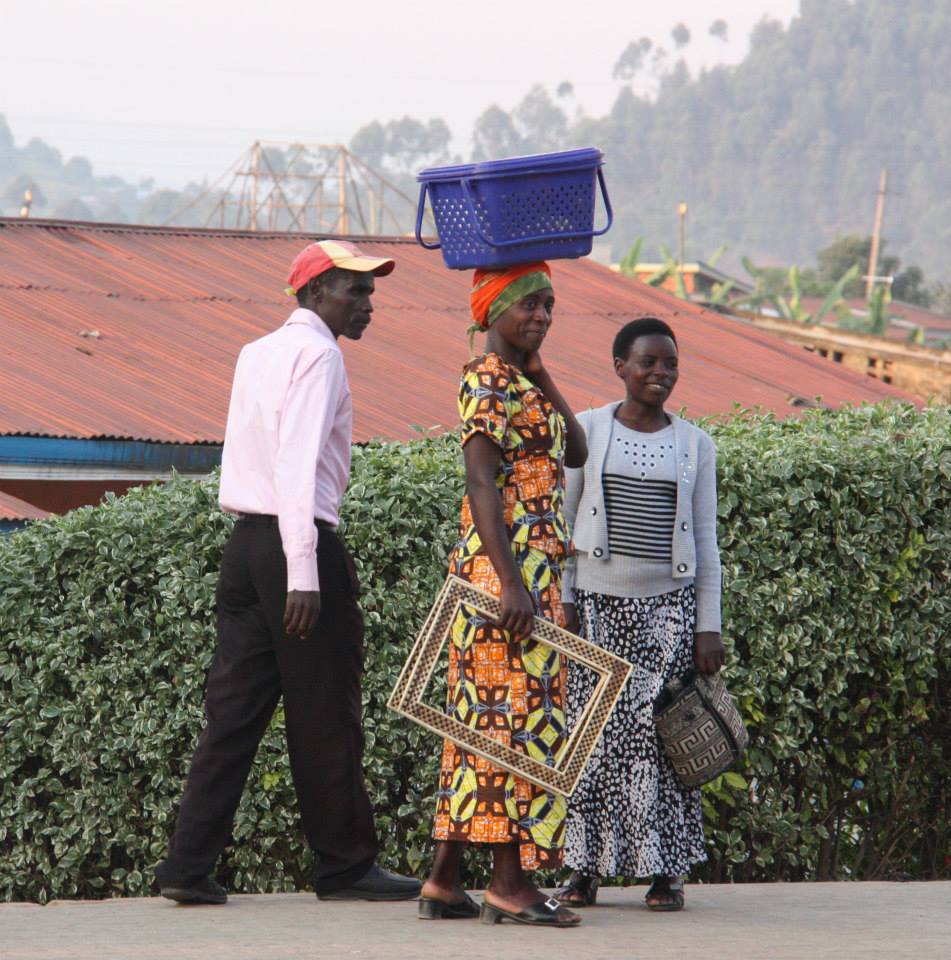 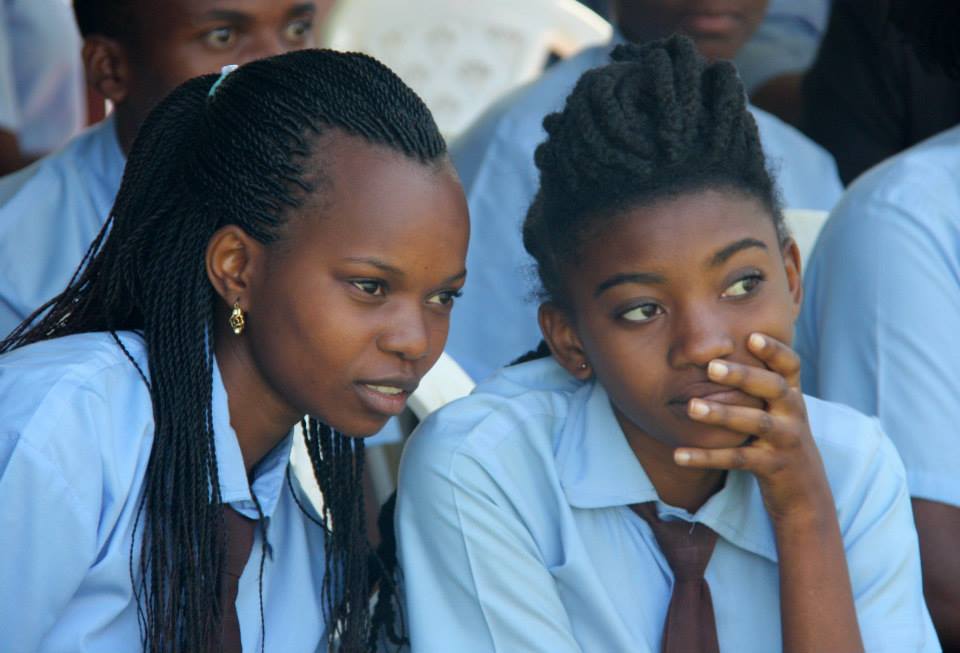 Rwanda has a mild climate due to its location. Average temperatures don't fluctuate much throughout the year, still strongly depend on the altitude of a given area of ​​the country. There is a dry period between June and September. The heat is moderate all year round. The rainy season is from March to May or February to April.

Rwanda suffered a terrible genocide in 1994. The lives of more than one million lost their lives during that tragedy.

Rwanda is a flawed democracy. President Paul Kagame leads an authoritarian government. He has been in office for the last 20 years. Press freedom and freedom of speech are severely restricted. Some observers compare Rwanda to the story of Singapore. Authorianism is the price that Rwandans pay for stability, economic development. 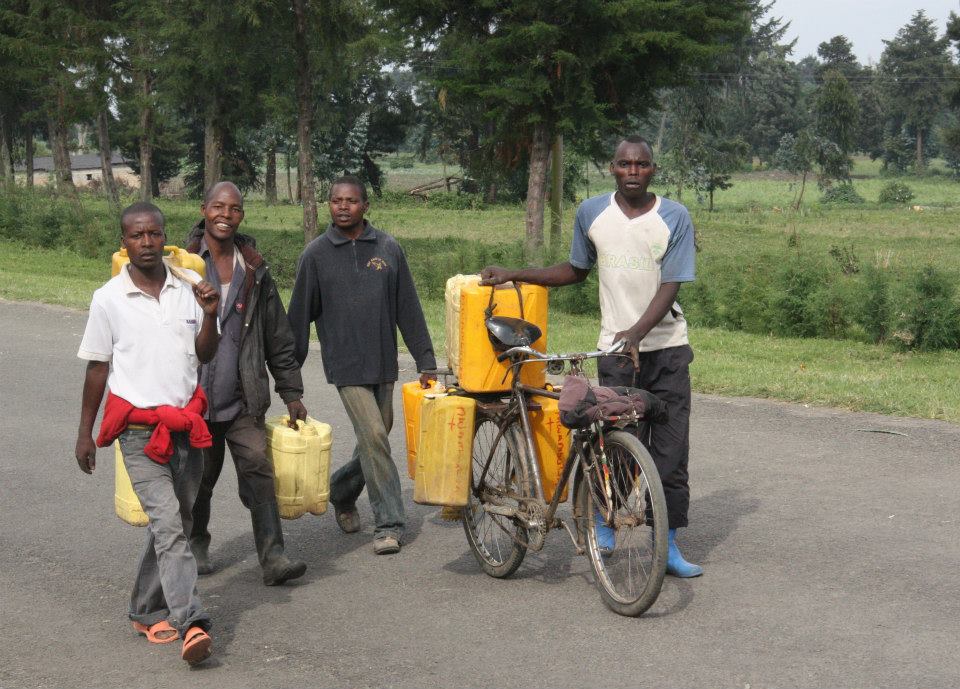 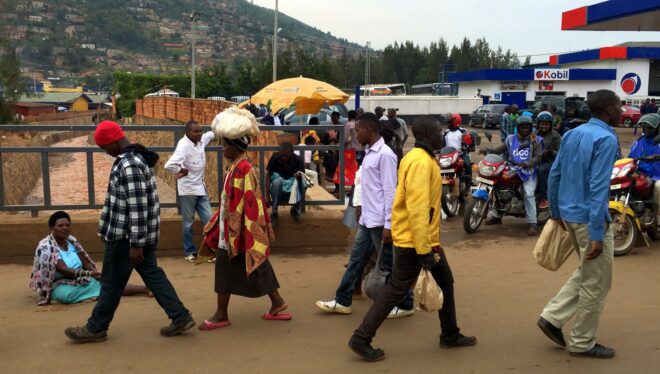 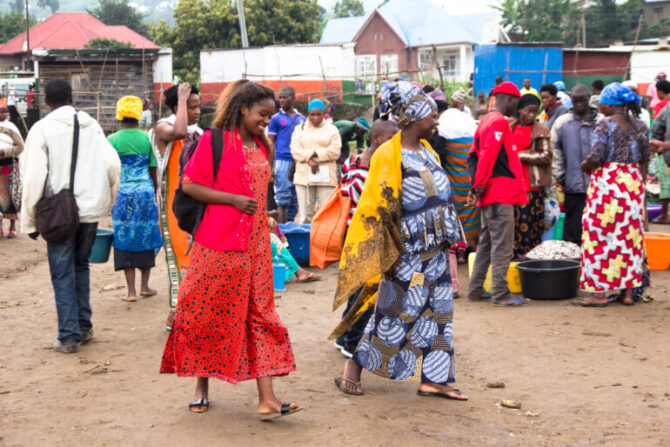 With a life expectancy of 69 years, it is the fifth-best in Sub-Saharan Africa, ranking just behind Mauritius, Seychelles, Mauritius, Sao Tome and Principe, Cape Verde (2020).

Rwandans drink a lot of fresh milk and beer. 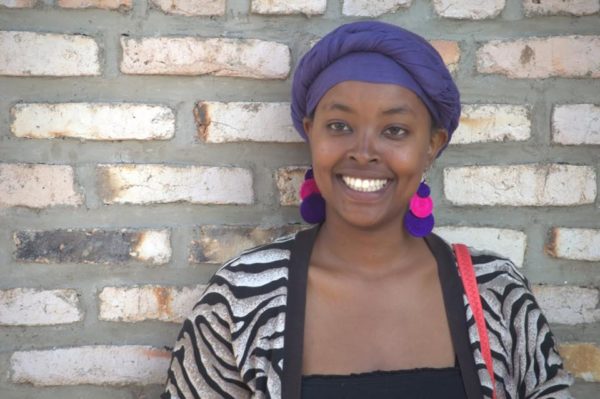 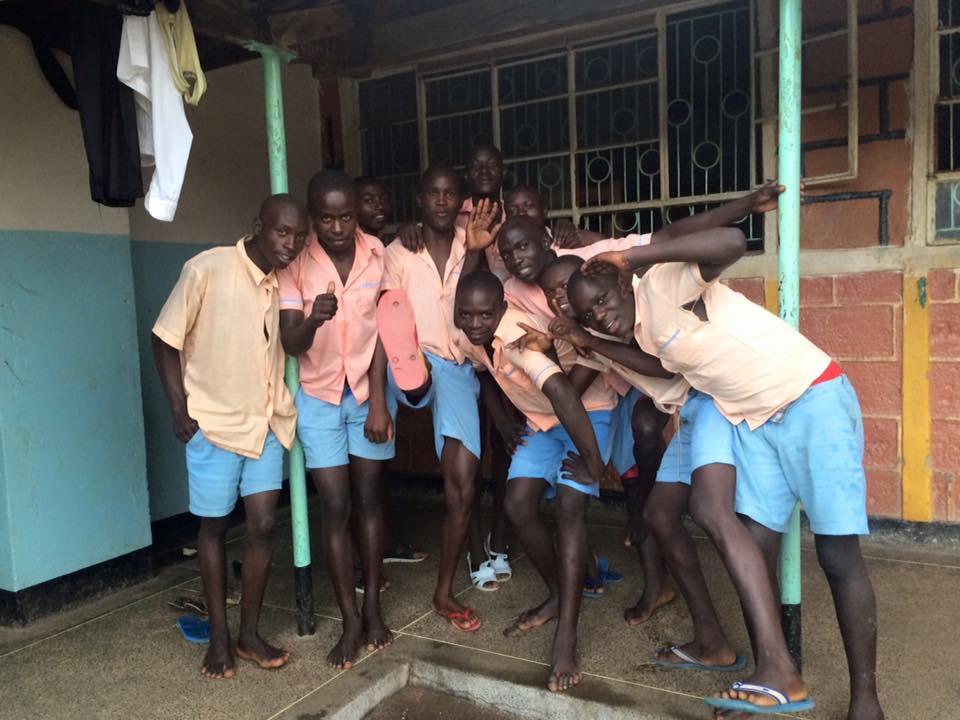 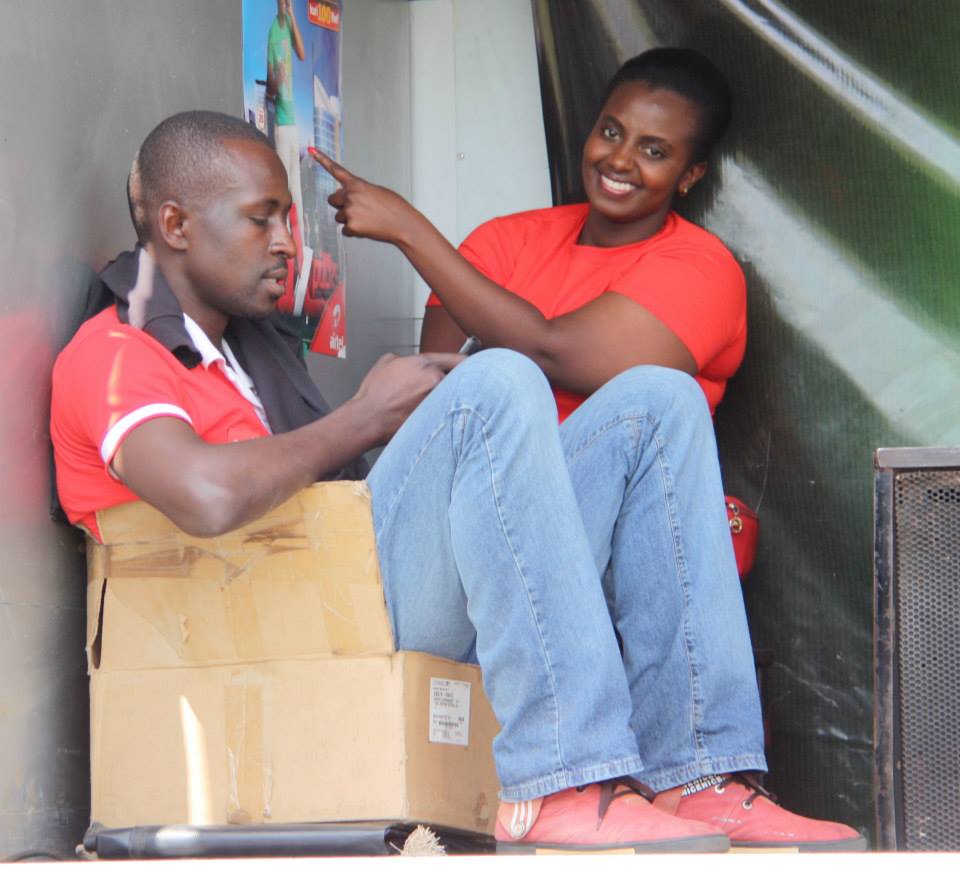 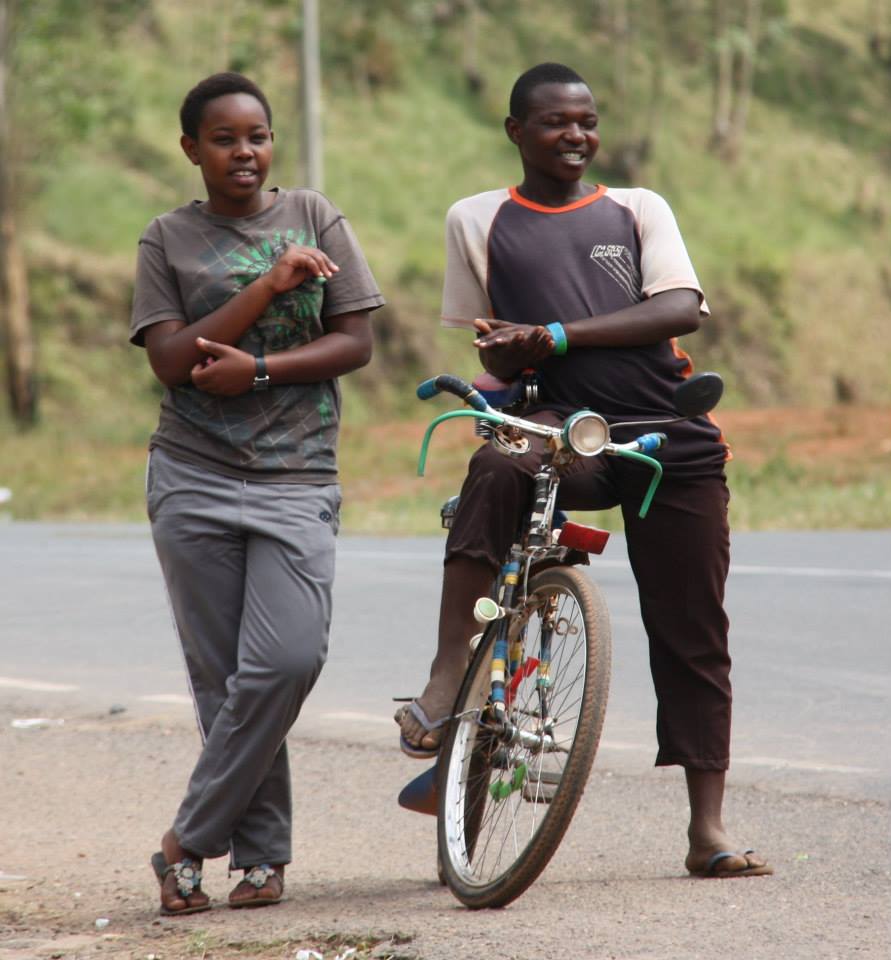 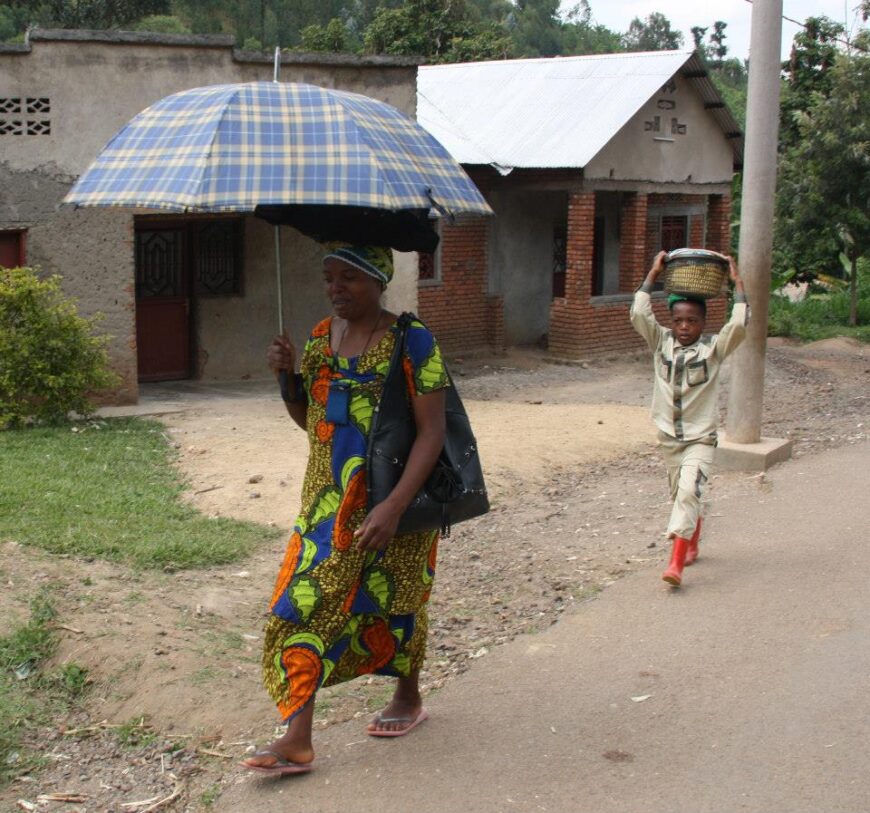 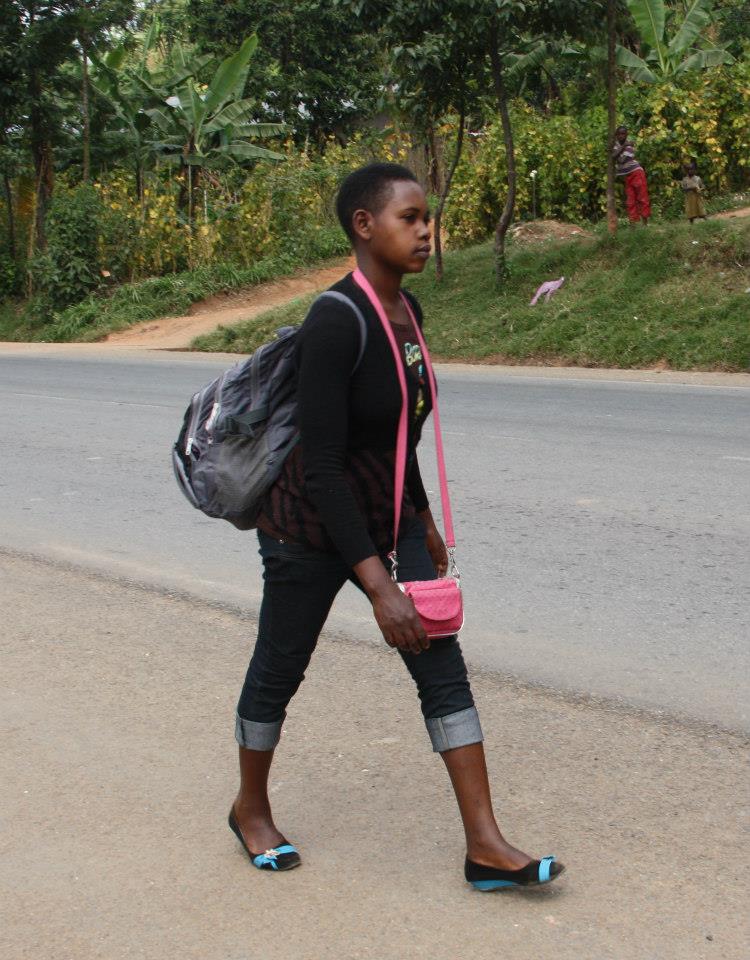 1. Don't litter in Rwanda, which is one of the cleanest African countries.  Locals are disciplined in this matter.

2. Locals are very friendly to foreign visitors. Do not disappoint them with any inappropriate behavior.
Behave modestly, restrainedly, because Rwandans hate when a foreign visitor behaves arrogantly.

3. When talking to locals, avoid criticizing the President, the government, the country.

4. Don't bring polythene bags in Rwanda because there, the use of paper bags is preferred. Plastic bags are banned in Rwanda.

5. Don't try corrupt police officers or any other officials. Corruption in Rwanda is not common.

6. Rwandans do not eat in the streets. Fast-food culture is more or less non-existent. You can seldom see locals eating in public places. Respect their culture and go indoors if you want to eat something.

7. By no means, ask if someone belongs to the Hutu or Tutsi ethnicity. That is a too delicate subject. Note that among Rwandans, talking about “Hutuness” or “Tutsiness” is a huge taboo. 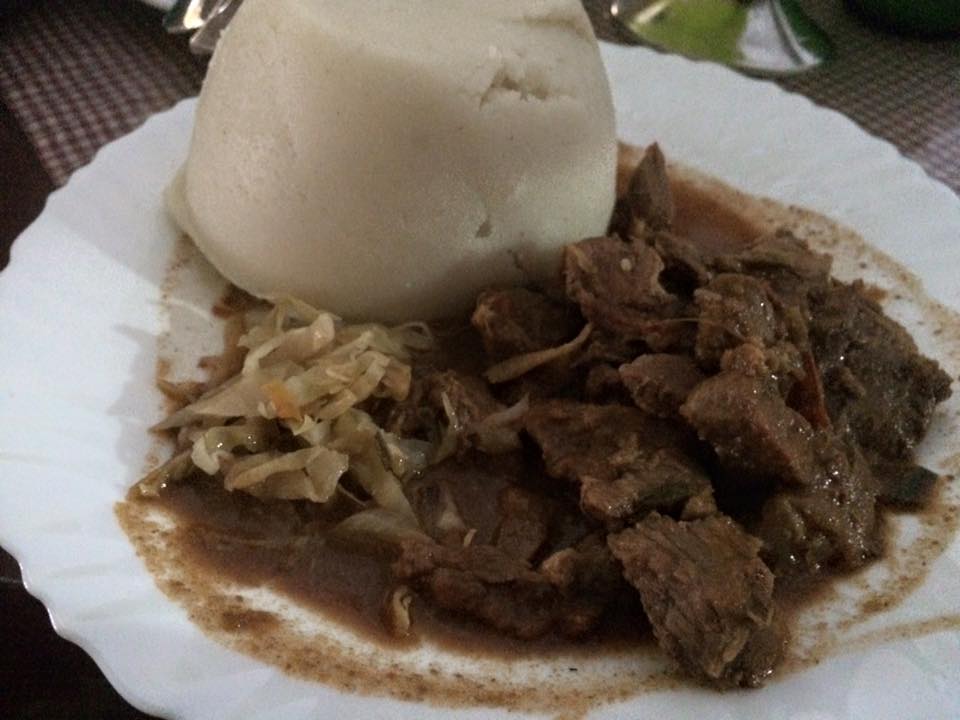 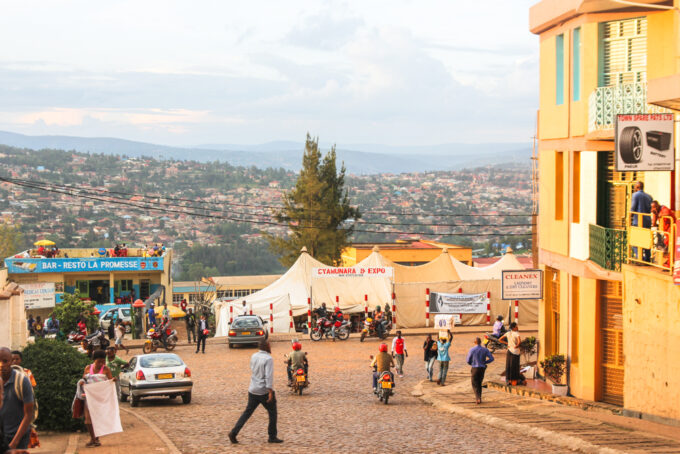 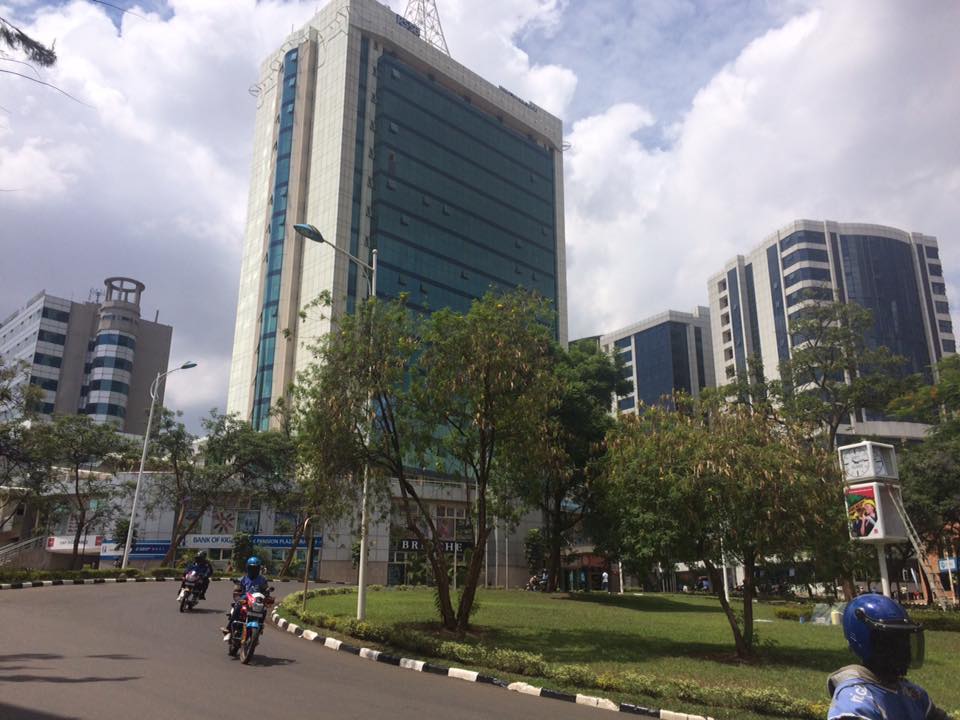 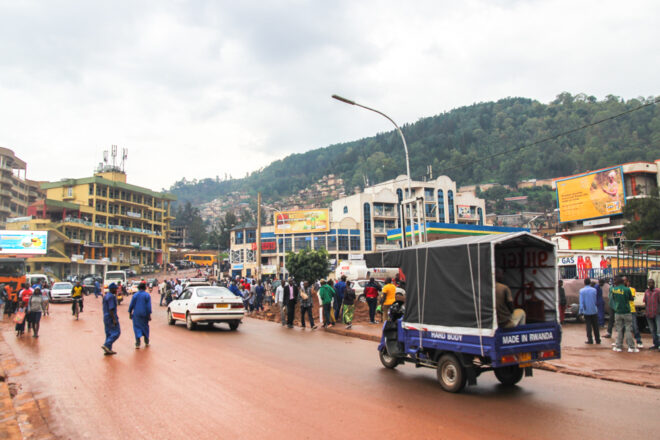 We recommend the Volcanoes NP.

Kigali's distance to the Volcanoes National Park (in the northern part of the country) is 107km, 2,20 hours by car, on a good road.