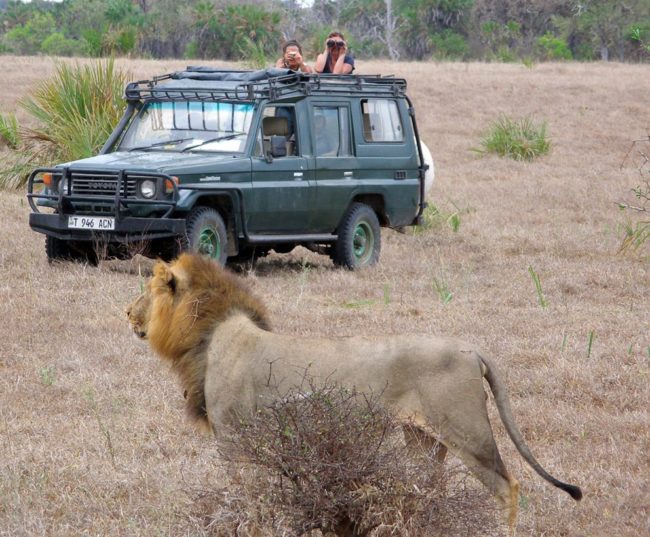 Please note that in this chapter we write about the mainland part of Tanzania (formerly Tanganyika) only, and deal with the island of Zanzibar (a state of Tanzania) in a separate section (klick on Zanzibar, if you are interested)

1. The top-notch choice of Selous Game Reserve, because that is unspoiled, and offer a right mix of activities: game drive, riverboat safari and walking safari

3. See Kilimanjaro is a highly emotional experience -  after all this is the world’s tallest free-standing mountain at 5 896m (19 340ft.)

4. Mainland Tanzania is more or less a safe tourist destination, thanks to the stable government in particular

5. A great guided walk (offered by our lodge) with local Maasai guides - we have visited a local village community and learned about traditions and everyday life.

2. Some say, that better avoid the so-called "northern circuit," namely all the famous national parks, like Serengeti, Kilimanjaro, and Ngorongoro Crater, as these are overcrowded with visitors

3. For first-time safari visitors, the choice of a South African national reserve (like Krüger) could be better, as the Tanzanian parks offer less comfort.

4. In Serengeti when a lion turns up, then some 30 or so jeeps arrive suddenly, all fighting for the best view. That is frustrating.

5. Serengeti is enormous, so you tend to spend a lot of time driving, often on highly corrugated dirt roads. After eight-plus hours of constant “jolting,” you are not sure all your body parts are all together.

“The airport is like a rural bus station, somewhere at the end of the world. It’s dark. A couple of unwashed guys offer me a taxi ride, and in the end I have to go with one of them to get to my hotel.

The taxi coughs and rattles, and hardly even starts. There’s no meter, but the driver grunts that the price is ‘twenty-five’. But twenty-five what? It turns out he wants Tanzanian shillings, but not twenty-five – twenty-five thousand. They’re a liberal kind of people in Dar es Salaam, and the thousands evidently go without saying. I do a quick mental calculation, and it comes to about ten or twelve euros. Not the end of the world, I suppose…

I ask the receptionist what parts of the city are worth visiting, and she gives me a quizzical look. I try to explain – what are the sights? What’s worth a visit? She still doesn’t understand. It turns out she speaks excellent English – that isn’t the problem at all. The problem is that there simply aren’t any sights in Dar es Salaam.

Can you imagine a capital city, anywhere in the world, with literally nothing to see? Well, visit Dar es Salaam and you’ll find out what it’s like. There’s a local tourist magazine called ‘Where’, which lists tourist activities, and there’s not a single word in it about what to see or do in the capital. It just recommends a few restaurants and hotels, then moves straight on to the – horrendously expensive – safaris. One night in the Ngorongoro nature reserve, for instance, costs $1000 per person. Those are the sort of prices they’re talking about.

In spite of everything, the next day I decided to take a taxi into town. ‘Show me whatever you think would be interesting,’ I tell the driver. He takes me to the fish market. The first thing that hits me is the appalling smell – at first, I don’t even want to get out of the car. At last, for the sake of getting a few photos, I clamber out. It isn’t easy to walk – a major source of the smell is the fish offal on the ground. Then there’s the fact that everyone especially wants to sell me something. Whether it’s an inflated angler fish or giant, shiny mussels or a gutted barracuda. There are even small sharks, whole tuna, and anything else you can imagine.

The women carry huge boxes and buckets on their heads. You can see that one or two almost buckle under the strain, but still, they carry them. That’s just life! Women don’t seem to have much status here.

The market is unbelievably noisy, and there’s no refrigeration. I don’t see so much as a single ice cube. They just lay the fish out on the ground or on a slab of concrete. They must sell their fresh catch quickly because it won’t stay edible for long. That’s life here, the struggle to earn your daily bread.

I hurry back to the taxi, and we drive on towards an attractive beachfront area. It turns out that this is the part of town where the embassies are located and the villas of foreign diplomats. Poor ambassadors and attachés! Anyone sent here by their nation’s government would quickly see it as more of a punishment than an honor because however much money they earn, however, many parties, tennis matches, and golf tournaments they attend, the minute they walk out into the street, they’ll find themselves in the same chaos and dirt as ever. Not for them the excitement and luxury of a few days’ Serengeti safari – they have to spend their days in Dar es, Salaam…

In our search for sights, we travel to a few handicraft shops. The prices are undeniably very reasonable. Leather slippers, women’s dresses of fine material, high-quality handbags, and carved wooden figurines are all on sale for a fraction of the price elsewhere.

I buy a few souvenirs, and we drive onto the painters’ street. Here the stalls of the local artists are all grouped together in one place. The paintings are just laid out on the ground or leaned up against a fence, though of course the more prosperous have a little shop. There are portraits of Masai men, chaotic street scenes from Dar es Salaam, and pictures of wild animals. That’s what’s on offer. I don’t see any other customers.

Most tourists only spend a maximum of one night in Dar es Salaam before heading off on safari or traveling to Zanzibar. I was heading for Zanzibar, but before setting off for the ferry terminal, I took a quick look at the old town. Well, I only thought I’d seen pandemonium. The streets are lined with vendors, and their wares – shoes and clothes – are piled in the street between the parked cars. Everyone is rummaging about in the piles. How anyone can keep track of what belongs to whom and who bought what and when is entirely beyond me…

I’m fascinated by this sea of people and the frantic bargaining going on everywhere. Many of the women on the streets here wear veils, as there is a substantial Muslim population. The Arabian influence. Men here are protective of women, and you can get dirty looks or even an angry confrontation if their veiled wives happen to step into the frame of your camera lens. You have to watch out, lest you offend local sensibilities. (2017)”

“Mainland Tanzania: everyone is very nice. Arusha is crowded and dirty, and it is recommended to go in with a local guide. Our safari was in the dry season.

1. Tarangire National Park: the largest number of wild animals in one place: zebra, giraffe, wildebeest, antelopes, gazelles, ostrich, lion, and herds of elephants. One small thing to note: you can only get out of the car with the driver's permission. The toilets (restrooms) in the park are constantly cleaned and are up to Western standards. They also have free Wi-Fi! Accommodation at Lake Burunge Tented Lodge: a large tent on a 1m high platform, with a continuous hot shower and toilet. British-style plug sockets. Wi-Fi is only in public areas and is limited. Dinner, an ample breakfast, and a boxed picnic lunch.

2. Ngorongoro National Park: visiting a Massai village, $50 per car. They greeted us with a dance, then introduced the village and the school. It's very cute how they teach English in primary school. It is a special experience when they give some insight into their customs and traditions, starting with the presentation of their residential buildings, through the education of small children, to the daily tasks of women and men. We had an incredibly kind welcome, and it was a very memorable experience! Accommodation at Lake Masek Tented Lodge: a large tent pitched on a 1m high platform, with continuous hot shower, bathtub, and toilet. It is recommended to dress warmly for sleeping, as the nights are cold. British-style plug sockets. Wi-Fi is only in public areas and is limited. Dinner, an ample breakfast, and a boxed picnic lunch.

3. Serengeti National Park: the third largest park in Africa. Ostrich, giraffe, elephant, cheetah, lion, leopard, kaffir buffalo, hippos. A balloon safari – a one-hour hot-air balloon ride over the savannah, costing $1,080 for 2 people. The heat blower generates so much heat that no one will get cold. Rising with the sun and directly experiencing the awakening of nature from a height of 200-300m is indescribable. You should not miss the experience when the horizon is painted reddish-orange by the sunrise while the hot air balloon slowly ascends. You can observe the migration of animals from a bird's eye view, which no nature film can convey in such depth. Accommodation at Kati Kati Tented Lodge: a medium-sized tent on the ground, with a shower and toilet. There is a hot shower for as long as the water lasts, but if needed, they will replenish it up to three times. It is recommended to dress warmly for sleeping, as the nights are cold. There is also Wi-Fi in the tent! Yes, in the middle of the Serengeti! 😁 Dinner, an ample breakfast, and a boxed picnic lunch. It is forbidden to leave the tent unaccompanied at night, and you must not bring food in because of the rodents. There is no electrical outlet in the tent!

4. Ngorongoro Crater: the landscape is amazingly beautiful, as green as if we were in Switzerland. We see the migrations of wildebeest, zebra, lion, kaffir buffalo, elephant, and ostrich. Lots of ruminants. The landscape is like Jurassic Park, only without the dinosaurs. 😁 Accommodation: Serena Safari Lodge. A stone-built hotel with an amazing view of the crater. The sunrise is beautiful. Bathroom with a continuous hot shower. British-style plug sockets. Wi-Fi is everywhere, but the speed is poor. It was cold in August, and we needed a thick blanket and a small electric radiator to keep us from getting cold at night. The staff were very kind and courteous everywhere in Tanzania, but especially here!

Clothing: hiking pants with lots of pockets and a shirt are perfect for a safari in the dry season. As for shoes, sports shoes are enough, as you don't have to walk a lot. A hat is unnecessary – the sun is not that strong, and there is shade in the car under the open roof.” (September 2021) 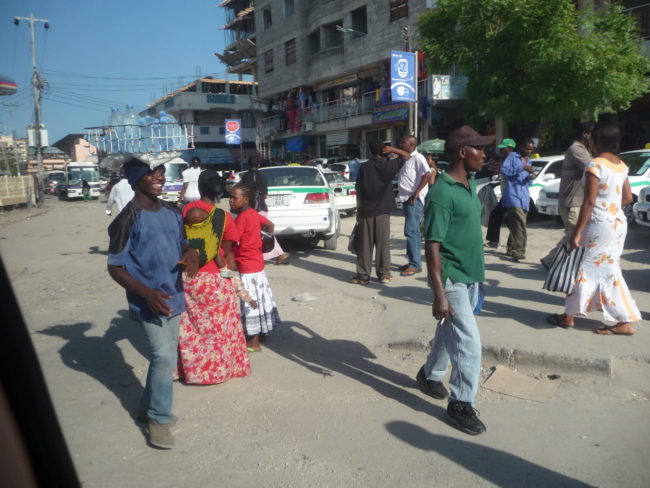 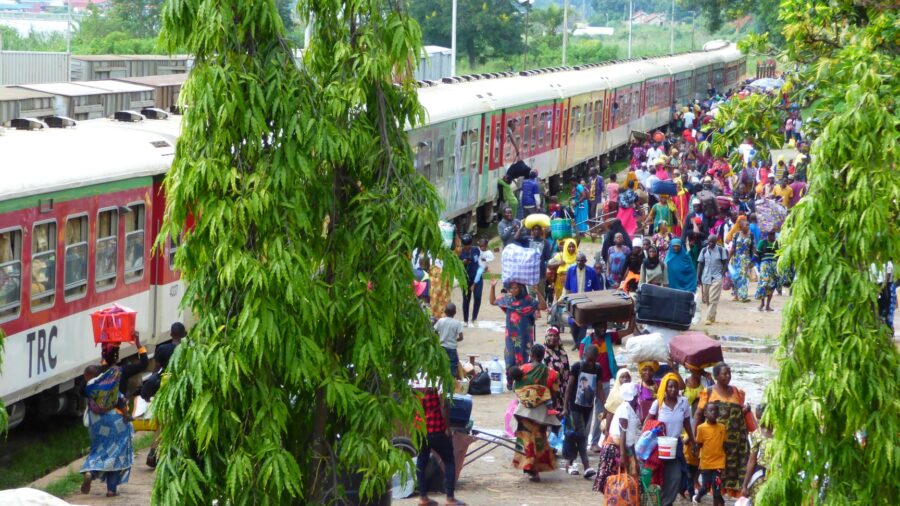 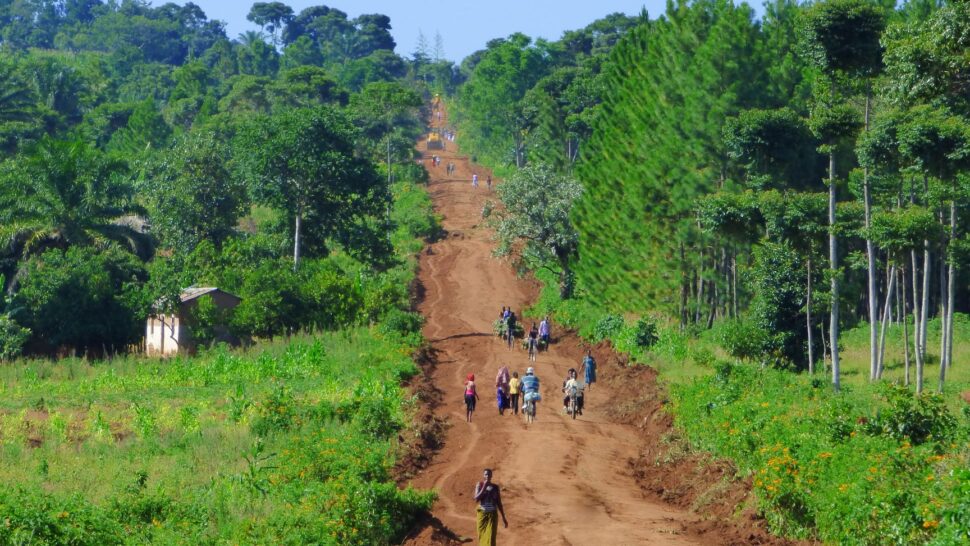 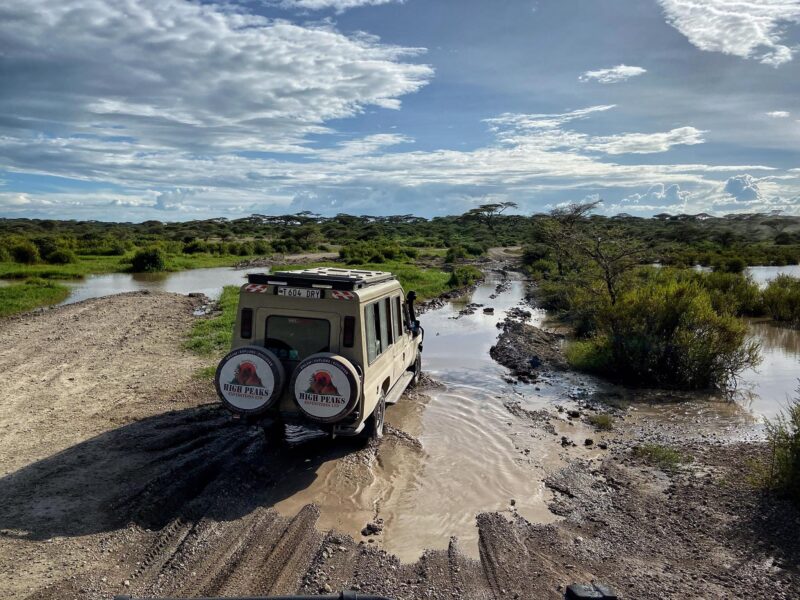 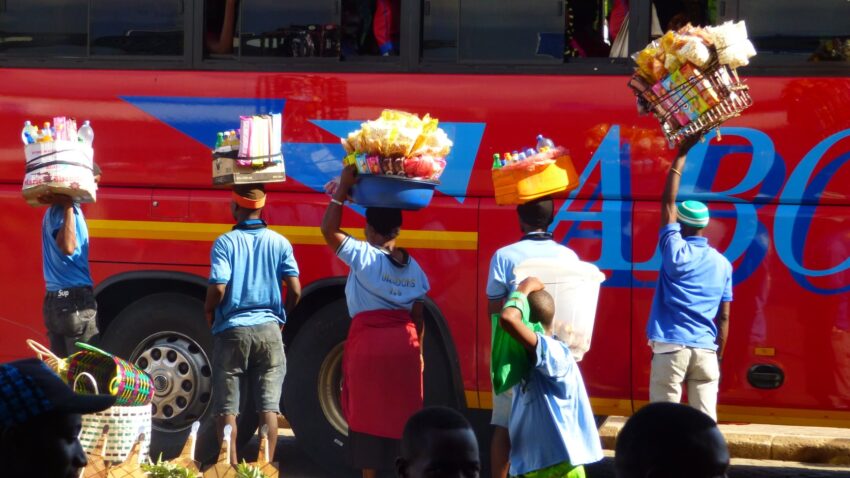 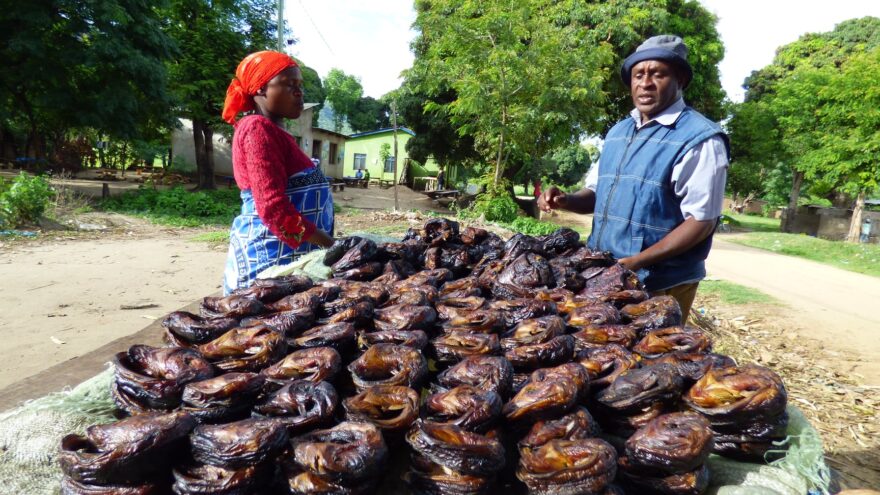 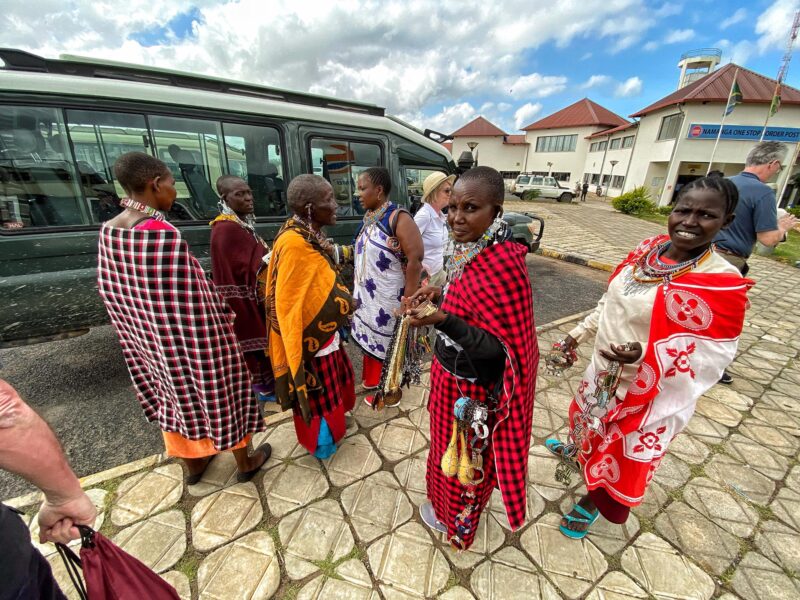 Don’t rest your arm on the outside of a car window, or better yet, don’t roll down the window. A bad guy can pull you out for your cell phone.

Local thugs use fake taxis. Don’t use taxis alone, unless you know the driver personally or he is recommended by a friend (not strangers!). Do not get in if it already has another passenger. 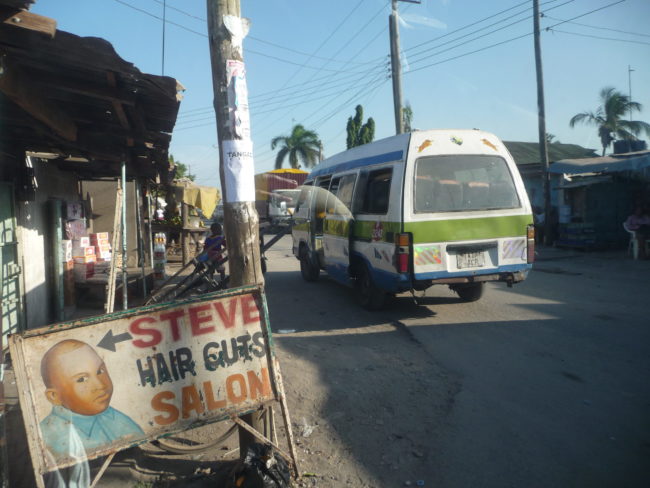 Languages: Swahili is the offiial language, and English is the so-called second official language 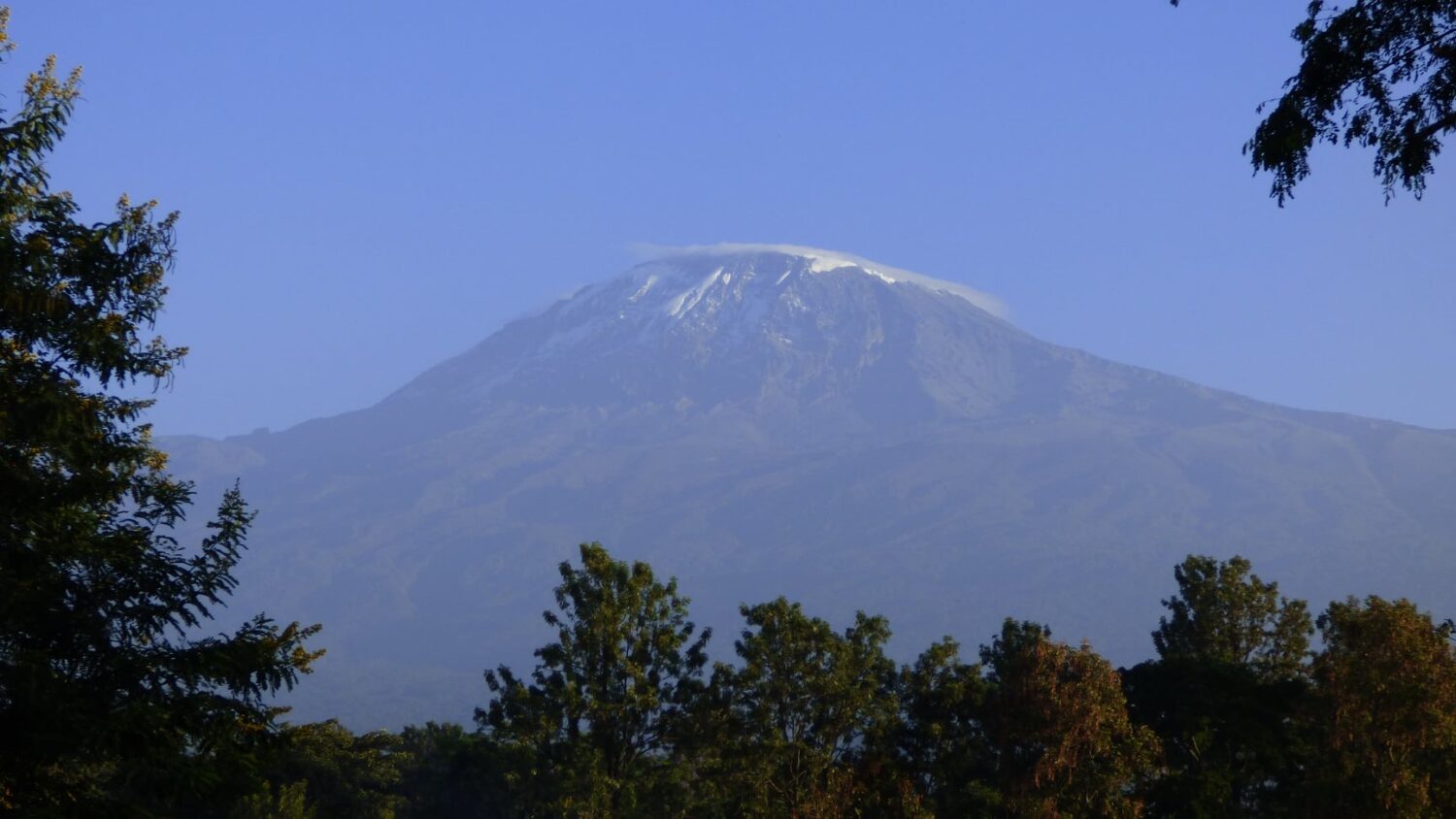 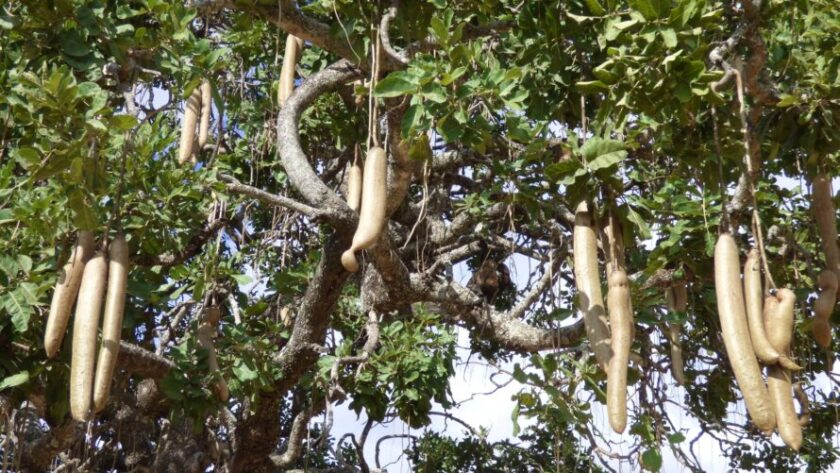 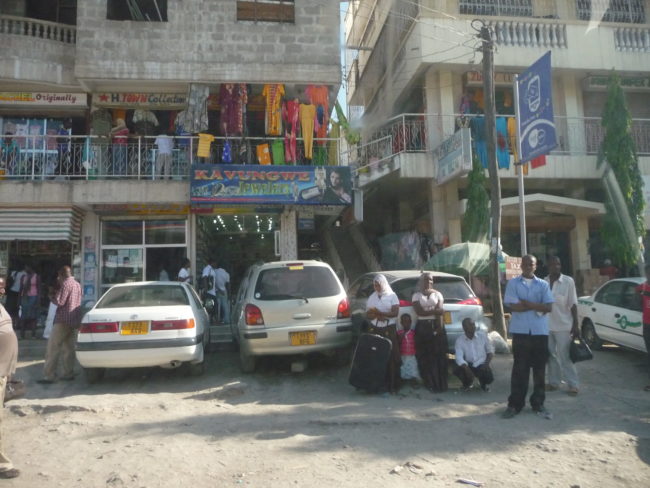 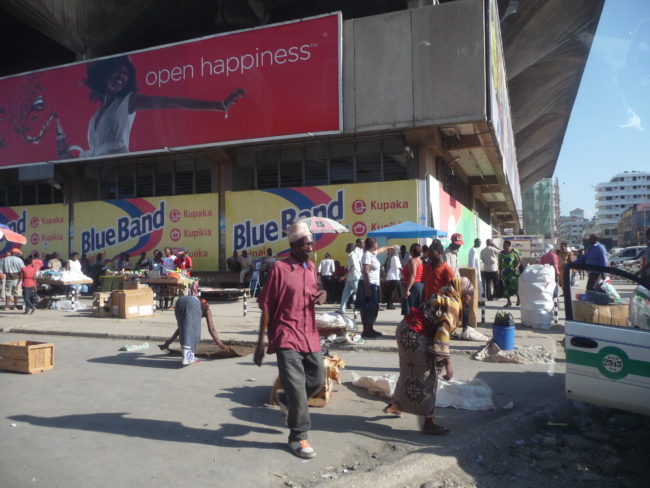 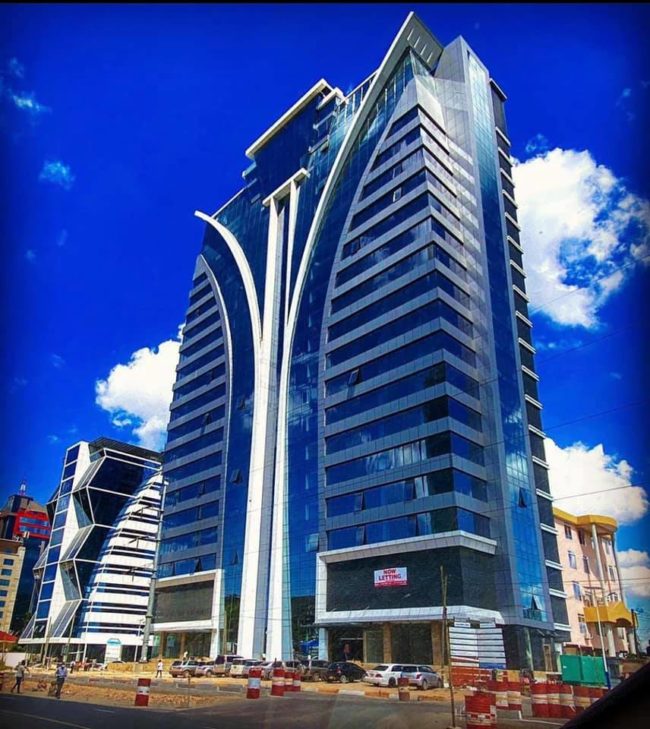 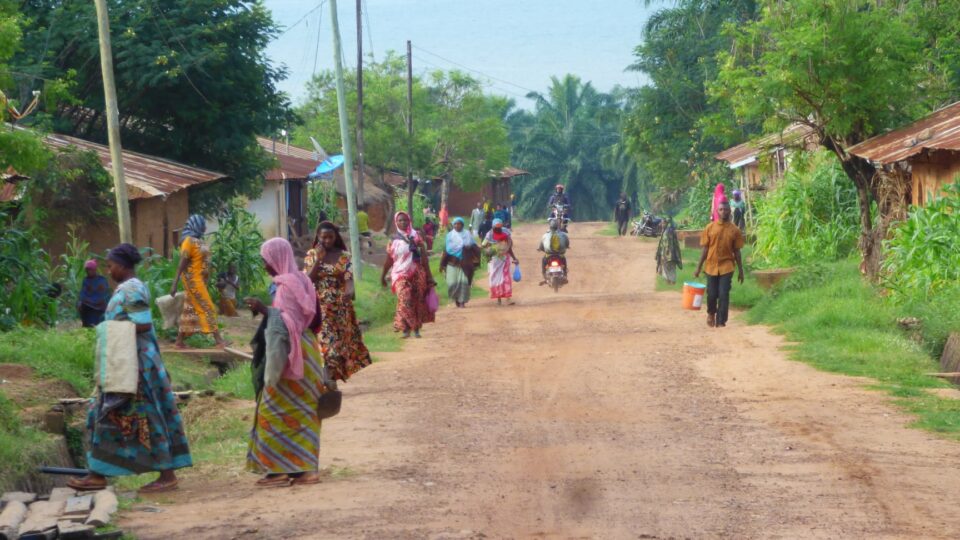 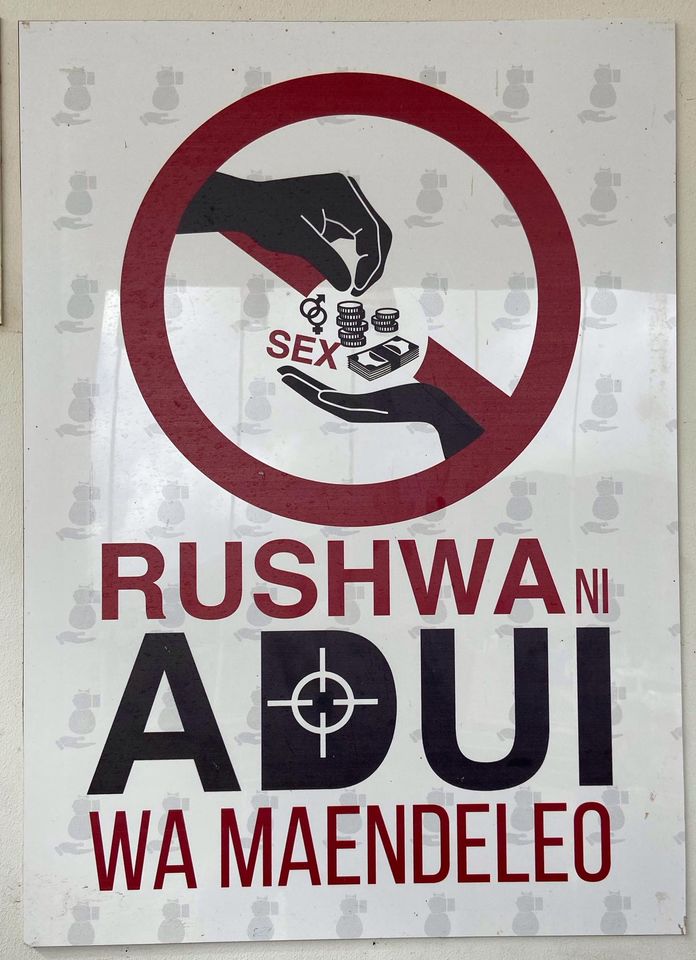 Tanzania - propaganda poster says (in Swahili): Corruption is the enemy of the development - h.a. ma photo 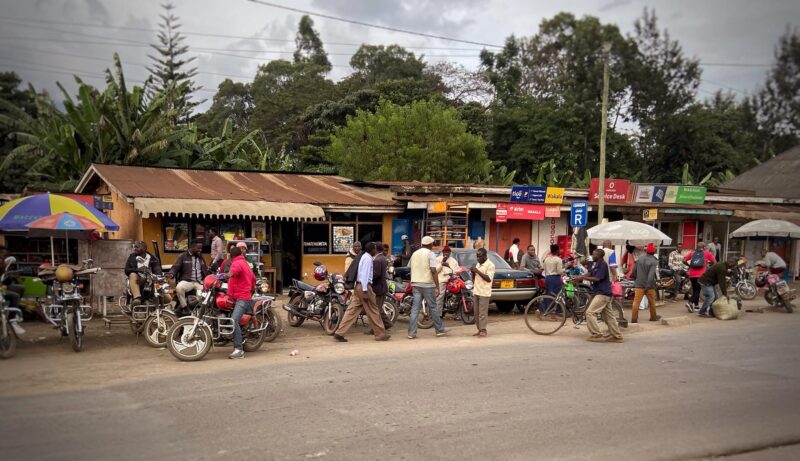 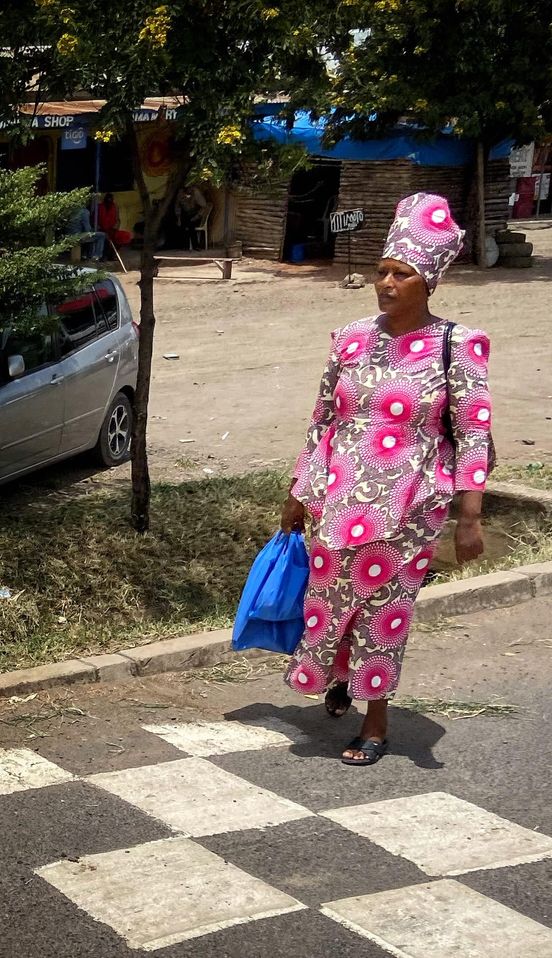 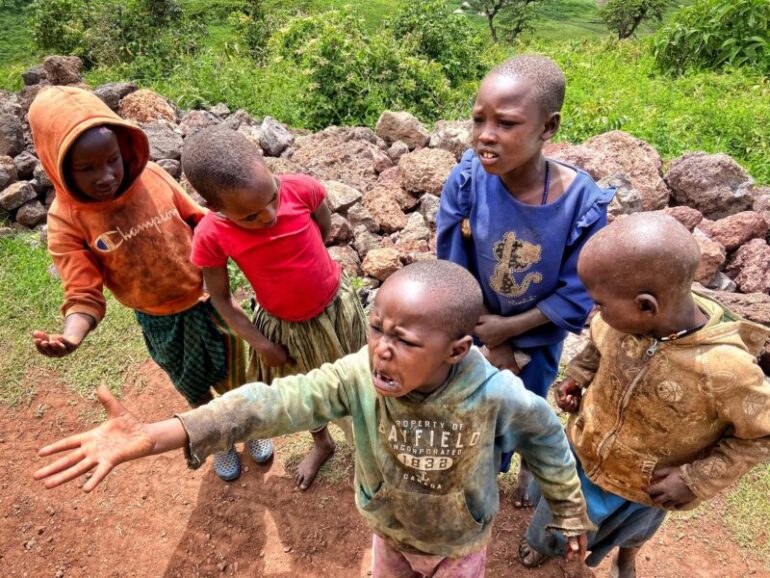 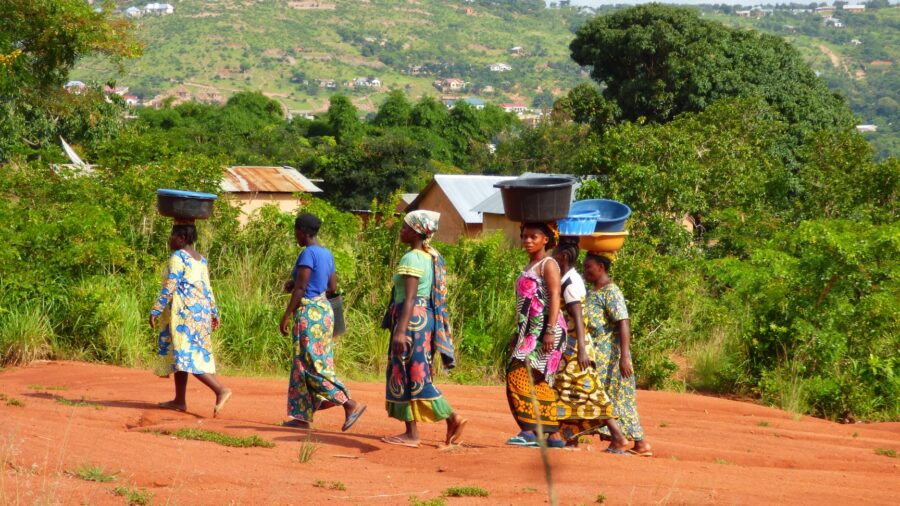 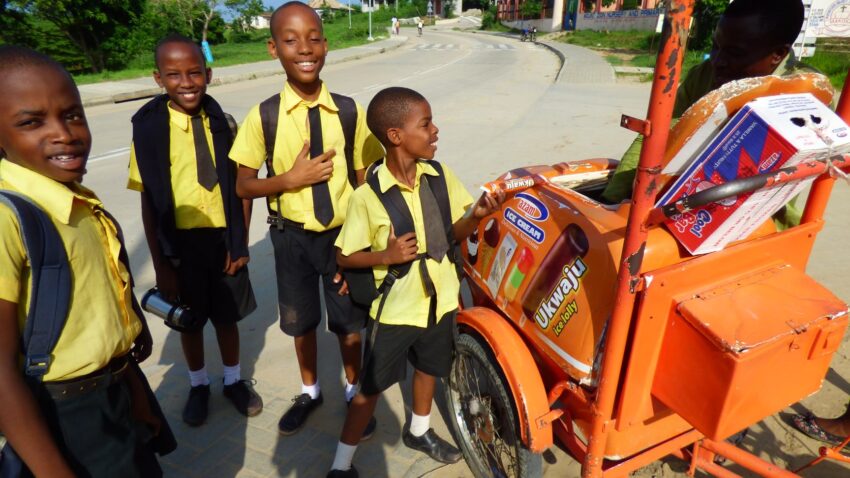 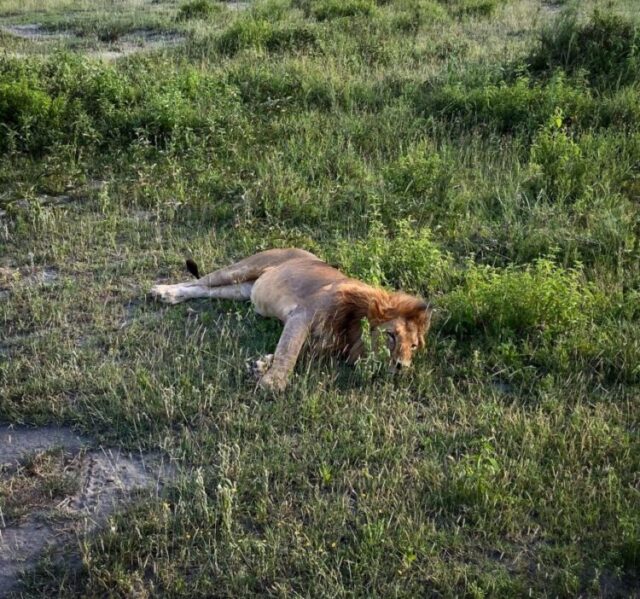 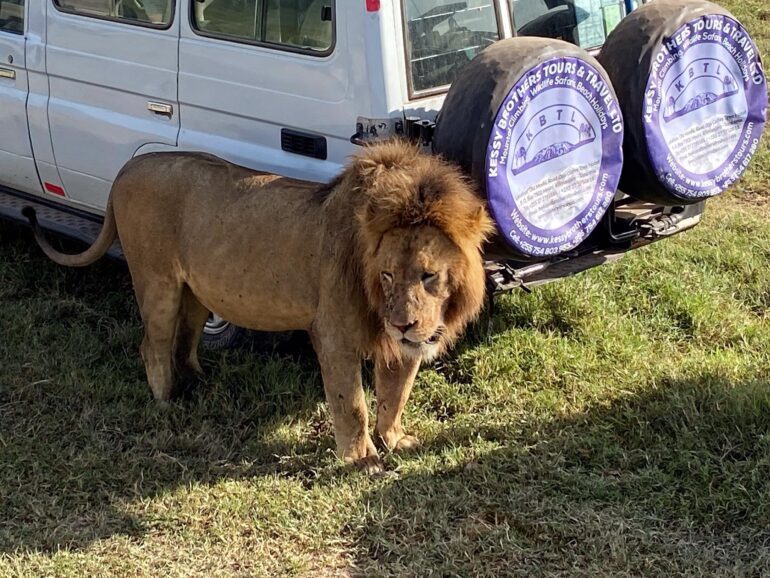 Tanzania - Serengeti National Park - lion enjoys being in the shadow of the jeep - h.a. ma photo 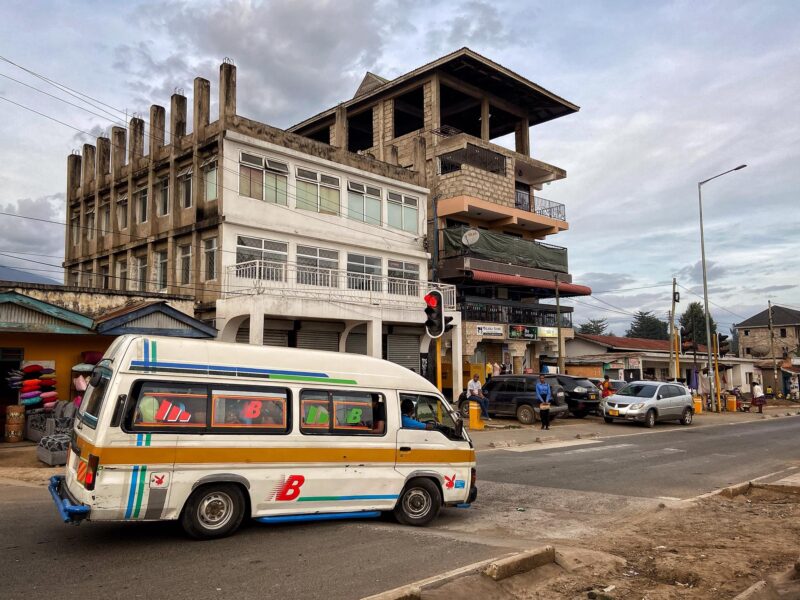 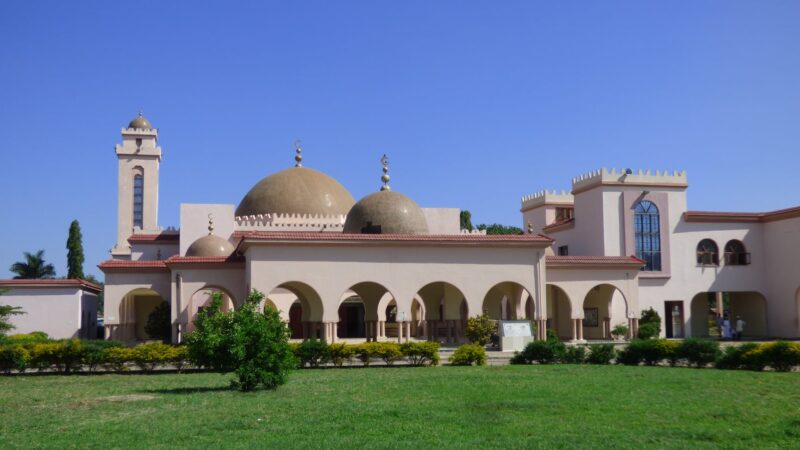 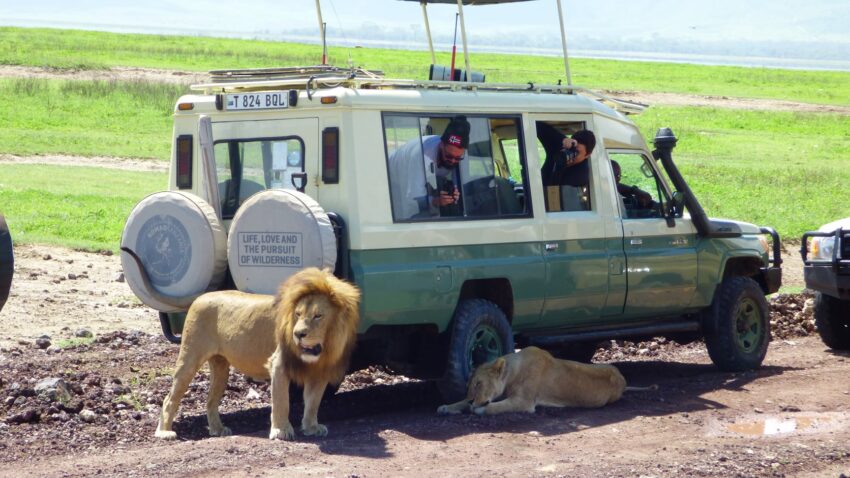 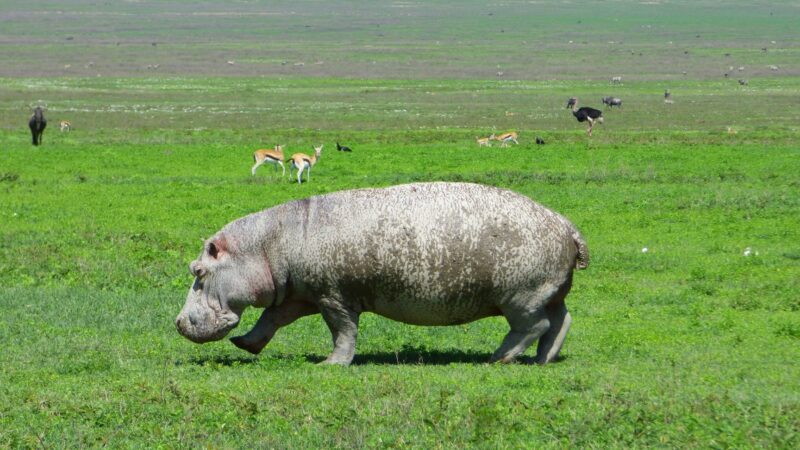 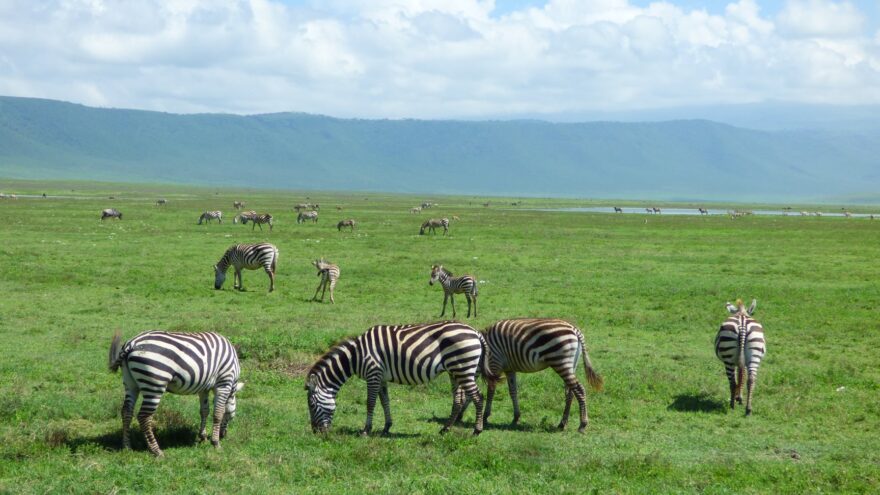 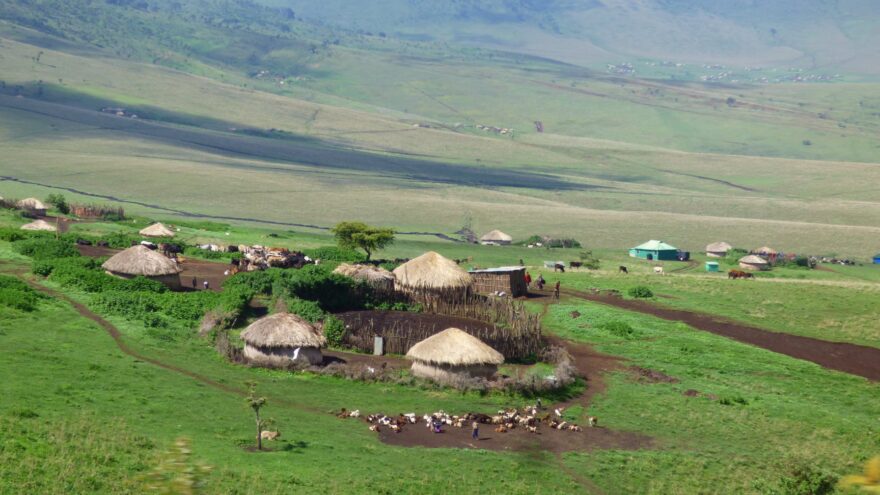