1.   The volcano tour on the eastern side of the island – to see some smoke, maybe a remnant of the last lava outbreak back in 2007

2.   An exciting mix of the French and the local cultures

4.   Swimming safely protected by the barrier reef of the western side of the island

5.   During our 2-week visit, we took good advantage of the many trekking routes

6.   There are many small eateries with reasonable prices

1.   Réunion only has 30 kilometers of a real beach area and most of the beaches have gloomy black sand

2.   Réunion is expensive, about 20% more expensive than France

3.   Fearing a shark attack while swimming in the ocean

5.  Apart from the national park, no remarkable tourist attractions

6. Too many stray dogs - they are not aggressive, but are a nuisance when walking near them.

7. Surprisingly frequent and terrible traffic jams - too many cars on to few roads

“This island is not cheap. I’d say groceries cost about 20% more than in France.

We spent about two weeks on the island. It has a few beaches, lots of botanical gardens and thousands of hiking trails.

Every kind of accommodation is available. We rented a room for about €80 a night. Dinner in a restaurant will set you back about €30 per person. There are also plenty of small diners, though, where you could get lunch or dinner from between €6 and €10.

The car cost €270 for two weeks. Being an overseas possession of France, the currency on the island is the euro. Our total cost for three people over two weeks, included admission tickets, meals, gas, flights, accommodation and gifts came to €4800.” (w.v., 2019)

“We travelled to Réunion on a cruise, so unfortunately we only had two days on the island, but I absolutely loved it, and can’t wait to go back. It’s just paradise, and I’d especially recommend it to anyone who enjoys hiking. I was blown away 😊.

On the first day we visited the Cirque de Salazie and the waterfalls, and on the second day we went up the Piton Maidora, which offers a fantastique view of the Cirque de Mafate and the Piton des Neiges, which is the highest point not merely on the island, but in the whole Indian Ocean. Unfortunately, there wasn’t time to go to the beach, but I’d like to take a look at them next time – there are both white and black sand beaches 😊 😊.

Oh, and this was also where I ate the best meal of the whole two-week trip, in a little creole restaurant in Salazie. So all in all I have only good things to say about Réunion. 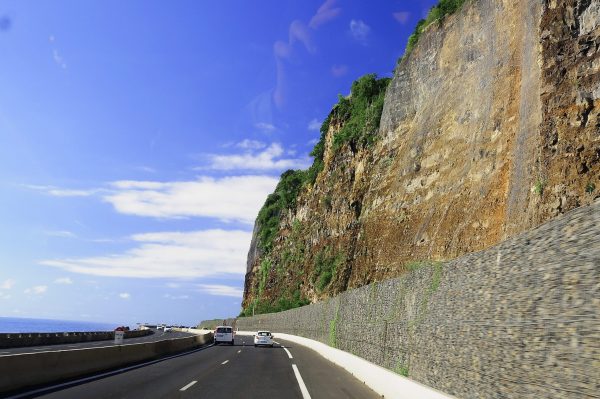 If you can afford, a car rental is the best solution to get around on the island. A 4WD is not needed, not even for mountain excursions. However,  be careful when driving in the mountains. Narrow roads, numerous bends (and landslides in some places), deep verges complicate the driving. Therefore drive carefully.

All the major rental companies are present at Roland-Garros airport in Saint-Denis. We strongly advise you to make a reservation in advance.
Many small local rental companies offer cars at much better prices, but their vehicles' condition can significantly vary.

It is somewhat risky because the local driver doesn't respect the traffic rules, and motorbikers are more vulnerable.
A bigger problem: insurance doesn't cover motorcycle theft, and the rental companies mostly ask for by credit card a deposit of the larger motorcycle's market value. So, beware of theft, and try to assess the condition of the rented equipment.

Biking is not that easy given the relief of the island. The only roughly flat routes cover all of the coastal roads, but it's not easy due to the headwinds, the many false flats on the east coast, and fast-moving cars. In short, cycling on principal axes is mostly discouraged.
Nonetheless, in recent years, broad yellow bands have developed for cyclists along national roads, particularly between Saint-Paul and Étang-Salé-les-Bains or south of Saint-Pierre.

The island is very well served by public buses, especially to the west; less to the east, where you can't find much after 6 p.m. anyway).
There are two kinds of bus lines: roughly, those on the coast, the fastest and most important (this is Car Jaune), and those that serve the Hauts and the main towns' surroundings (by the way, very picturesque).

The accommodation offer in Reunion is sufficiently diverse to suit all budgets, from camping to 5-star hotels. Prices are higher between Boucan-Canot and Saint-Leu, the most touristy area.

April-May, July-August, but especially October-December are the most touristy periods, therefore, the busiest, at least for the hotels on the west coast along the sea ​​and for hiking lodges. Lots of people everywhere,  hence you better book well in advance.

Food is essentially Creole, although there are Indian, Chinese, and mainland French restaurants. The local cuisine is good, plentiful, and sometimes spicy. There is an apparent Indian influence there. The recipes also recall Malagasy and African dishes.

Local products play a large part in the originality of Reunionese cuisine. Some fruits that are picked green are primarily cooked as vegetables. They are used as fruits when ripe. Their flavors are astonishingly rich.

As for the meat, you mainly find poultry (curried chicken, smoked duck), from time to time pork or beef.

Choice of fish and shellfish: swordfish, marlin, banana tuna, large shrimps (camarons), and lobsters (both expensive). In Salazie and the Langevin river, you can enjoy good farmed trout. Note that the restaurants often use frozen fish. Too bad on an island.

Restaurants usually close early, noon, and night (except on the West Coast) 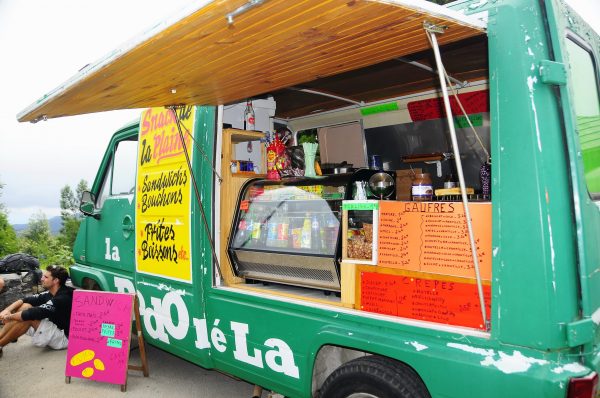 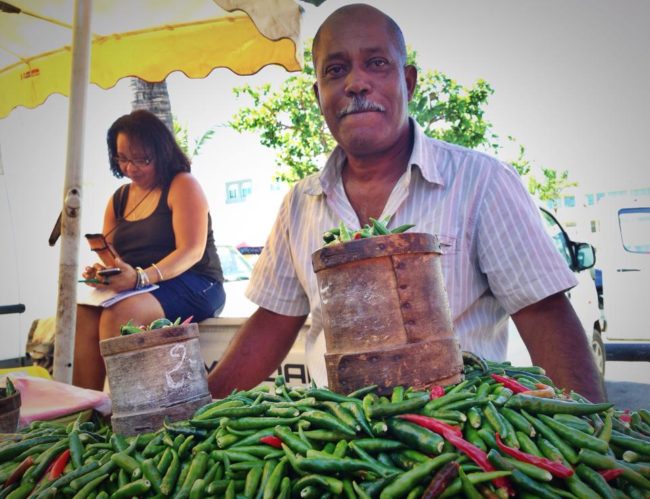 On the beaches, take the danger of high waves and underwater currents very seriously. Fully respect the signs posted on the beaches and avoid swimming when the sea seems too rough. Accidents are rare, but they happen, most often as a result of irresponsibility.

Every traveler who prepares a trip to Réunion knows about the shark risk issue. The local authorities systematically issue decrees to prevent shark attacks. The orders regulate swimming and certain sea activities within the 300 m strip of the Reunion coast.
Surfing, bodyboarding, bodysurfing, sea longboarding, paddleboarding are only authorized in the 22 km (13,6 mi) of lagoons between Saint-Gilles and Saint-Pierre and in equipped and supervised areas. These include designated natural pools created by the sea, protected pools, basins.
Other sea areas are outfitted with anti-shark nets.  In any case, check the rules with the local lifeguard station before swimming. Beyond the 22 km of lagoons and the spaces mentioned above, swimming, water activities are strictly prohibited.

Over the past 30 years, there has been an average of one officially registered attack per year, some, rather exceptionally, fatal. However, since 2011, there has been an upsurge in attacks (about twenty), including several fatal. It should be noted that none of them happened in the lagoons.

The shark issue is - of course - sensitive for the island's tourist industry. Several hypotheses have been put forward on the behavior of bulldog sharks and tiger sharks. But it is clear that the latest accidents were mostly connected with the negligence of the safety instructions. You must respect the color of the flags on the beaches.

Mosquitoes bite day and night. Epidemics of chikungunya or dengue can pass, as was the case for dengue in 2018 and 2019. Take good care of the prevention and cover the arms and legs as often as possible.

Do not underestimate the risk of sunburns. Sunrays are incredibly intensive between 11 am and 3 pm, even if there are clouds, even in foggy mountains, especially when you go to the volcano! Those with very white (,, pink'') skin should be particularly careful.

1. Before starting a long mountain hike, inform about the weather forecast and the trails' actual conditions.

2. Hotels, some restaurants, bars, and even some public spaces have free wifi. Sometimes that wifi secures higher speed than a 3G and 4G connection. Once connected to wifi, you have access to all Internet telephone services: WhatsApp, Messenger (Facebook's messaging system), Viber, Skype.

Reunion is a French territory, an island in the Indian Ocean, east of Madagascar and southwest of Mauritius. Mainland Africa (the coast of Mozambique) is 2100 kilometers (1550 mi) far from Reunion.

Reunion is an overseas department and region of France, not a colony, neither an independent state. 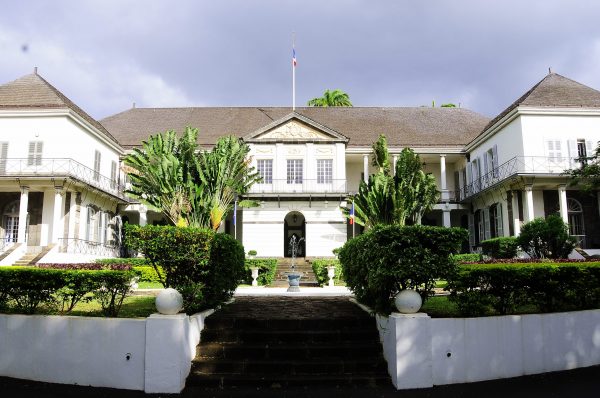 Do not imagine the island as a vast beach bordered by coconut palms (like in the Caribbean). It is, above all, a volcanic and mountainous island.  The Piton des Neiges culminating at 3,070 m (10,072 ft), a former volcano, gave birth to the island when it came out of the waves. It constitutes the first mountain range, surrounded by several peaks exceeding 2,000 m (6560 ft).

The coastal areas are absolutely not alike. Therefore, a complete tour of the island is necessary to get a fair idea of ​​the diversity of Reunion: lagoons and sand to the west (protected by a coral reef), cliffs and lava to the south-east (to the shadow of the volcano). The cities are confined to the coast, and the industry is almost non-existent: cane sugar and tourism mainly.

Each tourist hub has its "capital": Saint-Paul / Saint-Gilles to the west, Saint-Pierre to the south, Saint-Benoît to the east, and Saint-Denis to the north.

There are no poisonous animals on the island. The snakes you might see are not dangerous. On the other hand, while little scorpions are not fatally dangerous, their sting hurts much more than a simple wasp sting. 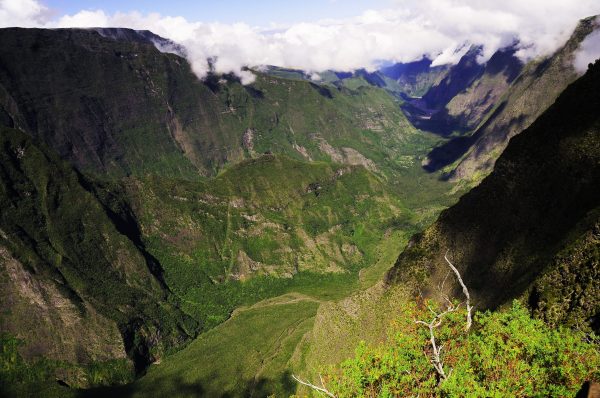 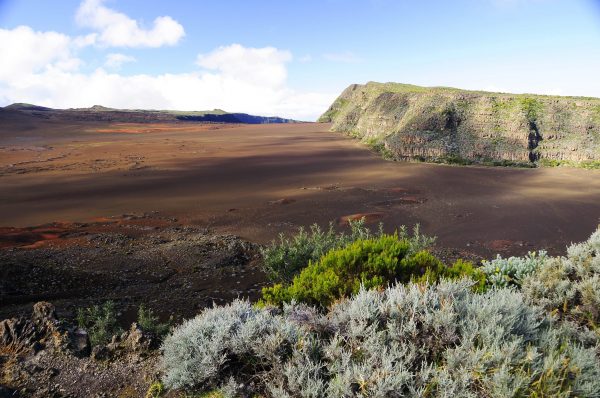 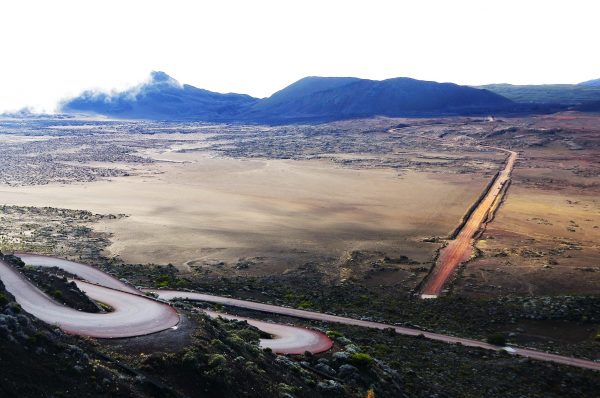 Most locals speak Creole, even if French is the official language.  This  Creole comes from the French spoken in the 17th century and mixed with Tamil, languages from Madagascar, and even Portuguese.
The Creole language is taught at the University of Saint-Denis, and some local organizations suggest that the teaching of French should be done as a foreign language for children in primary school.

Half of the population actually speaks Creole only.

About 10-15% of the population is illiterate.

The Reunion National Park is a UNESCO World Heritage Site. It occupies 40% of the island's territory. 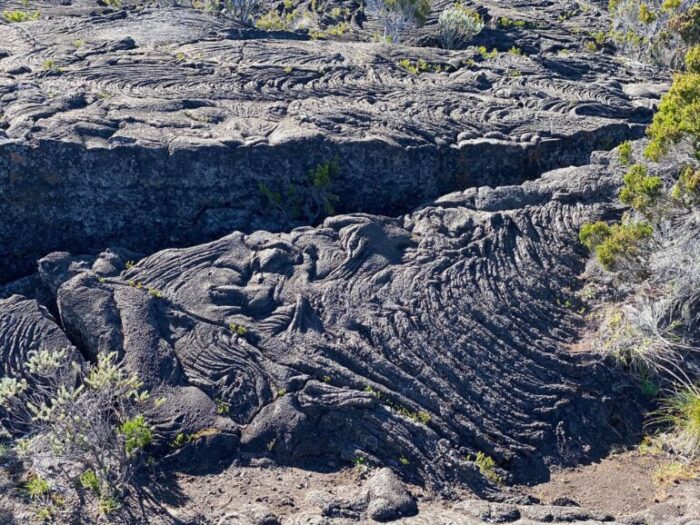