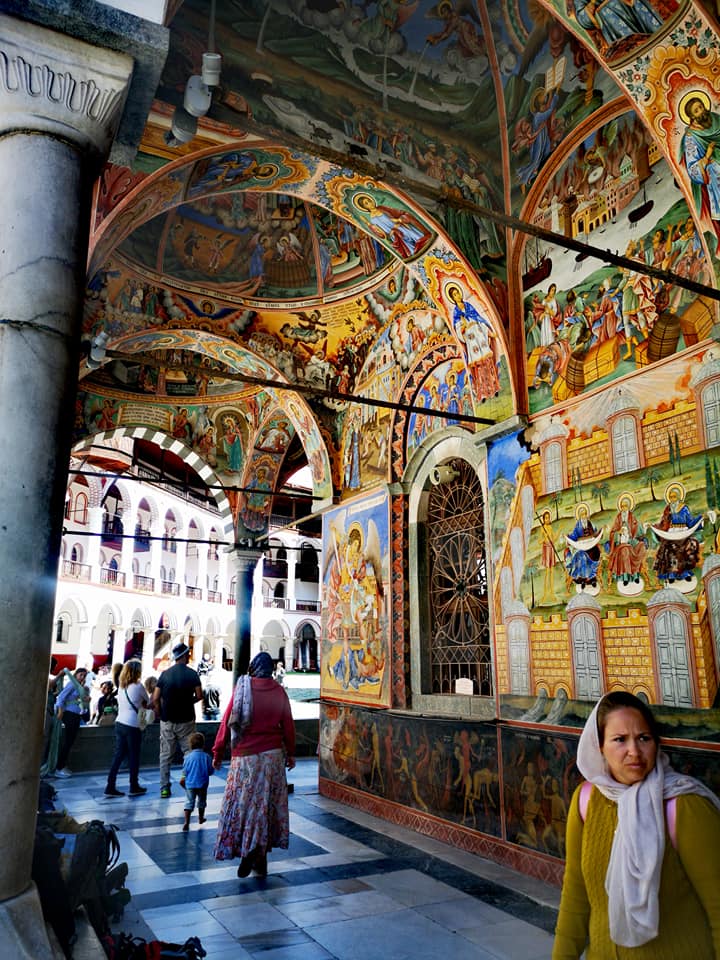 1. The locals are friendly and hospitable
2. Away from the coast, Bulgaria is one of the cheapest places in Europe
3. Good, tasty food
4. The landscape is diverse and unspoiled (high mountains, sea, beautiful green landscapes) and there are lots of pretty, traditional villages
5. It was interesting to learn more about Bulgarian history while we were there
6. The flowing rhythms of Bulgarian folk music are captivating
7. If you’ve ever lived in the other formerly communist countries of Central and Eastern Europe, the sight of Zhigulis, Trabants and prefabricated housing projects will make you feel right at home
8. The public safety situation is basically good
9. From a tourist perspective it hasn’t been completely ruined yet
10. The beaches along the Bulgarian coast are significantly less crowded than along the Italian Riviera or the Cȏte d’Azur.

1. I understand the Bulgarian arguments regarding hygiene, but the number of wet toilet seats in public bathrooms was a serious test of my thigh muscles
2. Here too you see enormous differences in wealth, with big discrepancies between the quality of life in different regions. There’s a lot of poverty (and many beggars) – wild-west capitalism in action
3. It isn’t easy to navigate by road signs, especially if they’re only written in Cyrillic
4. It’s difficult to get used to the different body language and gestures
5. There are a lot of bleak, barren parts of the countryside
6. Plenty of wild drivers, and the railway system is visibly in decline
7. A lot of potholes – the roads are not well maintained
8. Many ugly concrete buildings left over from the communist period
9. Mass tourism at the coastal resorts is not a pretty sight
10. When we visited the cathedral in Varna we had the impression that the people lurking behind us had not come to pray, but rather saw it their sacred mission to purloin our valuables 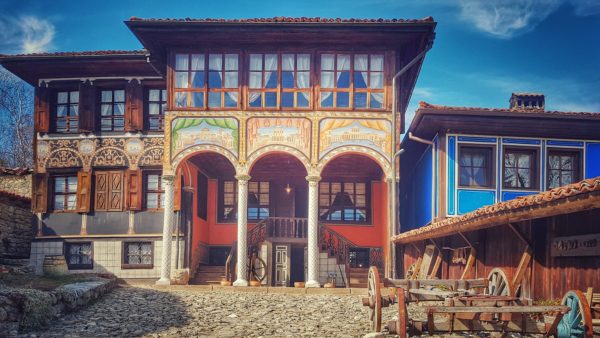 1. Cheaper than countries like Hungary, Poland and the Czech Republic.
2. Pretty beaches
3. Friendly locals
4. They sell bottled water at low prices, and it has a better taste than back home because of the high ph. levels
5. Plovdiv, Nessebar and Sozopol are unmissable

1. Not many people speak English
2. Few street signs or street names, and when they do exist they’re written only in Cyrillic script
3. A lot of half-finished buildings
(Esther, 2018)

“When we entered the country we didn’t see much difference compared to Serbia when it came to cleanness. Maybe Bulgaria is fractionally less littered, but I wouldn’t put money on it. Both sides of the road are carpeted in litter, and we imagined we’d have a lot of stray dogs to deal with, but in this respect I have to say that the country has seen some positive changes.

Bulgaria is an exciting country, with a lot of novelties and surprises for curious visitors. Don’t expect anything too spectacular when it comes to sightseeing in cities, except for Plovdiv and perhaps Veliko Tirnovo and Nessebar. The beaches are average at best, but the mountains are wonderfully romantic, worth days or weeks of hiking, and nor will the remote mountain monasteries disappoint. I wouldn’t necessarily recommend a biking holiday, but nobody should be afraid of Bulgaria – it isn’t a dangerous place." (me,2019) 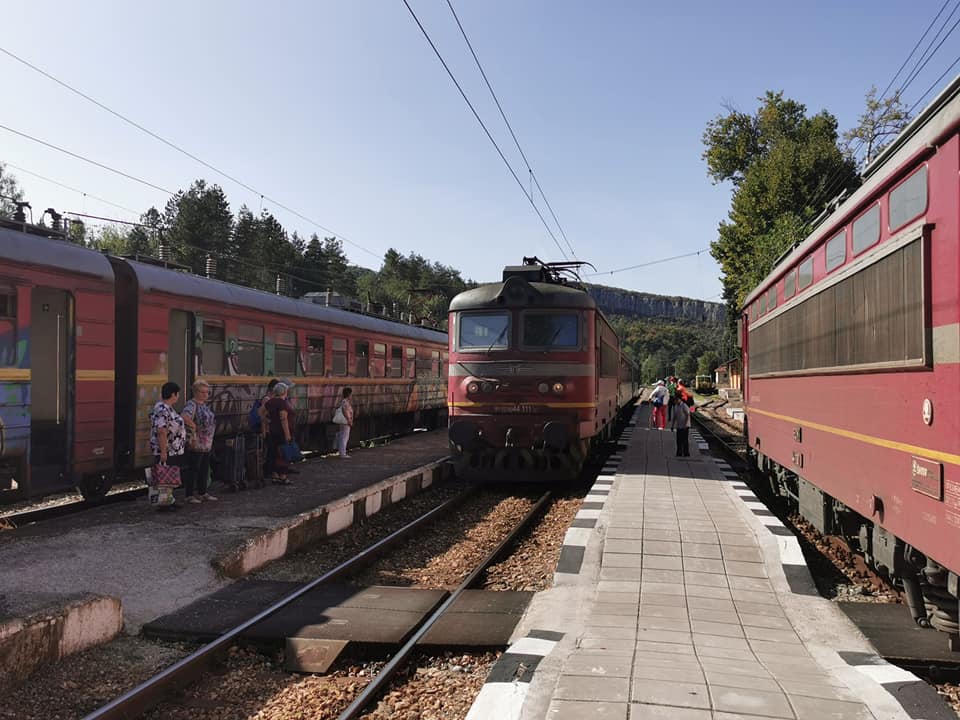 Bulgaria - a railway station in the countryside - Ata photo 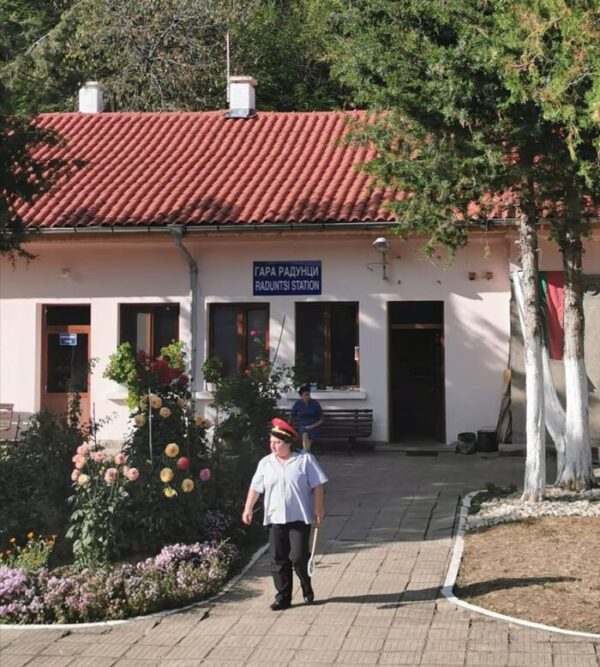 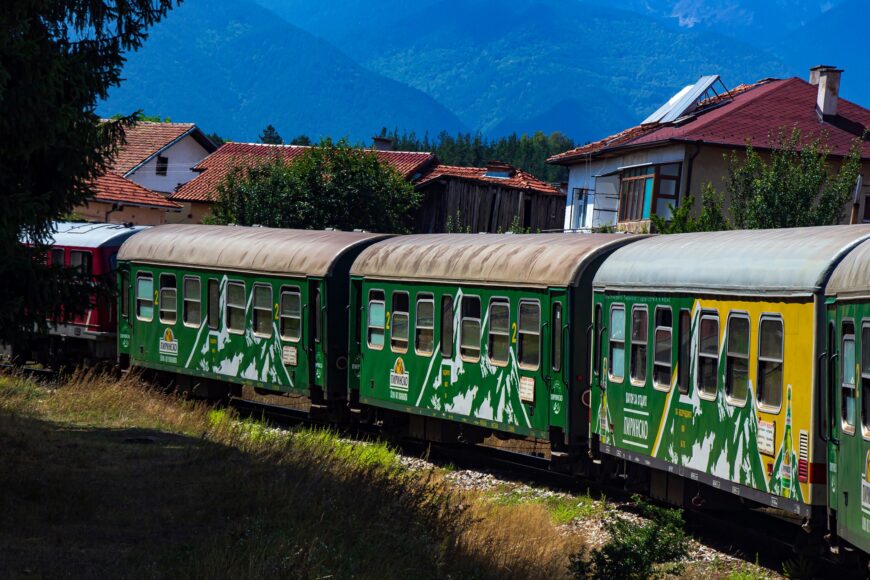 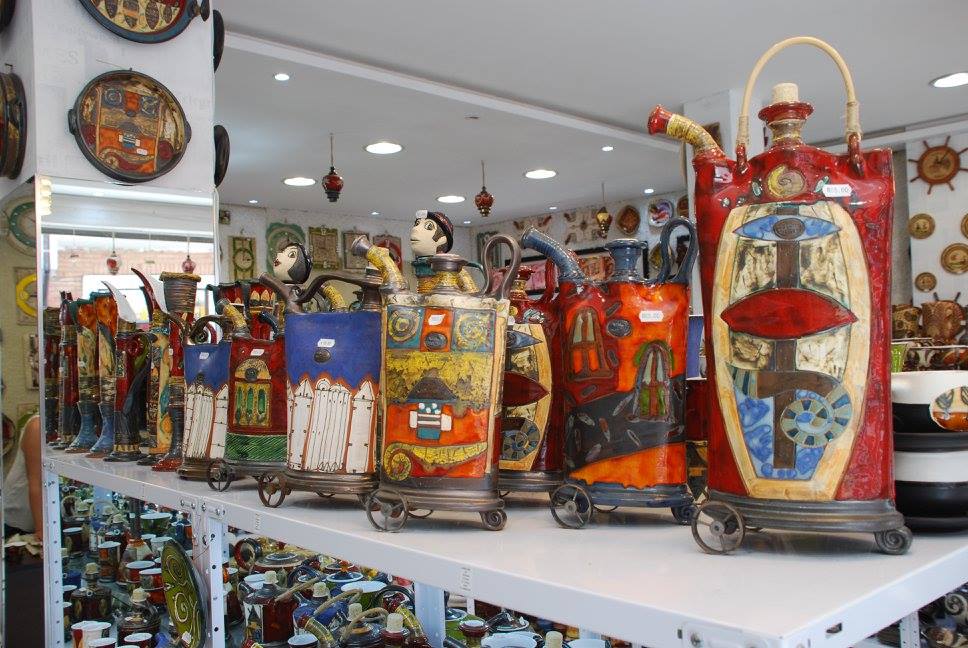 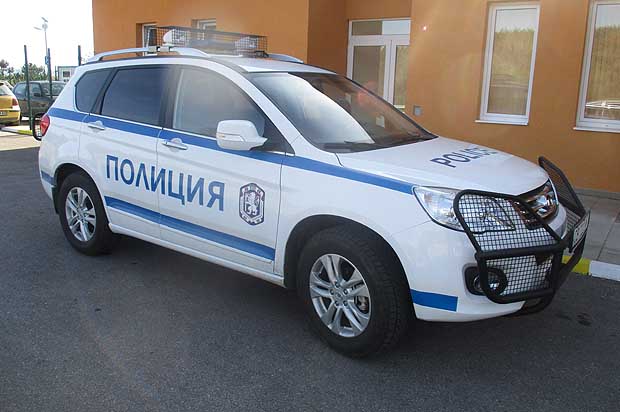 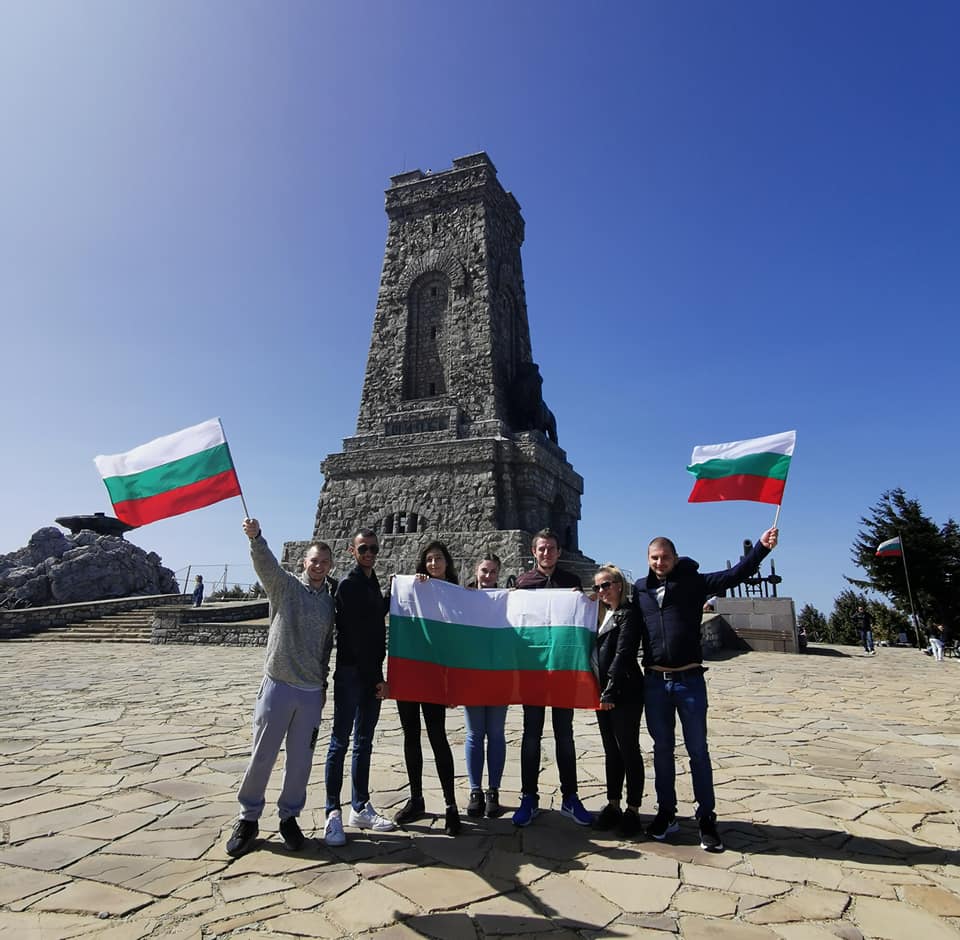 Bulgaria is a Southeast European country located in the eastern part of the Balkans.
Its neighbors are: Romania (north), Serbia and North Macedonia (west), Greece and Turkey (south). Bulgaria has a long Black Sea coast on its eastern side.

60% of those who consider themselves religious are Eastern Orthodox and about 8% are Muslim (Turkish minority). 3-5% of the population is Romani (Gipsy) – Europe’s largest Romani minority.

Official language: Bulgarian, a South Slavic language (its closest relative is Macedonian) and the first Slavic language to have been written.
The Bulgarian alphabet is a version of Cyrillic (also used for Russian and Serbian)

Capital city: Sofia (in the western part of the country, 1,132 km away from the coast)

Bulgaria is a republic, a member of the European Union and NATO.

Bulgaria is the poorest country in the European Union. In Bulgaria, it is enough for a family to be able to pay its utility bills on time to be considered lower middle class.

Bulgaria has the second highest number of smokers in Europe and ranks sixth in the world in that respect.
Bulgarians think of themselves as: smart, warm-hearted, hard-working, too curious about other people’s incomes, family-oriented, funny, like to criticize their own country, able to be real drama queens sometimes.

Some stereotypes about Bulgarians in other countries:
Sly as a fox, talkative, selfish, skillful gardeners, men are very macho and bulky (but also formally very polite to women), quick to learn foreign languages
Romanians often say that Bulgarians are not honest.

Bulgarians insist that yogurt was invented in their country. About 300 types of yogurt are sold in Bulgaria. 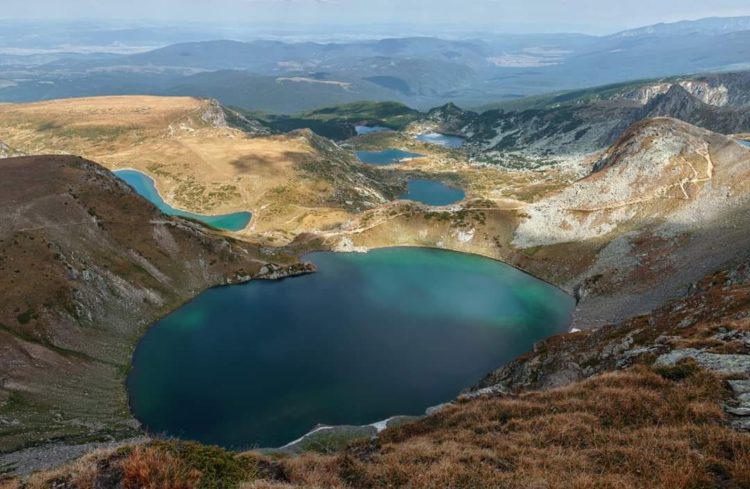 Bulgaria hasn’t changed its name since 681 AD, the date of the country’s creation.

Bulgarians shake their heads to mean yes and nod for no. 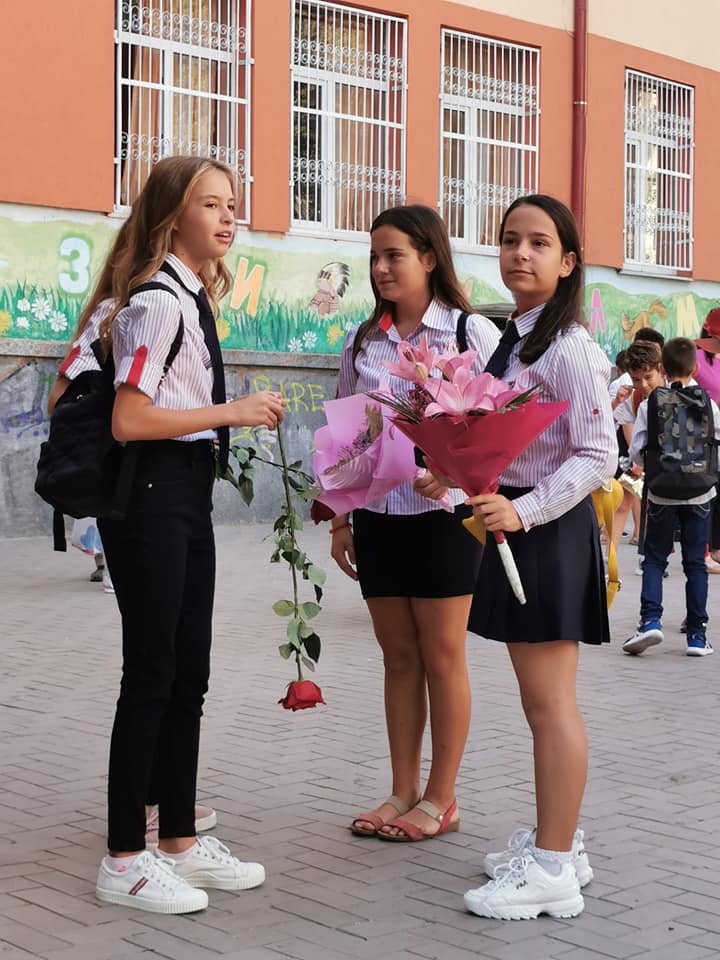 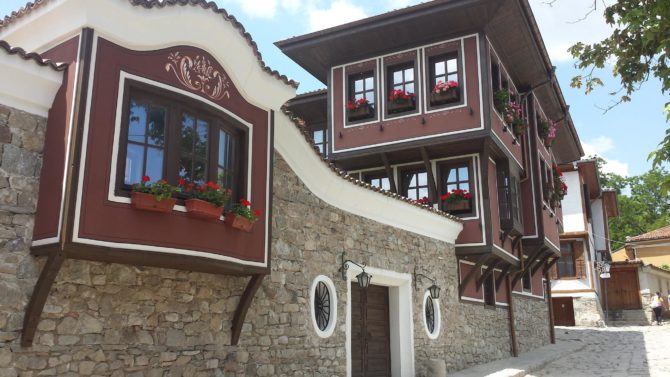 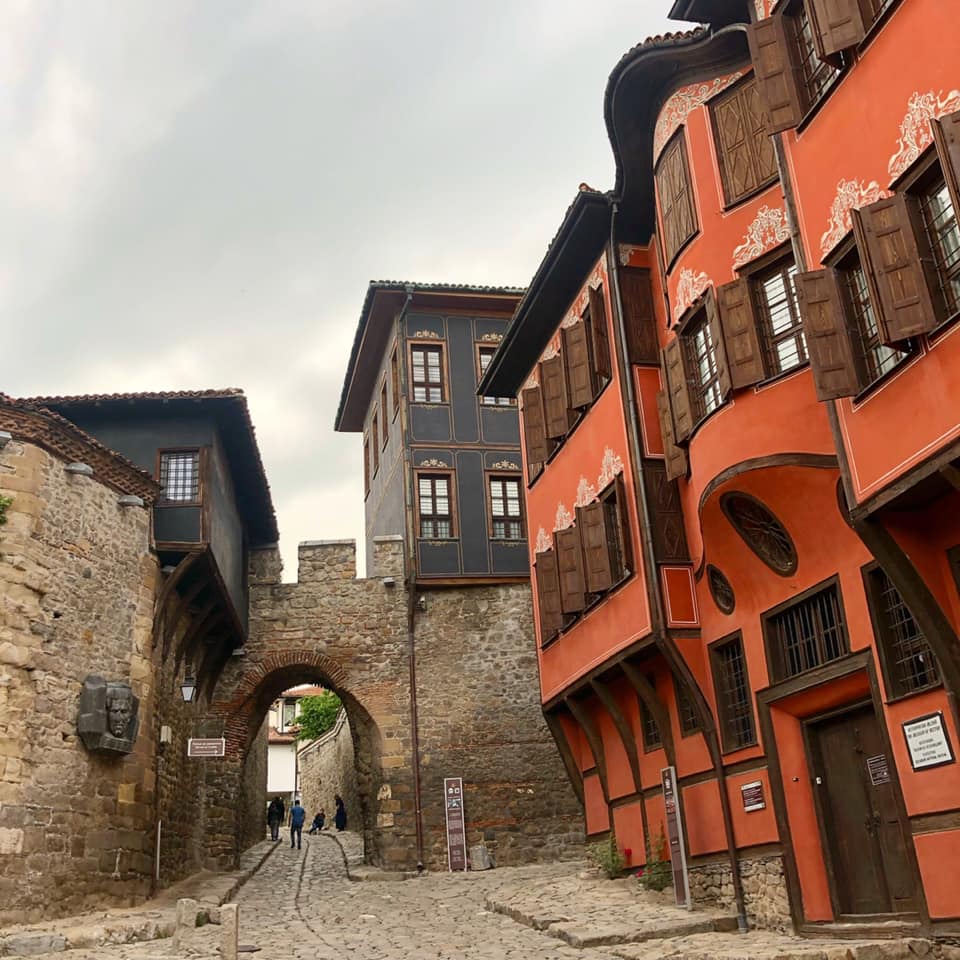 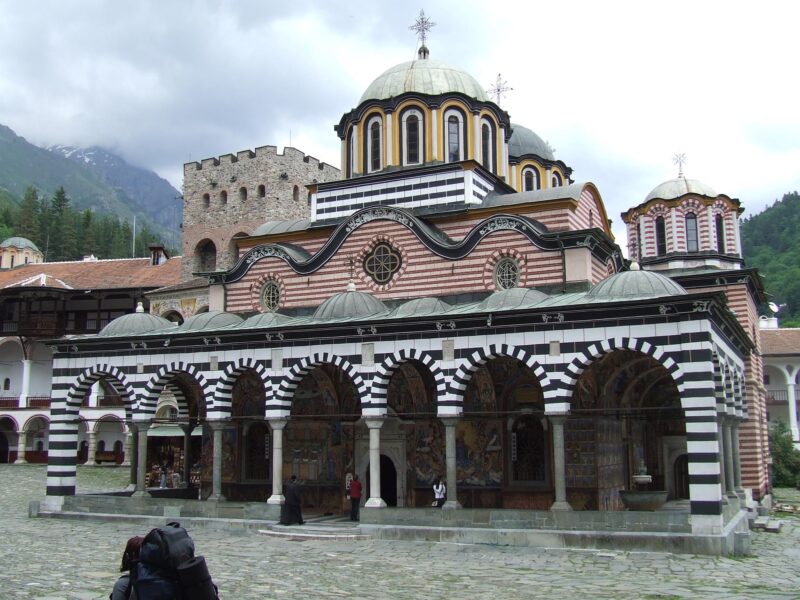 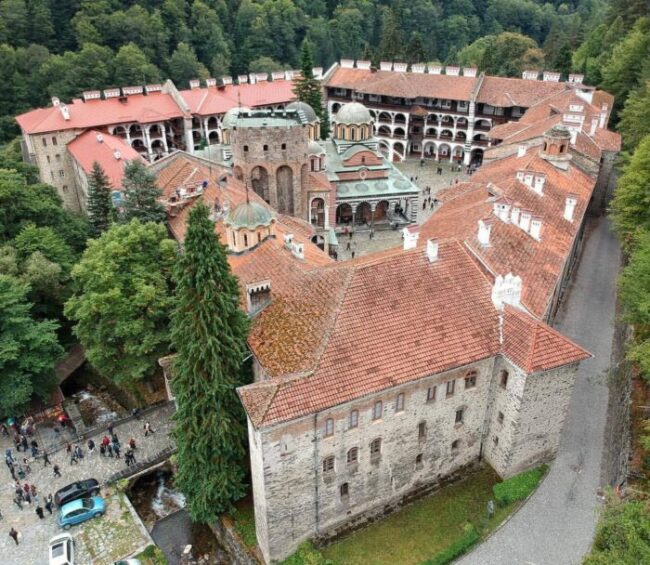 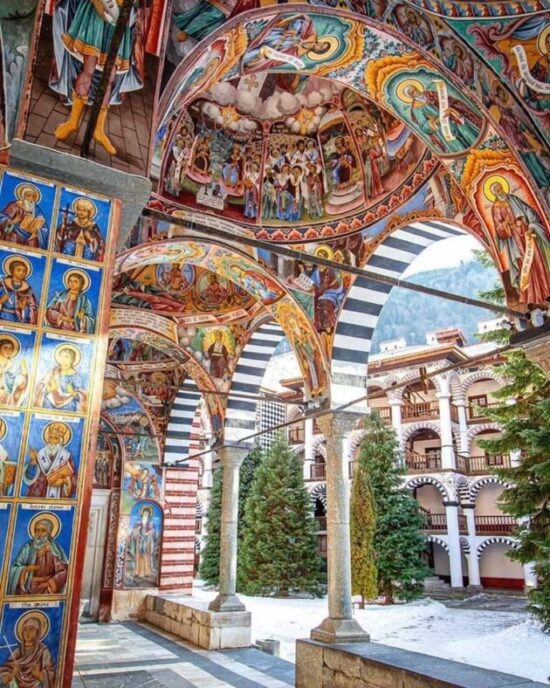