1. The locals have a particularly welcoming, spirited and straightforward character – it is very easy to strike up a conversation with them

2. Many locals speak either English or German

3. The cafés, squares, streets and nightclubs are full of beautiful girls and handsome, tall guys

4. Many nightclubs stay open till daybreak

5. Taking a late afternoon stroll down Knez Mihailova, a charming pedestrian street with many street artists

6. The peaceful Kalemegdan park, preferably during the day

7. Drinking from the perfectly clean water of the public drinking fountains (like in Rome)

8. The lively groups of people chatting in the parks, cafés, streets – locals clearly like socializing in public

10. The street art in the Sava Mala neighborhood (we hope those murals will be preserved)

1. Nightclubs don’t get into full party mode before 1-2 am

2. The locals talk pretty loud (which can be somewhat bothering)

3. That’s just my taste, but I found that many young locals are somewhat overly styled and too many women have obviously surgically enhanced faces

4. The predatory look in the eyes of the taxi drivers who can’t wait to rip you off

5. Belgrade is not yet adequately prepared to receive foreign tourists (poor information infrastructure), although there has been some noticeable progress in the past few years

6. The tramways are really ugly and worn-out

7. The ugly buildings sandwiched between two beautiful ones

8. Some restaurants in Skadarlija are overpriced

9. The slippery cobblestones after it rains 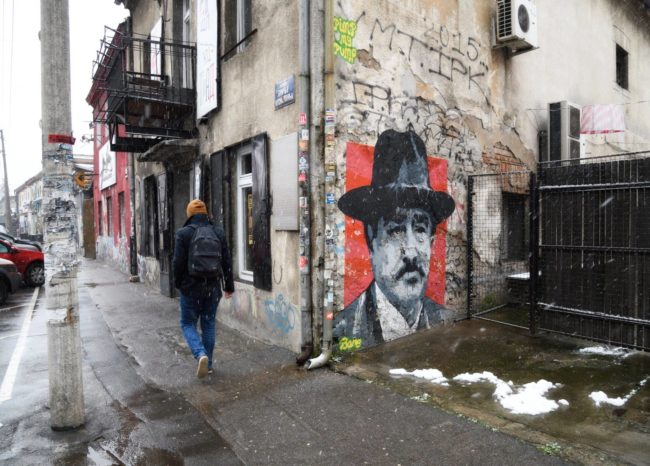 “Belgrade has clearly become the new darling of Europe’s hedonists – the food is cheap and good, and even in the early hours of the morning it’s hard to find a bad pastry or sandwich.

The atmosphere in the city is sometimes a romantic mix of Mediterranean and Balkan, but mostly depressingly gray post-socialist-realism. The nightlife, on the other hand, is great. It’s much cheaper than in Budapest, and less fake and touristy – there’s an honest authenticity about the scene here.

The best places in the city are the boat-clubs on the banks of the Sava river, which include everything from run-down grime to suited-and-booted swank. I think it’s important to mention that all the locals we met were proud, temperamental and friendly.

Altogether I’d say Belgrade is a great place to eat, drink and have a party – we’ll definitely be back.

Food: Prilog, which is an eatery in the center of town. It serves ćevapi, pljeskavica, and similar dishes. Fantastic.
Stara Hercegovina restaurant. Mid-range prices. Great side dishes. 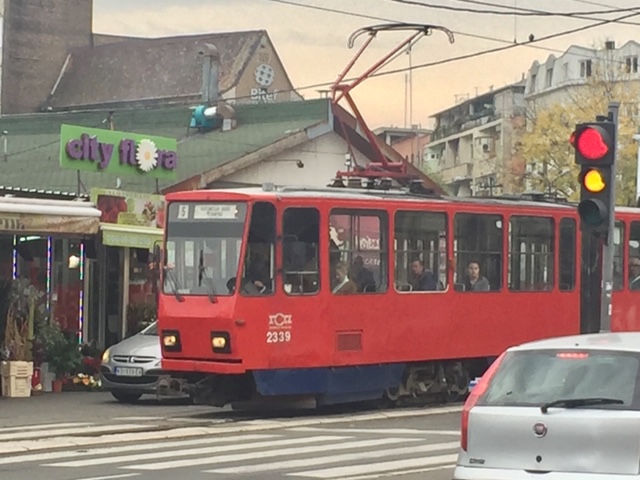 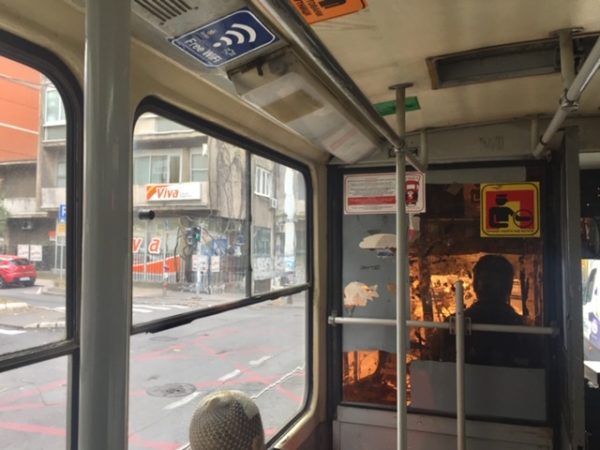 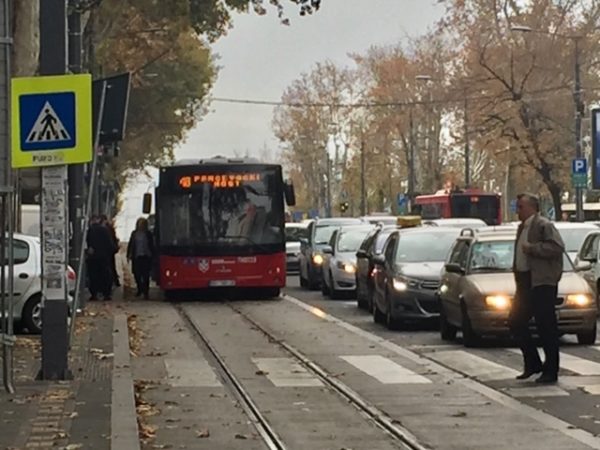 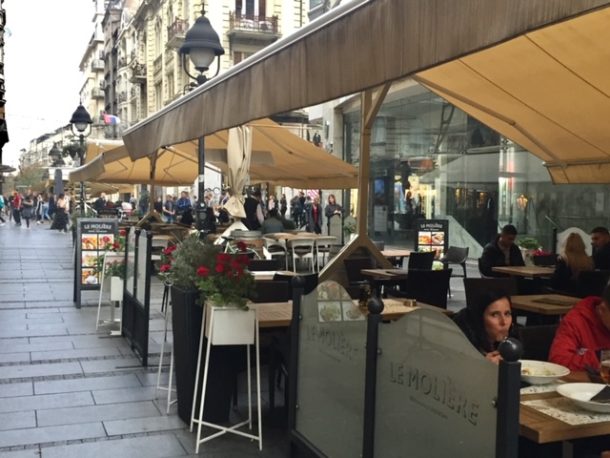 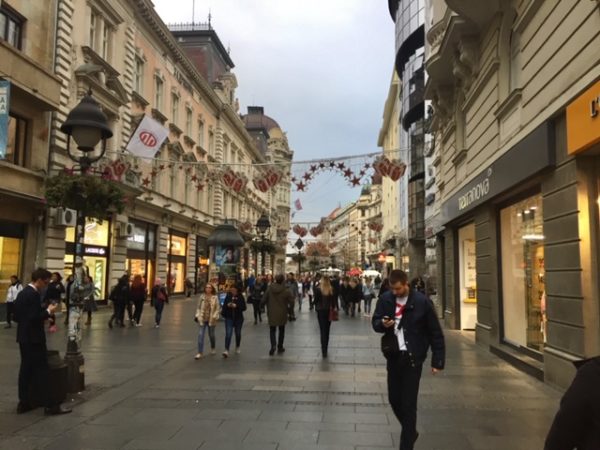 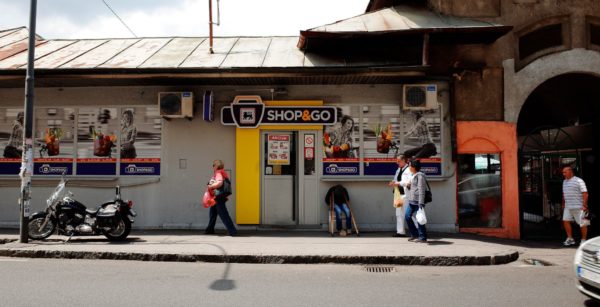 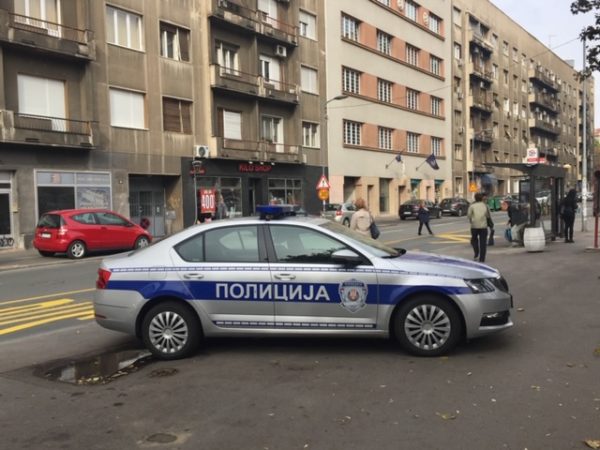 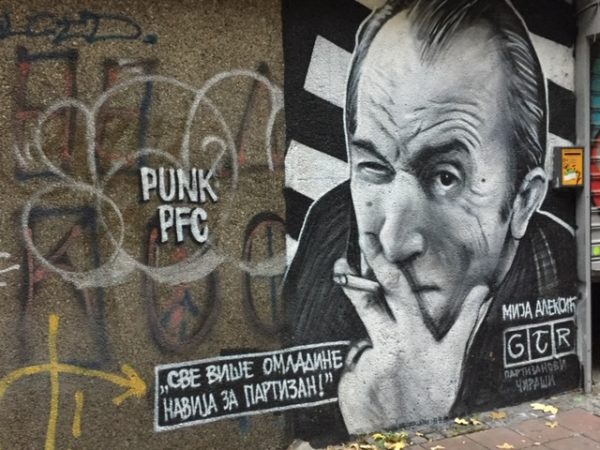 Belgrade - This mural is not about smoking but still made us think that too many locals smoke in public places. - Krista photo 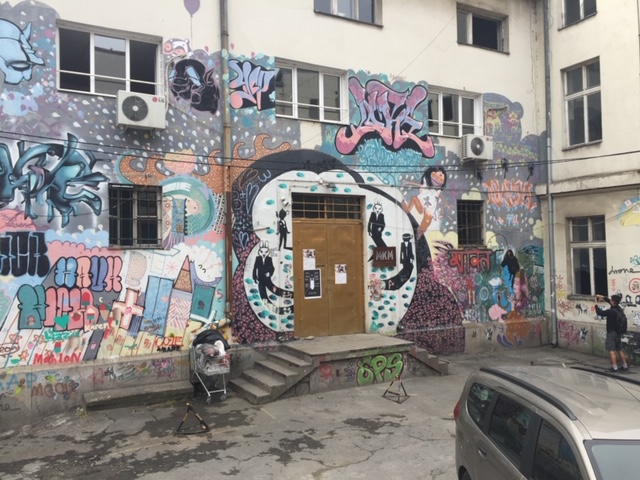 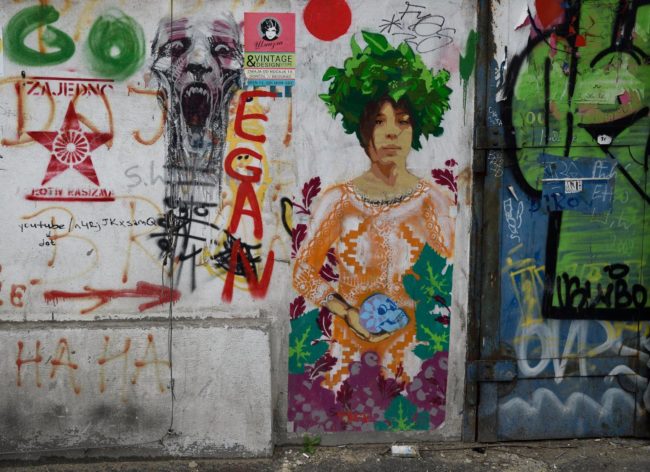 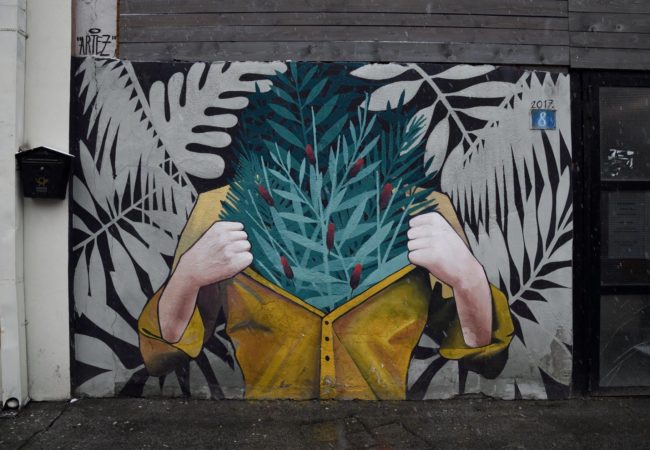 Belgrade is the capital of Serbia, the third-largest city along the Danube (after Budapest and Vienna).

Belgrade in Serbian is Beograd - means ,,white city" named after the white wall of the fortress that enclosed the city

Population (in 2020): 1.3 million- The population of the capital is homogeneous, with 90% being ethnic Serbs. The gypsy minority is quite significant.

Most of the buildings were built in the 20th century.

In 1999, the airforce of NATO bombed Belgrade to force compromises on the then Yugoslav leadership. Belgrade has suffered a lot of damage, and traces of the bombings can still be seen here and there 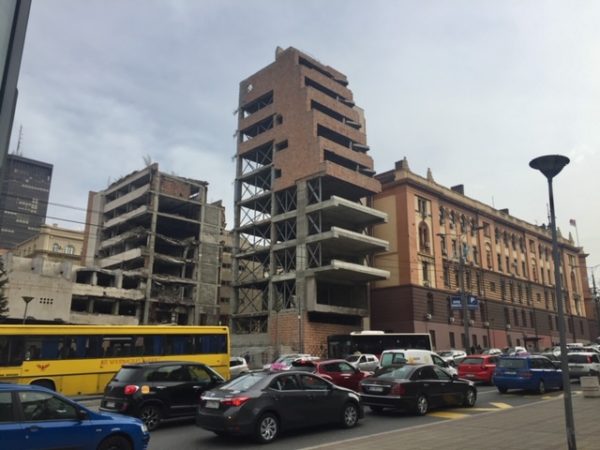 Belgrade - Even in 2018, many here curse Bill Clinton for helping Kosovo to break away from Serbia. - Krista photo 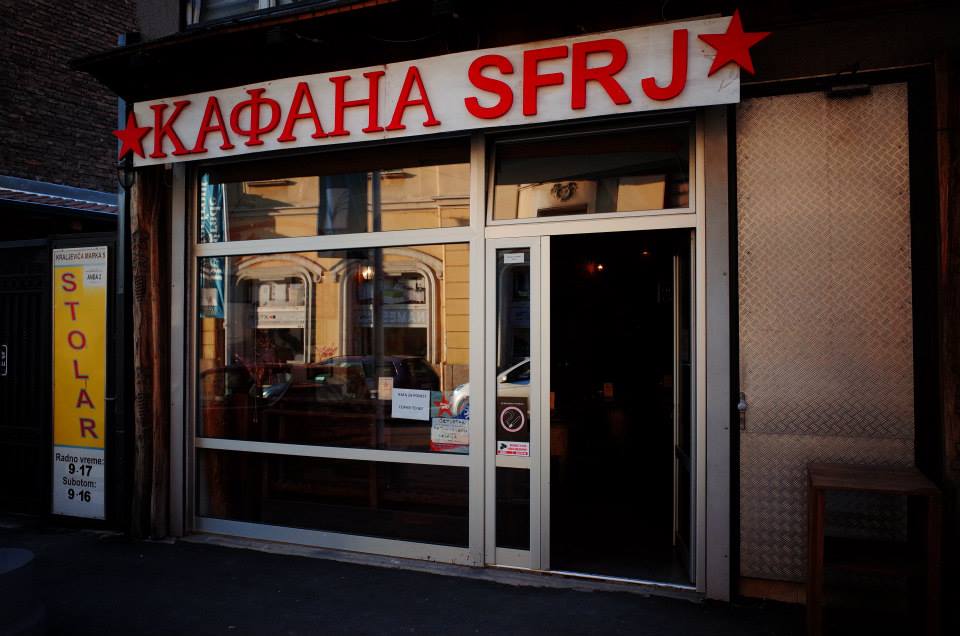 Belgrade - Sava Mala - The name of this cafe is SFRJ, the acronym for Socialist Federal Republic of Yugoslavia - presumably not a sincere Tito-nostalgia, but probably a kind of humor - e.v. photo 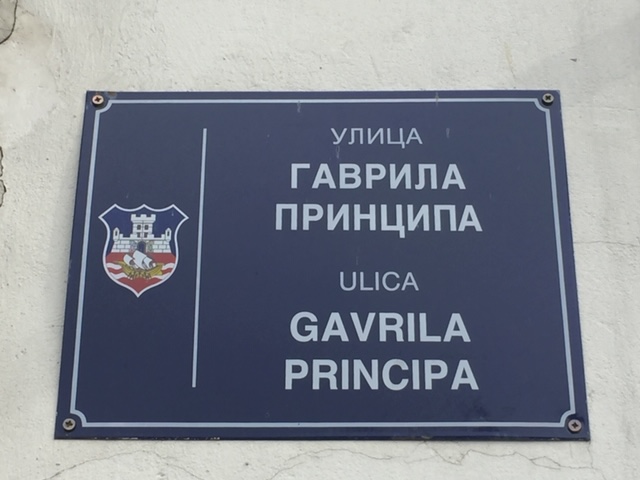 Belgrade - a street named after Gavril Princip, a Bosnian Serb who assassinated Archduke Franz Ferdinand in Sarajevo in 1914 and his shot led directly to the first world war - Krista photo 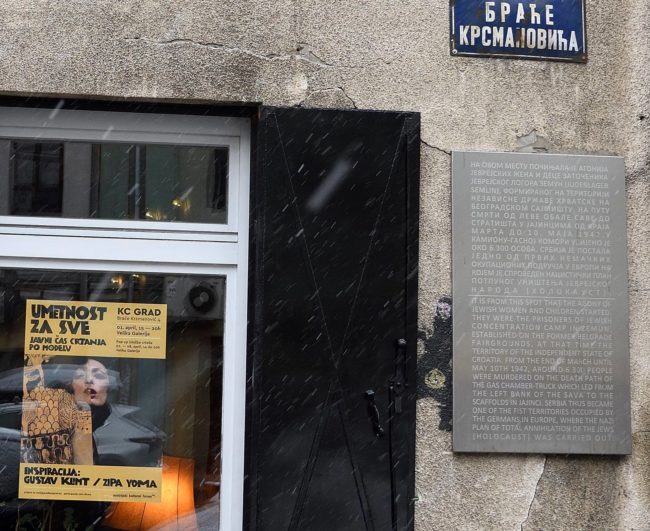 Belgrade - A memorial plaque in Sava Mala for 6300 Jews who were transferred through this location in 1942 and were exterminated outside Belgrade - e.v. photo 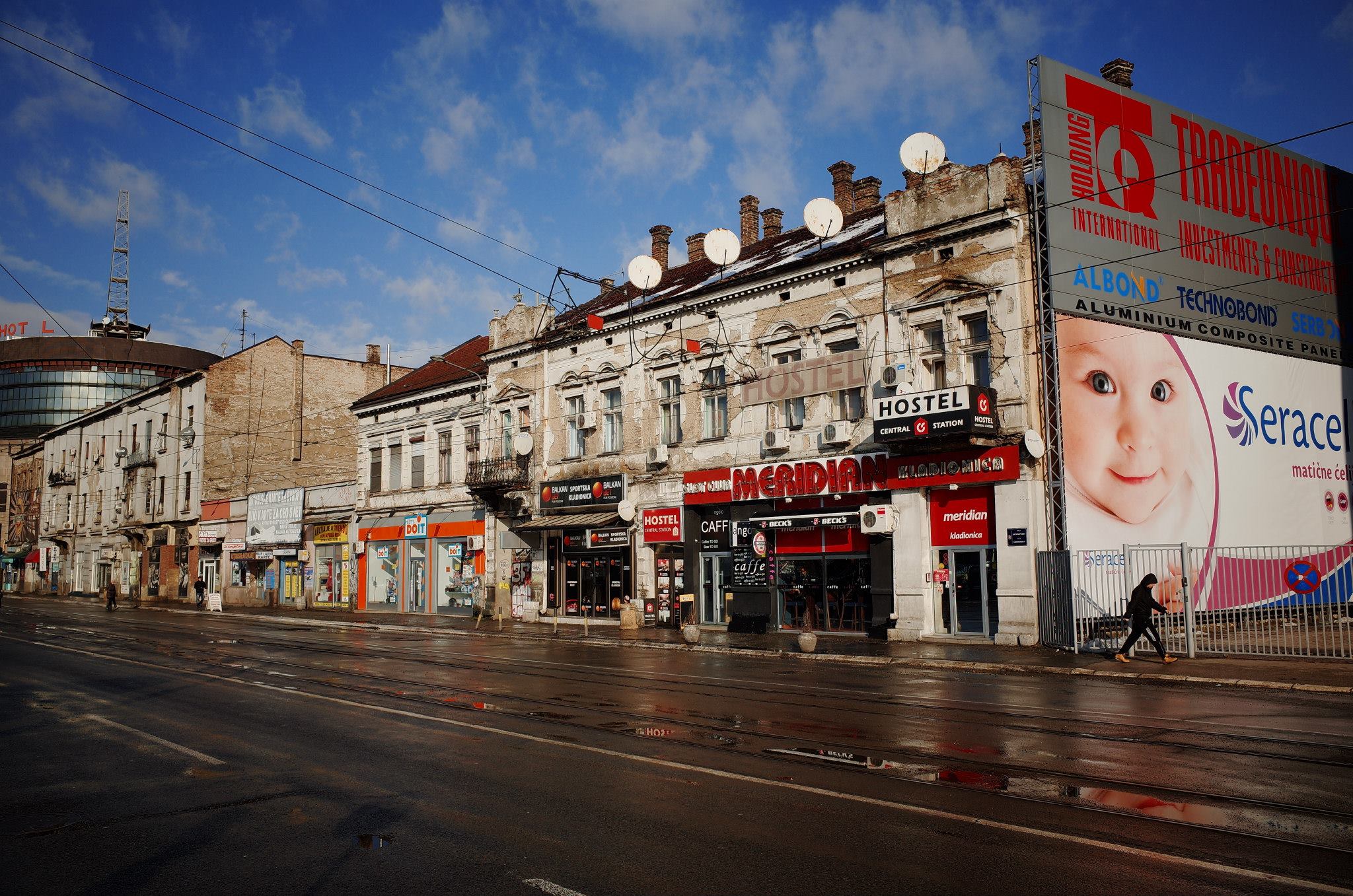 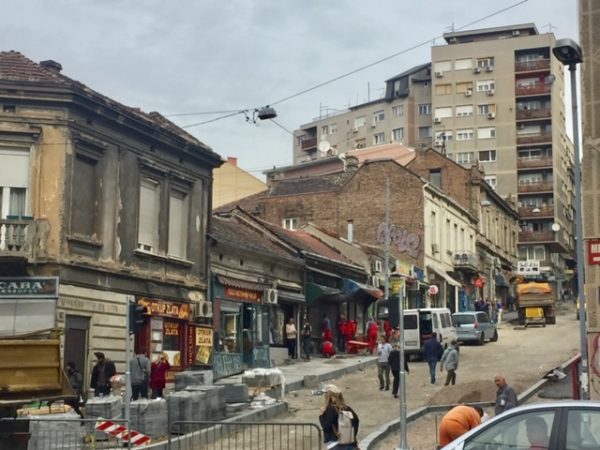 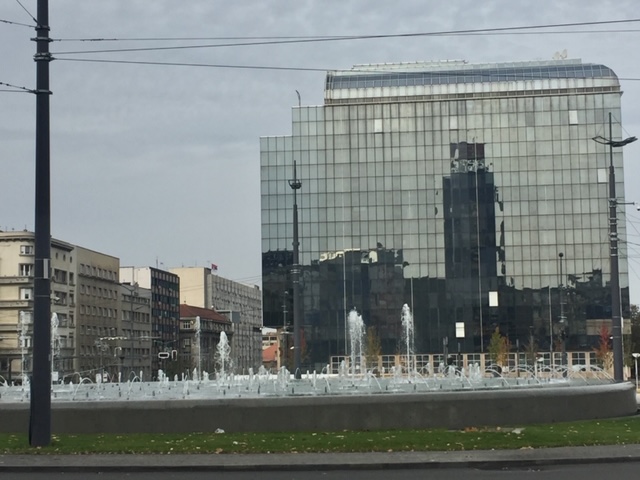 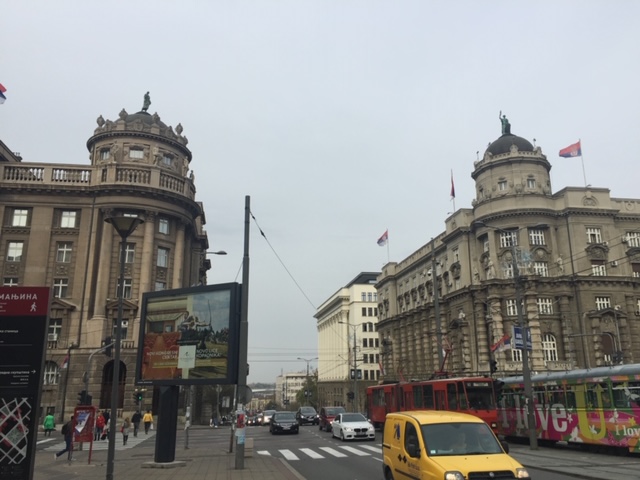 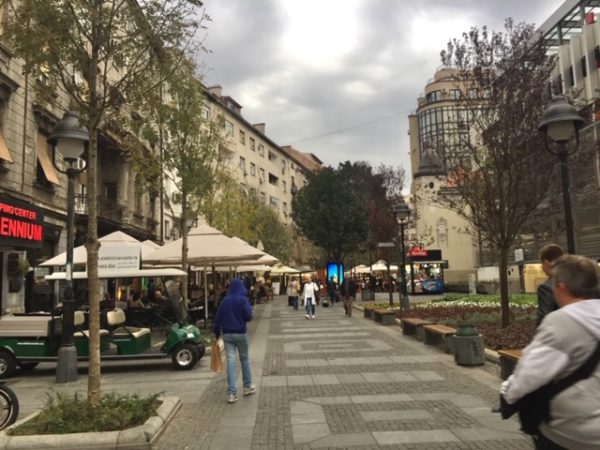 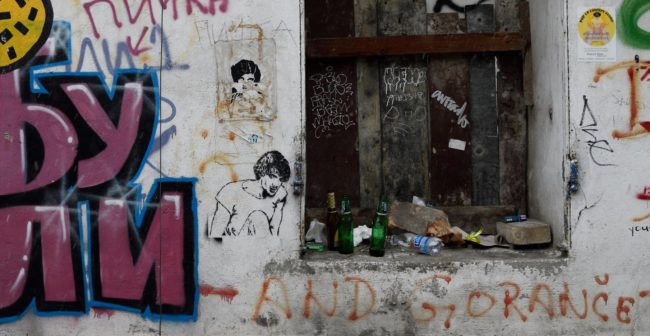 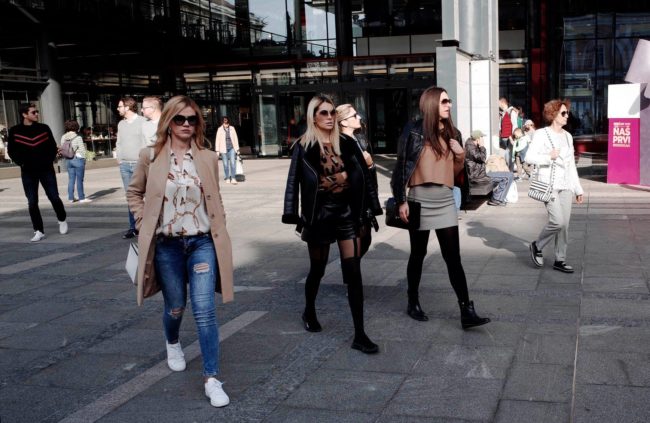 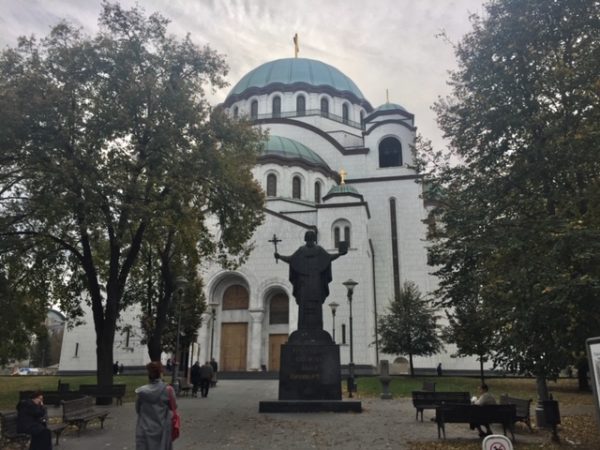 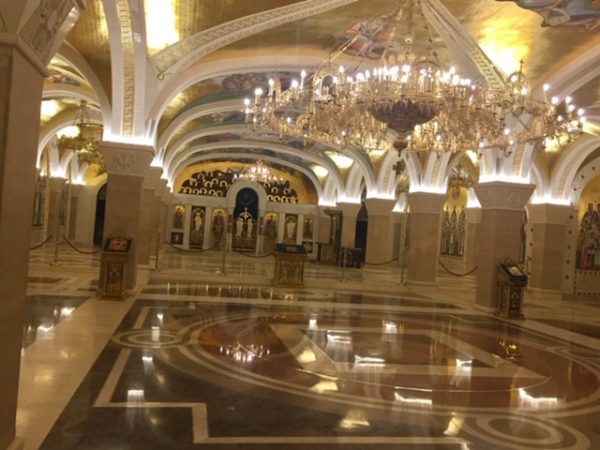 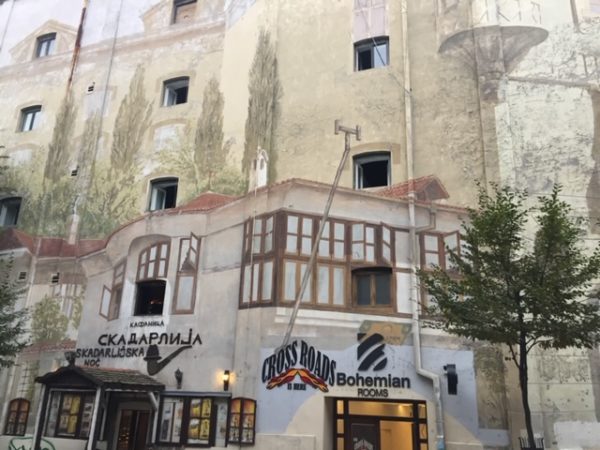 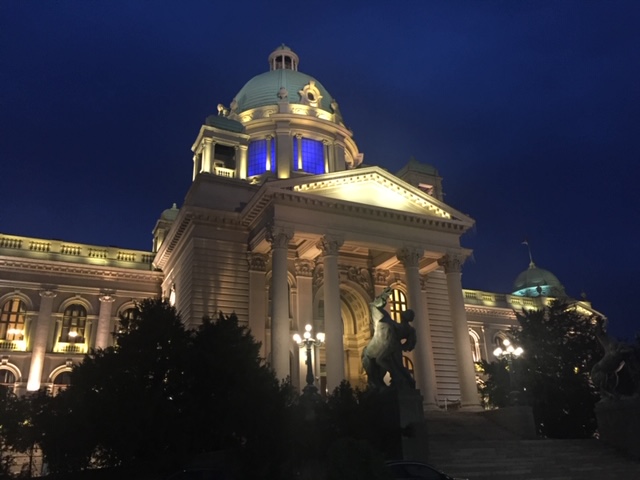